Maya Plisetskaya and her brother Azary: The Soviet ballet tour of America 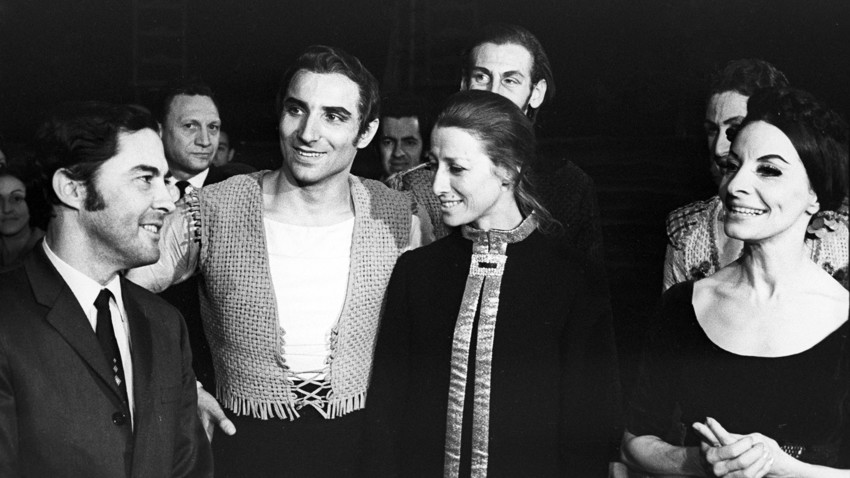 Shidlovskiy/Sputnik
Canned food in hotels, the Kennedy brothers, an electrified bench and 23 curtain calls - the story of the Bolshoi Theater's grand tour.

"In my I still have 8mm film capturing the moment when, during an air stewardess's flight safety demonstration before takeoff, Leonid Yakobson, in that childishly spontaneous way of his, tugged on the valve of his life jacket, which proceeded in a matter of seconds to inflate with a hissing sound. Releasing the famous ballet master from the inflated jacket proved to be very difficult." This amusing incident comes at the beginning of the chapter "Tour of America" in Azary Plisetsky's new book A Life in Ballet.

Azary is the brother of legendary ballerina Maya Plisetskaya, himself a former ballet dancer and later a prominent ballet teacher. In the aforementioned chapter of his new book of memoirs, which has just been released by Elena Shubina Publishers, he looks back at the Bolshoi Theater's famous tour of the U.S. and Canada in August 1962. A total of 120 dancers took part in the three-and-a-half-month tour; for it was their first trip abroad during the period of the Cold War and Iron Curtain.

Russia Beyond publishes several excerpts about the life of the dancers and Maya Plisetskaya herself during that major tour. 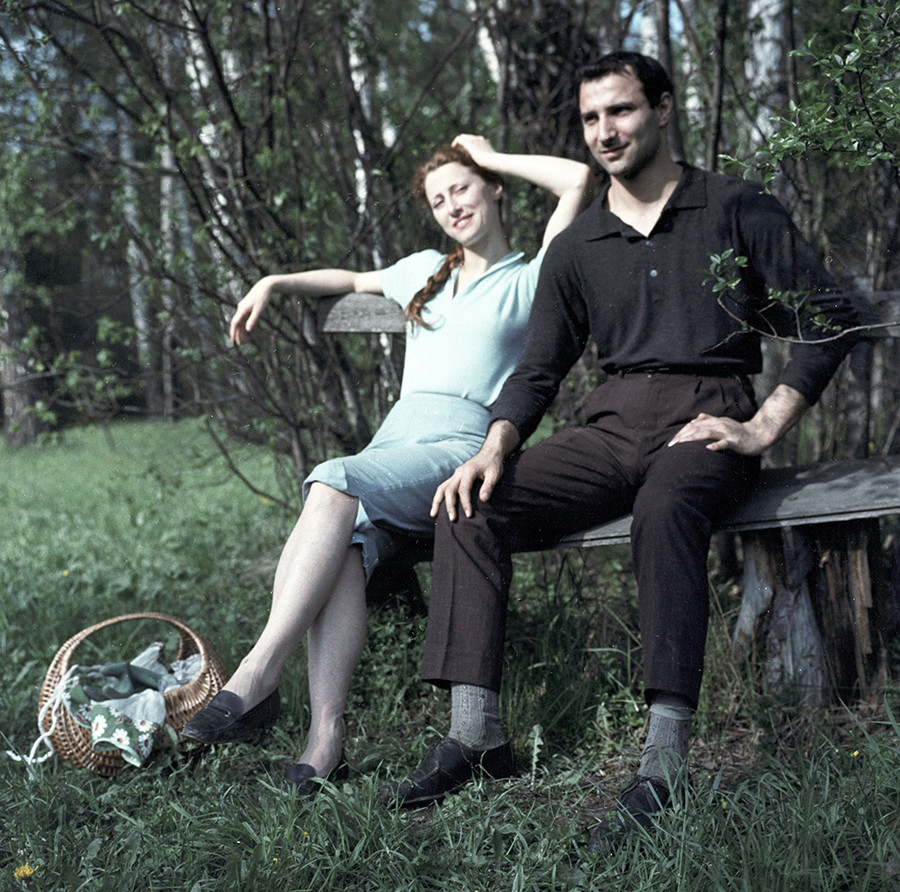 Maya Plisetskaya (left), lead dancer at the Bolshoi Theater and People's Artist of the USSR, and Azary Plisetsky, her brother and ballet dancer at the same theater, relaxing, 1962.

Going on tour, the "uncouth" Soviet dancers took with them impossibly heavy suitcases stuffed with canned food, cheese, and sausage. They heated up the provisions brought from Moscow on hotel clothes irons instead of eating at restaurants in order to save their tiny daily allowances. They used to leave the whole hotel without electricity by plugging in dozens of water heaters all at the same time to heat up water in their enamel mugs or make soup from concentrate. They saved money on everything to buy presents for relatives.

Once a young dancer, who had recently joined the company, knocked on the door of my hotel room.

"Can I use your toilet?" he asked.

later the situation was repeated - the young lad knocked on my door and once again asked to use the toilet. When he came with the same request for a third time, I lost patience and asked him:

"Isn't there a toilet in your room?"

We went to the room next door and looked into the bathroom - the toilet had a sticker saying "Disinfected." The lad, having decided that use of the toilet was not allowed, had been running around to neighboring rooms.

We danced in the old building of the Metropolitan Opera. Our performances turned out to be the last ones ever held on the stage of that theater. it was demolished. The tour opened with Swan Lake, which was received by the audience super-ecstatically. After the curtain came down, Maya took over 20 curtain calls to unending applause. A letter survives of Sept. 9, which I wrote to my mother in Moscow after Maya's triumphant performance:

"Maya's first performance went well, she danced with great enthusiasm and in the coda of the third act she stood in attitude position for such a long time that the audience burst into applause and started shouting. After the performance she took 23 curtain calls. The second and third performances went even better. Today is a day off and we visited the tallest building and from the 102nd floor looked at the city's panorama. Then we went to a reception given by a woman millionaire patron of the arts and in the evening saw a play at the Negro Theater. The dancing accompanied by singing involves impressive bodily agility. When, slightly late, we entered the theater, the audience stood up and applauded us, and, when Maya appeared, everyone started shouting: "Maya, !" Everyone knows her here, her female fans follow her everywhere, as in Moscow." 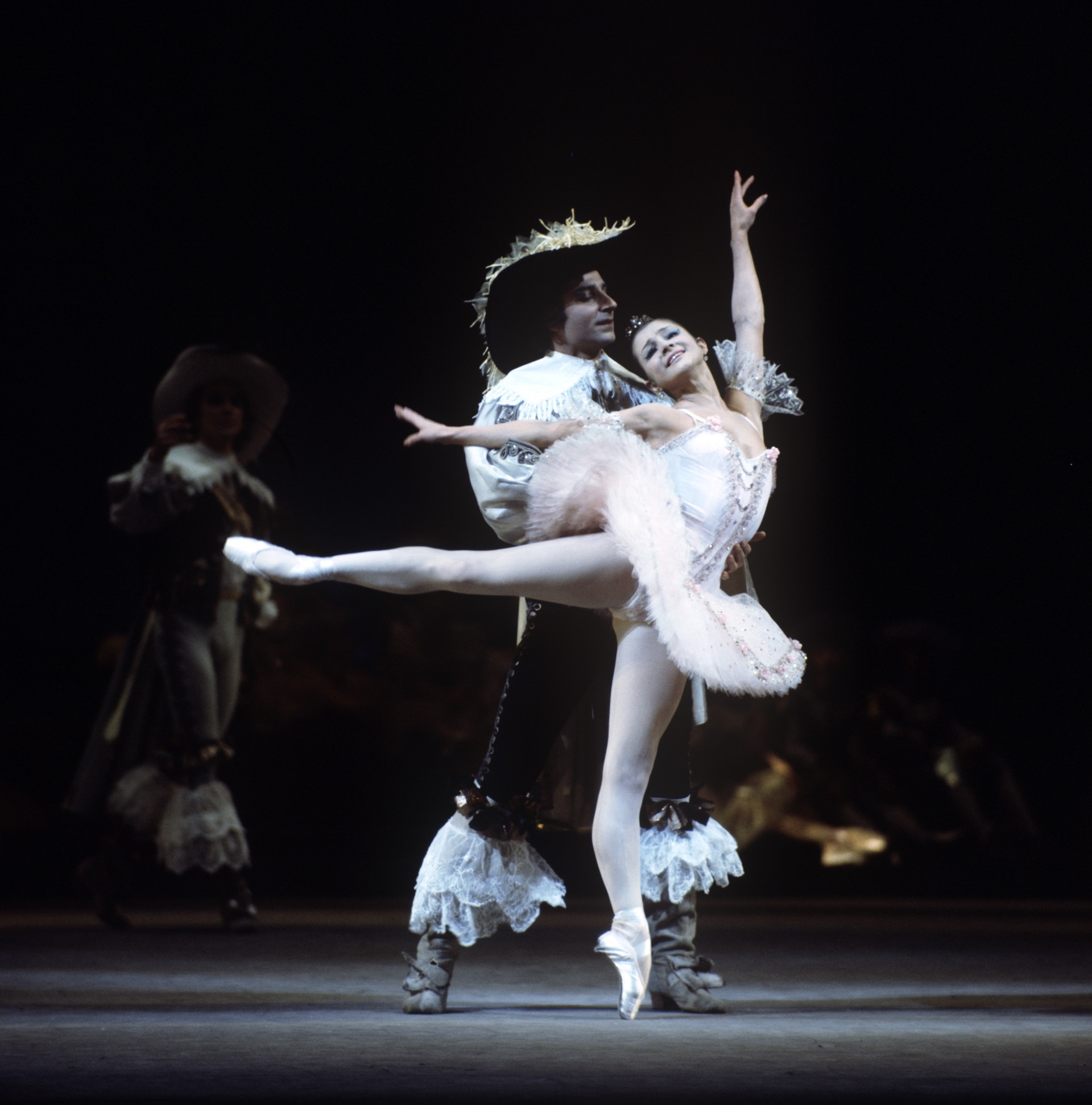 Yekaterina Maksimova as Princess Aurora and Azary Plisetsky as Suitor in a scene from Pyotr Tchaikovsky's ballet Sleeping Beauty. 1978.

It was such an effort to take Maya away from the shops! I remember how several hours before the very first performance of Swan Lake on the way to the theater she suggested that we pop in to Macy's. This famous department store on Eighth Avenue was not far from the old Metropolitan Opera.

"Maya, the performance is starting soon," I reminded her.

"We'll literally go in for five minutes," she vowed.

In the end, half an hour before the start of the performance, I found her on the ground floor of Macy's in the underwear department and she was refusing point blank to leave. Thank God she wasn't due to appear on stage in the first act of Swan Lake. But I was running very, very late!

When we were on tour in Boston, several members of the company were invited to the president's summer residence on Cape Cod. At the I met the three Kennedy brothers and their mother Rose. From the start Maya formed a very warm rapport with Robert. When it emerged that they were born on the same day - Nov. 20 - there was no end to their mutual joy and surprise. Robert adored Maya and, by association, we too could feel the goodwill of the Kennedy family. Many years later, already in the 1970s, when Edward, the youngest of the Kennedy brothers, paid a visit to Moscow, we met again. It happened on Leninski Prospekt, in the home of the famous collector of Russian avant-garde paintings, George Costakis, with whose daughter I was friends at the time. George had invited artists, performers and poets to the reception with Kennedy. When I was introduced to Edward as the brother of Maya Plisetskaya, he recalled our visit to Cape Cod and, putting his arm on my shoulder, observed with sympathy: "We have the same destiny - first and foremost, we are somebody's brothers."

In Los Angeles, we were staying in a hotel not far from Hollywood… Film stars Natalie Wood, Ingrid Bergman, Warren Beatty and Shirley MacLaine were sitting in the front rows of the stalls... But even the presence of such a large number of celebrities in the audience didn't produce as strong an impression as the rules set by the American trade unions. For example, our impresario Sol Hurok had to pay Shrine Auditorium musicians cancellation fees just because we had brought our own orchestra and they were not required to play. The trade union considered it a violation of the employment contract and obliged the entrepreneur to pay for the orchestra's downtime. 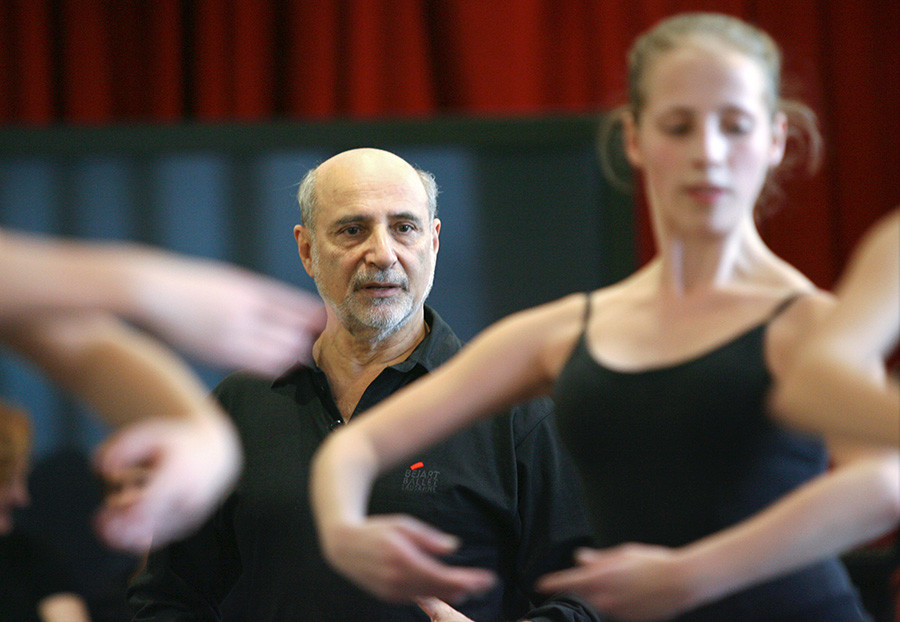 Azary Plisetsky, a famous dancer and staff coach of Maurice Bejart's Company in Lausanne, conducts an exclusive master-class in Novosibirsk. 2008.

Or another example. At the Bolshoi it was customary to help the stagehands during a change of scenery. And, to get the stage ready for the next act more quickly, the dancers would untie the backcloths and help take away individual parts of the scenery. But in America all of our attempts to help provoked a storm of indignation among the stagehands. Chasing us away from the scenery, they shouted:

"You have no right to interfere in our work!"

And meanwhile we were sincerely trying to help the working class, whose representatives, as it turned out later, earned much more than our soloists. Perhaps it was this circumstance that allowed them to feel somewhat superior towards the guest performers from the USSR and constantly practise their wit on them. Once, for fun, one of the stage workers attached small electrical leads to a bench used as a prop in Giselle. When somebody sat on the bench, one of the pranksters sat down next to them and pressed a button to cause a weak but perceptible electric shock. The Bolshoi's principal designer Vadim Fedorovich Ryndin fell for this joke. Checking the scenery before a performance, he sat on the bench without suspecting anything. An unflappable stage worker sat down next to him and pressed the button. Feeling the electric shock, Ryndin jumped up where he sat and burst into a stream of terrible abuse, which was met by Homeric laughter. It was just as well that they remembered to disconnect the bench before the actual performance, in which Giselle was to sit down to pluck the petals of a daisy in a game of "he loves me, he loves me not."