8 stunning buildings by Lubetkin, the Russian who championed English Modernism 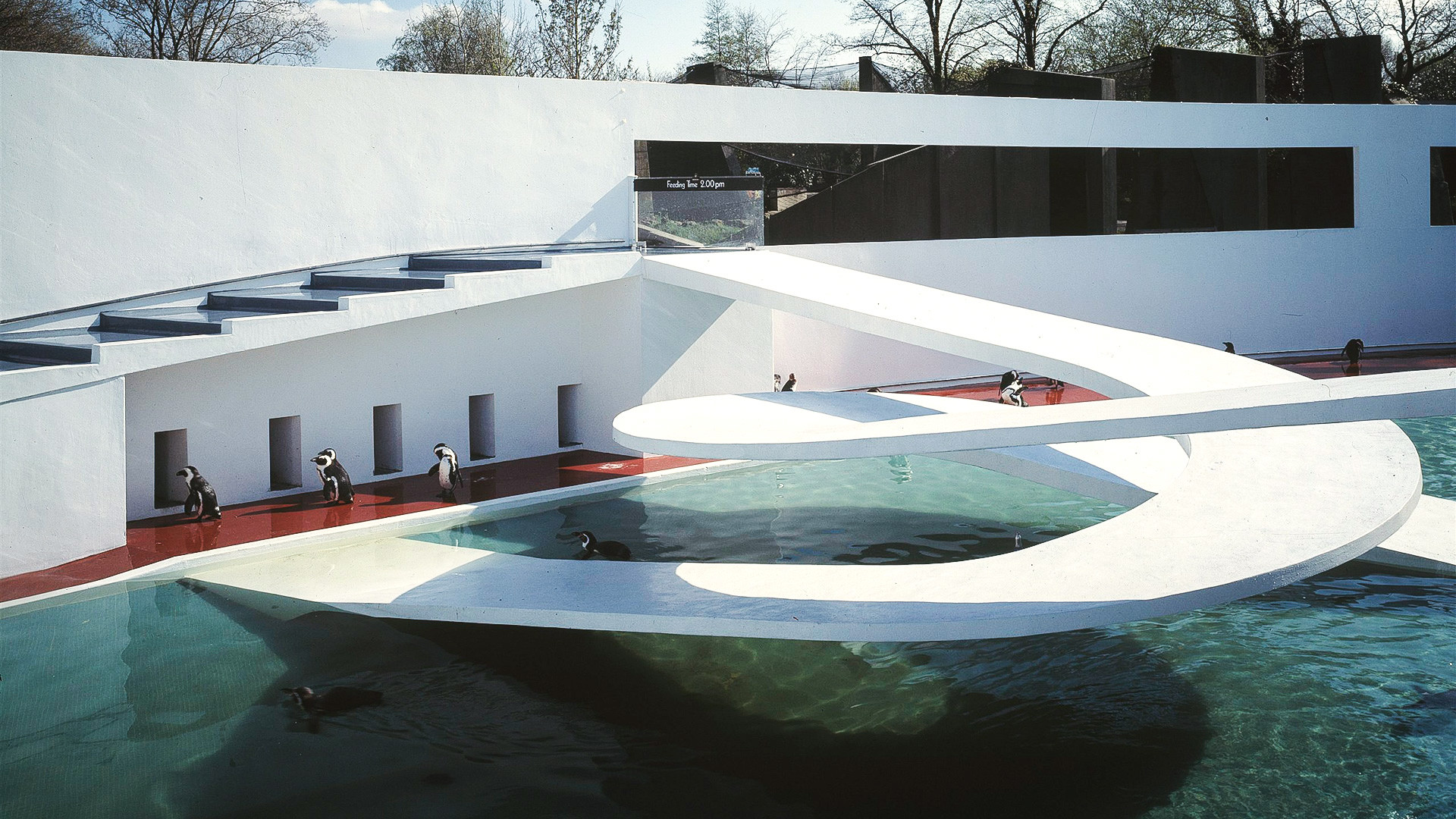 Global Look Press
“Nothing was too good for ordinary people” – so went Berthold Lubetkin’s mantra. Both humble and a visionary, his work would go on to engender the UK’s most socially ambitious Modernist architecture.

Berthold Lubetkin was a product of his era. When he brought his Modernist vision to the United Kingdom, he shook the country from its Victorian redbrick foundations.

Having witnessed the October Revolution from his bedroom window in Moscow as a teenager, Lubetkin went on to spend the 1920s in Berlin and Paris alongside the great Constructivists of the day, including Wilhelm Worringer and Le Corbusier. However, increasing Stalinist hostility toward the “elite” complexities of Formalism forced Lubetkin to reconsider his desire to return to the Soviet Union. Instead , he was tempted towards England in 1931.

A socialist and a product of the 1918 Revolution, Lubetkin was determined that England’s new hospitals and social housing would be more than just buildings, that they should provide inspiration and aesthetic meaning for the communities they served. As Lubetkin argued,  “Architecture can be a potent weapon, a committed driving force on the side of enlightenment.” 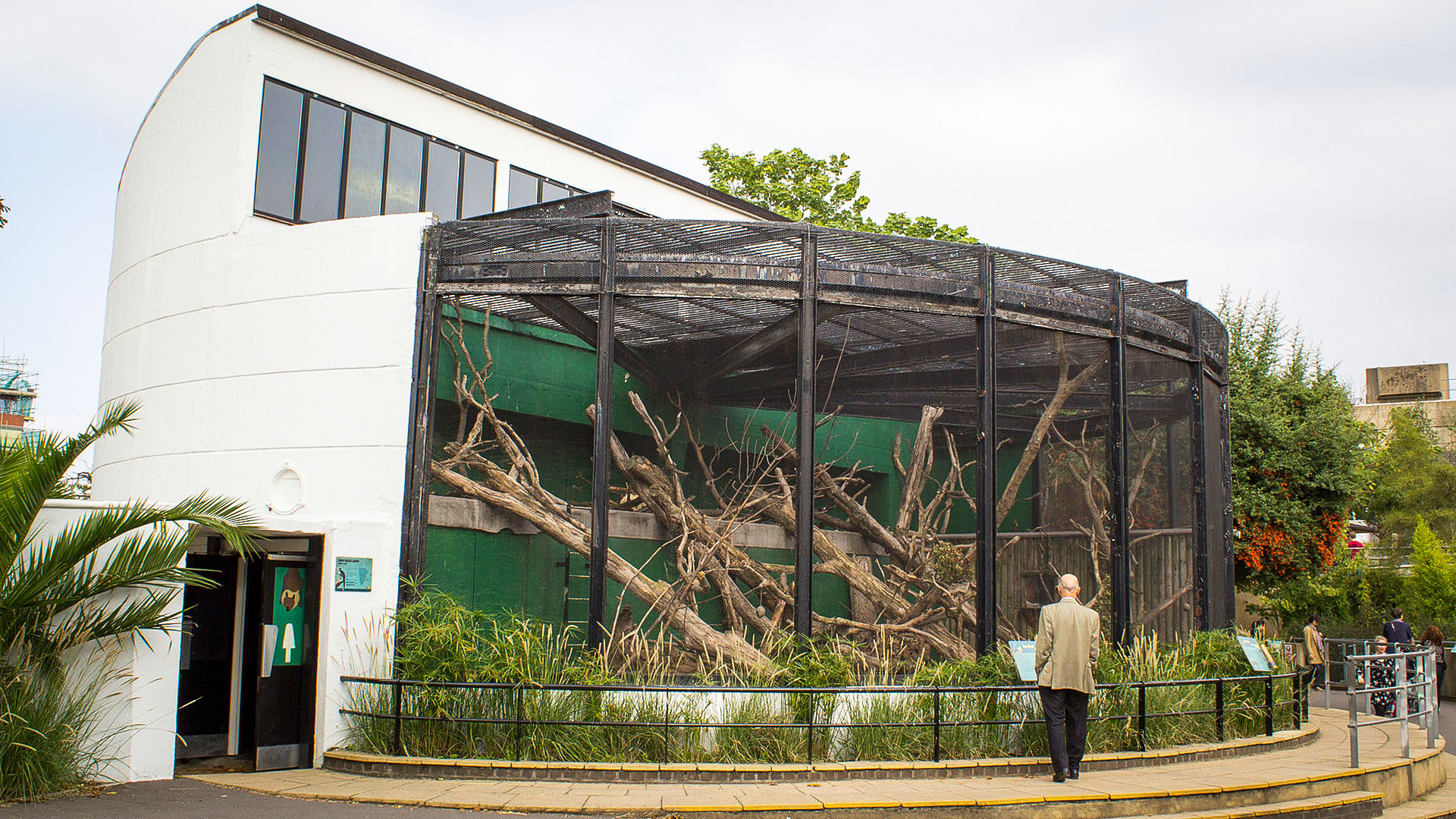 The Round House was home to London Zoo’s gorilla population. It cleverly incorporated a 180-degree glass panel into its façade, providing the majestic primates with the most open and grandiose platform possible. The convertible open cage on the building’s ceiling took the climate into account, giving the gorillas a temperate climate in summer while still keeping them visible to the public during the winter. 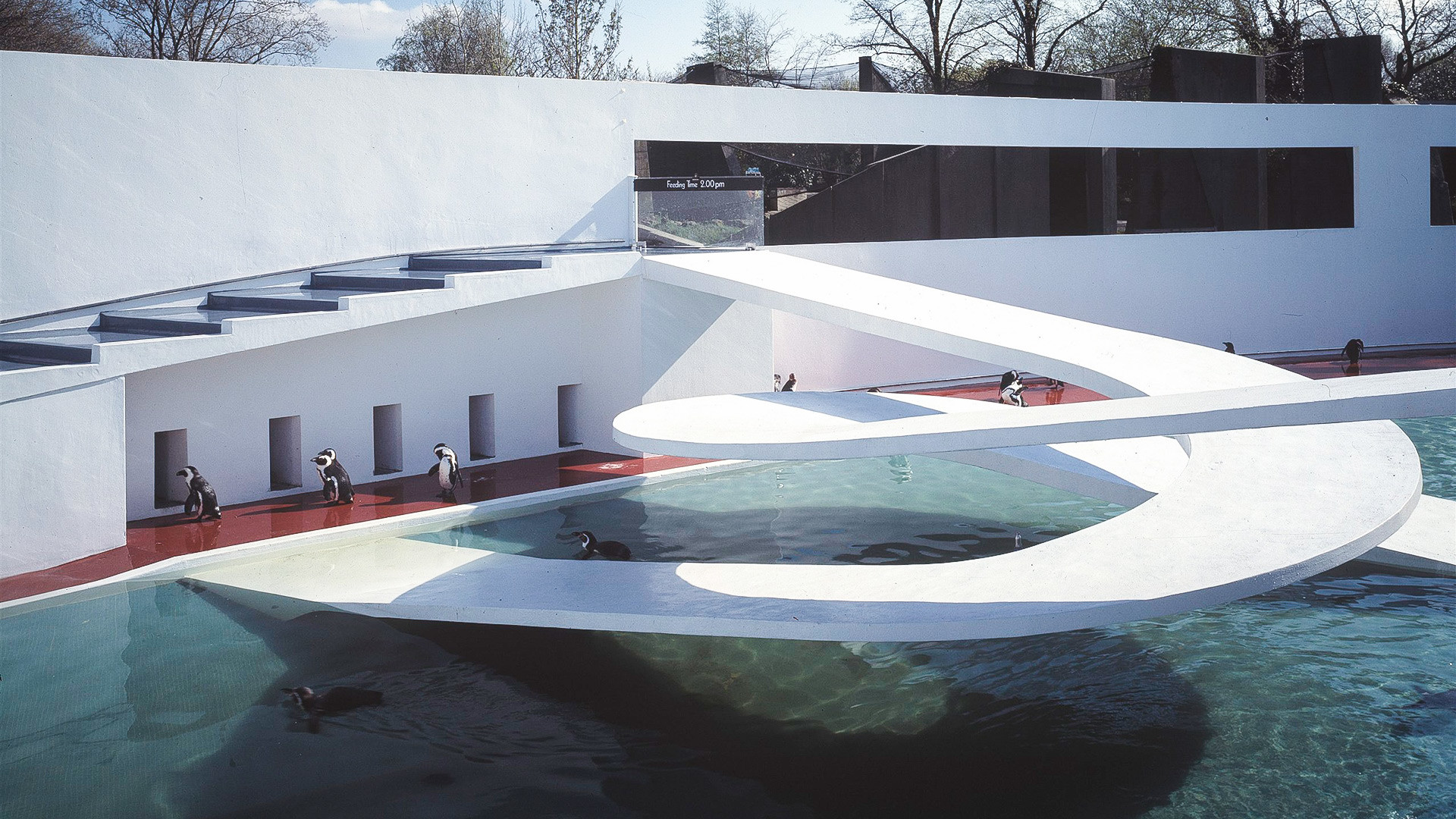 Perhaps the most iconic and lasting of Lubetkin’s London constructions, the Penguin Pool showcased the expressive potential of Modernism to a hitherto oblivious public. The structure’s complex double helix walkways set an ambitious aesthetic precedent for the movement that continues to enchant visitors to this day. 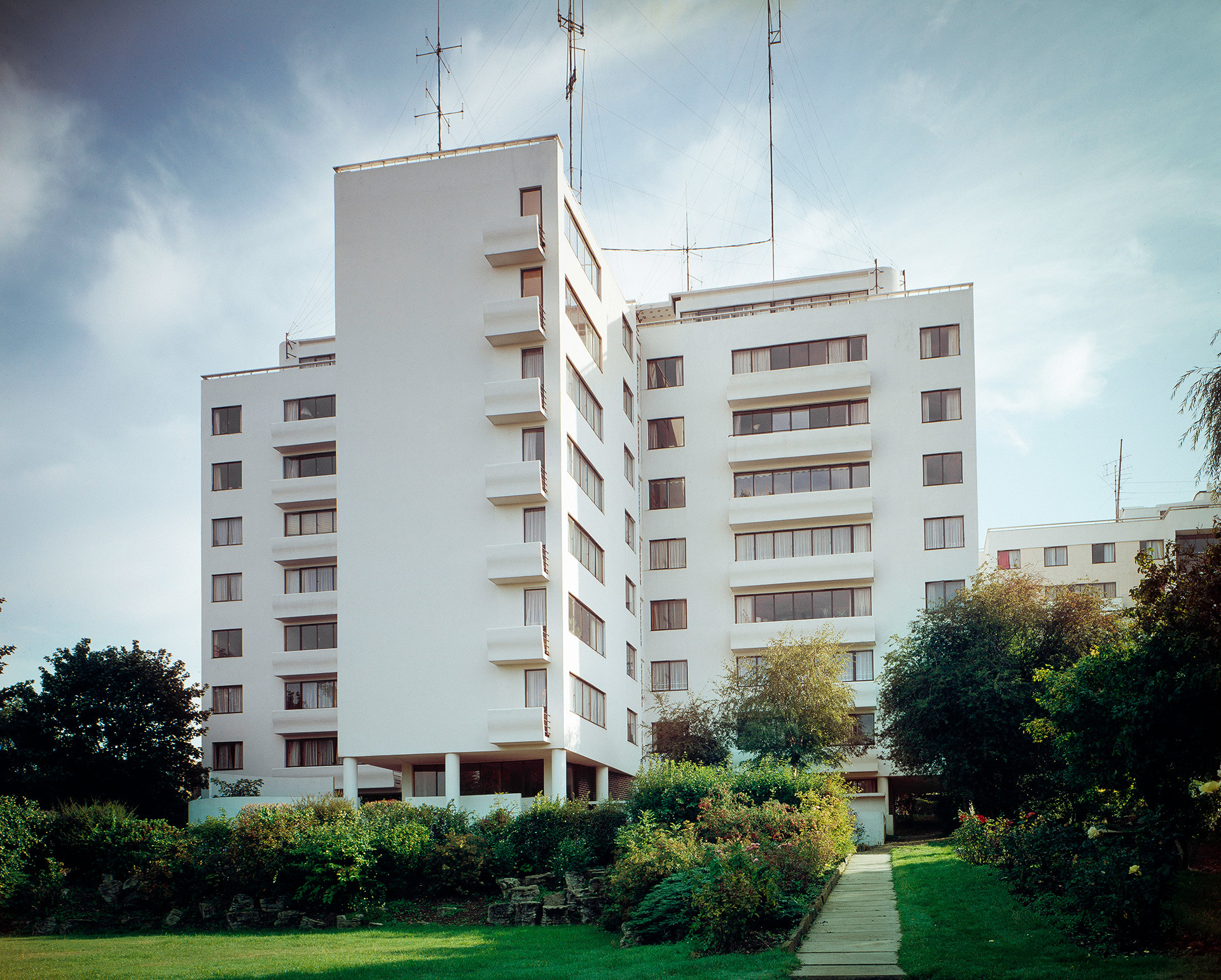 This widely celebrated middle class living complex bred a new concept of luxury housing for well-to-do young Londoners in the 1930s. The towers’ recognizably lavish caryatids and exotic décor (every bit of which Lubetkin designed himself, down to the door hinges) earned the building worldwide acclaim in its day, with Le Corbusier calling Highpoint “an achievement of the first rank.” 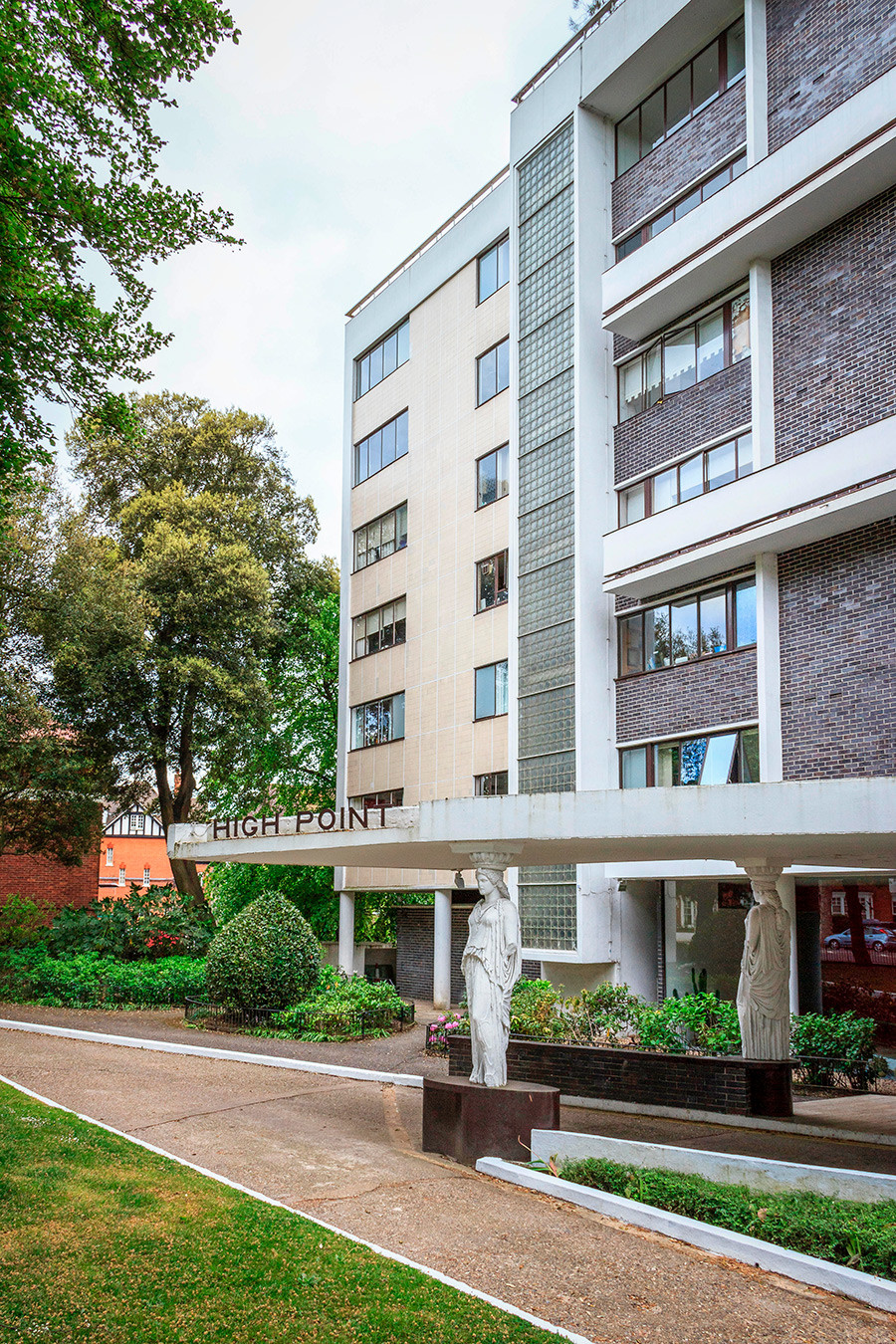 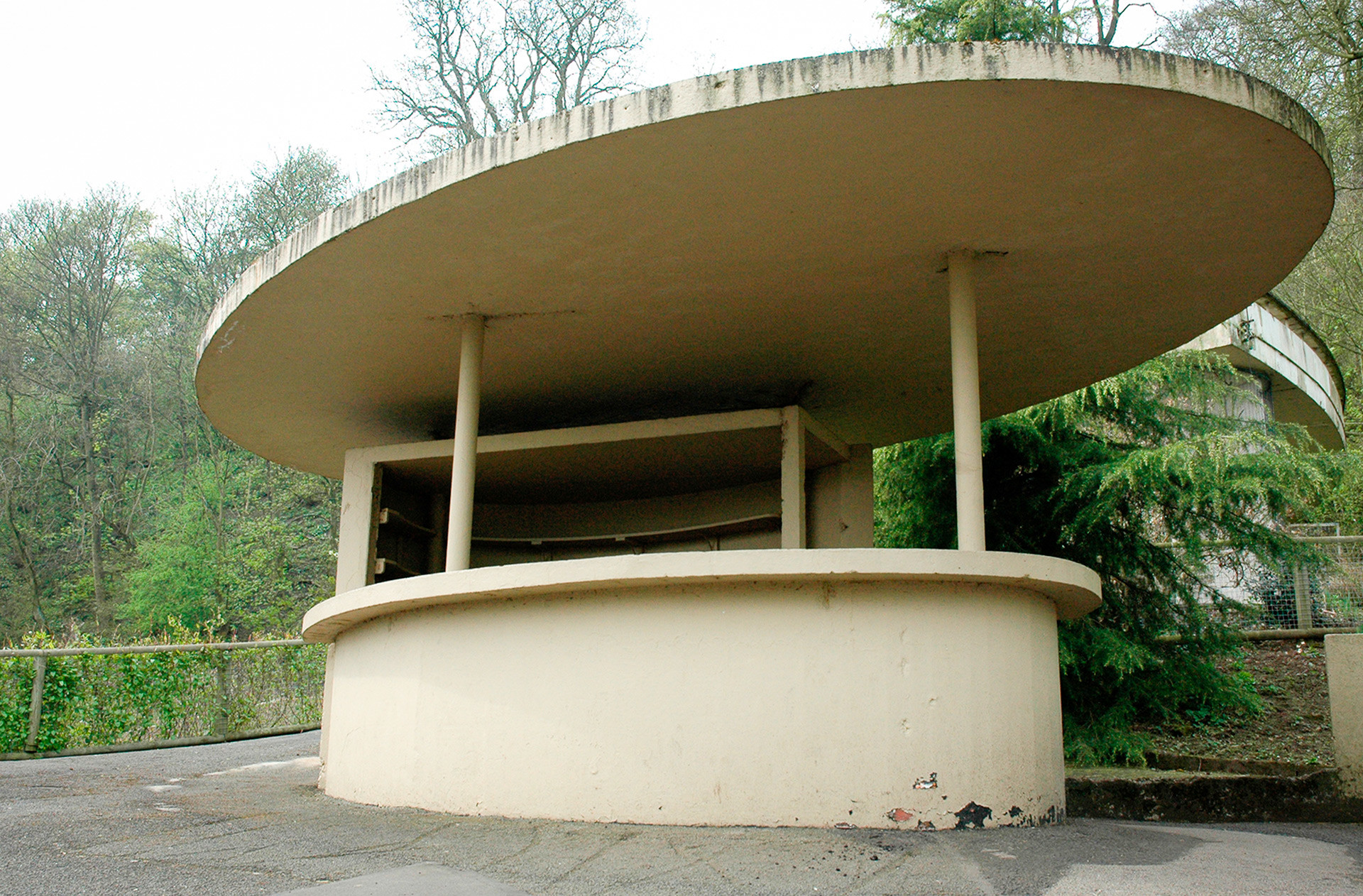 This Art Deco marvel held particular ideological merit for Lubetkin, who sought to smash urban sprawl of the Depression-hit West Midlands. On the gardens’ opening day, 250,000 people turned up and got a glimpse of a brighter, cleaner and more modern way of life. 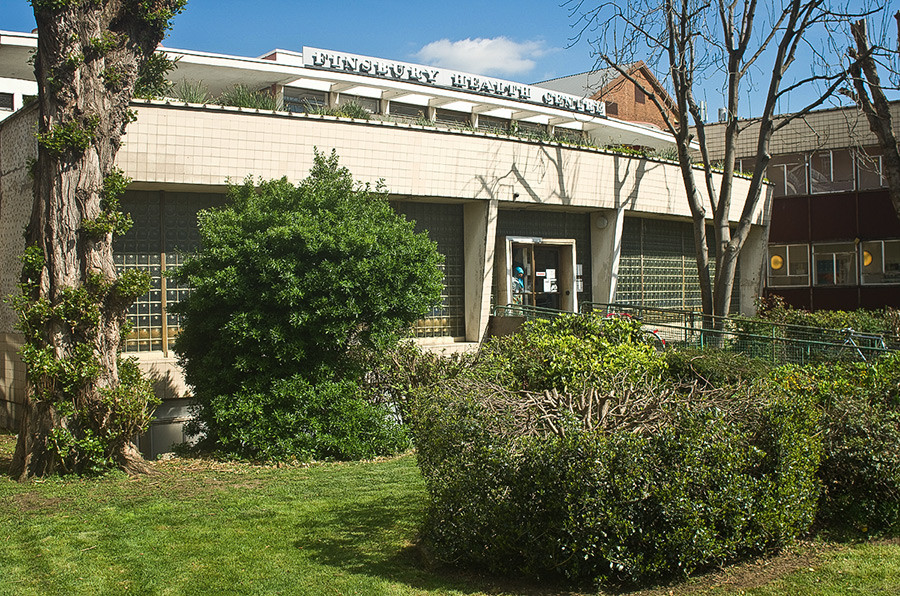 England’s first Modernist public commission looked to turn the contemporary conception of hospitals’ dreariness on its head. Lubetkin’s building itself embodied a message of healthy living, boasting “an entrance hall flooded with light through a wall of glass bricks, clean surfaces and bright colors to produce a cheerful effect.” 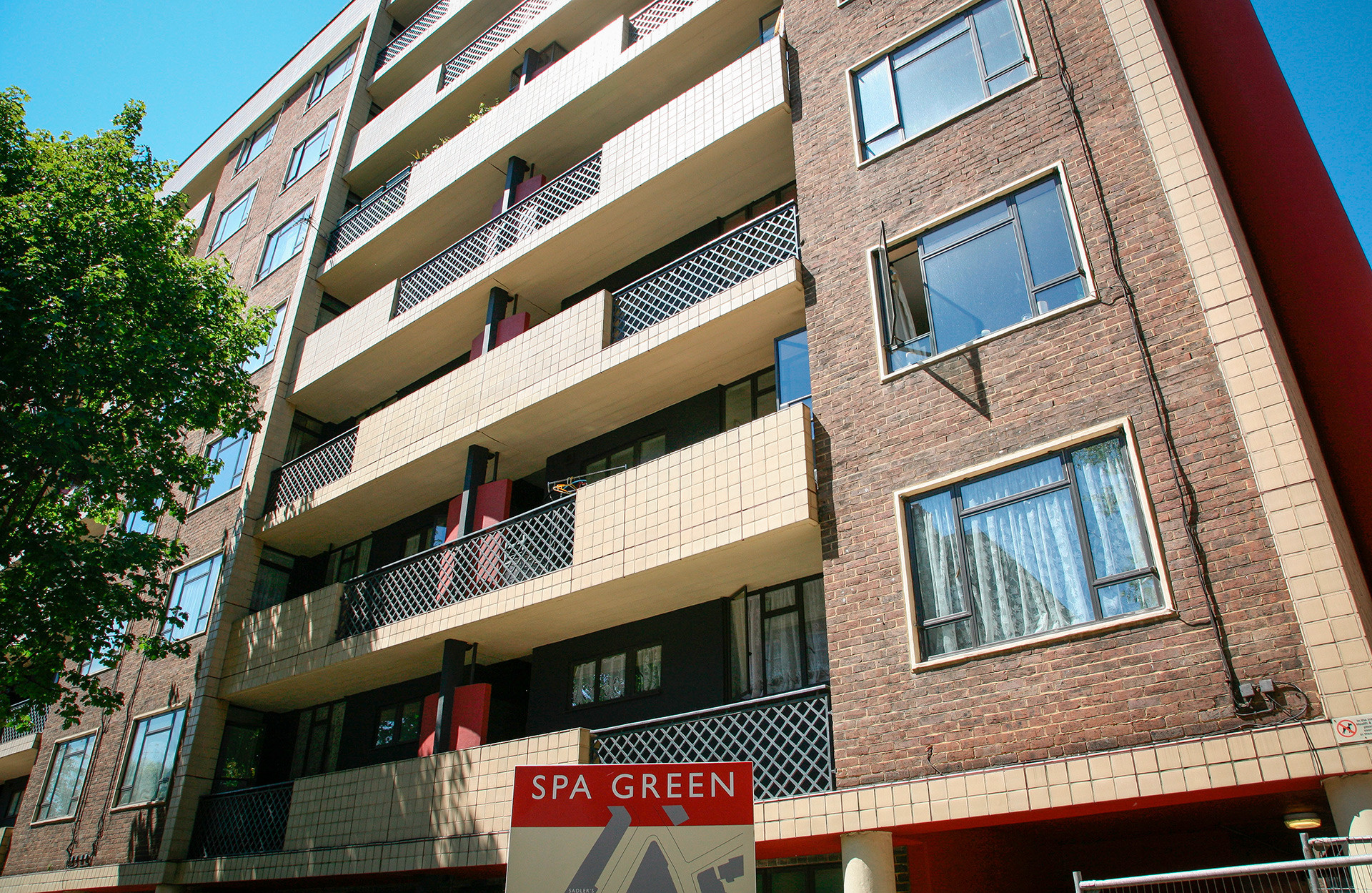 As with Finsbury Health Center, Lubetkin wanted his first council house project to instill a sense of aesthetic and material ambition into Britain’s bourgeoning postwar welfare state. He certainly made a statement with this “egg crate” estate by decking its spacious balconied flats out with central heating, elevators and fitted kitchens (features considered extensive for their time). 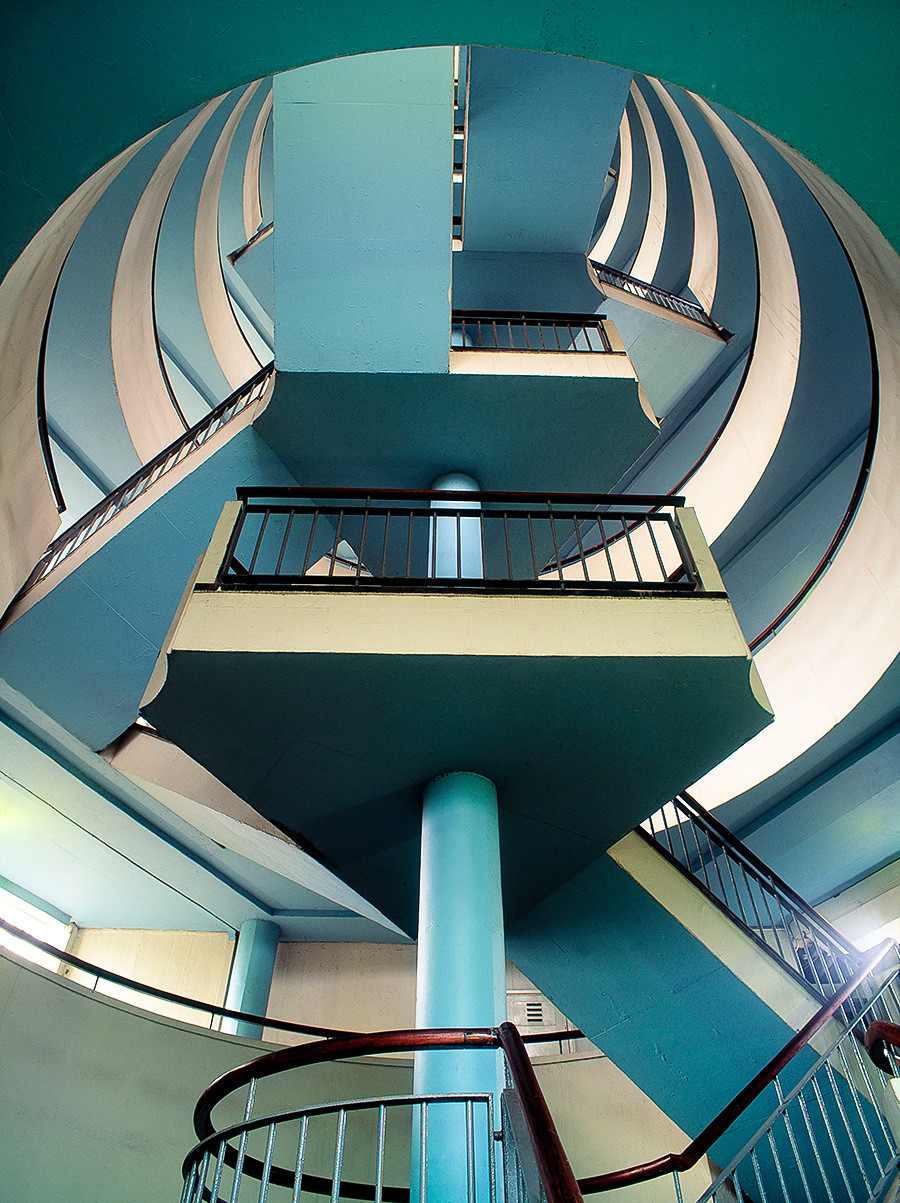 The conservative postwar social housing climate placed more emphasis on keeping costs down, meaning that Lubetkin’s next project, built on Lenin’s former residence in exile, would be noticeably less disruptive to its surroundings, looks-wise. The most noticeable feature of Bevin Court is actually inside the building: a stunning constructivist staircase that forms the building’s heart. 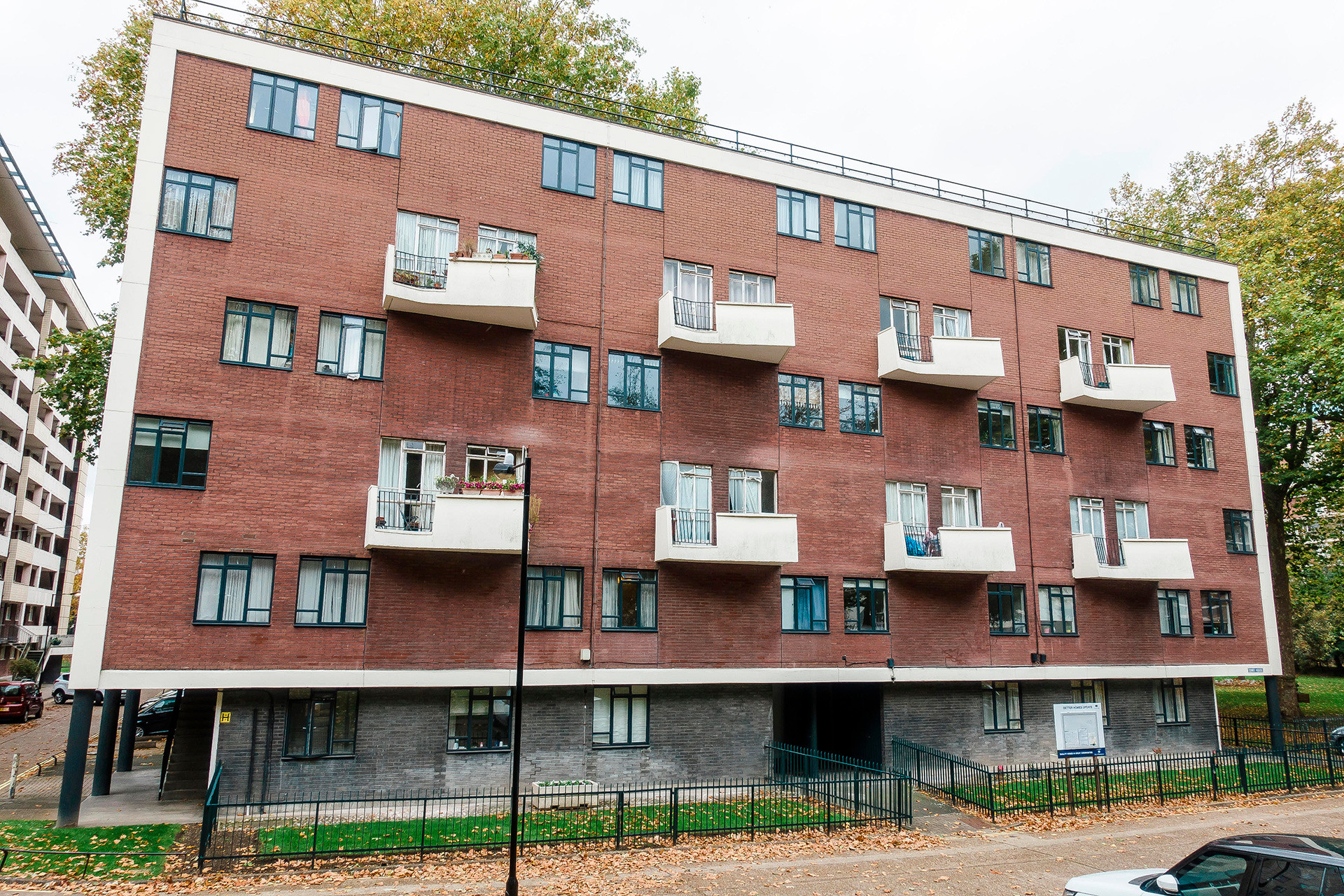 This sleek, boxy Shoreditch manor is a monumental rebuttal to the claim that postwar council housing had to be bland or menacing. Characterized above all by its various black and white exteriors and stylish blue and red brickwork checkerboard façades, Hallfield’s expressive constructivism pays tribute to Lubetkin’s love of the quirky and abstract.