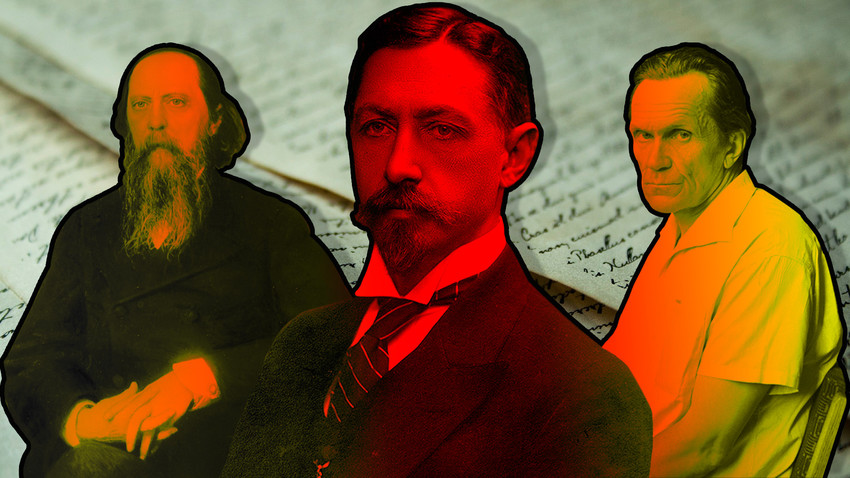 Sputnik, A. Less/ ТАСС, Georgy Trunov/Wikipedia, Pixabay
Their names are slowly drifting out of popular consciousness, but we want to bring them back, and here’s why. 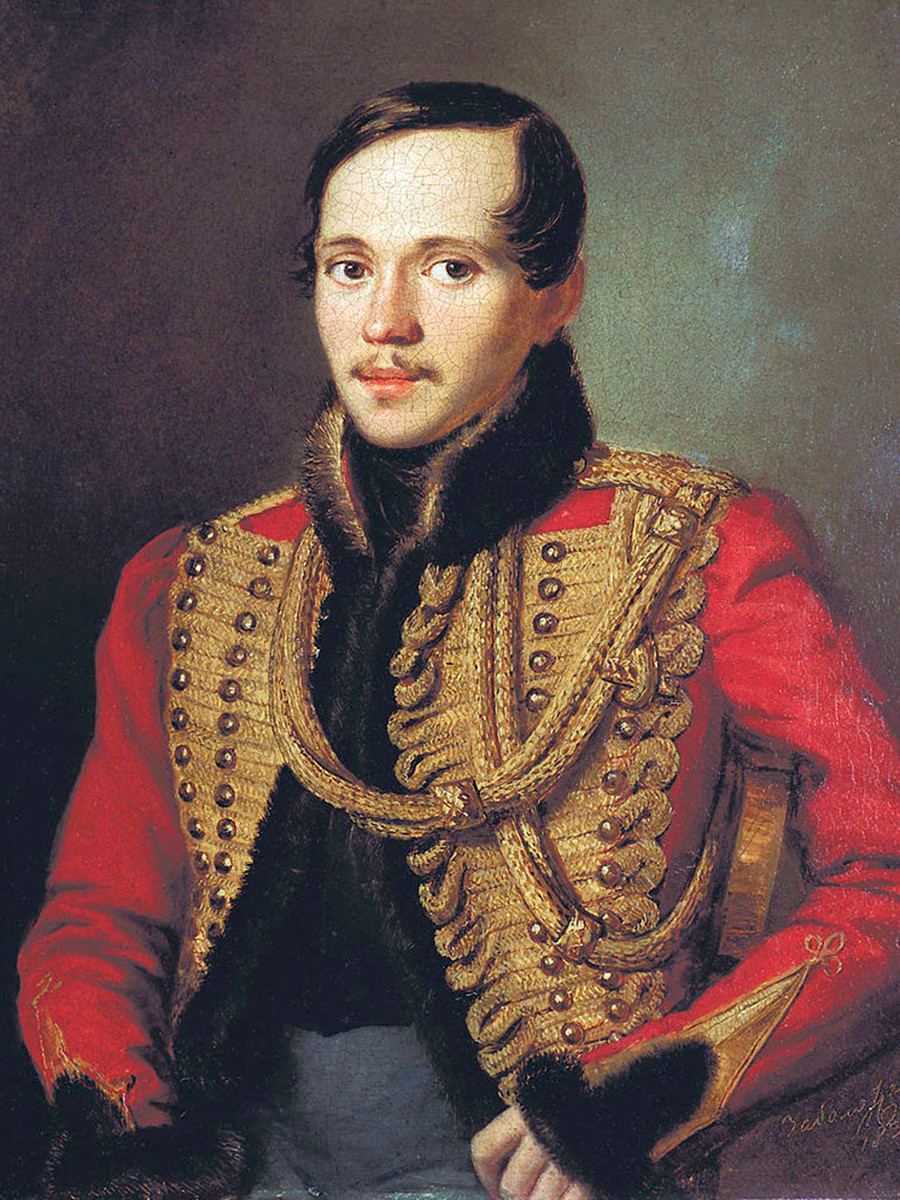 Why underrated: Not many people know Lermontov as a prose writer
For whom: For those who’d love to dive into the bitter world of an exiled Russian army officer

For most readers, Mikhail Lermontov is primarily known as a Russian poet, and few know that he authored the first Russian realistic novel, “A Hero of Our Time”. The plot is thicker and more twisted than those of Quentin Tarantino’s movies.

As a member of the Stolypin clan, Lermontov was part of one of the most influential Russian families of his time, and he boasted close blood relations to the Romanovs. At 23, he joined the Royal Guard, but after three years he was exiled to the Caucasus region for his poem, ‘Death of the Poet’, which was written to honor Pushkin’s death, and contains lines criticizing the government and the tsar. Almost immediately upon his return, he was exiled again for taking part in a duel. Lermontov’s Caucasus experience supplied him with material for the novel, which is in large part autobiographical.

Bitter, cynical and with a deadpan attitude, Pechorin, the novel’s protagonist, is one of the first dandy heroes in Russian literature. Impeccable manners and bravery make him an ideal nobleman who scorns death and stands aloof among the people surrounding him. The facet of the novel is its non-linear composition, revolutionary for the epoch – the novel consists of five stories intertwined and shifting in time, which makes it a gripping read. 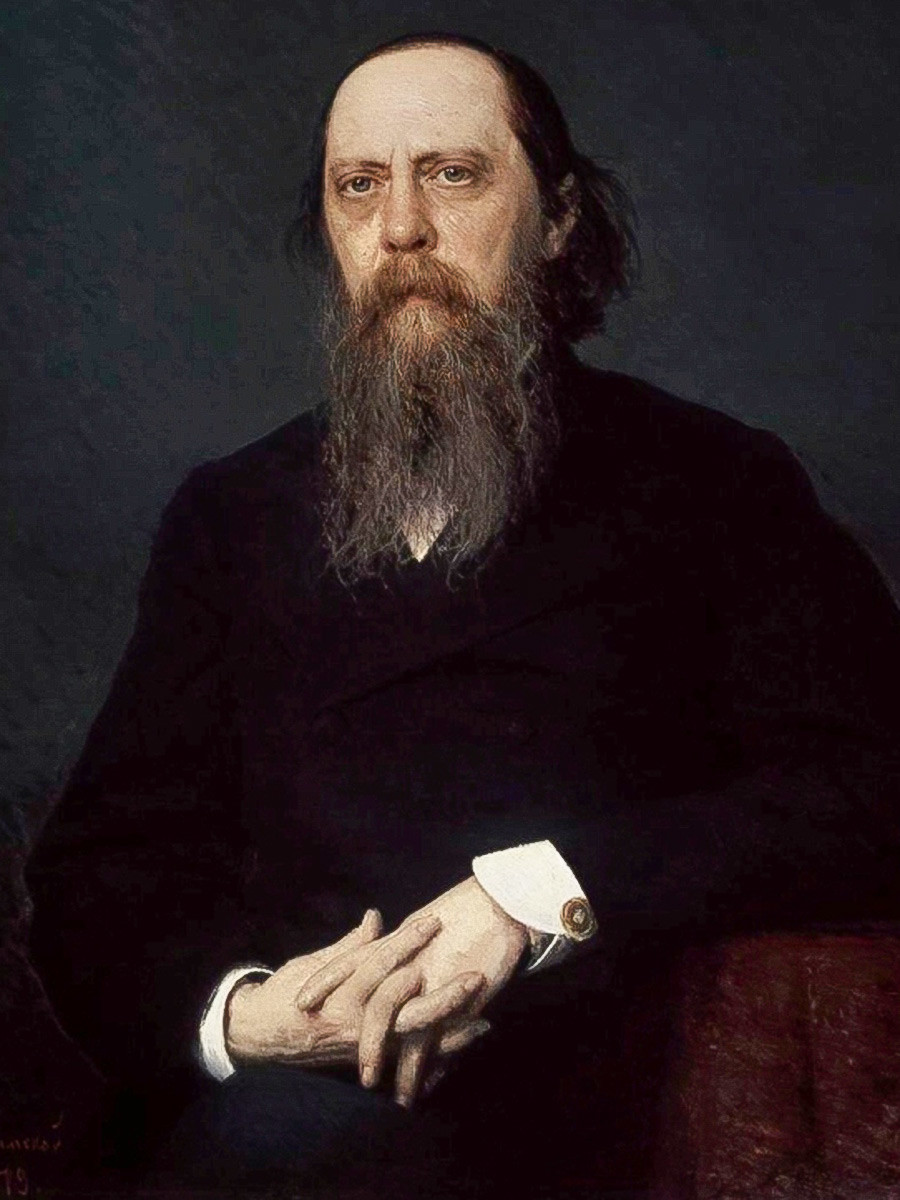 Why underrated: Complicated, bulky writing and very dark subject matter
For whom: For those who aren’t afraid of real Russian horror

Mikhail Saltykov, whose second name Shchedrin is his pen-name, was the embodiment of all the anxieties and pathologies of his motherland. The talented offspring of an old nobleman, he worked as a statesman, and at the same time, he wrote short stories. But after the French revolution of 1848, Saltykov was sent to serve in the provincial town of Vyatka because his literary works were considered disturbing. In Vyatka, he saw Russian life in all its monstrosity and became its foremost bard.

Saltykov’s mellow, leisurely pace of storytelling serves as a precise tool to tell bloodcurdling stories. In “The Golovlyov Family” we see a merry family of landowners slowly reveal their infernal nature: a woman who oppressed her husband to the point of insanity; as well as her clashes with her elder son, who in turn drives both his drunkard sons to suicide by refusing to pay their debts. I bet Von Trier took some inspiration for Dogville from that novel. A grim and bitter man in his own life, Saltykov was able to write about these sordid situations with a good dose of dark humor, which keeps the reader afloat among the abyss of Russia’s absurdity. 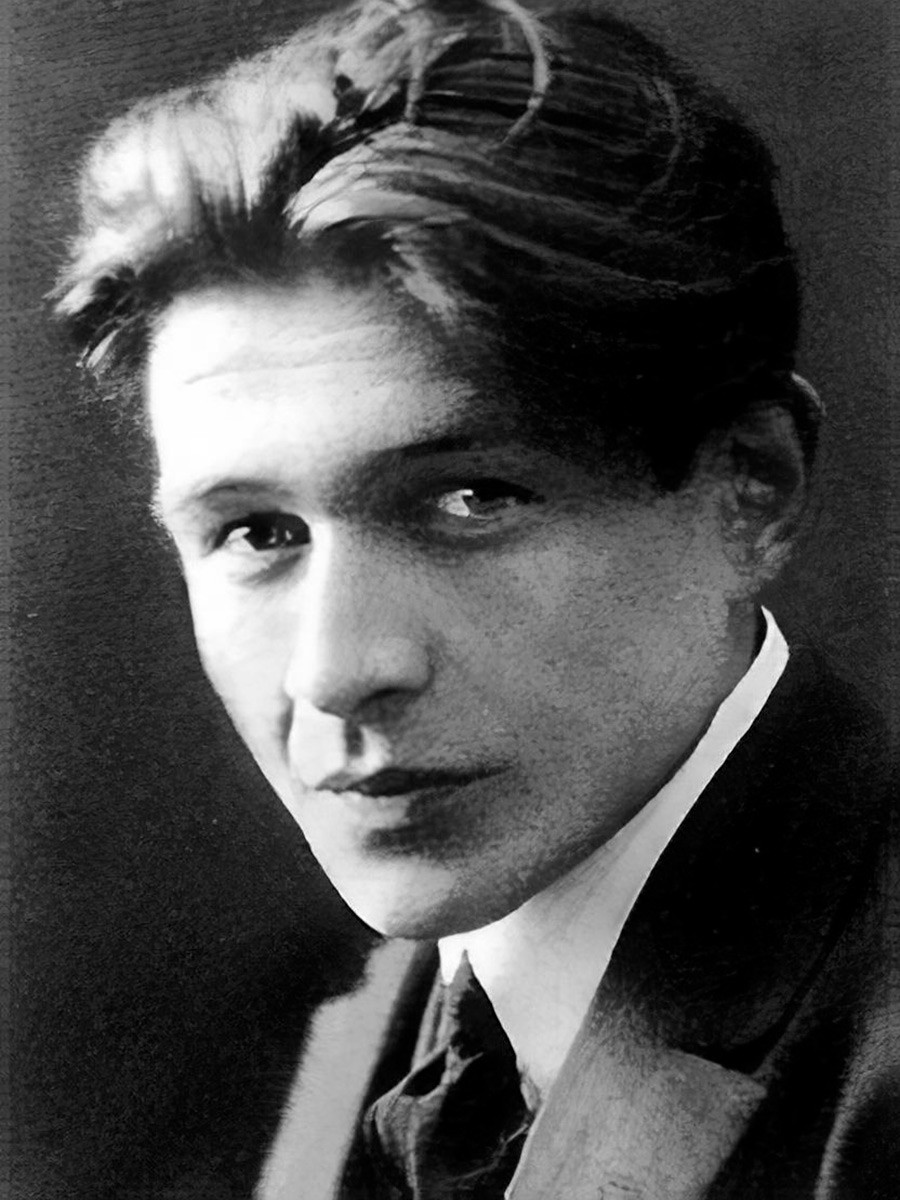 Why underrated: He didn’t receive major literary prizes and stood in the shadow of other immigrant writers such as Bunin and Nabokov
For whom: For lovers of noir films, Albert Camus and Paris nightlife

Gaito Gazdanov was the child of a well-to-do Ossetian family. He didn’t spend much time in Russia. At age 17, he fled because of the Revolution. Moving to Paris in 1923, he suffered all the hardships of an immigrant: he worked as a loader, repaired trains, was a metalworker in a Citroen plant. Meanwhile, he managed to study philology at the Sorbonne. In 1928, he started working as a cab driver, and that gave him loads of material for his prose. He continued to drive a cab until 1952.

HIs most notable novel, “Night Roads” (1941), sums up the life of Russian emigres much better than the prose of Bunin or Nabokov. Wealthy and respected in their former life, those two writers saw life in emigration as a kind of Elysium, a place and time to reminisce about the lost epoch of Old Russia. Gazdanov, on the contrary, told it from a poor man’s perspective. Lost, disillusioned and trying hard to survive, his characters offer a glimpse into what life was like for most Russians who fled after the Revolution. Only in the late 1940s did Gazdanov’s literary works allow him to live decently. Until his dying days, he worked at a radio station, making broadcasts about Russian literature. 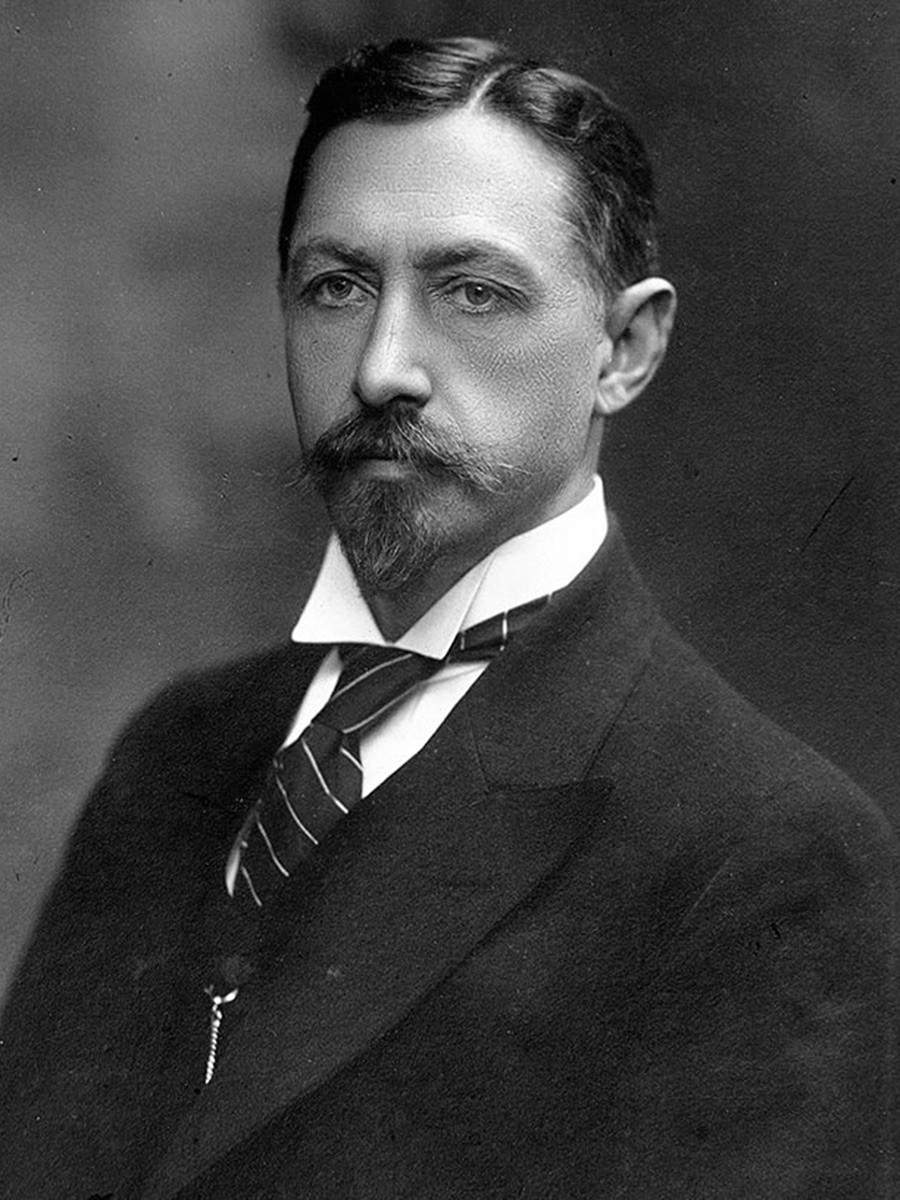 Why underrated: Because of many Russian-themed allusions that foreigners find it hard to relate to
For whom: For those yearning for the romanticism of the long-lost Russian past

Another White emigre writer and Nobel Prize winner in literature (1933), Ivan Bunin captured the nobleman’s perspective on the fall of the Russian Empire. Born into a mid-ranking noble family, he started his literary studies at an early and later worked for years as a journalist. Thanks to that experience, his language is .

The Revolution forced  Bunin to flee Russia – he couldn’t and wouldn’t fit into the Bolshevik order, which he found abhorrent. In France, where he settled, he had time to reminisce and create one of the most heartwrenching novels about Old Russia – The Life of Arseniev, a rare example of a modernist “novel of formation.” This novel earned Bunin his Nobel Prize for literature, and then he wrote Dark Avenues, a collection of short stories that could easily rival those works such as James Joyce’s Dubliners, and which depict a romantic and nostalgic outlook on Russian reality. 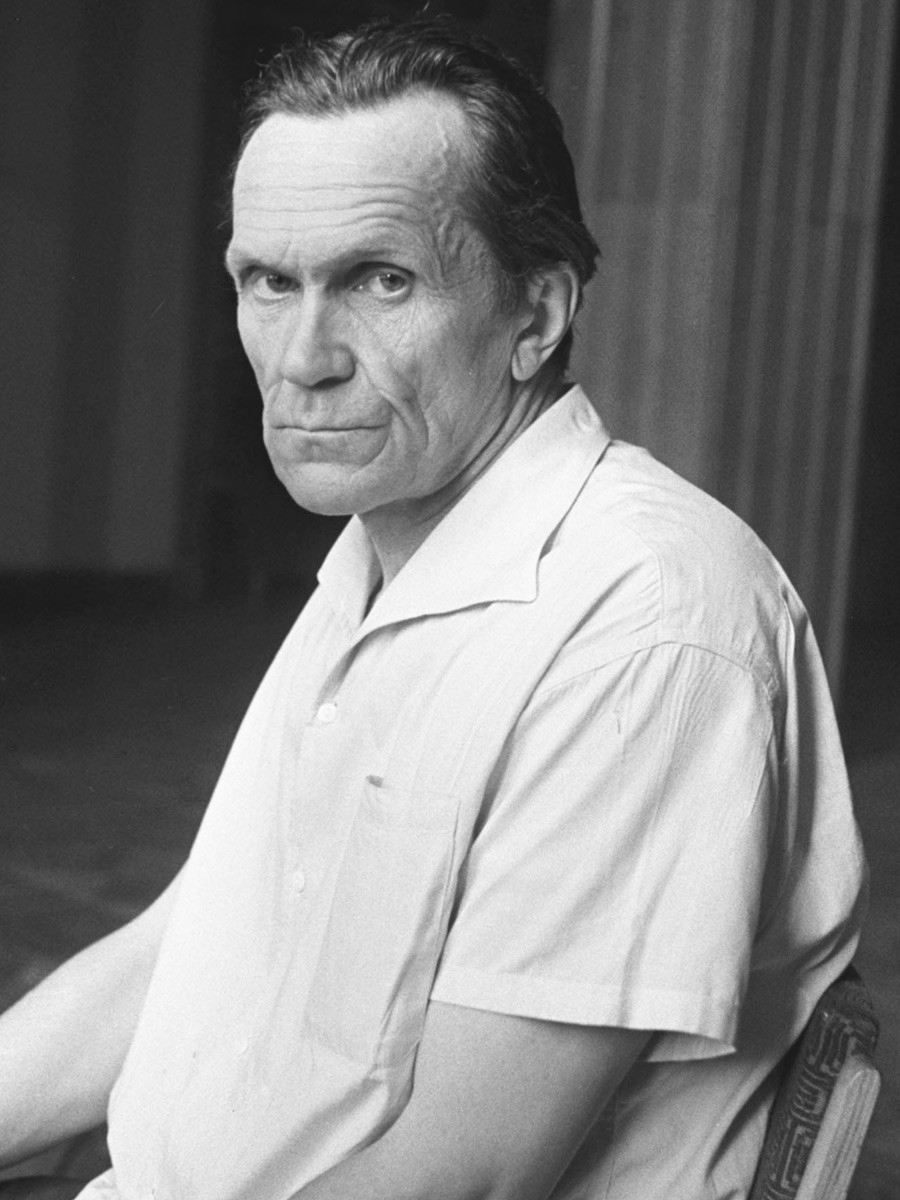 Why underrated: Overshadowed by Solzhenitsyn as a “Gulag writer”
For whom: For those who want to know how ordinary people died (or, rarely, survived) in Soviet labor camps

A Russian writer who did time in the Gulag and wrote about it? No, it’s not only Solzhenitsyn. Varlam Shalamov, who ended his days in an asylum (just like one of his favorite writers, Gustav Flaubert), spent almost 20 years in prison camps – he received three sentences for anti-Soviet agitation, and the Soviet machine tried to crush him, but it failed. Shalamov served his first sentence in the Russian North, then worked in the gold mines in Kolyma in brutal conditions that killed many. In1956 Shalamov returned to Moscow, and he firmly decided to write about his time in the camps, whatever the cost.

Many consider him to be just a “camp writer”, but as Shalamov used to say, “I write about the camp as much as Saint-Exupéry writes about the sky or Melville about the sea. My stories are advice to the man, how to behave in a crowd…” In The Kolyma Tales, his main collection of stories, Shalamov doesn’t spare the reader when he relates about working to death as the only alternative to freezing to death; about camp wardens making fortunes off the slave labor of convicts; about camp bureaucrats that became omnipotent rulers over the silent and nameless convicts. Shalamov doesn’t hide the real names of his characters – as a relentless reprover, he wanted his stories to forever haunt his readers, always reminding them about the lost lives that should have been forgotten forever – were it not for him.