4 Russian historical movies that you must watch in 2019 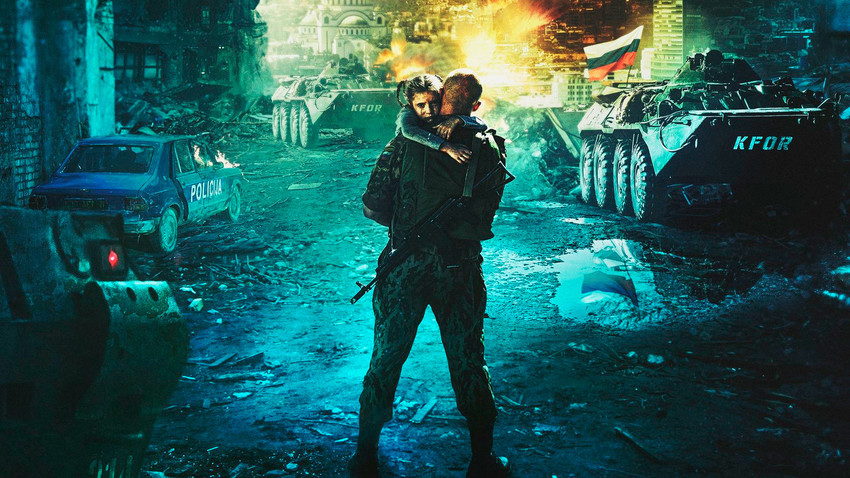 Andrey Volgin/Bless Film; Upgrade Vision; ARCHANGEL STUDIOS, 2019
If you’re tired of the usual World War II films then Russian filmmakers have something exceptional to offer this year: a tense Russia-NATO confrontation in Yugoslavia, bloody anti-Tsarist uprisings, and the dramatic evacuation of Soviet troops from Afghanistan.

This joint Russian-Serbian movie was based on real events that happened in Kosovo in 1999 when Albanians planned the genocide of the local Serbian population. To protect the Serbs, the Russian peacekeepers were ordered to make a rapid and unexpected march from Bosnia to Kosovo, and take control of the local airport at Slatina before NATO troops arrived.

According to the storyline of this movie, “Balkan Line,” before the arrival of the a frenzied clash ensued between a tiny group of Russian special forces and hundreds of Kosovo Albanian militants. Though apparently doomed, they held their ground to the end in order to hold onto the airport for their comrades.

“Balkan Line” has already met with a warm reception from audiences both in Russia and Serbia because the film intensifies patriotic feelings and revives the forgotten friendship between the two countries.

“After Angelina Jolie’s movie and many others about ‘Serbian beasts’, lets at least show one opinion from the other side. And it’s great that the movie was good!” wrote one spectator.

During the Russian campaign in Europe against Napoleon many officers had the chance to see firsthand how conditions differed in Russia and abroad. Desperately desiring reforms, such as the abolishment of serfdom and the monarchy, these officers organized secret societies. In December 1825, Tsar Alexander I died, and while his successor Nikolai hadn’t yet ascended the throne the conspirators decided to incite an uprising.

Since the fall of the Soviet Union, Russian filmmakers did not undertake any major project devoted to the Decembrist Uprising, as the rebellion later became known. With a budget of more than $11 million, the movie promised to be a spectacle that could completely change the course of Russian history.

a long break Russian cinema is returning to the topic of the Soviet-Afghan war. “Leaving Afghanistan,” released this year, depicts the events of the Soviet withdrawal from the country. One army division has to pass through the Salang Tunnel, but it’s controlled by a large group of mujahideen.

To secure safe passage, Lieutenant Vasily Zheleznyakov voluntarily becomes a hostage of the Afghan leader. If something goes wrong he will answer with his head.

In recent years the topic of the Afghan War appeared in Russian cinema only occasionally. Based on real events, “Leaving Afghanistan” is the first major action movie about that war in almost 15 years.

In 2019, Russia celebrates the 75th anniversary of ending the Siege of Leningrad, one of the most tragic events of World War II, costing the lives of over 700,000 civilians.

Russian filmmakers couldn’t stand by idly on this important anniversary, and so they’ve offered audiences several movies. In one, “Corridor of Immortality,” tells the story of a group of young men and girls who are building a secret railway that connects the besieged city with the rest of the country.