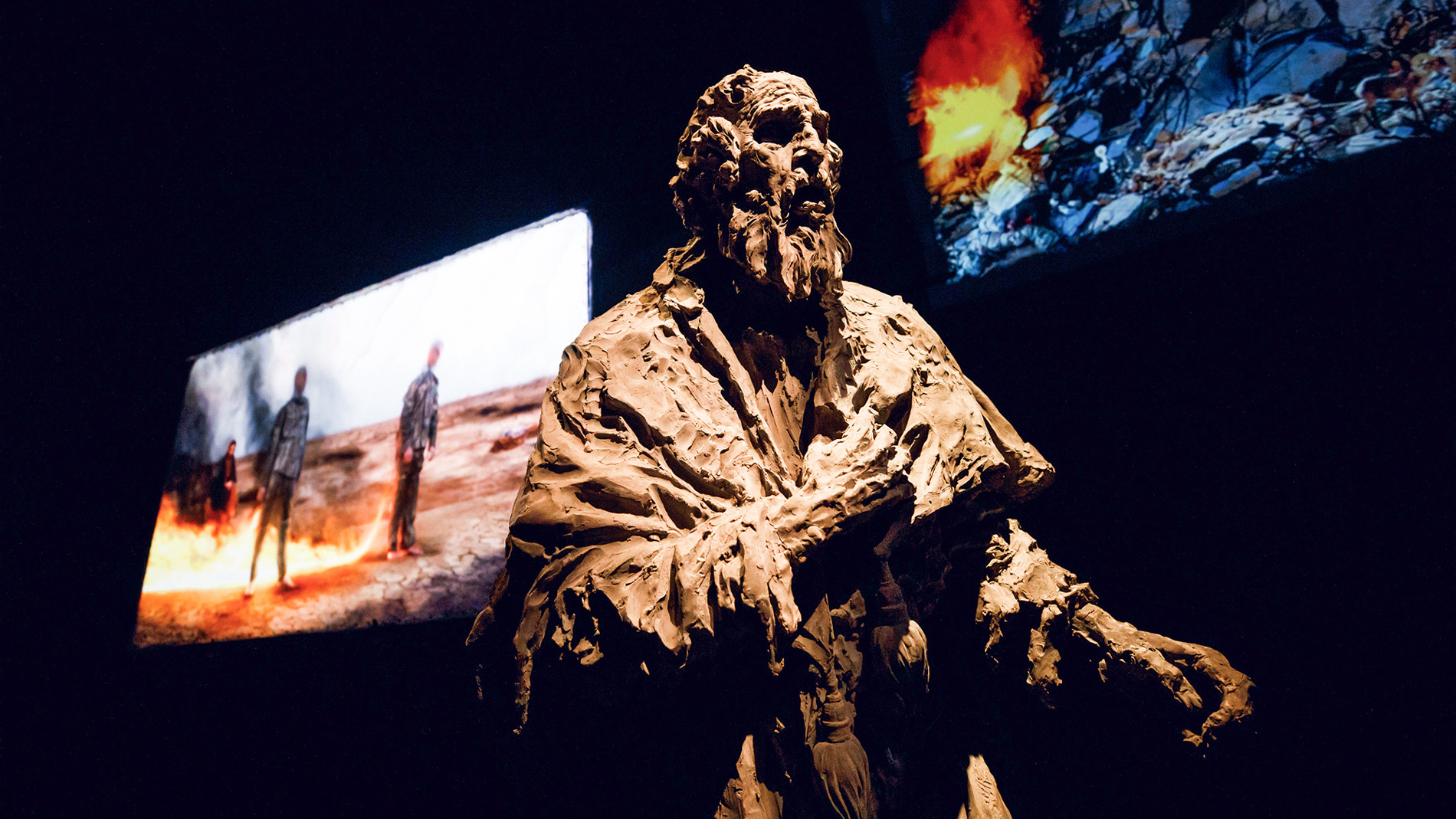 Mikhail Vilchuk
All three have been put on by major museums - the Hermitage Museum, the Tretyakov Gallery and the Pushkin Museum.

Sadly, you won’t find any Russian artists involved in the main project of the Biennale, which opened in Venice on May 11. But fear not, the Russian Pavilion in the City of Water’s Giardini gardens is open to visitors, and there are at least another 10 exhibitions where Russian artists are broadly represented, with exhibits ranging from Socialist Realism to the classics of contemporary art. Here are the main Russian art projects.

The curator of the pavilion is the Hermitage - not an ordinary individual or a group of people, but none other than the famous St. Petersburg museum itself. An announcement about this was made by the museum’s director, Mikhail Piotrovsky, long before the opening. The museum’s involvement also explains the main subjects and themes explored by two invited artists. 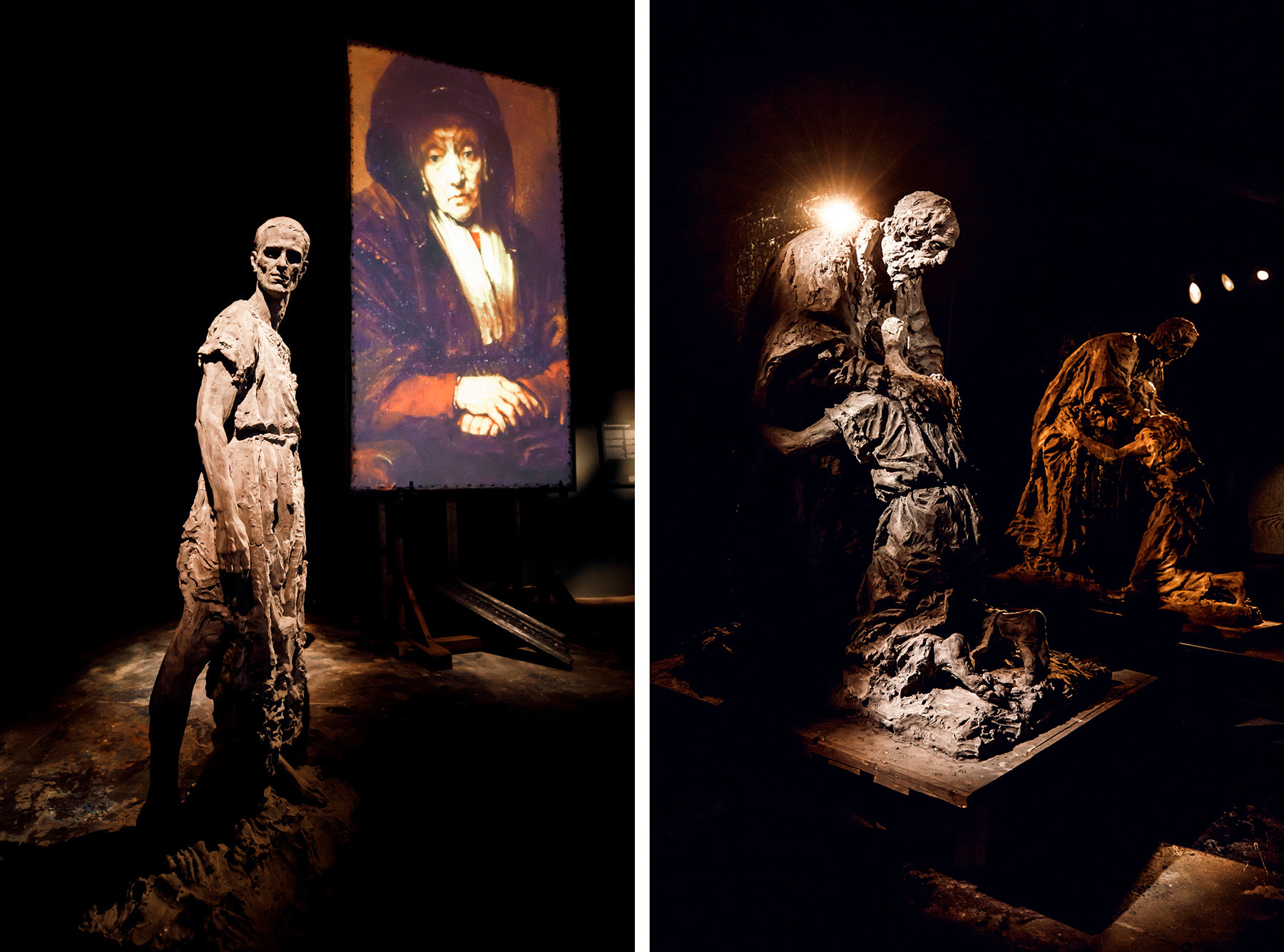 Both floors of the pavilion have practically been converted into theatrical venues this season. The upper floor has a "total" installation devoted to the chapter in St Luke’s Gospel telling the story of the Prodigal Son. It is the work of legendary film director Alexander Sokurov, whose Faust won the Golden Lion at the Venice Film Festival in 2011.

An installation about Flemish paintings in the Hermitage collection by the theater designer Alexander Shishkin-Hokusai is on the lower floor. 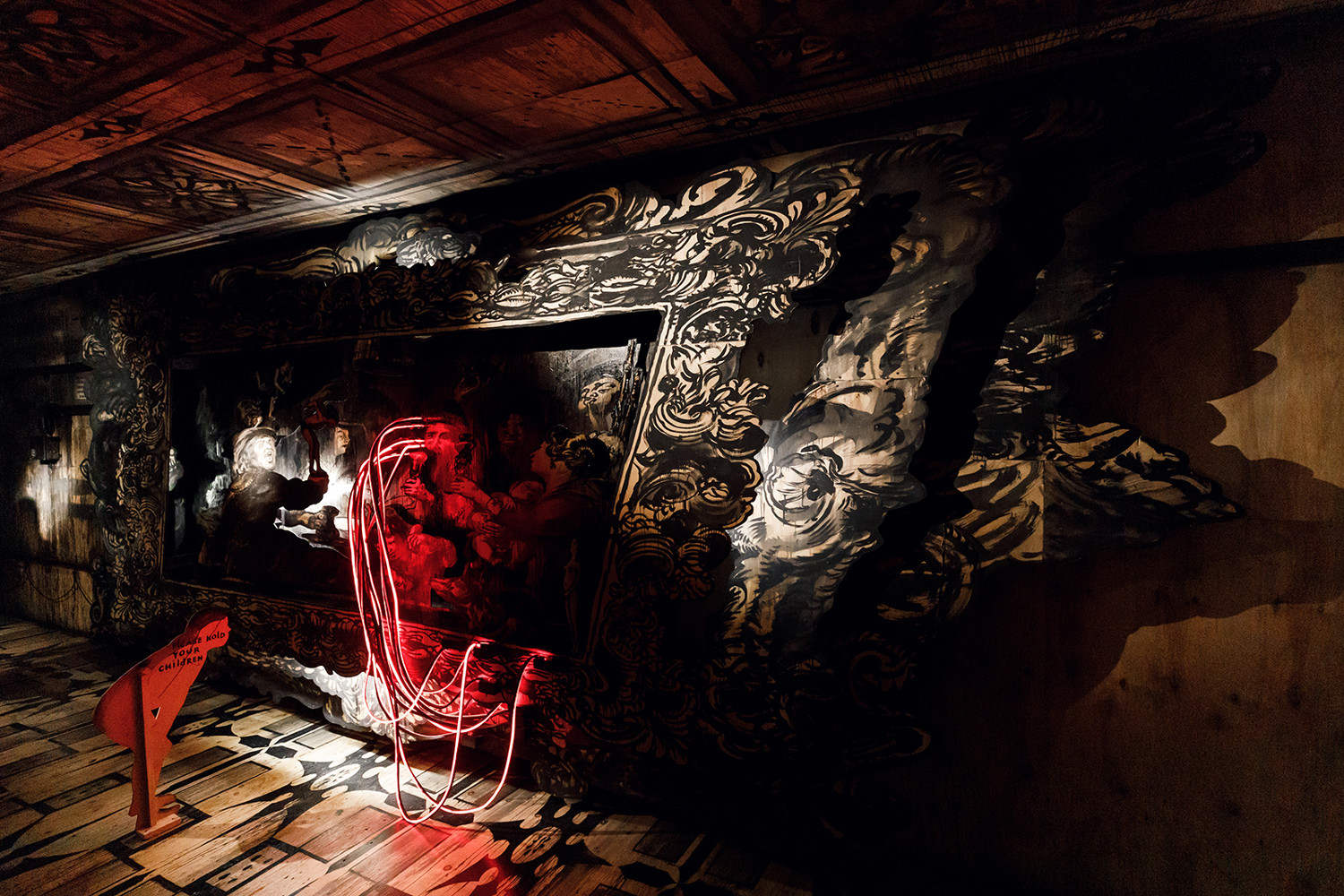 To illustrate the parable, Sokurov has taken one of the most famous images in the world - the Hermitage’s Return of the Prodigal Son by Rembrandt - and literally deconstructed both the painting and the story. Here you can not only see the workshop of the great Dutchman, but also see the figures from the canvas “brought to life” as sculptures, as well as a post-apocalyptic video that updates the classic story and applies it to present-day Russia. 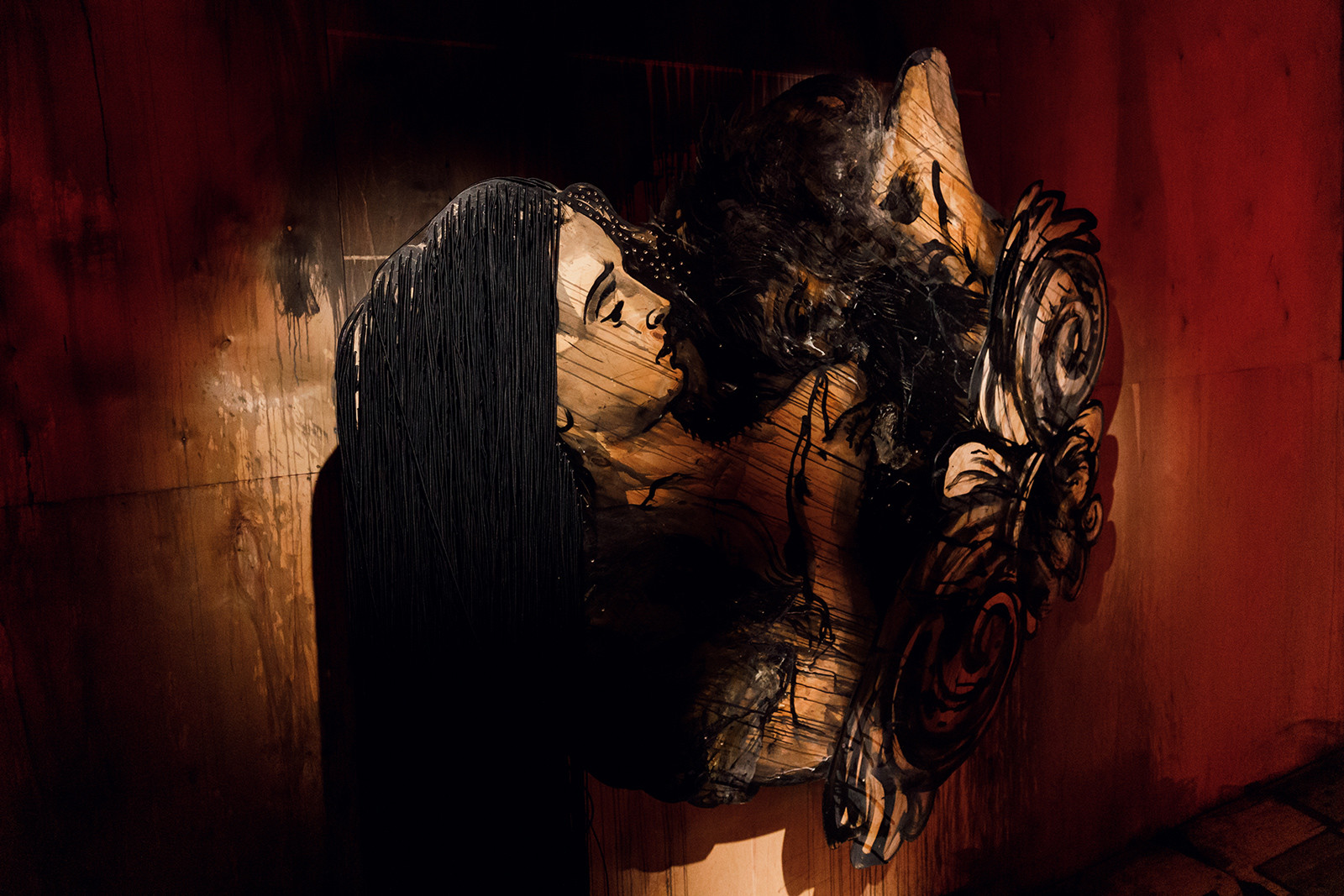 A continuation of this layered “cake” awaits the visitor on the lower floor: Shishkin-Hokusai also breathes life into classic works from the Hermitage - in this case, Rembrandt’s Dutch and Flemish contemporaries. The reconstructions of paintings are made out of painted plywood - with all the cut-out parts and figures placed in a frame as if they were from a street puppet theatre. They all move and interact with each other and with “visitors” from other famous canvases. Thus, figures from Bosch’s vision of purgatory turn up in The Fish Stall by Frans Snyders, and Rembrandt himself appears to have sat down at the table of Jacob Jordaens’s The Bean King. 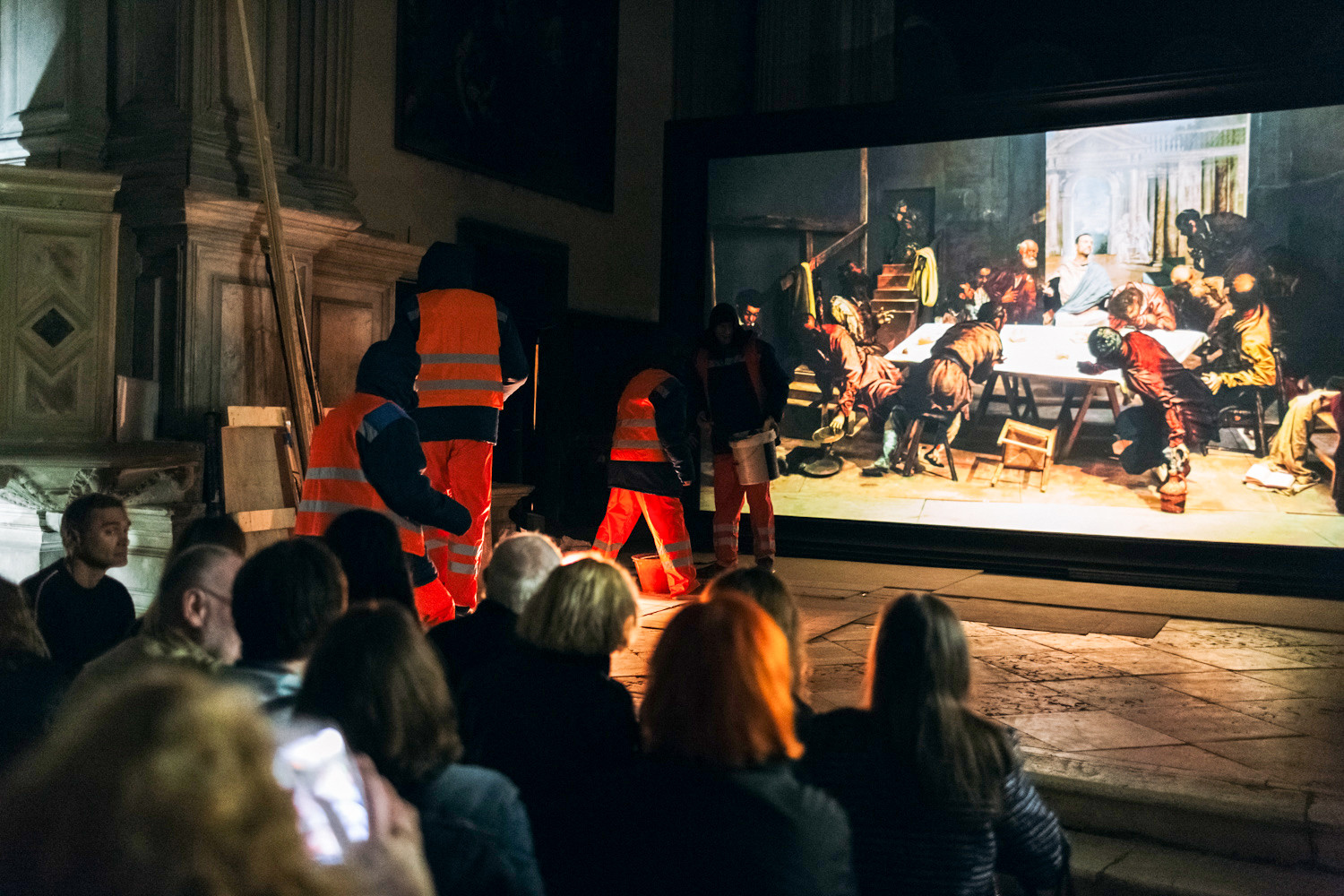 The Pushkin State Museum of Fine Arts, which is presenting its own art project in Venice for the second Biennale in a row, also plays on the theme of a theatrical performance with art classics thrown in. The museum has devoted its exhibition, There is a Beginning in the End…, co-organized with the Stella Art Foundation, to the Venetian titan Tintoretto, the 500th anniversary of whose birth is being marked this year. 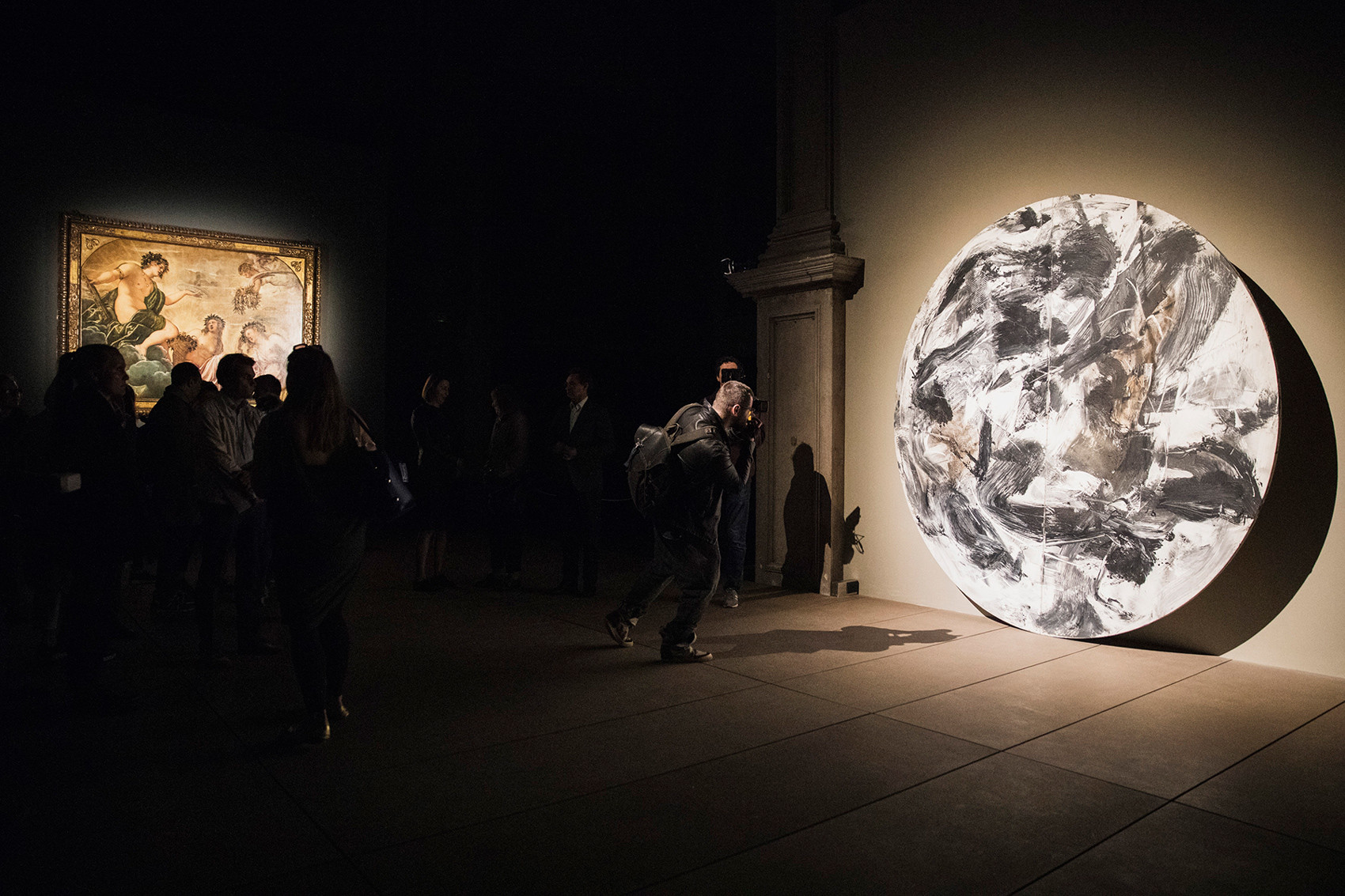 An American and two Russian artists are showing their work at the Chiesa di San Fantin, a non-functioning church that once housed the master’s canvases. 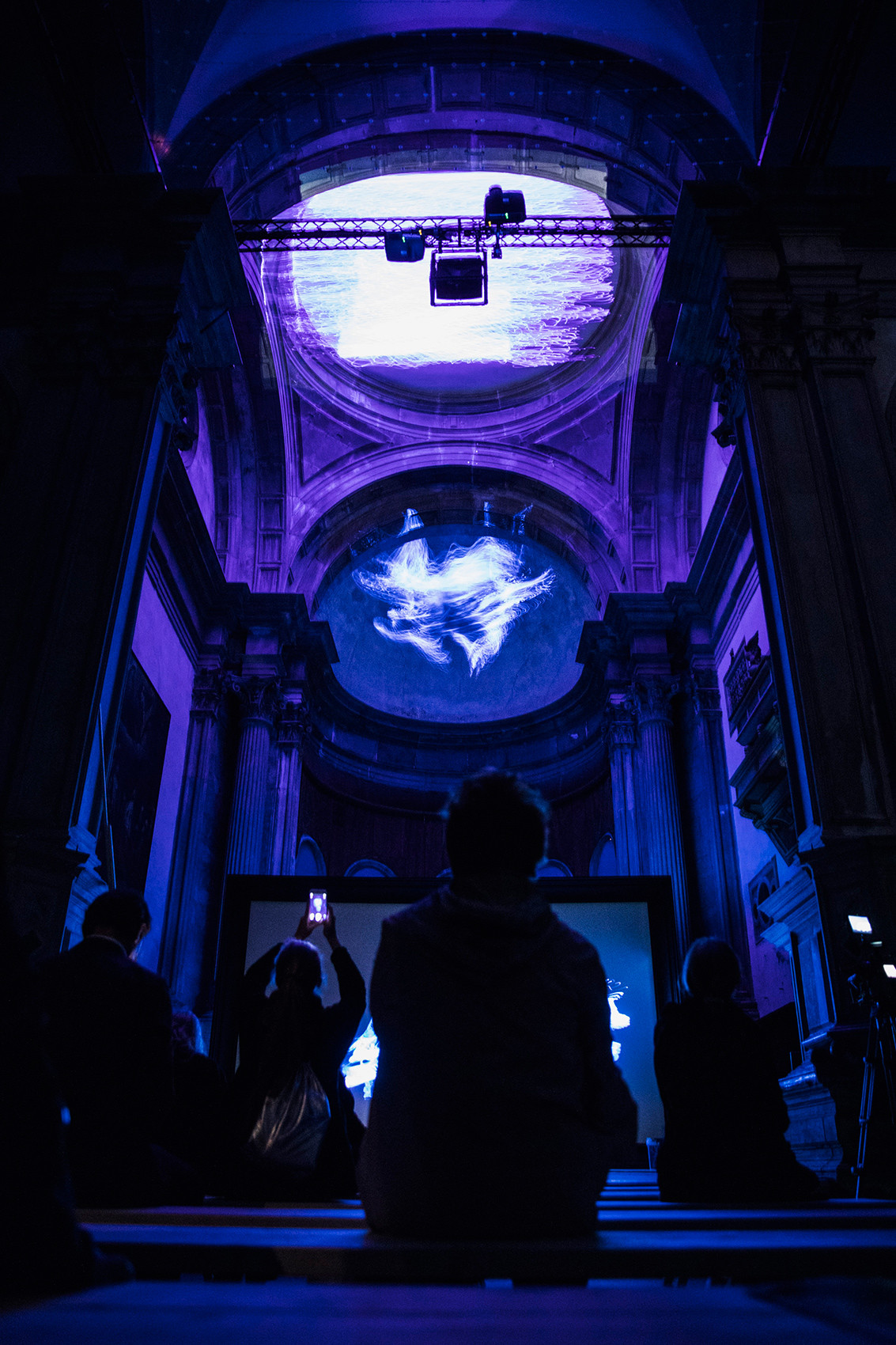 They maintain a connection with the Renaissance master not just via the walls of the church - the canvas The Origin of Love by Tintoretto himself and a tondo by the Italian abstract artist Emilio Vedova, who is regarded, in a way, as one of the main 20th century followers of the great Venetian, have been included in the display. A connection with the latter is also to be found in the video installation by Irina Nakhova about earthly and heavenly existence, the main part of which is being shown in the dome of the central nave. 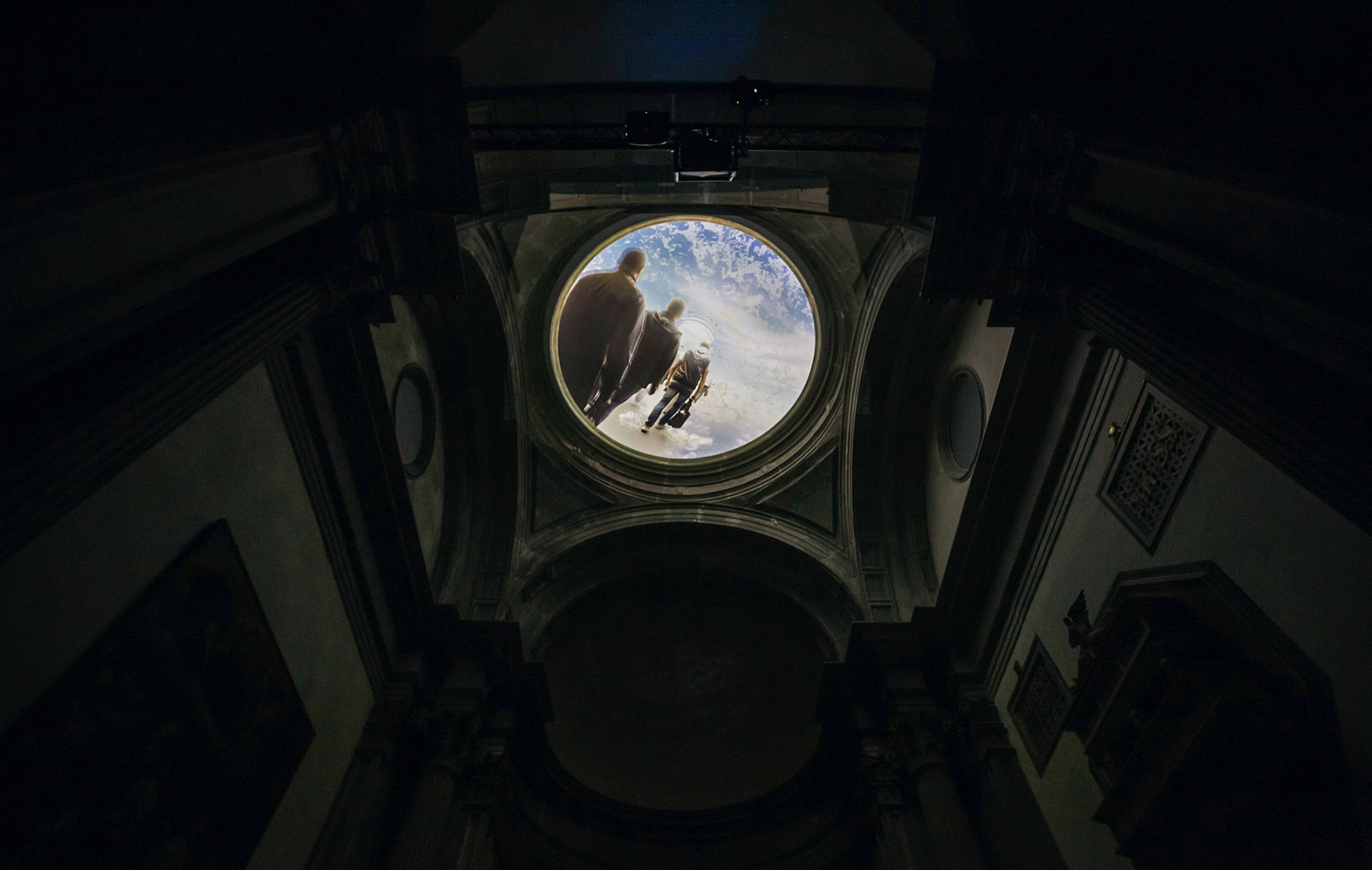 The leading work in the exhibition is The Last Supper by theater director Dmitry Krymov - a homage to Tintoretto’s painting of the same name, which is housed in one of Venice’s museums. In Krymov’s video, the story also “comes to life”, but it turns out to be no more than fiction, a theatrical set, which stage hands dismantle in front of us. Who turns out to be the only real-life character in this video performance is something you will have to find out for yourself until Sep. 10!

Gely Korzhev (1925-2012) is today viewed as a master of Socialist Realism, an artist who actively worked with the authorities during the Soviet era and depicted in his canvases all the realities particular to those times, from Communist Party and revolutionary subjects to the everyday lives of workers and peasants.

In 1962, alongside another exponent of Socialist Realism, Viktor Popkov, he represented his country in the Russian pavilion at the Venice Biennale, and that is the reason for the title of this year’s exhibition, organized by the Tretyakov Gallery. The artist has now “returned”, but this time his work hits quite a strikingly different tone.

This time visitors are not intimidated by the sight of red flags, Lenins or hammers and sickles from the moment they enter. Instead of the usual subject matter of the Socialist Realists, the tone of the exhibition is set by sumptuous full-length nudes, painted, admittedly, in the perestroika years and in the 2000s. Most of the works on the first floor also come from Korzhev’s latter years. In these paintings, trash, skeletons and fantasy creatures are surreally added to symbols of Soviet totalitarianism - the artist depicts himself as something akin to a martyr pondering the collapse of the old order.

And the famous triptych Communists, which brought the artist fame in the USSR and was displayed here in Venice 57 years ago, has now been consigned to a far room, as if ashamed of its own “comeback”.