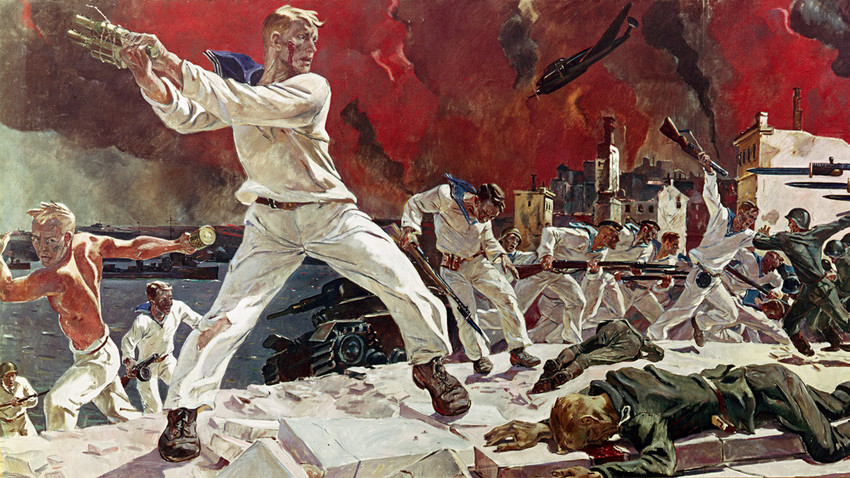 I. Kogan/Sputnik
The main hero of Soviet and Russian WWII paintings is a person, oppressed by the horrors of the war, but not broken by them.

1. Pyotr Krivonogov. Defenders of the Brest Fortress (1951). The Brest Fortress was the first Soviet position to face the German invasion on 22 June 1941. It was soon surrounded and left behind in the rear by the advancing enemy. Pockets of resistance continued to exist until late July. 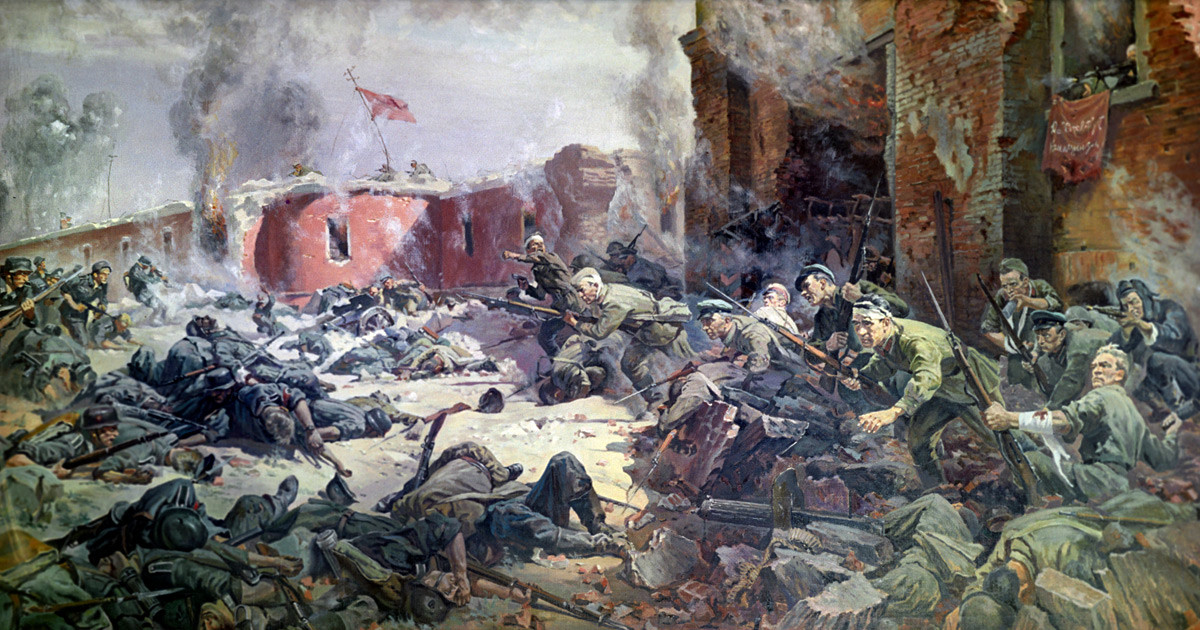 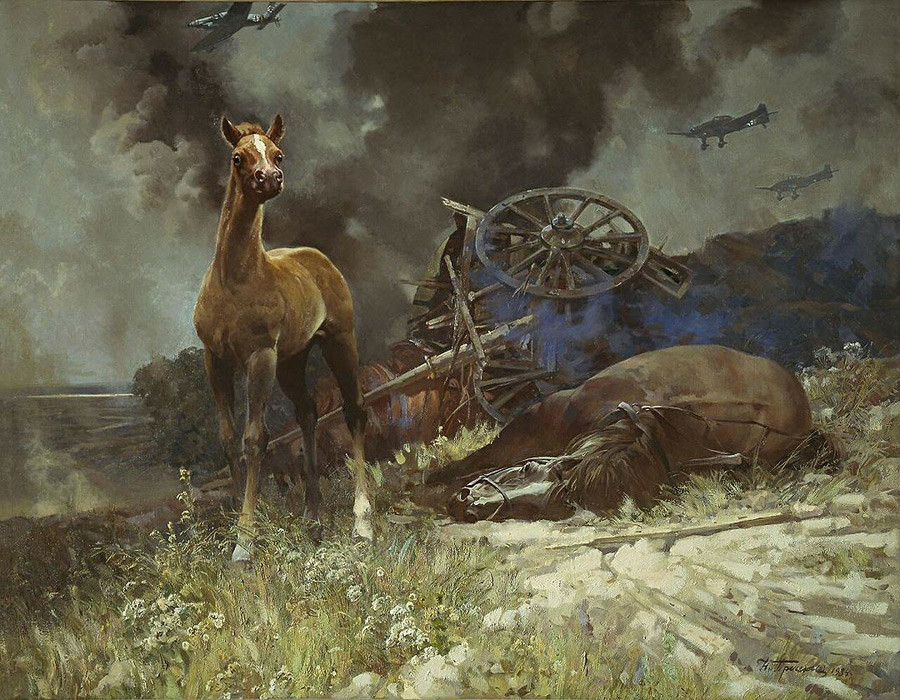 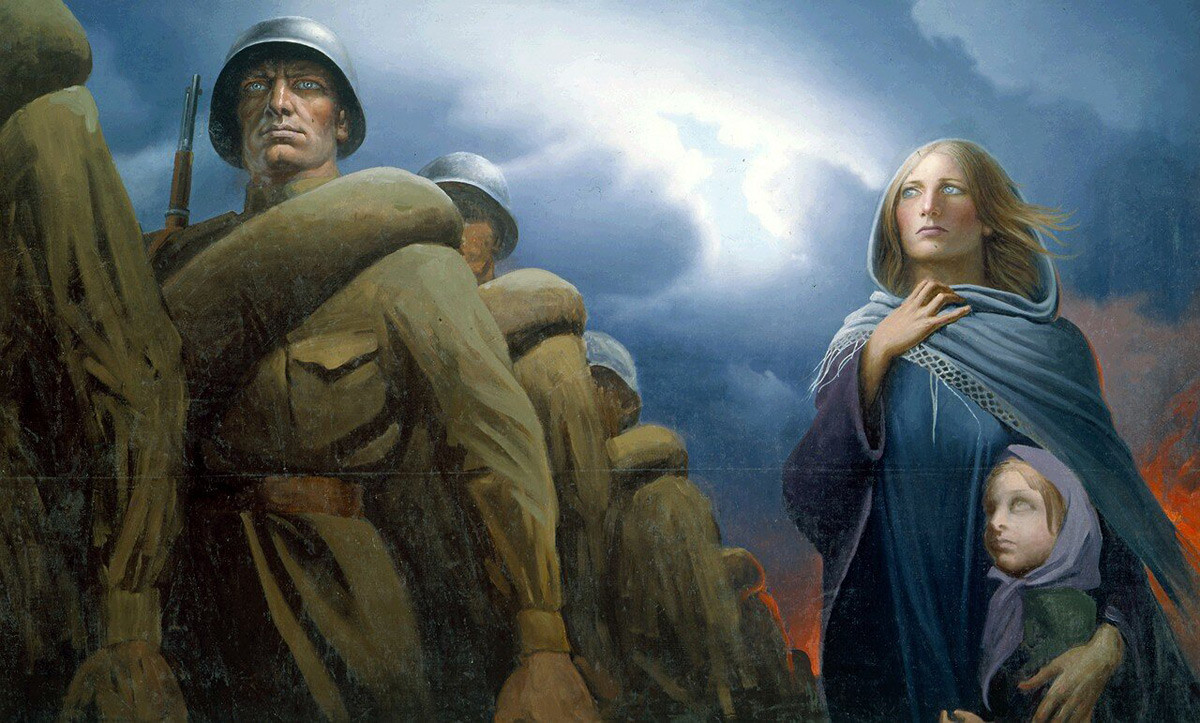 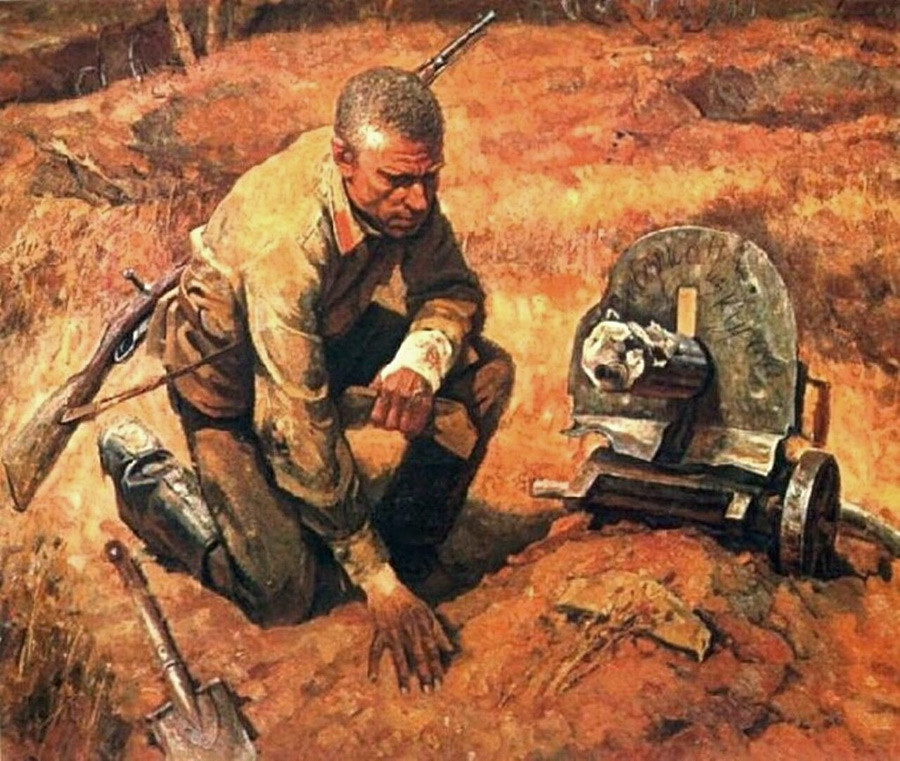 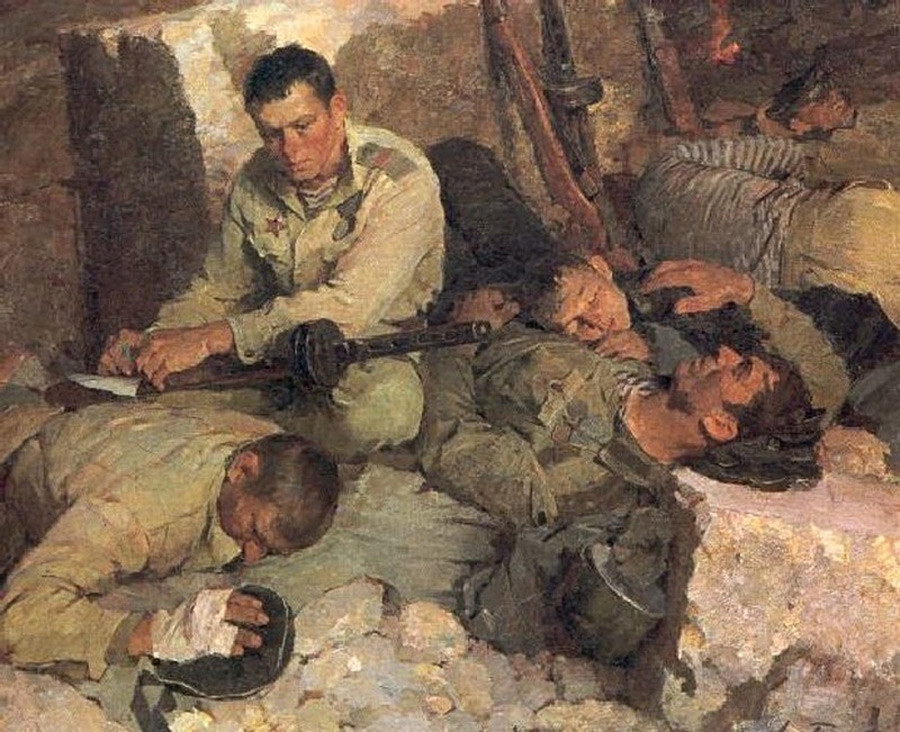 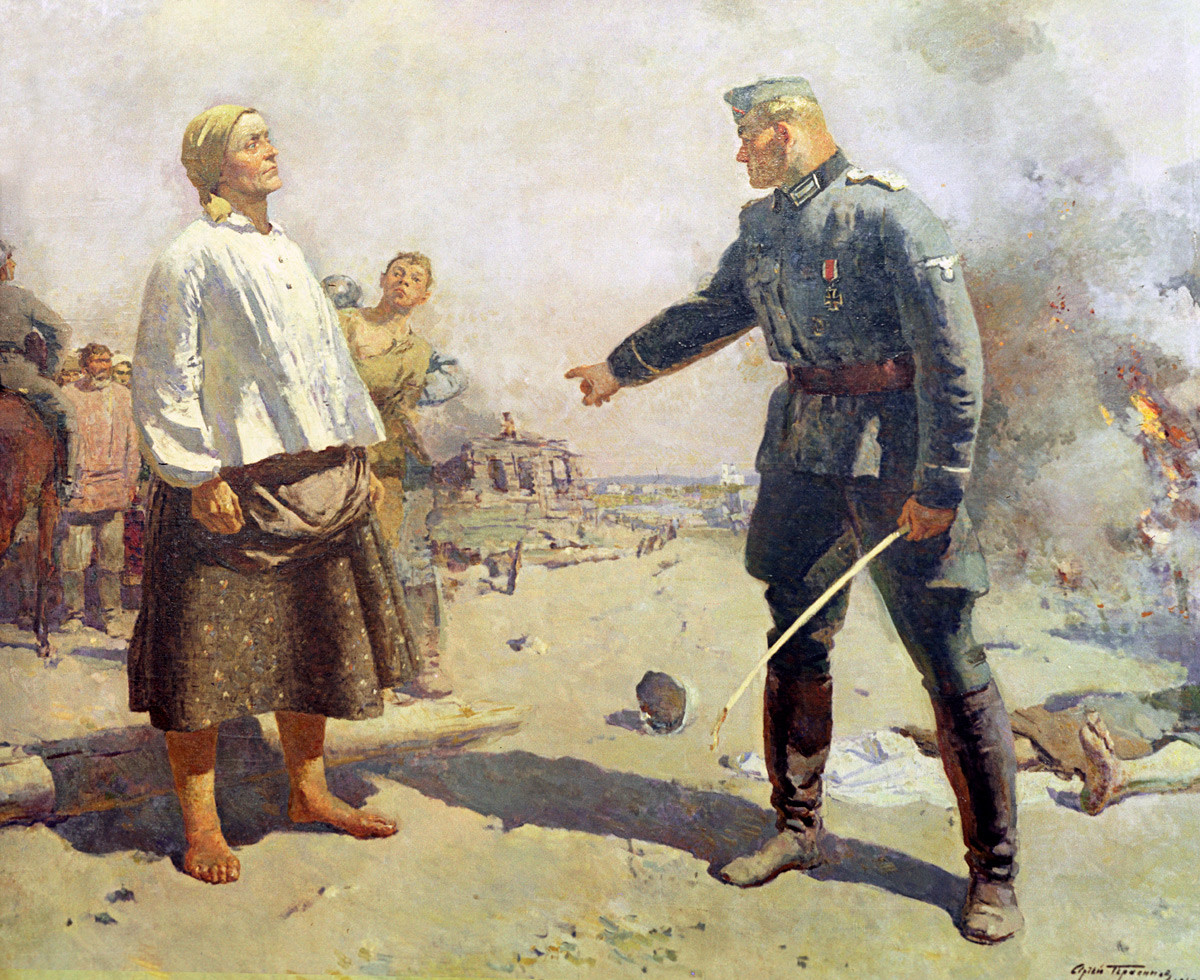 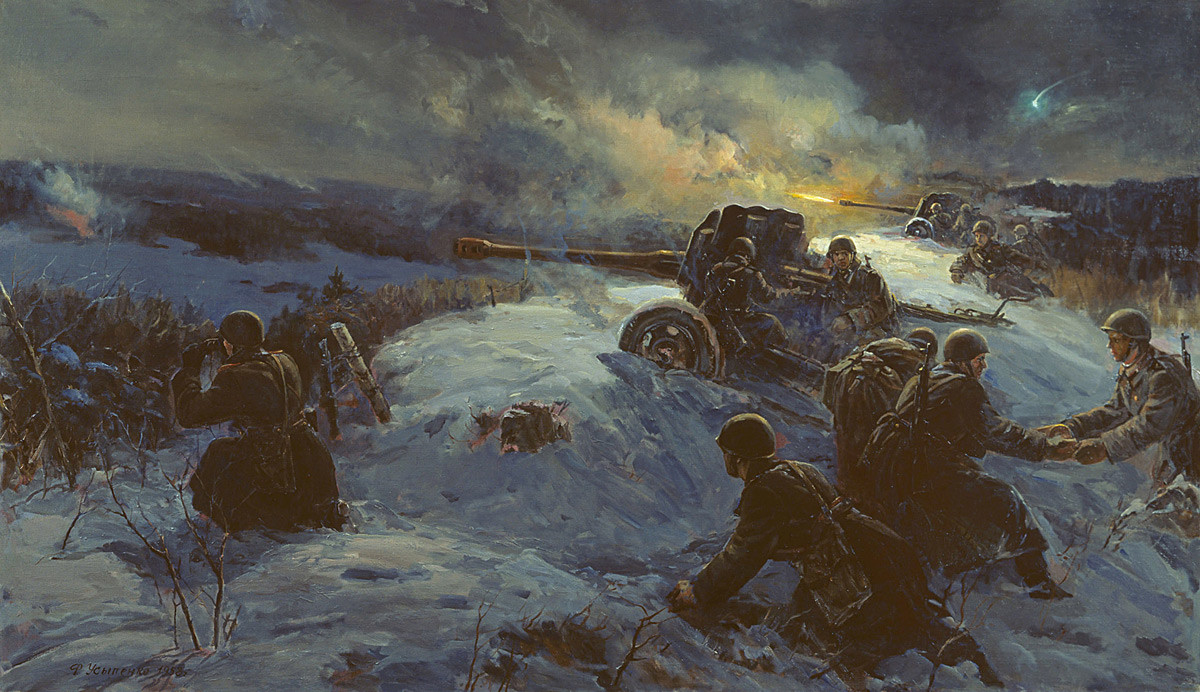 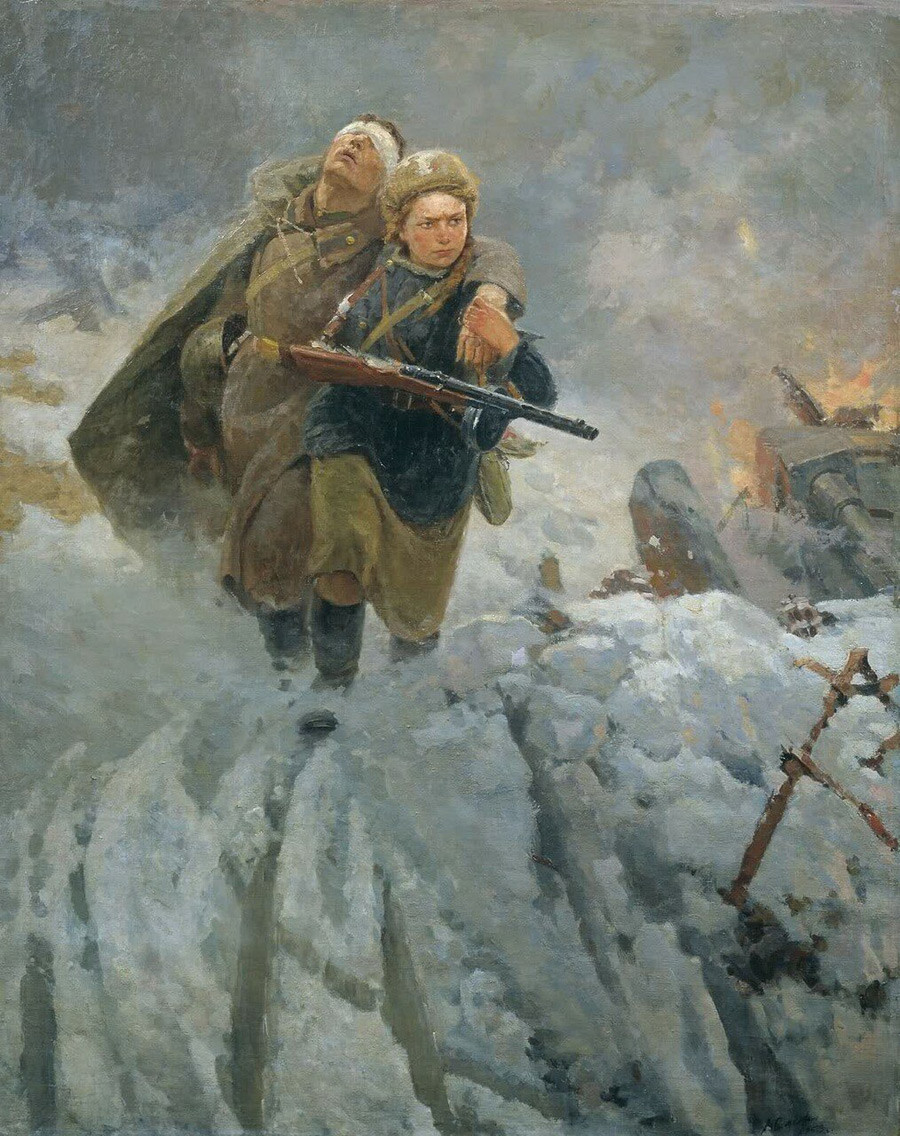 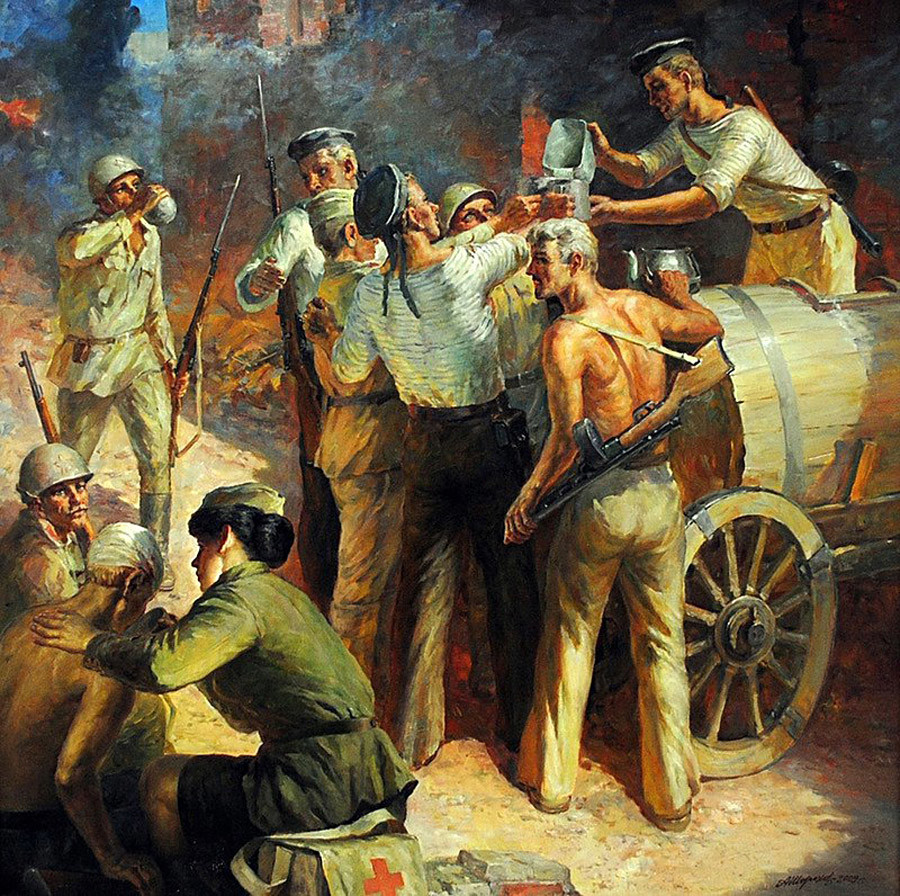 10. Aleksandr Deyneka. The Defense of Sevastopol (1942). Deyneka’s painting isn’t a realistic depiction of the Siege of Sevastopol in 1942, but a symbolic image of the clash of two implacable forces: a faceless dark mass of invaders versus Soviet knights - sailors in dazzling white costumes. 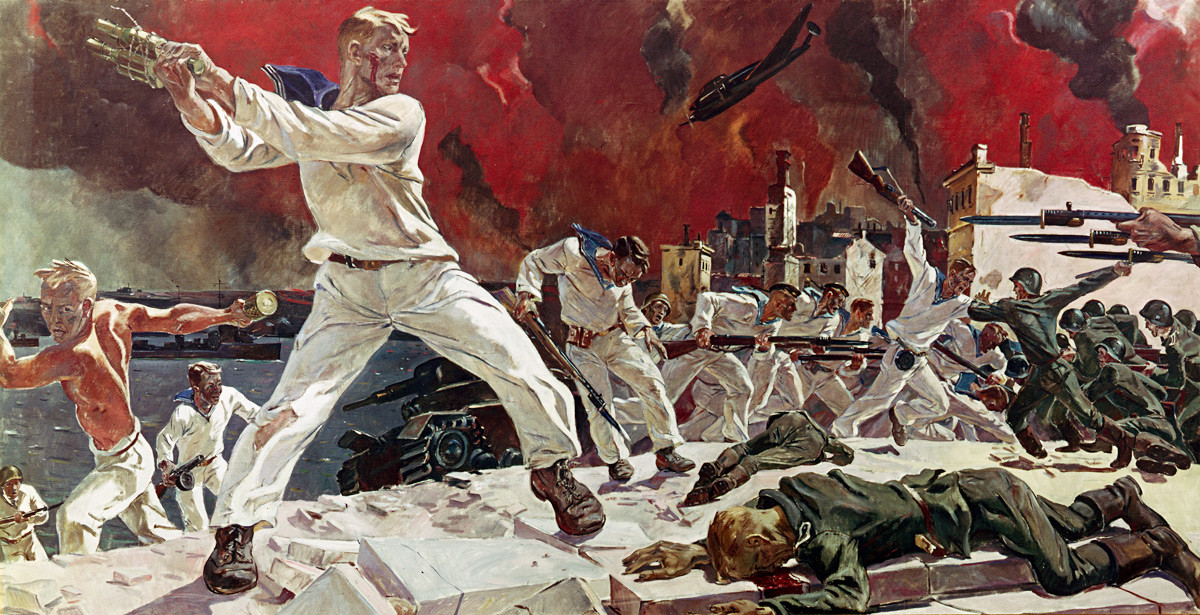 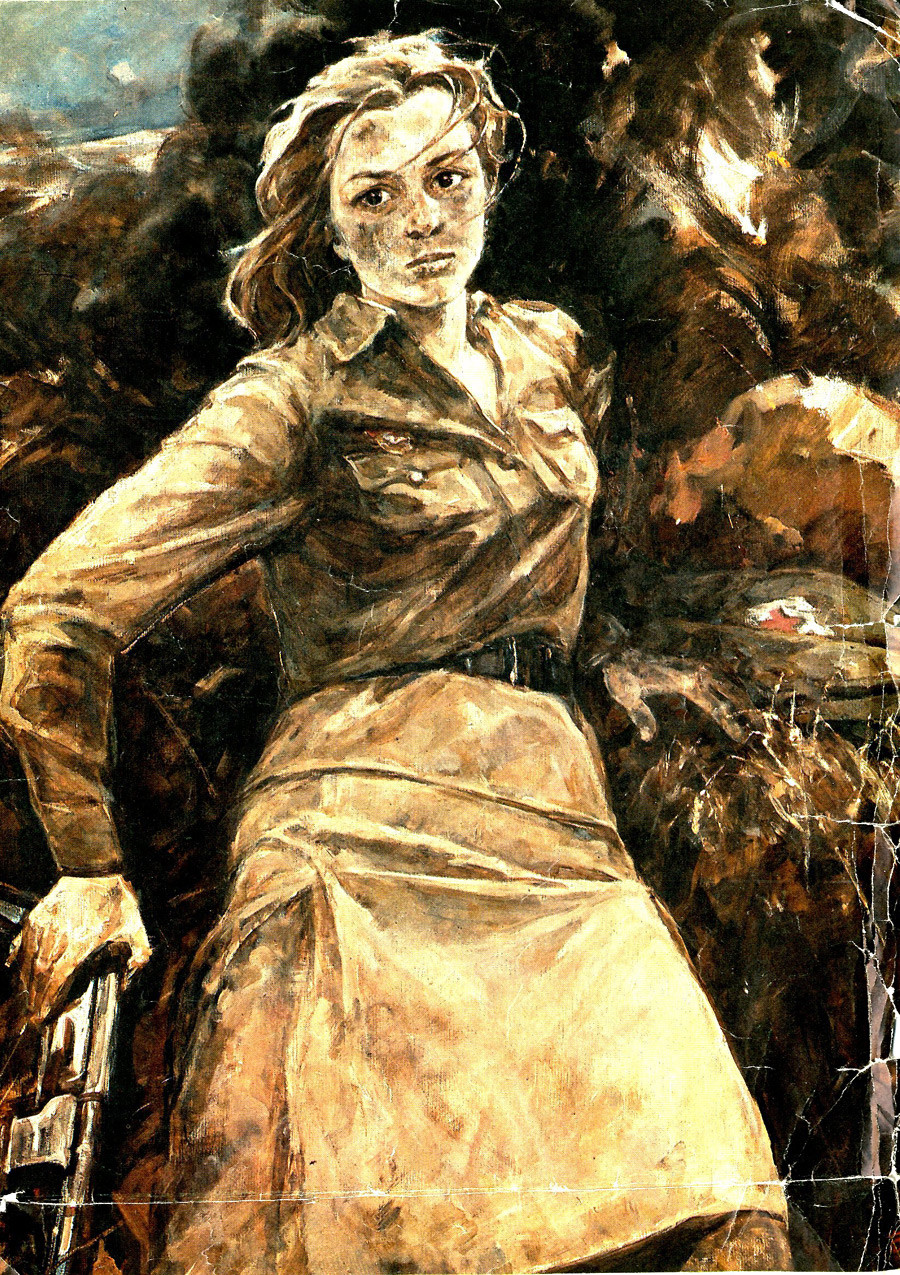 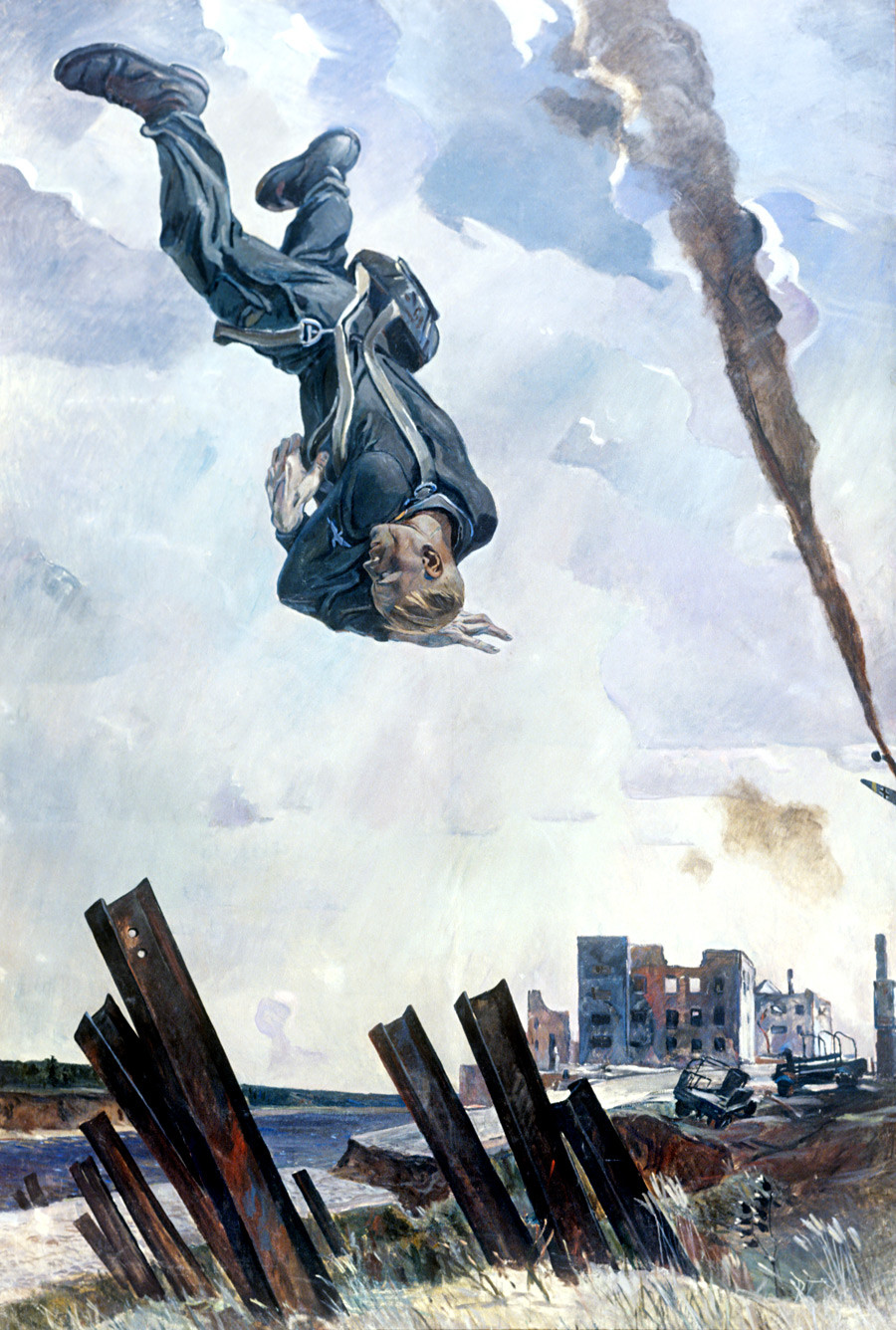 13. Pyotr Maltsev. The Storm of Sapun Ridge (1958). Sapun Ridge was a well-fortified German defense position during the Soviet liberation of Sevastopol in May 1944. It demanded many hours and much blood for the Red Army to take it. After losing this key point the Germans soon lost the whole city. 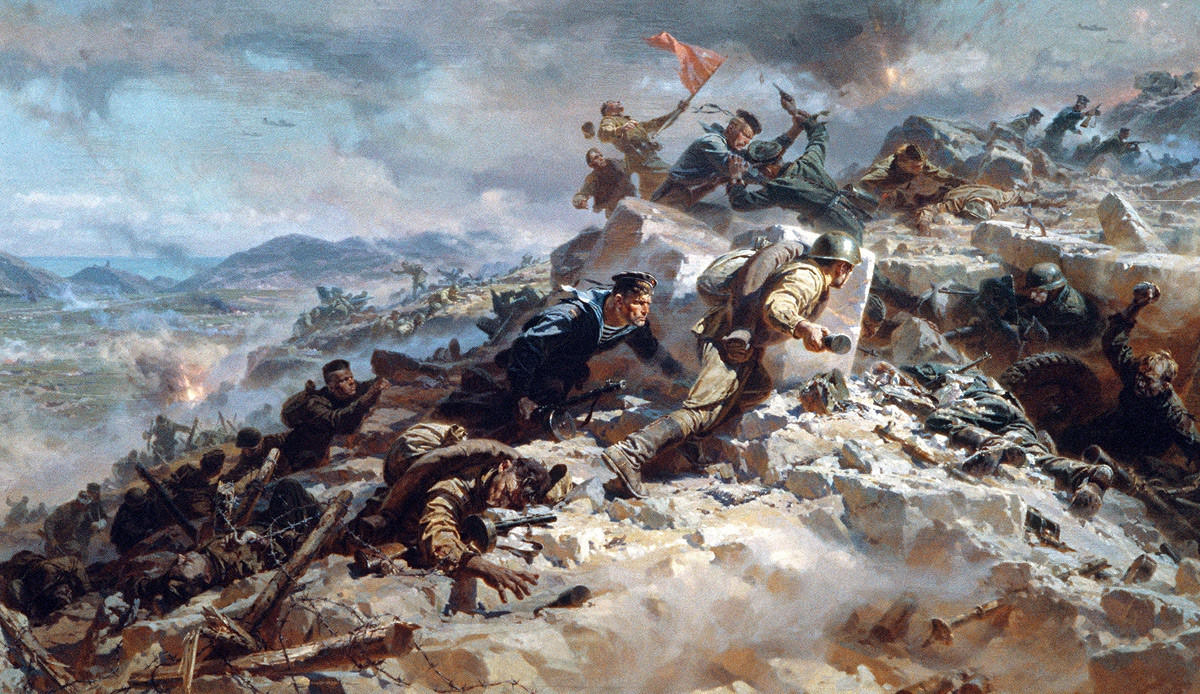 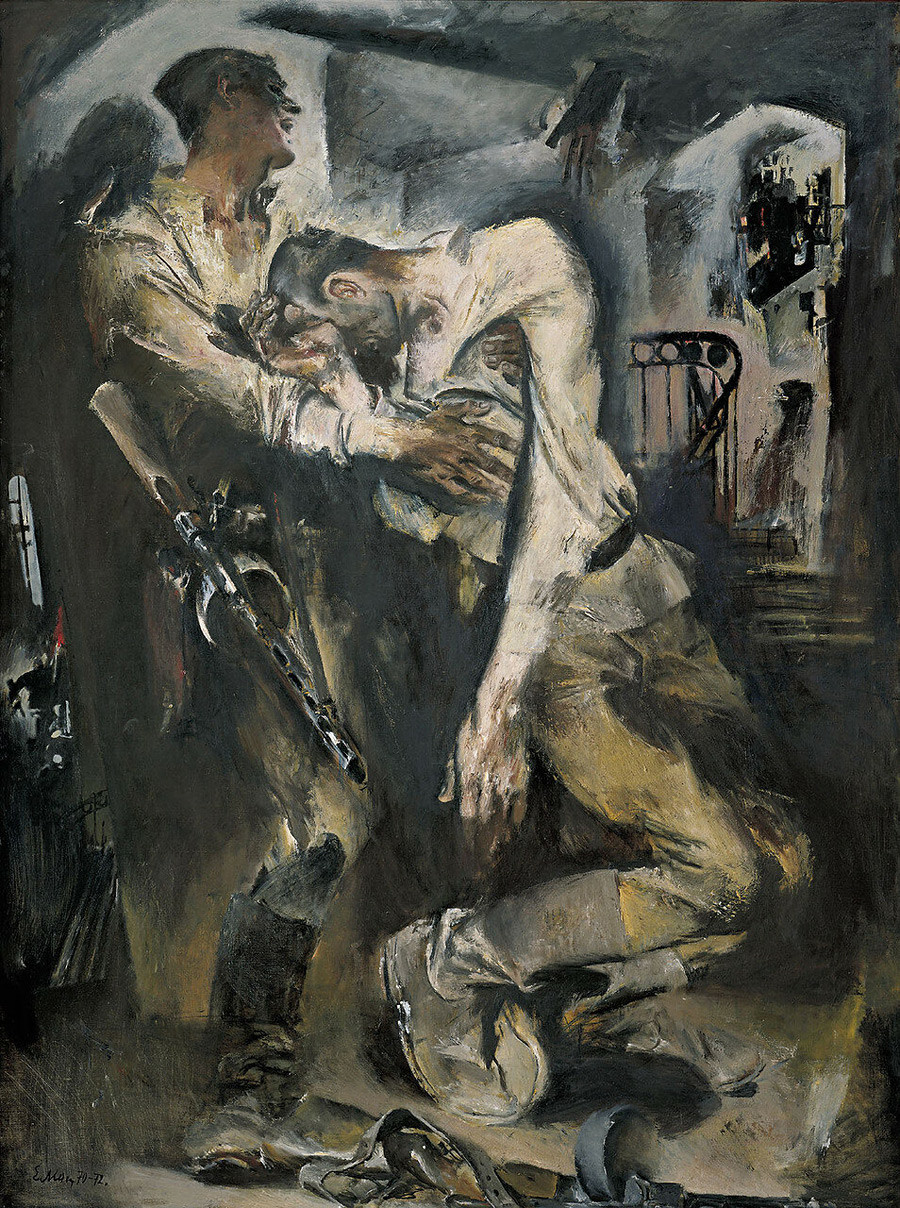 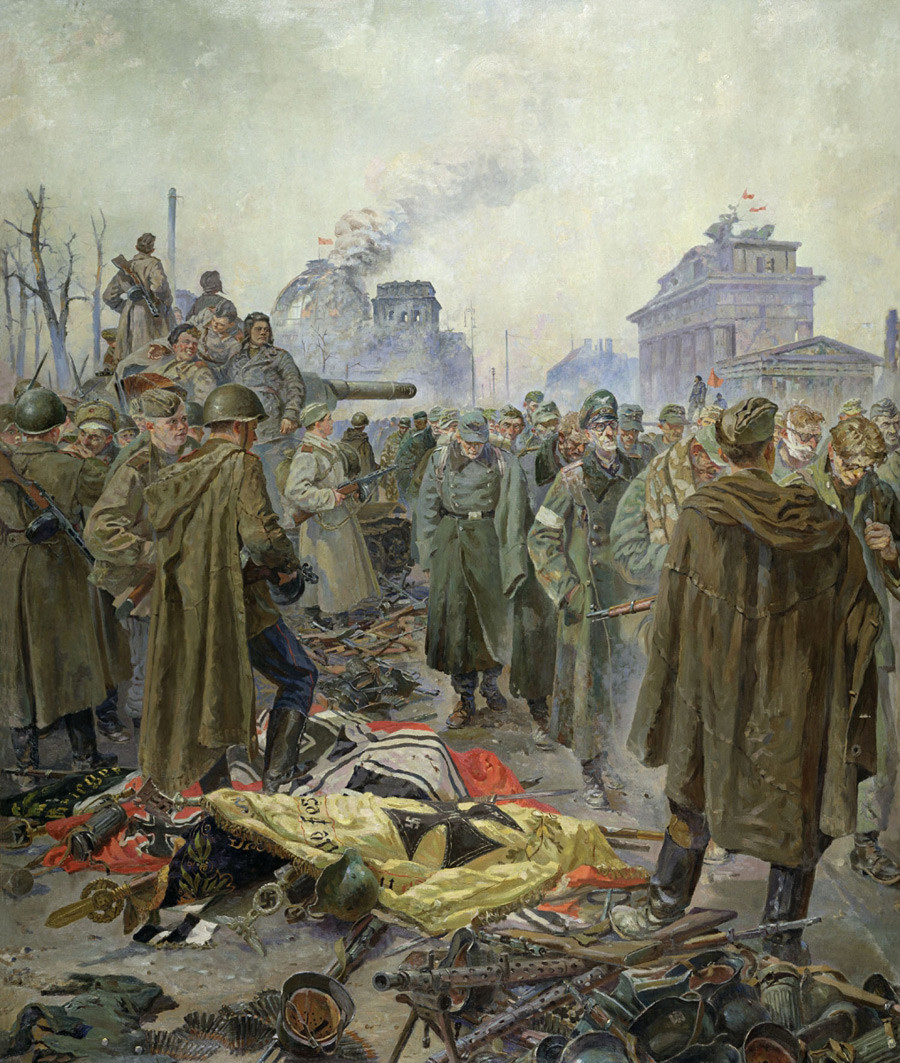 16. Kukryniksy. The End (1947-1948). "Kukryniksy" was a collective name derived from the combined names of three caricaturists: Mikhail Kupriyanov, Porfiri Krylov, and Nikolai Sokolov. 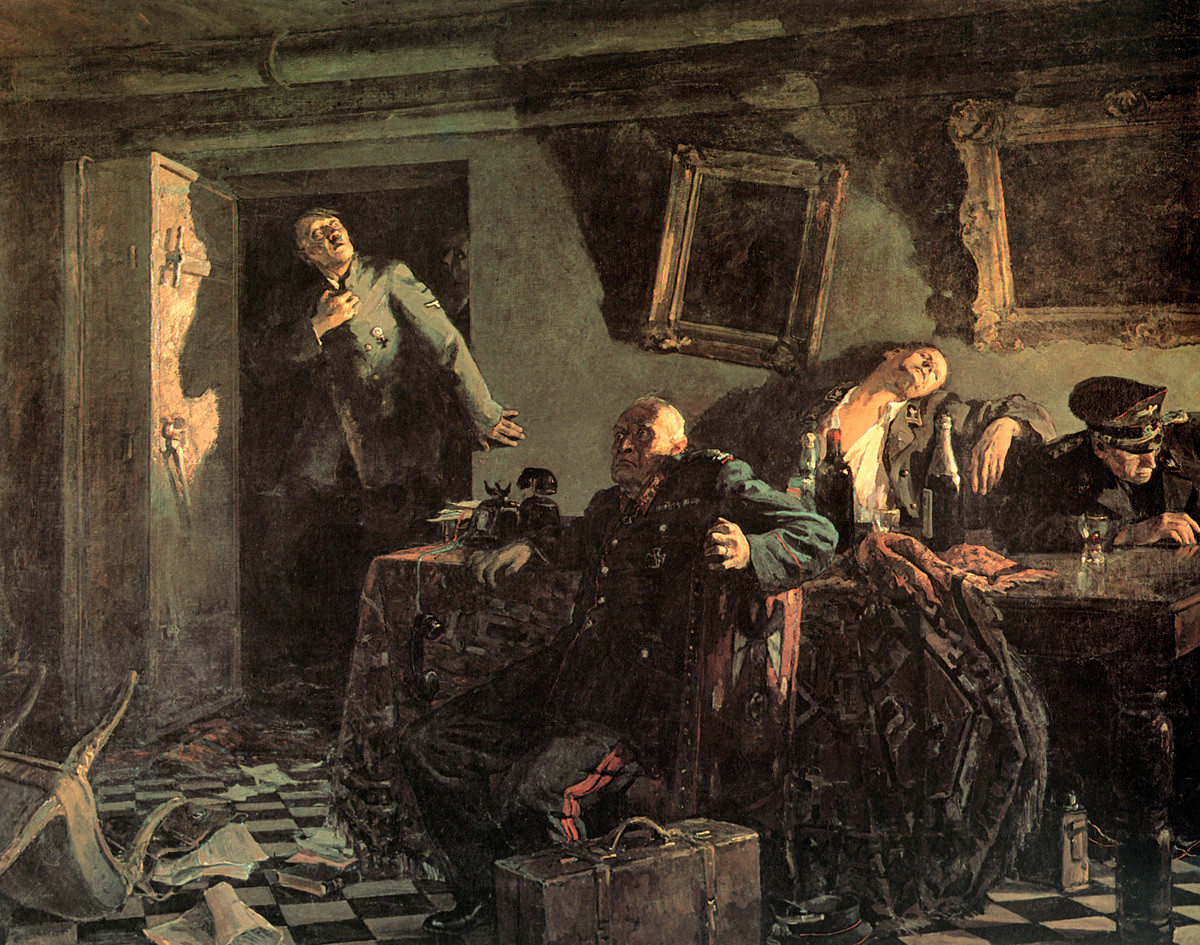 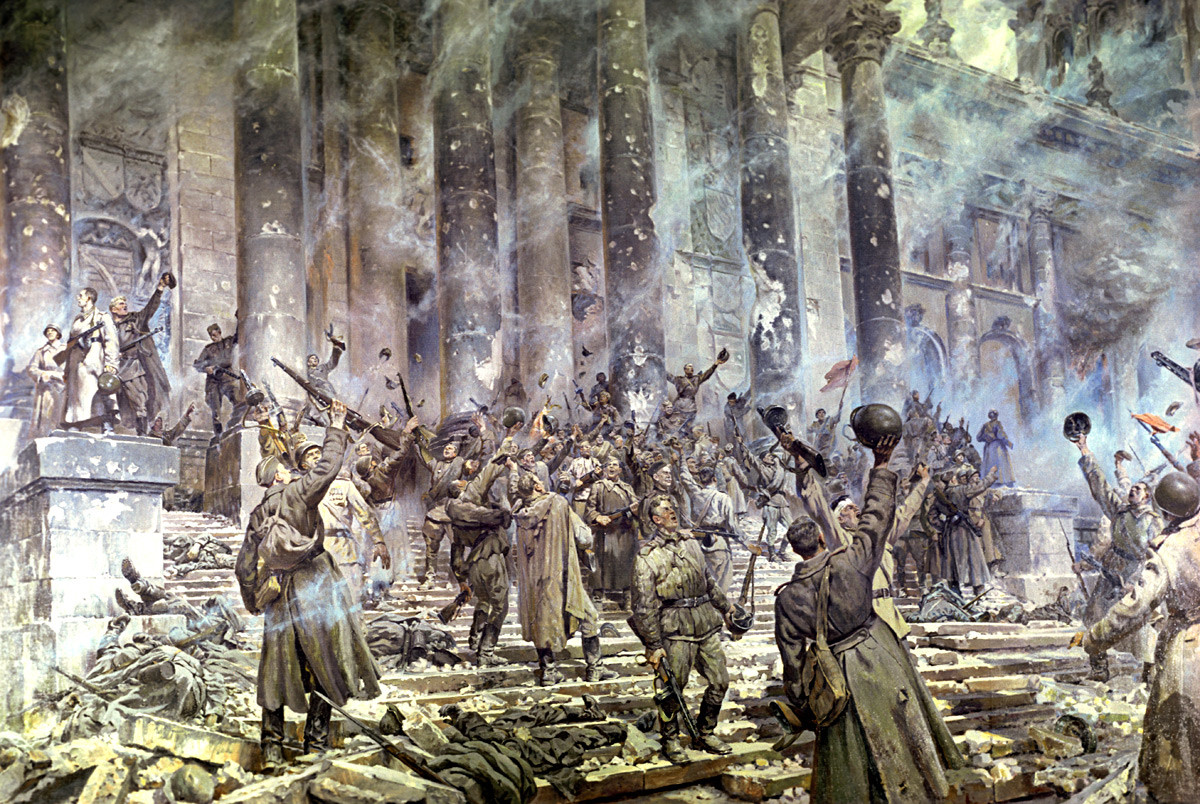 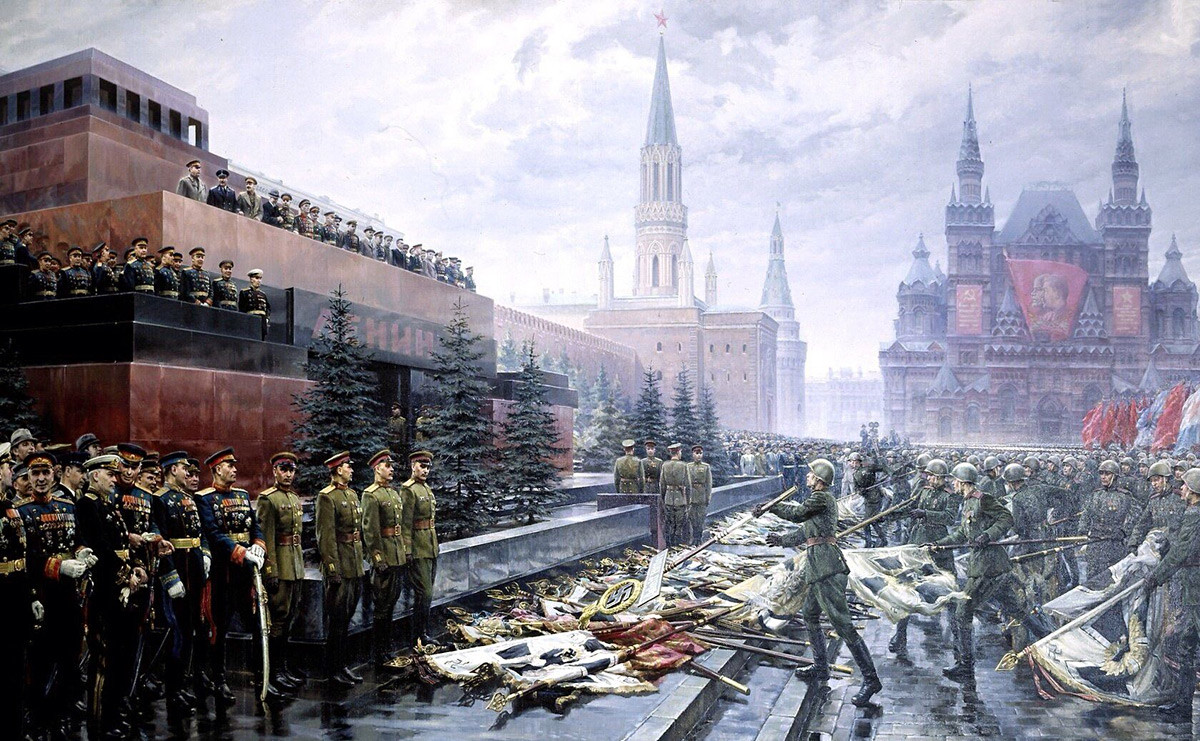 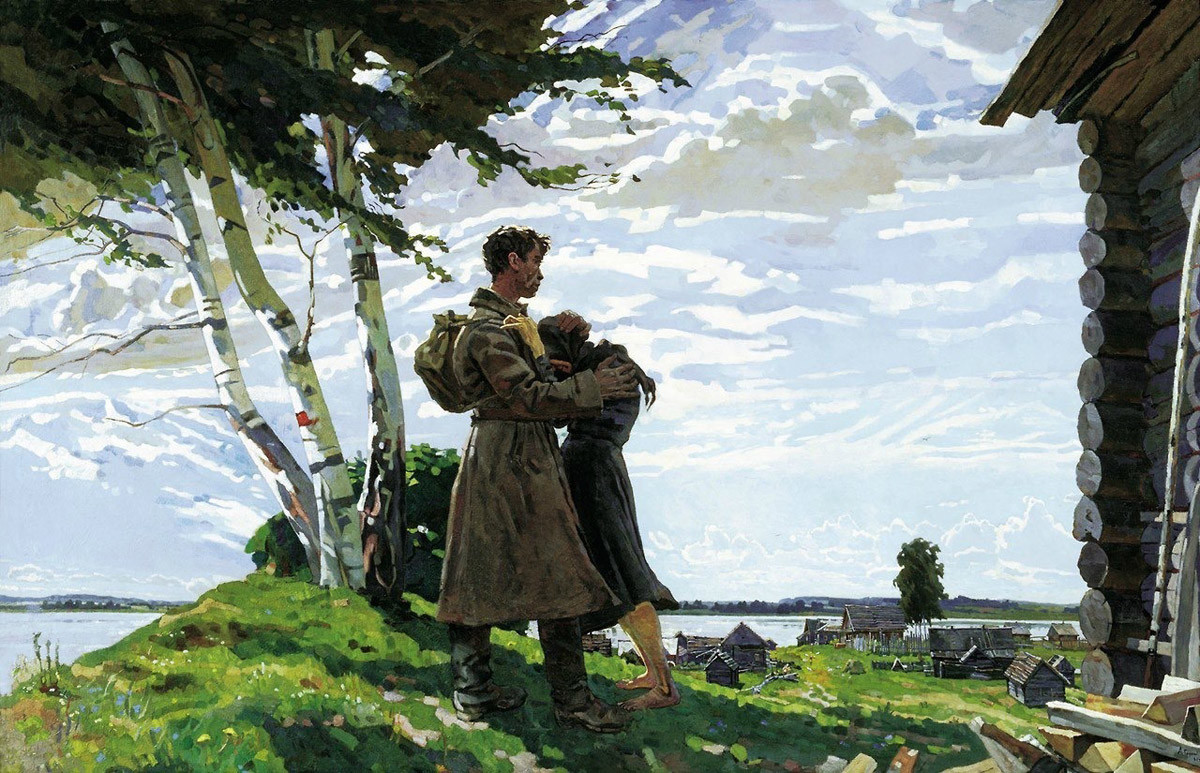 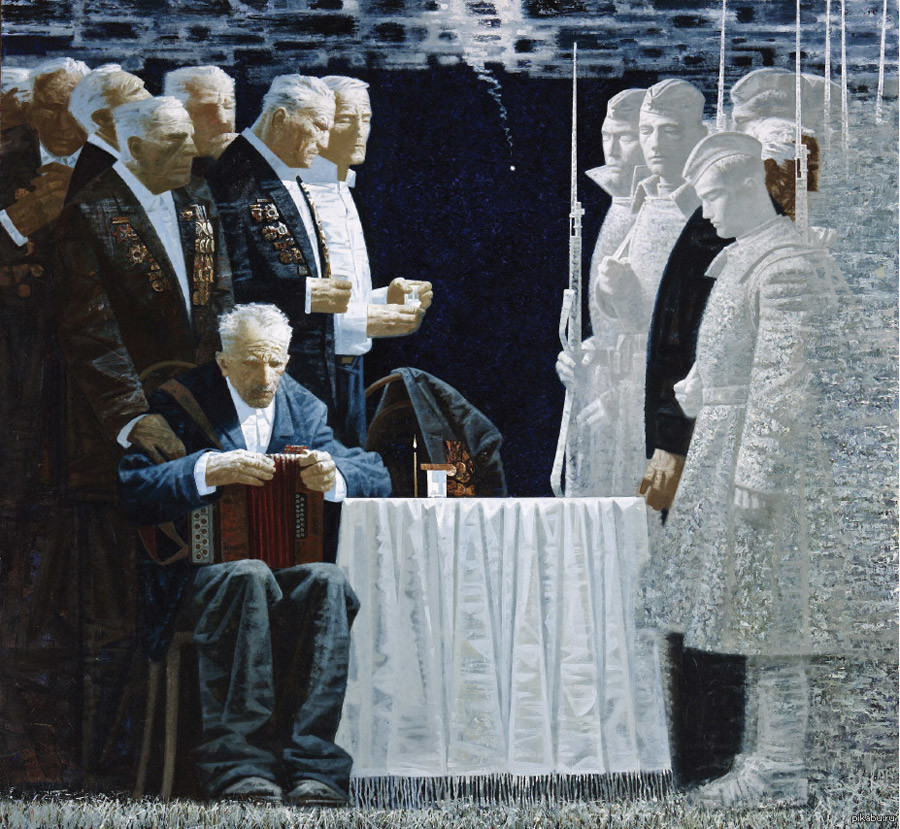