5 Russian icons who would not survive the #MeToo movement! 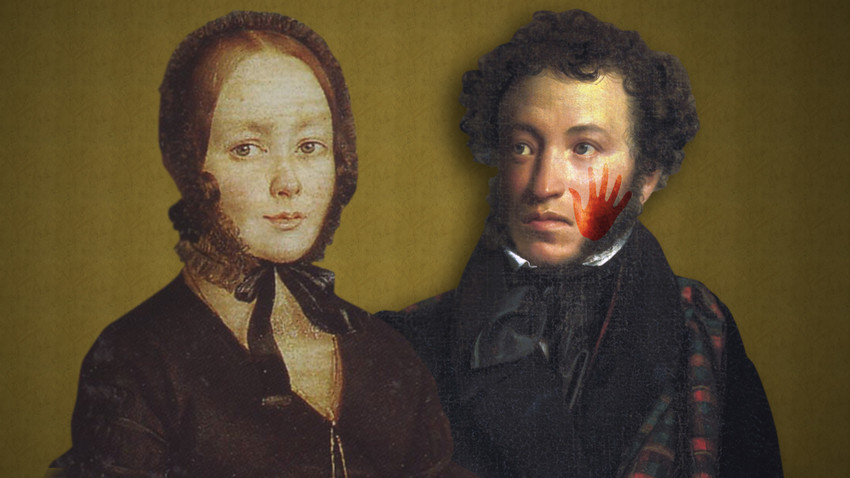 Alexander Pushkin (R) and Anna Kern, one of his multiple lovers who he didn't pay much respect to.

Global Look Press, Russia Beyond
As voices rise to prohibit Paul Gauguin because of his wrongdoings concerning underaged Tahitian women, we’ve decided to rummage through Russian history to find our very own historical celebrities whose crass behavior would simply not fly today. We’ve given each one his own American-style punishment.

What a time to be alive. On November 28, The New York Times published an article on Paul Gauguin (the famous post-Impressionist artist of the 19th century), specifically on the exhibition of his works at the National Gallery in London. The article is entitled “Is It Time Gauguin Got Cancelled?”

That is the question the exhibition’s sponsors ask directly as Gauguin, who spent several years of his life in Tahiti, “repeatedly entered into sexual relations with young girls” and “exploited his position as a privileged Westerner.”

Against this backdrop, we’ve decided to test the same approach on some Russian cultural and historical icons whose private lives were, to put it mildly, in a gray moral area. What would have happened had we, full of righteous anger, banned the legacy of these harassers and abusers altogether? 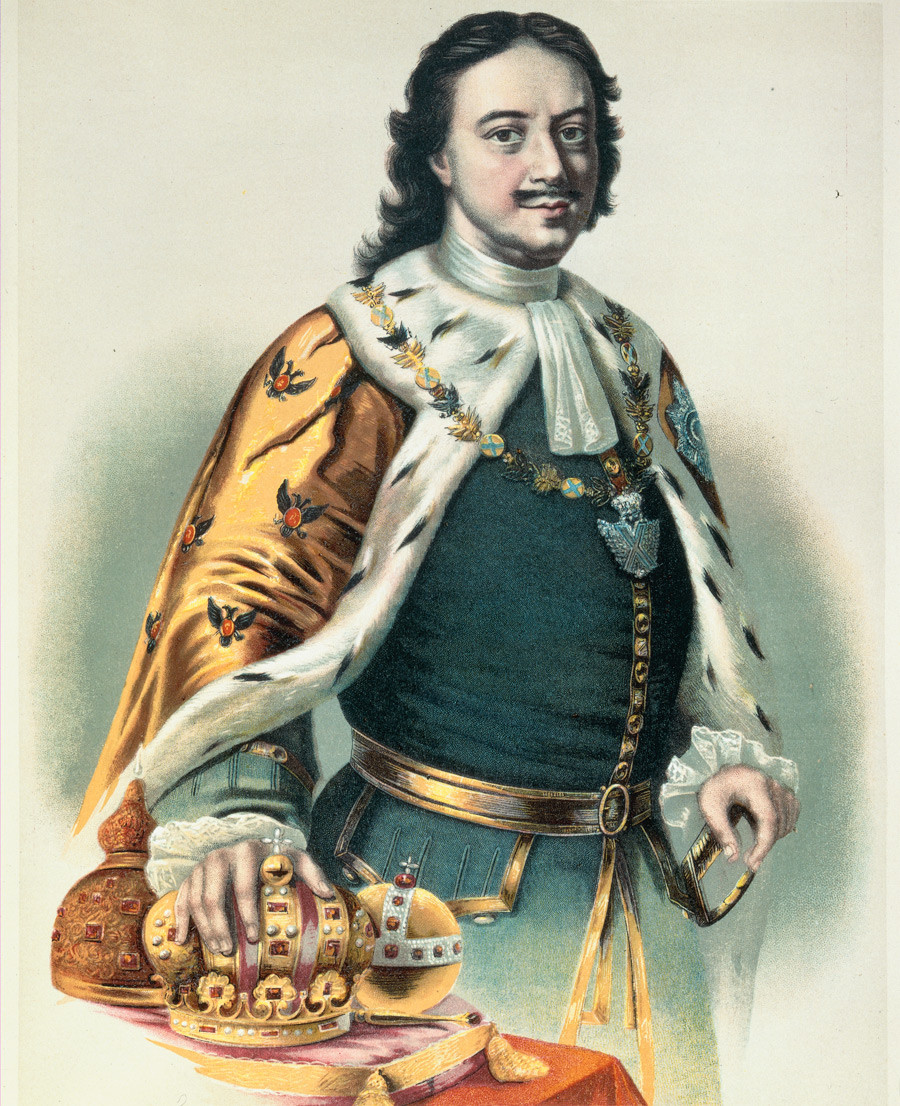 Peter I forged Russia into a European empire and founded one of its most beautiful cities, St. Petersburg, but, like many monarchs of his time, conducted himself hideously around women. For starters, he put his first wife, Yevdokiya Lopukhina, in a monastery (out of sight, out of mind!) having got bored of her. (Later he also ordered to execute their son tsarevich Alexey, but for an unrelated reason).

As for his second official wife – empress Catherine I, who ruled after Peter’s death - she started out as a concubine of his associate Alexander Menshikov – Peter just liked her and ended up owning her. The 18th century was rife with gentlemen.

Punishment: Burn down St. Petersburg, as it was built by an obvious harasser, and therefore deserves to be erased off the face of the planet! 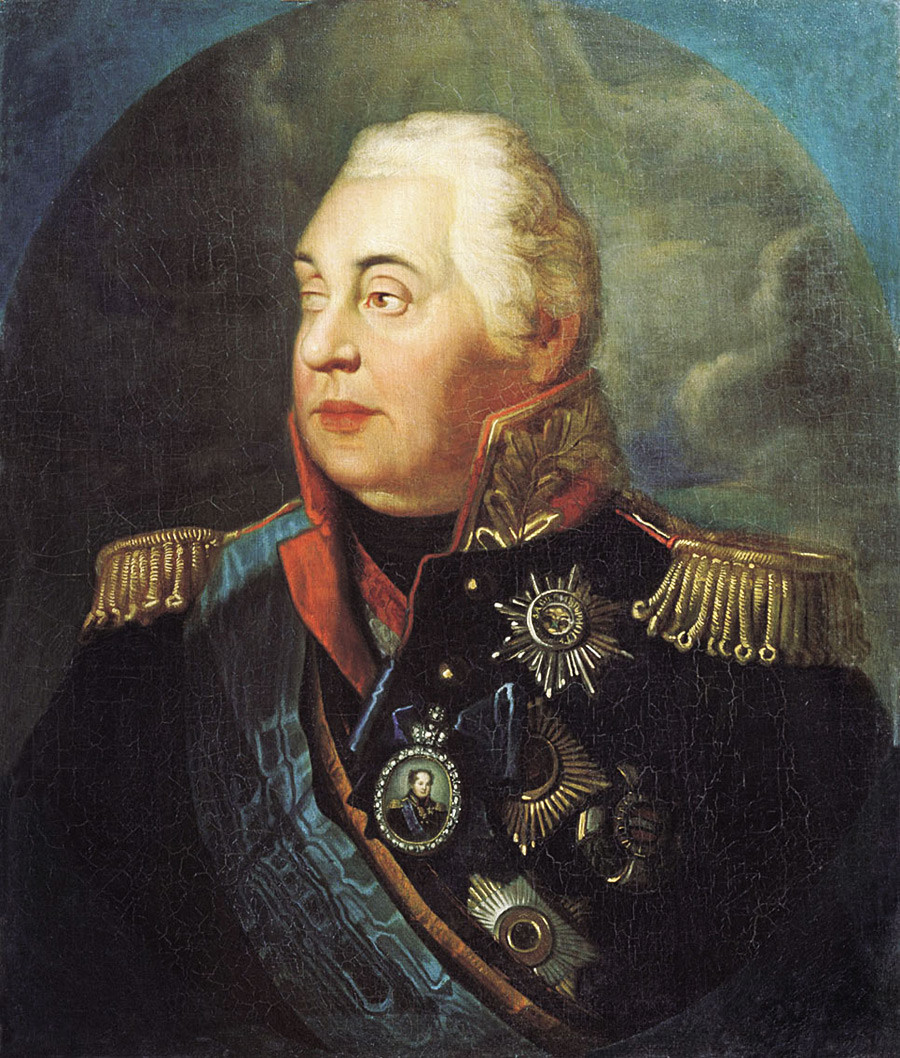 One of the greatest military commanders in Russian history, Kutuzov led the Russian army in the Patriotic War of 1812, when it defeated Napoleon and put an end to France’s dominance over Europe. Before that, Kutuzov had dozens of years of military service and victories. But he certainly doesn’t set a great moral example for men in the 21st century.

The thing is, Kutuzov, like many other senior commanding officers of his time, had many mistresses while in the field. “During the war with the Turks, one of his mistresses was 14 years of age, while he was 60,” historian Arseny Zamostianov noted. 19th century – who cares. 21st century – shameful.

Punishment: Release a lengthy chain of Twitter statements about being a “different person” than the one that the public has been led to believe. Then denounce the results of the 1812 war and give Smolensk and several other Russian cities back to France. 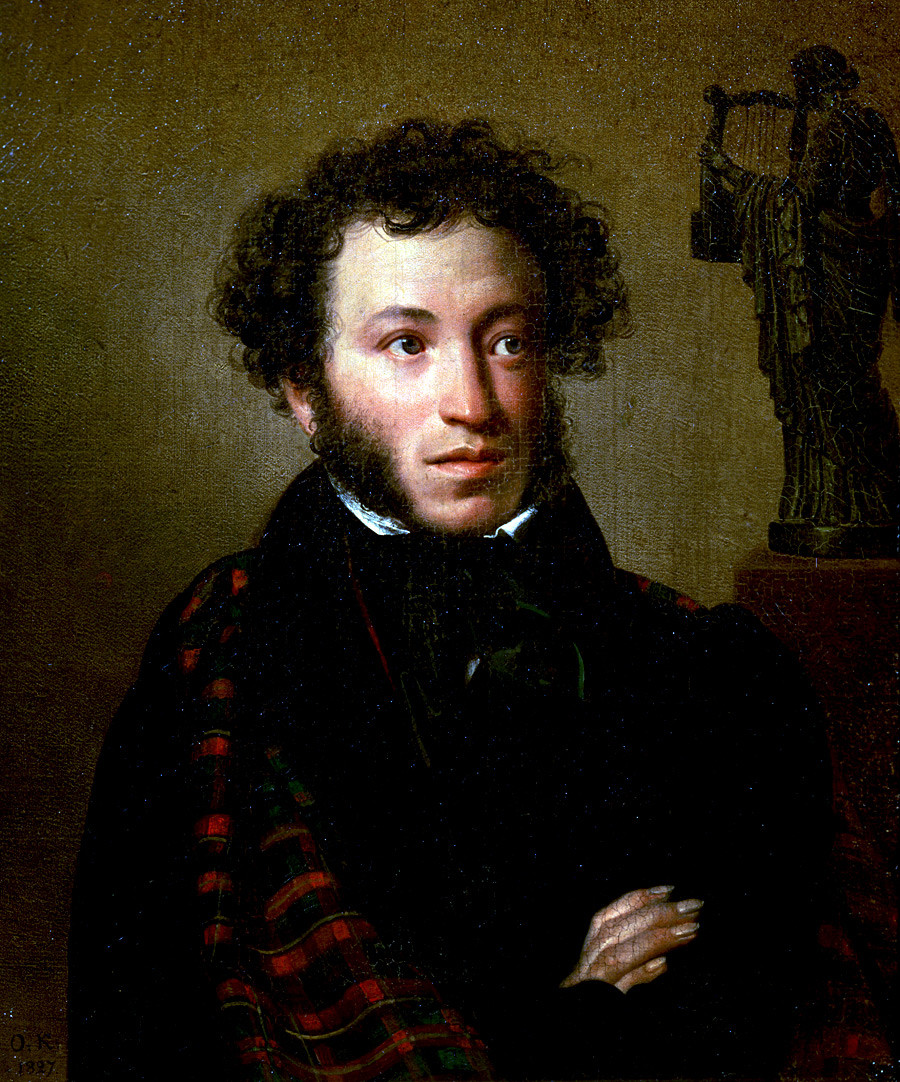 The greatest Russian poet, nicknamed “our everything” was a ladies’ man, but it didn’t always look pretty. For instance, after he got what he wanted from Anna Kern, who inspired one of his most famous and lyrically marvelous love poems, he wrote to his friend in a down-to-earth manner: “…with God’s help, I f*cked Kern.”

Moreover, he had at least one documented relationship with a serf woman – and serfs basically had no option of saying “no” to a noble person back then. After getting Olga Kalashkikova pregnant, Pushkin sent her away, asking one of his friends “to take care of a baby… if it’s a boy.”

Punishment: Burn down all of Pushkin’s works – together with St. Petersburg which he admired. Demolish all his monuments and open a PTSD hotline and shelter for victims of his poetry who’d previously had no idea, and couldn’t survive the shock of finding out. 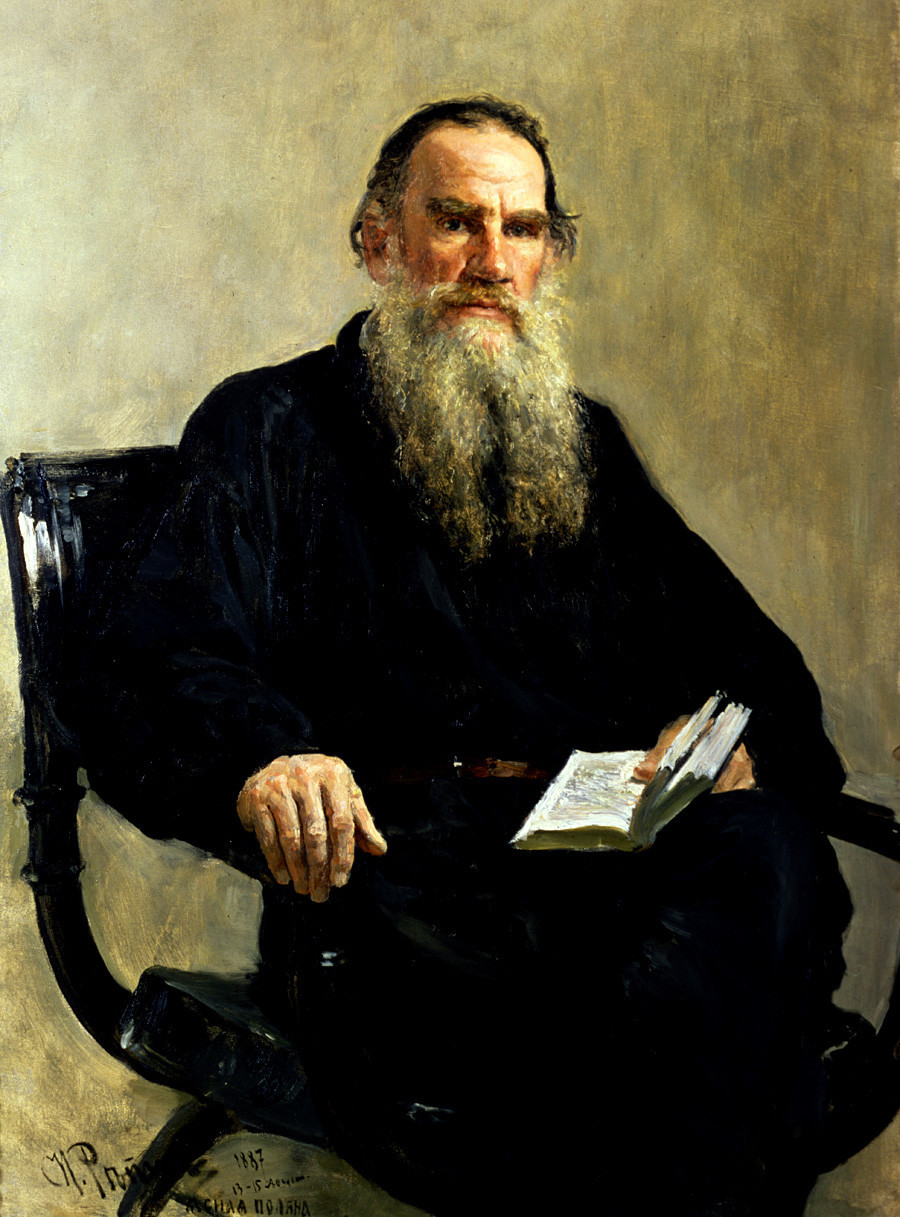 First off, the author of War and Peace and Anna Karenina had also had a relationship with a serf woman (and a son whom he never recognized as his own). Second, while quite progressive in his views on Russian society, Tolstoy could be a real conservative when it came to women, considering, in particular, all the emancipation nonsense. “He always opposed freedom and equal rights for women,” his wife Sofia wrote. “He said that whatever job a woman has, be it education, medicine or art, she has only one goal: sexual love. As long as she gets it, she drops everything else.” What a misogynist!

Life was generally hard for Sofia: though Tolstoy loved her and, most likely, never cheated on her after they wedded, he was a terrible husband. Here is our article on the subject.

Punishment: Get rid of all Tolstoy’s books. Replace them with books on women’s empowerment, and also get a bunch of modern women unfamiliar with his writing to talk about what a horrible person he was when alive. Air the whole video at a major sports event at half-time (like a Superbowl ad) in order to deter as many would-be Tolstoys as possible. 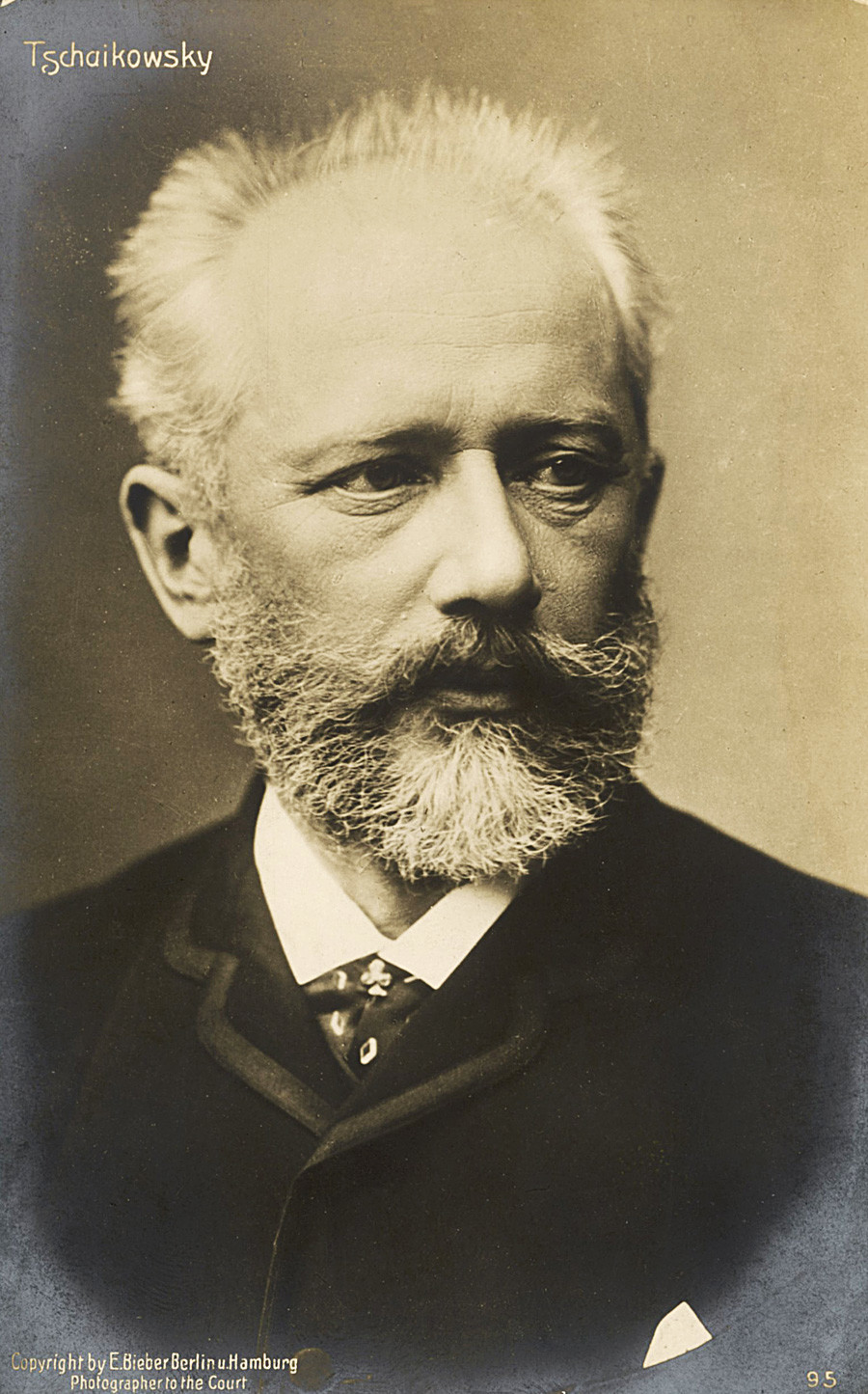 One of Russia’s best composers, Tchaikovsky was gay. But, much like Kevin Spacey, he wouldn’t have been saved from sexual harassment accusations by that fact, had he lived in the 21st century. According to Tchaikovsky’s diaries and letters, he had several relationships with underaged boys, including his servants.

That doesn’t mean the composer was a sexual predator – he treated his lovers well. For instance, his servant, Alexey Safronov, a former serf, according to Tchaikovsky’s biographer Alexander Poznansky, evolved “from a bed mate to a valued friend, who eventually married with Tchaikovsky's blessing, but stayed in his household until the very end.” Nevertheless, the holier-than-thou moral judges of the modern age could easily accuse Tchaikovsky of child molesting and drag his entire legacy through the mud.

Punishment: Stop performing any of Tchaikovsky’s works as they are obviously burdened with his sins. When discussing history’s monsters, make sure to throw Tchaikovsky into the same sentence with Jimmy Savile. But more importantly, outlaw the playing of his music in public spaces, and make moral anguish a legal thing when cafe owners accidentally transgress. When it does inevitably happen, create a series of Twitter hashtags to shame the coffee place for “performing the art of predators”, and drain it of its clientele.

If any conclusion can be drawn here, it is that judging the authors, artists and rulers from days long gone, as well as denouncing their work due to the hideous things they did in their private lives, is quite absurd. As Russian journalist Yuri Saprykin pointed out (link in Russian), “Gauguin can’t be judged by the same laws as romcoms that are expected to ‘promote healthy relations’.” And neither can any other historical figure.