Interview with Dostoyevsky: What would the iconic writer say on social media? 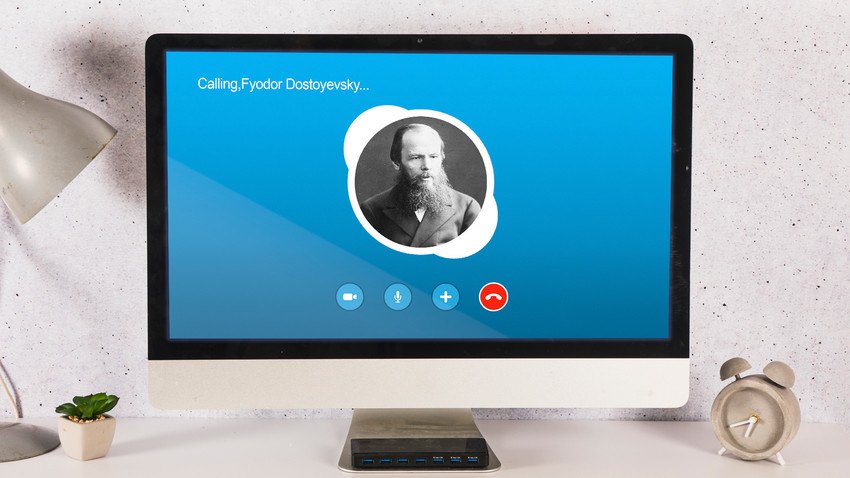 Global Look Press, Anton Romanov
We conducted a 'séance' with Dostoyevsky by studying his novels and journals in search of answers to some of the burning issues of today, e.g. coming out, bullying and harassment.

Fyodor Mikhailovich, what do you think about today’s social media 'epidemic'? So many people lead their lives on social media, posting beautiful pictures and sharing clever quotes, including yours.

To a commonplace man of limited intellect, for instance, nothing is simpler than to imagine himself an original character, and to revel in that belief without the slightest misgiving.

The present day is the golden age of mediocrity and callousness, of a passion for ignorance, idleness, inefficiency, a craving for everything ready-made.

How do you feel about Tinder? Can one find a decent companion there? What would you advise paying attention to when making a choice?

I may perhaps be in error, but it seems to me that a man may be known by his laugh alone. If the laugh of a man you are acquainted with inspires you with sympathy, be assured that he is an honest man. 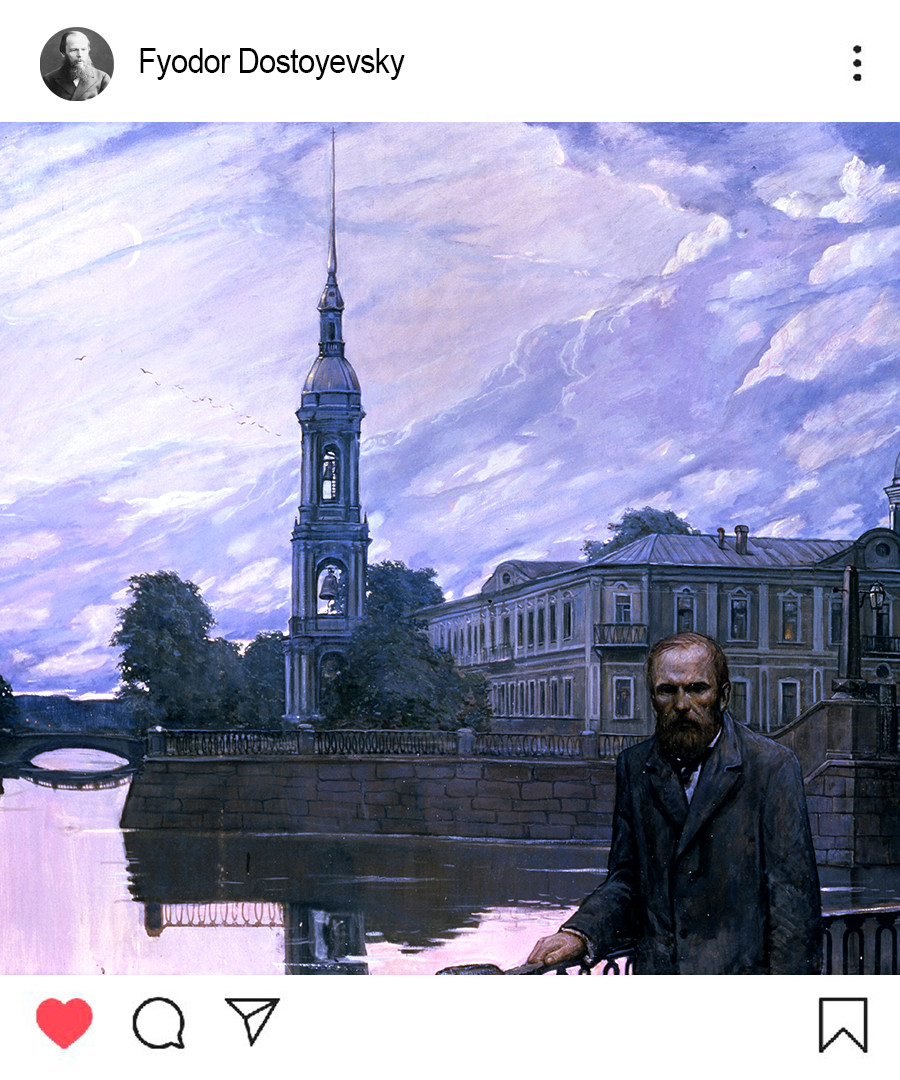 When was the last time you laughed?

The Russian often laughs when he ought to be weeping…

Hmm, I see. These days many people moan and complain … and write endless Facebook posts about depression. How should they fight it?

Man is unhappy because he doesn’t know he’s happy. It’s only that. That’s all, that’s all! If anyone finds out, he’ll become happy at once, that minute… How many times it has happened to me - well, for instance, to take offence simply on purpose, for nothing; and one knows oneself, of course, that one is offended at nothing; that one is putting it on, but yet one brings oneself at last to the point of being really offended.

Judging by your books, you are also familiar with depression. What do you do to cope with a bad mood? Do you perhaps go to therapy sessions?

One may live and yet be ignorant of the fact that under one’s very nose there might be a book in which one’s whole life is described as in a picture. Never could I have guessed that, as soon as one begins to read such a book, it sets one both to remember and to consider and to foretell events. 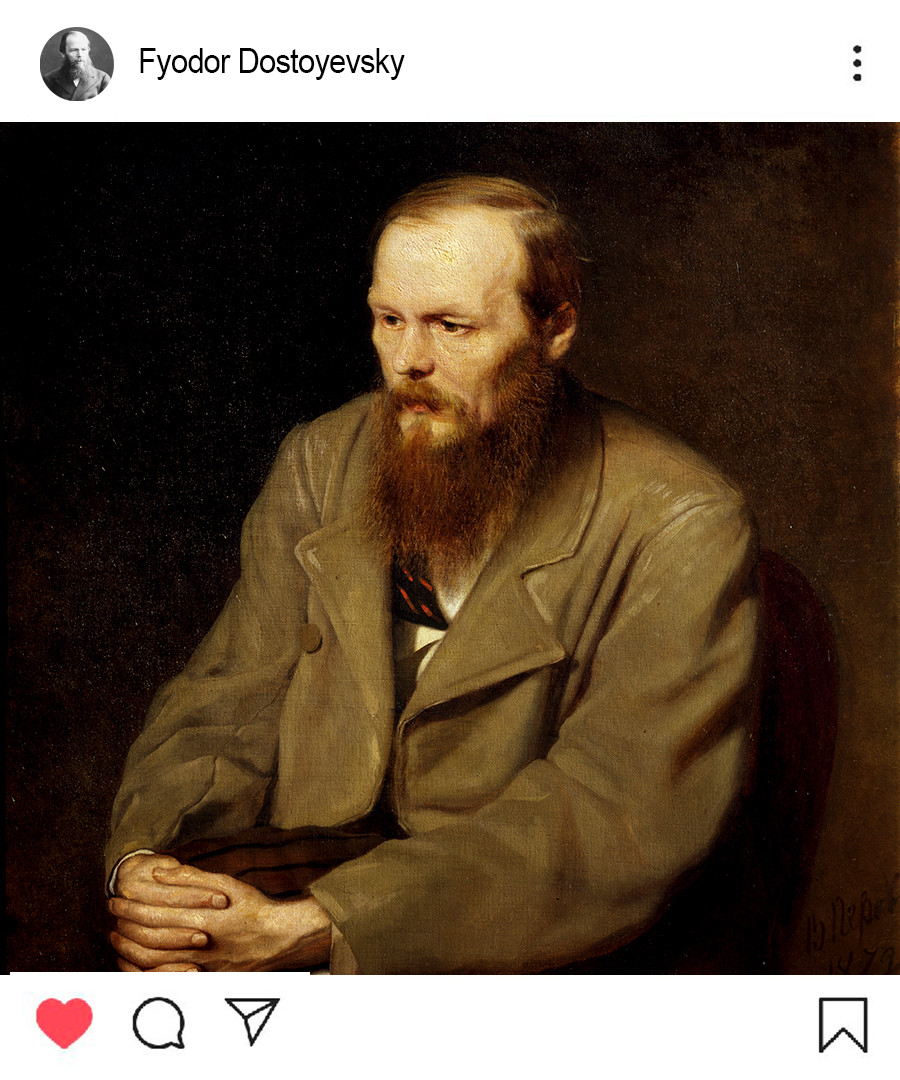 You do not have social media accounts, but if you did would you share things that you write in your diary?

If it were only possible (which, however, from the laws of human nature never can be possible), if it were possible for every one of us to describe all his secret thoughts, without hesitating to disclose what he is afraid to tell and would not on any account tell other people, what he is afraid to tell his best friends, what, indeed, he is even at times afraid to confess to himself, the world would be filled with such a stench that we should all be suffocated.

Do you believe in the sincerity of those who expose their entire life on social media, coming out and publishing various confessions?

Every man has reminiscences that he would not tell to everyone, but only to his friends. He has other matters in his mind which he would not reveal even to his friends, but only to himself, and that in secret. But there are other things which a man is afraid to tell even to himself, and every decent man has a number of such things stored away in his mind. The more decent he is, the greater the number of such things are in his mind.

What should be done, for example, about the tidal wave of harassment, as women reveal how they were molested and humiliated by men...

There are cases when women are very, very glad to be insulted in spite of all their show of indignation. There are instances of it with everyone; human beings in general, indeed, greatly love to be insulted, have you noticed that? But it’s particularly so with women. One might even say it’s their only amusement… There are women who are good only for being mistresses and nothing else.

That sounds a bit harsh! You risk provoking feminists' wrath.

I may perhaps do people a kindness, but often I cannot see the slightest reason for doing them a kindness. People are not such splendid creatures that they are worth making much fuss about.

Can it be that you do not care about public opinion either? 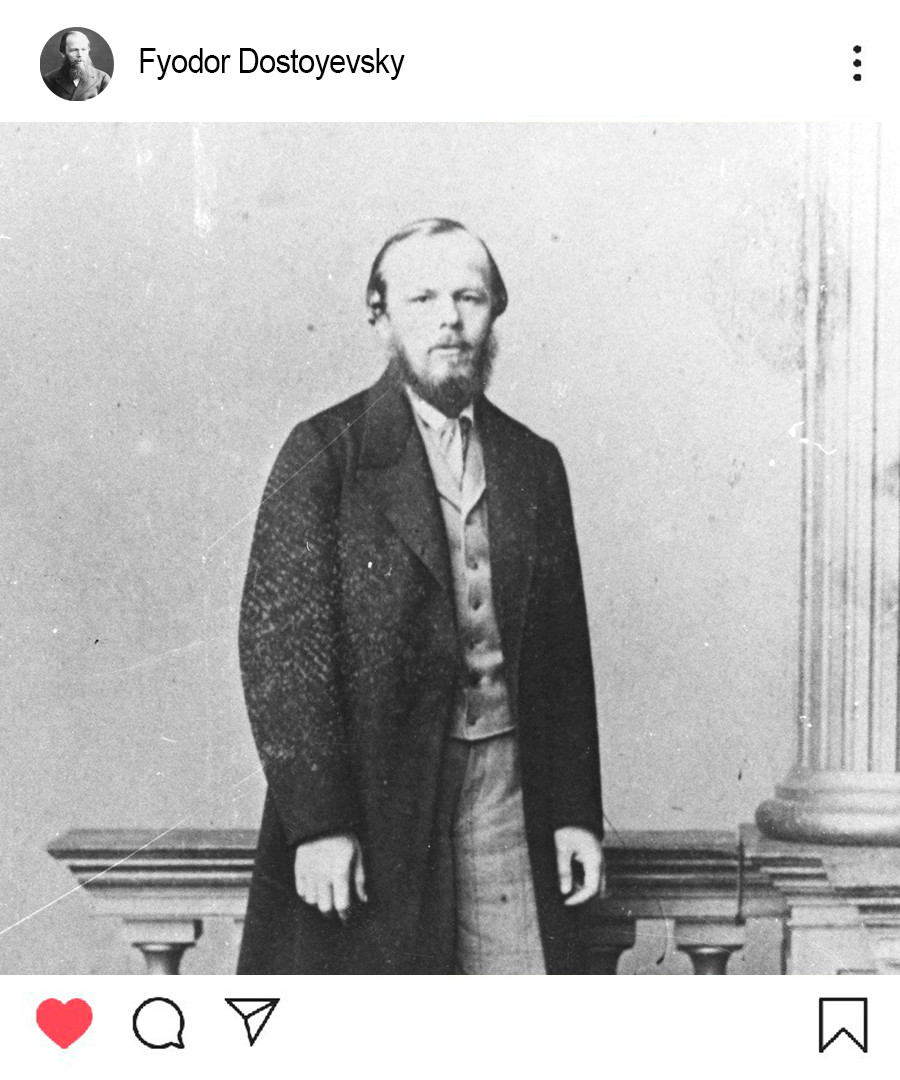 Would you engage in exchanging comments with haters?

There is in extreme cases, utmost cynical frankness when a nervous man, who is irritated and beside himself, is no longer afraid of anything and is prepared for any scandal, and even relishes it.

These days, a sense of humor and a good use of phrases are disappearing, and obscenities are taken for witticisms.

You are hard to provoke! Finally, what advice would you give to a Zoomer?

Above all, don't lie to yourself. The man who lies to himself and listens to his own lie comes to such a point that he cannot distinguish the truth within him, or around him, and so loses all respect for himself and for others. And having no respect he ceases to love, and in order to occupy and distract himself without love he gives way to passions and coarse pleasures, and sinks to bestiality in his vices, all from continual lying to other men and to himself.

Disclaimer: All Fyodor Dostoyevsky’s “answers” are actual excerpts from his novels and diary.

READ MORE: We (sort of) sat down with Leo Tolstoy to talk about life