Culture
Alexandra Guzeva
Knights, princesses and other magical creatures appear in the minds of Russians exactly like the interpretations of this extremely popular early 20th century artist. 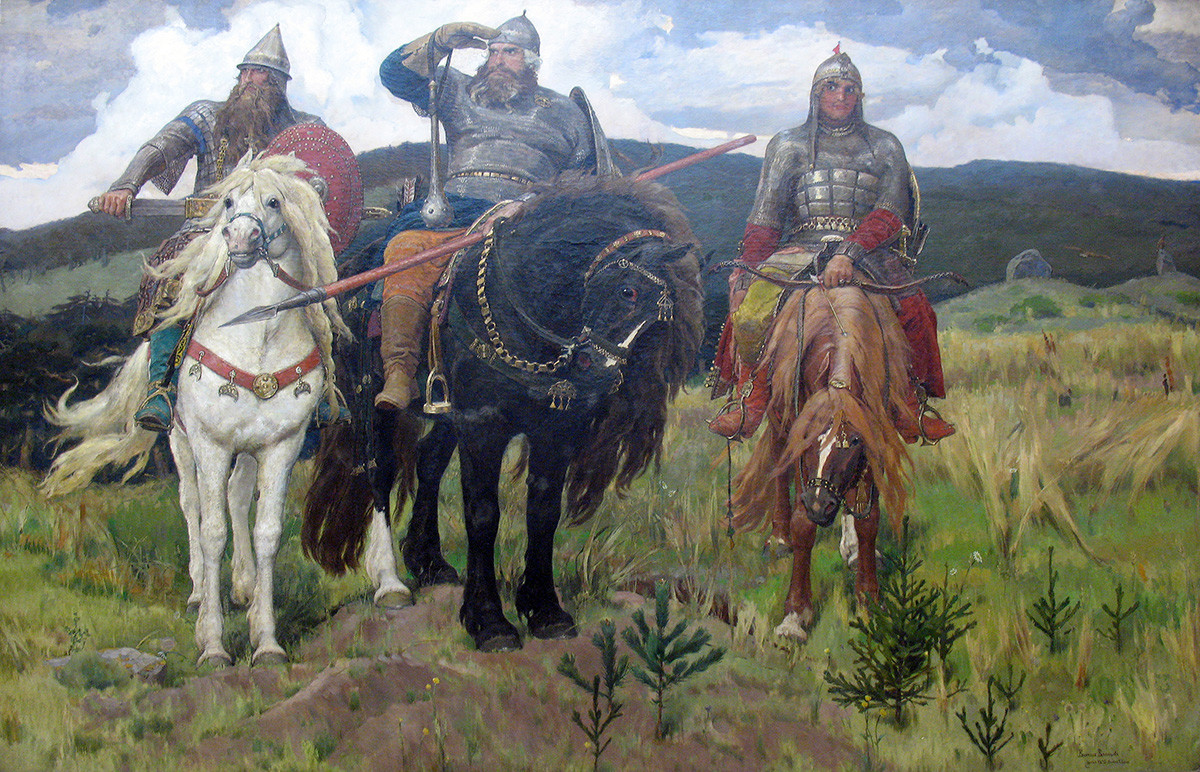 This is probably the most famous and most important painting by Viktor Vasnetsov (1848-1926). He was working on it for 20 years and as soon as he had finished, collector Pavel Tretyakov immediately bought the canvas - since then, it occupies an entire wall in the Tretyakov Gallery in Moscow. The painting features three main heroes of Russian folk epos (“былины”, or byliny), brave, very strong and unbeatable: the bogatyrs Dobrynya Nikitich, Ilya Muromets and Alyosha Popovich. 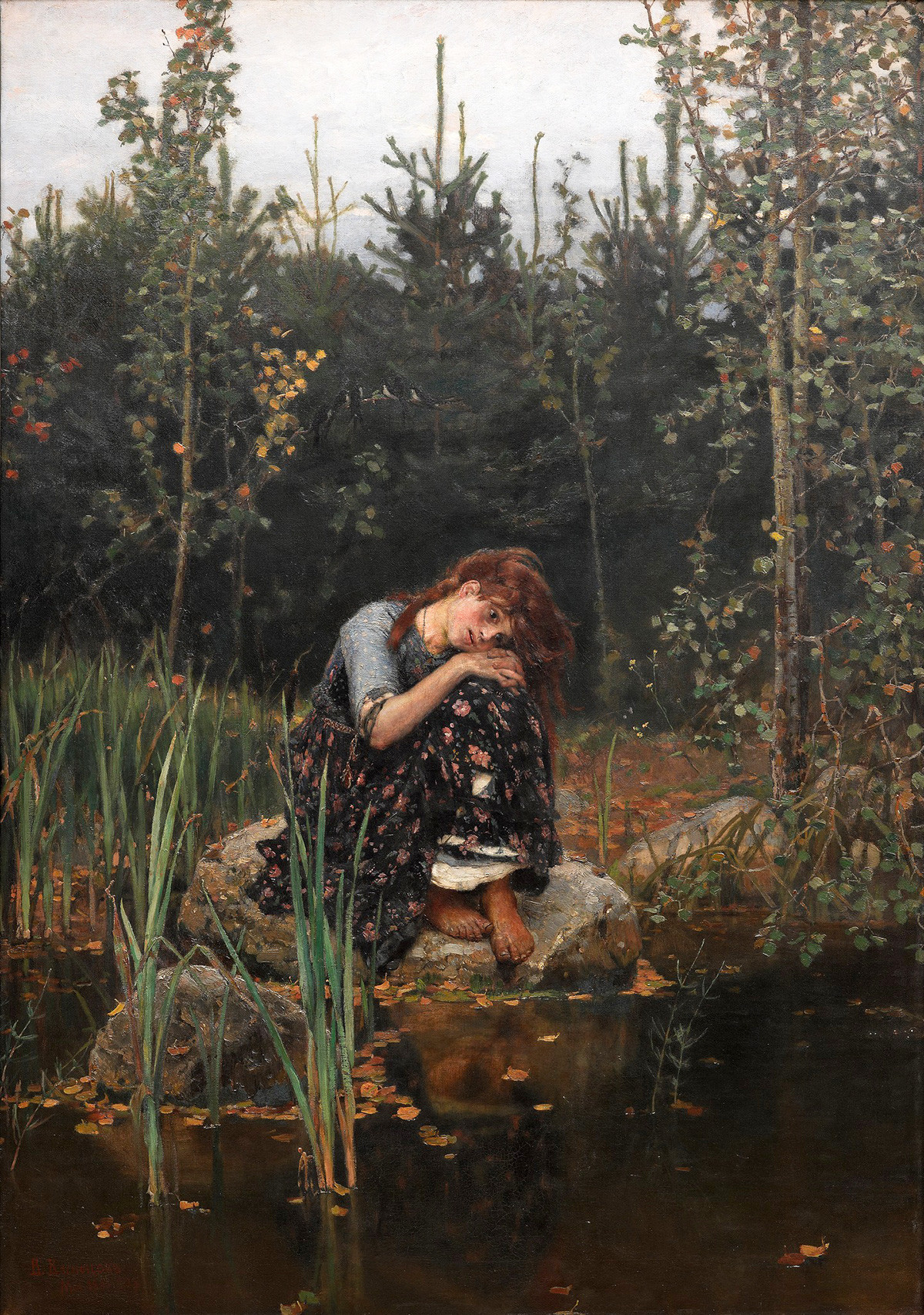 Viktor Vasnetsov started his artistic journey with realistic genre scenes and joined the peredvizhniki art movement, who wanted to show the real life of ordinary people. This way they broke the classic tradition and refused to paint only tsarist ceremonial or canonic bible plots.

Looking for inspiration, Vasnetsov noticed a sad girl sitting and looking at the water. It reminded him of the tale ‘Brother and sister’ (which is internationally renowned, but has a Russian version, as well). So Vasnetsov painted this girl pretending she was Sister Alenushka grieving that her brother had turned into a goat after sipping bewitched water. The artist said he found so much traditional Russian “toska” and sadness in this image. 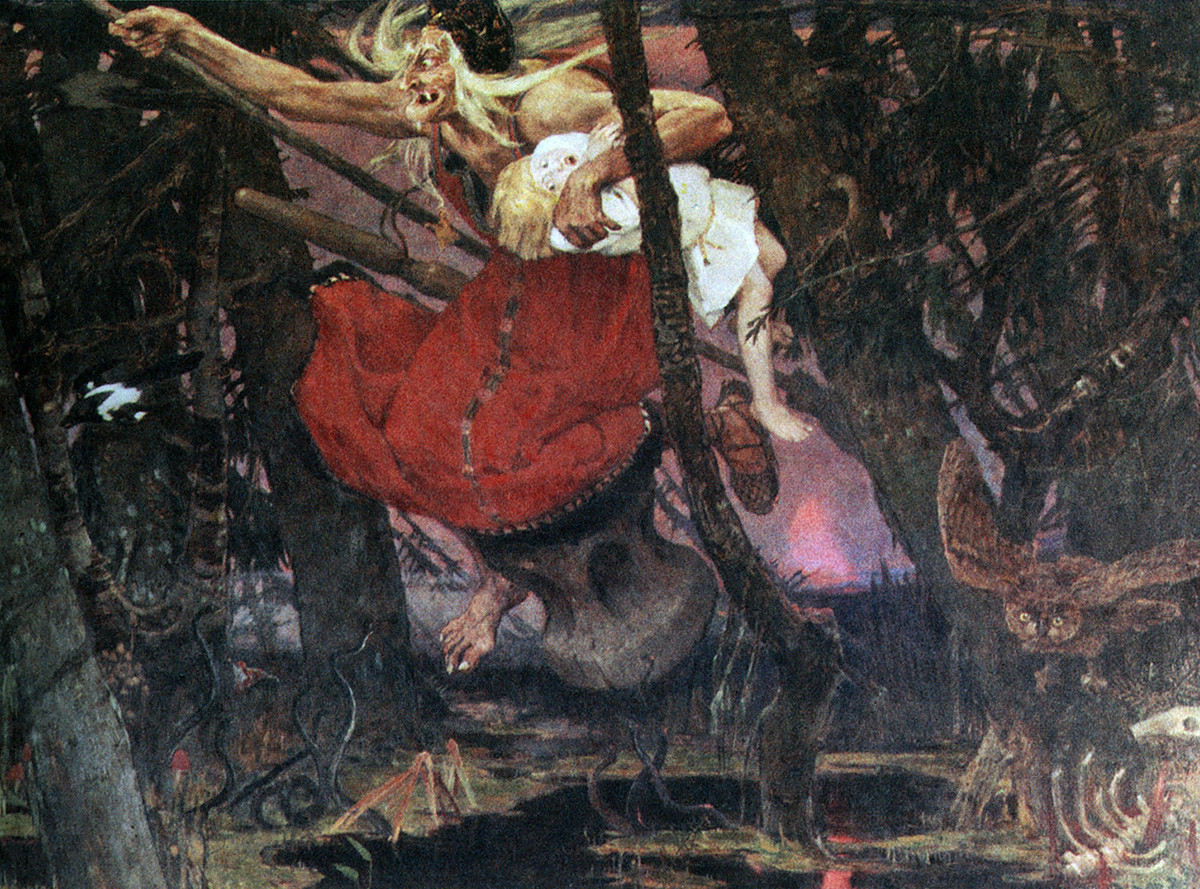 Vasnetsov slowly began to switch from pure realism to folklore plots and he turned out to be one of the first Russian artists to appeal to Russian national roots. He is even considered to be a founder of the Neo-Russian (or Pseudo-Russian) style.

He was so deeply immersed in this magic world of Russian tales that he even created a real-life “hut on chicken legs”, which, according to the tale, is the old witch Baba Yaga’s house (and who actually is a living creature itself). (Find a photo of this hut on the Abramtsevo Estate here). 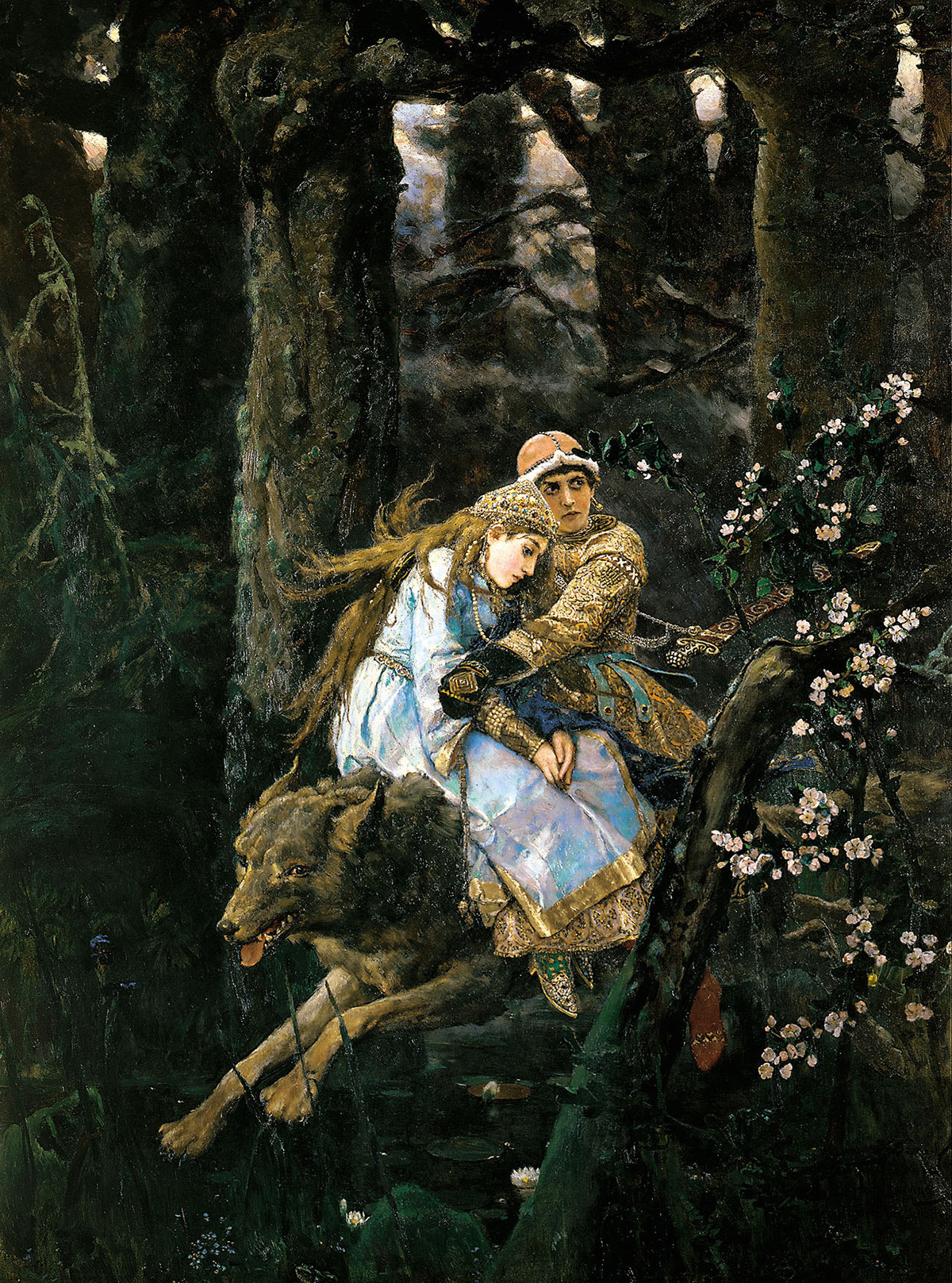 Art patron Savva Mamontov’s Abramtsevo Estate meant a lot to Vasnetsov (and other Russian artists). He helped to paint out walls of the estate’s house church and found a lot of truly natural Russian landscapes for his paintings. And moreover, some of his characters, like Elena the Beautiful on this painting, is a portrait of Mamontov’s niece. 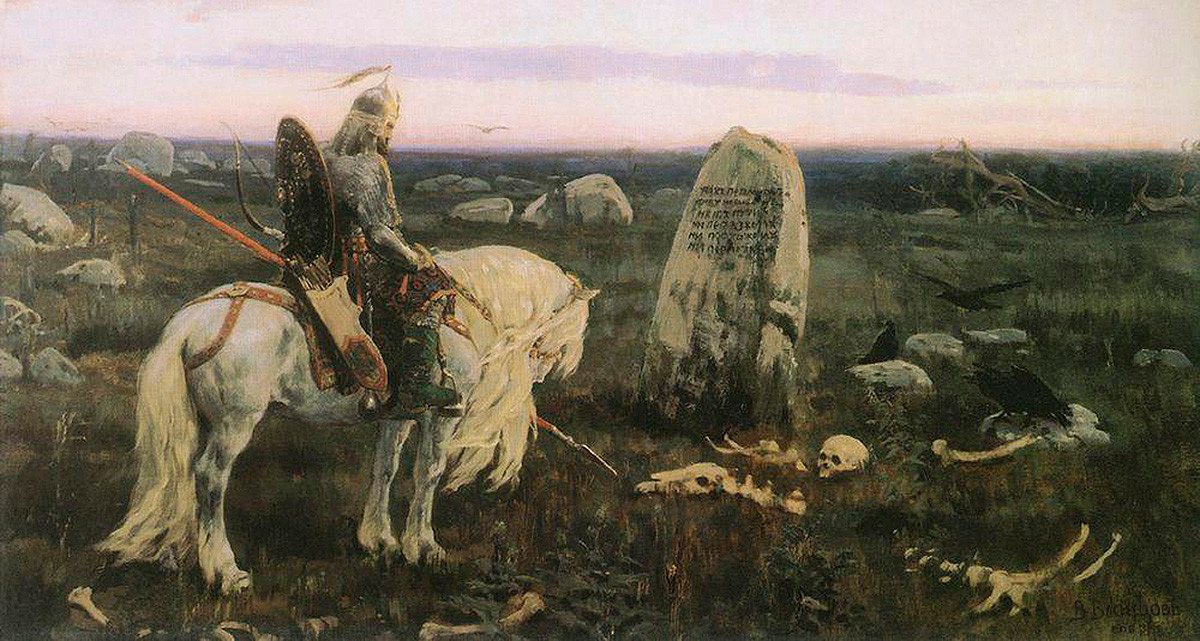 Serpukhov Museum of History and Art

This painting is another illustration of the Tsarevitch Ivan, the Firebird and the Gray Wolf tale, just like the painting above. According to the story, an old king orders his sons to find a magic Firebird. When they set off on their journey they see a magic stone where directions are written with metaphoric captions. If a knight solves the riddle, he will succeed in his affairs. Standing in front of this stone is one of the most philosophical things in Russian folklore, and Vasnetsov even multiplies the drama. 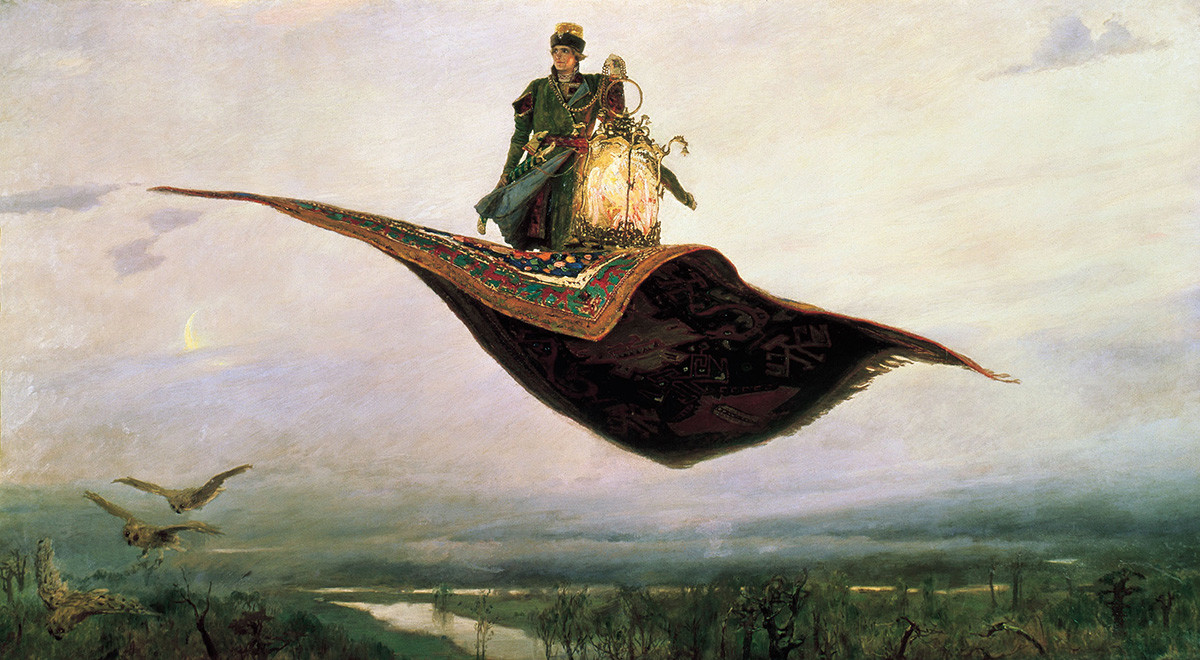 Another scene from the same tale. When Tsarevitch Ivan finally finds the Firebird, he comes back a hero and not on a wolf or horse, but on this magic carpet, which was gifted to him by the witch, Baba Yaga.

This painting was made by special order from Savva Mamontov to Vasnetsov, as he needed a canvas to hang on the walls of his railway office. However, the board decided it was too much of a fairytale to decorate a serious department. 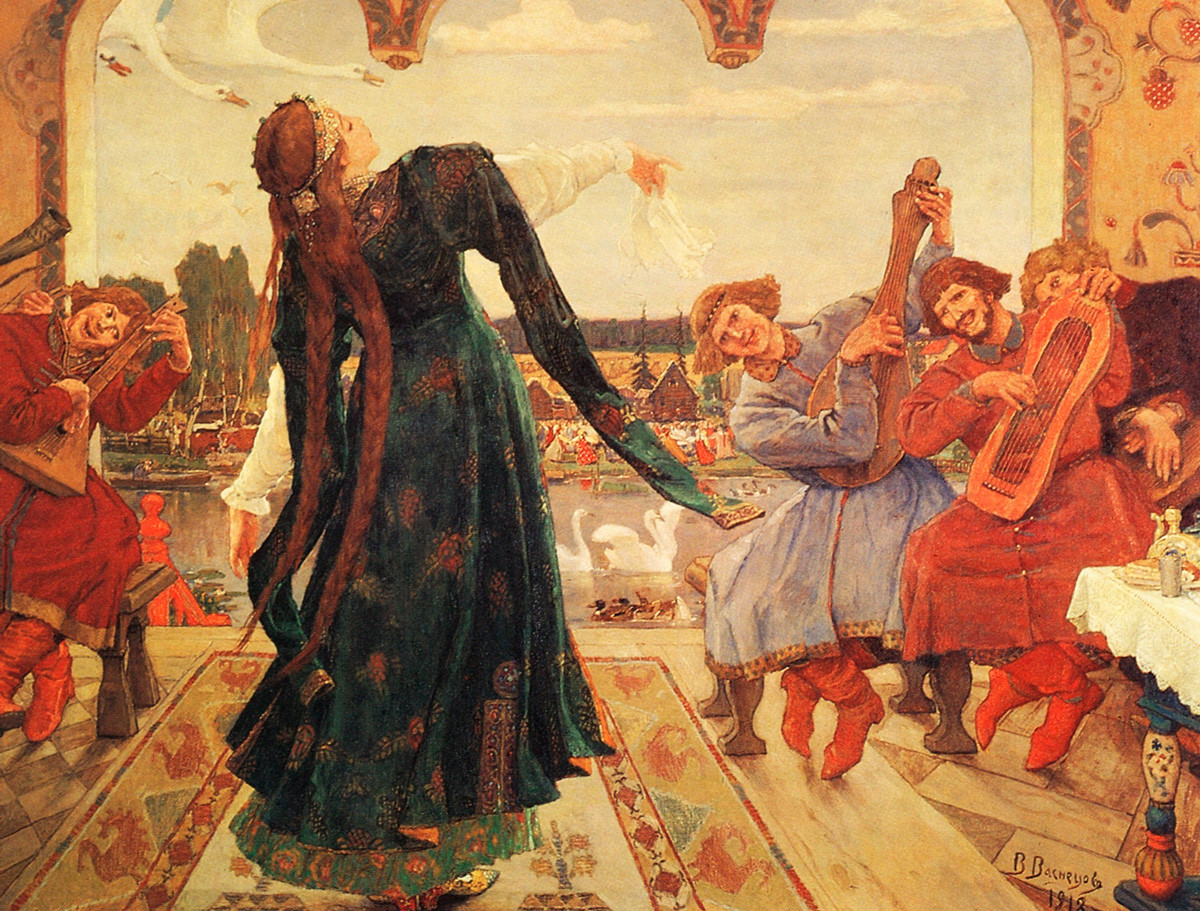 Another popular tale is about a tsar who orders his three sons to marry and choose wives with their arrows. The youngest one seems not to get lucky, as his arrows reach a frog… But he still marries it, after which the frog, that was under a spell, transforms into a beautiful lady.

The legendary story of Sleeping Beauty is known around the world and it was interpreted in Russian several times (including an author’s version by famous poet Alexander Pushkin).

The painting is currently being housed in the Vasnetsov House Museum in Moscow. And incidentally, the house is also a work of art, because Vasnetsov designed it himself and it looks like an ancient Russian terem. The one where you can even imagine his characters living. 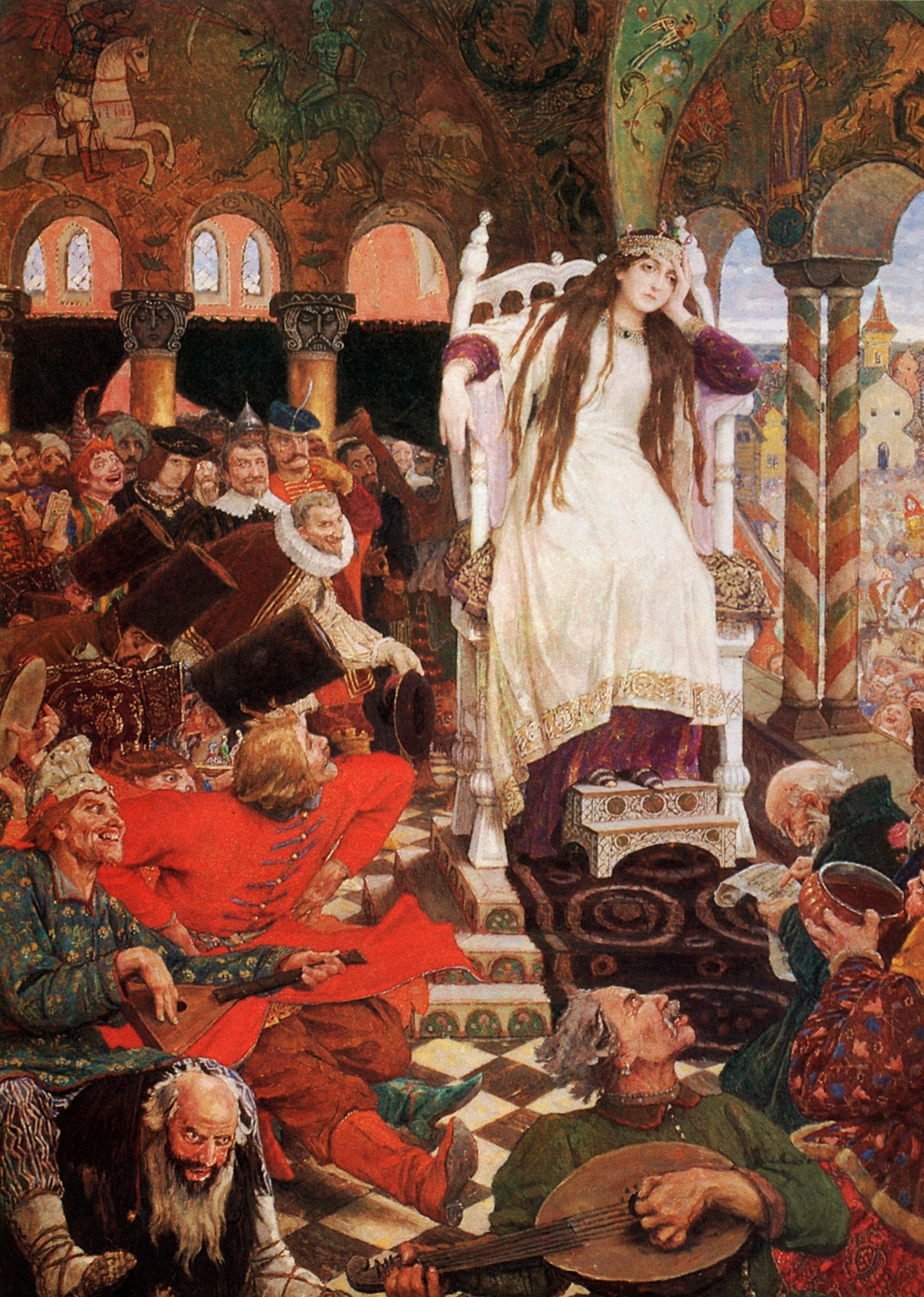 All Russian girls have at least once heard their parents say: “Are you The Unsmiling Princess?” while crying and upset or being offended.

It’s really unpleasant to hear, because this lady had everything, but still got bored and wouldn’t smile. But as the tale goes, the one who eventually manages to make her smile would be promised her hand in marriage. 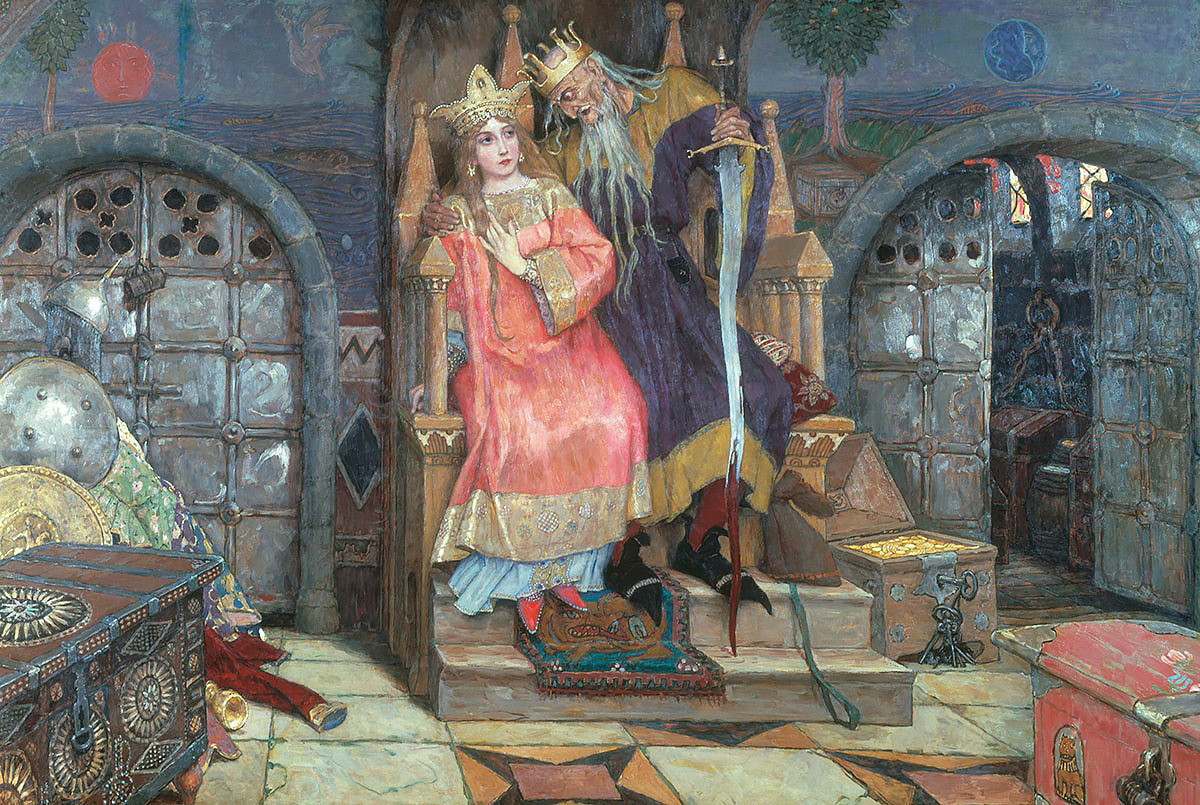 Don't miss the exhibition The Russian Fairy Tale. From Vasnetsov to the Present in the New Tretyakov Gallery (Feb. 22 - May 10, 2020).