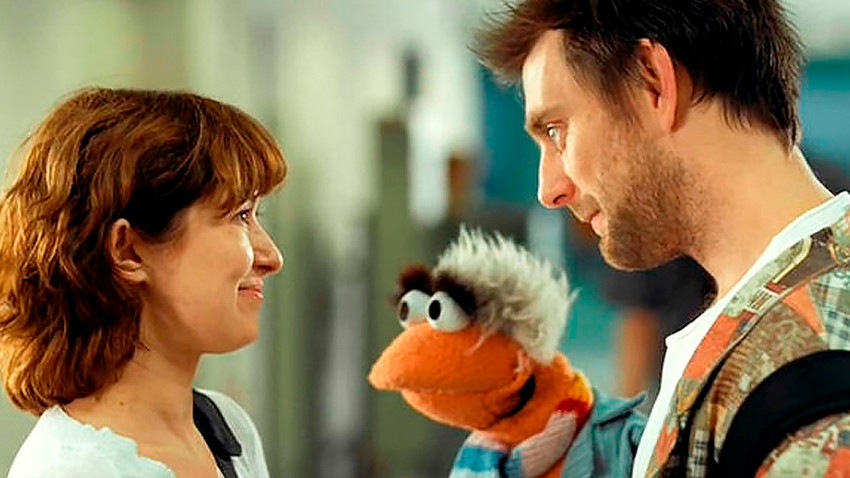 Oksana Bychkova / Telesto, 2008
We’ve done the work for you. Now just sit back, grab your other half, and relax!

This movie is a modern look at the generational differences in views of what a perfect wedding should look like.

Natasha and Roma love each other, and are planning to get hitched - theirs will be a swanky European wedding with a nice tent out on a beach in Russia, under the setting sun. Or so they think - because their relatives and loved ones have other plans!

The semi-home-footage vibe of this comedy describes what happens when two worlds collide under one wedding tent. The film deals with a multitude of stereotypes of Russian matrimonial traditions, so if you’d like a peek into what the quintessential nightmare wedding looks like Russian-style, break out the popcorn, because this movie is about as “Russian” as it gets. And when you’re done, don’t forget the sequel.

The movie busies itself with finding the answer to the question of what love is.

This collection of short stories about love is filmed in the style of social network media: the picture shifts and changes like an Instagram interface - sometimes a video, at other times a chat screen. All of the protagonists - be they young anime lovers or the secretary being hit on by her boss - all are busy finding out if there’s any sense in love at all. In 2015, director Anna Melikyan received several Russian festival awards for the picture.

The film is an anthology of five short stories related to each other by way of the topic of love in the big city.

It’s summer in Moscow. A school teacher reluctantly agrees to accompany her husband to a swinger party. A policewoman dreams of love, but is battling inner turmoil. A teenage girl looks online for an experienced lover to lose her virginity to. A wealthy woman, meanwhile, abducts a famous actor, and demands to have his child.

These five hilarious and touching stories are the sequel to Melikyan’s first picture above. It could be said the second film is not as deep as the first, but it is nevertheless a fun and easy ride, definitely worth a watch.

Plus One is all about leaving one’s comfort zone…

Masha is just over 30. She works from home, where she lives alone, translating books, and not really getting out into the world enough - either fearful of change or apprehensive toward new acquaintances. One day, however, a man appears, turning her entire world upside down.

The movie earns its points not by being flashy, but by way of a subdued emotional depth - it deals with a personal journey - one that can change your life forever.

The theme is mistakes, forgiveness and immortal love.

Vasily lives in the village with his wife and children. One day he is injured at work, and has to travel to a medical resort to heal. He returns - but not alone…

This sentimental dramedy deals with the kind of married life that can withstand even the harshest tests - having lived through that first spark of love, and all the way through to infidelity, and eventually, forgiveness.

Vladimir Menshov’s ‘Love and Pigeons’ is a much loved Russian classic from the late-Soviet period - one that is still being broken up into various citable quotes by the children of that generation.