Culture
Alexandra Guzeva
While Russian fine art wasn’t as risque as its Western counterpart, the themes of love and romance were still an inseparable part of its artistic vision. 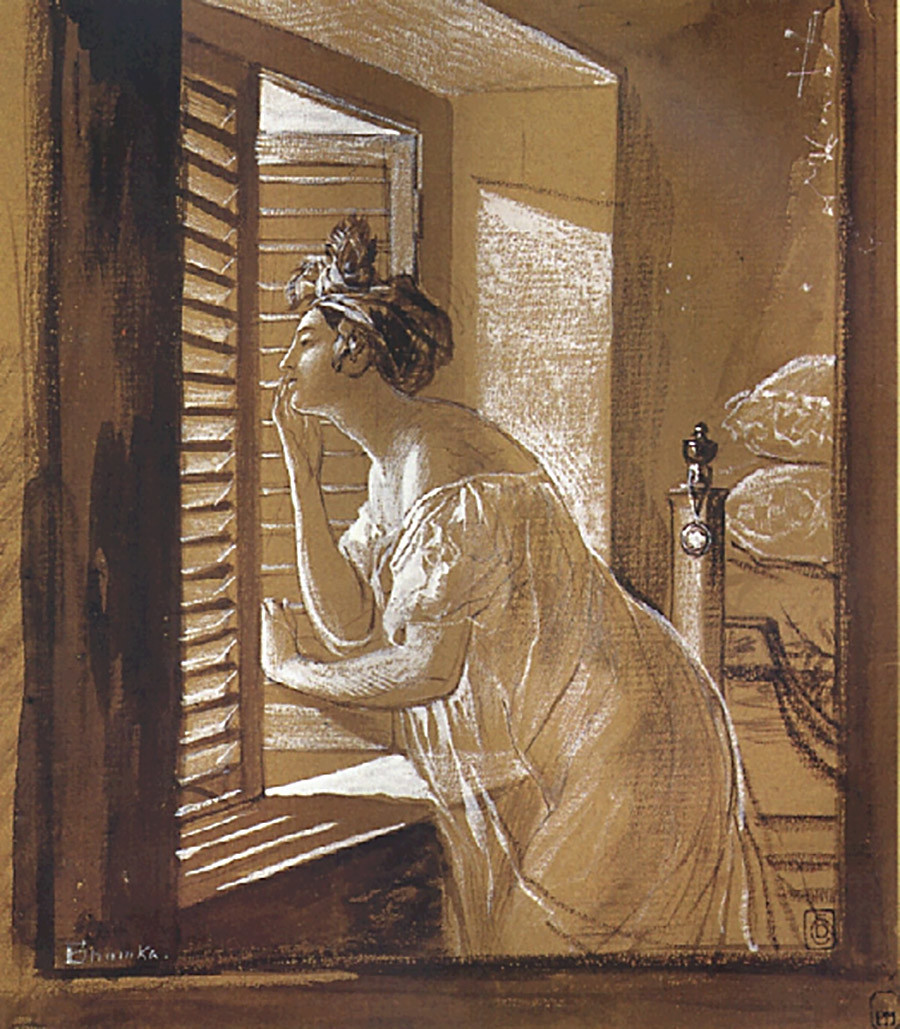 This artist worked in Italy a lot - probably his most famous legacy from this period is the huge canvas ‘The Last Day of Pompeii’, but he also painted some genre scenes of Italian life, especially Italian women - be they collecting grapes, or taking morning baths, or blowing kisses to a stranger. 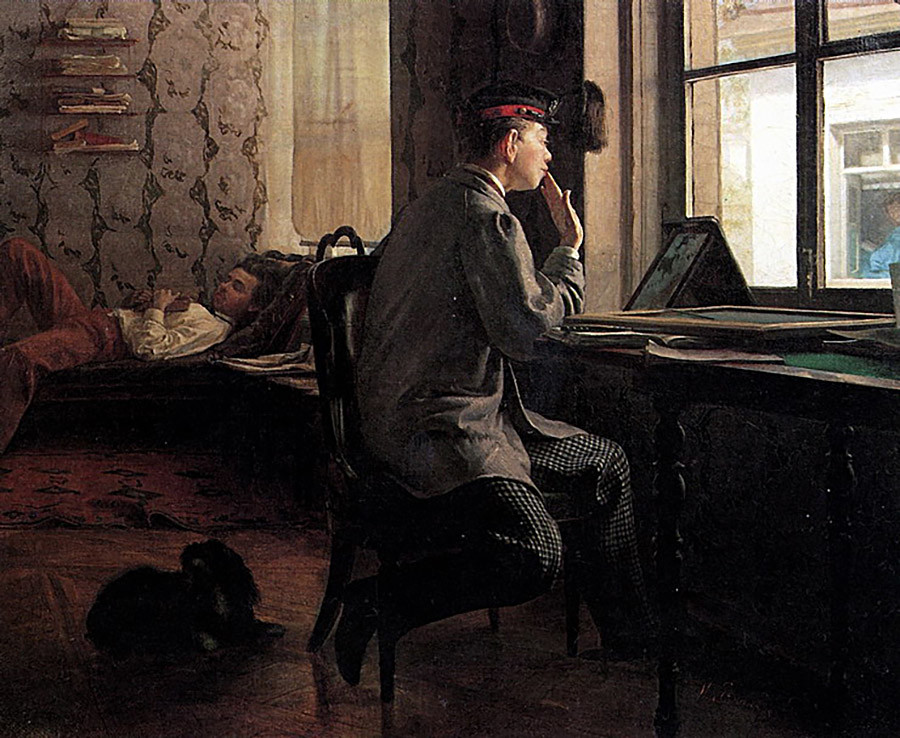 At first glance, there is no love in this painting by Ilya Repin, one of the most famous Russian artists. But when you observe the scene carefully, you see something else besides the two cadets preparing for exams and enjoying the afternoon sun in their dorm room: the one who didn’t fall asleep is blowing kisses for a girl from the neighboring window. How romantic, don’t you think? 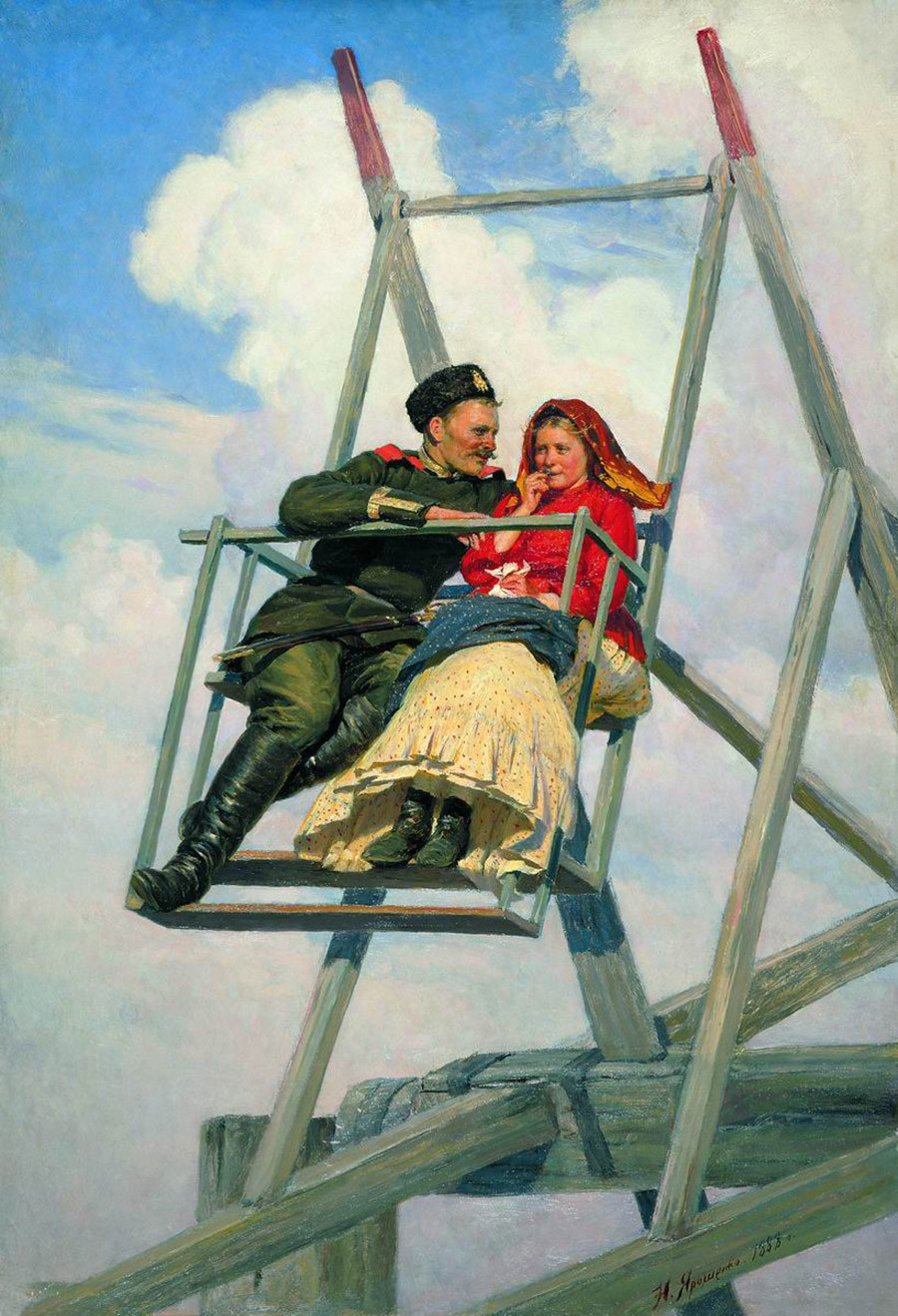 Yaroshenko was an artist working in the realist tradition - a movement that also became known as peredvizhniki. They avoided the canons and rules of the day, instead focusing on depicting ordinary life in the Russian countryside. This canvas shows a couple swinging during a festive public holiday outing. The serviceman is doing his best to romantically vibe with a housemaid. 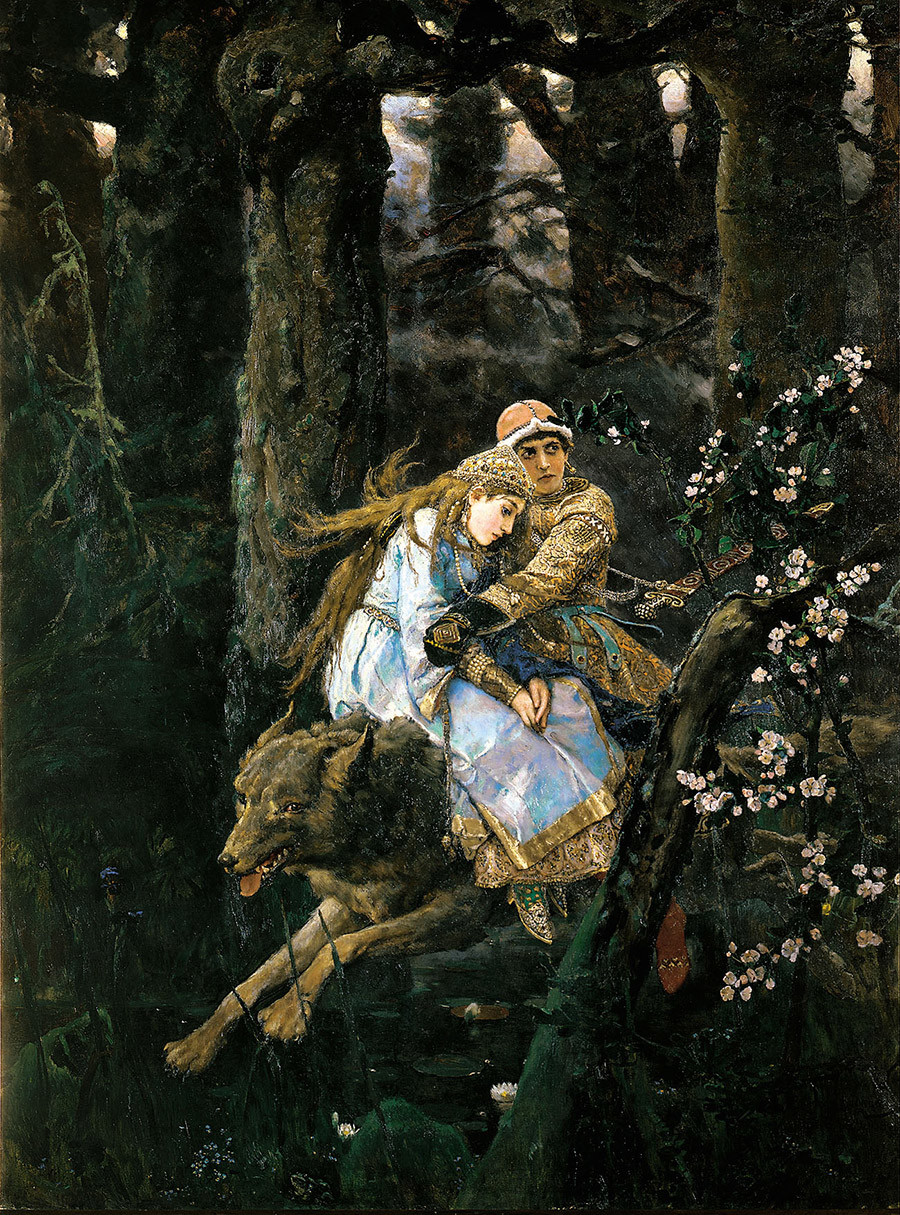 Viktor Vasnetsov was most famous for his folklore tale illustrations. One of his favorites was "Tsarevitch Ivan, the Firebird and the Grey Wolf". This painting shows Ivan heroically saving Elena the Beautiful from evil powers, whisking her away on a magic wolf. 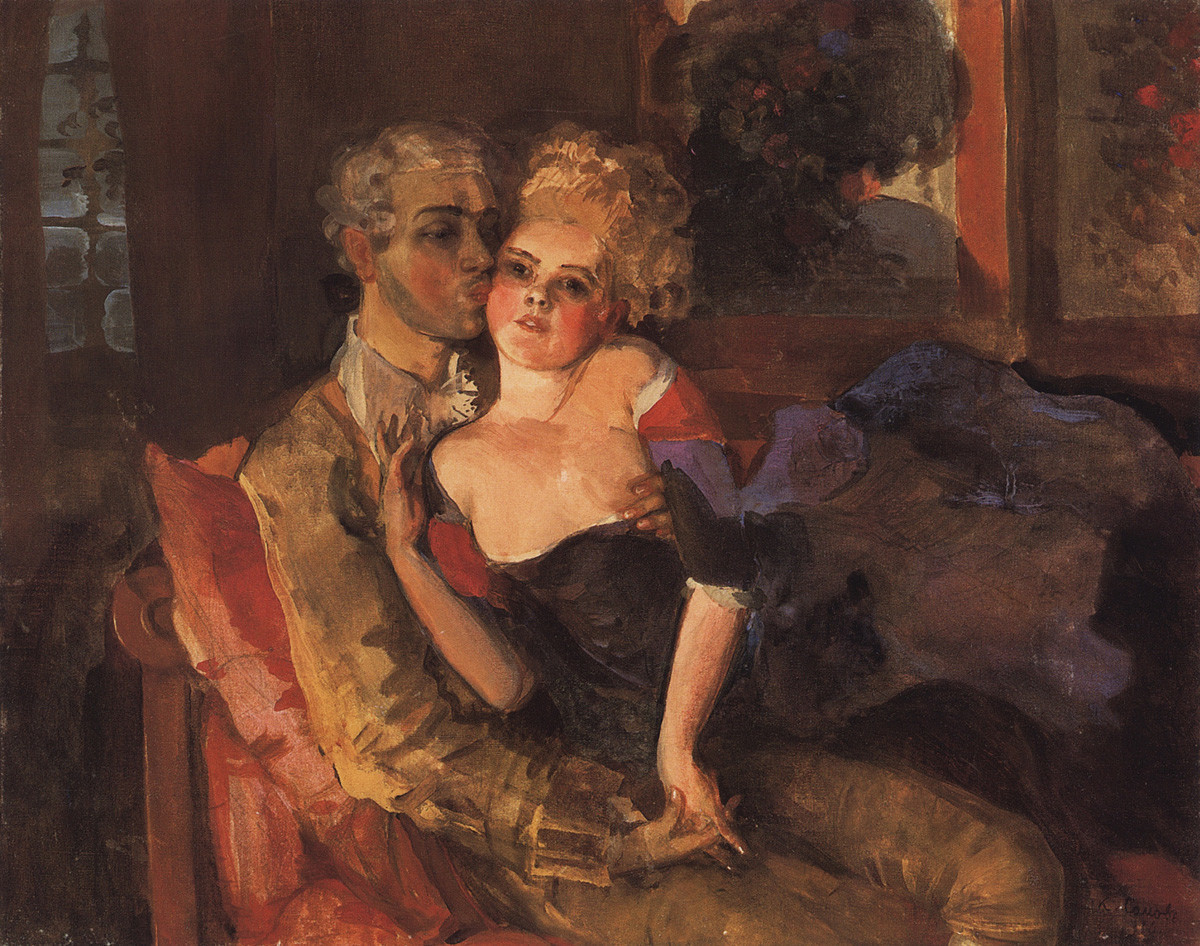 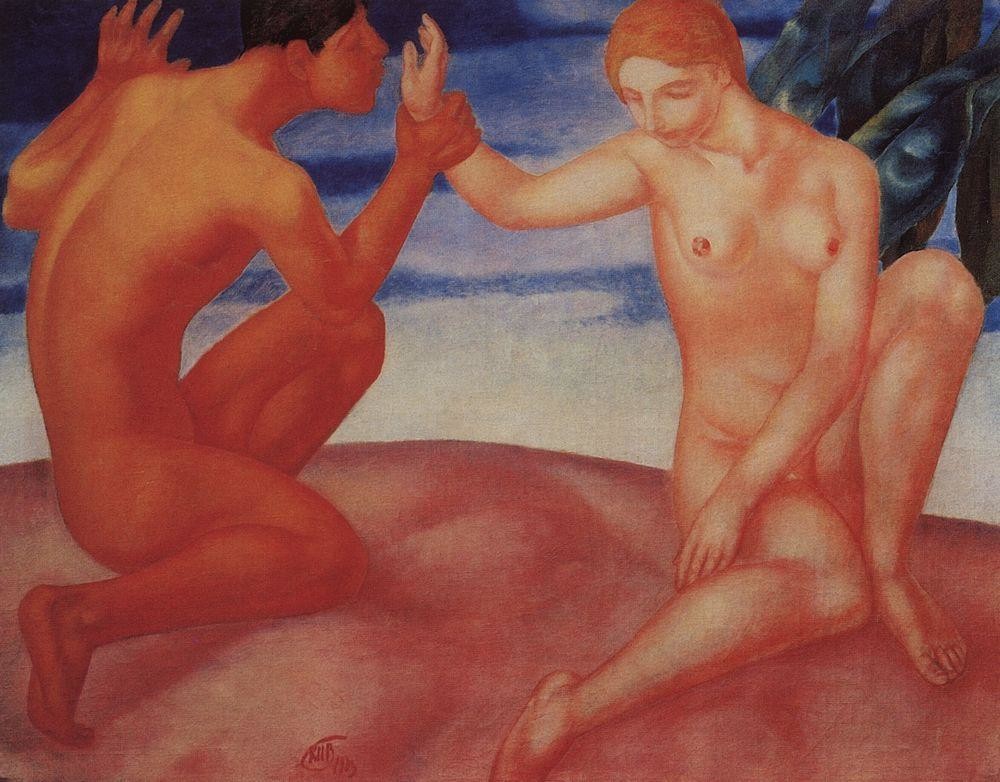 Surely we know this artist more by his iconic ‘Bathing of a Red Horse’. He drew scenes of war, Soviet life, the revolution, and of course, its leader Vladimir Lenin. He was also a fan of exploring the human condition in a very naturalistic way. 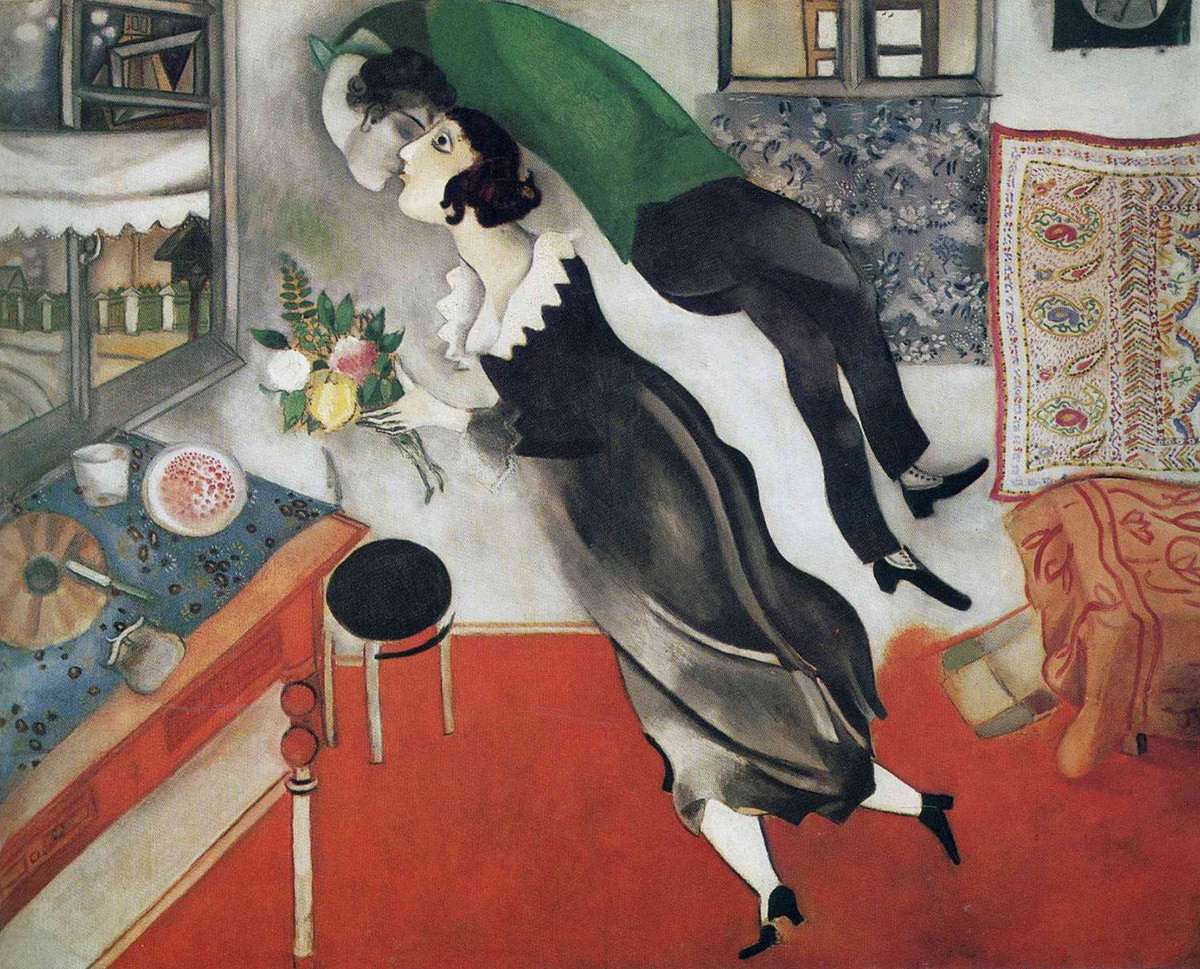 This Russian-French artist Marc Chagall was all about drawing kisses and lovers. Let’s take at least his iconic painting, ‘Over the Town’, featuring lovers flying about his native city of Vitebsk. The painting ‘Birthday’ portrays the same people: the artist himself and his beloved wife. And again he is literally up in the clouds from love. 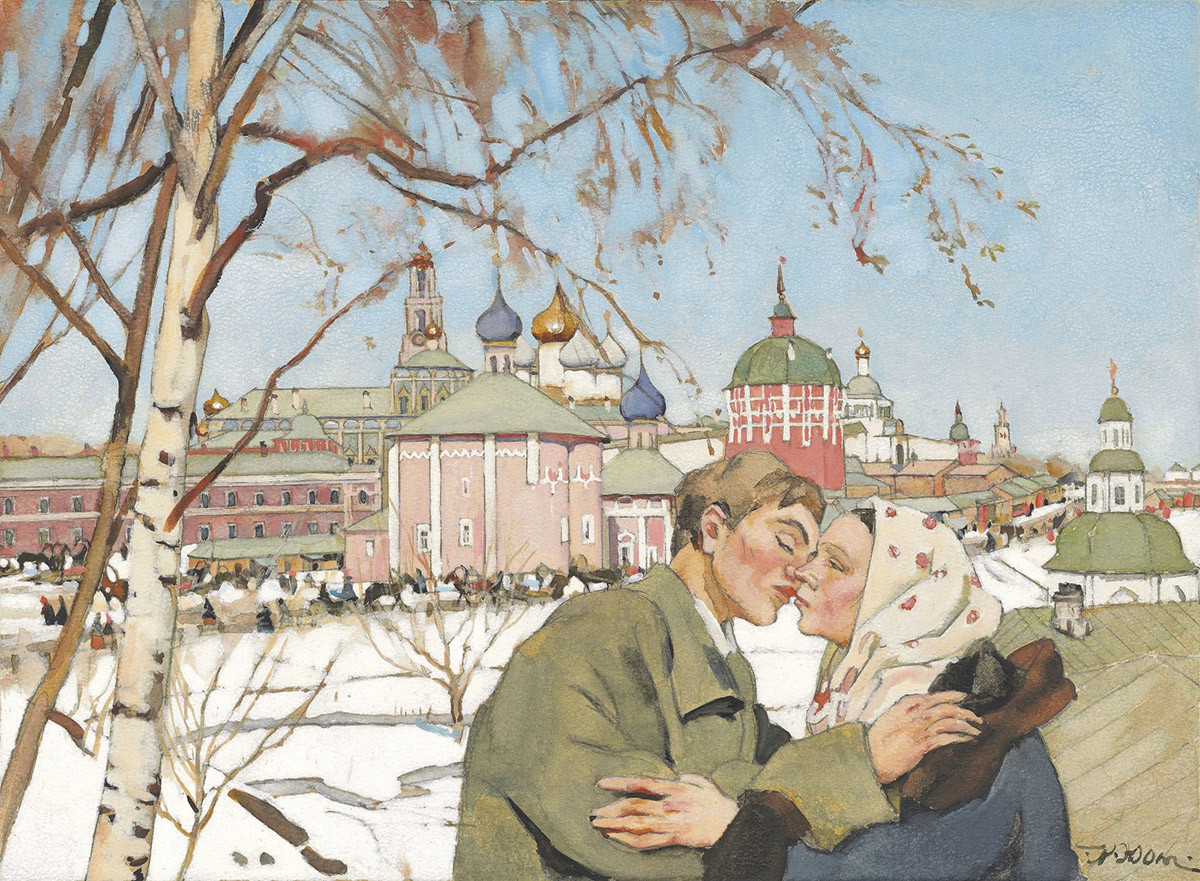 Yuon was a student of the famous artist Valentin Serov. His themes often dealt with the beauty and charm of provincial Russia, with its churches and golden domes, and Orthodox holidays with people spending joyous moments - just like these two. 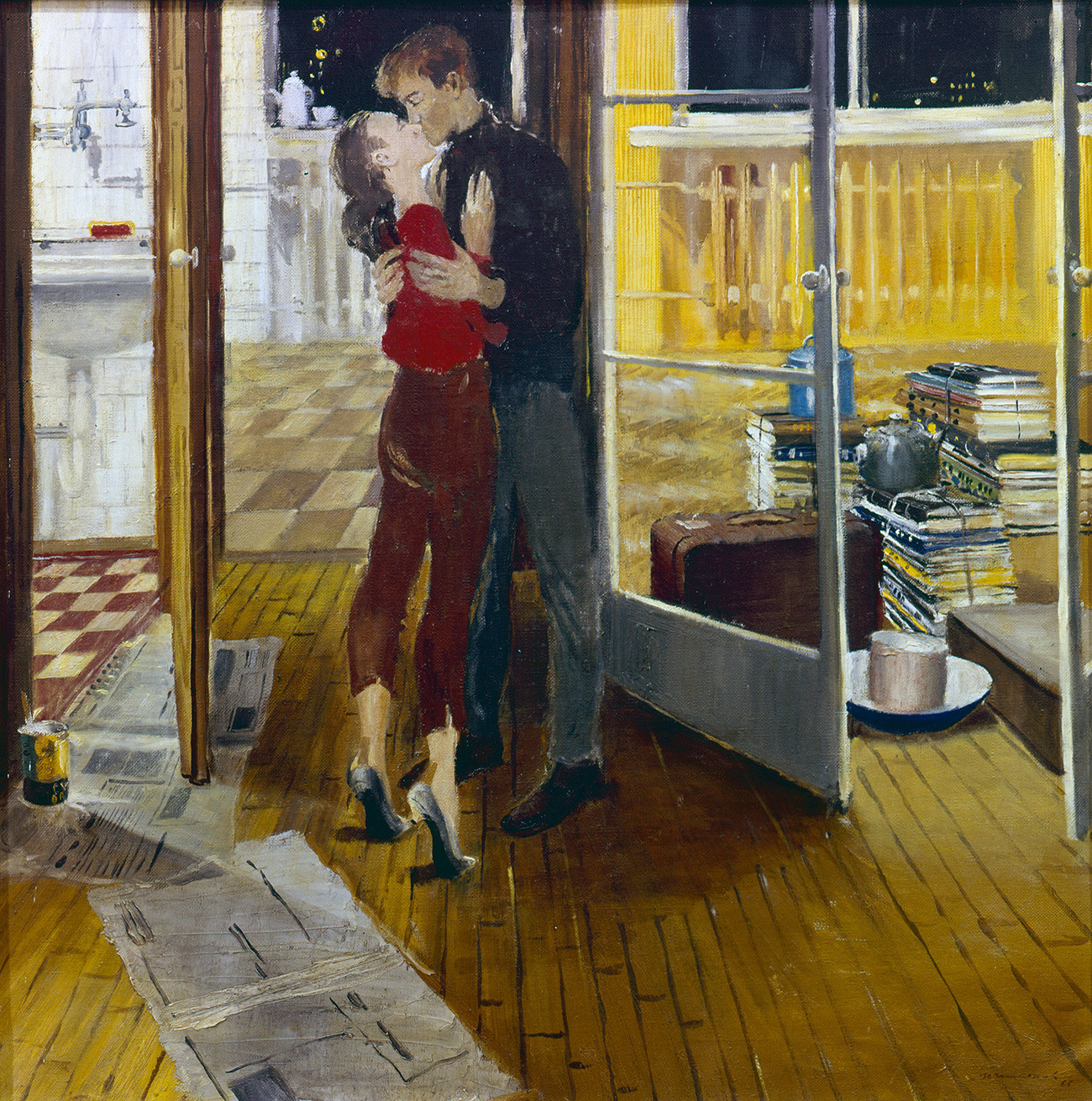 Yuri Pimenov was the main artist of social realism, depicting Soviet life through rose-tinted spectacles, just as the propaganda of the day had required. One of the main themes of his art was scenes of the ‘new better life’ that came with the times of the Thaw. This particular scene implies that this couple had finally got their own apartment - perhaps, having just moved out of a komunalka - and finally being afforded all the private space for kissing they could ask for. 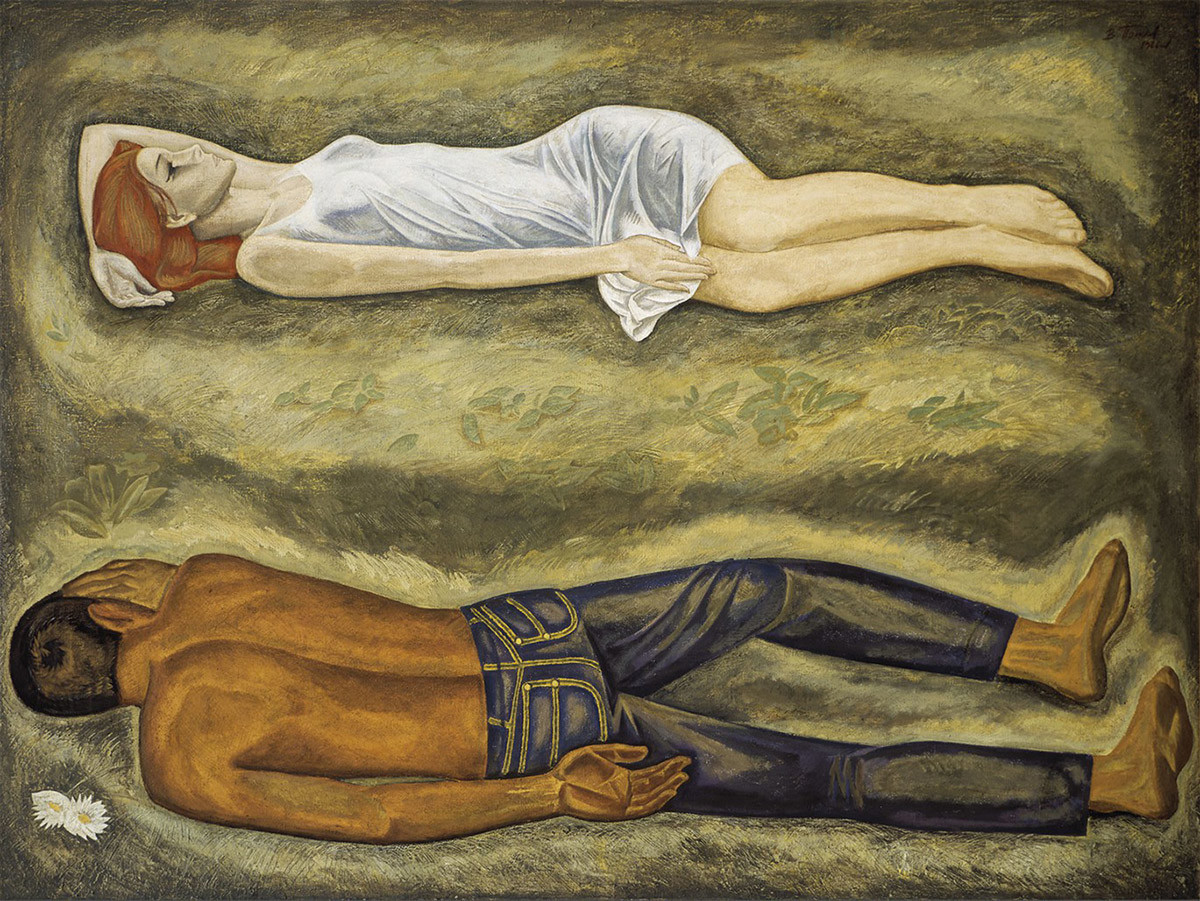 Another social realist, Popkov’s paintings are usually referred to the so-called ‘severe style’ of Soviet art that featured workers, soldiers and other ‘All-Soviet’ heroes that obviously have a harsh life, which is reflected in their brutalistic features. This painting has deep psychological meaning. The two people could be enduring a rough patch in their relationship, with their silence speaking louder than words.