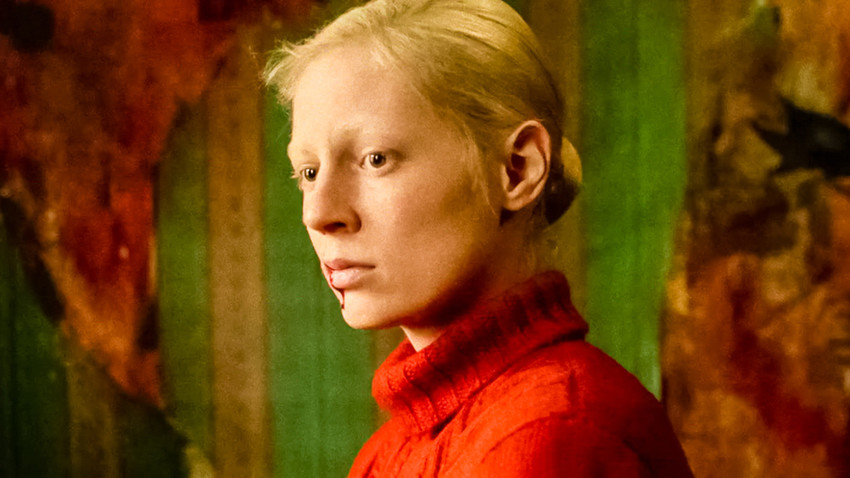 For Kantemir Balagov, these last few years have brought successes most artists can only dream of. After being discovered by Alexander Sokurov (director of 2002’s Russian Ark) while still an undergrad in the southern city of Nalchik, he wrote and directed his first film: Closeness (2017). It went on to be shown at the Cannes Film Festival, won the FIPRESCI Prize and became an international sensation.

Beanpole, his second film, was released a mere two years later and to no less fanfare – Balagov returned to Cannes, nabbed a prize for Best Director and was selected as Russia’s entry for Best International Feature film at this week’s Academy Awards ceremony. All this, and Balagov hasn’t even turned 30. 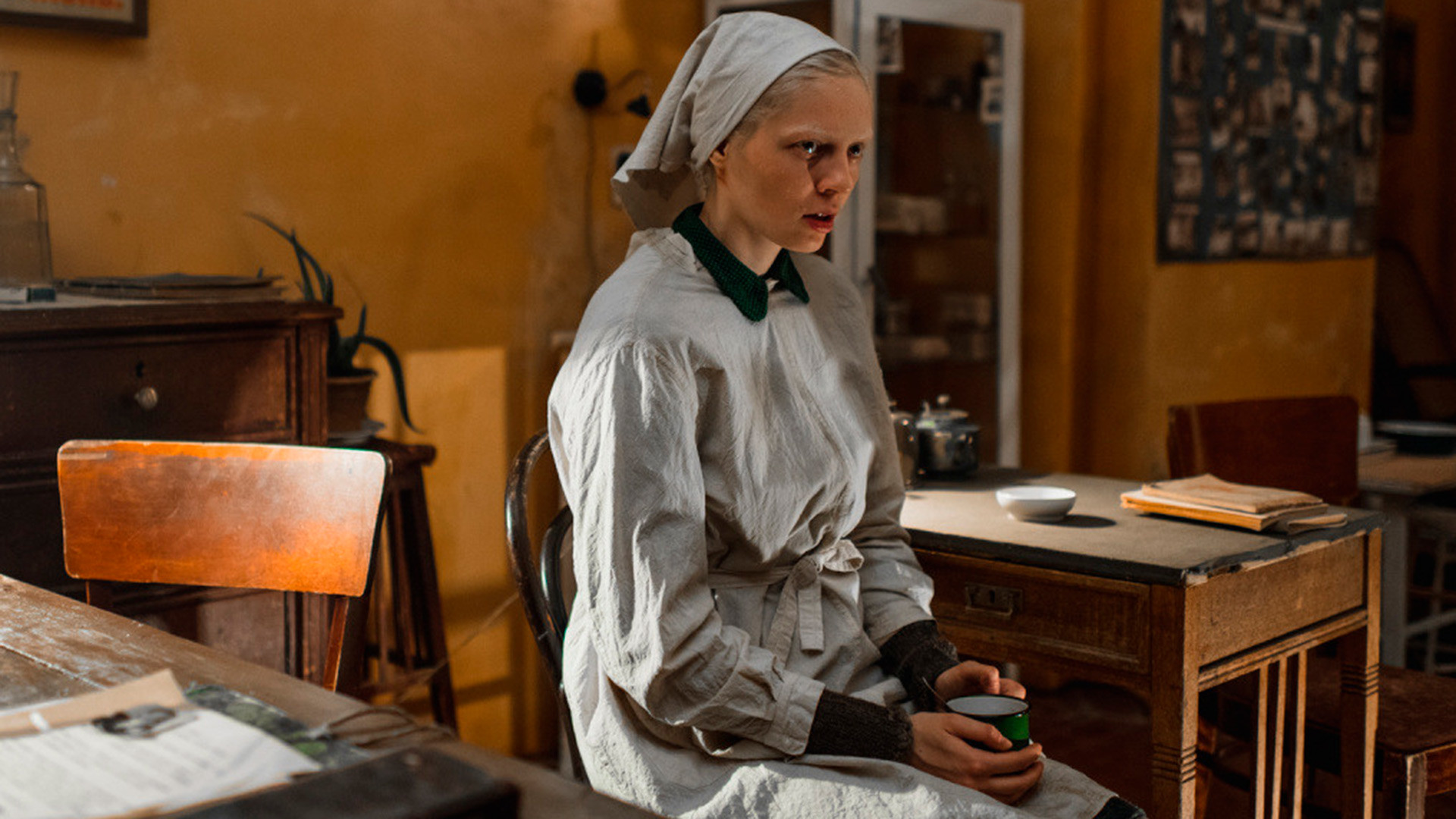 A still from the movie 'Beanpole'

As we now know, the Oscar went to South Korean sensation Parasite. (And if you like it, here are 5 Russian films about social inequality). While Beanpole had, in fact, made the December shortlist, it wasn’t ultimately nominated for the prize.

And so Balagov joins the ranks of major Russian filmmakers who were on the receiving end of an Oscar snub: Andrei Konchalovsky, his mentor Sokurov, and of course the towering Andrey Zvyagintsev. Even Nikita Mikhalkov, the only post-Soviet Russian director to take home the prize, was locked out no less than five other times.

Often the films fall into one of two categories: the patriotic and the critical, with both being championed by the official bodies in charge of the selection process. While this might seem strange at first, with the two vectors apparently at odds with one another, it’s perhaps a fitting expression of a country itself in a period of major transition. Transition, of course, involves tension – and in Russia this often means competing interpretations of the past and visions for the future. Many of the selected (and snubbed) films are themselves an expression of that tension.

Zvyagintsev, arguably Russia’s greatest living director, pushes his films to the far end of the spectrum, criticizing the Russia of today by placing his heroes in compromising social situations that force them to bend or be destroyed. 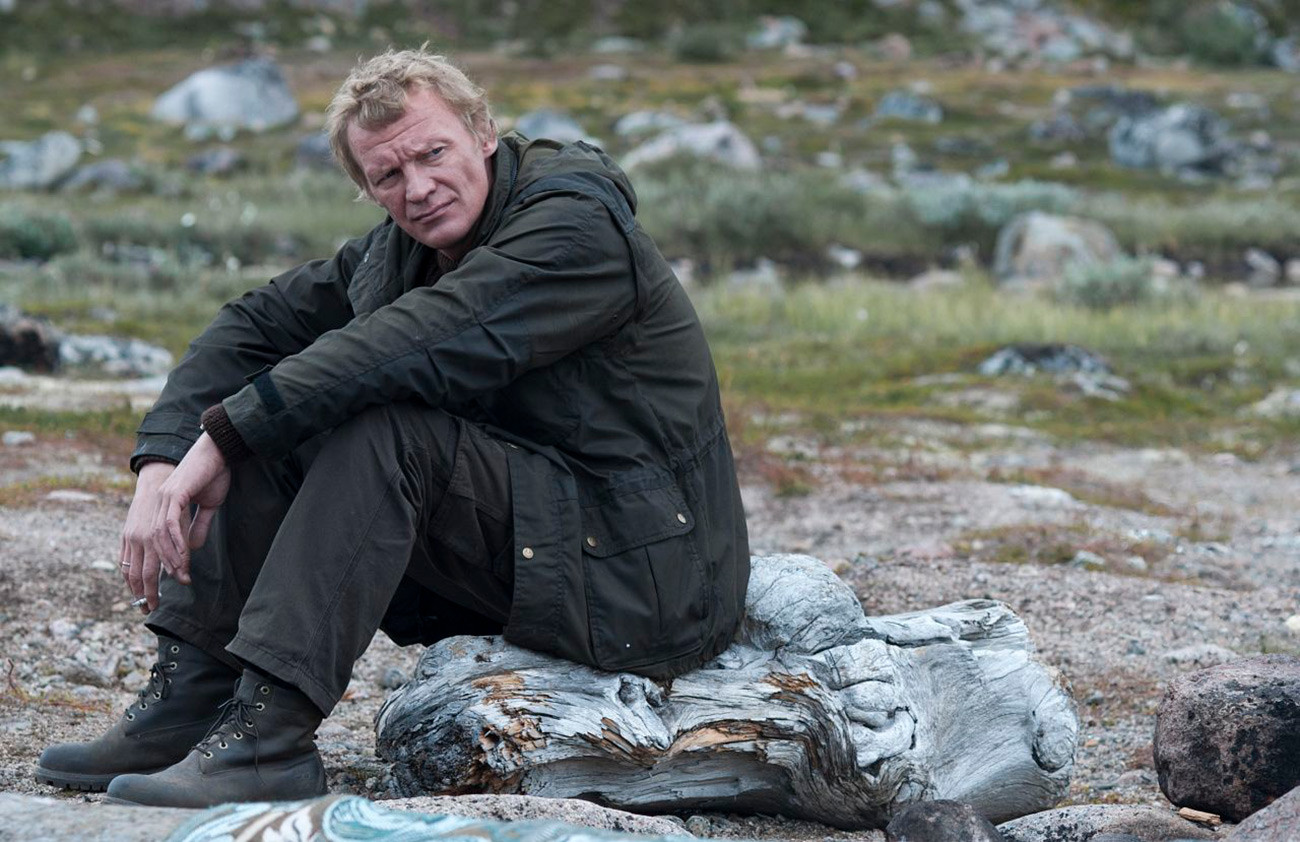 A still from 'Leviathan'

His Oscar submission, The Return (2003) - which was nominated for a Golden Globe - critiques local expressions of masculinity by following a charismatic muzhik (Russian for “a man’s man”) as he returns to the family he abandoned in a doomed attempt to connect with his disaffected sons. Leviathan(2013), both nominated for the Oscar and winner of that year’s Golden Globe, pitted the desires of a simple man against the machinations of local officials and church leaders. Loveless(2016) poked holes in the facade of middle-class Moscow prosperity by showing the last gasps of a disintegrating marriage in which the couple must search for their vanished child.

Leviathan’s massive success, even though falling short of Oscar gold, led to criticisms by the Ministry of Culture saying that Zvyagintsev shows the country in too harsh a light, making films said to pander to local opposition or foreign audiences. But even with official criticism, his filmmaking prowess is so established that his films are still selected to represent the country.

The other snubbed directors, however, find it compelling to explore more of a middle ground.

One of the most important elements of Russian, and even Soviet, culture is the way the past is made present. This usually means memories of the Second World War – or the Great Patriotic War, as it’s called in the country. Every year brings new WWII films to multiplex screens, with Stalingradand Sobibor(2017) being the latest blockbusters put forward (and refused) Oscar glory. 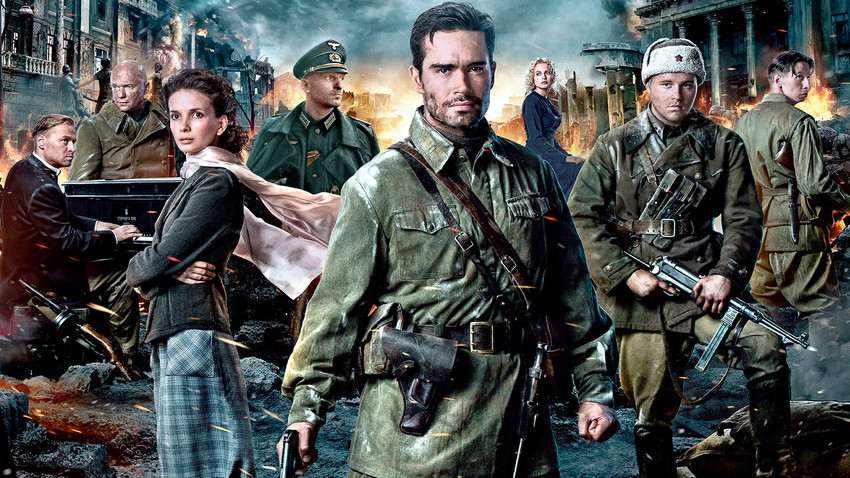 A poster for 'Stalingrad'

Creating and maintaining national narratives when it comes to the war is a cultural priority, and often positioned as a way to help Russians understand themselves, where they came from what place they have in the world. And while Zvyagintsev avoids the war in his fiercely-contemporary films, other selected filmmakers don’t hesitate to explore the tensions embedded in national memory.

Read more: 5 new Russian WWII movies that could blow up the box office

Konchalovsky, as compared to Zvyagintsev, positions himself as a patriot, but he’s proved unafraid to ask difficult historical questions. He often falls back on approved themes like war, though using it to explore deep, often absurd elements of the human condition. Paradise(2015), which also made the December shortlist, explores the complicated relationships between Nazi officers and the Soviet woman they admire. House of Fools examines the lives of inmates in a mental asylum caught up in the Chechen War.

Mikhalkov himself veers between the popular and the profound. His playfully complex, prewar idyll Burnt By The Sun juxtaposes a love story reminiscent of 19th century novels with the changing reality (and shifting priorities) of the early-Stalinist period. He does justice to his characters and his themes, producing an understated masterpiece that was honored on the American red carpet and won an Oscar in 1994. The follow up, Burnt by the Sun 2: The Citadel, was a decidedly more simplistic war epic that confused fans of the original film. While it successfully reflects the cultural priorities of the day, it failed to be recognized abroad. 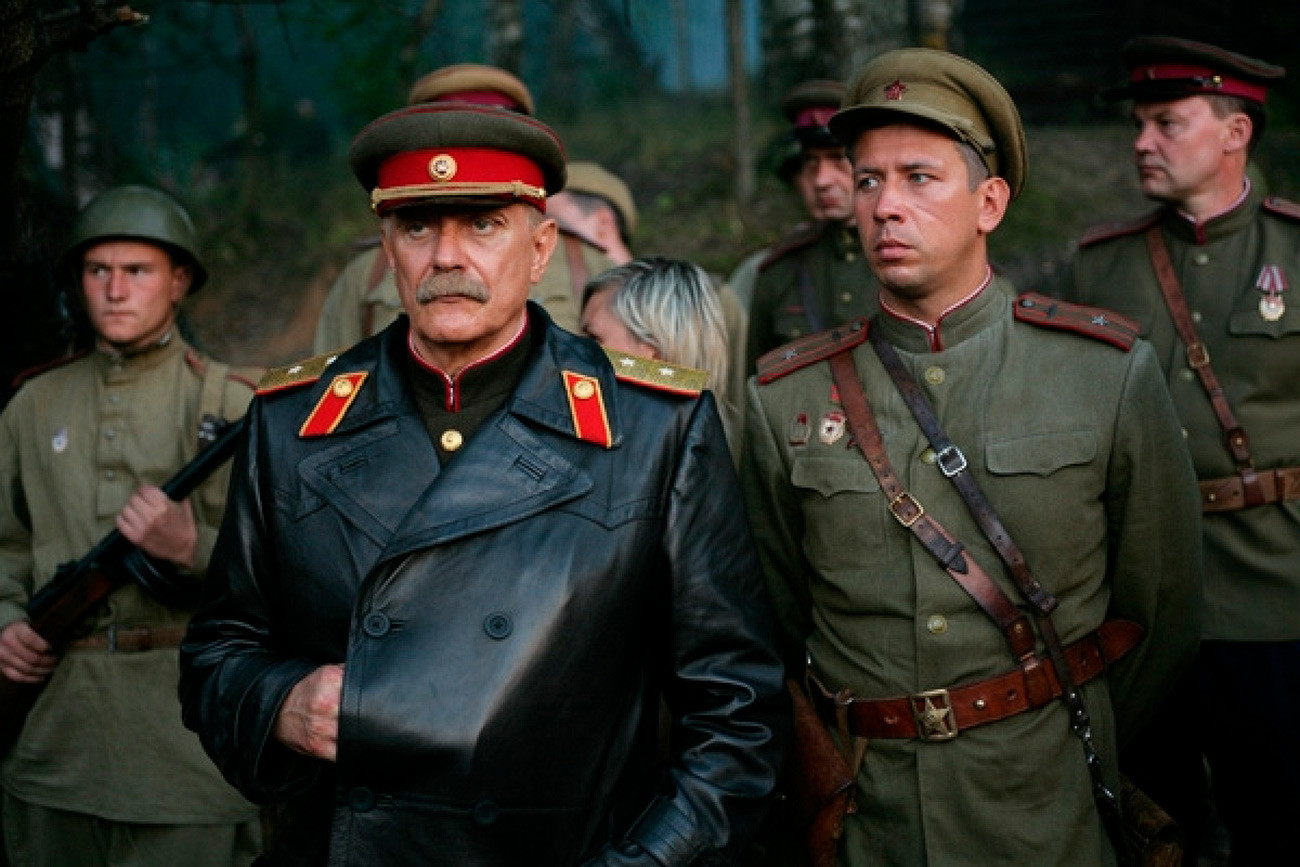 A still from 'Burnt by the Sun 2: The Citadel'

This is the context that new filmmakers like Balagov have inherited, and the young director has chosen an interesting path. Closeness could be seen as an echo of Zvyagintsev, featuring the difficult lives of provincial Russians caught up in situations they cannot escape. Beanpole takes that trope and hurtles it into the past, focusing on a young woman caught up during the Siege of Leningrad, a WWII episode that continues to resonate today. The film effectively forms a bridge between the new wave of humanistic, often critical cinema with the age-old desire to explore the most traumatic period in modern Russian history.

While America’s overworked red carpet is far from the ultimate arbiter of film worldwide, it’s interesting that the films that are brought before the Academy’s consideration embody the living, breathing questions that dominate modern cultural politics in Russia. These films entertain, they thrill, but they also speak to broader questions of personhood, suffering and identity in the modern world. With only five nominees, and ultimately one winner, not everyone can be honored come February. 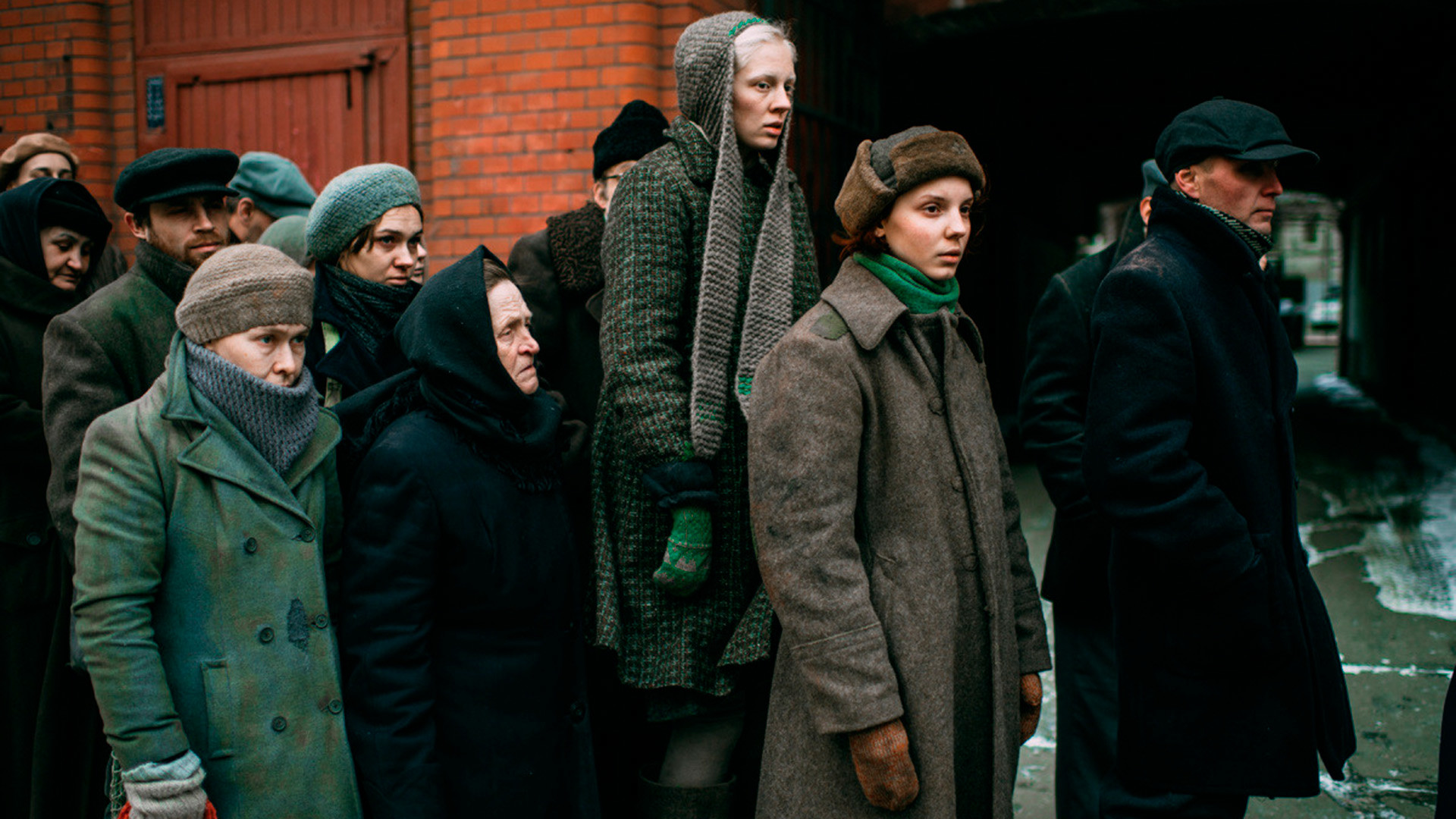 A still from 'Beanpole'

But with four nominations (either on the December shortlist or on the actual ballot) over the past six years, Russia has proved a mighty contender on the world’s silver screens. And for anyone paying attention, what’s being shown isn’t only a night’s entertainment. It’s the work of artists parsing what it means to be Russian today. How to approach history. How to balance national priorities. And how to express better the eternal human questions in a country with competing interests within its own borders. And with many years ahead of him, Balagov has time to prove himself a true master and, when the time comes, maybe even bring home Oscar gold for the first time in over two decades.