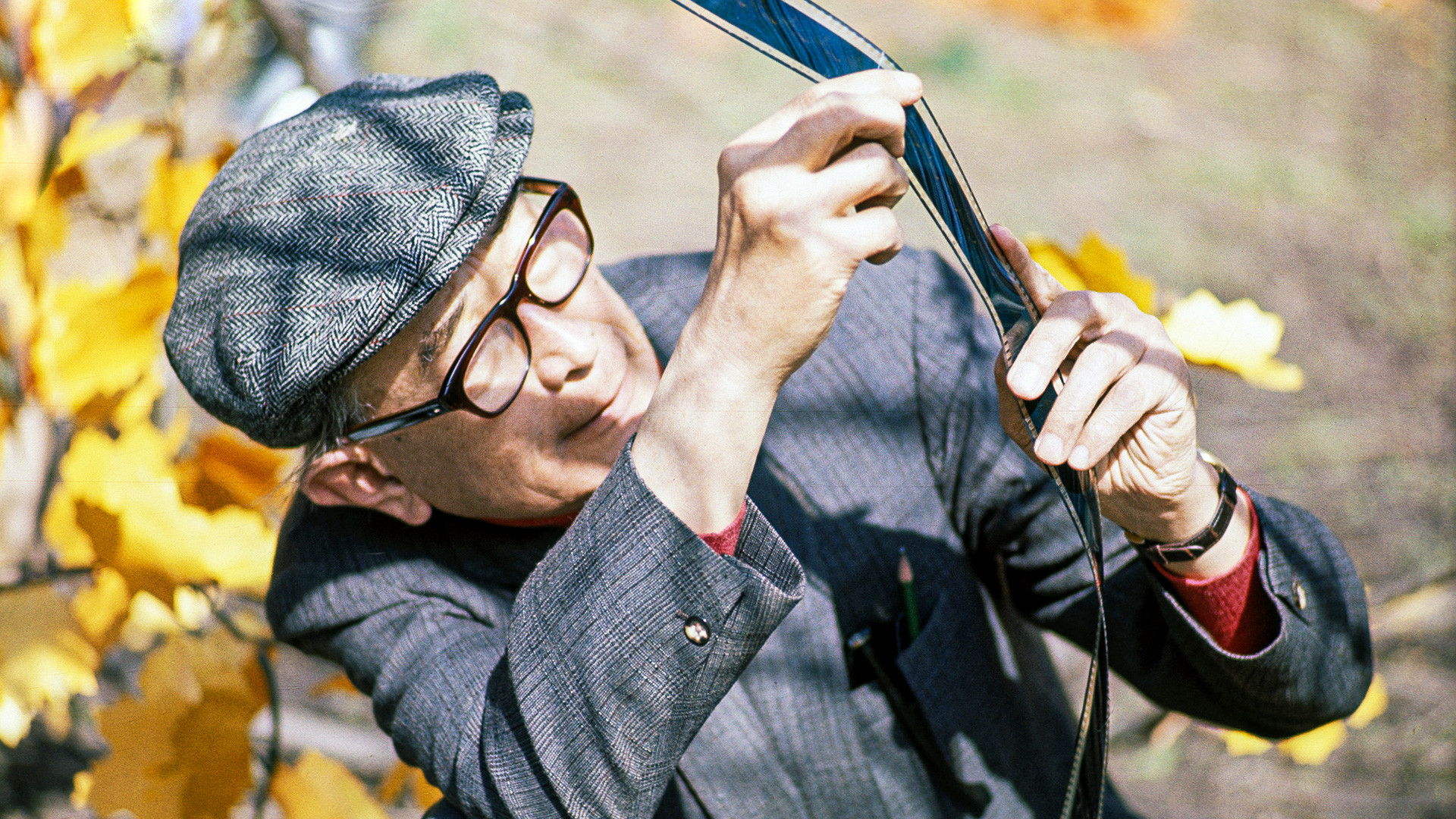 Anatoly Kovtun/TASS; AlixSaz (CC BY-SA 4.0)
Decades before the international success of his movie ‘Dersu Uzala’, the filmmaker cultivated a strong liking for Russian literature and dreamt of spending time in the country’s wild nature.

In the summer of 1971, when a fatigued and irritable Akira Kurosawa landed in Moscow, he made an unusual request to the people who received him at the airport. Instead of being dropped off at his hotel, Japan’s internationally acclaimed scriptwriter and filmmaker asked to be taken to a Russian forest! His hosts complied and took Kurosawa to the birch forests in Moscow Region, where he was thrilled to see and pick white mushrooms. For someone who had read and dreamt of the Russian wild, but made his first trip to the country only at the age of 61, he felt a childlike wonder to breathe in the fresh forest air. Kurosawa was in the Russian capital for the 7th Moscow International Film Festival. A day after living out his fantasy, he would mingle with colleagues from around the world and catch the attention of decision-makers at the Mosfilm studio. 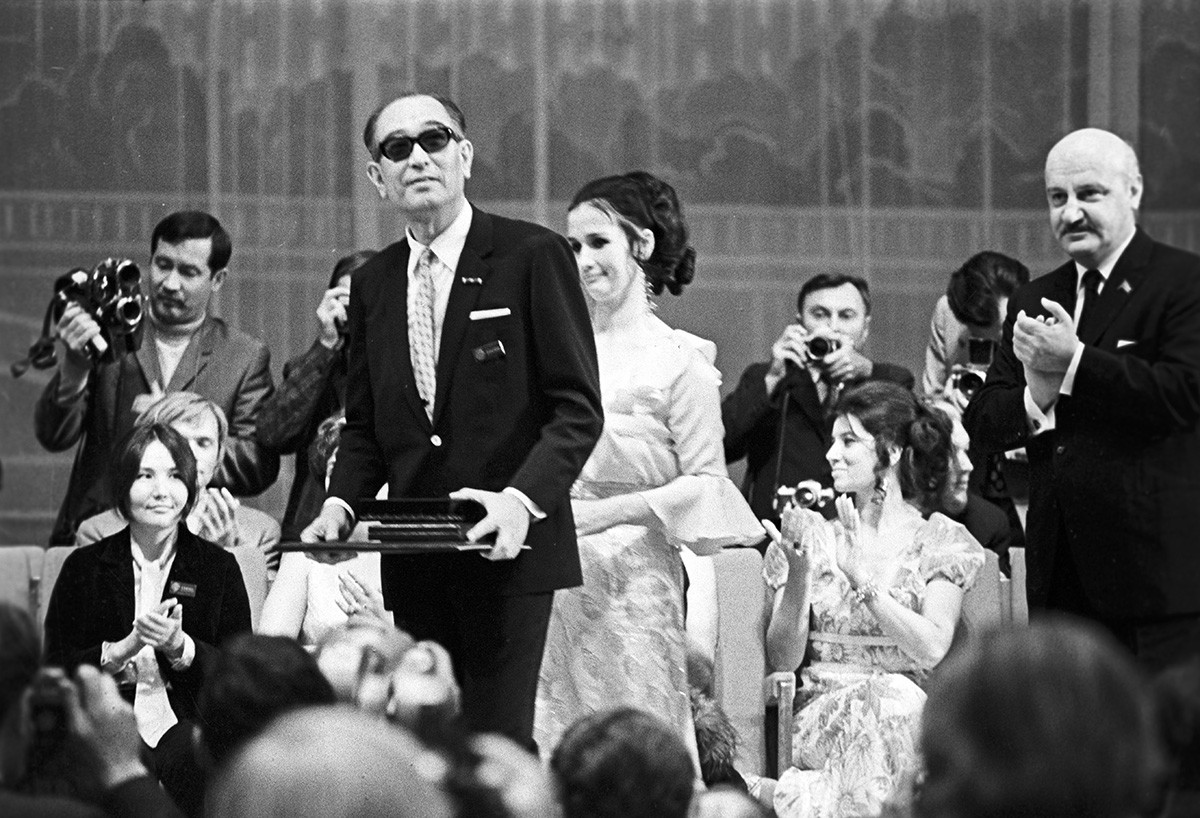 Akira Kurosawa awarded the special prize of the Union of Cinematographers at the 7th Moscow International Film Festival, 1971

Unknown to the auteur at the time, this visit would not be the culmination of his lifelong interest in Russia, its culture, nature and literature. He relished the journey to the country that began four decades earlier, when his elder brother Heigo, the rebel child in his family who became a silent film narrator, introduced him to Russian literature. Starting with Ivan Turgenev’s works, Russian literature found many takers in Japan, with some of the better-known writers gaining a large following. Heigo, however, rated Mikhail Artsybashev higher than the giants of Russian literature.

In Something Like an Autobiography, a book published in 1981, Kurosawa wrote about his brother Heigo’s reverence for Artsybashev. “He was a great devotee of Russian literature, hailing Mikhail Artsybashev’s The Last Line as the best book in the world, and he had always kept a copy of it close at hand,” Kurosawa wrote.

“But I had always found my brother’s espousal the hero Naumov’s creed of a ‘weird death’ to be nothing more than an excess of emotion - certainly not the presage of his own death as it turned out to be.” Heigo killed himself and this traumatised Akira Kurosawa, but his interest in both Russia and its literature only grew from that point.

Russia on the silver screen 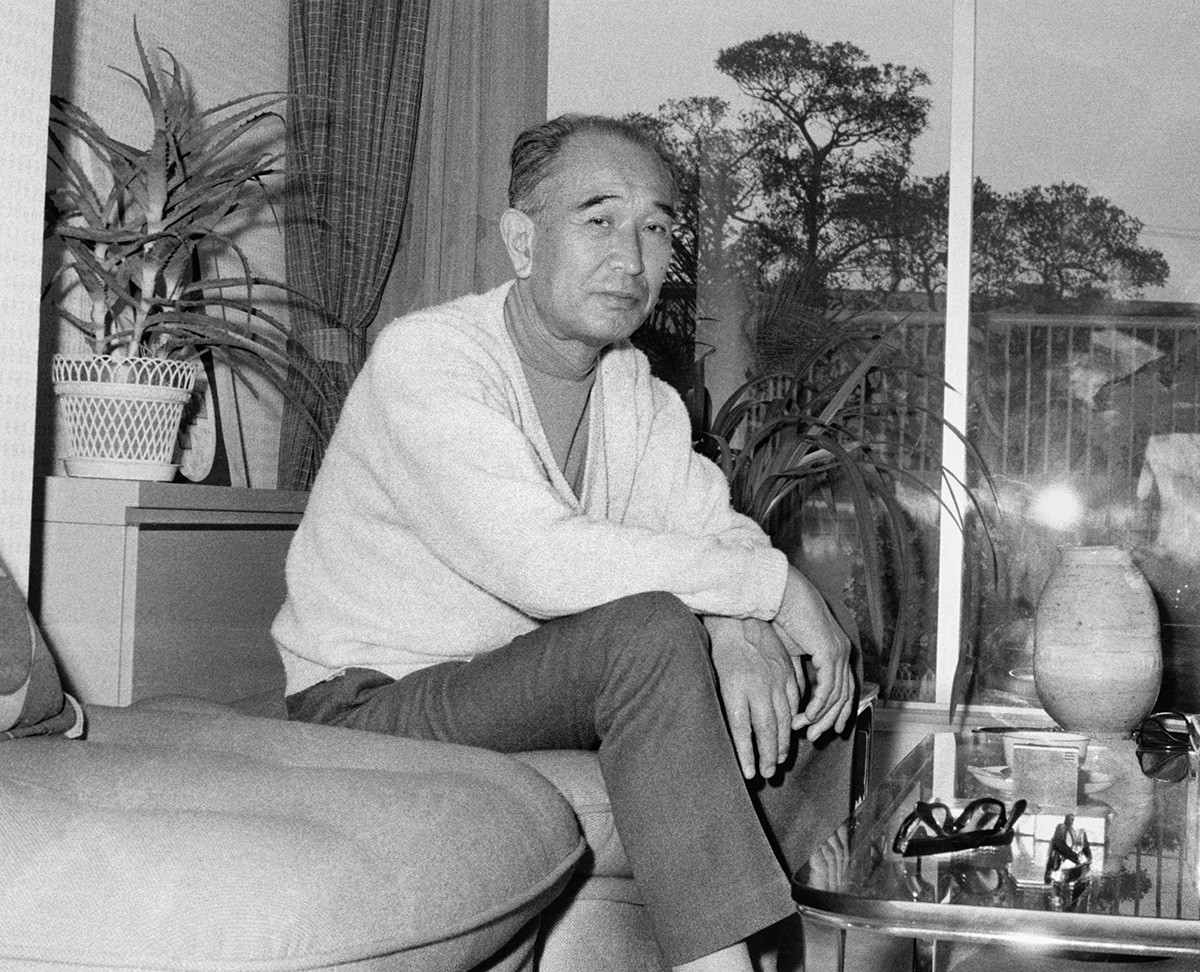 Long before Kurosawa would attain fame with movies such as Rashomon and Seven Samurai, he wrote a script that was an adaptation of a Yamanaka Hotaro novel. Kurosawa wanted to direct the movie titled Three Hundred Miles Through Enemy Lines, which was about an incident involving Yoshitsugu Tatekawa during the 1905 Russia-Japan war. Tatekawa, an army officer in the 1905 war, was Japan’s ambassador in Moscow in 1941 and he supported this initiative.

The idea was to make a movie by recruiting Russian émigré officers in Harbin, China. Kurosawa wrote: “Among these were a number of Cossacks, and they had preserved their military uniforms and flags from before the revolution very carefully. Everything needed for the filming was thus available and I proposed the project to the company.” Unfortunately Kurosawa did not get any support to make the movie. And then World War II engulfed Europe and Asia.

It was only after the war that Kurosawa’s career as a director took off. In 1951, Rashomon won the Golden Lion at the Venice Film Festival. It also went on to win the Oscar for best foreign language film a year later. The success and critical acclaim for the movie encouraged Kurosawa to go ahead with his ambitious projects to adapt the first of two Russian novels to Japanese cinema.  Kurosawa enjoyed reading the works of Fyodor Dostoyevsky. “My views and psychology are similar to those of the hero of The Idiot,” Kurosawa said in 1954, before adapting the book into a Japanese film set in Hokkaido. “I don’t think anyone wrote as sincerely about life (as Dostoyevsky).” 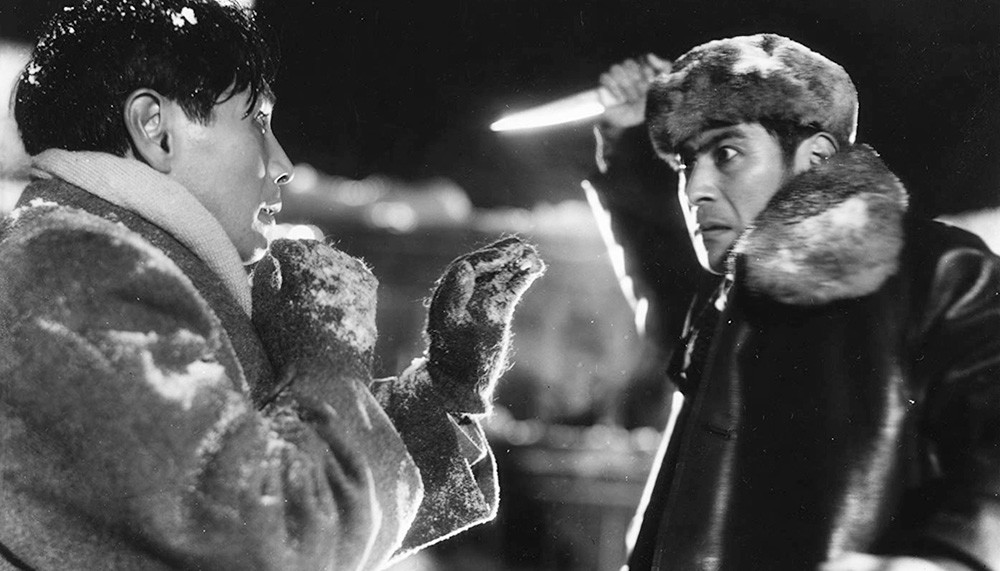 A still from 'The Idiot' movie

The movie called Hakuchi in Japanese was set in Japan’s northernmost island, but little else was changed from the story of Prince Myshkin. It was a commercial disaster. “This Idiot was ruinous,” Kurosawa wrote in his autobiography. “I clashed directly with the studio heads and then when the reviews on the completed movie came out, it was as if they were a mirror reflection of the studio’s attitude towards me.” 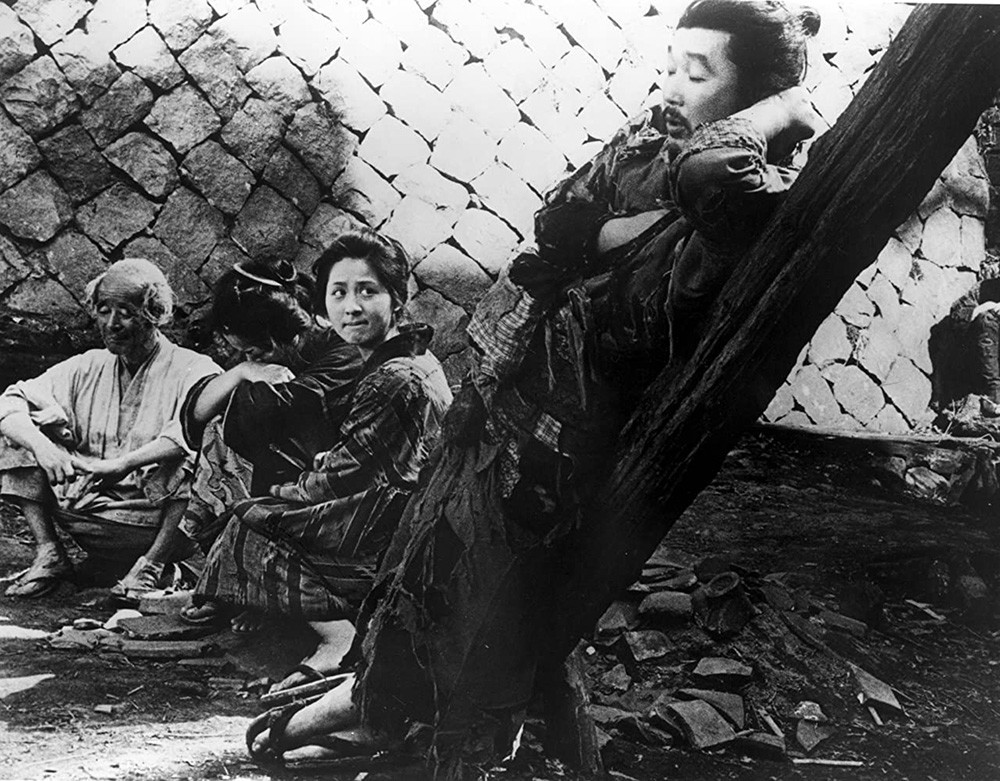 A still from 'The Lower Depths'

A few years after the bad experience with the adaptation of Dostoyevsky’s novel, the Japanese director adapted Maxim Gorky’s play The Lower Depths to the silver screen. Shot on two sets, the movie was adapted to appeal to Japanese tastes and received positive reviews from critics and audiences.

After his 1971 trip to Moscow, Kurosawa faced a series of setbacks and fell into depression. Over the next couple of years he even contemplated taking his own life. It was in 1974 that the filmmaker’s lifelong focus and interest in Russia was appropriately rewarded. Mosfilm contacted him to direct a movie about the life of Russian explorer and adventurer Vladimir Arseniev. As someone who loved the Russian wild, Kurosawa was delighted with the offer and agreed to move to Russia for the shooting. Yuri Solomin, who played the role of Arsenyev in the movie, said in a 1999 interview that Kurosawa had read the Russian explorer’s books in the 1930s and wanted to make a movie for a long time, but he wanted to do it in the same area were Arsenyev lived.

In his autobiography, Kurosawa wrote about how he was disgusted with the state of the Japanese film industry at that time. He compared himself to a salmon. “When the river he was born and raised in becomes polluted, he can’t climb back upstream to lay his eggs - he has trouble making his films,” Kurosawa wrote. “He ends up by complaining. One such salmon, seeing no other way, made a long journey to climb a Soviet river and give birth to some caviar. This is how my 1975 movie Dersu Uzala came about.” 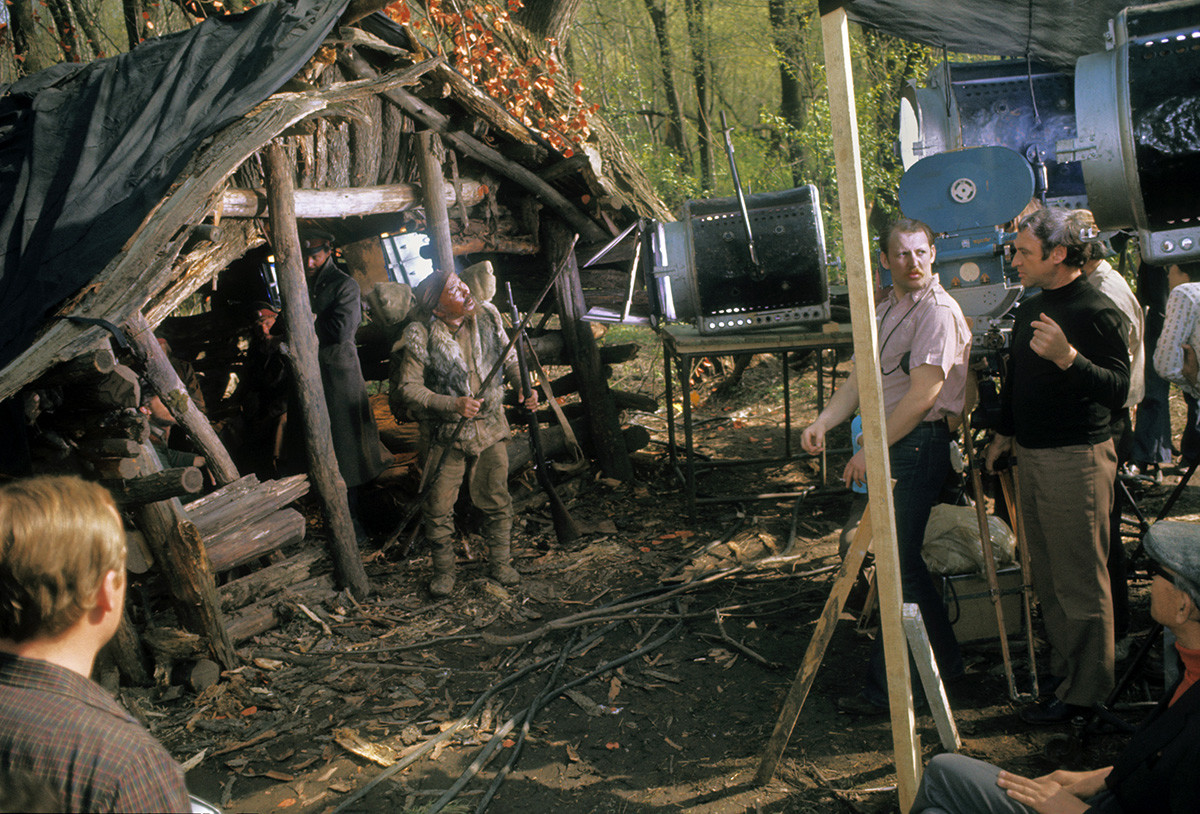 Kurosawa travelled to Moscow and then onwards to Siberia and the Russian Far East to work in incredibly difficult conditions. His autobiography does not mention the shooting of the movie, but several Soviet and Japanese accounts share similar anecdotes about the nine months that he spent in Russia.

Daily shooting for the movie started at 7 in the morning and lasted up to 15 hours. According to a Russian account, the crew were shocked that Kurosawa’s secretary followed him wherever he went and took notes of every single thing he said.

Kurosawa wanted to convey the nuances of each of the four seasons in the Russian taiga. When the crew was ready to film the autumn scenes, a major storm swept across the area and the red, yellow, green and golden leaves fell off the trees. Fyodor Dobronravov, who was the main cameraman, said the Japanese director was unnerved when this happened and Mosfilm literally had to send artificial autumn leaves in boxes to the filming location. Kurosawa joined the rest of the crew in cleverly ‘attaching’ the leaves back on the trees.

Japanese accounts talk of the director’s insatiable appetite for meat and how even the Russians were shocked with the filmmaker’s appetite. 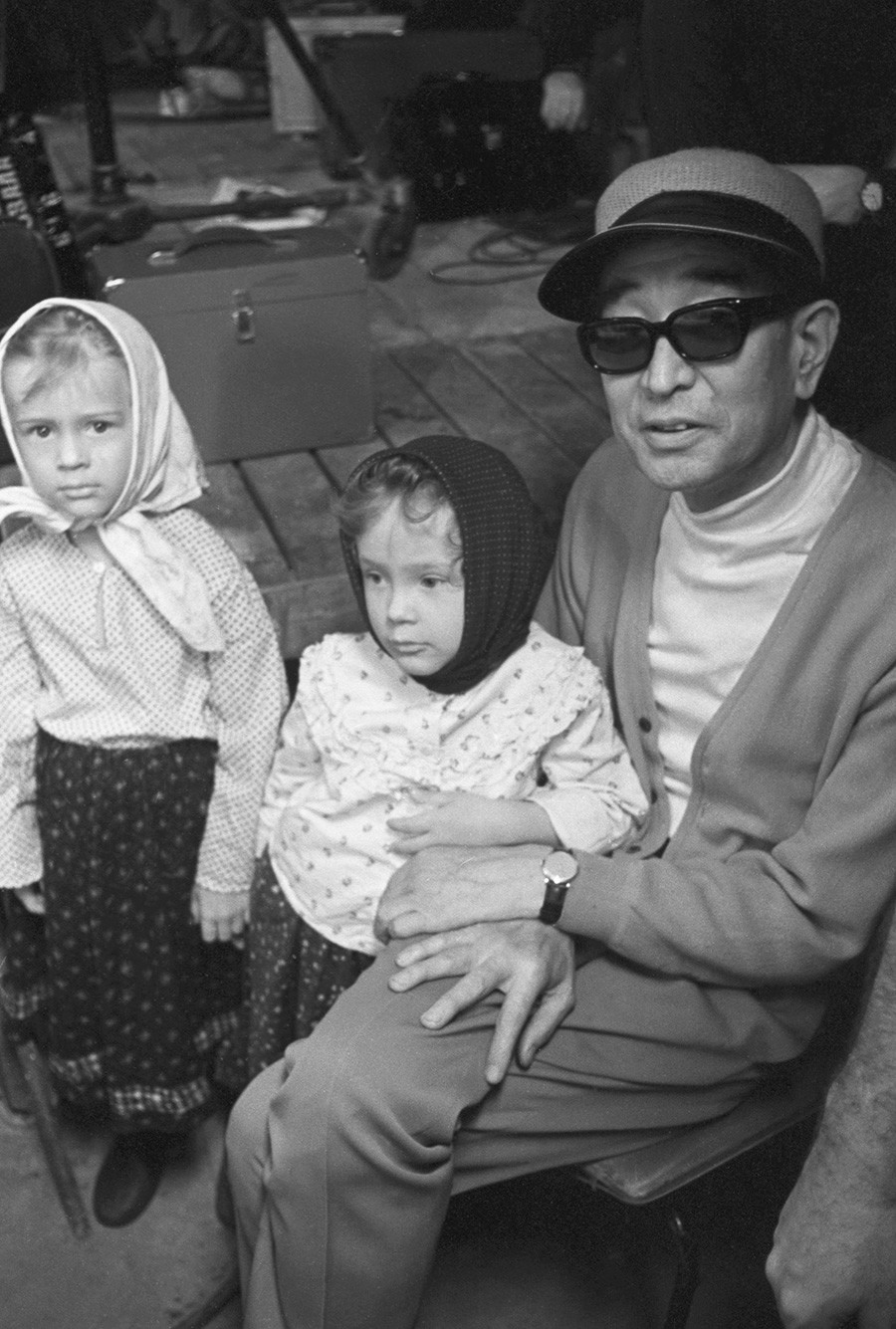 Although he enjoyed the experience, Kurosawa eventually became homesick and went back to Japan in the spring of 1975. The movie, produced by Mosfilm in collaboration with Japan’s Daiei Film, was a huge success. It won the Oscar for the best foreign film in 1976 and generated a global interest in the life and works of Vladimir Arsenyev.  The movie appealed to a much wider audience than originally anticipated, thanks to Kurosawa’s genius that made it a cinematic poem that showed the exquisite beauty and the destructive power of nature and a touching friendship between Arsenyev, a Russian explorer and Dersu Uzala, an indigenous hunter.

The movie’s success revived Kurosawa’s joie de vivre and he would stay active for another two decades. He died of a stroke in 1998 at the age of 88. The Japanese filmmaker is fondly remembered in Russia, where his classics continue to have a following.