Culture
Alexandra Guzeva
In Moscow, thousands of old houses, estates, churches and even former factory buildings are under state protection as objects of cultural heritage. And the list continues to grow every year. We selected some of the most eye-catching of the "new" cultural heritage monuments. 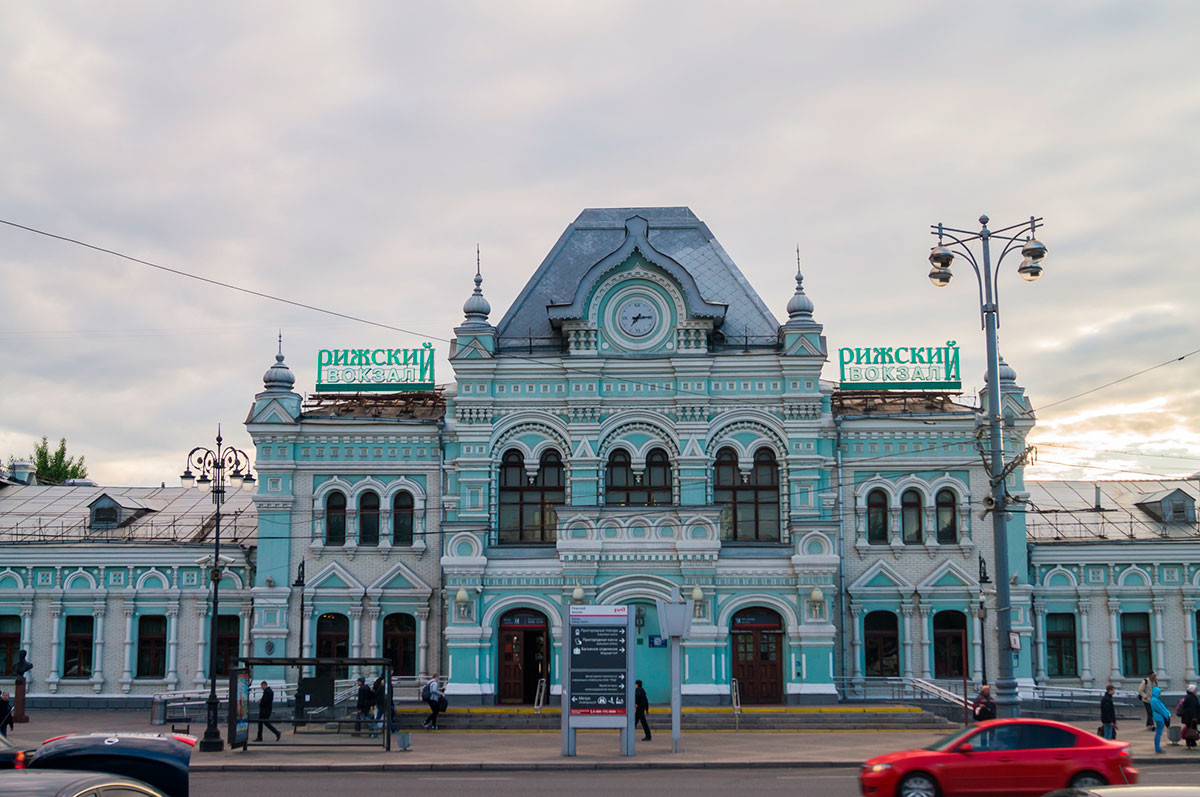 Moscow boasts many railway stations, each an architectural masterpiece in its own right. Designed in the neo-Russian style, Rizhsky station resembles an Old Russian tower-chamber with a kokoshnik-style roof (a decorative arch-like semicircular top) and ornate windows alluding to Art Nouveau. It is the work of architect Stanislav Brzhozovsky, who also created the supremely beautiful modernist Vitebsky railway station in St. Petersburg. 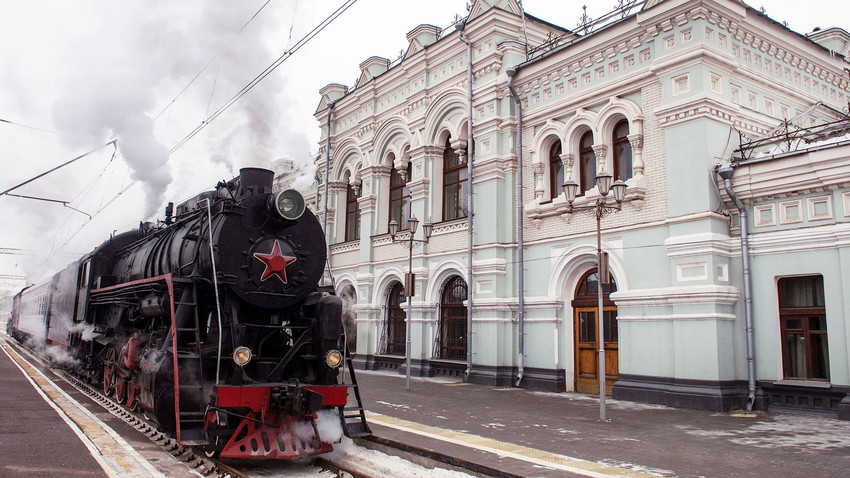 Although Rizhsky station was built in 1899 to connect Moscow with the Baltic countries by rail, it got its modern name only in 1946, having initially been called Vindavsky station after the Latvian port city of Vindava (modern Ventspils), where the line terminated. 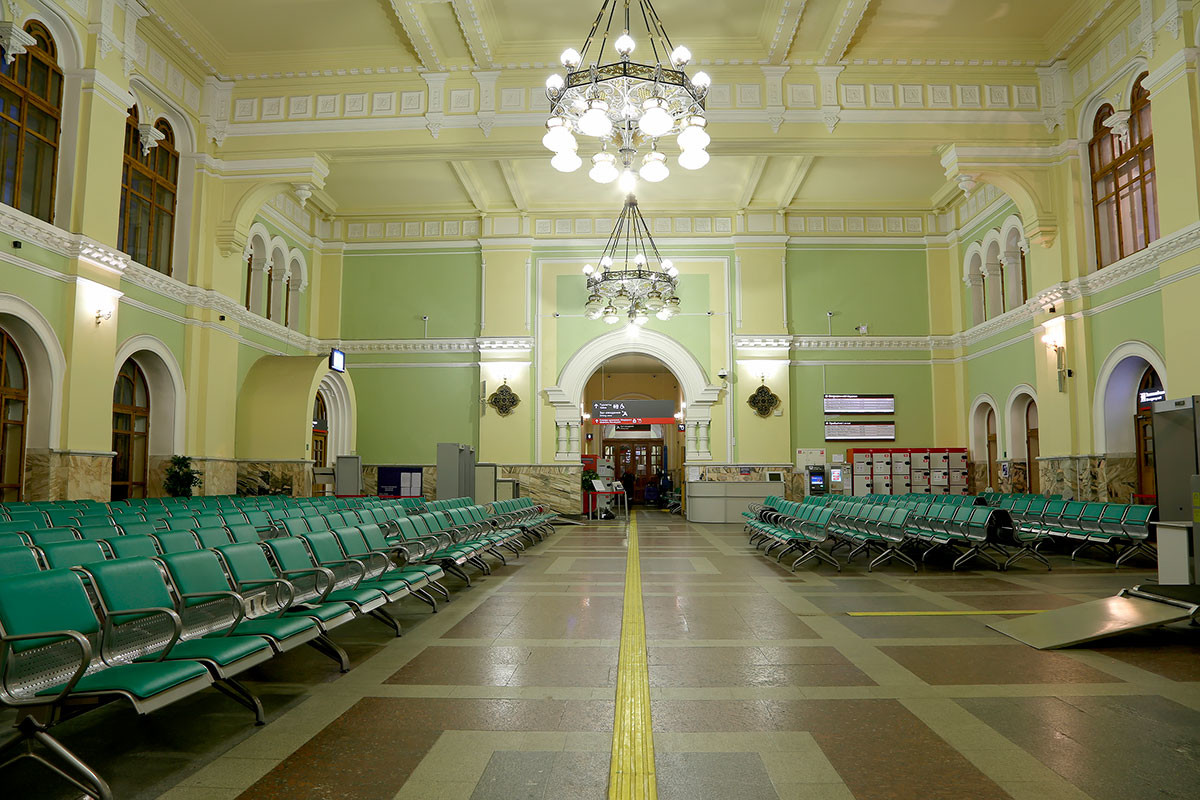 Inside, there is practically no architectural overindulgence: the interior is designed in a mixture of Empire and Art Nouveau style.

2. House with caryatids and griffins 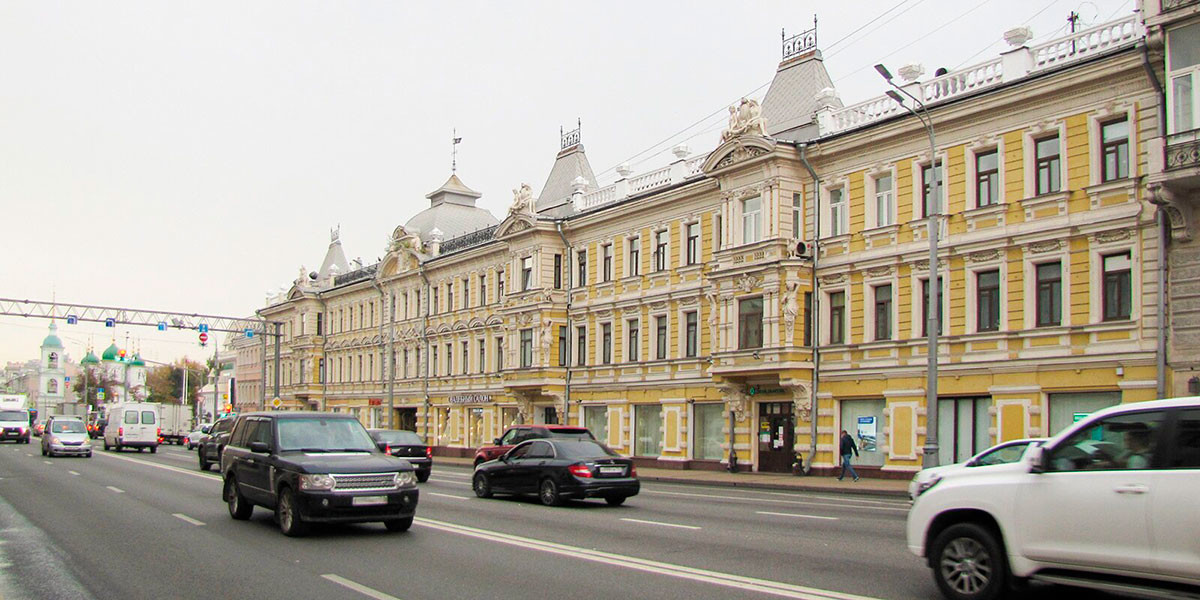 The commercial house of the merchant Kamzolkin on Prospekt Mira street was put up in the late 19th century and reconstructed a few years later after a fire. The architect, Vasily Zagorsky, would go on to build the Moscow Conservatory. On the ground floor was a large trading hall, while the upper two storeys were rented out as residential premises. 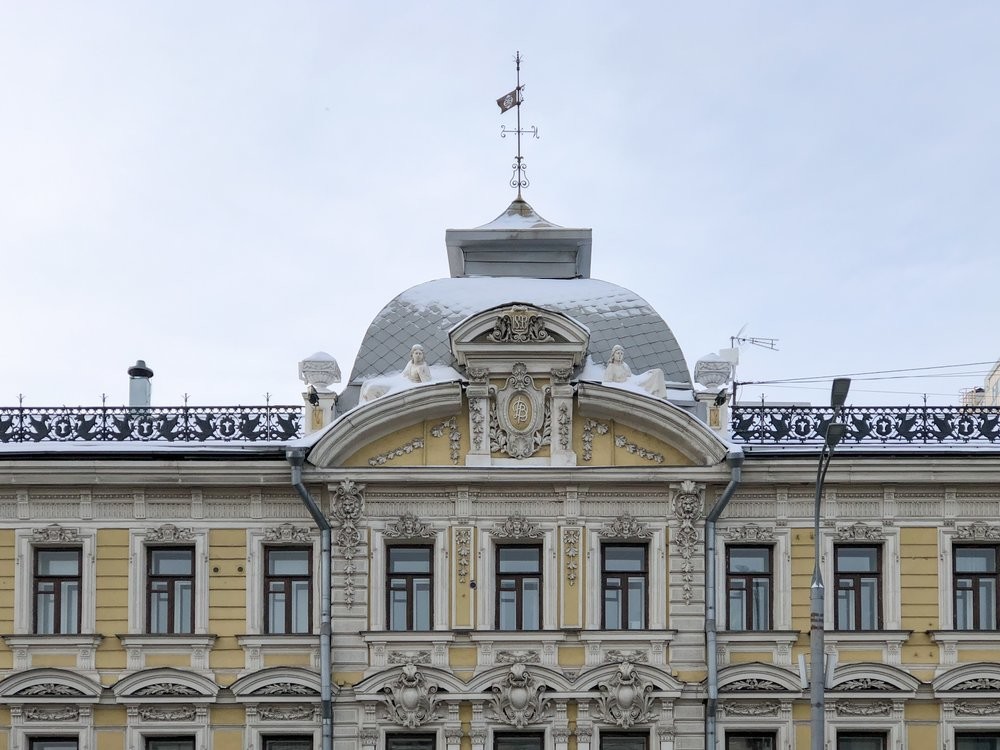 The main feature of the house is its ornamental façade, replete with columns, caryatids and mascarons. The creator of this multiplicity of forms was the young sculptor Sergei Konenkov, who would later earn fame as the “Russian Rodin”. 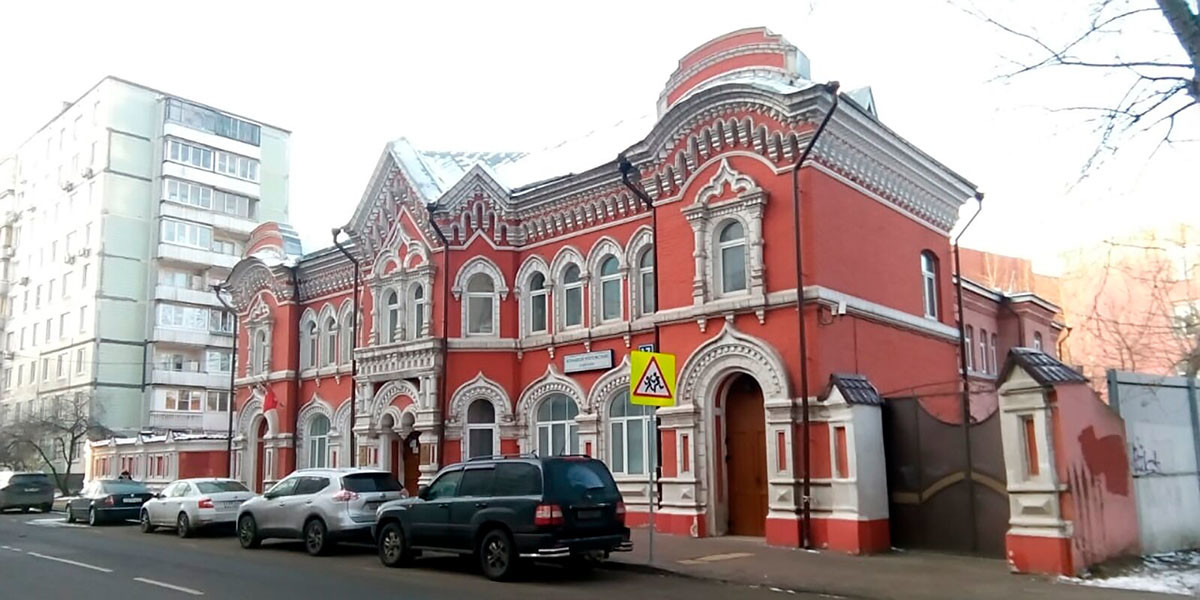 The building was constructed in 1903 by order of the Moscow City Council in the same fashionable neo-Russian style as Rizhsky Station. The fairy-tale red-brick house was conceived by architect Nikolai Blagoveshchensky, whose work includes a dozen churches, public institutions and commercial buildings. 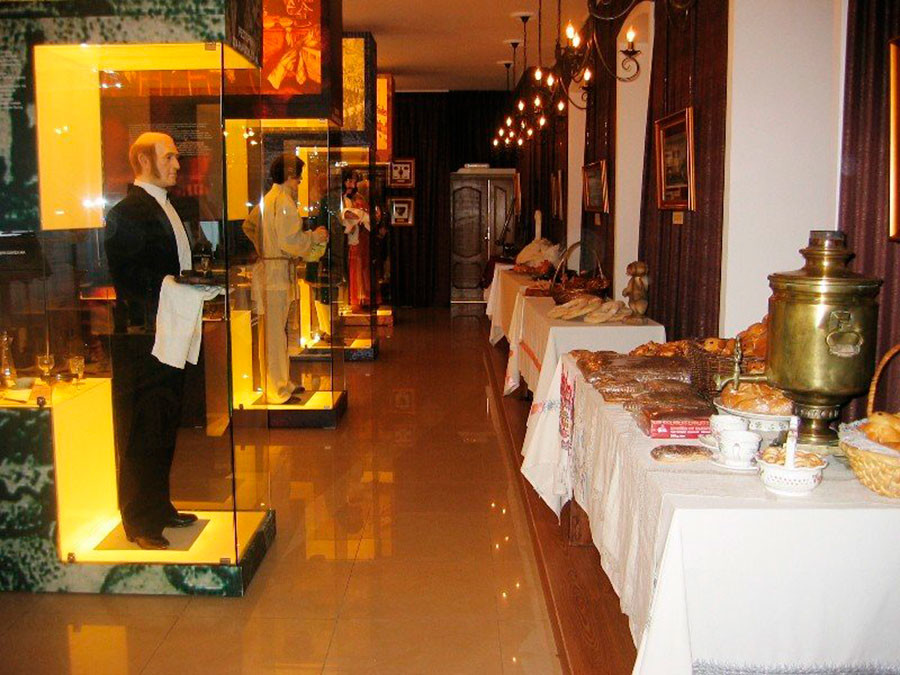 From 1903 to the 1960s, it housed a clinic that was dubbed “Rogozhskaya ambulatoria” (ambulance station). Later, in the 1970s, already in disrepair and abandoned, the building was renovated as a delicatessen shop and the Museum of Culinary Art, whose doors are still open. 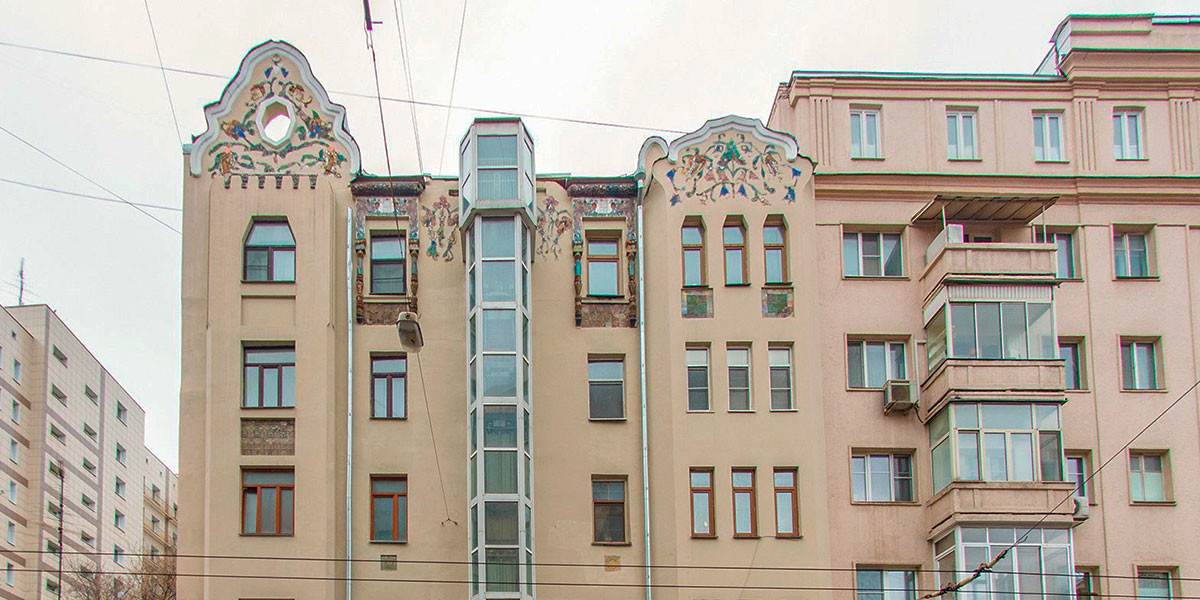 The commercial house of E.K. Kalinovskaya is a fine example of late Art Nouveau. The five-storey edifice was built in 1911 as per the design of Ernst Nirnsee, a progressive architect who built many commercial houses in central Moscow, as well as the city’s first “cloud-cutters” (as skyscrapers were called in Russian) — residential buildings more than eight storeys high.

Besides the impressive height, a distinctive feature of this house on 4th Tverskaya-Yamskaya street is the ornately painted ceramic platbands depicting firebirds and fantastical plants by artist Alexander Golovin. The house is decorated with bay windows of various shape and height, imparting an asymmetrical aspect to the façade. The addition of an elevator in the 1990s slightly spoiled its appearance.

5. House with masks of Hermes on Kuznetsky Most 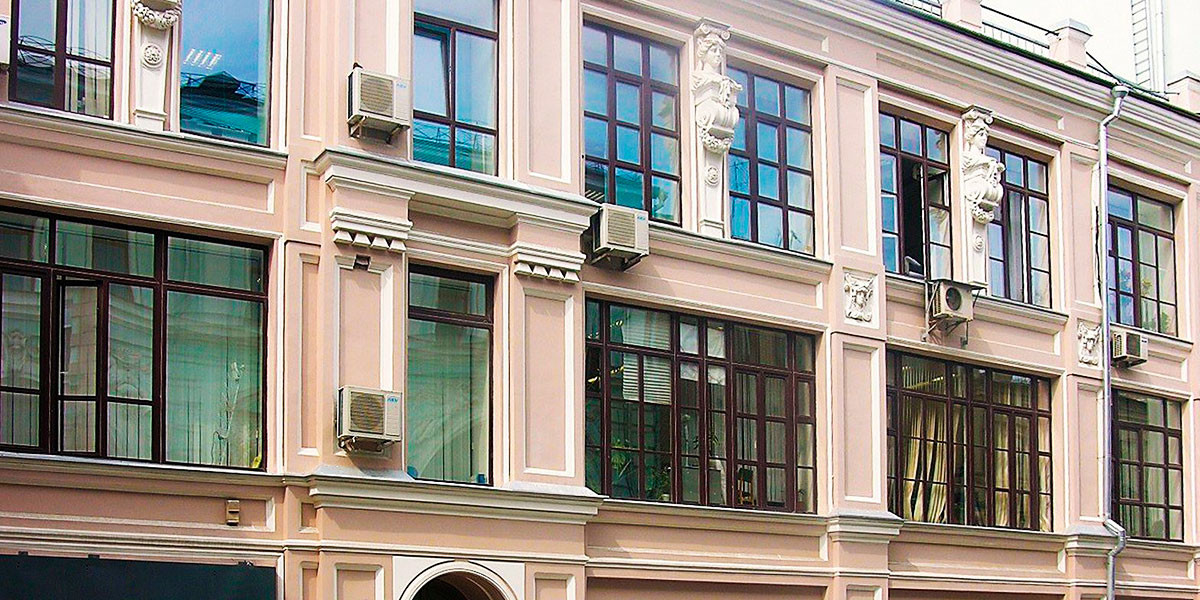 This house on Kuznetsky Most street is known as the "office building." Since its construction in 1901, all three floors of this Eclectic-style building (designed by architect Mitrofan Arsenyev) have contained shops and offices. Incidentally, this is one of the few buildings to have almost completely retained its original appearance.

The building’s "killer feature" is the façade decorated with "herms" — stone pillars topped by the carved heads of antique women. And sandwiched between the second and third storeys are four roundels with masks of Hermes, whose many roles in Greek mythology include the patron god of trade. There are shops in the building to this day. 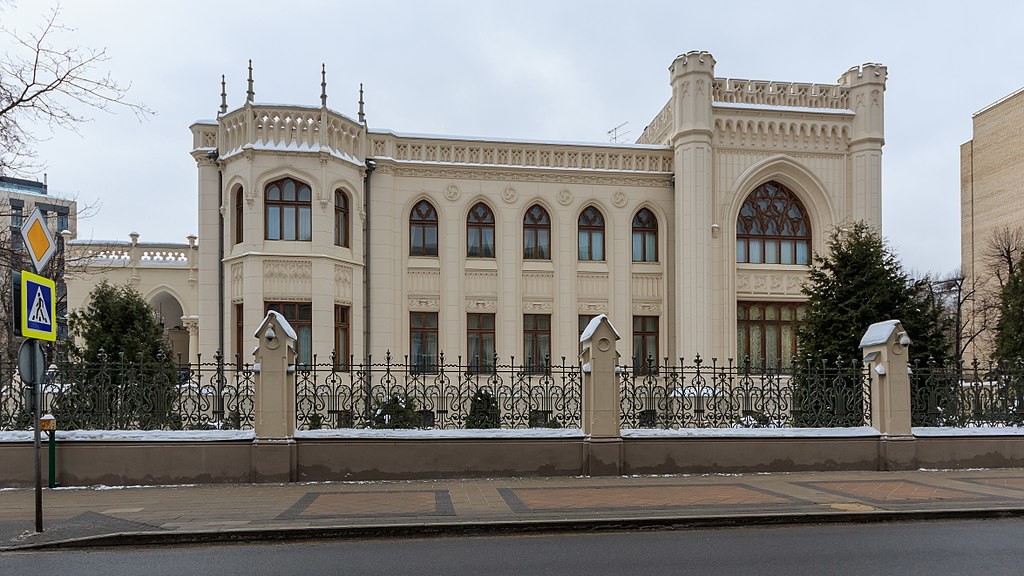 This sumptuous estate on Spiridonovka street was a gift from Savva Morozov, a major philanthropist and industrialist, to his wife Zinaida. The house was built by eminent architect Fyodor Shekhtel and blends elements of early Art Nouveau and Neo-Gothic. The interior was designed by artist Mikhail Vrubel.

After her husband’s death, Zinaida sold the mansion to another well-known entrepreneur, Mikhail Ryabushinsky. An avid collector of paintings, Ryabushinsky furnished the house with paintings by great Russian and foreign artists: Karl Bryullov, Valentin Serov, Mikhail Repin, Pierre Renoir, Camille Pissarro, Edgar Degas and many others. After the revolution, he gifted many paintings to the Tretyakov Gallery, and he himself emigrated. In the 1920s, a veritable treasure trove of paintings by great masters was discovered in the house. 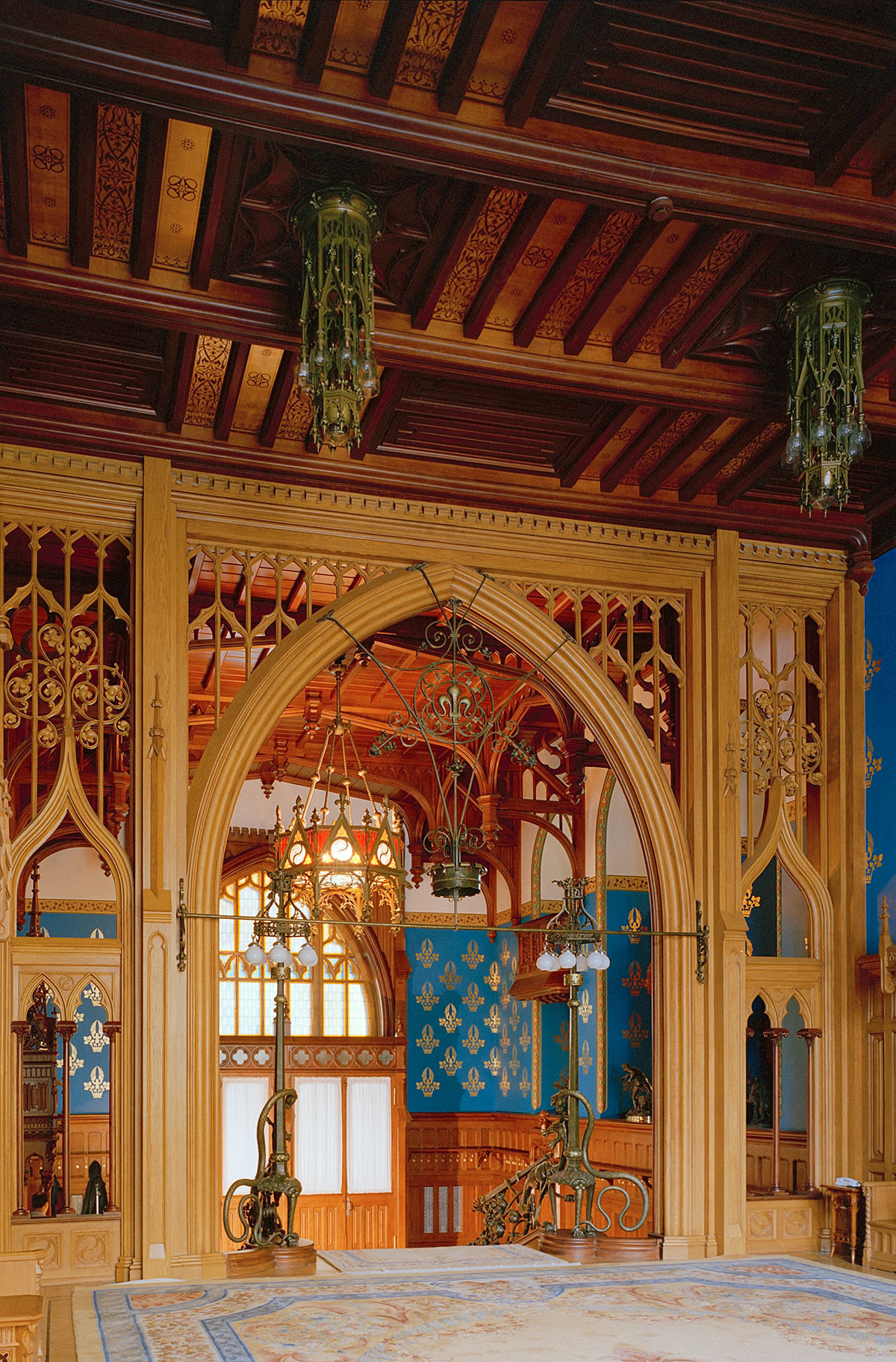 In the Soviet era, the building was transferred to the Ministry of Foreign Affairs, which still uses it for red-carpet receptions.

7. Wooden house of the merchant  Vinogradov 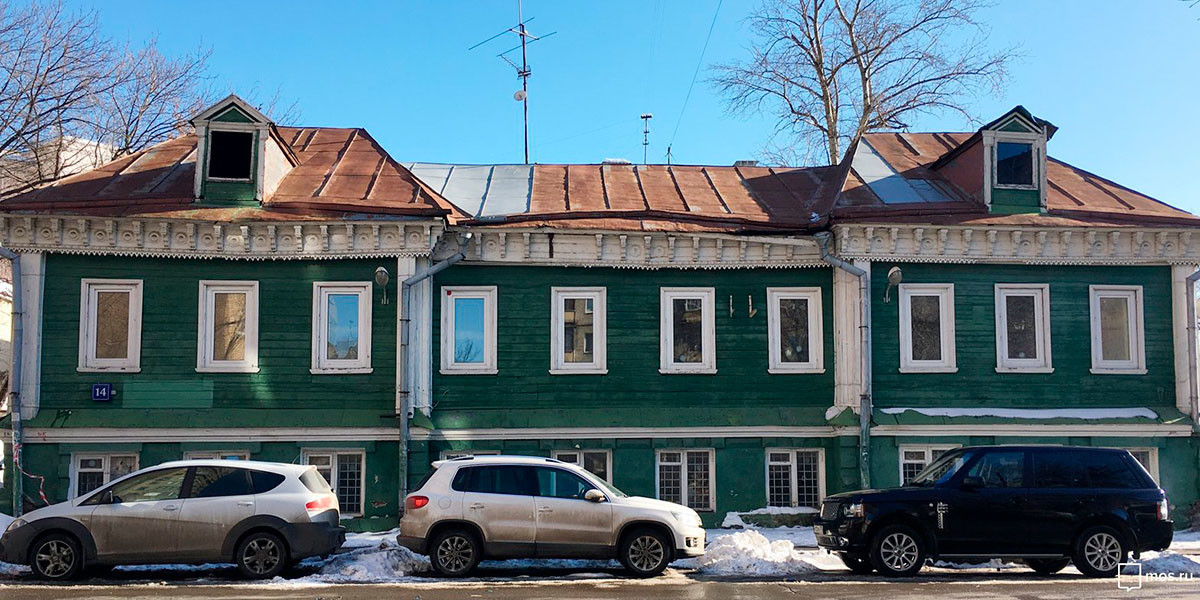 Built in 1880, this house on 2nd Krutitsky Pereulok street belonged to merchant Dmitry Vinogradov, who also owned the nearby iron foundry. The wooden construction, a rarity in Moscow, is perfectly preserved. 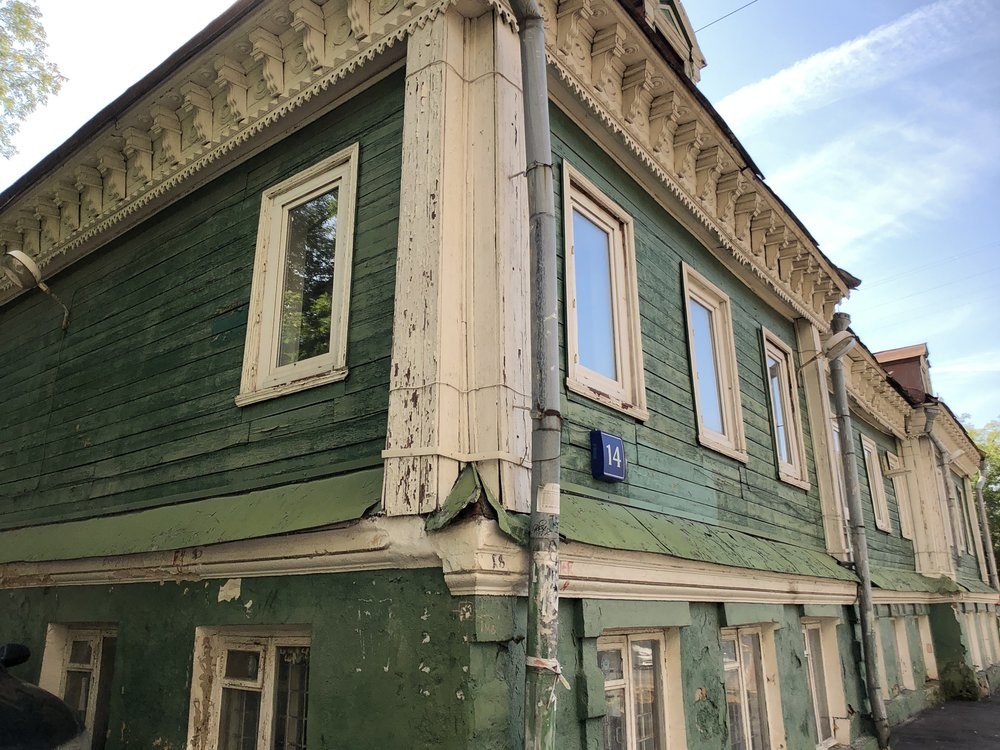 The building is an example of 19th-century wooden architecture with a kokoshnik-style gable, carved cornice and — another interesting element — dormer windows. The door to the house also features a carved frame. Converted to apartments after the October Revolution of 1917, today it is used as office space.