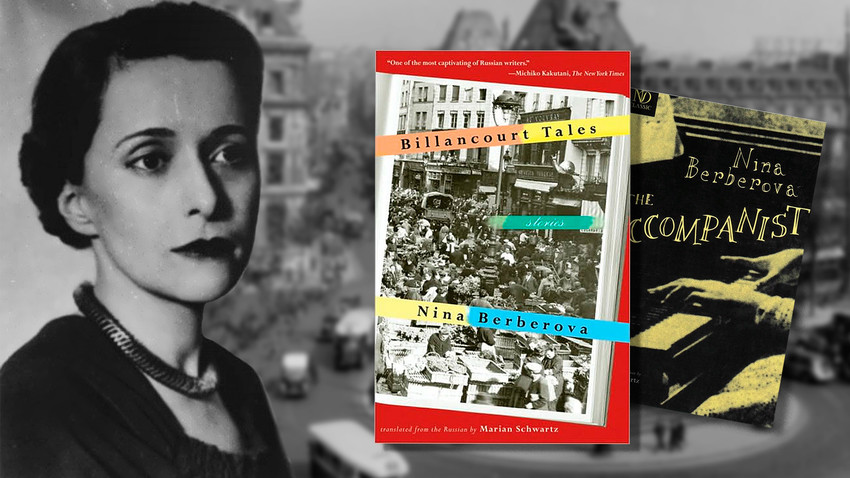 New Directions Paperbook; Getty Images; Armenian Museum of Moscow and Culture of Nations
With her stunning looks, charisma and sex appeal, Nina Berberova could doubtless have become a silver screen siren. But a different scenario unfolded after she left the Soviet Union for Europe, spent more than two decades as an émigré in Paris and finally moved to the United States, where she became one of the most successful writers of Russian literature in the west.

Bestselling Russian-American novelist Ayn Rand described Nina Berberova (1901-1993) as “one of the most important writers in twentieth century Russian literature”.

Indeed, put her in a time machine and Berberova would be the face of Gloria Gaynor’s ‘I Will Survive’ disco era hit. She was, in fact, a double threat: a very outspoken charming lady and a self-motivated down-to-earth go-getter. 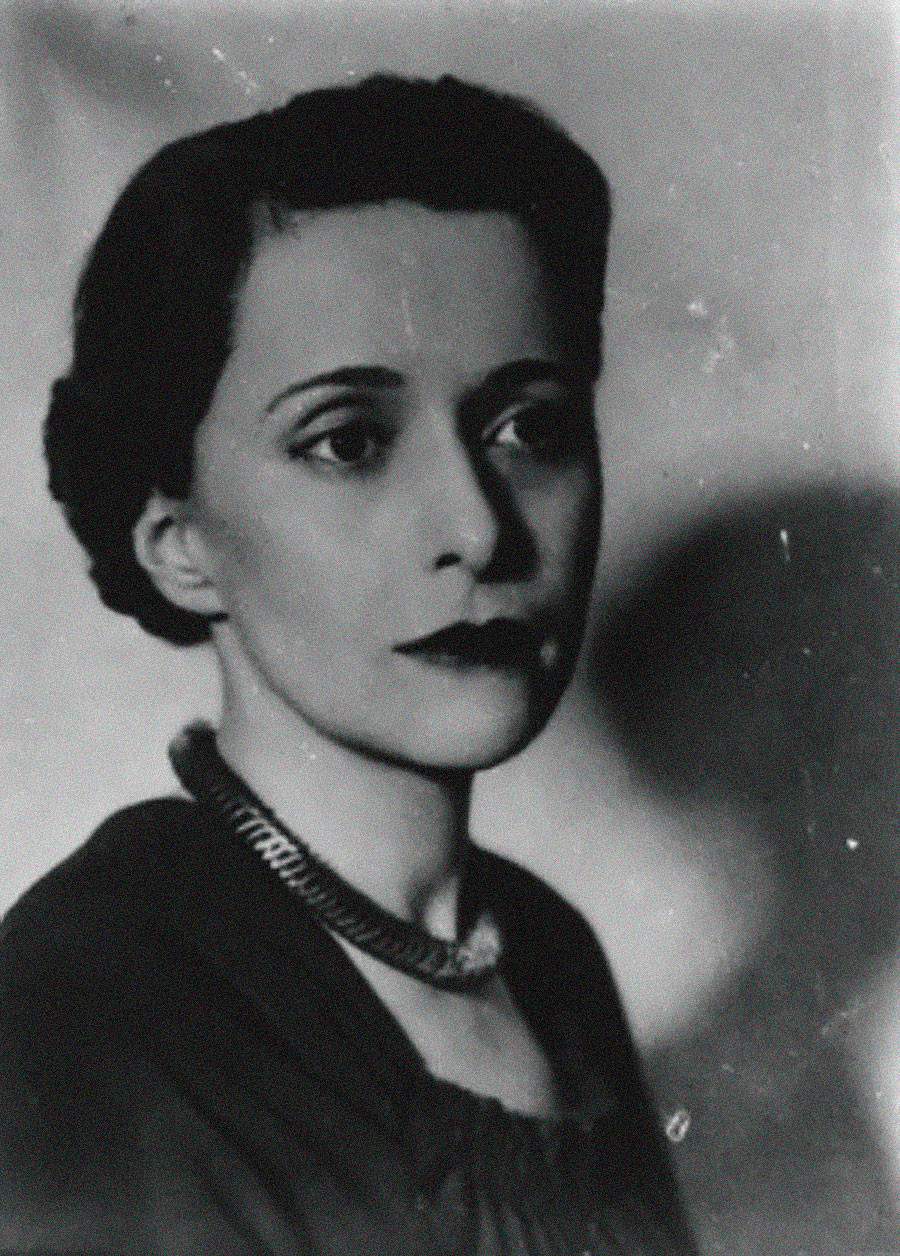 With her stunning looks, Nina Berberova could doubtless have become a silver screen siren.

“I, to my chagrin, considered myself made of pig iron,” Berberova revealed in her autobiography ‘Kursiv Moi’, written in Russian but first published in English as ‘The Italics are Mine’. Berberova’s superb storytelling skill manifested itself in her memoirs depicting her inner turmoil. She looked back to experiencing the revolution, emigration and WWII through her encounters with Russia’s best writers, poets and thinkers. She was on friendly terms with Marina Tsvetaeva and Boris Pasternak, Vladimir Mayakovsky and Vladimir Nabokov, Zinaida Gippius and Dmitry Merezhkovsky, Alexander Kuprin and Ivan Bunin, Maxim Gorky and Alexander Kerensky. Her memoir is full of biting sidelights and hurtful comments.

READ MORE: What makes the Silver Age of Russian poetry so important

Berberova was taken by the huge personality of Baroness Moura Budberg (born Maria Zakrevskaya). Moura was the mistress of H.G. Wells and Maxim Gorky and a suspected double agent for the UK and Soviet Russia. She was an adventurer dubbed the ‘Mata Hari of Russia’. Berberova’s biography of Moura was aptly entitled ‘Iron Woman’. The title spoke for itself and equally referred to both Budberg and Berberova.

Berberova was the muse of renowned Russian poet Vladislav Khodasevich. Nina, an only child, grew up in St Petersburg. Her father was an ethnic Armenian, whose ancestors founded the city of Nakhichevan-on-Don (now part of Rostov-on-Don) after being forcibly relocated from Crimea by order of Catherine the Great in the late 18th century. Her grandfather, Ivan Berberov, was a renowned physician educated in Paris. Nina’s mother came from the family of Russian landowners, the Karaulovs. 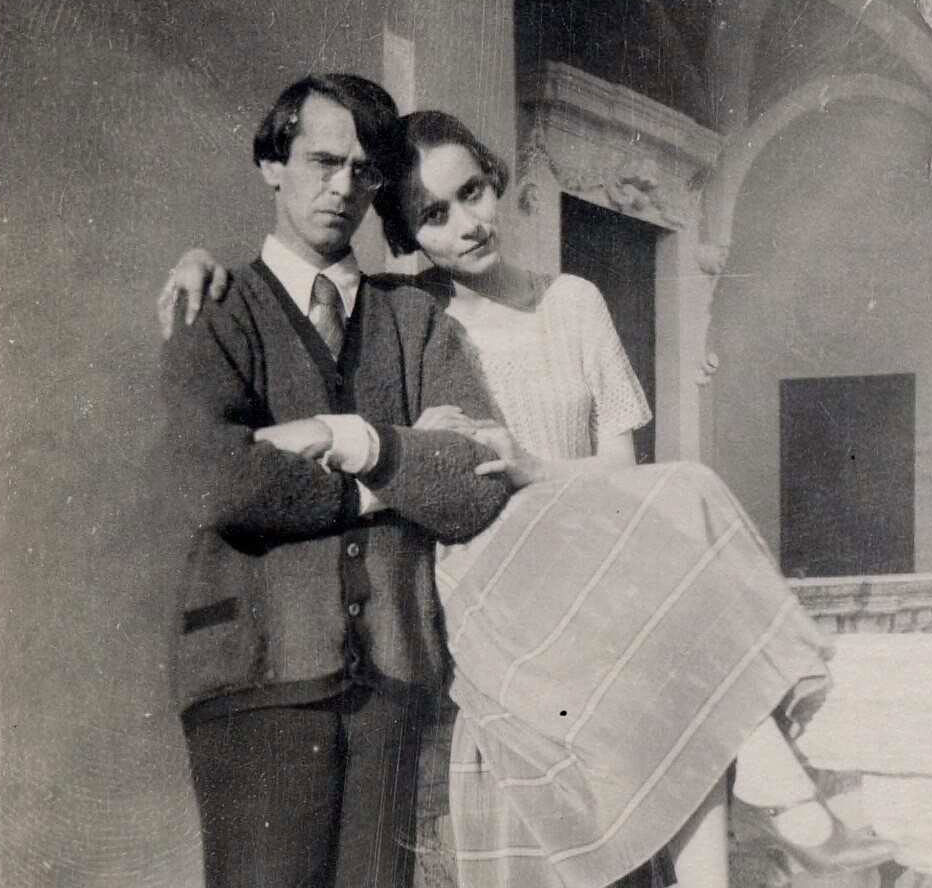 Berberova was the muse of renowned Russian poet Vladislav Khodasevich.

In the early 1920s, Nina entered the circle of young writers and poets grouped around Anna Akhmatova’s former husband Nikolay Gumilev. Nina’s first poem saw the light of day in 1922. In the same year, Berberova and Khodasevich left Russia. As it turned out, for good.

The couple moved around a lot, living for some time in Germany, Czechoslovakia and Italy. Curiously enough, they first lived with Maxim Gorky, accompanying the author of ‘Lower Depths’ on spontaneous trips to nearby countries. 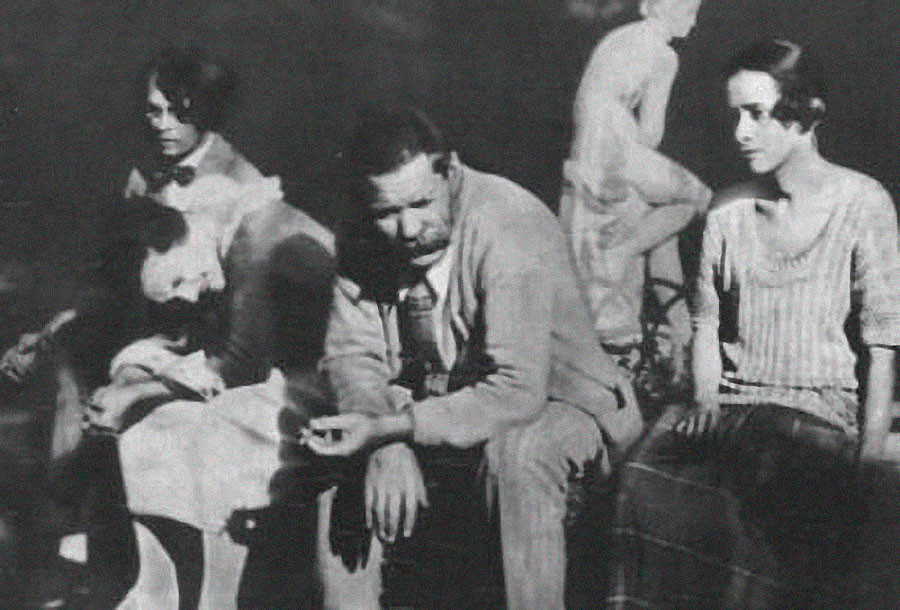 Their symbiosis with Gorky, who had a habit of taking crowds of people with him on his numerous journeys, was somewhat strange. Nina and Vladislav basically lived in a commune, but an intellectual one.

In 1925, Khodasevich (acclaimed by Vladimir Nabokov as “the greatest Russian poet of our time”) and Berberova, who was 15 years younger than her husband, decided to call it a day and moved to Paris. It was finally just the two of them.

Although both were actively involved in the literary world, life for them was not easy. They had little money in those days and their literary earnings weren’t even enough to cover rising living costs. 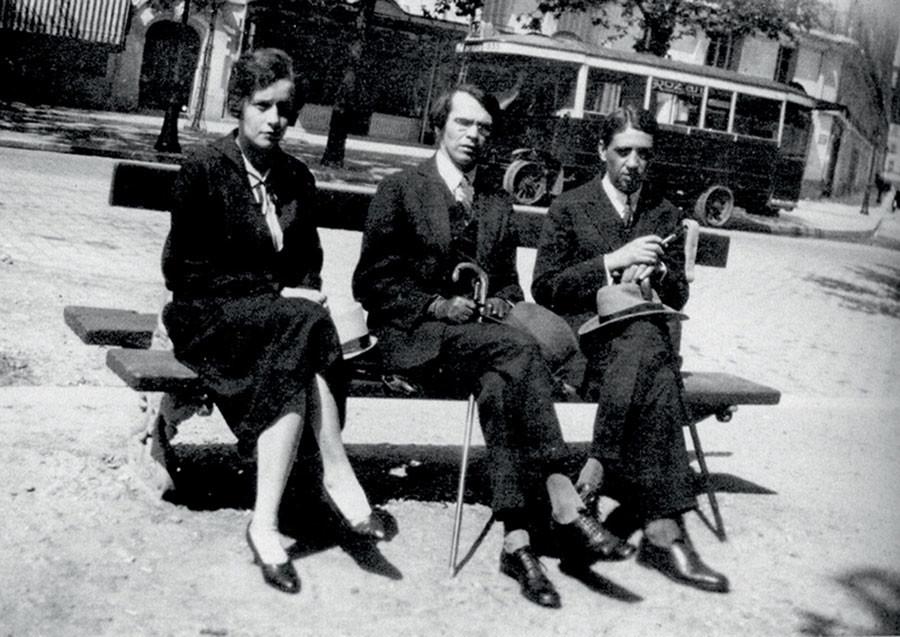 Berberova took any job she could find. Nina cross-stitched and created hand-made bead-necklaces. She also kept busy at her Singer sewing machine. One day, something went wrong and a terribly rare part broke down. 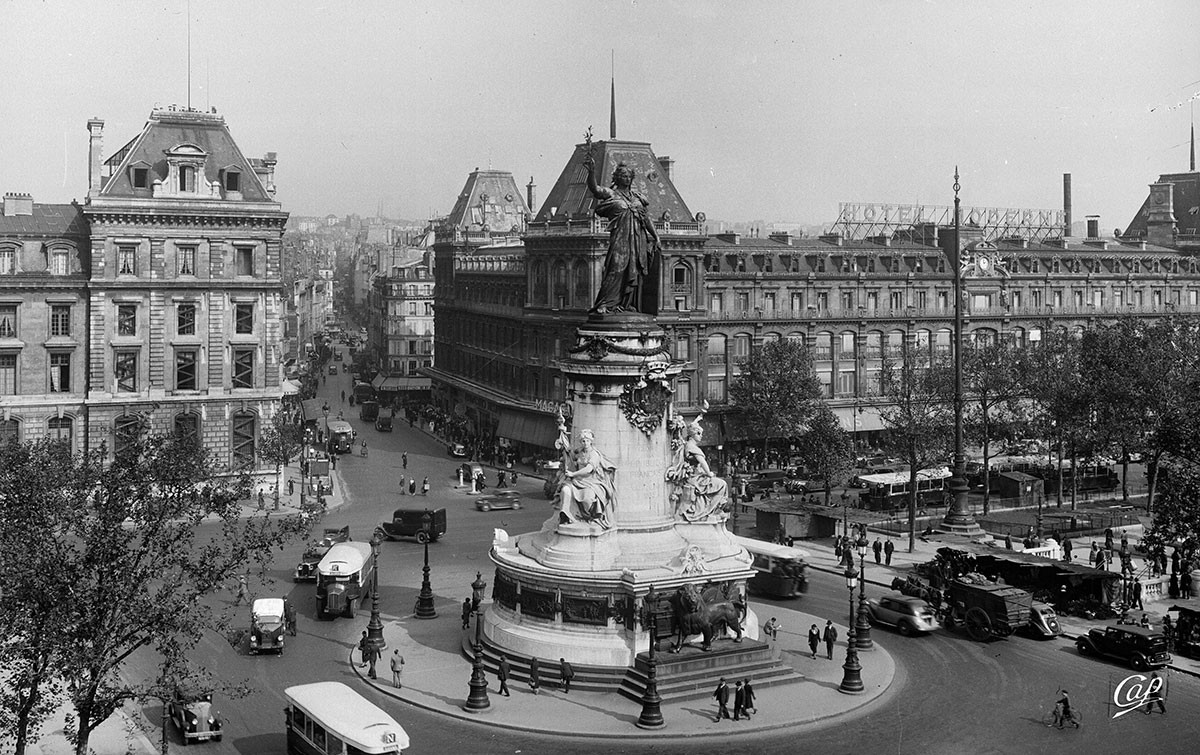 In despair, without informing anyone, Nina headed straight to the Paris headquarters of the Singer corporation and asked for a new bobbin winder spindle. Local bosses were caught totally unaware and granted her request in bewilderment, without saying a word. 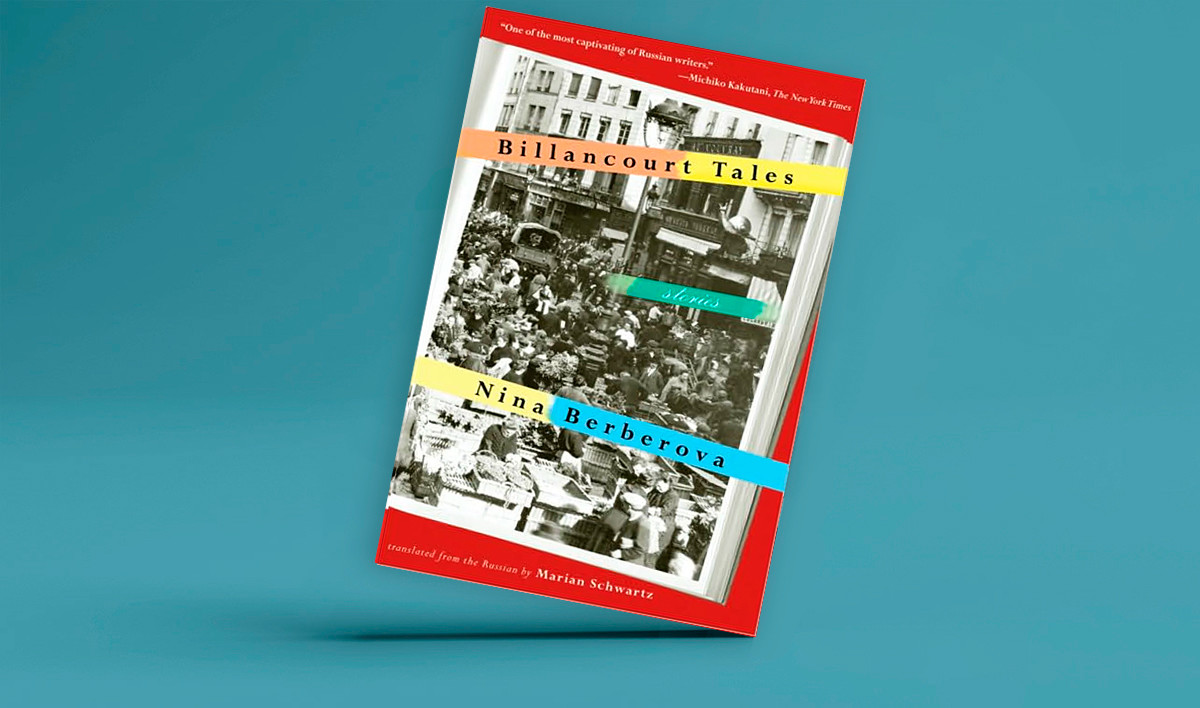 ‘The Easing of Fate’ and ‘Billancourt Fiestas’ were written during this period, as well as ‘The Accompanist’, set in 1942 Nazi-occupied Paris (that book was turned into a movie by Claude Miller.) 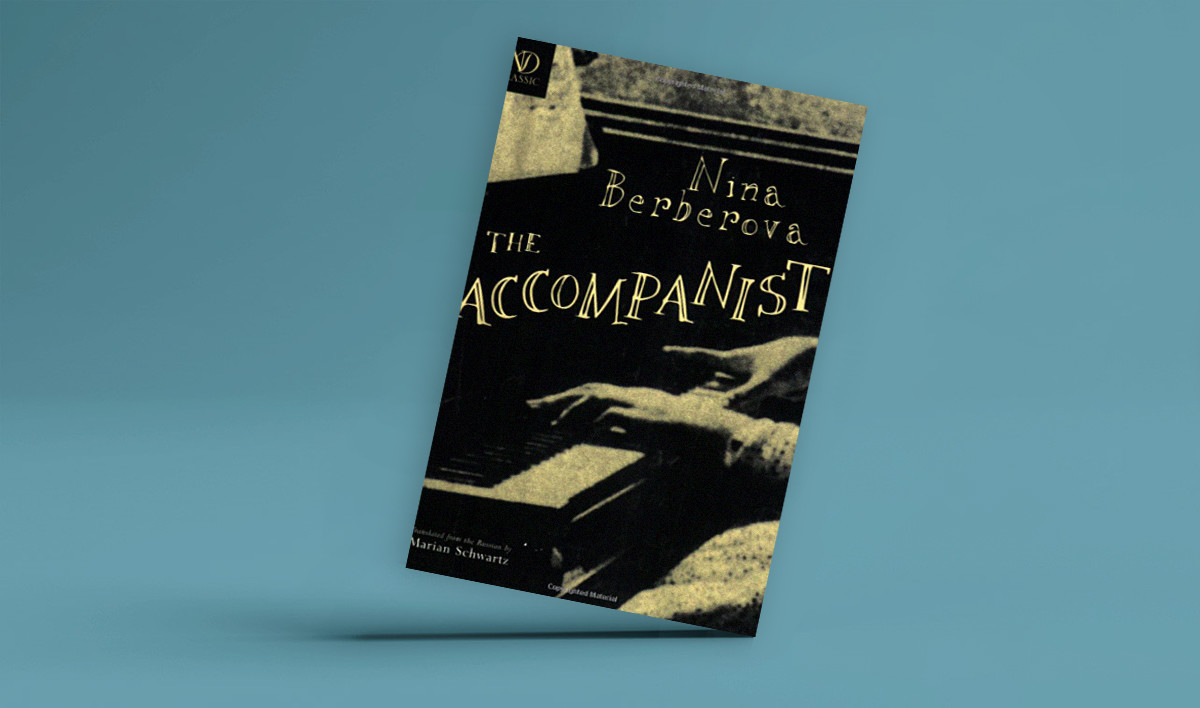 In 1936, Berberova wrote a biography of Pyotr Tchaikovsky. The book was a success and was translated into several languages. It became a best-seller in Sweden. Berberova, who always sought the spotlight, decided to learn Swedish in order to impress her publishers during a planned business trip to the country. To kick her ambitious plans into high gear, Berberova asked a former diplomat Joseph Loris-Melikov, who was friends with poet Zinaida Gippius, to teach her the Swedish language. He was a polyglot and knew several languages. But, maybe his memory had played tricks on him. Loris-Melikov apparently got confused and accidentally taught Berberova… Norwegian. 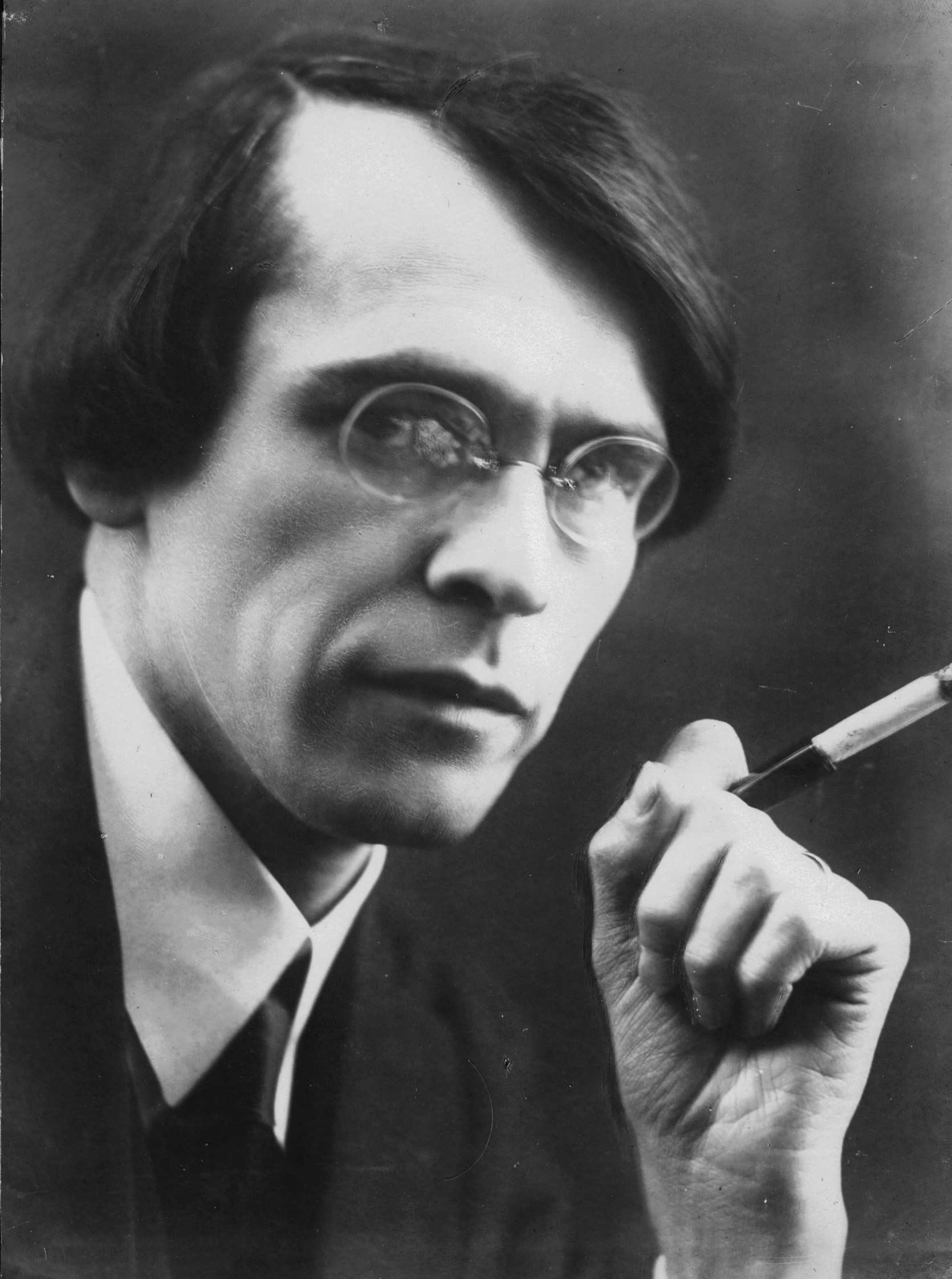 Vladislav Khodasevich is widely recognized as one of the foremost Russian poets of the 20th century.

In 1932, having lived with Khodasevich for ten years, she left him. As they said in the Russian expat community of Paris, Berberova made sure she cooked Khodasevich borsch to last for three days and darned all the poet’s socks. “The law of cause and effect does not apply when it comes to people,” she wrote. Khodasevich died in Paris in 1939, following surgery for cancer of the pancreas. He was only 53.

In 1936, Berberova married another emigrant, journalist and artist Nikolai Makeev. Two years later, they bought a house in a beautiful countryside, an hour’s drive from Paris. During WWII, Ivan Bunin was invited there (he never made it). Earlier, before the war broke out, Alexander Kerensky, who lost power to the Bolsheviks during the October Revolution of 1917, visited Berberova and her husband in the village of Longchamp.

Berberova had lived in Paris for a quarter of a century and was more than ready to turn over a new leaf. In 1950, she packed her belongings into two suitcases and left for the United States. Berberova didn’t speak a word of English. It was apparently one of the most difficult decisions she had ever made. 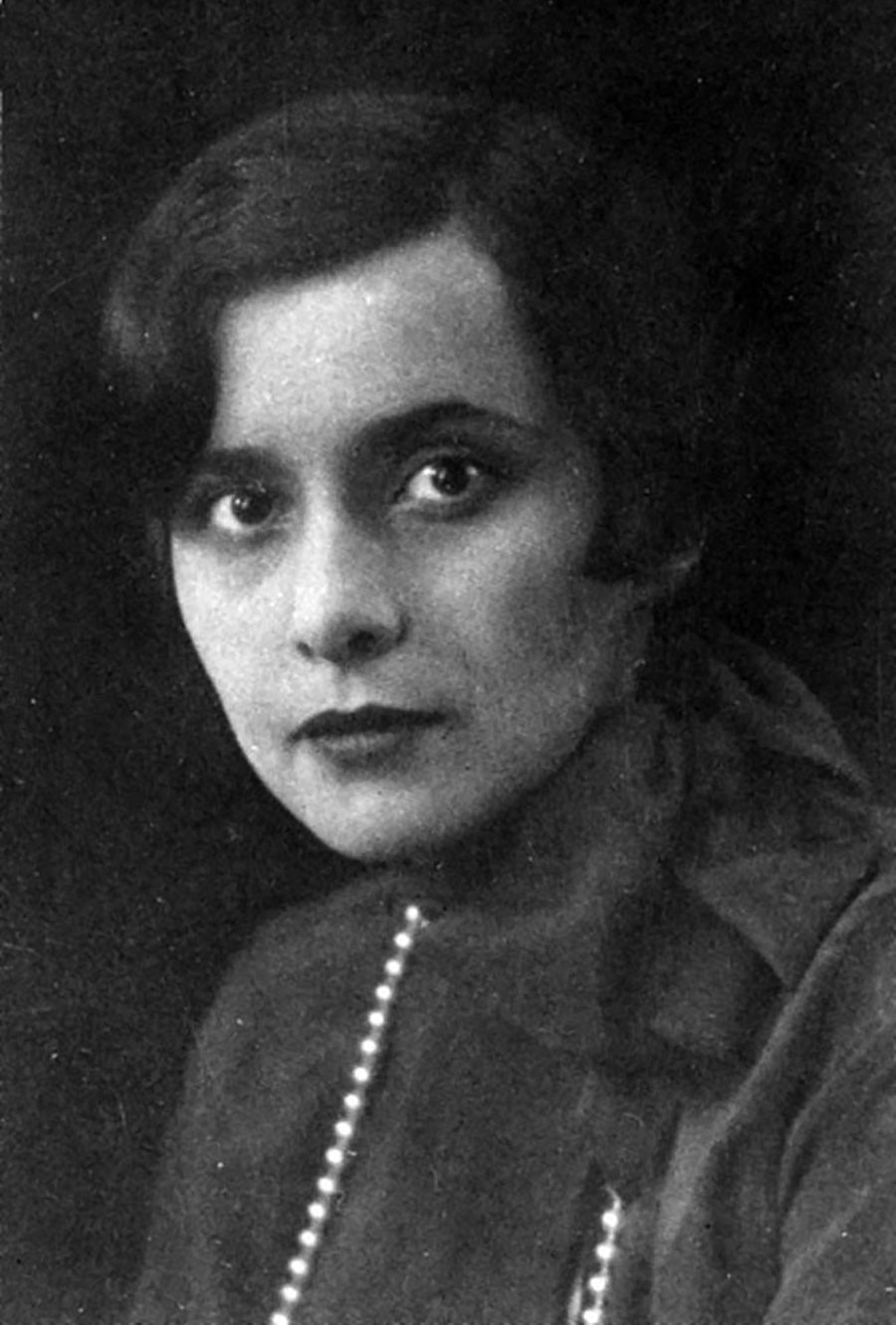 In 1950, Berberova packed her belongings into two suitcases and left for the United States.

“In my entire life, I made a responsible choice that mattered to my fate and individuality no more than four or five times but, I confess, each time this conscious choice gave me a feeling of power and freedom, a sharp sensation of an electric charge that can be called happiness, regardless of whether that choice brought a sense of well-being or destruction,” she later wrote in ‘The Italics are Mine’.

In the United States, Berberova married again, embarked on a triumphant teaching career and raised several generations of Slavists. She became a lecturer at Yale University and professor of literature at Princeton University. Trailblazing Russian poet Andrei Voznesensky wrote a poem dedicated to ‘Miss Silver Age’, after visiting her home in Princeton in 1988. 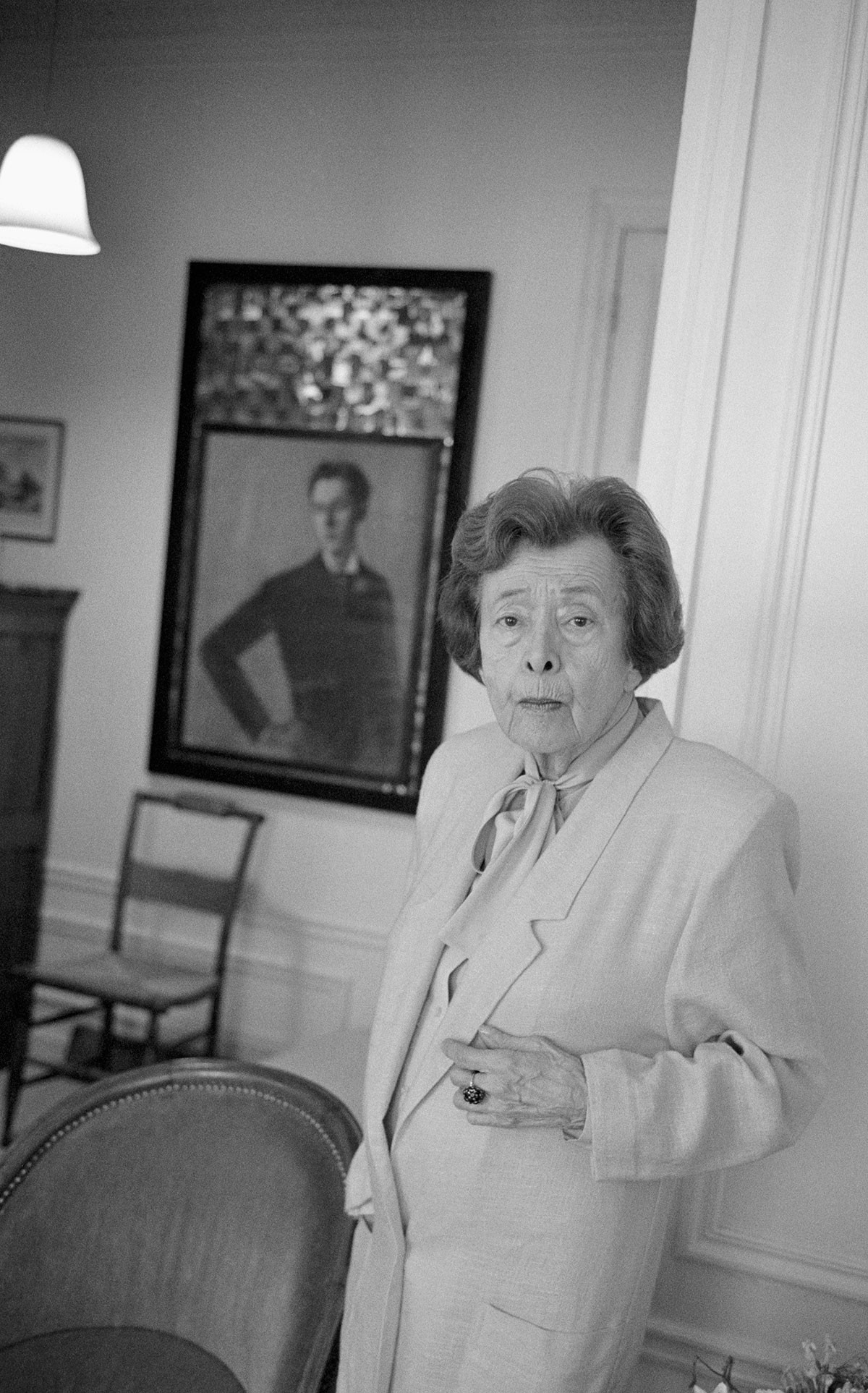 Berberova never gave up writing and published several short stories in the U.S. She divorced again after 29 years of marriage. “I have never been able to look into anyone so attentively and deeply as into myself. Sometimes I tried, especially in my youth, to do it, but I did not succeed very much. Perhaps there are people who know how to do this, but I haven’t met them. In any case, I have not met people who could look into me further than I would myself,” she wrote.

Author of ‘Pushkin Hills’ Sergei Dovlatov, who emigrated to the U.S. in 1979, corresponded with Berberova for several years.

“But then she realized that I entirely consist of qualities that she hates – a gutless person, tortured by insecurities. And the correspondence faded away. I have a lot of respect for her, I love her two memoir books (her poetry and prose are rubbish, in my opinion), but she is a completely rational, cruel, cold person, capable of learning Swedish for an upcoming tourist trip to Sweden, but also capable of leaving her sick husband who could no longer give her anything,” Dovlatov wrote. His remark wasn’t entirely unfounded. 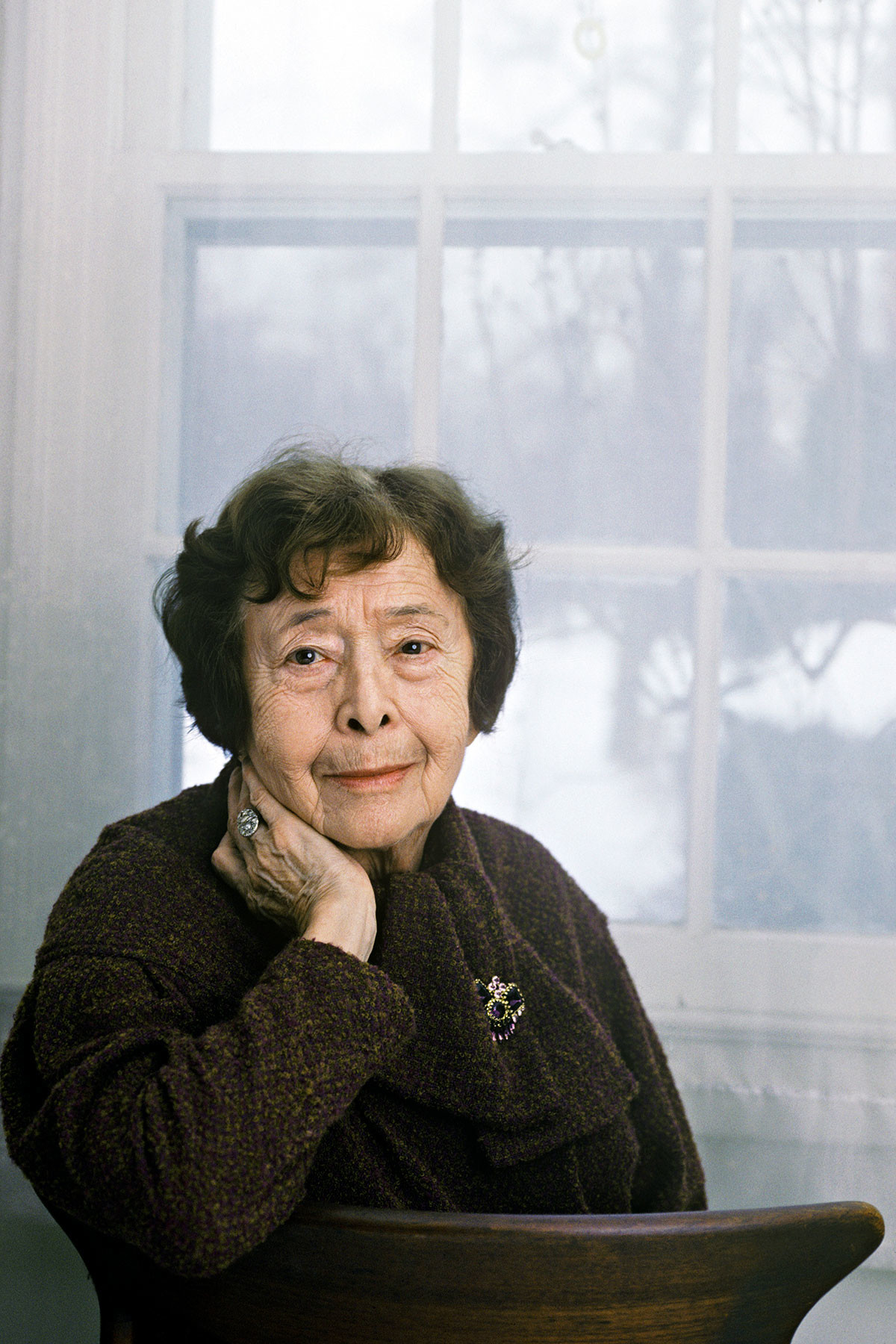 Berberova’s suberb storytelling skill manifested itself in her memoirs.

In 1989, the indefatigable Berberova visited post-Soviet Russia, where she caught up with the glitterati of the Russian literary world.

The ‘Iron Woman’ died in 1993 in Philadelphia, aged 92. She was the walking, talking proof of what can be accomplished in life through perseverance and imagination. “My whole life has been a reconciliation of contradictions: all the various and often opposite features in me have now merged into one.”