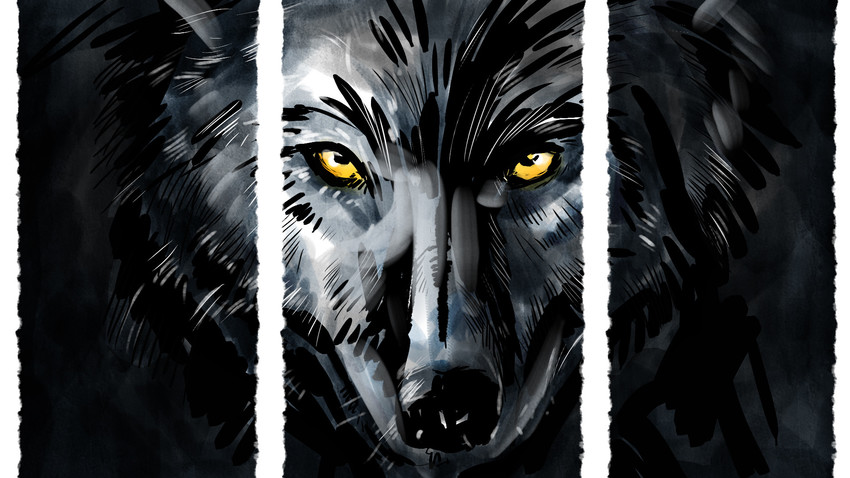 Irina Baranova
Russia Beyond exclusively publishes “Wolf Baiting”, a forgotten work by the great Russian writer Anton Chekhov and which was recently translated by Dan Biktashev.

It is said that we live in the nineteenth century. Do not be fooled, reader.

On Wednesday, the 6th  of January, in the European city of Moscow, a capital city at that, in the galleries overlooking the summer horse-racing track, sat a tightly packed crowd, jostling for position and trampling each other’s toes as they lapped up the spectacle. The spectacle itself, and even its description, is an anachronism… Are we even fit to describe it? We, who have exchanged brute force for ideas; we, the emotional, teary lot of suit-wearers and theatre-goers, and liberals et tutti quanti[1] – are we fit to describe this spectacle known as wolf baiting? I ask you, are we?

It would appear that we are. We must describe it, for we cannot help it.

Let me begin by saying that I am not a hunter. In all my life I have not killed an animal. I confess I have killed a number of fleas, but even then no hounds were involved; it was always a fair, one-on-one fight. The only firearms I am acquainted with are the tin cap guns I would buy my children as gifts for New Year. A hunter I am not, and I must beg forgiveness if I distort anything in my retelling, as non-experts are wont to. In what follows I will try to avoid touching upon matters that could allow me to flaunt my ignorance of hunting terms. Instead, I will tell you about this spectacle as the public would, i.e. in a superficial manner born of nothing deeper than a first impression…

It is the first hour. Behind the gallery are stagecoaches, luxurious sleds, and coachmen. Commotion and bustle abound… The sheer number of carriages is such that not crowding is impossible. Congregating in the galleries are men decked out in lambswool and the fur of raccoons, beavers and foxes; each professing expertise with horses, dogs, hawks, hounds, or other miscellaneous beasts. These men are freezing, but also burning with impatience.

Ladies also congregate there, of course. You cannot have a spectacle without the ladies. Unusual for baiting many of the ladies gathered today are quite fair-looking. There are at least as many of them as men, and they, too, are burning with impatience.

In the upper galleries one can glimpse an occasional gymnasium cap – students have come to watch the spectacle, and they are burning with impatience. Among the other spectators (burning with impatience) are the connoisseurs, fanciers, and self-styled critics who have come to the Khodynka Field all the way on foot and, for lack of a rouble to pay the entrance fee, have lined up along the fences, knee-deep in snow.

In the arena are a number of carts laden with wooden crates. Inside the crates, the heroes of the day are enjoying the rest of their lives: the wolves. In all likelihood they are not burning with impatience…

As the crowd waits for the baiting to commence, it admires the Russian beauties riding about the arena on lovely horses… The most devoted and vicious of hunters are arguing about the hounds participating in today’s baiting. To a man, everyone is holding a poster of the event; the ladies also have a set of opera glasses.

“There is no pastime more pleasant than hunting,” an old man with a peaked cap and a wispy fluff of a beard confides to his neighbour; to all appearances he is a nobleman who fell on hard times a long time ago. “None more pleasant indeed… We would always set out on a hunt at first light… Sometimes with ladies, too…”

“There is no sense in going hunting with ladies,” his neighbour interrupts.

“It’s not proper to curse in the presence of ladies. And what’s a hunt if you can’t curse?”

“Not much, I’ll give you that. But the ladies who went hunting with us were not above cursing at all… Mariya Karlovna, who was Baron Glanzer’s daughter, I don’t mind telling you, now could curse with the best of them! ‘You brazen-faced wretch,’ she would begin, and then proceed… with all manner of gosh and golly, dash and damn even… She was ever the bane of all low-ranking gentry’s lives… quick to anger, and to make use of her whip…”

“Mother, are the wolves in the crates?” a boy from the local gymnasium, who is wearing an extremely oversized cap, asks a woman with large ruddy cheeks.

“Oh, you! Stop that! Enough of your silly questions… Wipe your nose! Next time, try asking something clever. Why must you always ask about silly things!”

There is some motion in the arena. Six or so men, or shall we say, disciples of the hunting order, are carrying one of the crates. Now they put it down in the middle of the arena. The audience becomes excited.

“No, no, not Sheremetyev’s at all! Look at the hounds, they are Mozharov’s. And the black dog? It’s Mozharov’s! Or maybe not? Hmmm Yes, yes, yes, gentlemen, that yonder pack is Sheremetyev’s! Yes, Sheremetyev’s. Mozharov’s pack is over there.”

The men are pounding on the crate with a mallet. The crowd’s impatience is ad maximum… Now the men back off. One tugs on a rope, the walls of the wooden prison are pulled down, and a grey wolf – the most revered of all Russian animals – is revealed to the crowd. The wolf looks around, gets up and starts running… Sheremetyev’s pack race after it, followed by a Mozharov dog in breach of the correct order, in turn followed by the pack’s huntsman with a dagger in his hand…

The wolf does not get two full sazhens[2] before it is dead… The dogs have performed well, and so has the huntsman… “Bravooo!” cries the crowd, “braaavo! Bravo! Why’d Mozharov sic his dog out of order? Mozharov, boo! Braa… vvvoo!” Then another wolf goes through the same ordeal. 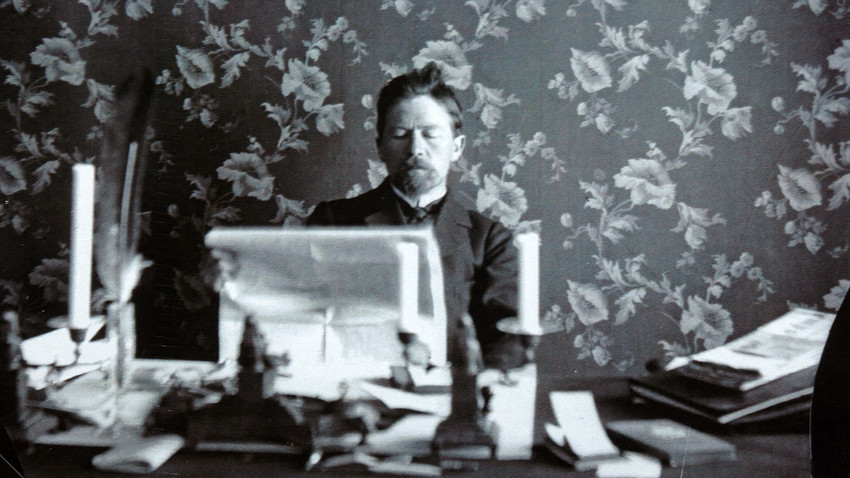 The third crate opens. The wolf is lying still. It won’t go anywhere even when the whip cracks in front of it. At last the wolf clambers to its feet in a weary, defeated manner, dragging its hind legs as if hamstrung… It looks around… There is no escape. But it yearns to live! It wants to live as much as anyone, as much as any of those who are sitting in the gallery, taking in the blood sport and revelling in the wolf’s teeth-gnashing ordeal. It tries to run, but to no avail. Svechin’s hounds grab and snatch at its fur, the huntsman drives the dagger through its heart, and – vae victis![3] – the wolf falls, taking its poor opinion of humanity to the grave… How man has shamed himself before wolfkind with this quasi-hunt! Hunting on the steppes or in the woods is a different matter, where the wolf’s ability to fight back, to defend itself and to run away, slightly excuses man’s bloodlust…

“Might as well knife them right there in the crate! Some hunt this is! What a disgrace!”

“You, why must you be so loud about things you don’t understand? You’ve never been on a hunt, have you?”

“Then why are you being so loud? What do you know? You think it’s better to let the wolf have a shot at the dogs, risk it mauling them? Is that what you think? Is it?”

“But listen! What entertainment is there in seeing a wolf knifed to death? The dogs don’t even get to run properly!”

“Whose dogs are those?” a barin[4] in a raccoon fur coat demands to know, in a frenzied voice. “You, boy! Go find out whose dogs those are!”

“And that dog over there?”

Now there is another outcry of “You might as well have knifed it in its crate!” The crowd is not pleased that the wolf has been knifed to death so soon… First, the wolf should have been chased around the arena for an hour or two, being bitten by the hounds and trampled by the horses, and only then would the stabbing have been timely… As if it is not enough that the animal was hunted down and captured once before, and then had spent weeks in captivity!

Stakhovich’s pack with their huntsman takes the next wolf alive… The lucky wolf goes back into the crate. Now a wolf jumps the barrier. Dogs and huntsmen chase it down. Had the wolf managed to escape into town, what a splendid baiting Moscow would have witnessed on her streets and in her alleyways!

The intermissions are filled with the tedium of waiting. The crowd laughs and (would you believe it?) shouts “bravo!”, for the crowd has taken a liking to a little shabby horse, which drags the now-empty crates from the middle of the arena back to their previous position. The horse is not so much walking as hopping along, a motion that extends from its legs to its entire body and, most of all, its head. The crowd finds this entertaining, and roars with delight.

What a lucky little horse! Has it ever dreamed of receiving such applause? Are its parents proud?

Now there is a staccato barking, and the next pack of hounds appears in the arena… A large wolf is proffered to them. Some of the hounds are ripping the beast apart, while the rest of the pack, kept on a leash, can only yelp in frustrated envy.

Nikolay Yakovlevitch bows to the crowd with more flourish than an actor at his benefit performance.

A small crate is brought to the middle of the arena, and a pretty little fox is let out. The fox takes off running… the hounds take off after it. No one sees where the dogs run the fox down.

“It’s escaped,” the crowd cries. “The fox has escaped! You let it escape!”

Nikolay Yakovlevitch appears with the fox’s body in his hands, to the crowd’s momentary embarrassment. It takes a lot of men and time to restore order to the pack. These hounds are so unruly, and they have such poor discipline… The crowd’s opinion of the hounds is low.

Even though the crowd is freezing, everybody is immensely pleased; the ladies are thrilled.

“Things are so much better abroad,” a woman says. “They have bull fights and cock fights in other countries… Why don’t we have that in Russia?”

“Because, my lady, they have fighting bulls abroad, which are not found in these parts,” the old man in the peaked cap informs her.

Finally, the last wolf is released. It is slaughtered, and the crowd disperses for home, still arguing about the strengths and weaknesses of each hound.

The moral is as pathetic as can be. It would seem that the whole point of the spectacle was to give the ladies a thrill, and nothing more! The takings, though, exceed a thousand roubles, but I dare not think it was all about profit. The takings may offset the expenditure… but nothing can offset the small ruptures that this baiting spectacle has, quite possibly, inflicted on the young soul of a certain boy from the local gymnasium…

[2] A unit of length formerly used in Imperial Russia, equivalent to 7 feet (2.14 meters)

[4] ‘Barin’ means “a wealthy nobleman”; a term that was commonly used in Imperial Russia.