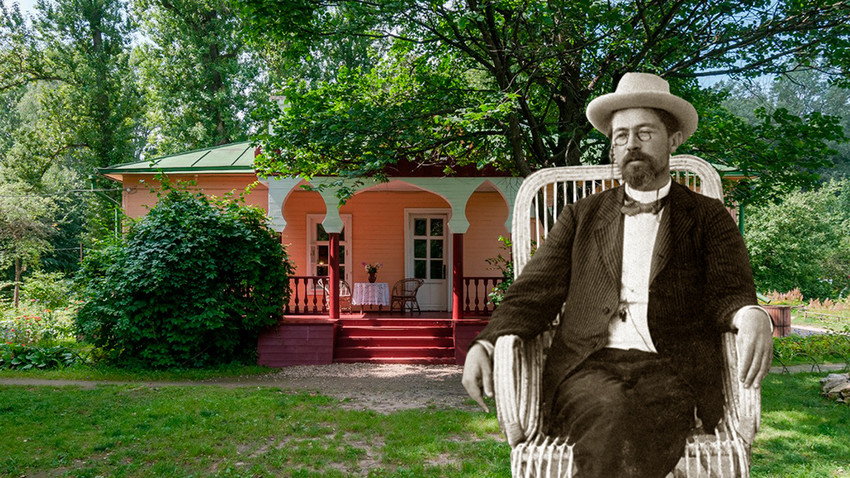 Vadim Razumov, Sputink
Anton Chekhov lived at Melikhovo from 1892 to 1899, and not only wrote some of his most famous works there (the short story Chamber No. 6, and the plays The Seagull and Uncle Vanya), but also worked as a village doctor, laid a telegraph line, and built several schools.

1. Anton Chekhov was a doctor by profession. Having settled in Melikhovo, he set about providing free medical care to local peasants, and even turned a wing into an outpatients’ reception room. Since peasants had no chance of affording medicines, Chekhov provided them for free. A special plot in the Melikhovo garden was given over to growing medicinal plants.

2. The severe cholera epidemic of 1892 passed Melikhovo by, perhaps due to the good health care that people in the village received. But the disease afflicted neighboring villages, and Chekhov did not turn a blind eye, offering his services to local doctors. As a sanitary inspector, Chekhov served 26 villages, four factories, and the Davidova Pustyn Monastery. 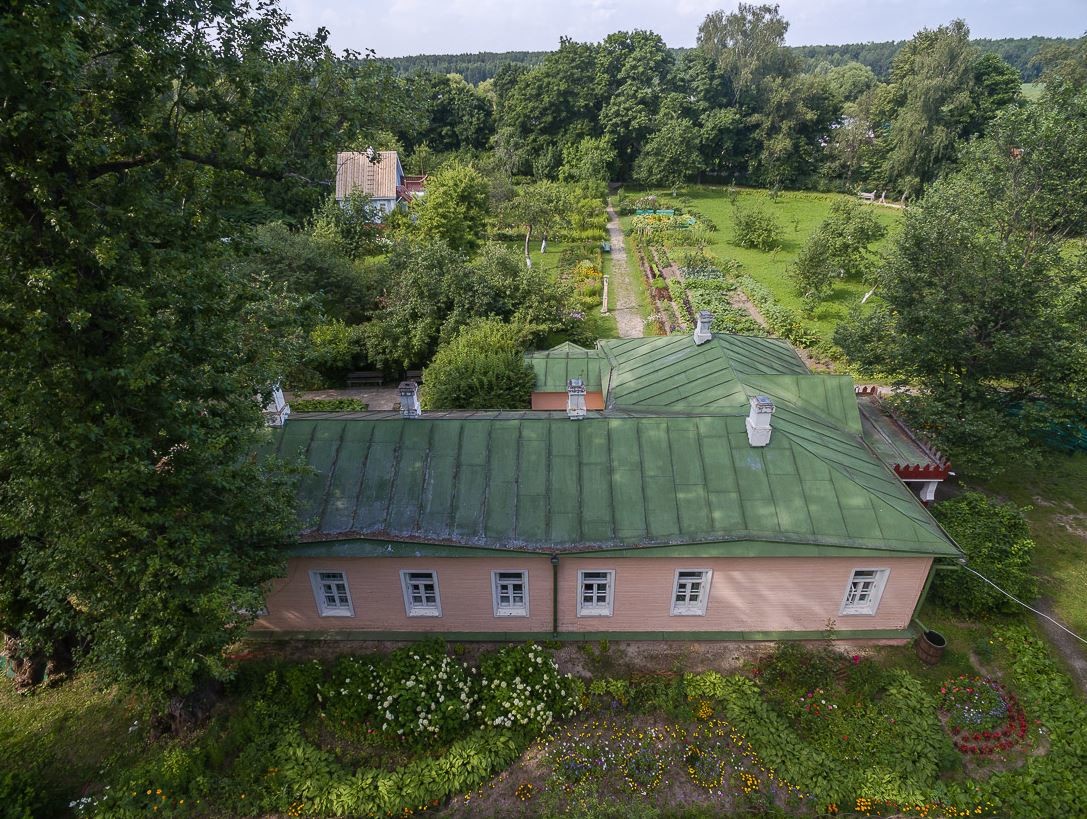 3. Chekhov allocated funds for the construction of three schools in Melikhovo, all of which were considered exemplary. The educational establishments he built were spacious wooden houses with high ceilings (3.5 meters). Two of the three schools have survived to this day in good condition. They continued to be used as school premises until the mid-1970s, before being converted into a museum. A literary exposition devoted to Chekhov’s characters is on display at the former Chekhovian school in the village of Novoselki. The building was constructed in 1897.

4. Anton Chekhov is also to thank for the development of telegraph communications in and around Melikhovo. It was due to his efforts that a new district post office was built – a campaign to collect signatures for a petition to the Moscow postal and telegraph service got underway in 1893. That was followed by a fundraising event organized by philanthropists. The opening of the post office took place on January 2, 1896. And by October 1 that same year, a telegraph line was in operation. Postmaster A.V. Blagoveshchensky personally invited Chekhov to the opening of the telegraph line at the post office. 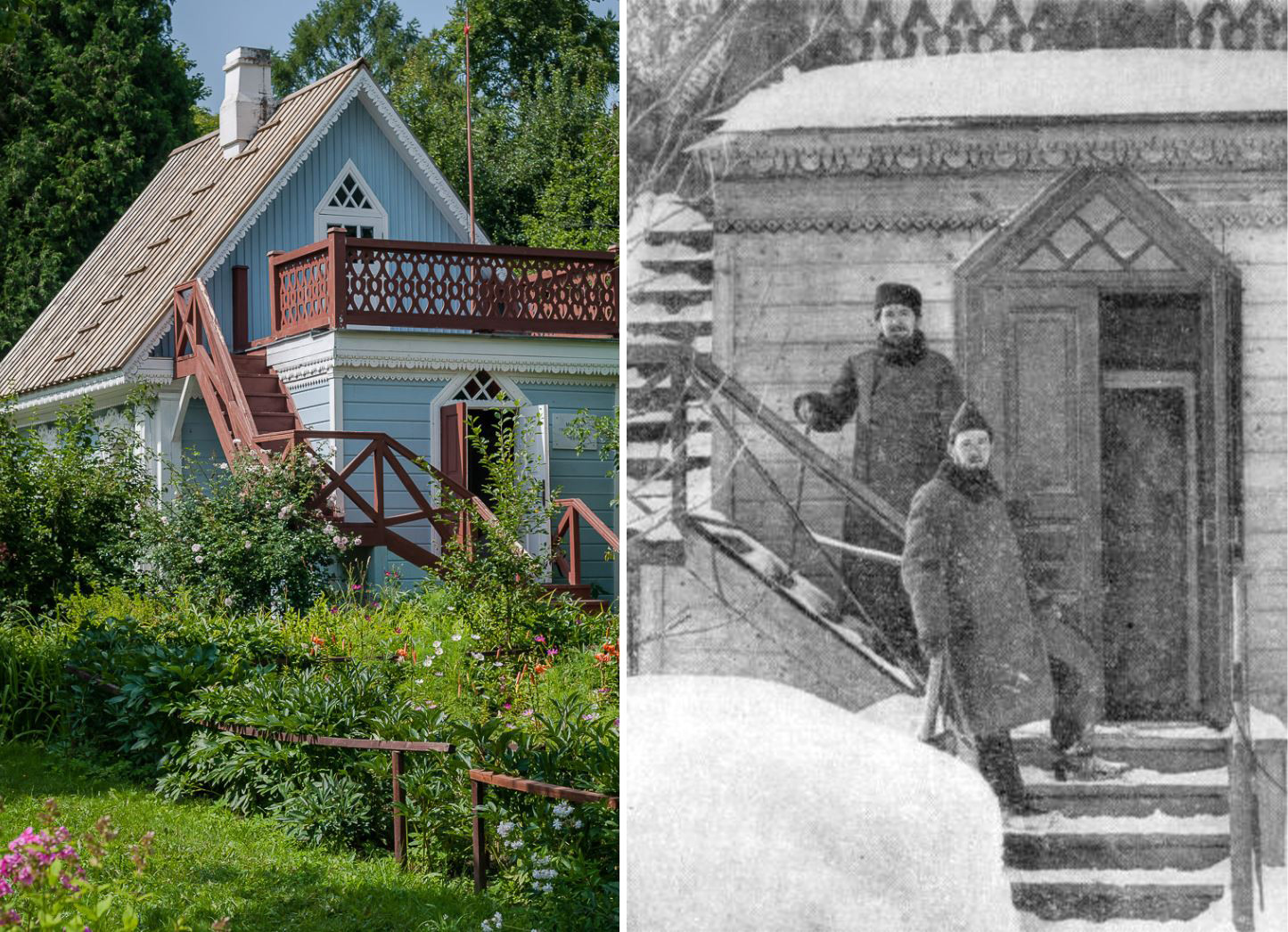 A wing where Chekhov wrote 'The Seagull'; Anton Chekhov and his brother Mikhail,1895

5. During the Russian census of 1897, Anton Chekhov assumed the role of overseer. As well as supervising the work of 15 copyists, he himself went from house to house. Peasant houses had low lintels, and Chekhov, a tall man, had to constantly stoop. As such, he grew tired of such work. Nevertheless, Chekhov was awarded the “For Services to the First General Census of 1897” medal. 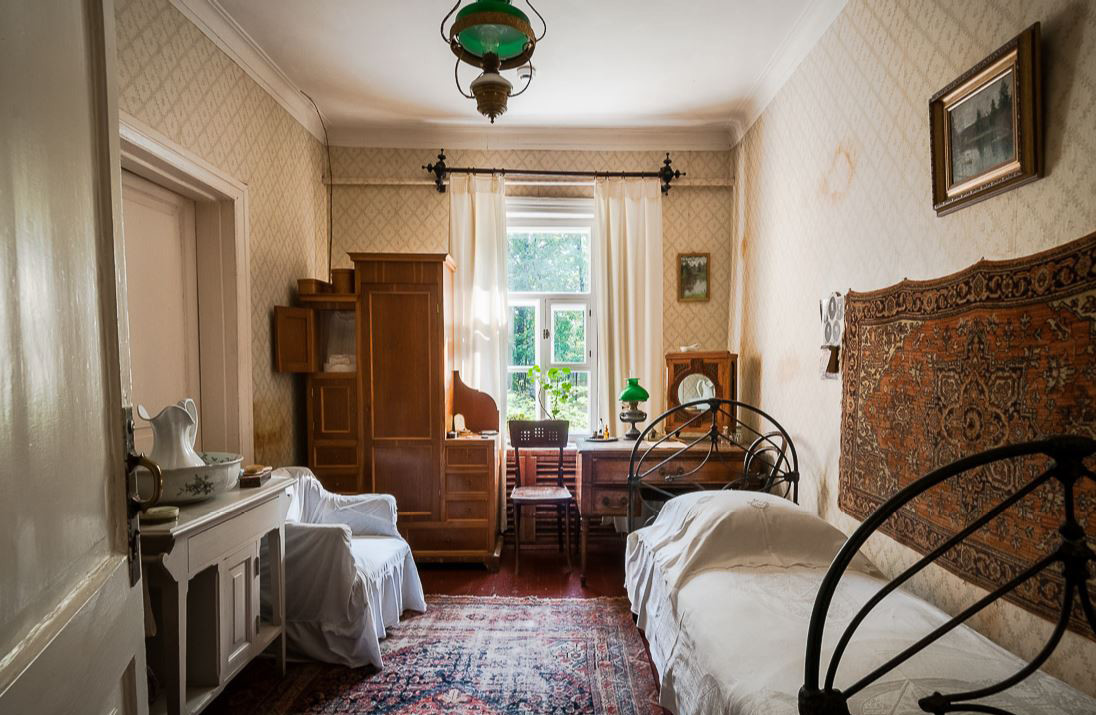 6. Artist Isaac Levitan, a friend of Chekhov, often visited Melikhovo. Levitan painted the estate on canvas, notably in the work Melikhovo in Spring. Visitors to Melikhovo can see “Levitan hill” – the artist’s favorite spot from where to sit and paint. The “hill” in question is an artificial mound next to a pond. 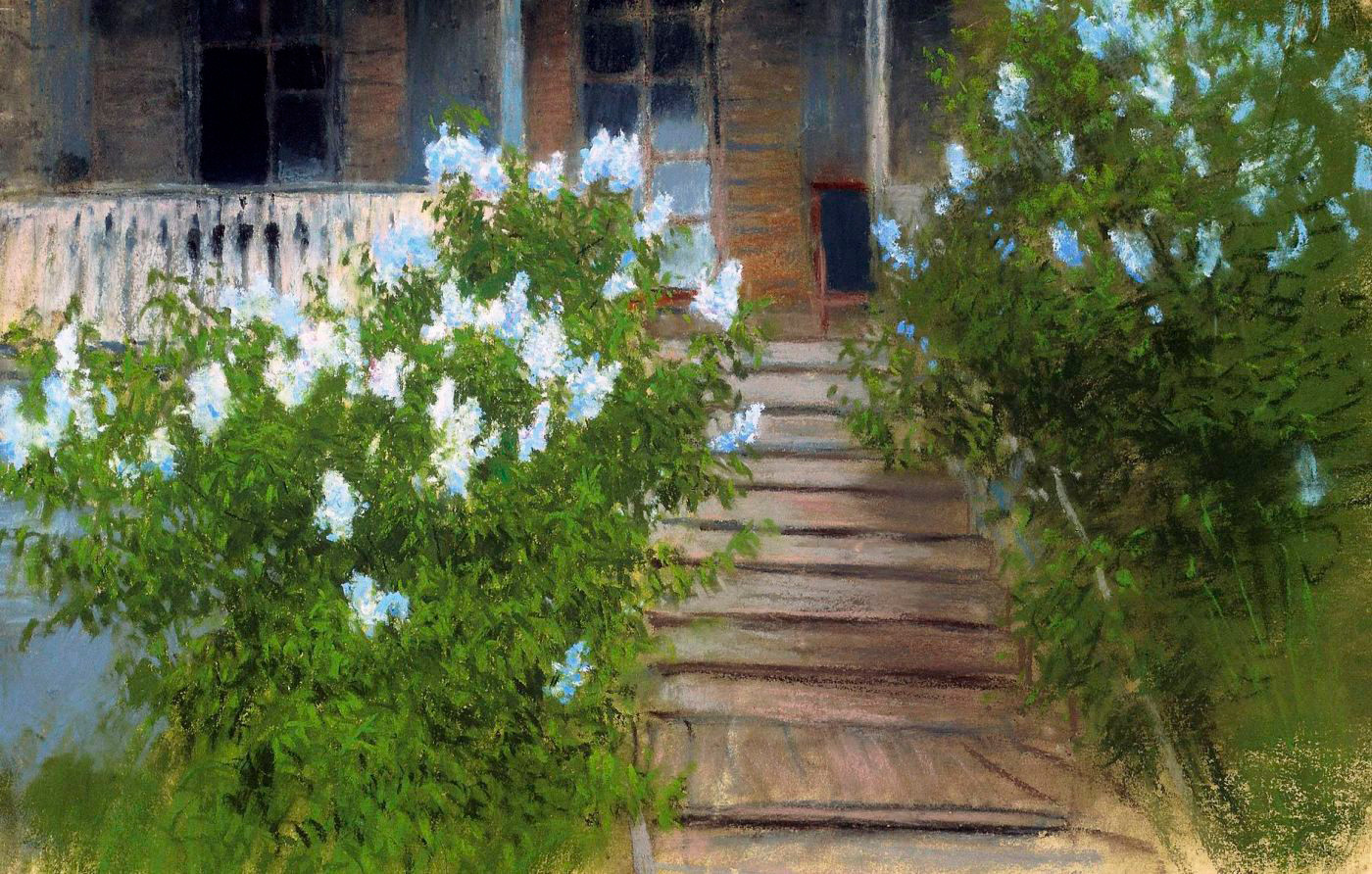 7. Another frequent guest at Melokhovo was Lika Mizinova, the model for the character Nina Zarechnaya in the play The Seagull. Lydia (Lika) Mizinova taught at a girls’ school together with Chekhov’s sister Maria, who introduced Lika to her brother. Chekhov and Lika had a trusting relationship, and often strolled along the Melikhovo path known as “love alley.” 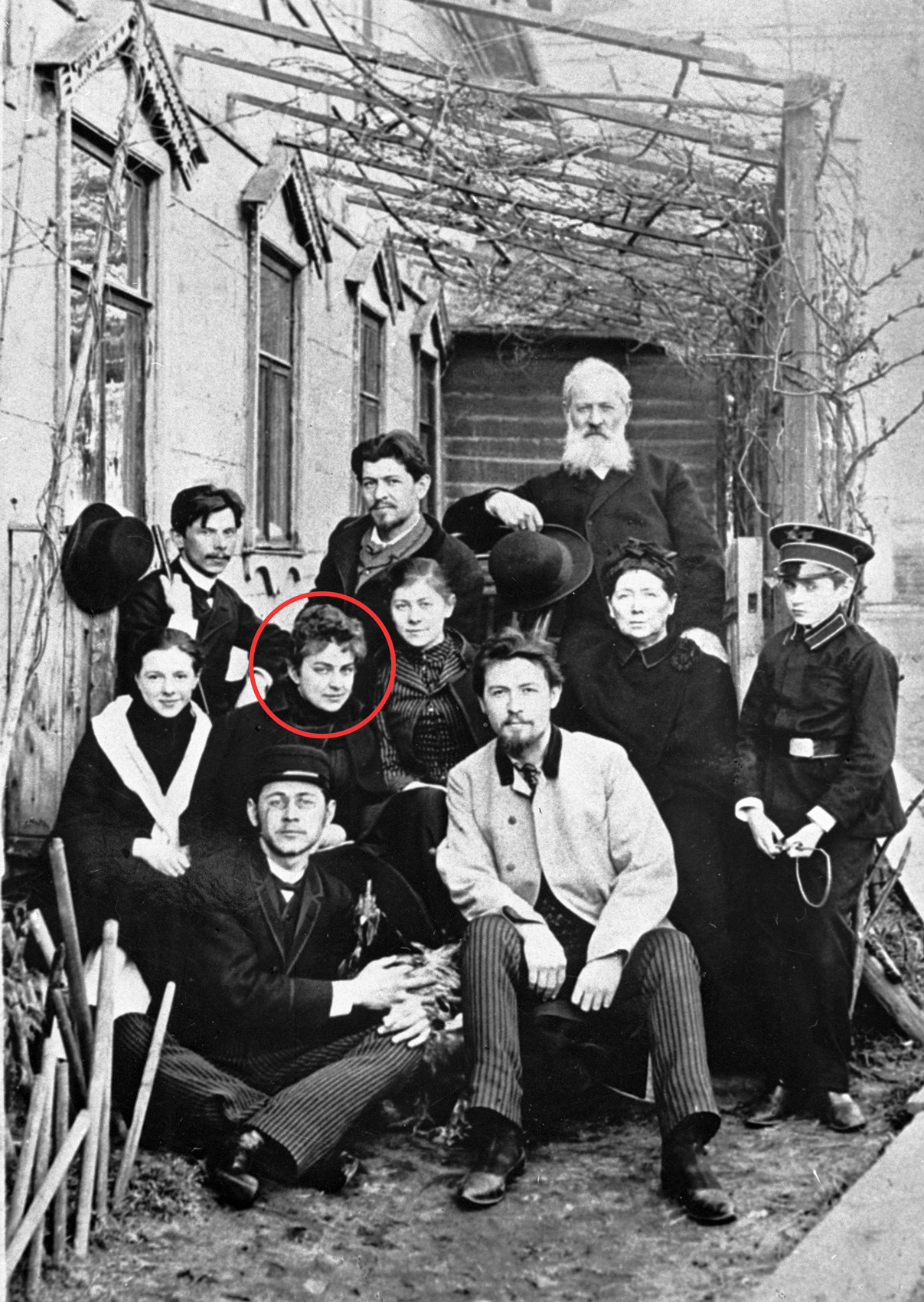 Anton Chekhov with family and friends. Highlighted in the red cirle - Lika Mizinova

8. One of the best sources of information about life at Melikhovo is the diary of the writer’s father, Pavel Chekhov. In it, he focuses on everyday events and details. Born into the family of a peasant who had redeemed himself from serfdom, Chekhov Sr. rose to become a merchant of the third guild (the lowest rung), before going bankrupt.

9. Chekhov paid special attention to the natural scenery at Melikhovo, having new flowers and trees brought in specially. One spring, he planted over 100 lilac bushes. Guests especially liked to visit Melikhovo in springtime, when the lilac and fruit trees were in bloom and exuding aroma. The kitchen garden with plants more typical of warmer climes (asparagus, artichokes, kohlrabi) Chekhov nicknamed the “South of France.”

The wing and veranda

10. The first director of the A.P. Chekhov Museum at Melikhovo was Yuri Avdeev. He held the position from 1952 to 1987. During his tenure, all the estate buildings were restored, including those damaged during the WWII, and an extensive collection was made of the writer’s documents, manuscripts, and personal belongings. Avdeev himself was a talented artist who drew many landscapes and portraits. 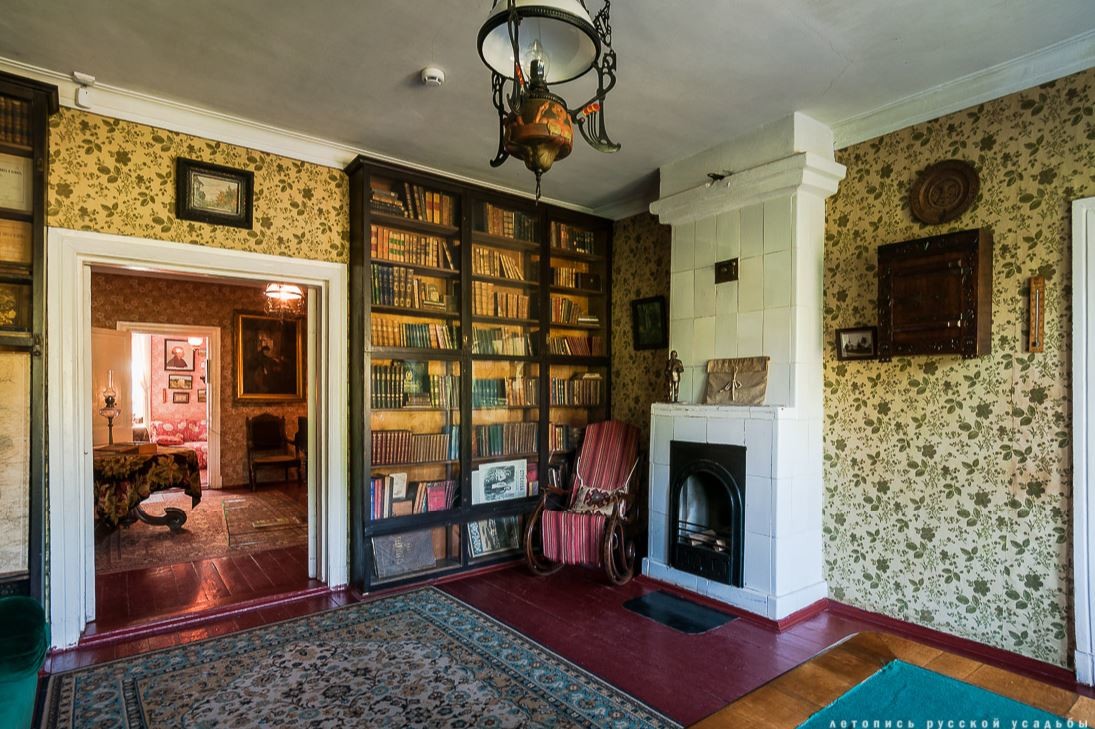 Read more: 7 reasons why you have to read Chekhov right now