How 'Celtic' crosses appeared in Russia 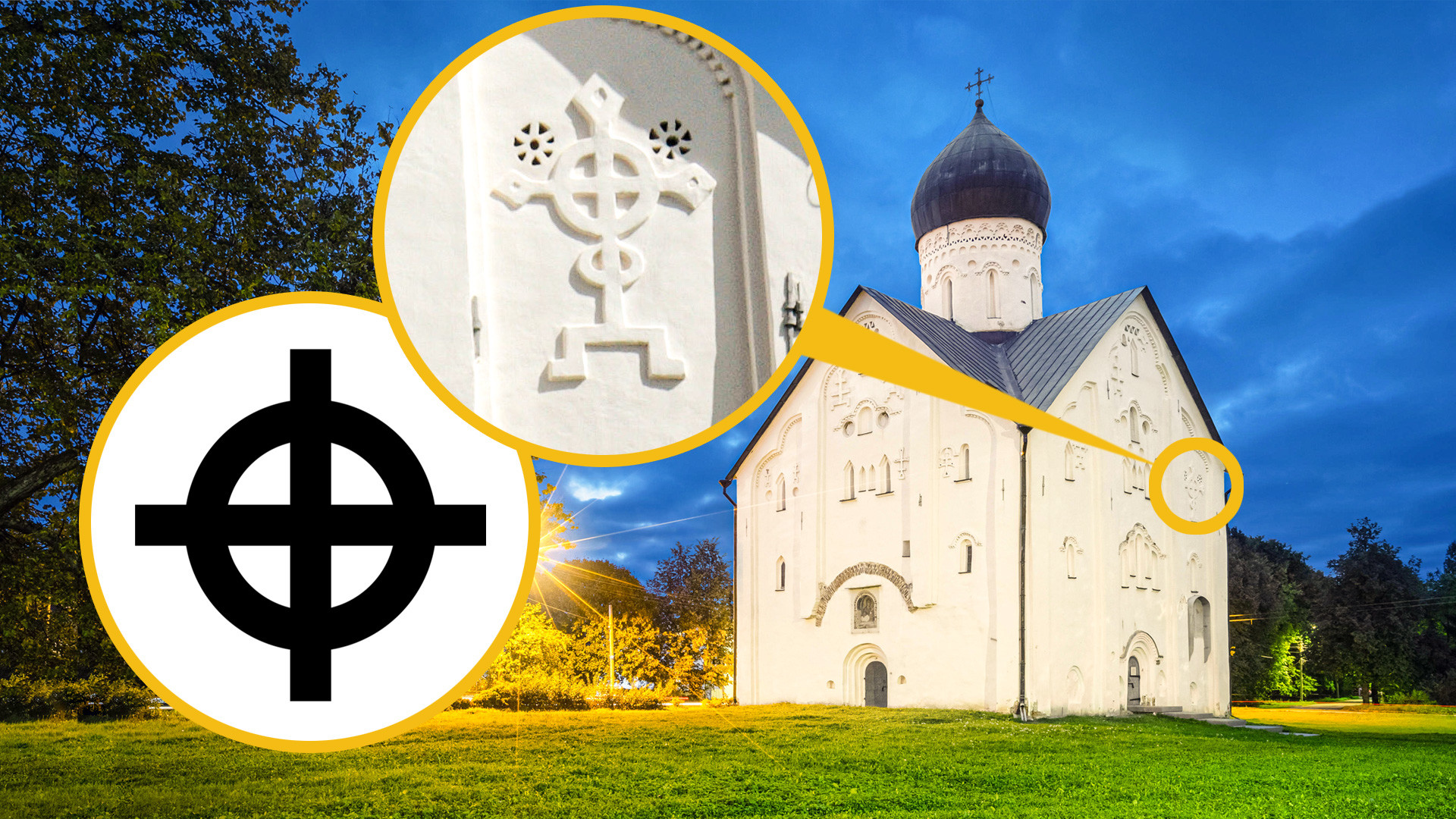 Legion Media; Sarang (CC BY-SA 3.0)
In ancient Russian cities, you can see crosses in a circle, more traditional of Celtic societies. We investigate how they got there.

In Veliky Novgorod, one of Russia’s oldest cities, some ancient stone churches are still standing. Some have a peculiar (for the Russian eye) architectural feature: crosses on the facades, partially inscribed in a circle. Recall that the standard Russian Orthodox cross consists of four lines: two perpendicular (the cross itself) plus two additional “strokes.” 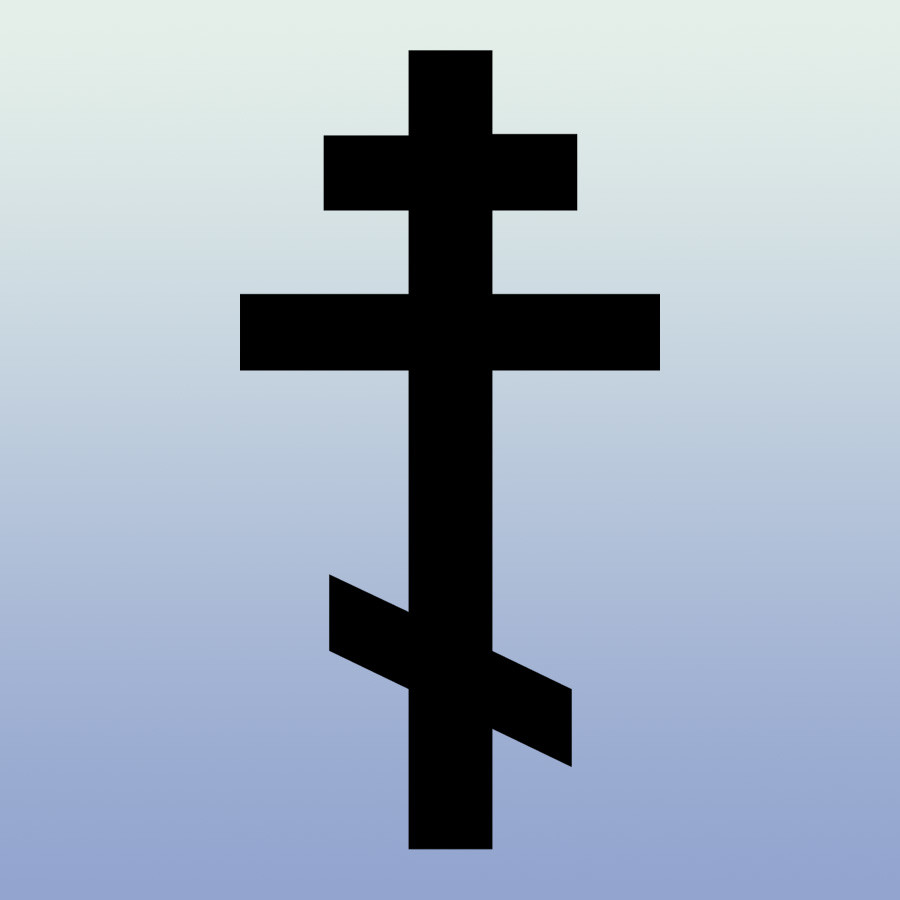 What’s interesting is that these “non-Russian” crosses are common in Veliky Novgorod itself, but far less so in neighboring areas, while in other regions they don’t exist at all. How did they get here?

Prior to the unification of the Russian lands into a single state in the late 15th century, for three centuries, Novgorod had stood as an independent republic with elected officials, while most other Russian polities were principalities in which power was hereditary. This explains why, in the 14th–15th centuries, Novgorod developed its own church architecture and own unique church symbols. In addition, the Tatar-Mongol invaders, who sacked many cities of central Russia, did not reach Novgorod, so the city preserved its most ancient churches bearing these symbols.

The four-pointed cross in a circle is even known in Russian as novgorodsky (“Novgorodian”). In the city, you can also find poklonniye (“memorial”; literally “bowing”) crosses inside a circle; these stand alone, sometimes on the roadside. They are often dedicated to memorable events or military victories, and can also depict biblical scenes. Sometimes they stand almost two meters high. 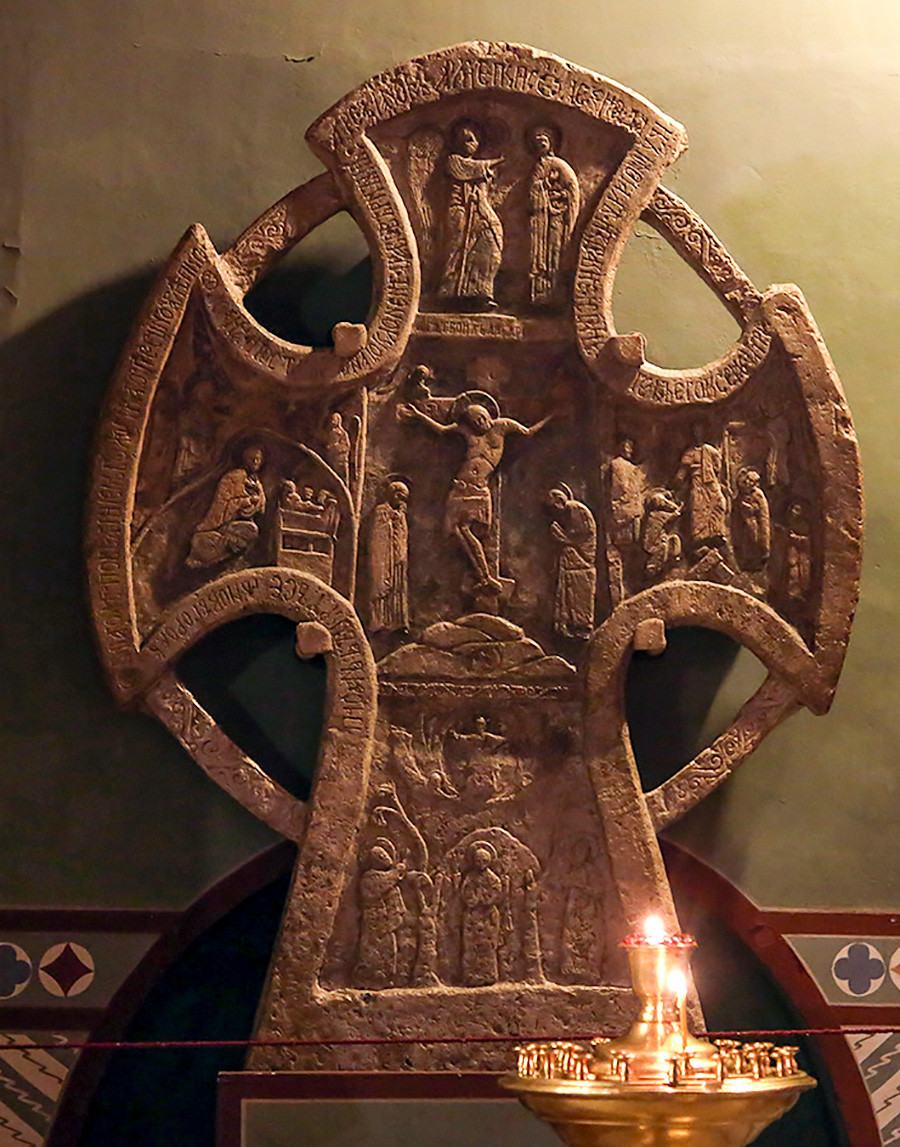 Many crosses are also set inside niches on church facades, installed in memory of the dead. 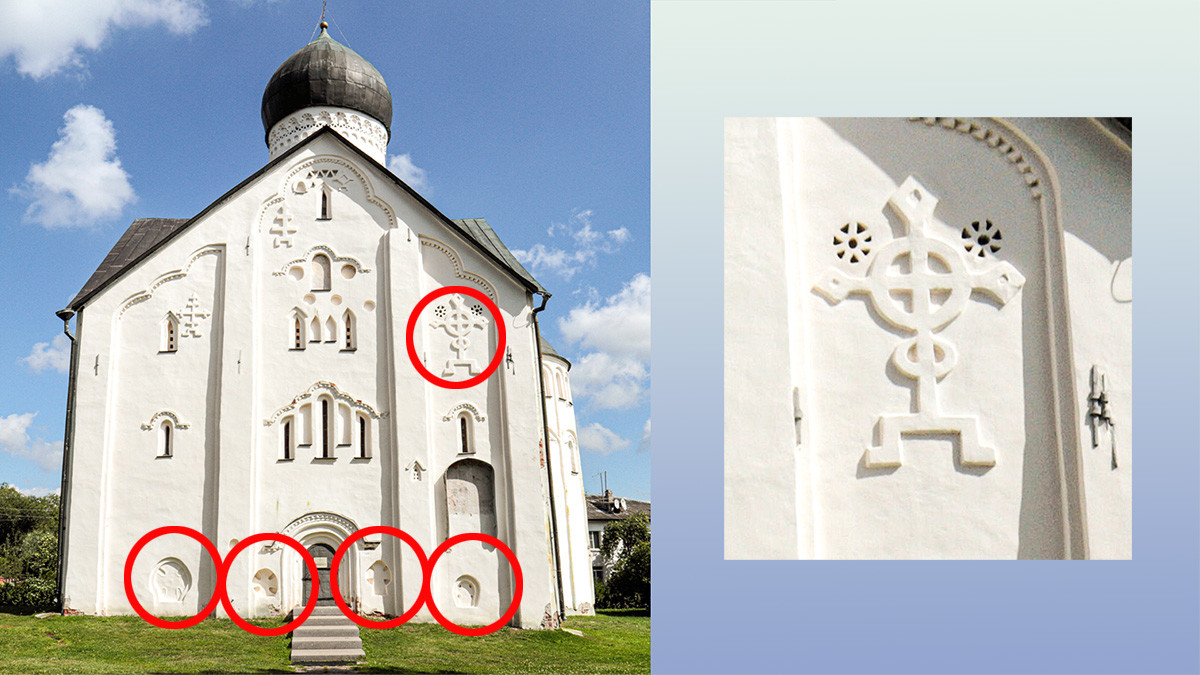 To many, the design resembles the familiar Celtic crosses that spread throughout the British Isles and France in the early Middle Ages. The circle represents the pagan symbol of the sun; such continuity was important for the Celts, who had recently adopted Christianity. 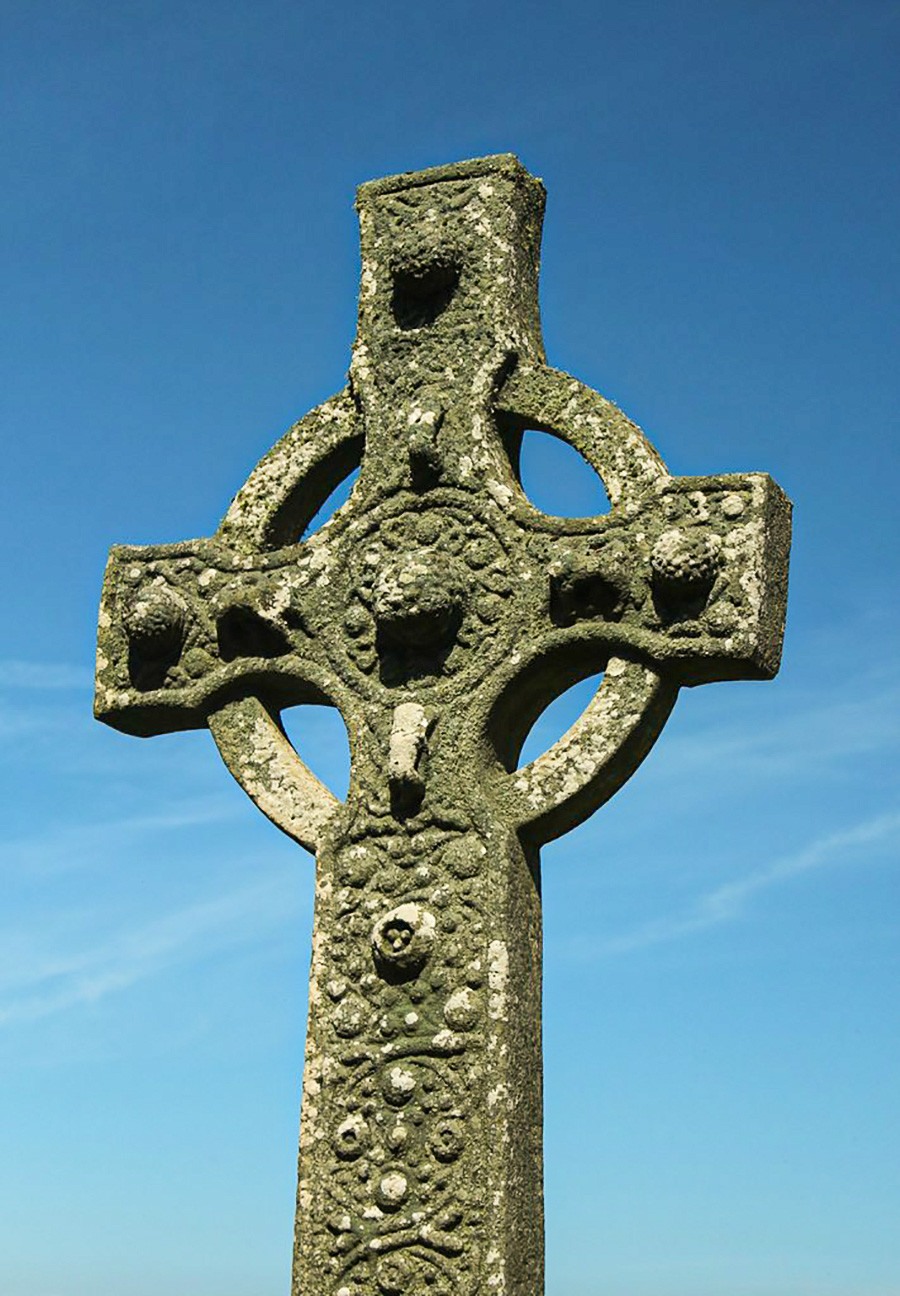 Incredible legends from various sources support the hypothesis of the crosses’ Celtic origin. One of them, for instance, suggests a Celtic-Varangian provenance of Russian statehood. According to the Norman Theory, officially espoused by historians, the East Slavic tribes called on the Varangians (i.e. the Vikings) to rule over them. Prince Rurik duly arrived in Veliky Novgorod, and his two brothers, Sineus and Truvor, went to Belozersk and Izborsk, respectively. According to the Celtic-Varangian legend, these Vikings had Celtic roots, which is indirectly confirmed by the presence of several circle-inscribed crosses in Izborsk (modern Pskov Region).

However, it is not clear why Celtic-style crosses started appearing in Northern Europe in the late 8th century, but only in the 14th–15th centuries in Russia. In addition, the “Novgorodian” cross is shaped differently to the “Celtic” one. In Novgorod, the wedges of the cross are more like blades and protrude to a lesser extent due to the cross itself. 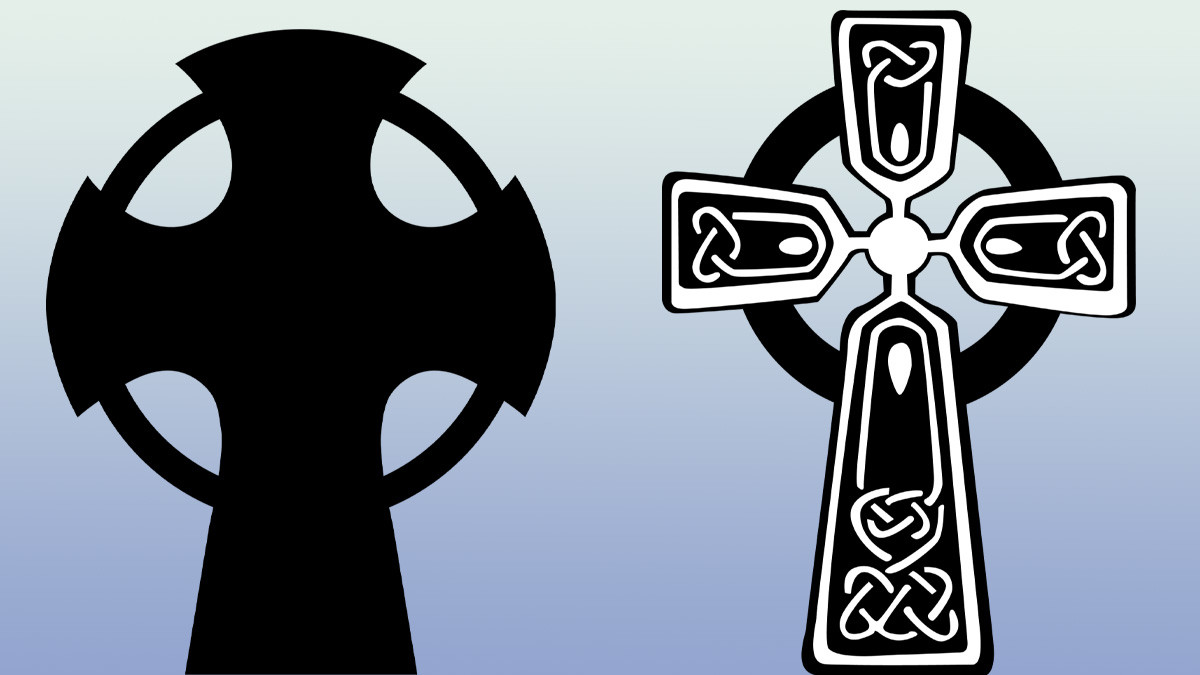 Moreover, there are varieties of “Novgorodian” crosses that are completely inscribed in a circle, not at all similar to the Celtic ones. 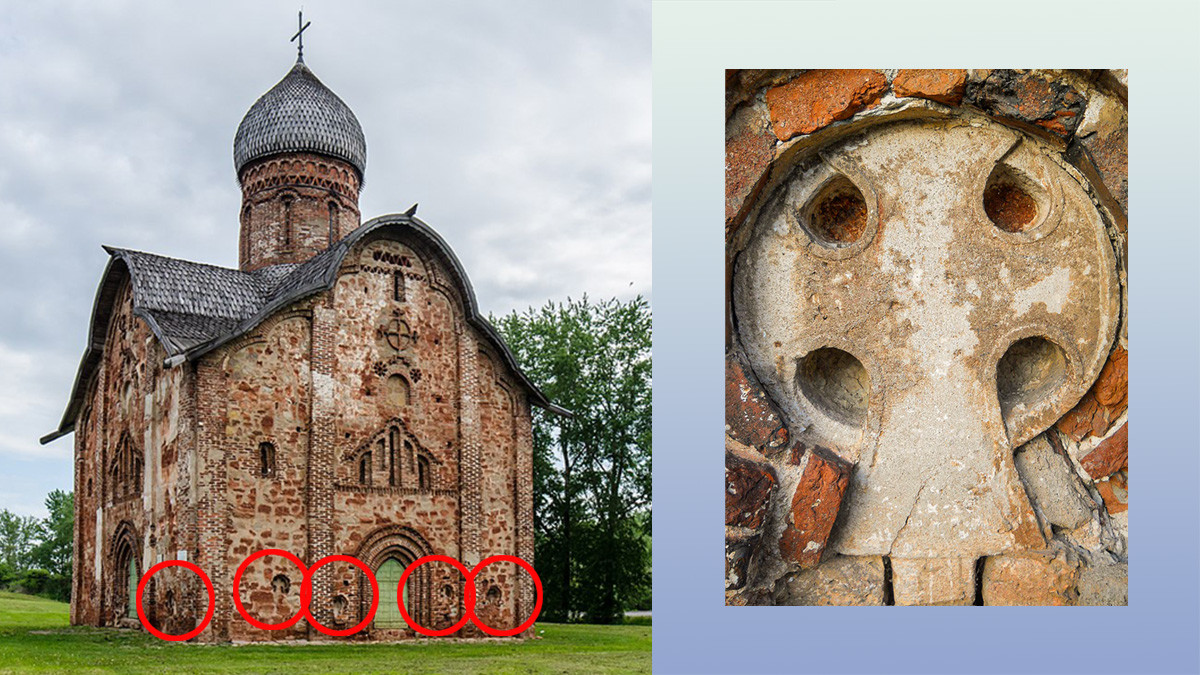 Similar crosses have also been found in the regions of Izborsk, Pskov and ​​Lake Ladoga, as well as in Europe — in the former territories of the Livonian Order. The Livonian and Teutonic orders repeatedly attacked the Novgorod lands, leading some historians to surmise that such crosses are the influence of Germanic, not Celtic, culture.

The fact that Novgorod traded with Europe as a member of the Hanseatic League (a large political and economic union of cities in north-western Europe that existed until the mid-17th century) also speaks of the influence of Germanic culture. 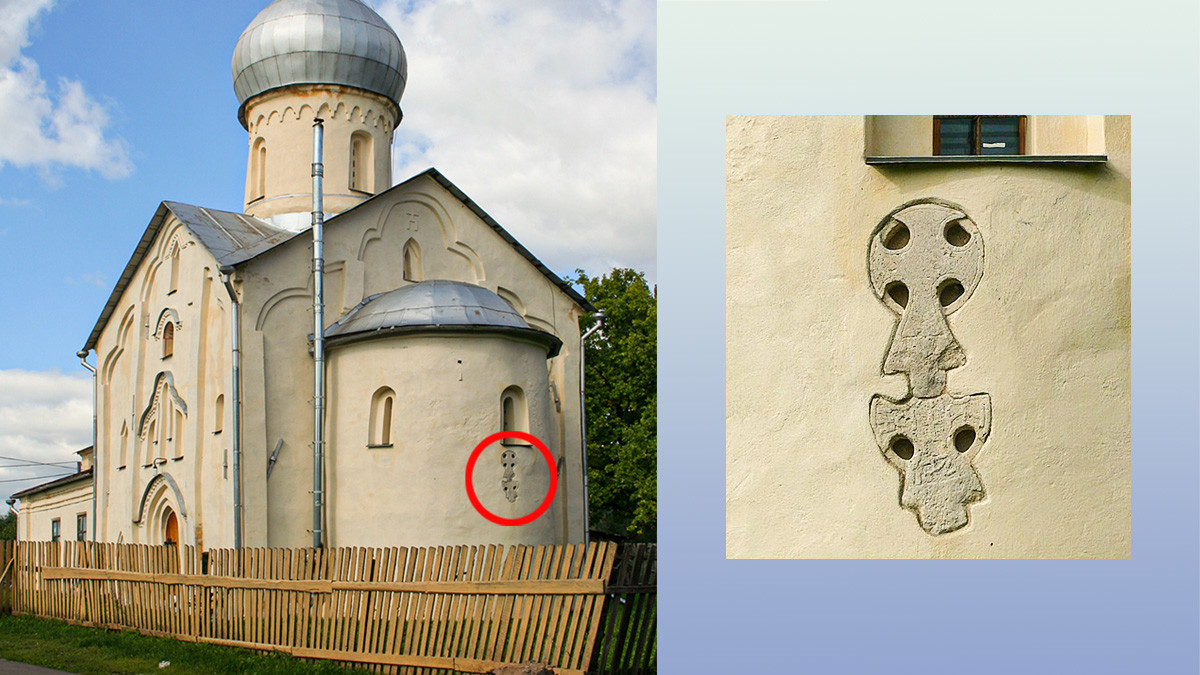 The early 14th-century Church of St. John the Evangelist with a “round” cross

That said, most researchers are inclined to believe that these crosses have nothing at all in common with the Celts or any other Western Europeans.

Historians first studied the unusual “Novgorodian” crosses back in the late 19th–early 20th centuries, concluding that they bear similarities with the tradition of Byzantium, from where Orthodox Christianity came to Russia. “The shape of [these] crosses comes, we assume, from the usual Byzantine crosses in a circle, which most likely represent a halo, or perhaps a crown of thorns,” wrote historian Alexander Spitsin in 1903. This theory is backed by modern local historians.

Incidentally, by the 16th century, the "fashion" for round crosses in Novgorod had died out: historians believe that either wars and epidemics slashed the number of master craftsmen available, or the now dominant Moscow forbade Novgorod from using its distinctive regional symbols.