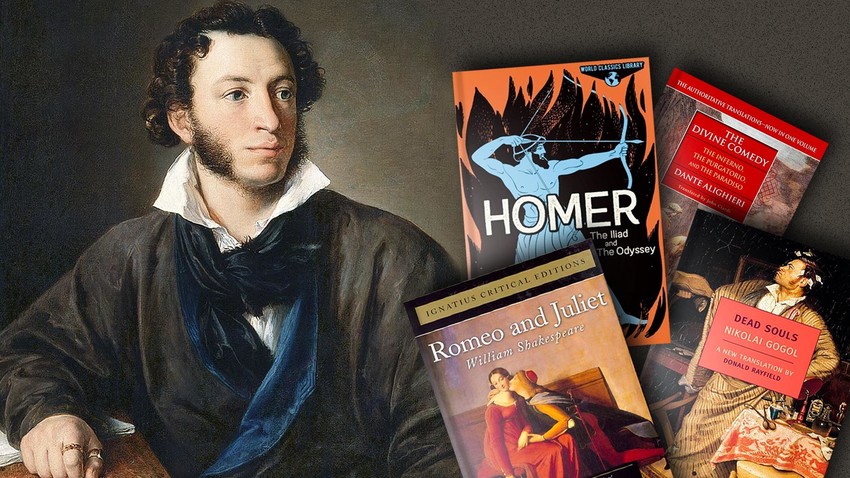 Vasily Tropinin; Pixabay; Berkley; Illustrated edition,2003; Arcturus Publishing Ltd, 2020; Ignatius, 2011; NYRB Classics; Reprint edition, 2012
Brits have Shakespeare, Italians have Dante, Germans – Goethe and the French – Rabelais, so it’s only fair that Russians have their own source of great national pride in Alexander Pushkin. “It’s our everything,” they often say in all seriousness.

Pushkin was an unapologetic bibliophile in his own right and had his own selection of favorite books and authors he loved to read and take inspiration from. We’ve listed these books here. 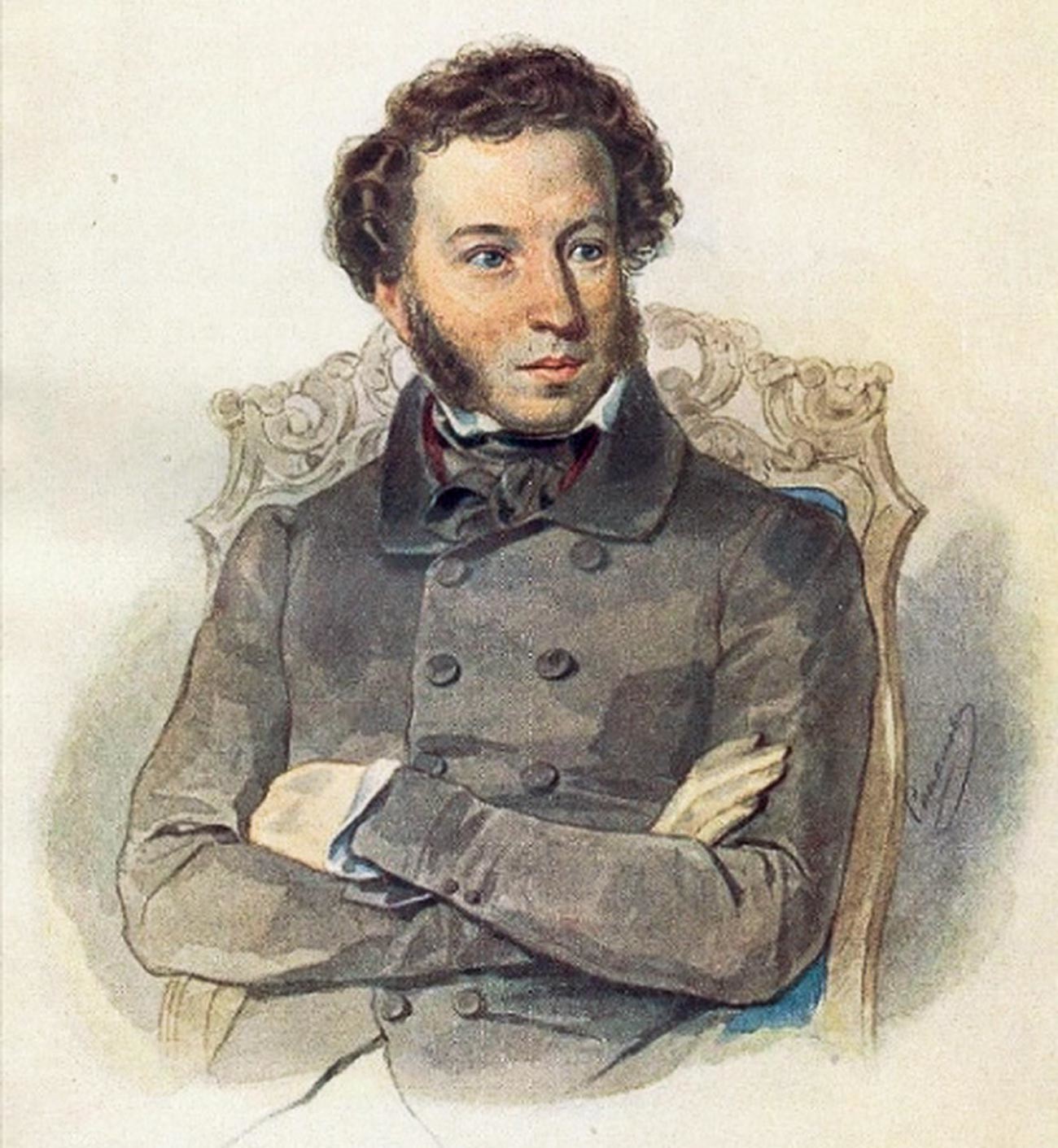 Pushkin (1799-1837) was a book person in every sense of the word. Whenever the author of ‘Eugene Onegin’ wasn’t writing a book, he was reading one. If it’s true that all books talk, it also means that Pushkin was a good listener. Reading was his lifelong passion.

READ MORE: 5 reasons to visit the Pushkin Hills where Russian literature was born

Books were part of Pushkin’s lifelong odyssey. He wrote his first works at the age of seven. As a boy, he spent hours in his father’s library, poring over French classics, biographies of the people that he admired and works by maverick philosophers, such as Plutarch. During his school years, Pushkin’s irrepressible love for classic French literature even earned him the nickname, ‘Frenchman’. He admired Diderot, Racine, Rousseau, Molière and Voltaire.

READ MORE: How Pushkin responded to critics and insults

Pushkin also had a great love for collecting books and regularly spent his last dime on new novels. The author of ‘The Queen of Spades’ said he was “like a glazier who goes to rack and ruin to buy the diamonds he needs”. In 1839, when the poet was transporting his library from Mikhailovskoye, near Pskov, to St. Petersburg, he had to order twelve (!!!) carts to fit in all of his “diamonds”. There were works by Walter Scott, Lord Byron, Johann Wolfgang von Goethe, Stendhal, Prosper Mérimée, Alfred de Musset and many, many others...

So, what books did Pushkin consider real gems of his collection?

Pushkin hailed ‘The Song of Igor’s Campaign’ as the greatest monument of Old Russian literature. You cannot step into the same river twice, they say. Luckily, books are not rivers and Pushkin easily proved that theory wrong. He reread ‘The Song of Igor's Campaign’ a thousand times, knew the epic 130-page poem, originally written in the Old East Slavic language, by heart and even intended to publish it with his personal comments and remarks. 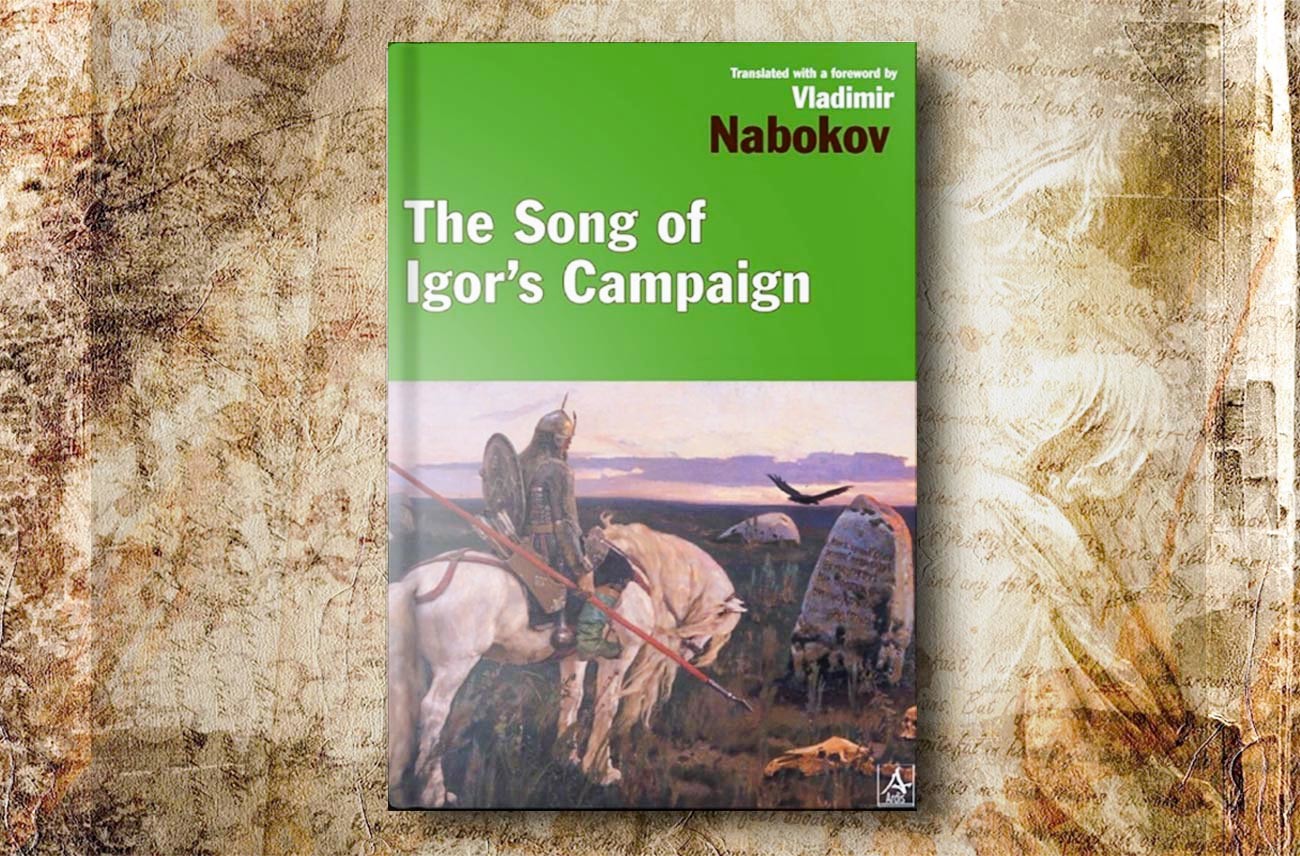 Written in the 12th Century, it focuses on Prince Igor’s doomed campaign against the Polovtsy in 1185. Ignoring the unfortunate signs of things to come, such as a solar eclipse, Igor leads his troops against the entire might of the Polovtsian steppe. His army is defeated, Igor is wounded and taken prisoner along with his family members. Despite odds stacked against him, the prince eventually manages to escape with the help of the magic forces of nature.

If you are familiar with ‘Beowulf’ and the ‘Song of Roland’, you will definitely enjoy ‘The Song of Igor’s Campaign’. Its English translation by Vladimir Nabokov saw the light of day in 1960.

2. ‘The Divine Comedy’ by Dante

Pushkin, who was often described as a buoyant man with a razor sharp sense of humor, said that reading Dante Alighieri actually soothed him. He considered the Florentine poet to be a philosopher of unsurpassed depth. 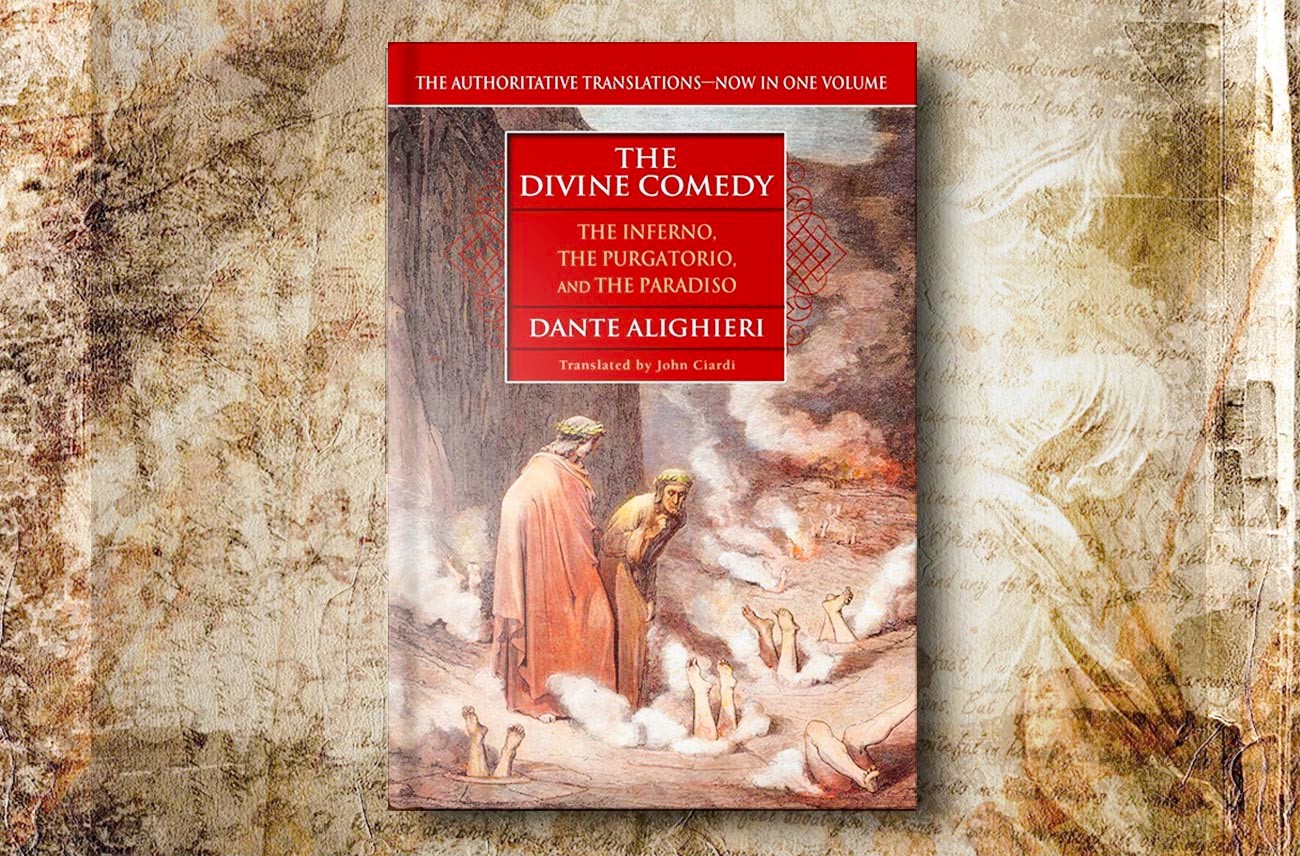 ‘The Divine Comedy’ was a poem Pushkin would come back to over and over again. “Midway upon the journey of our life, I found myself within a forest dark, for the straightforward pathway had been lost.” Pushkin recited the 14,233 lines-long verse in the original.

Completed in 1320, one year before Dante’s death, it’s the first-ever metaphysical expedition through Hell, Purgatory and Paradise.

“The vision of Dante’s Hell alone is the fruit of unparalleled genius,” Pushkin noted.

Pushkin believed that “every educated European should have a sufficient understanding of the immortal creations of stately antiquity”. He said that Homer’s poetry was “divine” and described the ‘Iliad’, composed of 15,693 hexameters, as a “monument of the ancient times”. The gargantuan Greek poem revolves around adventures of the Greek hero Achilles during the final, 10th year of the Trojan War. 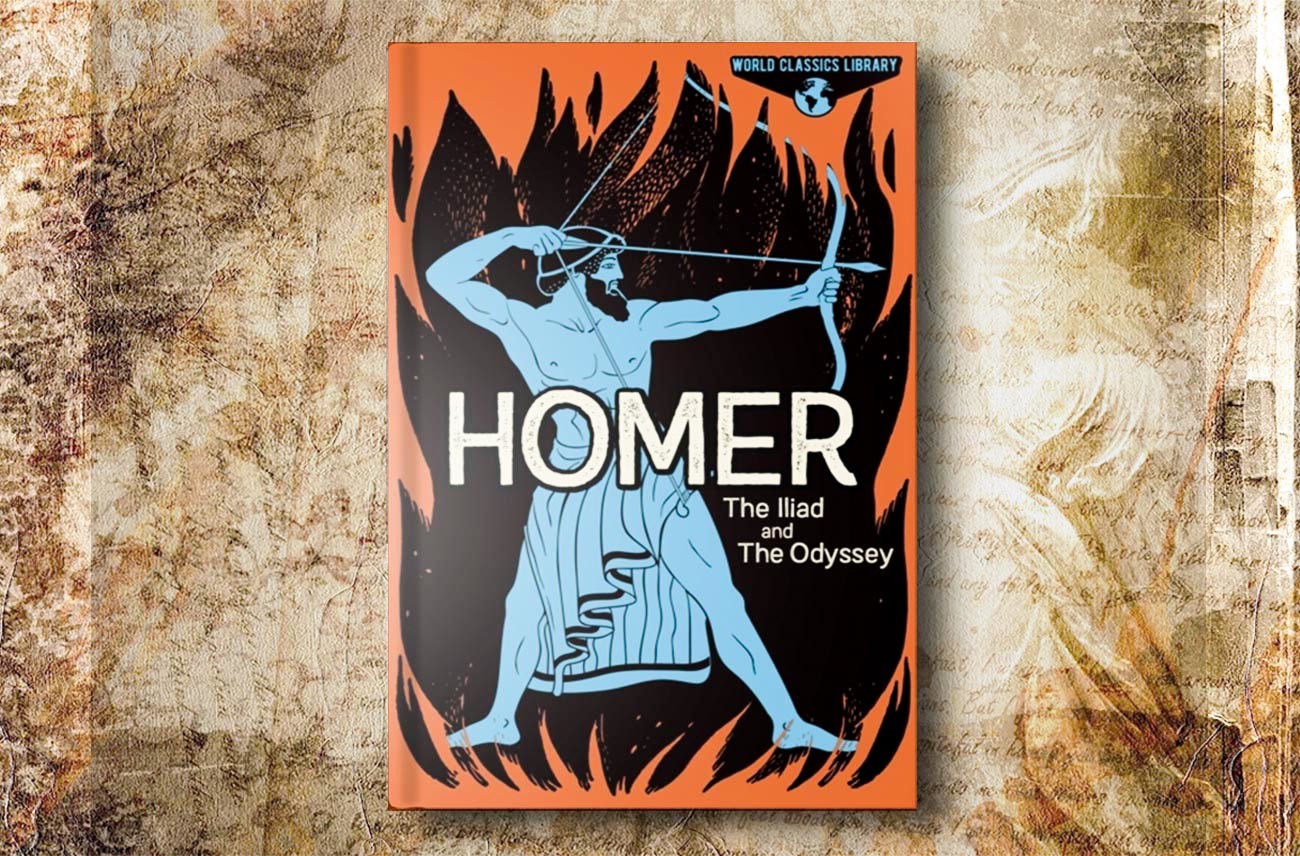 Pushkin first began to read works of Homer while still at the Imperial Lyceum. He placed the presumed author of the ‘Iliad’ and the ‘Odyssey’ above Virgil (an ancient Roman poet, best known for the ‘Aeneid’) and Pindar (the greatest lyric poet of ancient Greece).

Pushkin regarded the blind Greek bard as the greatest poet in the history of the world.

The ‘Odyssey’, probably composed by Homer in the late 8th century BC, follows the adventures of Odysseus after the fall of Troy. The iconic poem, which spans over 12,000 lines of hexameter verse, focuses on the legendary Greek hero in the aftermath of the Trojan War.

4. ‘Romeo and Juliet’ and other plays and sonnets by Shakespeare

Shakespeare’s romantic tragedy ‘Romeo and Juliet’ was among Pushkin’s favorites. “For never was a story of more woe than this of Juliet and her Romeo.”

Although the Shakespeare authorship question is still open to comment, according to Pushkin, ‘Romeo and Juliet’ is “clearly embedded in his dramatic system and bears so many traces of his loose and wide brush that it should be regarded as a work of Shakespeare. It reflects Italy… with its climate, passions, holidays, bliss, sonnets, with its luxurious language, full of brilliance and concetti,” Pushkin wrote. 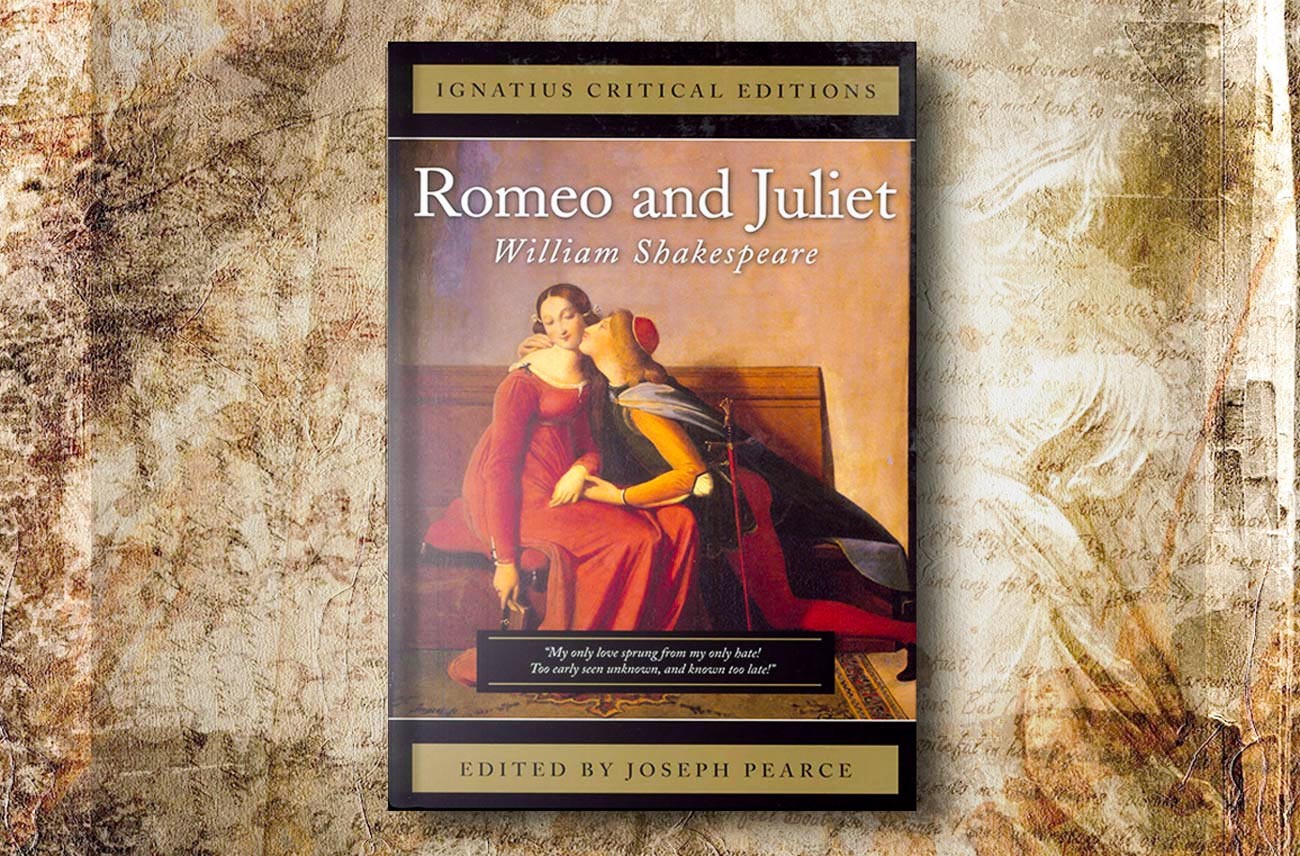 Pushkin would constantly return to William Shakespeare’s tragedies, comedies and “problem plays” for inspiration and wisdom. “I feel dizzy after reading Shakespeare, I seem to be looking into the abyss,” the great Russian poet stated.

“... but what a man this Shakespeare is! I can’t come to my senses! How shallow in comparison with him is Byron, the tragedian,” Pushkin wrote in a letter to his friend Nikolai Raevsky in 1825.

Shakespeare's influence manifested itself in a number of Pushkin’s works. The image of Brutus in Pushkin’s poem ‘The Dagger’ (1821) is associated with the protagonist of Shakespeare’s drama ‘Julius Caesar’. Tormenting jealousy of Shakespeare’s Othello was something that Pushkin’s great-grandfather Abram Hannibal had too often suffered from (‘The Moor of Peter the Great’, 1827–1829). Shakespearean allusions also come to light in the finale of Pushkin’s poem ‘Remembrance’ (1828), while ‘The creator of Macbeth’ is mentioned in Pushkin's ‘Sonnet’ (1830).

In his famous poem ‘I do not value loud rights’ (1836), Pushkin quotes Hamlet’s famous reply to Polonius’ question, “What do you read, my lord?”

Pushkin acknowledged that his tragedy ‘Boris Godunov’ was structured “according to the system of our father Shakespeare”.

In a twist of literary fate, instead of translating Shakespeare’s famous play ‘Measure for Measure’, Pushkin created his dramatic poem ‘Angelo’, which the poet himself regarded as the pinnacle of his creative flight. It wouldn’t be an exaggeration to say that Pushkin “competed” with Shakespeare on an equal footing.

Pushkin, 10 years older than Nikolai Gogol, was his mentor, advisor and close friend. Pushkin even gave Gogol ideas for future stories. Gogol listened to the author of ‘The Misery Knight’ with an open mind, followed his advice to the word and “didn’t write a single line without imagining Pushkin in front of him.” 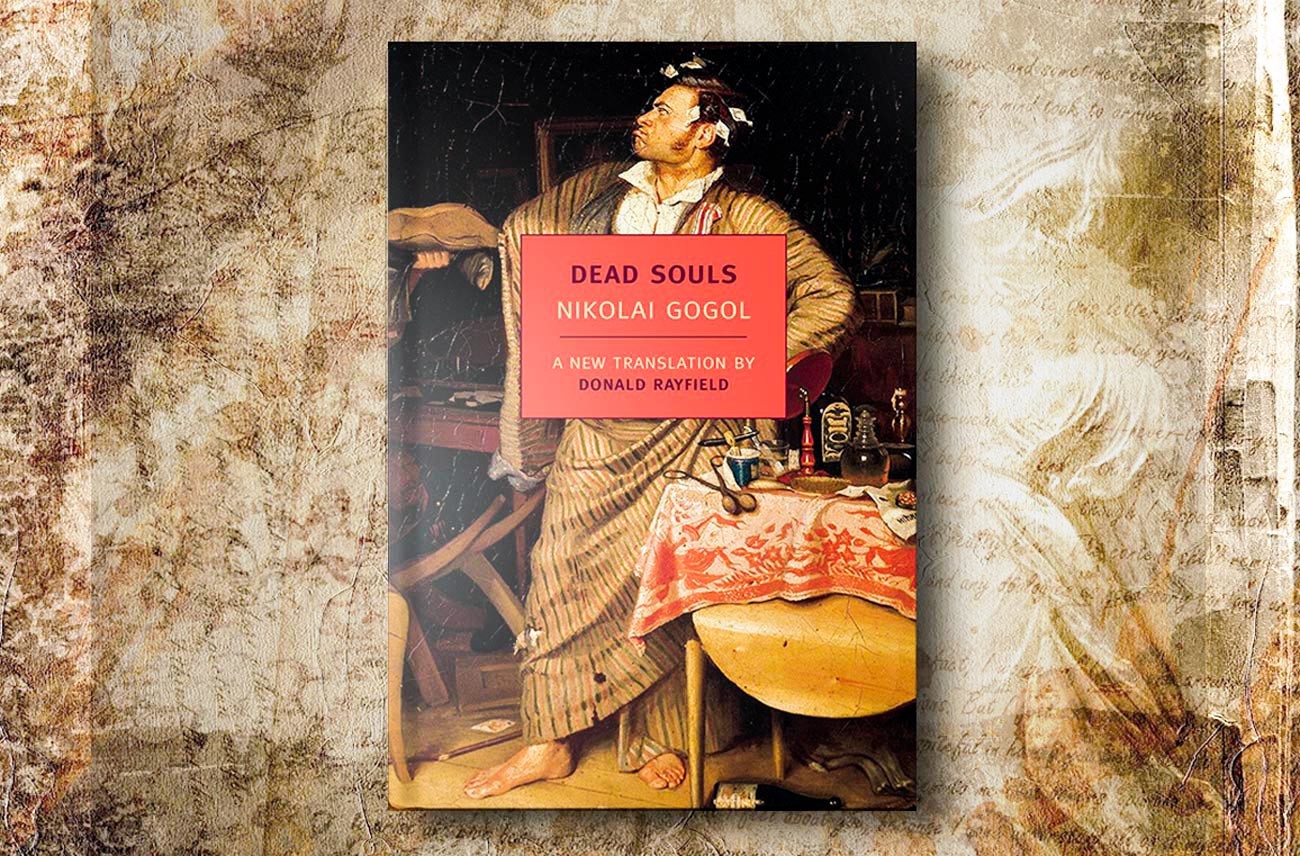 Gogol read the first chapters of ‘Dead Souls’ out loud to Pushkin. First published in 1842, the novel made a strong impression on Pushkin.

“Pushkin <...> began to gradually become darker, darker, and finally became completely gloomy,” Gogol recalled. “When the reading was over, he said in a voice heavy with melancholy: ‘Oh my God, how sad is our Russia!’”

Gogol’s masterpiece is set in the first half of the 19th century in the outback of the Russian Empire. The main character, Pavel Chichikov, is a retired middle-aged official of pleasant appearance. Cold and calculating, Chichikov knows how to make a good impression and is determined to strike it rich. Chichikov arrives in a small town in the middle of nowhere with the aim of buying… “dead souls”, the deceased peasants listed only on paper. In fact, before Alexander II ordered the emancipation of the serfs in 1861, landowners in the Russian Empire could buy, sell or even mortgage serfs. The word “soul” was used to refer to serfs when counting their exact number.

Of course, the title of Gogol’s satirical tour de force refers not so much to the deceased peasants but to the stupidity, cynicism and hypocrisy of Gogol’s lead characters – Russian landowners, bureaucrats and civil servants who are in fact the only living dead souls.