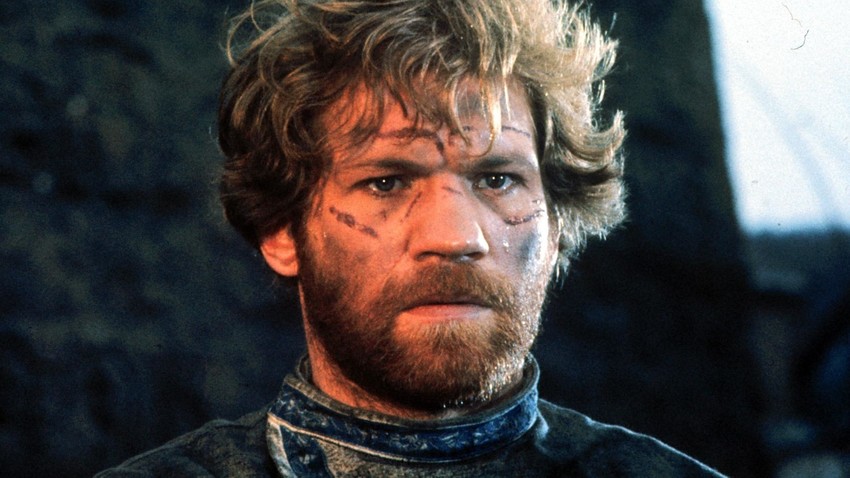 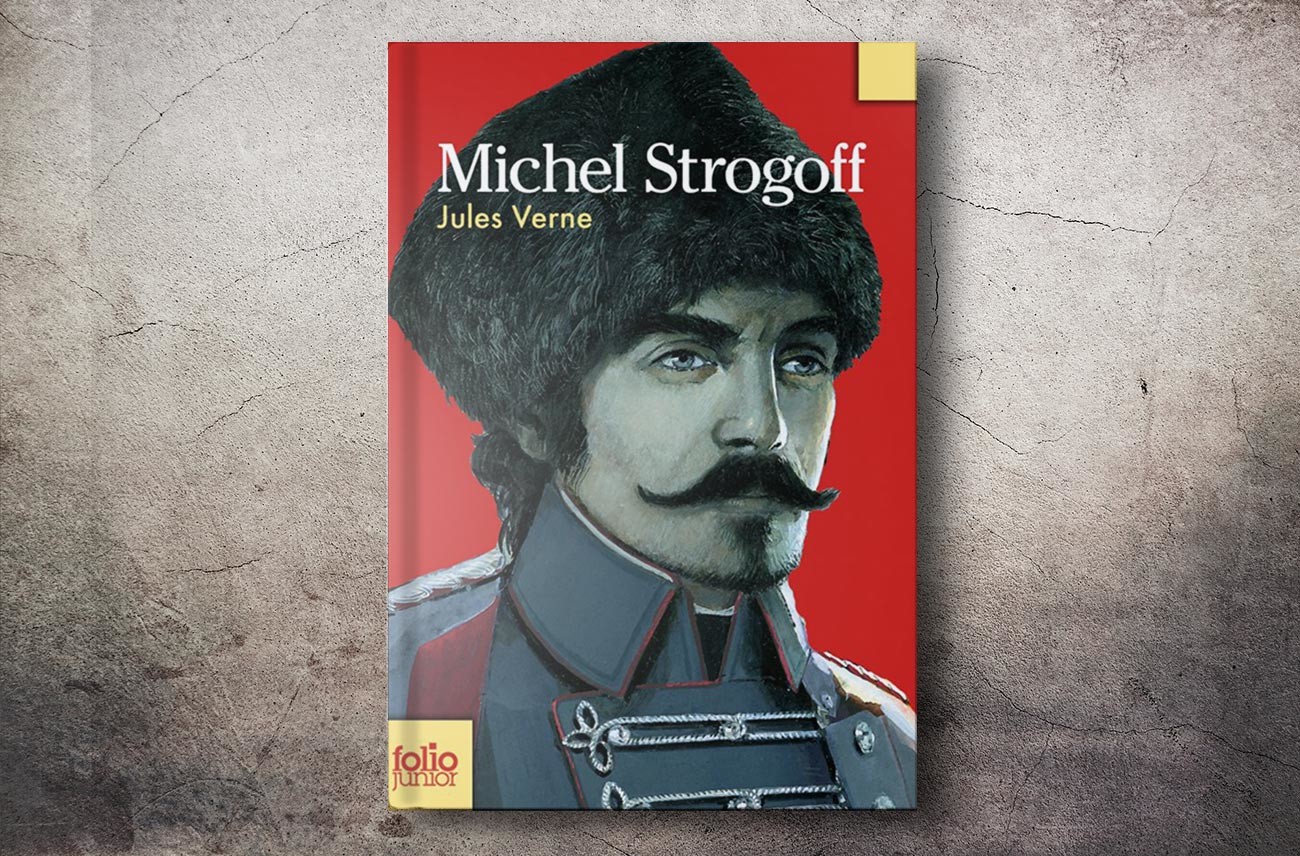 ‘Michael Strogoff’, finished in 1876, is a flight of fantasy, myth and imagination and one of Verne’s most brilliantly plotted novels. Originally entitled ‘The Courier of the Tsar’, the novel was renamed on the advice of the Russian ambassador to France, Count Nikolai Orloff.

Michael Strogoff, the main protagonist of the story, is a fictional character - the courier in the service of Tsar Alexander II. According to the storyline, Tatar Khan Feofar, a powerful ruler of Central Asia, starts an uprising in Siberia. Strogoff has to go all the way from Moscow down to Irkutsk to warn the governor of the city, who is also the tsar’s brother, of the impending conspiracy and treason against him. Strogoff will encounter many people during his dangerous voyage, including the beautiful Nadia, the daughter of an exiled political prisoner.

The author of ‘Around the World in Eighty Days’, often hailed as the pioneer of science fiction, wanted to show someone who fit the stereotype of a “typical Russian”. Strogoff is a force of nature: He grew up in Siberia, is tall and handsome and is brave enough to kill a bear without firing a shot. In a nutshell, Verne describes Strogoff as the “embodiment of physical strength”.

“He had regular and pleasant features; his thick dark hair curled a little and the kind and open look of his beautiful blue eyes involuntarily drew everyone’s attention. His chest was decorated with the St. George Cross and several medals. <...> When Mikhail was fourteen years old, he not only killed a bear, but, having skinned it, carried it several miles to the house, which clearly indicates an unusual strength for his age. The harsh upbringing that he received taught the young man to endure hunger, thirst and all sorts of hardships…”

The French novelist wrote ‘Michael Strogoff’ as a compelling adventure story, not as a sci-fi extravaganza. To find out more about the Russian Empire, Verne had discussed the views, history and problems of the Russian society with famous writer Ivan Turgenev, who often visited France. To be on the safe side, Jules Verne even sent him the manuscript of his novel for feedback and comments.

2. Russian nobleman in ‘The Fencing Master’ by Alexandre Dumas

The author of ‘The Count of Monte Cristo’ found himself in hot water right after his ‘Fencing Master’ adventure novel came out in France in 1840. The problem was, Alexandre Dumas (1802-1870) became the first European writer to depict Russia’s Decembrist revolt that broke out in December 1825. His novel, even though not 100% historically accurate, immediately came under fire from Tsar Nicholas I, who imposed a ban on the Russian translation of the novel. 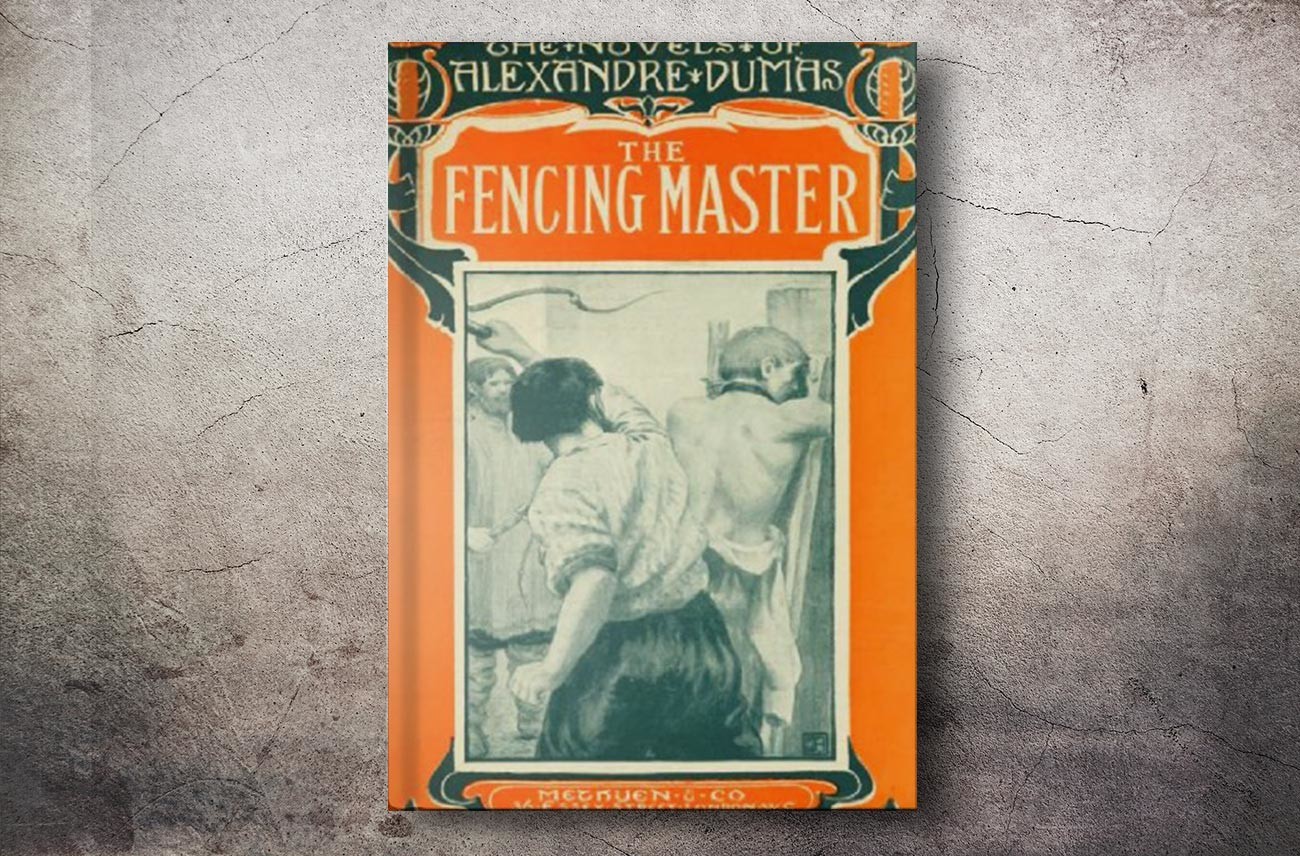 But, forbidden fruit is the sweetest and many of those who had a chance to read ‘Le Maître d’Armes’ in the original, gave a brief review of the book by word of mouth to others. The Russian translation of the novel saw the light of day only in 1925, on the centenary of the Decembrist uprising, and it’s easy to see why. ‘The Fencing Master’ is full of sympathy for the Decembrists (young Russian noblemen, members of the highest aristocratic families, who staged an unsuccessful uprising against Nicholas I).

READ MORE: All you need to know about the Russian Decemberists revolt

Writing his quasi-historical book, Dumas made good use of the stories shared with him by his fencing master Augustin Grisier, who had witnessed the Decembrist revolt with his own eyes.

Dumas’ novel was inspired by the true story of Ivan Annenkov and the love of his life, Frenchwoman Paulina Goeble, who voluntarily followed her husband, who was sentenced to 20 years at hard labor in Siberia, into exile.

Meanwhile, Dumas himself was banned from visiting the Russian Empire, but eventually traveled to Russia in 1858, three years after the Tsar’s death.

Count Annenkov, the Russian protagonist, is presented in Dumas’ novel as a person who is carried away by a utopian dream - founding a republic in the Russian Empire. “He was a handsome young man, about twenty-five or twenty-six years old, lithe and slender, with soft features, who served as a cornet in the cavalry regiment. For a long time, this privileged regiment was commanded by the Grand Duke Constantine, brother of Emperor Alexander, who was then the governor of Poland. The count was wearing a uniform adorned with military decorations.”

Annenkov is ready to go to extremes for the sake of a higher goal. He chooses his battles carefully, but when the key one is lost, the Russian nobleman doesn’t try to escape his fate, accepting it with genuine dignity and courage.

English writer Virginia Woolf (1882-1941) was far ahead of her time. One of the key modernist authors of the 20th century experimented with style and never cared about convention and comforts. Woolf was well acquainted with Russian literature and avidly read the writings by Tolstoy and Dostoevsky. 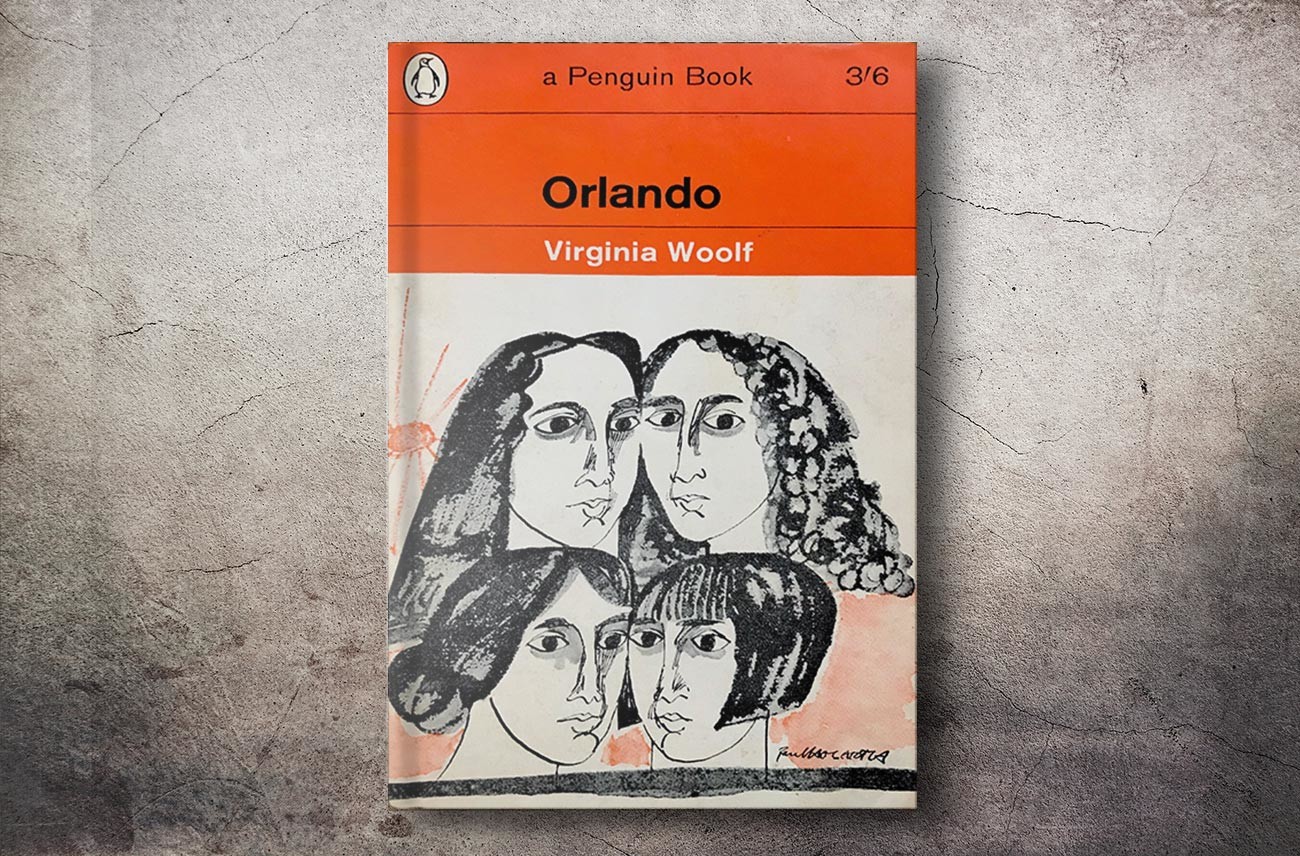 Iconic Russian writers were often mentioned in Woolf’s essays and novels, including ‘Night and Day’.

- “I confess I don’t understand the Russians.”

Woolf studied Russian and translated into English the writings by Fyodor Dostoevsky, Anton Chekhov and Ivan Bunin, as well as Maxim Gorky’s memoirs. The author of ‘Mrs. Dalloway’ also closely followed developments in Russia that unfolded in the wake of the 1917 Revolution.

READ MORE: How abolishing serfdom led to the Russian Revolution

In 1928, Woolf wrote her comic magnum opus, ‘Orlando’. Spanning three centuries, the novel begins at the end of the 16th century, during the reign of Elizabeth I, and ends at the beginning of the 20th century. The protagonist, a sensual and poetic nobleman, remains young throughout his entire life. Orlando, a favorite of Queen Elizabeth and later a cavalier at the court of Jacob I, is involved in a whirlwind romance with a charming Russian princess. This is how Woolf, a genius stylist, chose to describe her: “…But Sasha was from Russia, where the sunsets are longer, the dawns less sudden and sentences are often left unfinished from doubt as how to best end them.”

The author of ‘To the Lighthouse’ gave her Russian character the most complicated name one can possibly imagine. Needless to say, the image of the princess is far from being historically accurate.

“The stranger’s name, he found, was the Princess Marousha Stanilovska Dagmar Natasha Iliana Romanovitch and she had come in the train of the Muscovite Ambassador, who was her uncle perhaps, or perhaps her father, to attend the coronation.”

Woolf’s descriptions of Russians in general speak volumes about common stereotypes. “Very little was known of the Muscovites. In their great beards and furred hats, they sat almost silent; drinking some black liquid, which they spat out now and then upon the ice. None spoke English, and French, with which some at least were familiar, was then little spoken at the English Court.”

4. Russian thief in ‘The Big Four’ by Agatha Christie

“Very few of us are what they seem,” said Agatha Christie (1890-1976), arguably the greatest crime novelist of all time. Each of her novels proved even more puzzling than the previous one, a rich mille-feuille of unpredictable plot and signature characters. 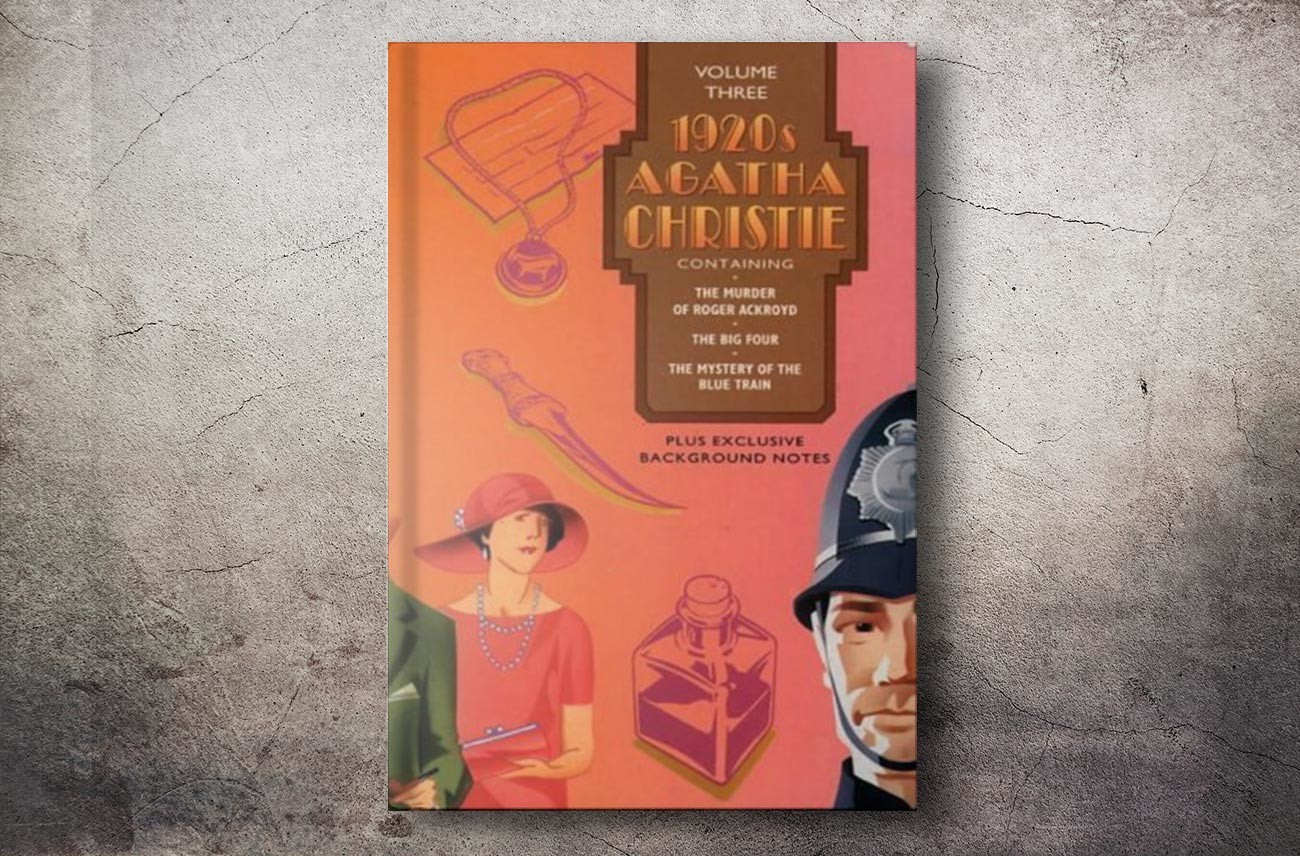 Countess Vera Rossakoff established herself as a permanent fixture in several Hercule Poirot novels, including ‘The Big Four’, ‘The Capture of Cerberus’, ‘The Double Clue’, ‘One, Two, Buckle My Shoe’ and ‘Hickory Dickory Dock’.

Her reputation precedes her. The Russian countess is an “expert thief”, who had “engineered a particularly smart jewel robbery in London…”

Even the moustached Belgian detective Hercule Poirot falls under her spell.

“Exquisitely dressed in black, with wonderful pearls, I recognized the lady first known to us as Countess Vera Rossakoff and, afterwards, under a different alias as an agent of the Big Four. Poirot, for some reason or other, had always had a sneaking fondness for the countess. Something in her very flamboyance attracted the little man. She was, he was wont to declare in moments of enthusiasm, a woman in a thousand. That she was arrayed against us, on the side of our bitterest enemies, never seemed to weigh in his judgement…”

Countess Vera Rossakoff… “a woman in a thousand”, the description that says it all.

“I stand between two worlds. I am at home in neither and I suffer in consequence. You artists call me a bourgeois and the bourgeois try to arrest me...I don’t know which makes me feel worse,” Thomas Mann was 25 years old when he penned those words for his short autobiographical novel, ‘Tonio Kröger’. That was just the beginning of his literary acclaim. In 1929, the German writer would win the coveted Nobel prize in literature. 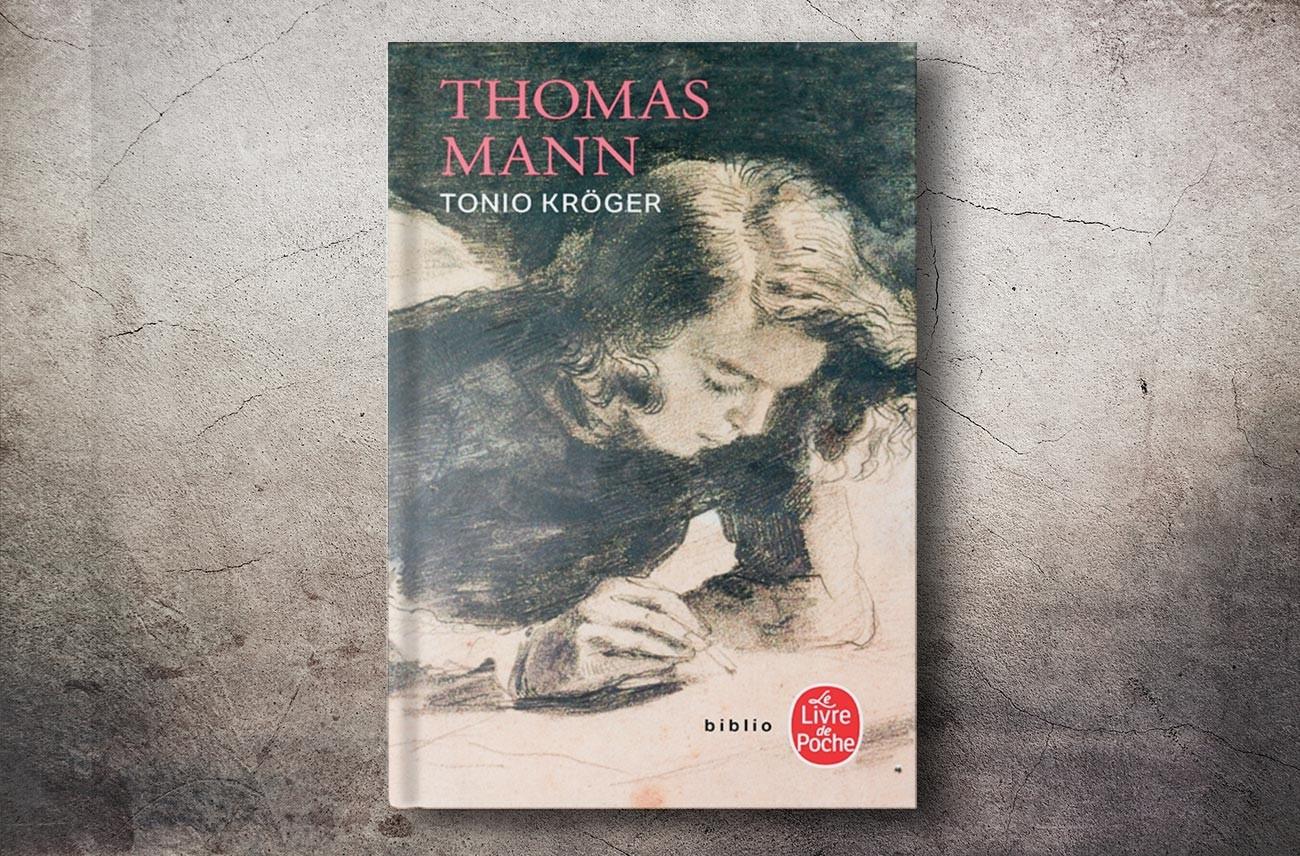 In ‘Tonio Kröger’, Mann (1875-1955) depicts an aspiring writer stuck between a rock and a hard place, trying to maneuver between art and life, literature and routine, love and lust, banality and profundity, contemplation and earthly purposiveness. The young man’s search for truth and harmony finds its way through conversations with his soulmate, a Russian artist. “Lisabeta Ivanovna was a good friend of his, to whom he told all his troubles.”

An artist with an eye for beauty, Lisabeta has great spiritual and moral wisdom and can answer, sharply, just about any question that Tonio throws at her. The two of them have some real heart-to-heart talks that bring Tonio some relief.

“I have listened to you faithfully, Tonio, from beginning to end, and I will give you the answer to everything you have said this afternoon and the solution of the problem that has been upsetting you. Now: the solution is that you, as you sit there, are quite simply, a bourgeois.”

“Am I,” he asked, a little crestfallen.

“Yes, that hits you hard, it must. So, I will soften the judgement just a little. You are a bourgeois on the wrong path, a bourgeois manque.”

“Thank you, Lisabeta Ivanovna; now I can go home in peace. I am expressed.” (translated by H. T. Lowe-Porter)