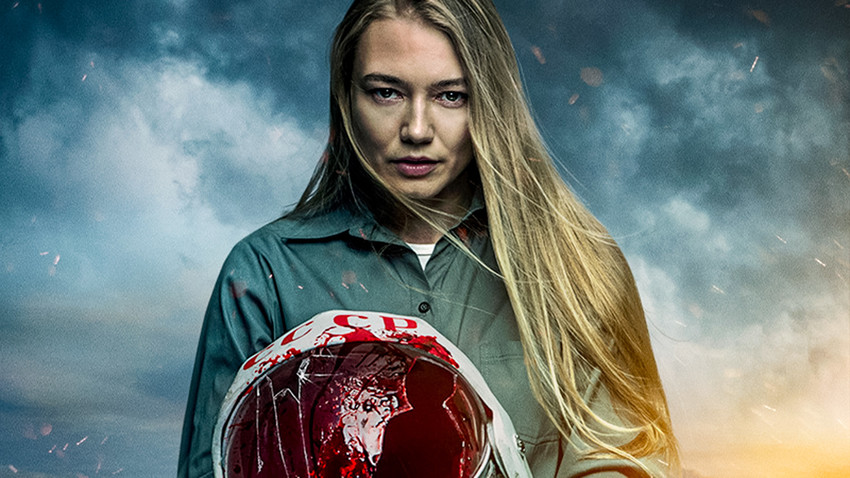 Egor Abramenko / National Media Group, 2020
The streaming platform is actively acquiring rights to Russian content and now has a wide selection on offer. Here are some of the latest releases that are worth your time.

Young Danila Bagrov, played by Sergei Bodrov Jr., returns from the Chechen war to his native provincial town, but his mother persuades him to go to St. Petersburg to see his brother. She thinks that her elder son is “a big man” there. In fact, he works as a hitman and he is in deep trouble. One day, he asks Danila for help on a case and, thus, drags him into a war between criminal gangs. The sequel, Brother 2, is set in the USA, where Danila goes to avenge his military comrade. 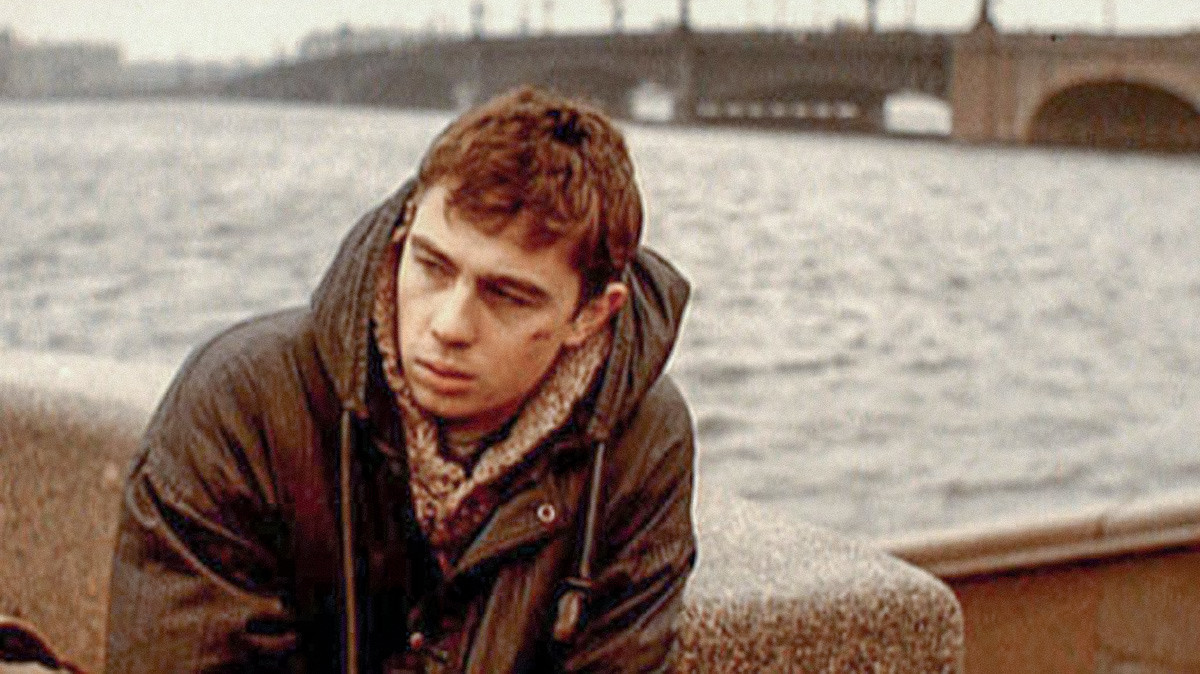 Despite a rather trivial plot, this is one of the most important movie franchises in post-Soviet cinema. Directed by Aleksei Balabanov, the story of a still “green” guy, who is drawn into the cruel world of the 1990s has acquired a cult status in Russia. This is largely due to its accurate portrayal of its time in all its specific details, which – taken together – amount to a visual encyclopedia of that period: from stores selling chewing gum and CDs to leather jacket-clad bandits and girls at rave parties.

This blockbuster about one of the darkest pages in Soviet history - the Chernobyl nuclear power plant disaster – was created by Danila Kozlovsky, best known to international audiences for his portrayal of Prince Oleg in the hit show ‘Vikings’ on the History network.

The main character, firefighter Alexey, works at the Chernobyl nuclear power plant, but is thinking of relocating to Kiev, so as not to waste his life in this backwater. But first, he runs into his old flame Olga at a hairdresser’s and then the power unit explodes. So, Alexey has to forget about relocating and instead goes to the epicenter of the disaster to prevent the spread of radiation to Europe. 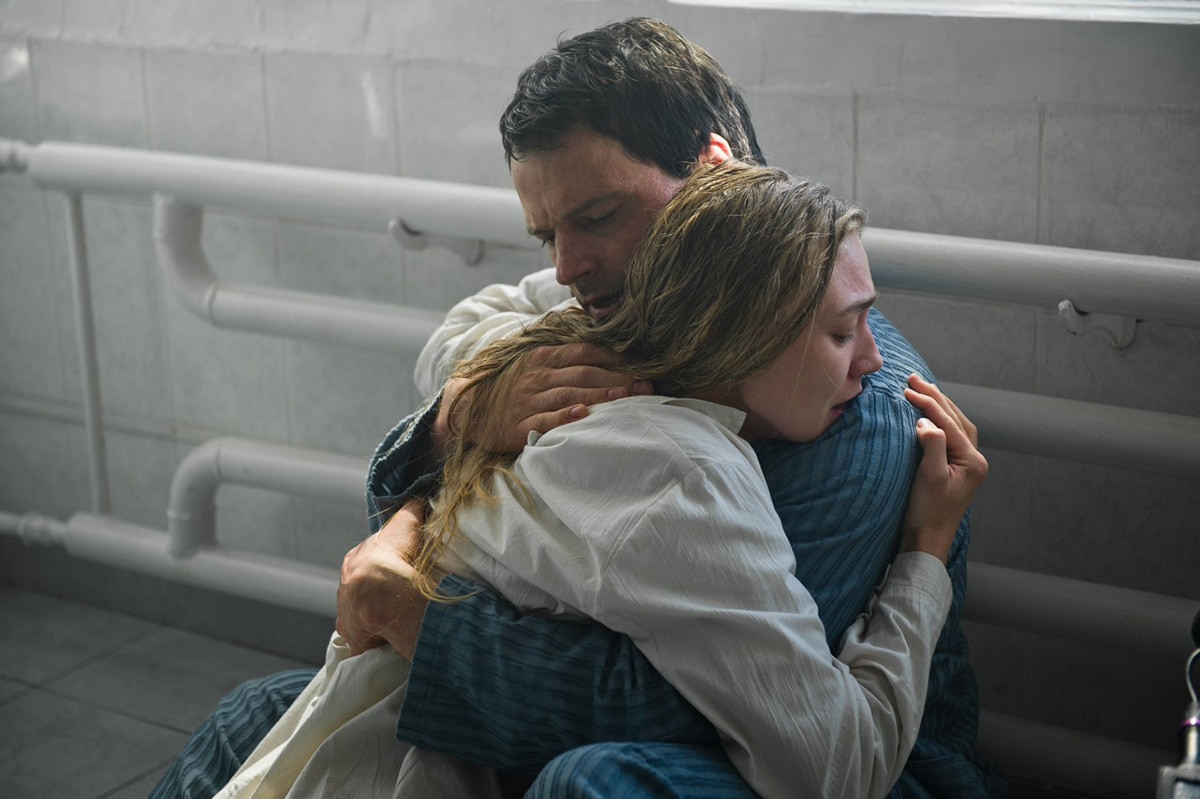 The Chernobyl tragedy, which inspired a hit HBO mini-series in 2019, remains practically unexplored in Russian cinema. And Chernobyl 1986 does little to redress this. The authors of the movie indicated that it should not be seen as yet another attempt to examine the mentality of the Soviet management structure or identify the culprits. Rather, it is a diligently made big-budget disaster movie about the personal drama of one of the first liquidators (played by Kozlovsky himself), set against the backdrop of those tragic events.

The movie did not have a cinema release and went straight to streaming services instead. Nonetheless, it became a hit with American critics, who gave it an average rating of 89% on Rotten Tomatoes. 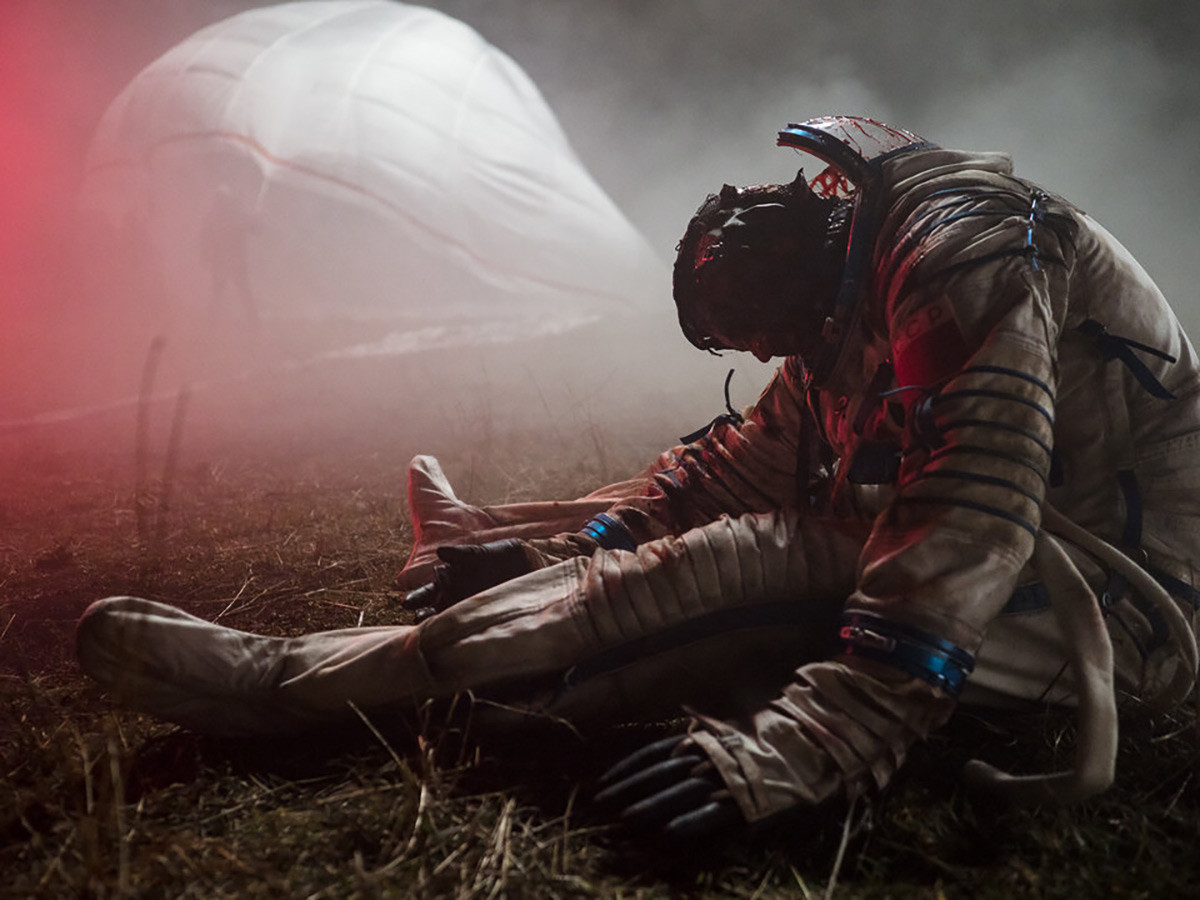 The plot takes place in 1983. Two Soviet cosmonauts returning to Earth hear someone knocking on the hatch. When they land, one is already dead, while the other ends up at a base in the steppe surrounded by barbed wire. He does not know that there is an alien creature living inside him, but those around him have caught on. Of course, the military is tempted to use the creature from outer space as a weapon, but first they need to be able to communicate with it...

The director was clearly inspired by Ridley Scott’s Alien and John Carpenter’s The Thing, but Sputnik still stands out from among numerous variations of the story. At the very least, it is interesting stylistically. It is not just a retro horror, but an “artistic totalitarian noir”, where visual solutions are of no less value than plot twists.

In the 20th century, Kresty in St. Petersburg was the number one political prison - everyone who was accused of counter-revolutionary activities was taken there. They included: politician Lev Trotsky, artist Kazimir Malevich and writers Joseph Brodsky and Daniil Kharms. Kresty, one of Russia’s oldest prisons, is more than 130 years old and director Angelina Golikova has made a documentary about it.

Her film, however, is not so much about the prison’s famous prisoners of the past as about what is happening there now. Barred windows, peepholes and “feeders”, corridors in the shape of crosses (hence the name of the place), guards with shepherd dogs, searches, young inmates – this is a film with a depressing and frightening atmosphere. The camera scrutinizes both those who are serving time there and those who guard them. 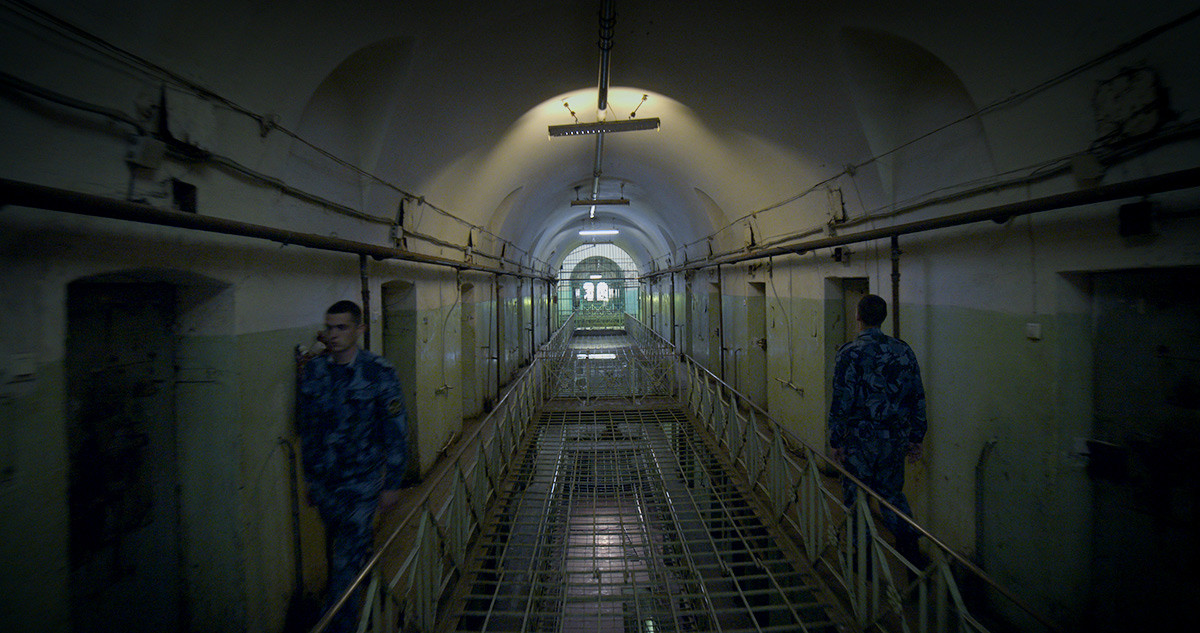 Interviews with Kresty staff and the unexpected things they speak about are of particular interest. 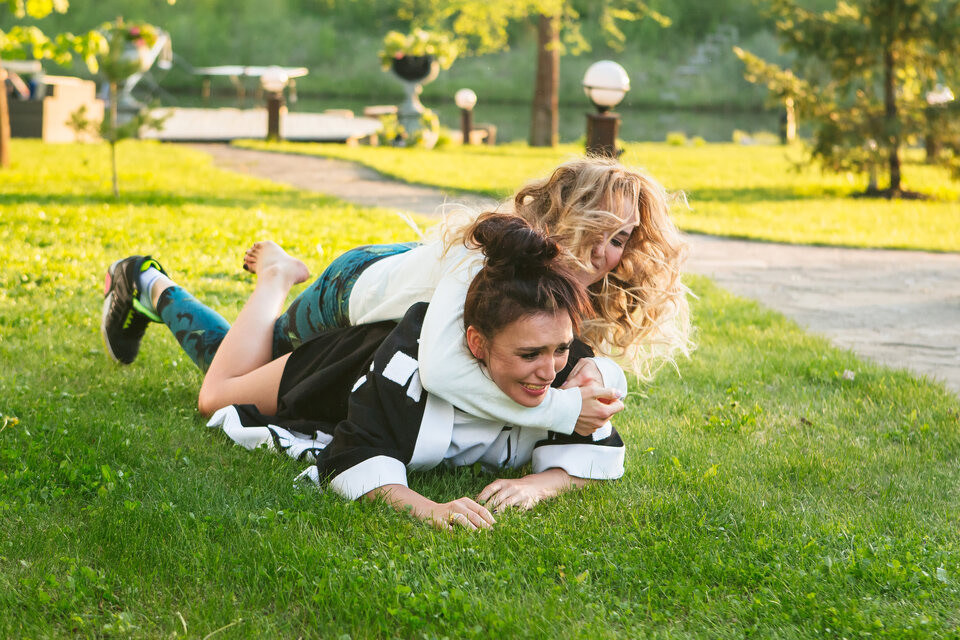 A provincial traffic policeman named Petya Vasyutin (played by Dmitry Nagiyev - Russia’s hottest man after Putin, according to opinion polls), is planning to get married, but accidentally meets a national celebrity and goes on a drinking spree with her. While the bride is suffering, Petya has to look for a way out of this pickle.

The comedy, largely inspired by Baz Luhrmann’s Moulin Rouge, is a showcase in director Zhora Kryzhovnikov’s trademark technique of exaggerating everything to the point of impossible vulgarity. This is how this movie should be taken – as an over-the-top comedy for a relaxing evening.

This is one of the most expensive and intriguing Russian movie projects of 2021. It is based on Russian (which is extremely rare!) graphic novels of the same name, published by Bubble Comics. 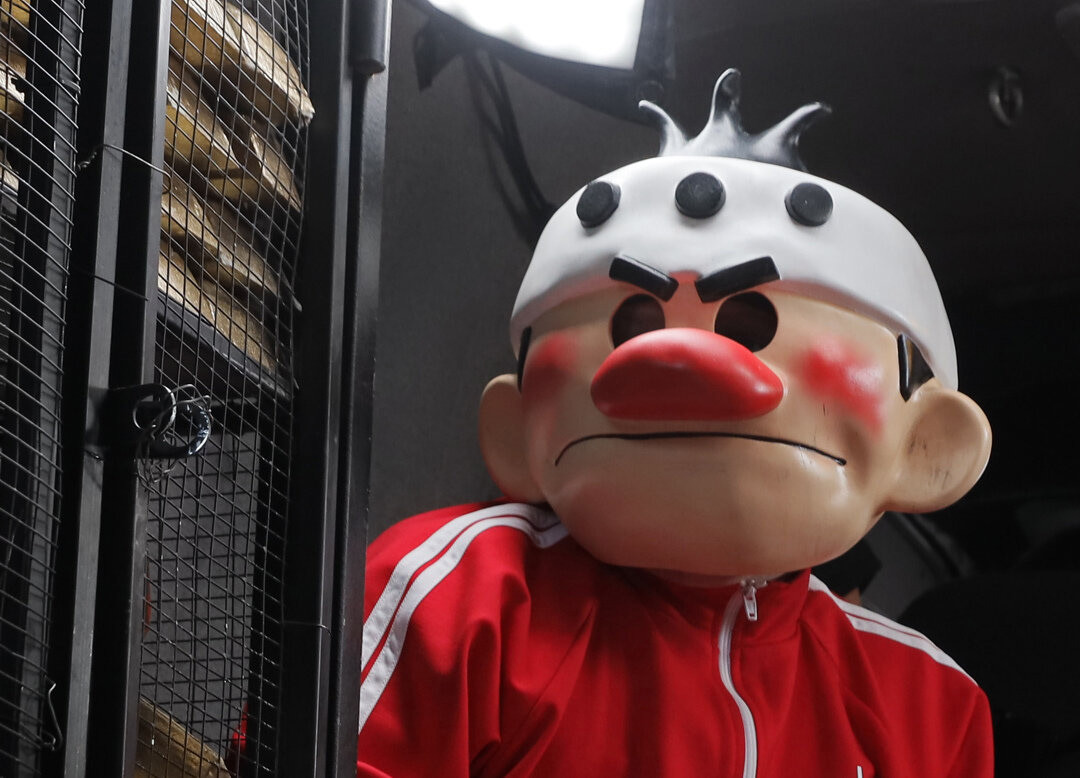 This is a story about a gloomy St. Petersburg police major, Igor Grom, whose senior officers are sick and tired of his unconventional detection methods. Nevertheless, he is the only one managing to successfully catch criminals. When the city is attacked by a supervillain who wears a plague doctor’s mask and has flamethrowers in his sleeves, only Grom is a match for him.

This standard superhero action presents a peculiar graphic novel universe, not unlike Nolan’s Gotham City. There is a flashy casino Golden Dragon packed with the entire corrupt establishment, the police headquarters is located in a palace, while Grom, almost like Batman, prefers roofs. 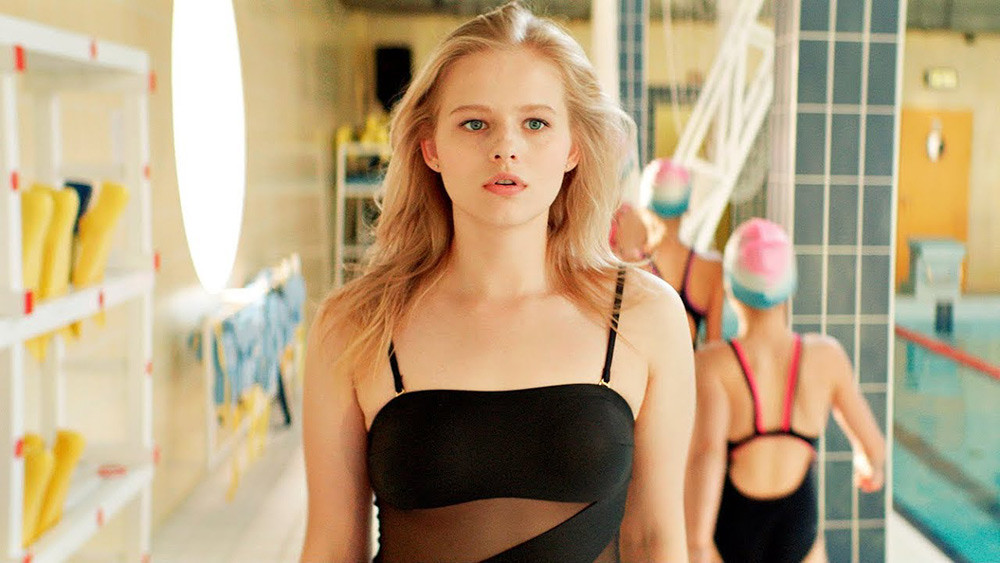 This comedy directed by Alexei Nuzhny thrice recouped its budget in the first four days of its cinema release in Russia. The plot revolves around a young woman named Anya from Nizhny Novgorod, whose boyfriend dumps her because she “has got fat and he no wants her”, and her attempts to cope with fat shaming in obvious and not so obvious ways.

I’m Losing It resembles Judd Apatow’s best comedies (e.g. The 40-Year-Old Virgin and Knocked Up), yet presents a distinctively Russian and caustic criticism of the cult of beauty.