How an Englishman fell in love with Russia and became... 'Russian'! 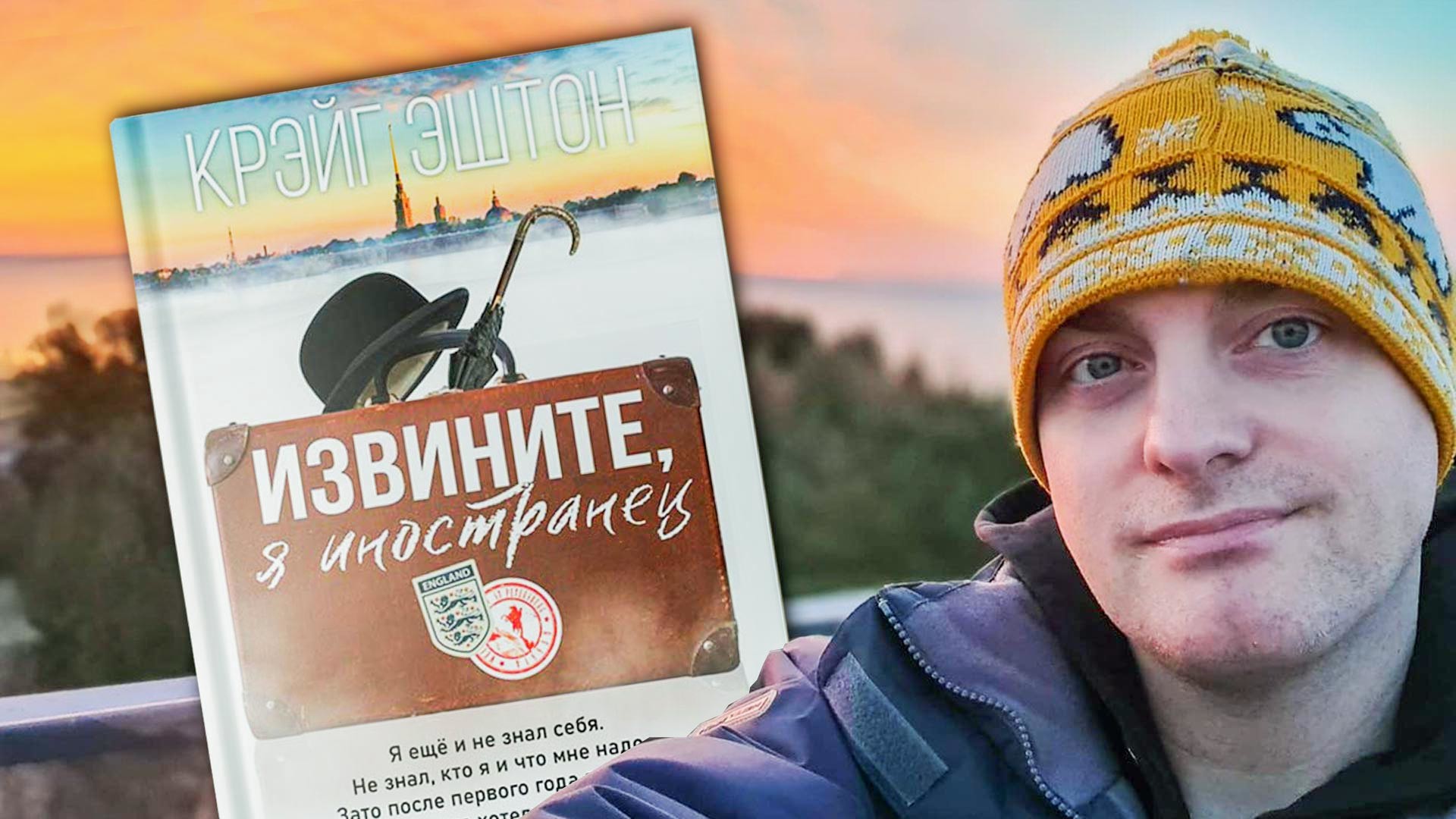 Personal archive; AST, 2021
After one year of living in Russia, Craig Ashton realized he wanted to stay forever. What did this Englishman abroad like so much about this "hostile" land in "frost-bitten" St. Petersburg?

Craig Ashton has been living in St. Petersburg for more than 15 years. He fell in love with Russia and the city on the Neva, learned to speak the language fluently, worked as an English teacher in a school, translated computer games, runs a popular blog about his life in Russia, and even wrote a book in Russian. Having read it, we talked to Craig about Russia and the Russians. 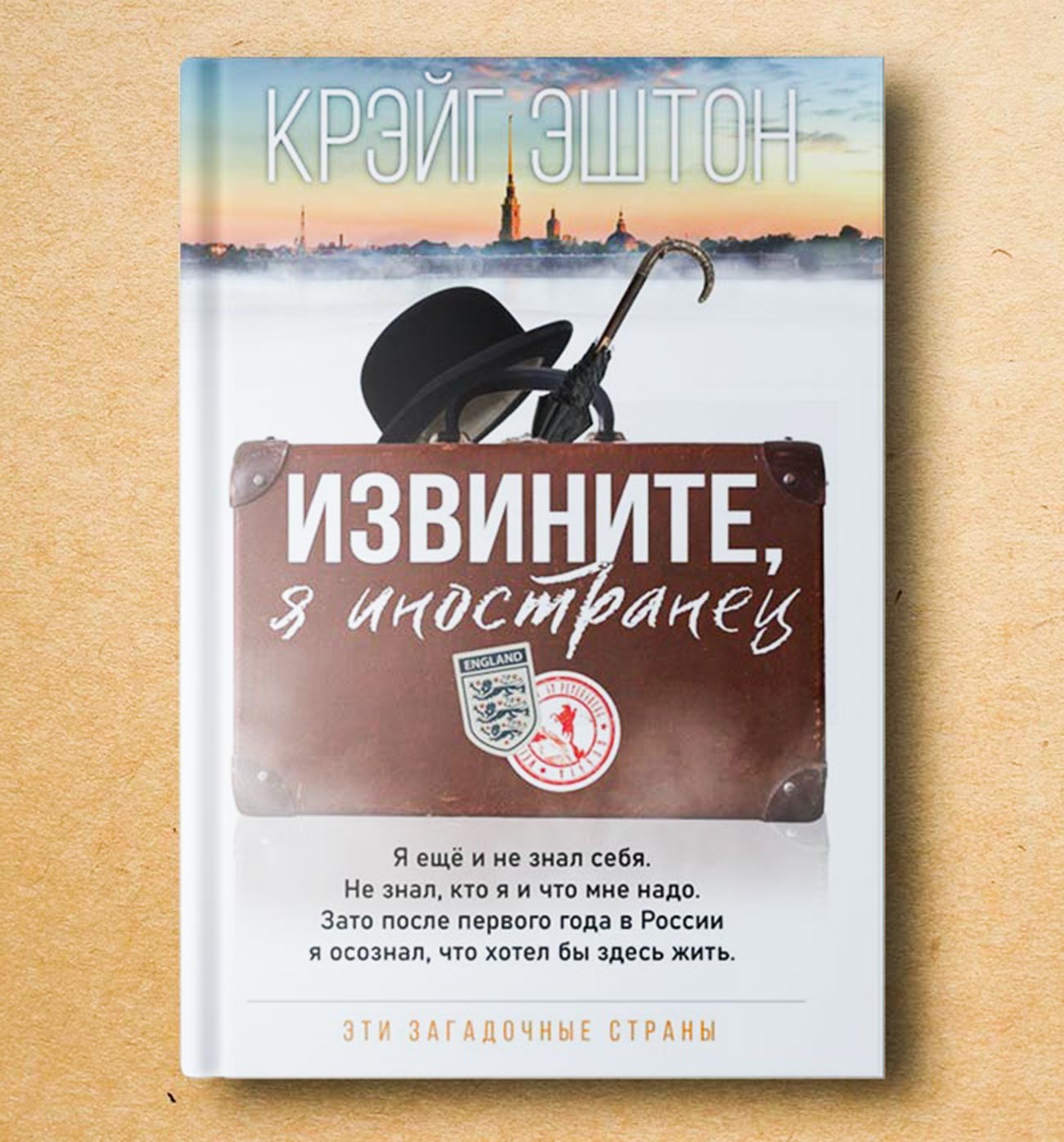 Onion-domed cathedrals, tanks on Red Square, cabbage and potato soup, and a smile only on (very) special occasions — this is pretty much all this guy from Manchester, England, knew about Russia before 1999. One other thing, of course. He had seen plenty of Hollywood movies in which all Russians are bad guys (and nearly all bad guys are Russian).

Later, Craig decided to study Russian at the University of Exeter, which is when he realized just how “beautiful and incredibly difficult” the language is. He came to Russia for the first time in 2002 with a group of fellow students on their year abroad. He fondly recalls his first impression, when a woman called Lyubov Serdechnaya met them at St. Petersburg airport. He was amazed that in English her name literally translates as 'Love Heartly'. True to her name, she cared for them like a mother, but one with an iron fist.

“For me, she was the archetypal Soviet woman. Very similar to the heroines of Soviet posters — a proud face with a serious expression, a raised hand directing everyone in pursuit of a great cause,” writes Craig in his book Excuse Me, I'm a Foreigner, or «Извините, я иностранец» in Russian (AST Publishing House, 2021). 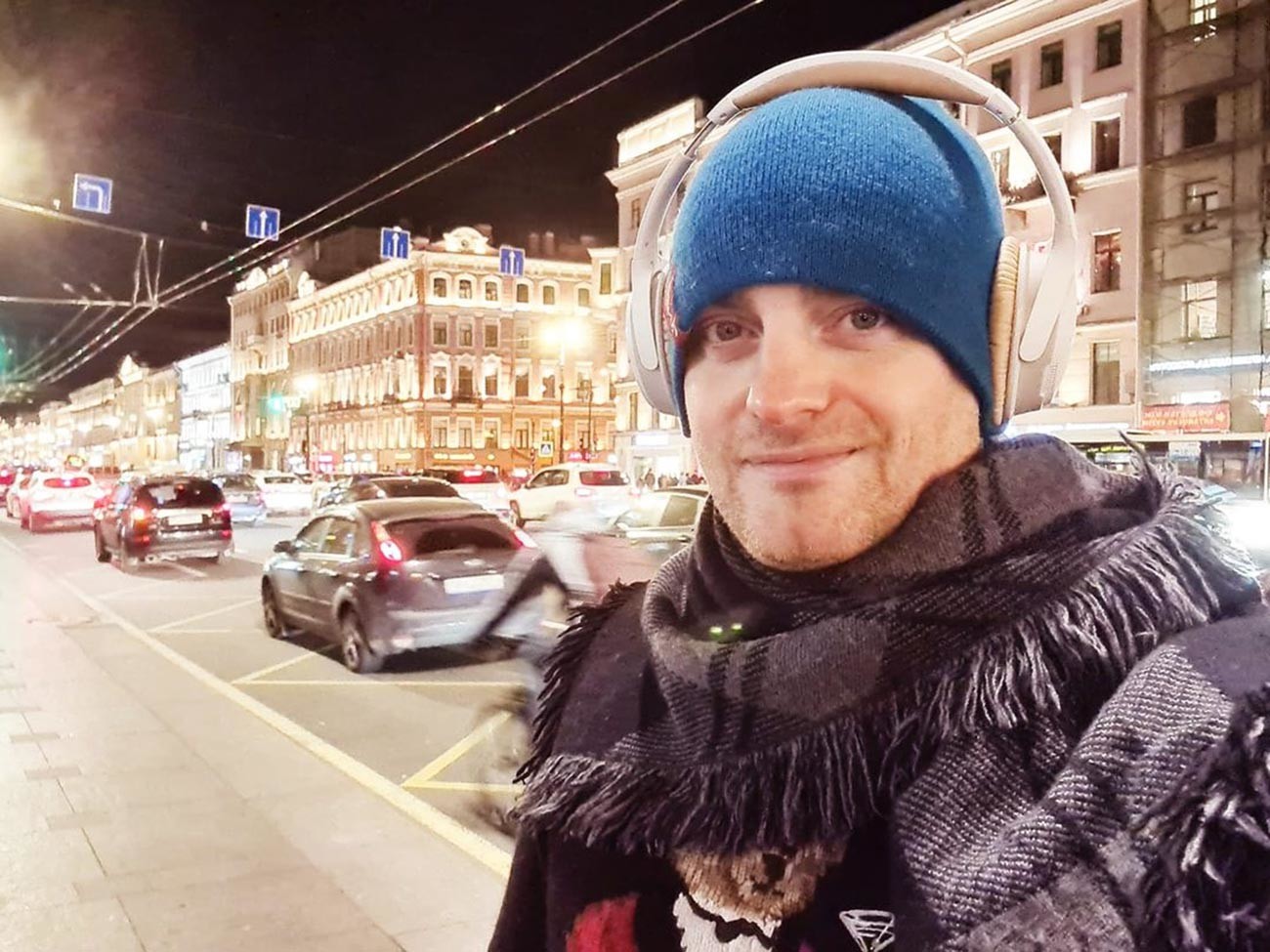 Back then it was difficult for him to communicate with Russians; his vocabulary was too small. Today, however, he talks freely about his love for smelt, herring under a fur coat, the dacha and other facets of Russian life. He also knew nothing about himself: “I didn't know who I was or what I wanted. But after my first year in Russia, I knew I had to live there.”

“All my Russian friends have asked me this. Sometimes with an ‘Are you mad?’ tone of voice, which saddens me. As if the Russian language isn’t wonderful or important. As if it’s not spoken by hundreds of millions of people. As if it's not one the most beautiful languages in the world!” writes Craig. “You might not be aware that Russian sounds very pleasant to English ears.” 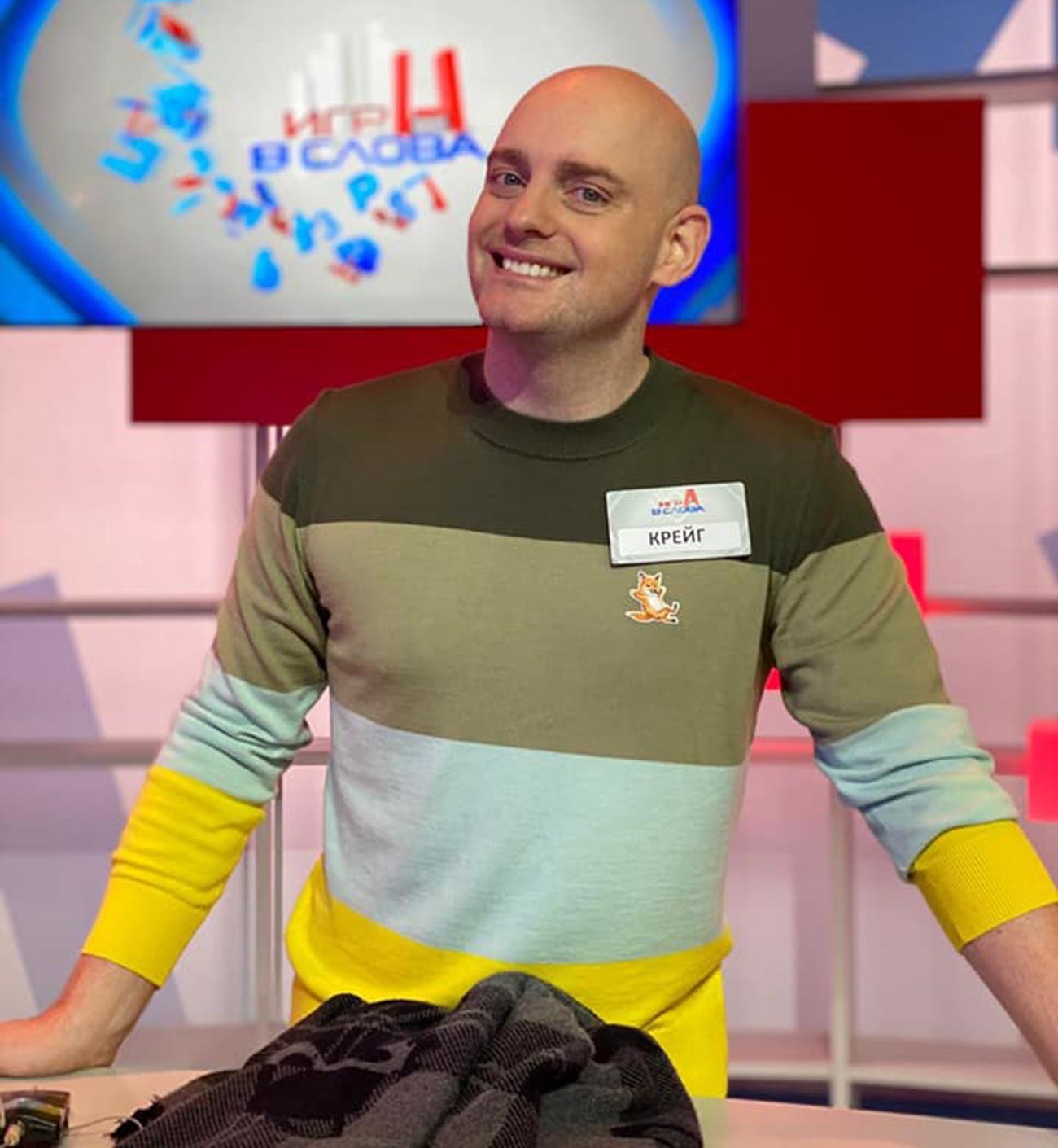 Having befriended German far more than mathematics at school, Craig decided that languages were for him, only he wanted something with more bite. Even better if English people were held in high esteem in the country where it was spoken. And, naturally, Hollywood movies full of Russian villains and femmes fatales worked their magic.

“Russian gripped me immediately; it was music to my ears, literally. I fell head over heels in love with its sounds, its quirks, its grandeur,” writes Craig.

At first, his grades in Russian were low, but then Craig discovered the songs of Tatu, Verka Serduchka, Valeria, Propaganda and Dolphin... He started listening to Russian music and soon became the best in his class. He also read Anton Chekhov and children’s books, but it was music, he believes, that helped him to master Russian.

“There have been several traumatic moments in my life that I’ll never forget: my first sunburn, my first fight, my first rejection by a girl and... my first lesson on the letter Ы. (Read more about this phonetic monstrosity here.) The letter Ж, on the other hand, “shaped like a crushed insect,” was far easier to swallow.

The second difficulty was the two “you” — a feature of many European languages but lost in modern English. It is customary in Russian to refer to a stranger or older person as “вы”; while friends and relatives are addressed as “ты” (corresponding to the archaic “thou”; similarly, “you” in English was once the polite as well as the plural form). This linguistic dimension means that Craig, when speaking to someone new, always looks forward to being asked which form of address he prefers. 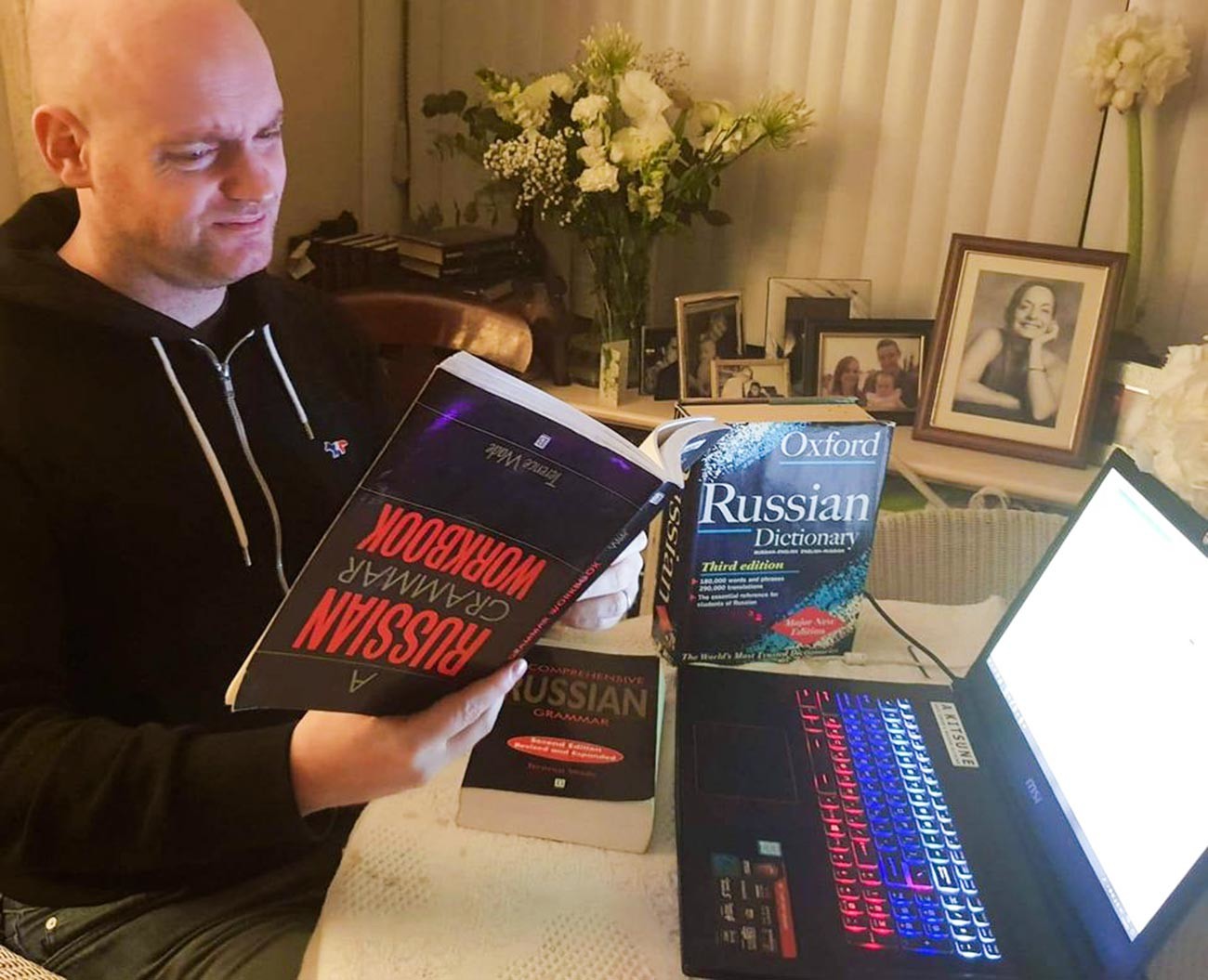 If only 'A Russian grammar workbook' helped to speak fluently...

"It gives me an opportunity to wave my hand graciously and declare in Russian: 'Hа ты, на ты, конечно, да что Вы? [Thou, of course, why do You ask?],'" writes Craig. “Well, how can you refuse a person who asks to be addressed informally... It’s an offer of closeness, friendship, maybe love, then marriage!” That said, Craig is never the first to suggest using the informal form, fearing that he might misjudge the situation. Therefore, even with children, Craig uses the respectful “вы” to begin with.

Incidentally, Craig says that on his blog, which boasts more than 30,000 followers, the most popular posts are the ones about his various trials and tribulations, be it with the Russian language or visas and paperwork.

To begin with, Russians struck Craig as rude, but then he realized that this is not the case. "Russians tend to be more direct and frank about subjects the English would prefer to ignore. An elephant in the room is less likely to be ignored and spades are often just called spades. Having spent the first 20 years of my life constrained by various social rules, when I first got to Russia, I was often surprised by this tendency (this is not a universal truth, plenty of Russians are quite capable of being 'delicate')," Craig told us. 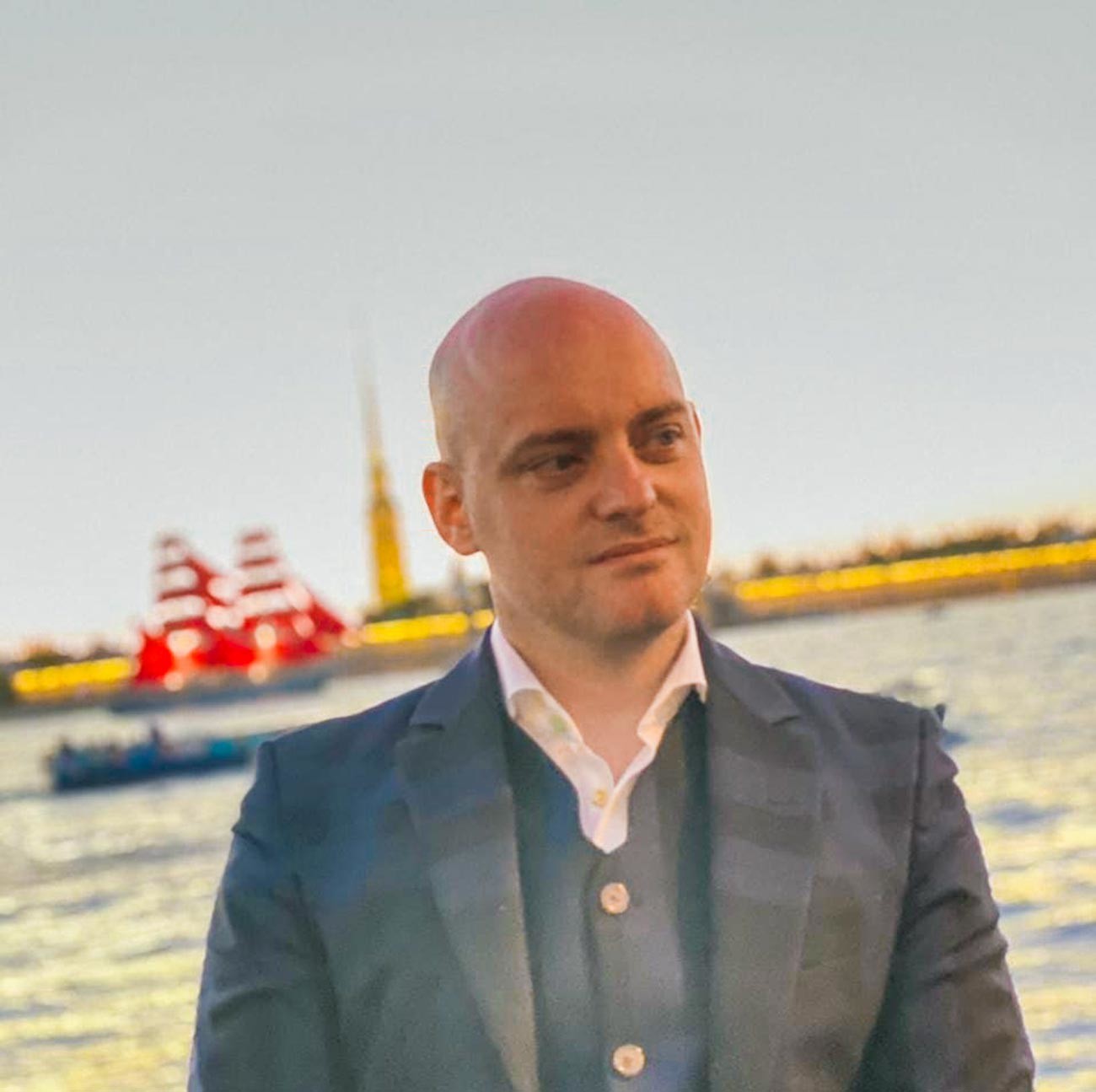 In love with St. Petersburg and its architecture

During his first decade in Russia, Craig lived like an Englishman with no desire to change his ways. But after a few years, he started trying it for himself and found it pleasantly liberating to be able to speak out, to tell the Emperor he wasn't wearing any clothes and enter discussions he would previously have excluded himself from. “This is not to say I now wear my mind on my sleeve at all times, but Russians' honest straight speaking has definitely been a welcome improvement in my life."

Craig also liked the way the Russians do business. For example, when working as a school teacher, through acquaintances he found a job as a translator of computer games. Back in England, this would have been impossible, he says. He would have had to submit a resume and attend an interview, but here he was hired immediately. "It's not what you know, but who, as the saying goes. That's especially true in Russia." 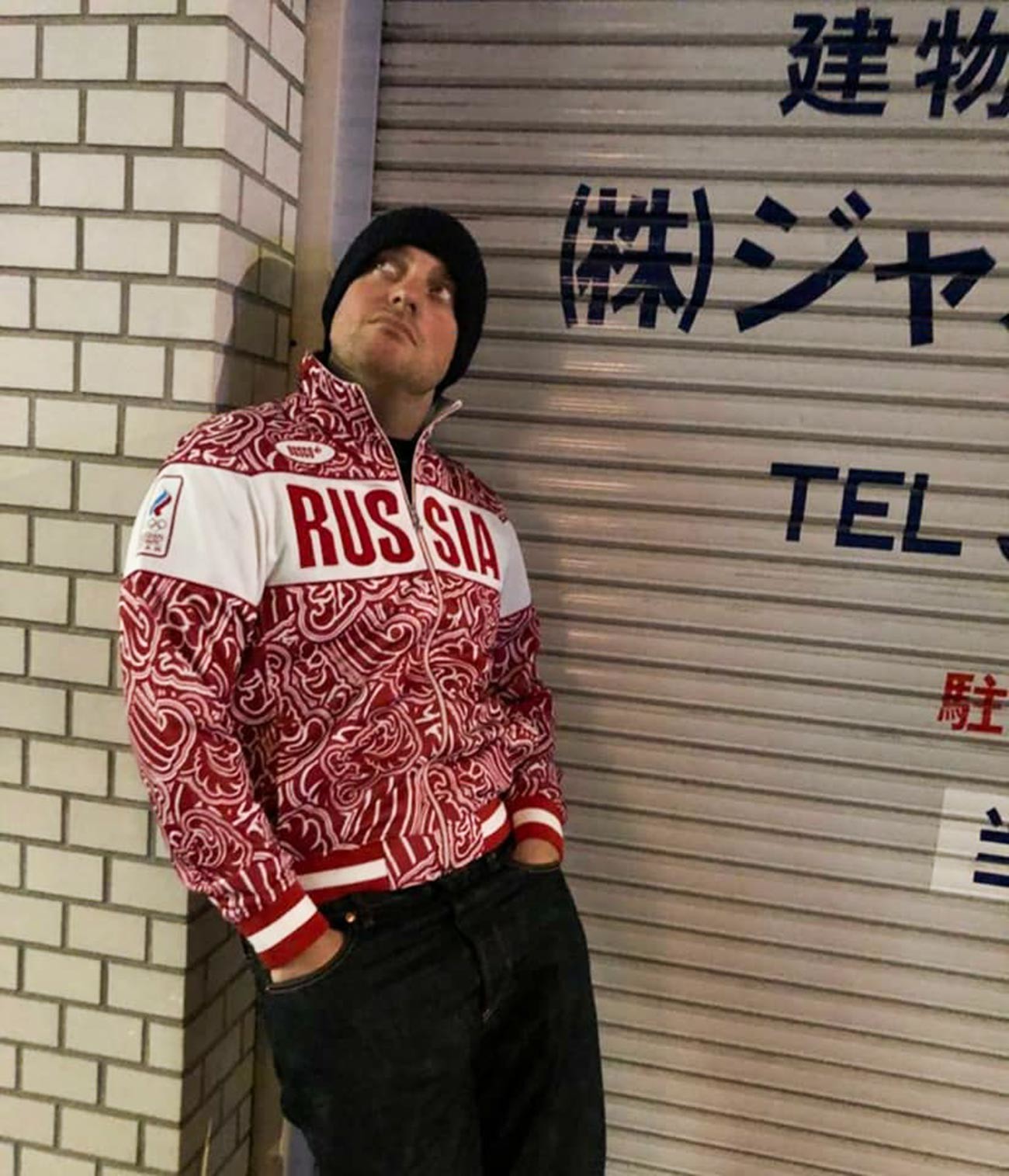 Craig also fell in love with Russian women, or rather the one he married. We asked him the perennial question: how do Russian women differ from their, in this case, English counterparts?

"As far as I can tell, Russian women have a more traditional vision of what a relationship should be and how a man should act. Men are generally expected to take care of a date, holding their coat, pouring them drinks (do not let your Russian girlfriend pour her own drink), opening car doors, etc, etc. Further into a relationship, a man is generally thought to have to be capable of hammering a nail into a wall, fixing a burst pipe and other such knowledge and skills. In return, Russian women tend to take on more traditional gender roles."

In general, Craig says that Russians are strong people who live by the principle of "do what you must and what will be will be."