Top 20 European and US movie stars in Soviet cinema 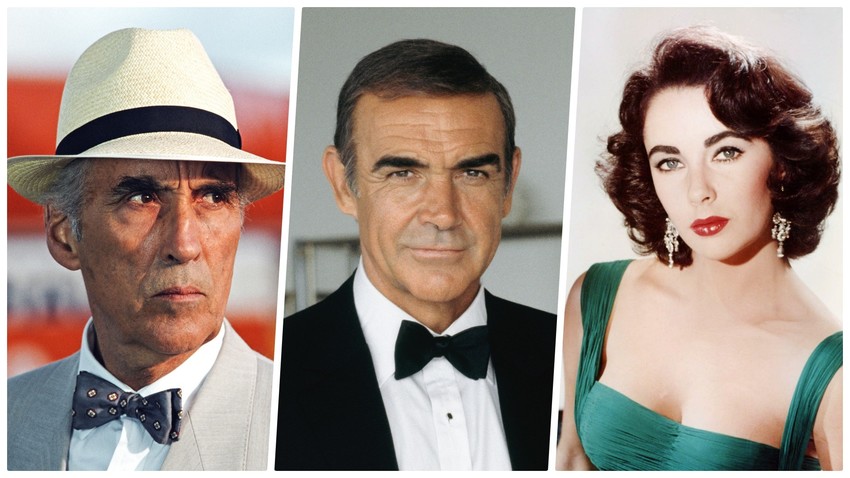 Bryn Colton, Bob Penn, Silver Screen Collection/Getty Images
Despite the thorny relations between the USSR and the West, Soviet cinema was not the no-go zone for foreign stars it might have seemed. The lineup of those who ventured behind the Iron Curtain is actually pretty impressive! 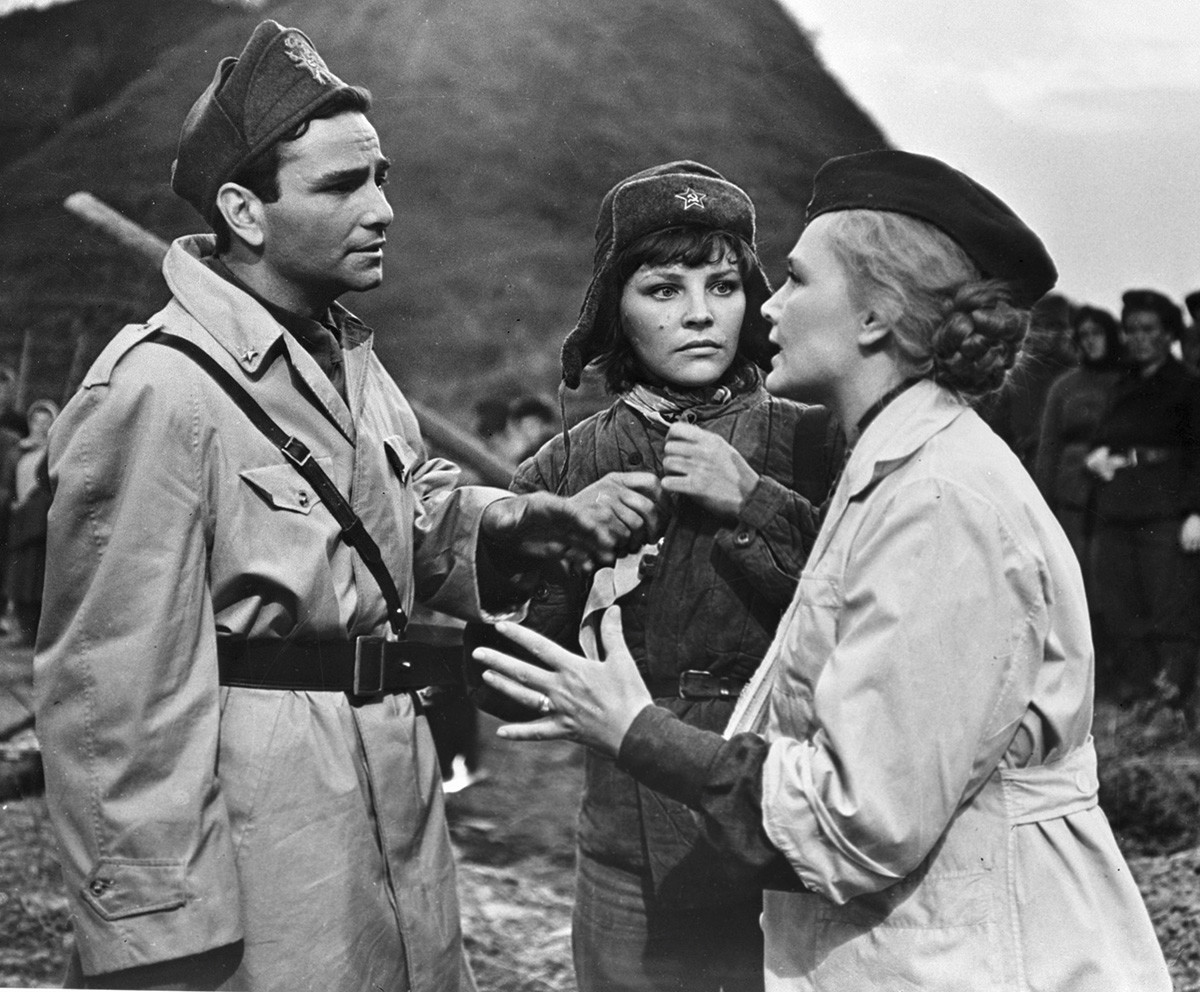 The US actor, world-famous as Lieutenant Colombo in the TV series that bore the character’s surname, appeared in the Soviet-Italian co-production Attack and Retreat. This war drama tells how Italian troops fought alongside the Nazis against the Soviet army. Falk's role was based on the memories of real soldiers. Incidentally, Falk has Russian roots: his paternal relatives emigrated from Russia in the 1890s. 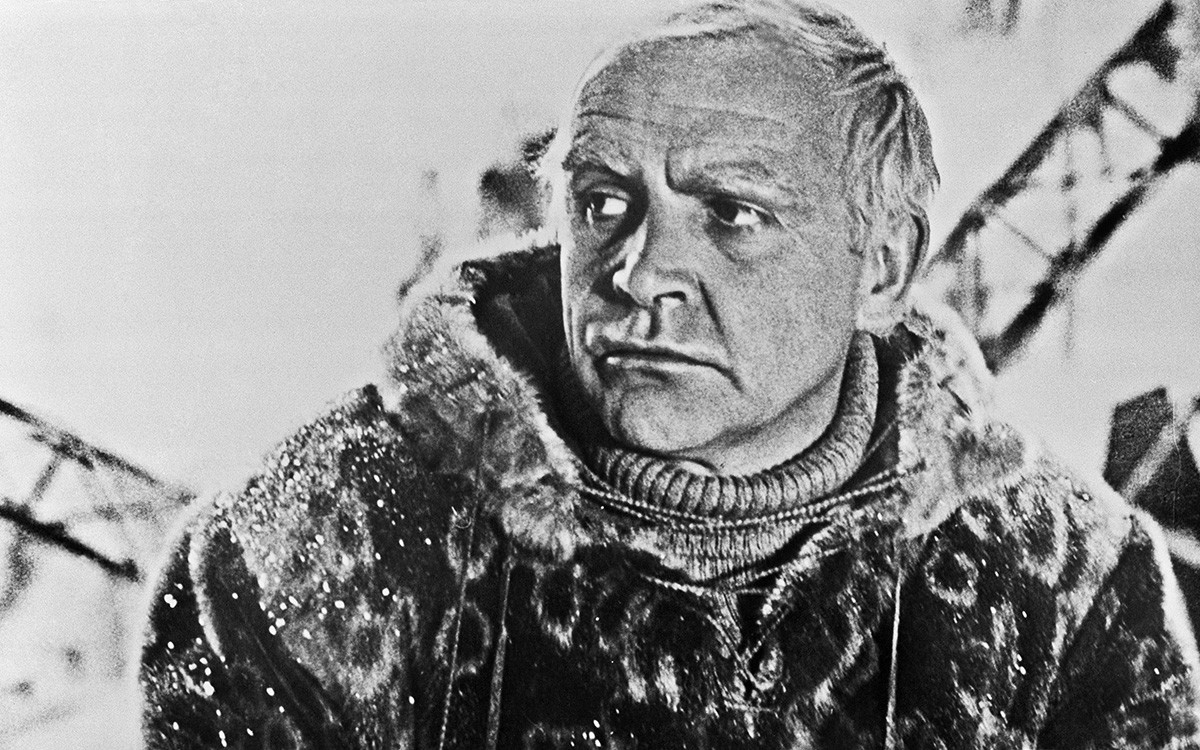 In the late 1960s, Sean Connery was invited to star in the epic drama The Red Tent, based on the story of the 1928 mission to rescue survivors of the crashed airship Italia from the hostile Arctic.

No one knew Connery in the USSR back then, since the Bond films had not been screened. “He was nervous about going, thought he might get torn to pieces. There he was, this huge star, going to a country where no one had heard of him,” recalled Soviet actor and singer-songwriter Vladimir Vysotsky. In the end, Connery grew tired of obscurity and threw a party. But it was a bit of a damp squib: according to eyewitnesses, the guests politely drank the alcohol on the table and went their separate ways. 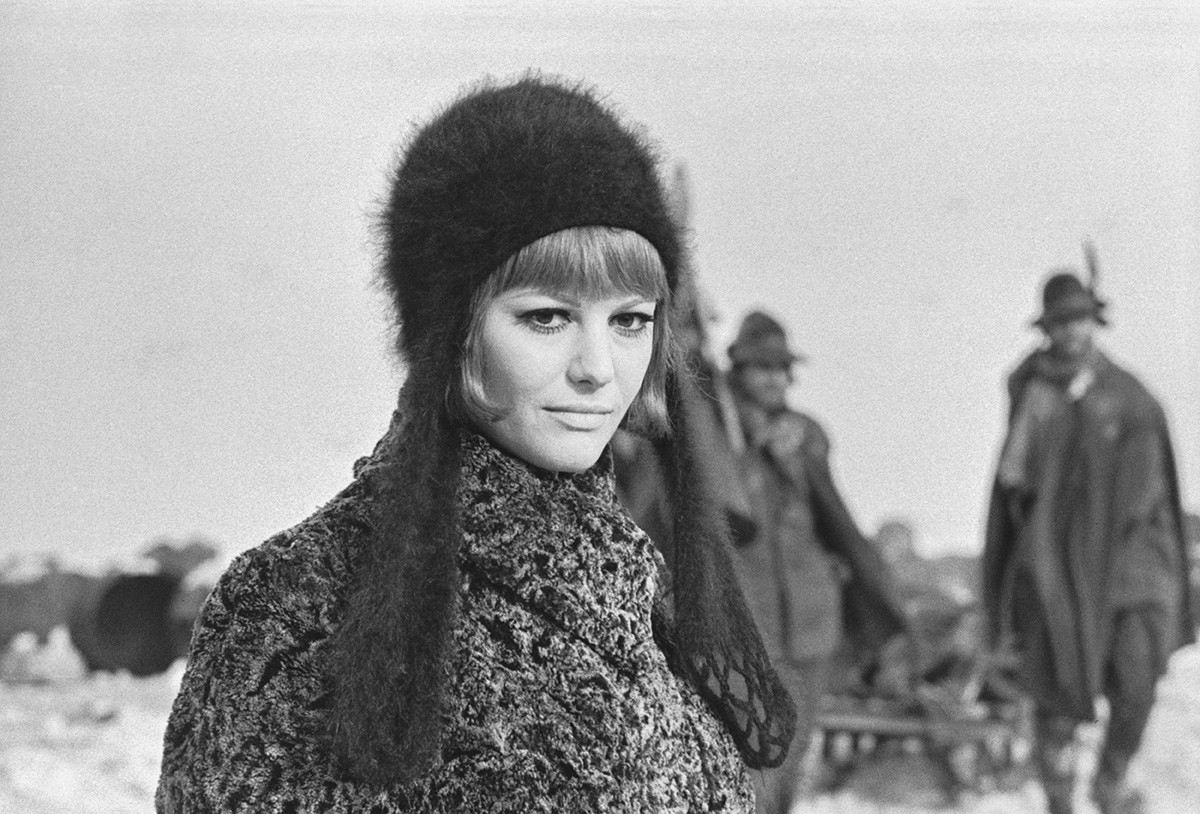 The darling of directors Luchino Visconti and Federico Fellini also starred in the Arctic thriller The Red Tent as nurse Valeria, the sole female role. “I still remember the cold. Everyone was worried about me because I was born and raised in Africa. But I felt great! There was a wonderful atmosphere on the set and, because of the cold, plenty of vodka!” recounted Cardinale. The Arctic scenes were shot outside Moscow, near the Gulf of Finland and in the real Arctic environment of Franz Josef Land. 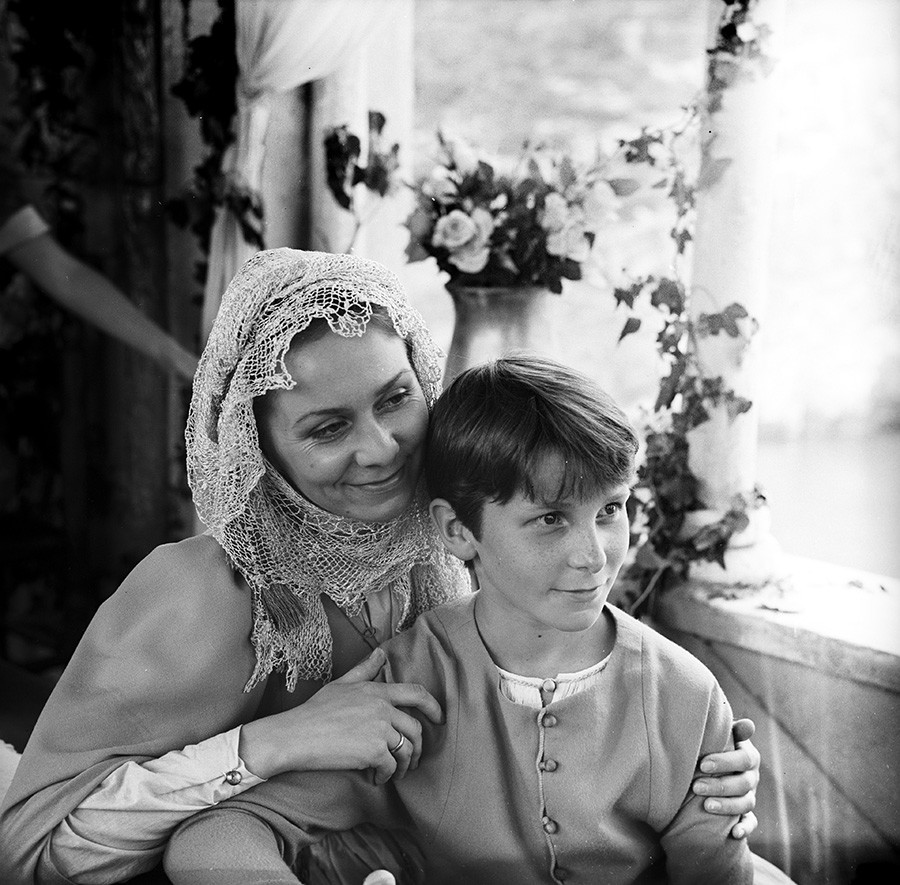 In 1986 Soviet director Vladimir Grammatikov made the film Mio in the Land of Faraway, based on Astrid Lindgren's fairy tale. English-speaking actors had to be cast in the lead and secondary roles (a requirement of the Swedish producers). Having scanned all the theater schools in London, the choice fell on child actors Nick Pickard and Christian Bale. The “supporting” 11-year-old Bale plays the role of Besse, the best friend of the orphan Mio.

As if filming were not nerve-racking enough for the youngsters, during the shoot the nuclear reactor at Chernobyl exploded, and everyone had to be evacuated from Crimea, where the set was located. “Filming resumed a month later,” Bale later recalled. “But now when we sat down to eat, every plate had to be scanned with a Geiger counter.” Pickard never made it as a big star, but Bale followed up his Soviet experience with the lead role in Steven Spielberg’s Empire of the Sun. 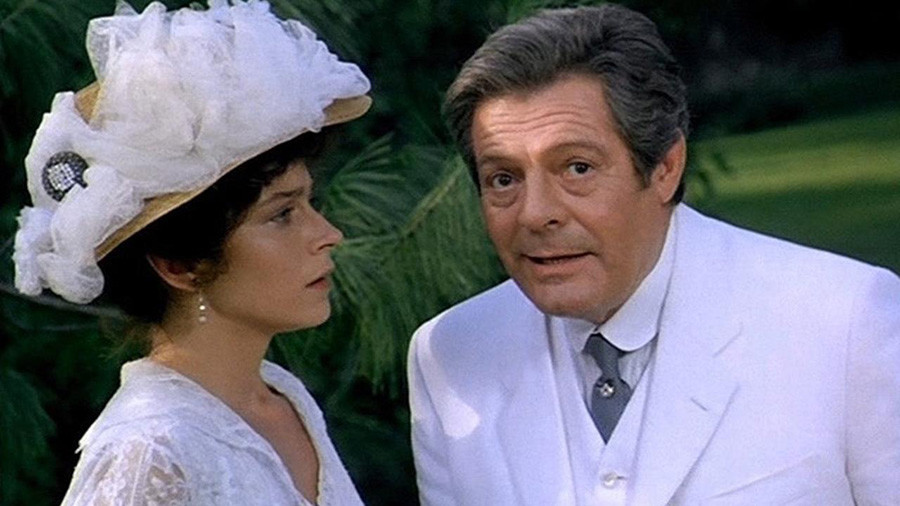 Federico Fellini's favorite star featured in Dark Eyes (1987) — a screen version of several Chekhov stories in one, including the famous Lady with Lapdog. Mastroianni never mastered his few lines in Russian, and in the end only pronounced one word, sobachka (lapdog), with a thick accent. But this did not prevent him from being nominated for an Oscar for Best Actor, while director Nikita Mikhalkov received a Golden Globe nomination. This was not his only experience of the Soviet film industry. Prior to that, he appeared in the Italian-Soviet movie Sunflower (1970). 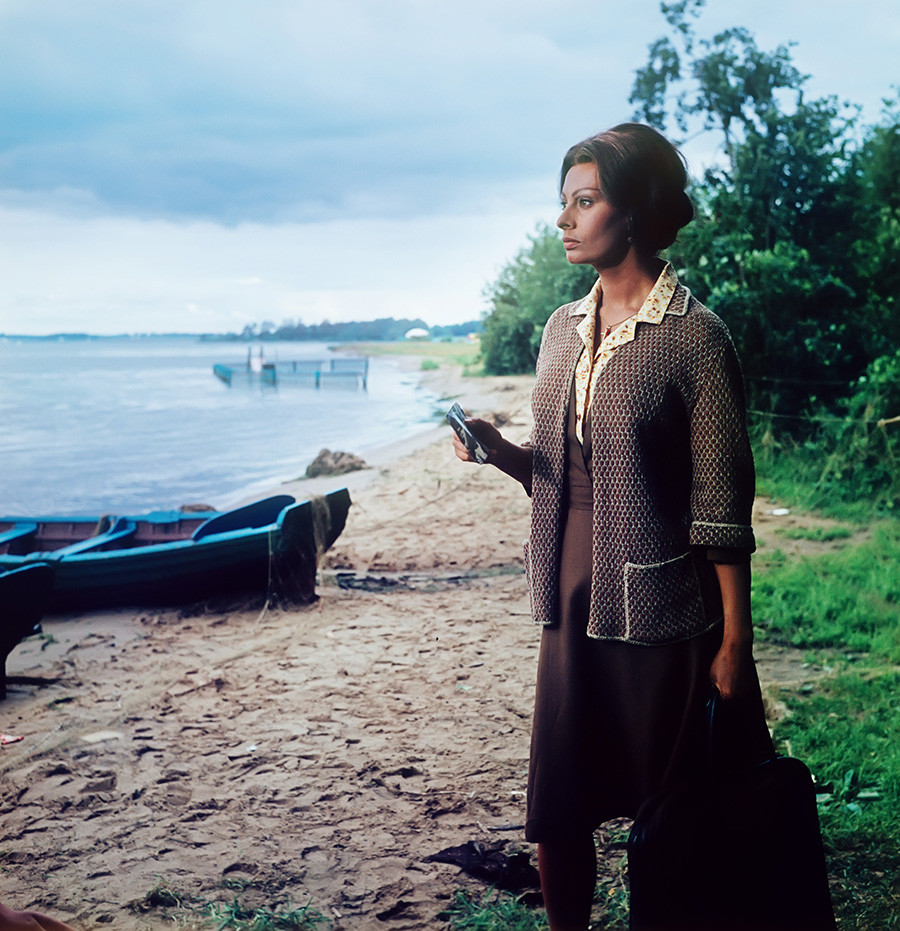 Loren starred alongside Marcello Mastroianni in the above-mentioned Sunflower, a drama about an Italian soldier sent to the Eastern Front instead of Africa during World War II, right in the middle of the offensive on Stalingrad. Loren was admired in the Soviet Union, and TV reporters assiduously covered her every step. For the entire period of filming, the Soviet production team assigned her a private limousine, suites in the best hotels and a special plane for relocating between cities. 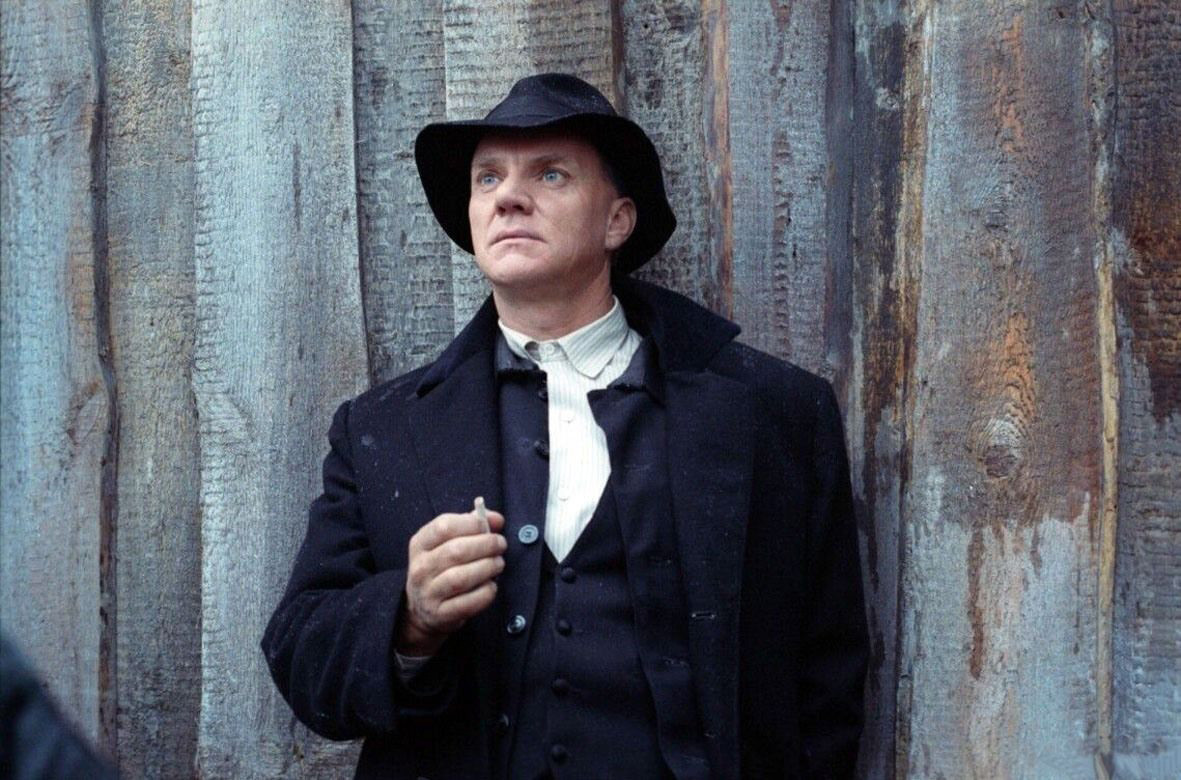 The star of Caligula and A Clockwork Orange took on a role in the psychological drama The Assassin of the Tsar (1991), because, he said, it offered more “creative freedom” than in Hollywood, where everything had long been highly regulated; the Soviet industry operated without concern for strict budgeting and timing. For eight days of shooting, McDowell received $2 million, lived for several months in Moscow in a modest rented apartment, and was entitled to just two luxuries: a minivan that drove him to the set and a personal chef who cooked borsch for him. 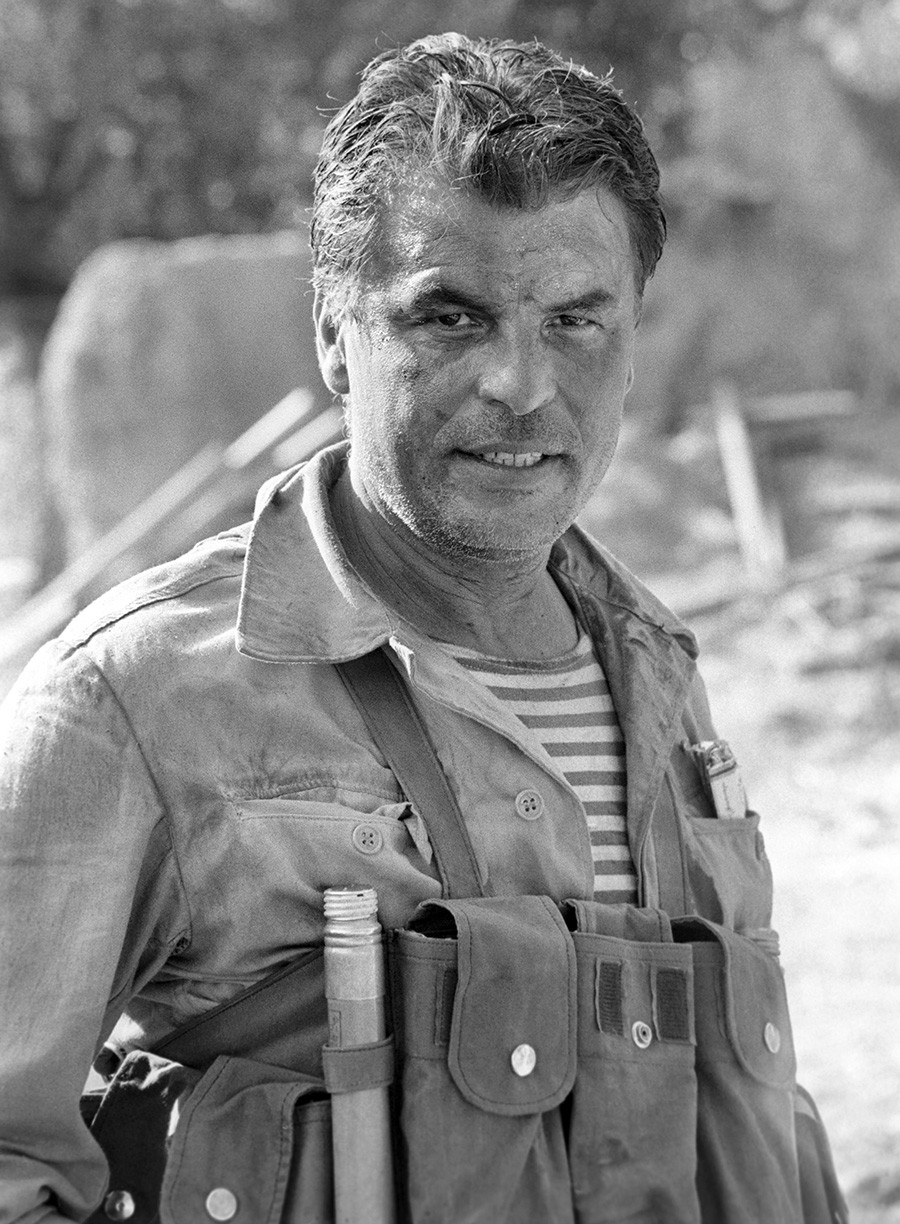 The brave Commissioner Cattani from the long-running series La Piovra (The Octopus) starred in the military drama Afghan Breakdown by Vladimir Bortko. “Vladimir Bortko was very persistent,” Placido recalled. “At first I refused, but then received a letter signed by the entire cast and crew. The actors wanted Commissioner Cattani to continue his life as a Soviet major.” Placido mastered the use of various weapons and posed many questions about the Soviet-Afghan War to the real soldiers on the set, but never ceased to wonder why he in particular was needed in this film. 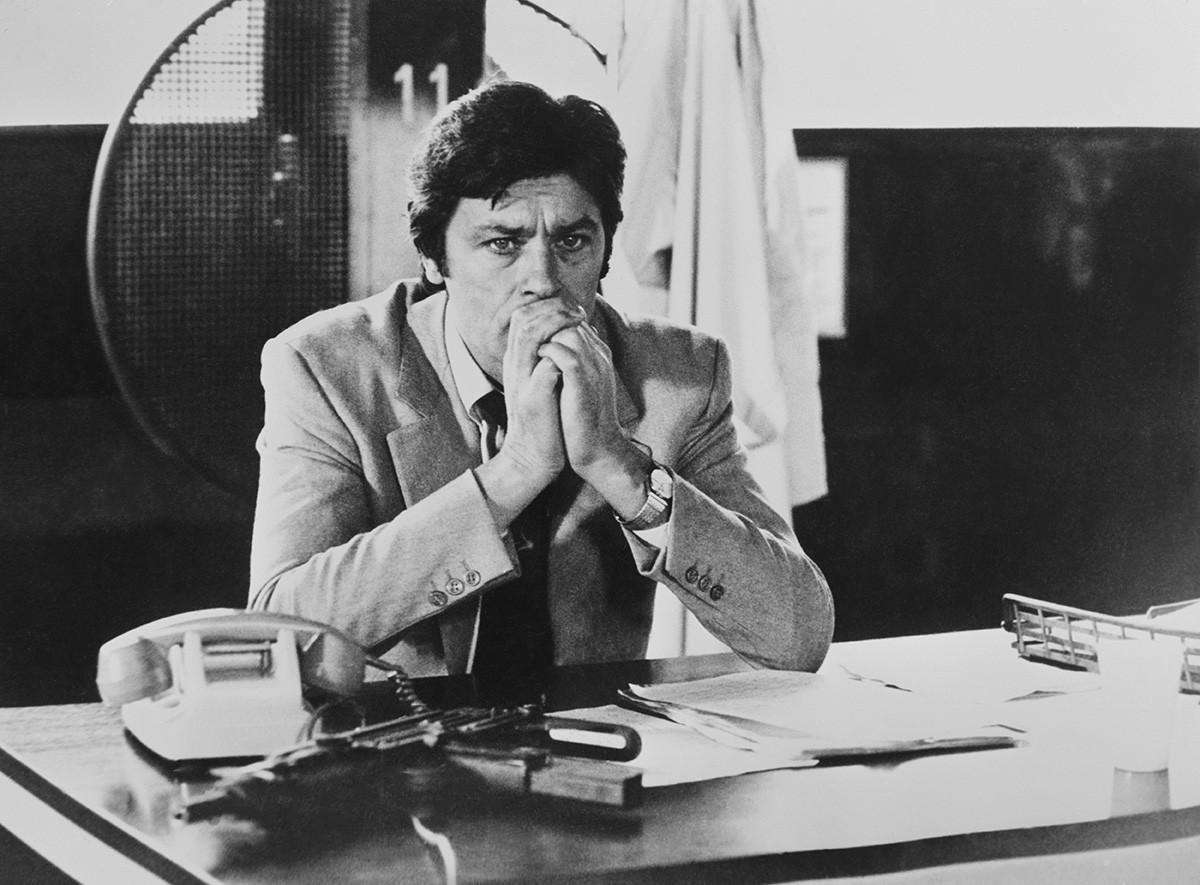 In 1943, at the Tehran Conference of the Big Three, an attempt is planned on the lives of Stalin, Roosevelt and Churchill. It falls to a Soviet intelligence officer to foil these plans. This is the plot of the film Tehran 43, starring Alain Delon in the role of a French inspector. Initially Delon was scheduled to make only a cameo appearance, which rubbed him the wrong way. He set a condition: “Twenty pages of a well-written role in French by 8am tomorrow. If you do that, I’ll agree.” Overnight, the screenwriters inserted a new character, Inspector Foch, into the script. The film went on to become a global hit. 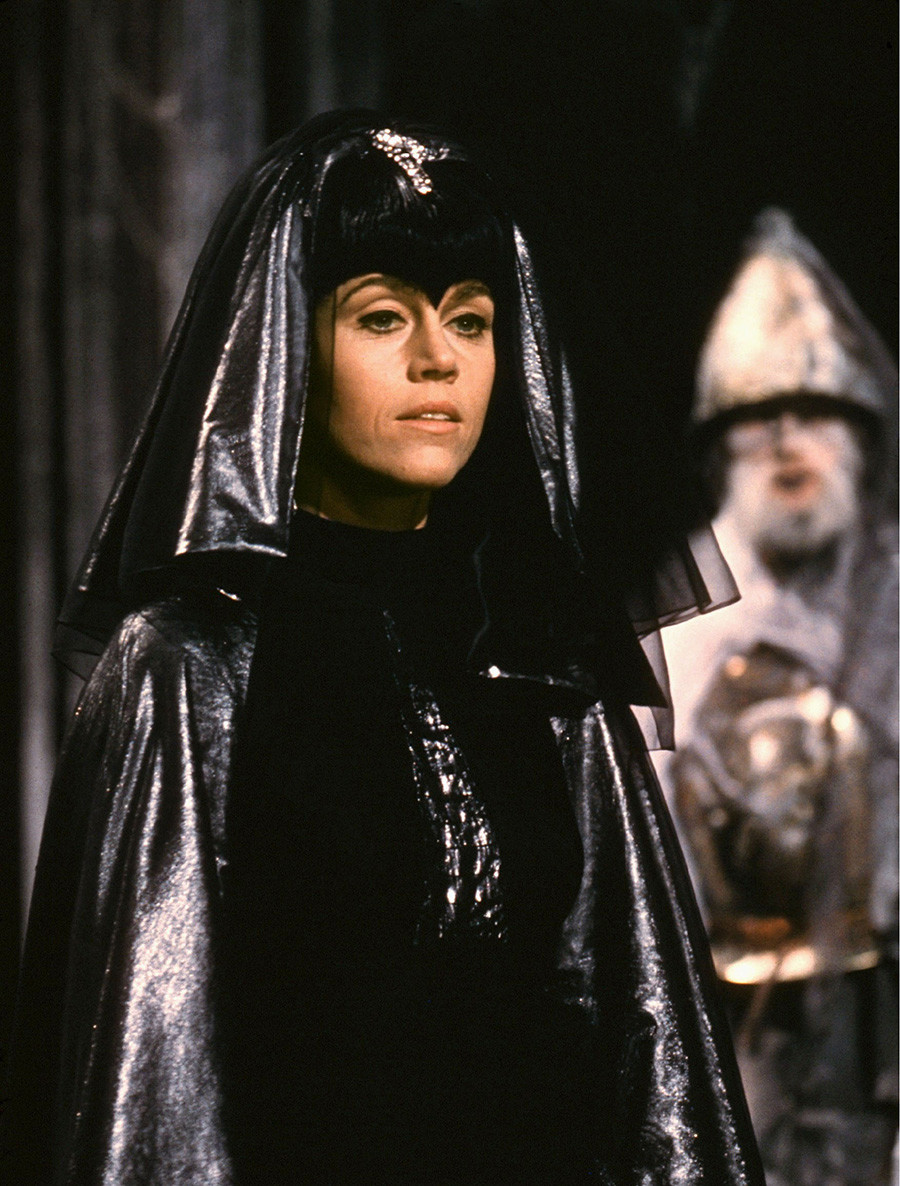 Actress and “aerobics queen” Jane Fonda was well-known to Soviet audiences from the first ever Soviet-American fantasy film The Blue Bird (1976). Despite her overly sexual image as Barbarella in the film of the same name, Fonda was dearly loved in the Soviet Union, largely due to her political views as a supporter of communist ideas, an opponent of the Vietnam War and a popularizer of healthy living. It chimed perfectly with Soviet views. 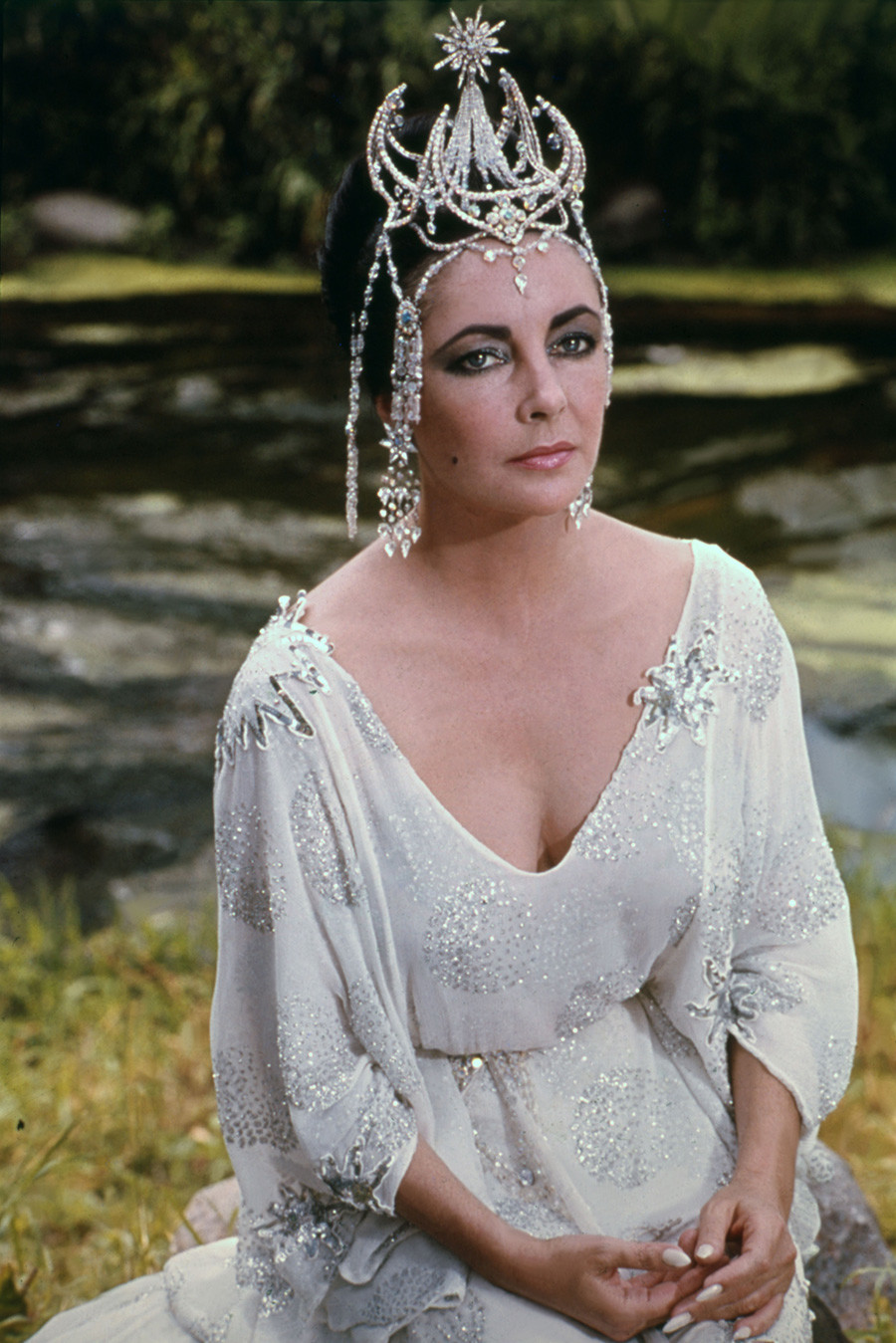 She too starred in The Blue Bird and visited the Soviet Union on several occasions. For Taylor’s sake, the Lenfilm studio even got a makeover, including the installation of foreign toilets. During her nine months of filming in the Soviet Union, the scandal-provoking actress only added to her reputation. 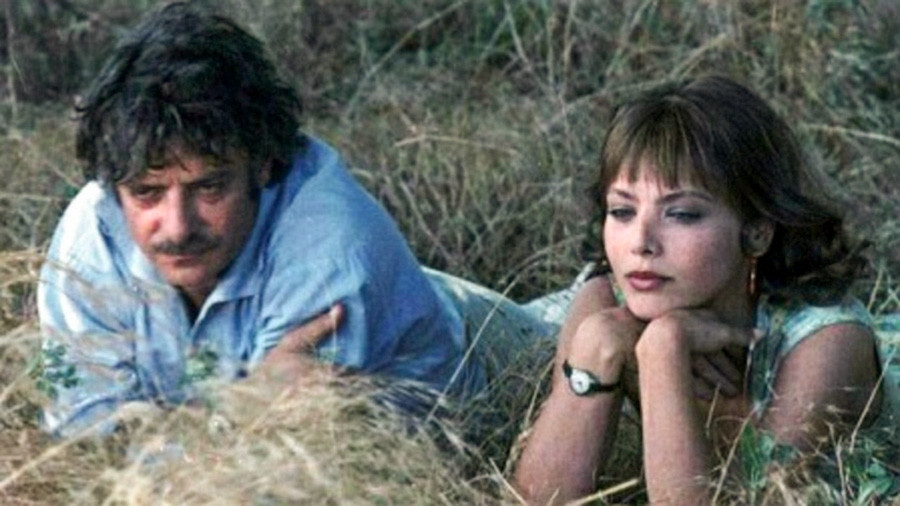 This Italian movie star appeared in Grigory Chukhrai's 1980 film Life Is Beautiful — her only experience of working with a Soviet director (“although I would have liked to [work with others],” she said). Above all, she was struck by the “interpreters” assigned to her and who controlled her every step, and that the foods and cigarettes she was accustomed to could only be found in the specialized store Beryozka, which ordinary Soviet folk were not permitted to set foot in. 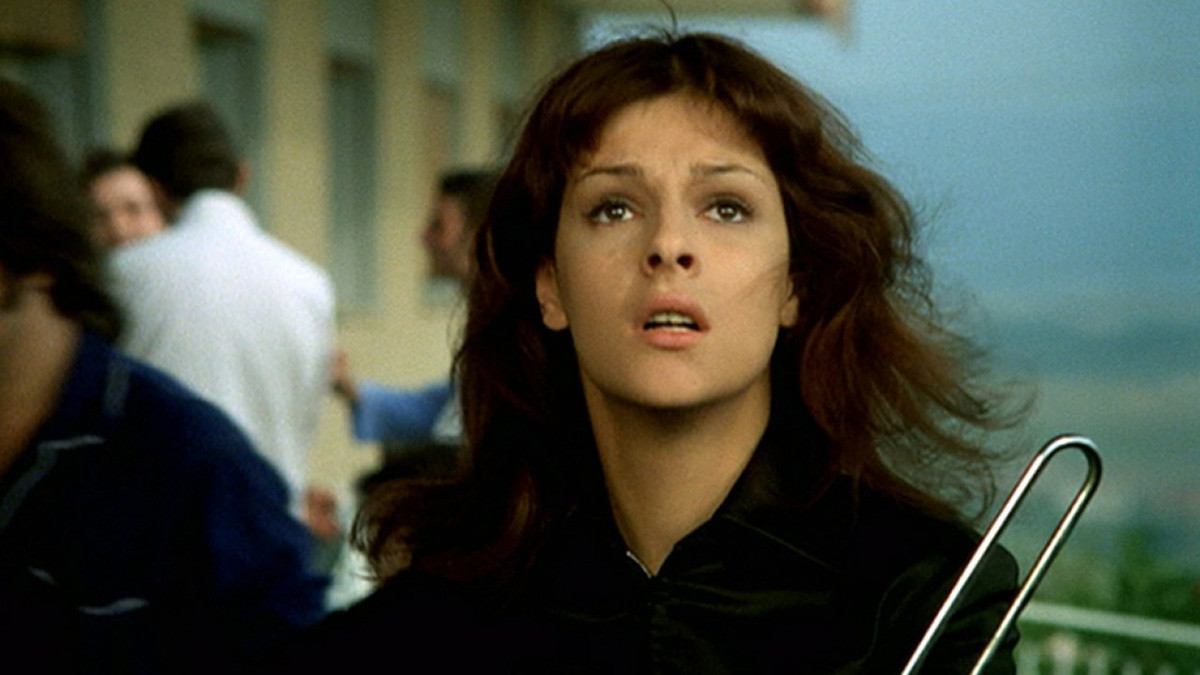 The 1970s Italian sex symbol Antonia Santilli shook Soviet cinema to the core. She played the role of Olga in Eldar Ryazanov's comedy The Unbelievable Adventures of Italians in Russia, which became the 24-year-old star’s last on-screen appearance. The film turned her life upside down: proposed to by a wealthy businessman, she promptly quit movies, modeling and shoots for men’s magazines. 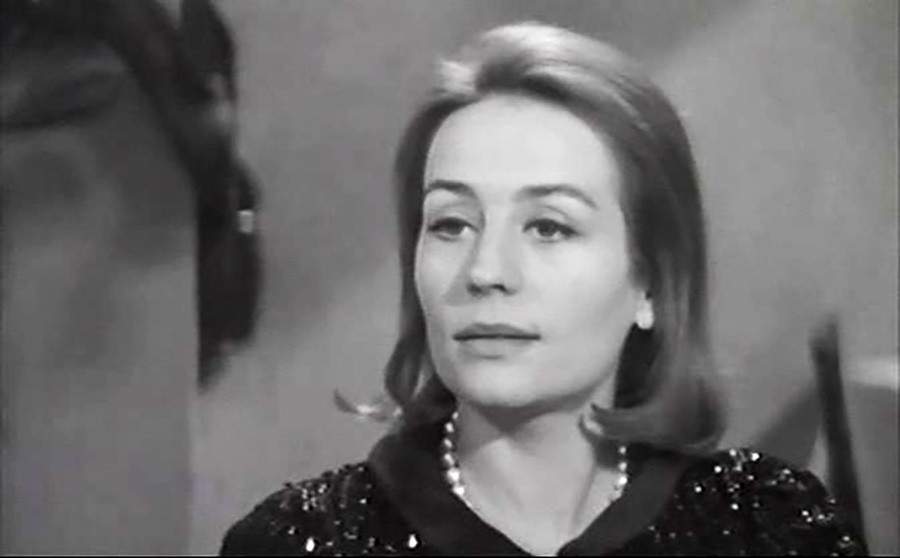 The winner of three Césars, Girardot, besides French cinema, of which there was far more on Soviet screens than Hollywood, is remembered for a tiny role in Sergei Gerasimov’s The Journalist (1967), in which she played herself. Later, in 1989, she worked with another Russian director Valery Akhadov in the film Ruf. The actress also appeared in some of Akhadov’s productions at the Magnitogorsk Theater in the South Urals, where she flew quite often, saying that there she “did not feel lonely.” 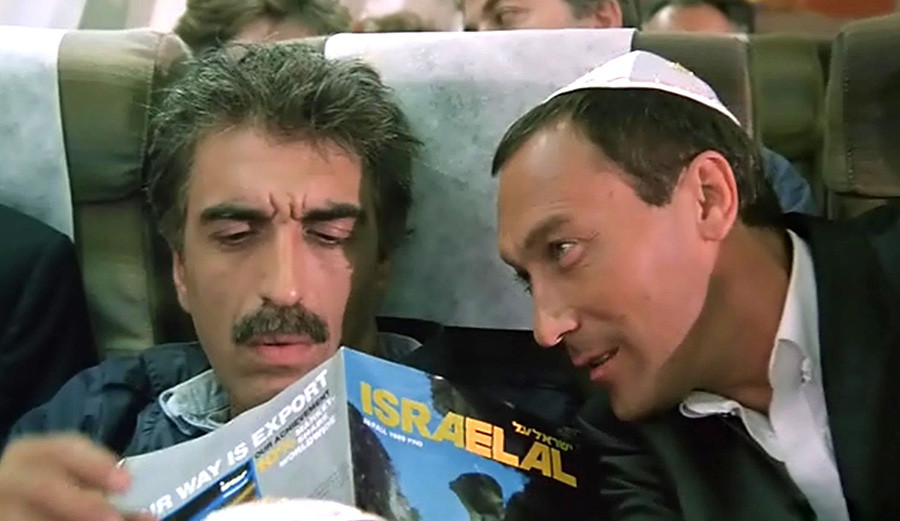 Hailing from a family of Algerian Jews, Darmon appeared in the lead role in Passport by Georgy Danelia. Although Nicolas Cage was initially cast in this role, it transpired after two months of preparatory work that the actor’s fee was unaffordable. Darmon played two roles at once: Merab, a Georgian who does not want to emigrate to Israel because of his mother, and an inhabitant of the Caucasus, who is persuaded by his wife to leave for Israel. Darmon is neither Georgian nor from the Caucasus, but Danelia thought that the Frenchman would fit the role of both. 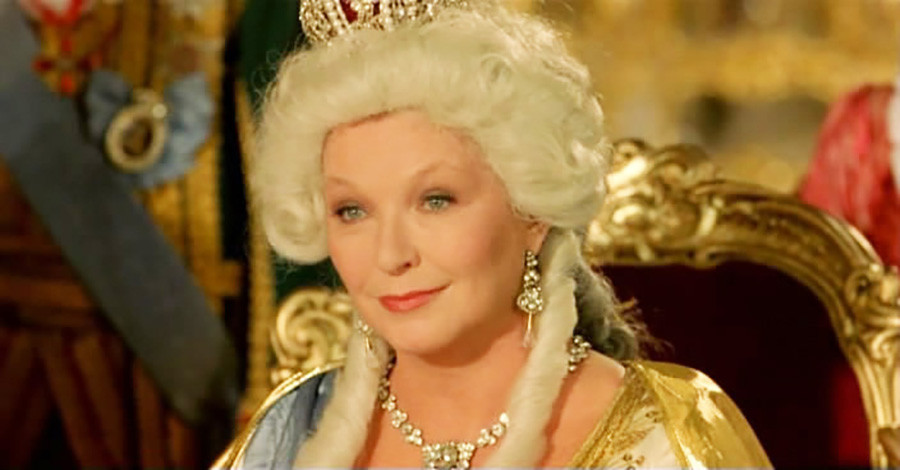 This French actress with Russian roots, the last wife of the popular Soviet singer-songwriter Vladimir Vysotsky, appeared in relatively few Soviet films. She had roles in the television miniseries In Search of Captain Grant, based on Jules Verne’s novel In Search of the Castaways, as well as in Dreams of Russia and Drinkers of Blood, but with the collapse of the USSR she disappeared from the screen for 11 years. 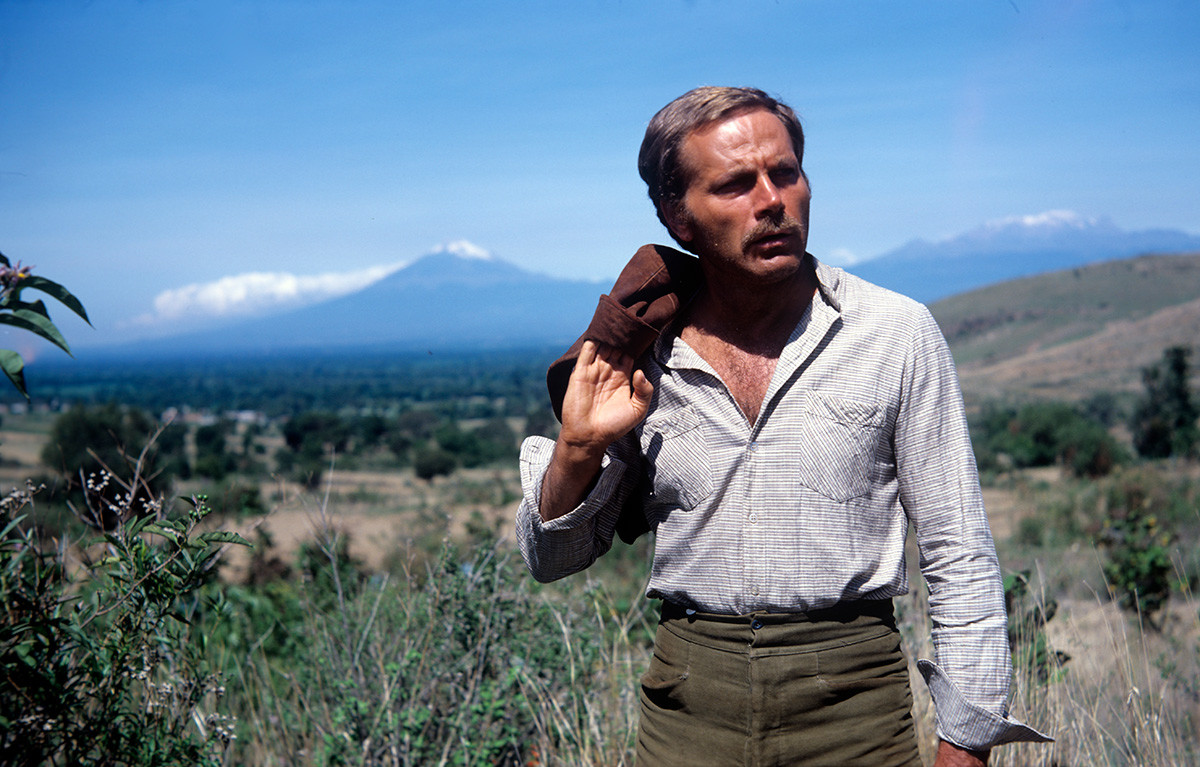 The star of Django, Django Unchained and dozens of westerns, Nero was one of just a handful of Western actors whose appearance in Soviet-bloc cinema did not raise any eyebrows. In Russia he made four films, including Sergei Bondarchuk’s historical epic Red Bells (1982) and I Saw the New World Born, based on the book by John Reed. 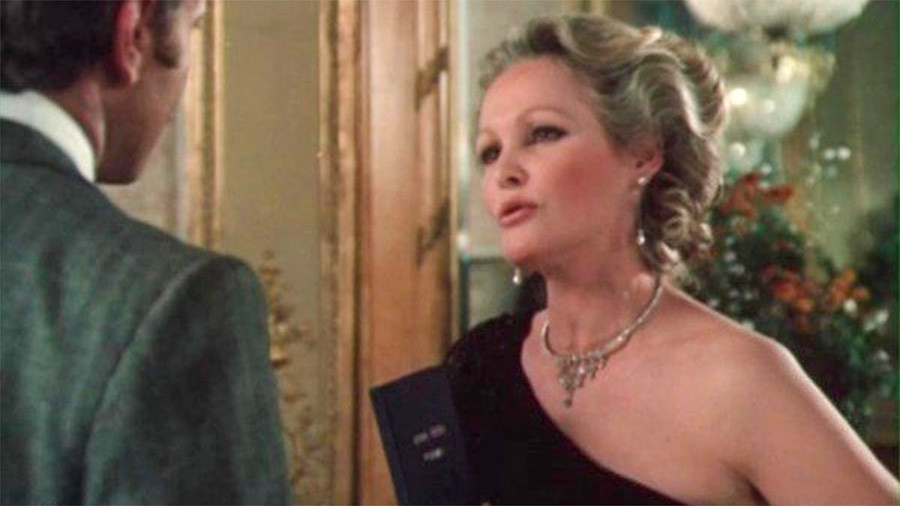 The Swiss actress, best-known as the very first Bond girl, joined Franco Nero in Bondarchuk’s Red Bells. This was the first of a two-part film about the Mexican Revolution of 1910, but Andress added spice to the historical drama with a nude scene. 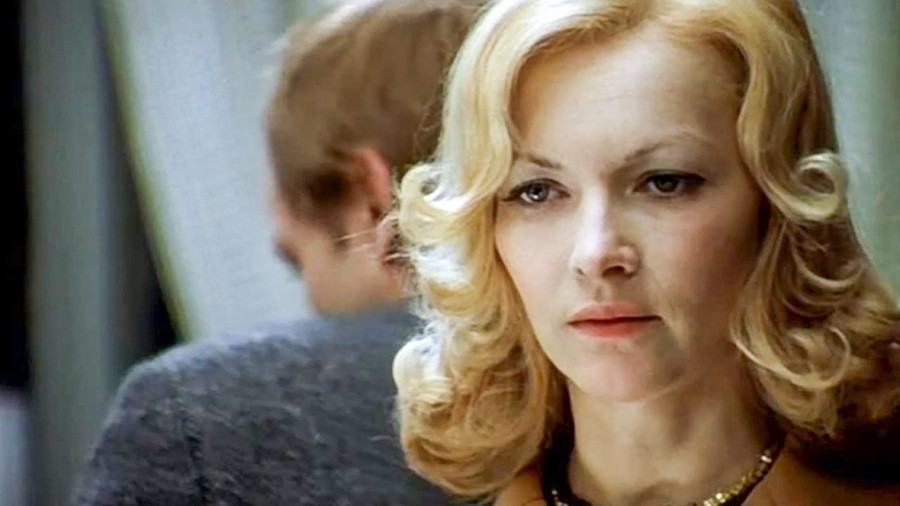 A sex symbol in her homeland of Poland, Brylska was practically unknown in the USSR. But that was before a starring role in Eldar Ryazanov’s 1975 smash hit The Irony of Fate, shown every New Year’s Eve ever since, made her a superstar in the land of the Soviets. Her character Nadia made guitar-playing women with curly hair fashionable for years to come.

For the picture, Brylska received a Soviet state award, which, in her own words, was never forgiven in Poland. Back home practically all roles dried up for the actress, who was considered almost a traitor due to the strained relations between the two countries. 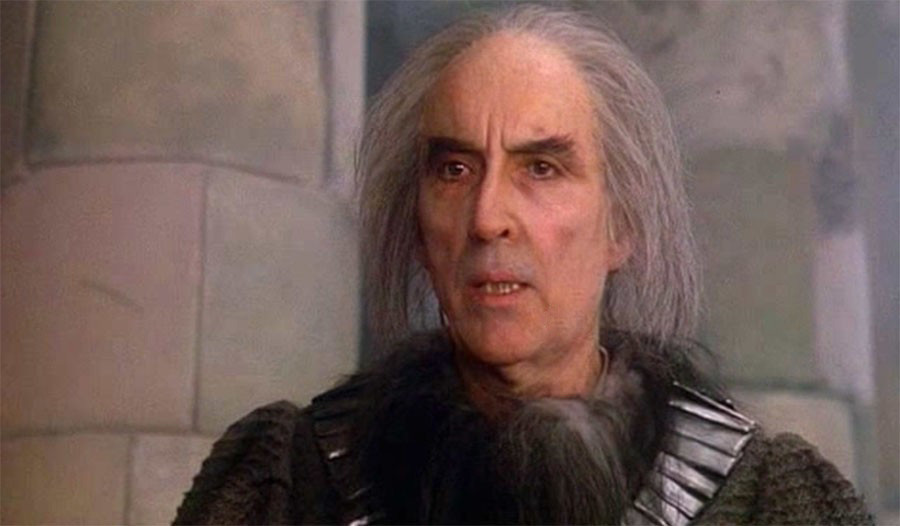 Another foreigner who appeared in Mio in the Land of Faraway, a Soviet-Scandinavian film adaptation of Astrid Lindgren’s fairy tale. In it, the future Saruman in The Lord of the Rings honed the role of villain, playing a sorcerer who kidnaps children and turns them into birds.

“I remember this film well, because during the shooting my wife and I celebrated our 25th anniversary. We were put up in the National Hotel, with a window view of Red Square. On each floor there sat a woman, known as the dezhurnaya [attendant], who handed out and took back the keys to the rooms when the guests went out. You don’t forget such things,” said the actor in an interview.