7 Russian movies about surviving the Gulag 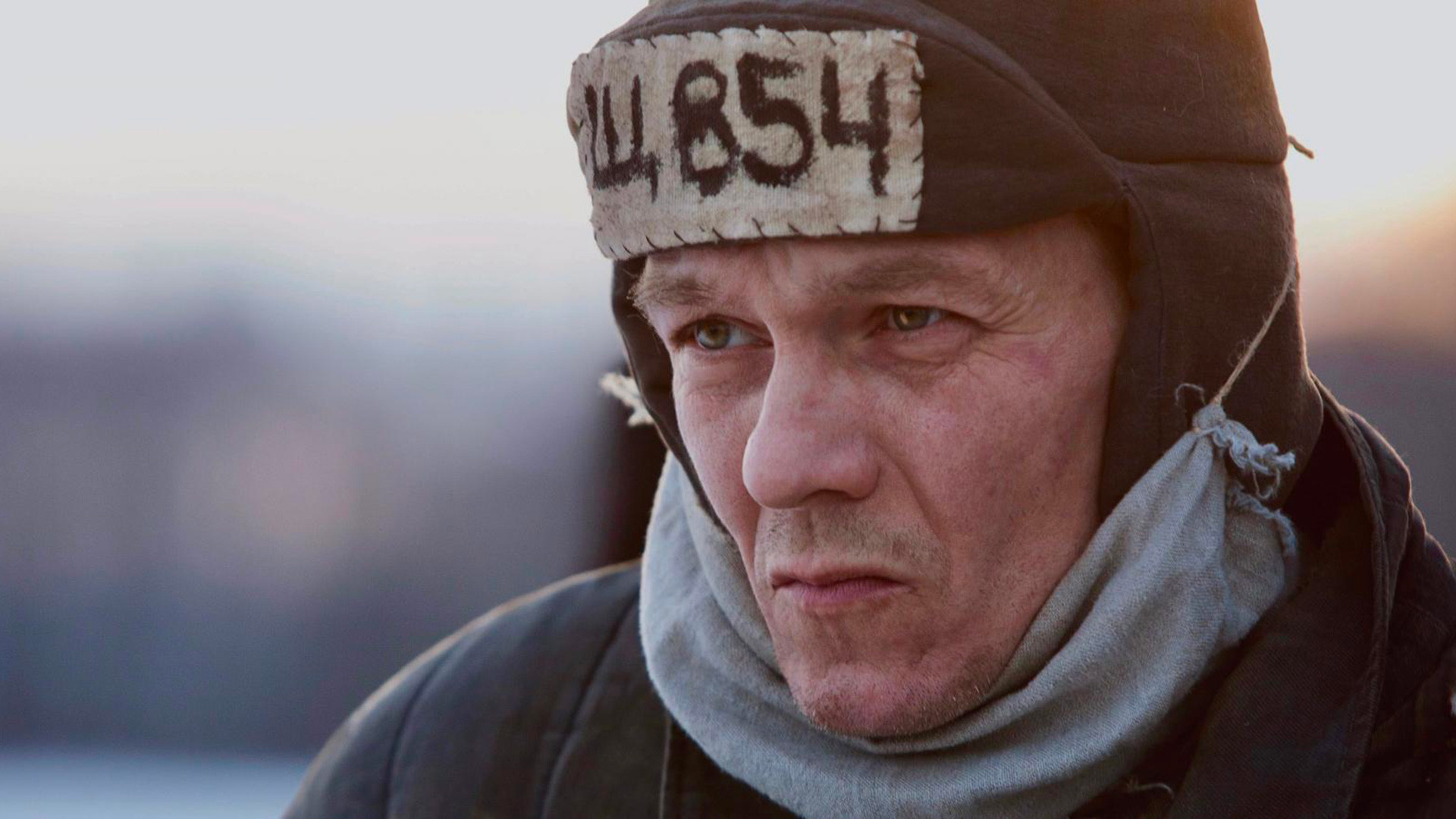 A still from 'Ivan Denisovich' movie, based on Alexander Solzhenitsyn's novel

Gleb Panfilov/Rossiya 1 TV Channel, 2021
There were no movies about Stalin’s notorious camps made in Soviet times. The Russian film industry could only turn to this subject matter after the collapse of the USSR. 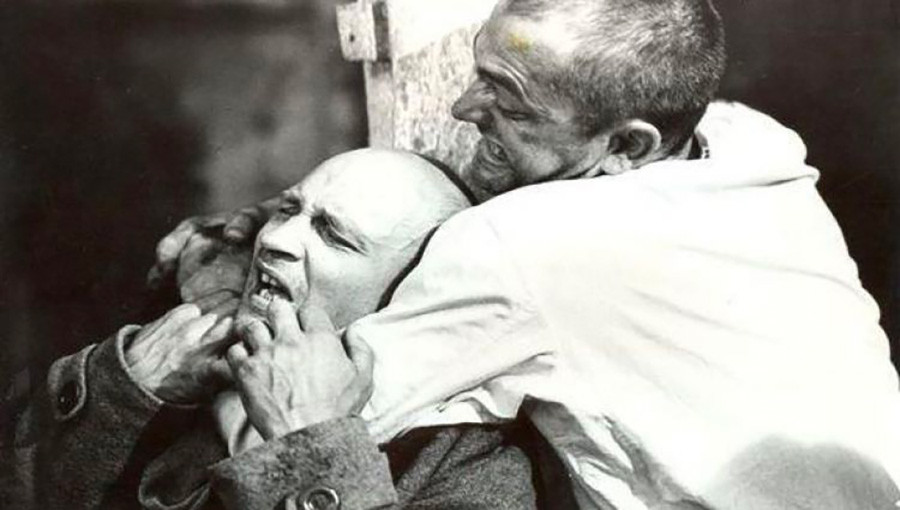 A personal drama of a young couple unfolds against the backdrop of the post-war period. The girl’s father, a former NKVD (secret police) officer, is opposed to the relationship and denounces his daughter’s boyfriend. The young man is arrested, beaten during interrogation and signs a fabricated confession under duress. He is sent to a Gulag camp, where he has to fight for his survival amid hard labor, severe frost and terrible hunger.

Director Gennady Beglov based this autobiographical movie on his own novella of the same name. However, Soviet censors did not like the movie’s experimental ragged cinematic language and the movie did not have a wide release. 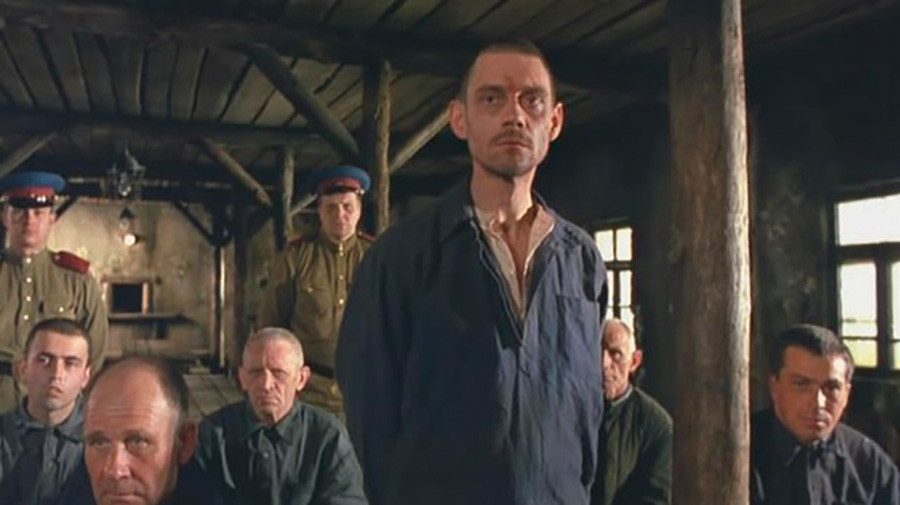 A British archaeologist who is working at a dig in northern Iran is mistaken for an American spy by the Soviet secret services. He is abducted and taken to Moscow and then to a remote Siberian camp, where he tries to preserve the remnants of humanity, despite the cruel treatment of the guards and the depravity of hardened criminals, who are kept at the camp together with political prisoners.

In Russia, the Gulag touched many lives: people had relatives, parents, friends in the camps. This story became a very personal one for director Alexander Mitta, who had heard firsthand accounts of life in the camps from his own mother. This helped him create a very visceral movie, which went on to receive international recognition, including a Golden Globe nomination. 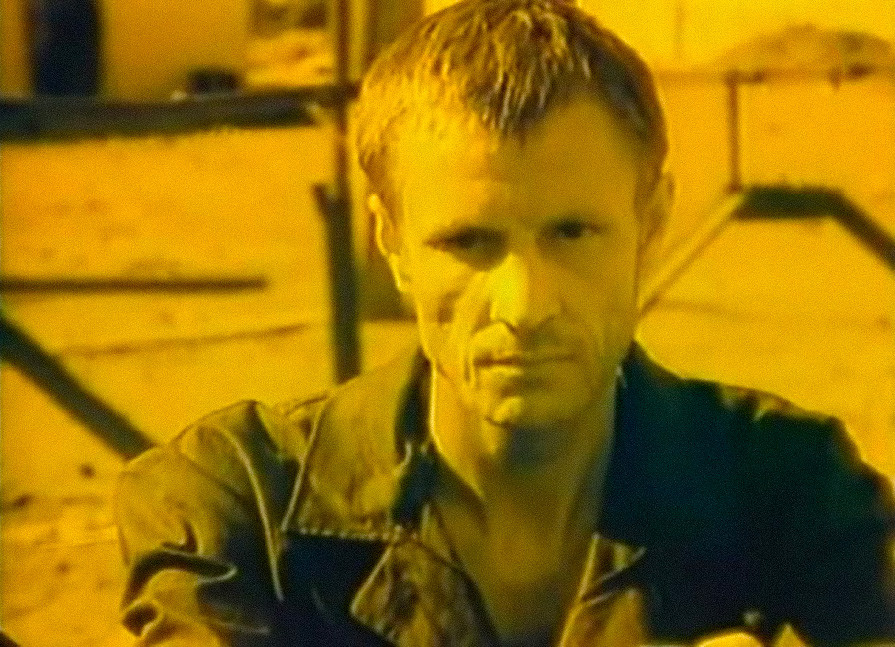 In 1954, there is a major riot in a Gulag camp in Soviet Kazakhstan. (Click here to read more about the Kengir uprising). After the uprising is brutally suppressed, a young policeman arrives at the camp to investigate a strange case: two prisoners have escaped during the riot and in order to survive in the desert, one of them kills and eats the other... 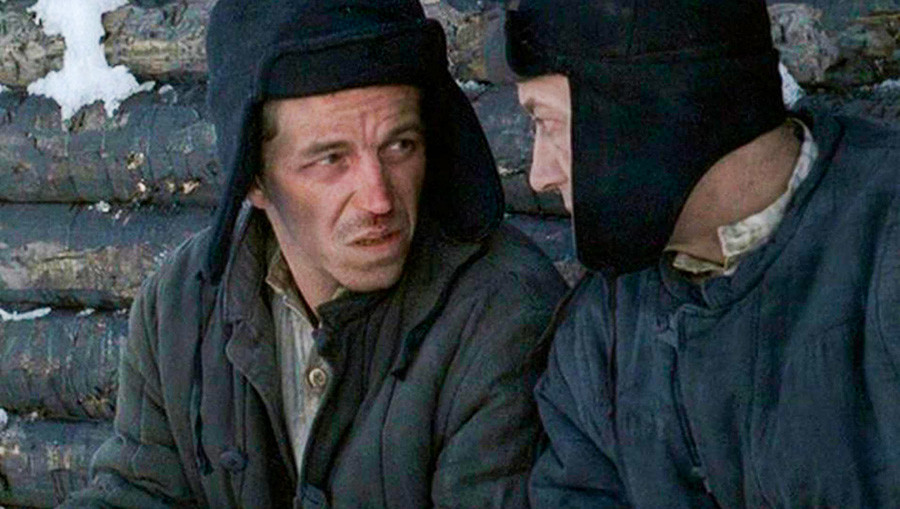 This TV show is based on the biography of Varlam Shalamov, author of the famous Kolyma Tales, the most honest and cruel story of a person’s life in a Gulag camp (click here to read excerpts from the book).

As a young man, Shalamov is convicted for disseminating ‘Lenin’s Testament’, Vladimir Lenin’s banned letter to a party congress, in which he criticized Stalin. The series shows the unbearable hard labor Gulag prisoners had to endure in extreme weather conditions. The camps in Kolyma were some of the most brutal ones: prisoners there often suffered from frostbite and hunger and were subjected to severe punishments whenever they failed to meet the unrealistic performance targets set for them. 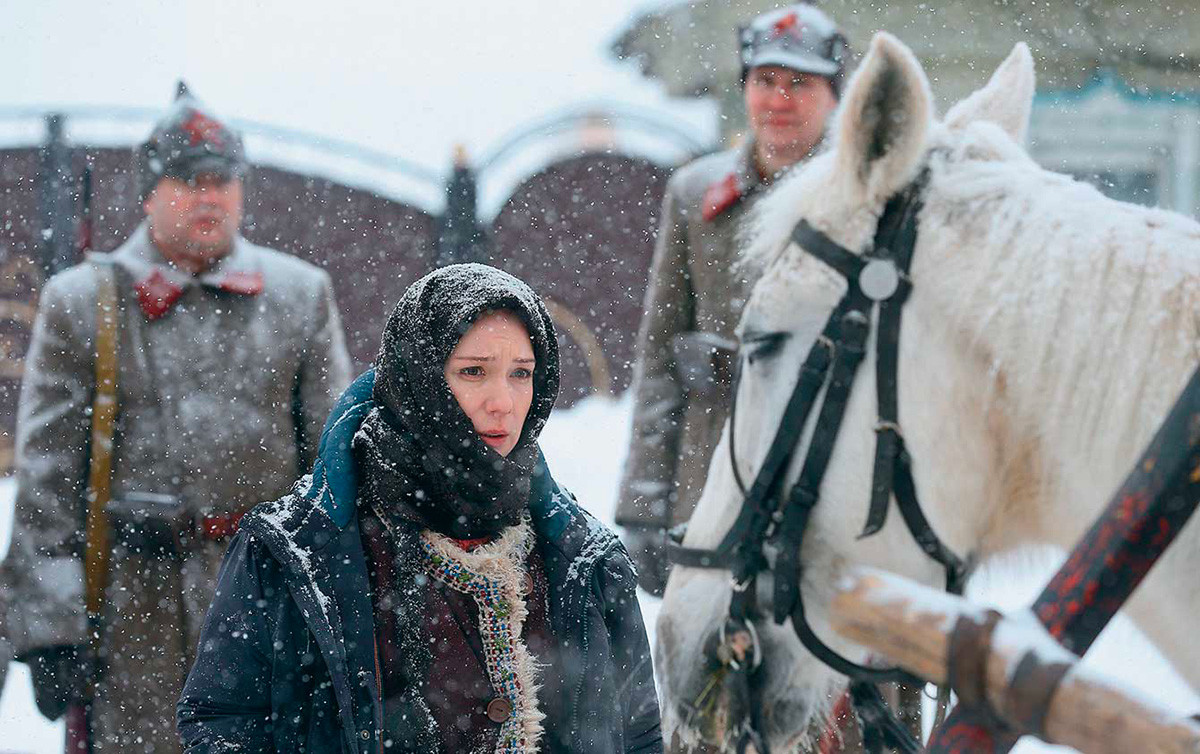 The Gulag system consisted not only of labor camps, but also of special settlements. This mini-series and the bestselling book of the same name by Guzel Yakhina is set in one such settlement.

In the early 1930s, the Soviet government launched a campaign aimed at dispossessing well-off peasants. The husband of a Tatar woman named Zuleikha tries to resist it and is killed. She, along with other dispossessed peasants, is then sent deep into Siberia, where in the middle of the inhospitable taiga, they must build themselves a place to live and find food. 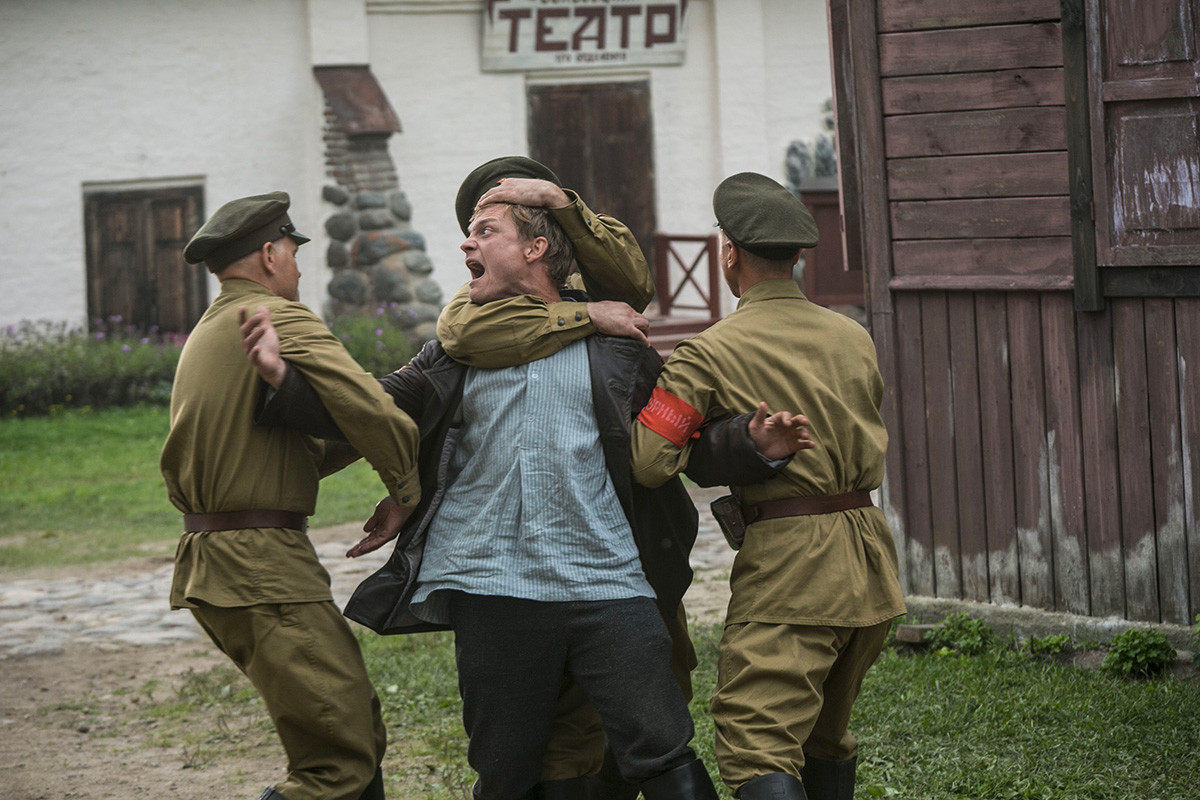 This mini-series is based on another bestselling book about the Gulag, The Monastery, by Zakhar Prilepin.

The protagonist Artyom finds himself at the Solovki special labor camp, one of the first Gulag camps in the country. There, he meets a motley crew of fellow inmates - from hardened criminals to former priests and intellectuals.

Artyom is trying not only to survive in the camp, but also to secure the best possible living conditions for himself. To this end, he even starts an affair with a female prison guard... 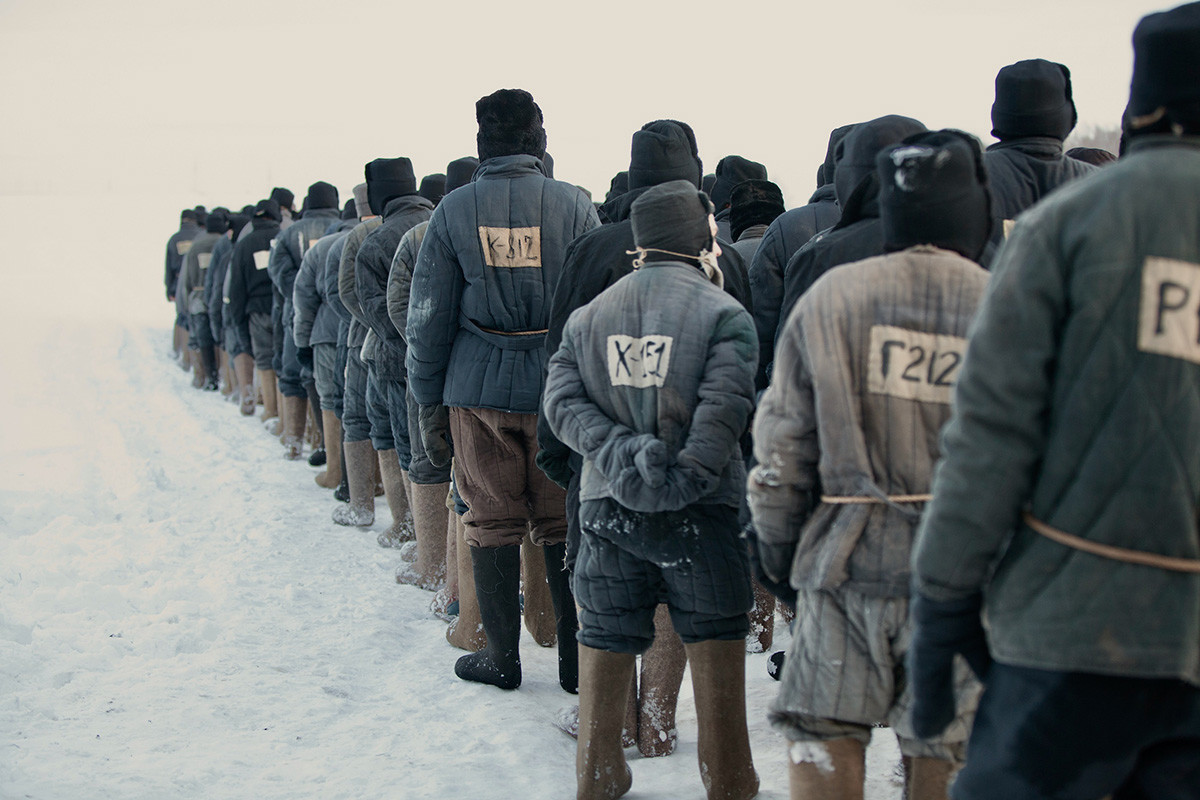 Many Soviet citizens who managed to escape from German captivity during World War II were accused of espionage and sent to the Gulag. This is what happened to the movie’s main character, Ivan Denisovich Shukhov. His day in the camp starts at five in the morning and is spent in hard labor in unbearable conditions, with only thin gruel and a crust of bread for food.

The Gulag was first mentioned in Soviet literature in 1962, when Alexander Solzhenitsyn’s short story One Day in the Life of Ivan Denisovich was published in the New World literary magazine with the personal approval of Soviet leader Nikita Khrushchev. The author had spent almost 10 years in the camps and was well familiar with prisoners’ everyday life that he described. He later wrote a major nonfiction work about the Soviet camp system titled The Gulag Archipelago.

After Khrushchev was deposed and the short political thaw was over, copies of One Day in the Life of Ivan Denisovich were removed from libraries and Solzhenitsyn himself became an outcast. The story was only published in Russia again in 1990. In the West, it was adapted for the big screen back in 1970, whereas in Russia its first ever adaptation was released only in 2021. 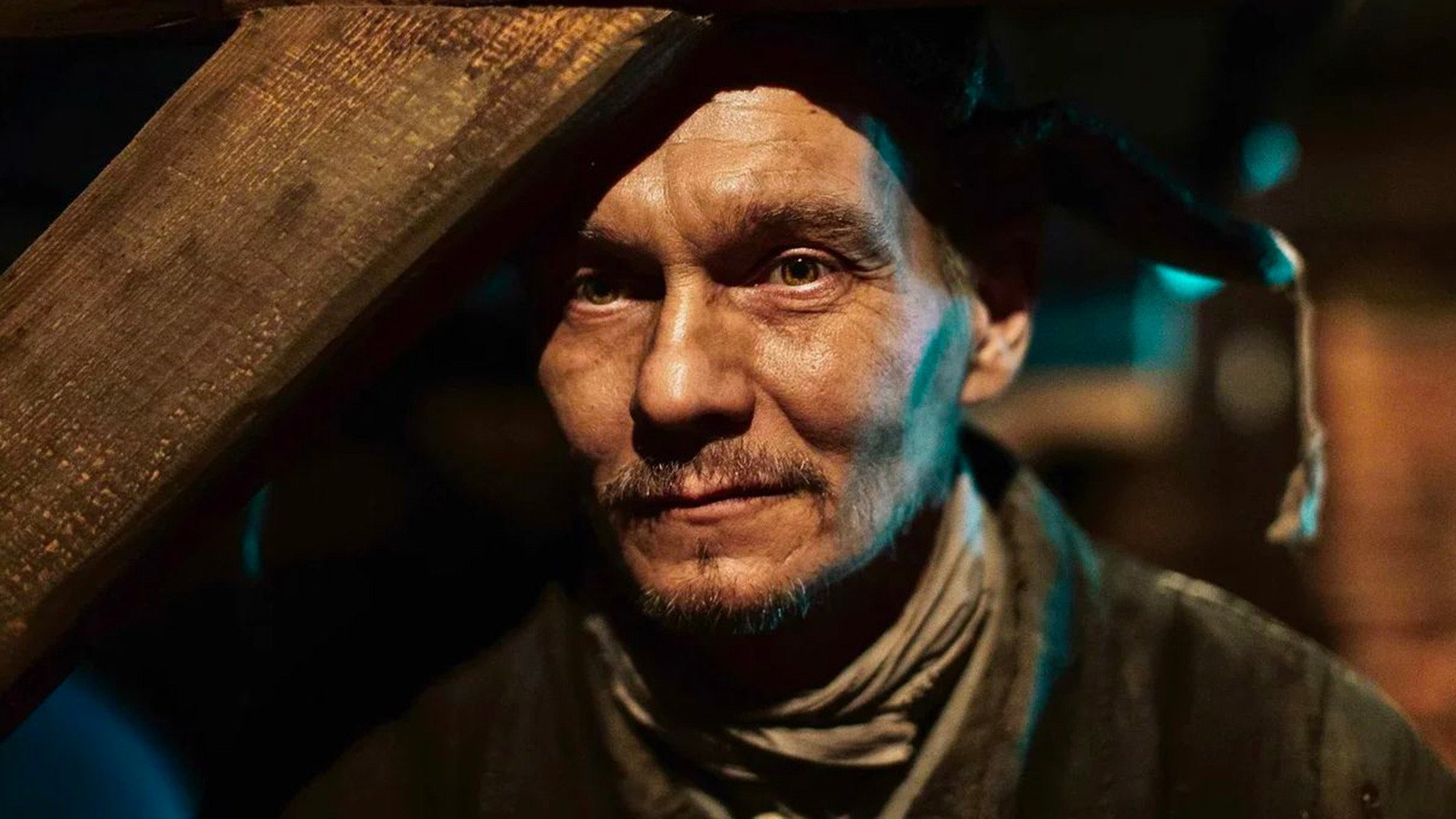 The director Gleb Panfilov is well acquainted with Alexander Solzhenitsyn’s works, as he had already made a movie based on his novel The First Circle. In Ivan Denisovich, he introduced considerable changes to the original book, adding (to critics’ discontent) an element of a fairy tale: his hero overcomes all trials on the path to goodness and epiphany. Solzhenitsyn’s book did not have such an optimistic theme. At the end of the story, the protagonist goes to bed contented, but for him the source of happiness was simply that he had not been put in a punishment cell and had not fallen ill. “Thank God, another day is over!” Shukhov sighs in the book.