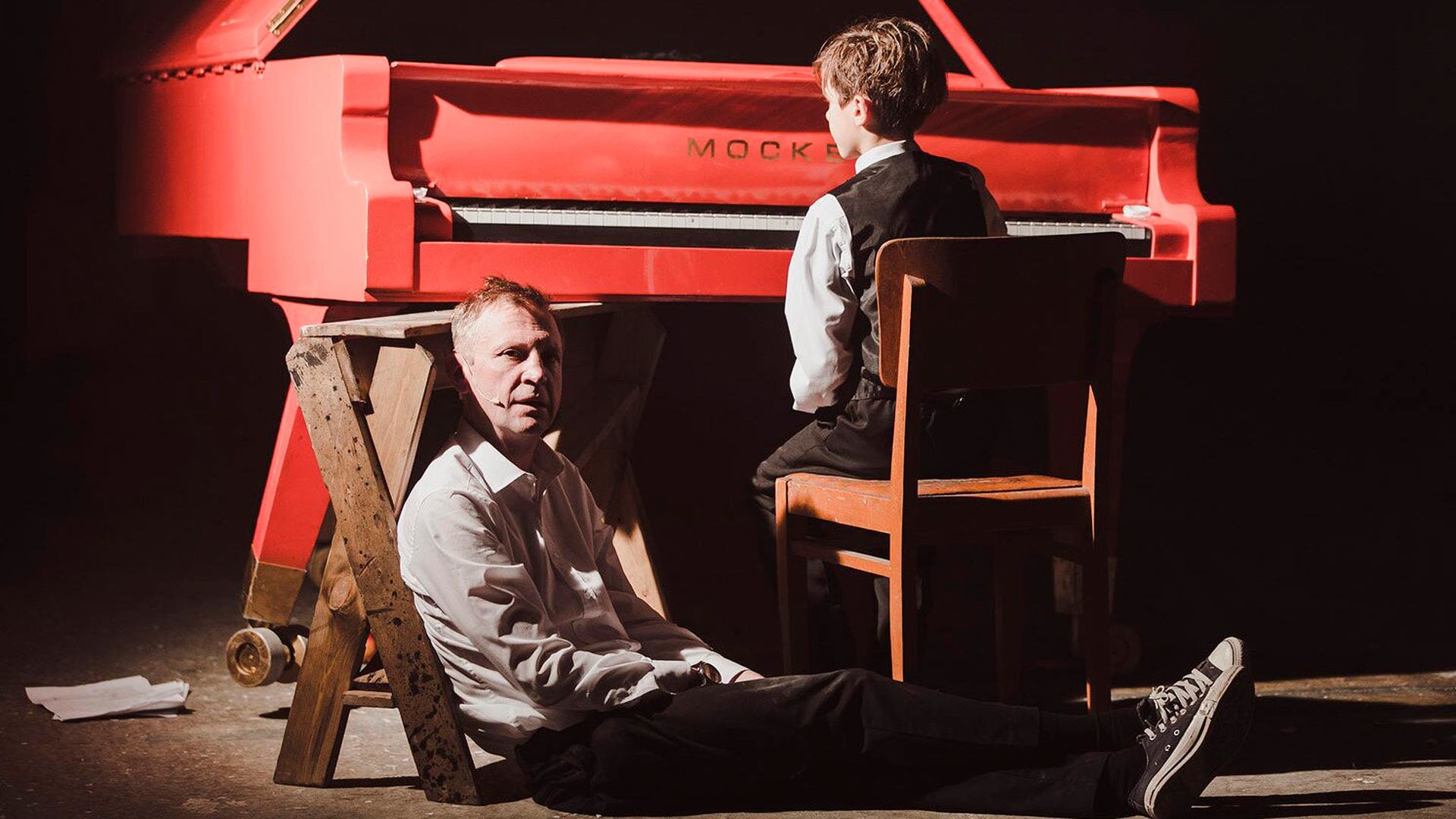 Ksenia Ugolnikova / Stage Russia
The most exciting Russian stage productions presented both in cinemas and online.

Visiting Russia is still a big issue for many tourists due to the pandemic restrictions. Some people still manage to come despite all the difficultes - read more about them here.

But there is good news that will melt the hearts of avid theatergoers. Some incredibly interesting best-selling Russian performances are available to watch both online and in cinemas of the U.S., Canada and the UK.

All performances are filmed in front of a live audience and are presented in Russian with English subtitles.

The Stage Russia HD project has been bringing the best of Russian theater to audiences worldwide since 2016. Its founder, Eddie Aronoff, an American with Russian roots, has already arranged a dozen of great productions to be broadcast outside Russia. 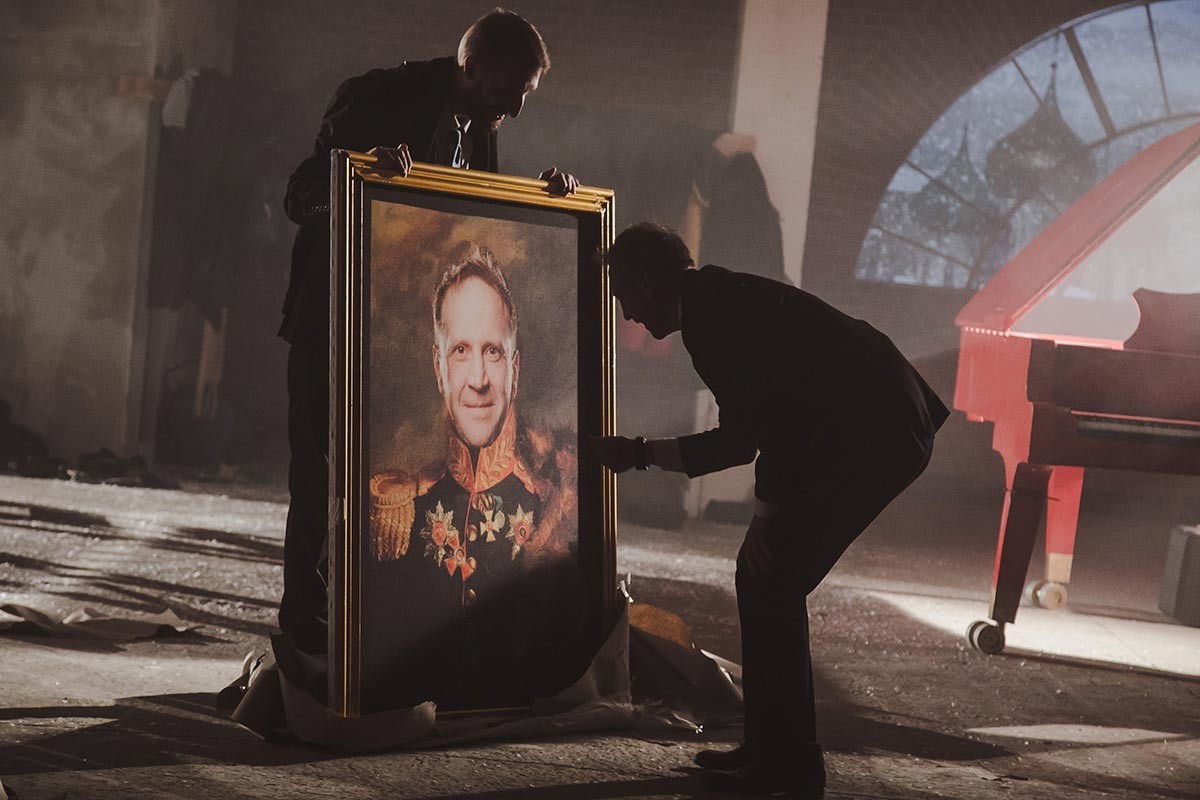 A flying raven, a poet, a folk choir, saints and sinners, living and dead. This dark but brilliant performance is staged by one of the most renowned Russian stage directors, Dmitry Krymov. It's based on Alexander Pushkin's magnificent tragedy "Boris Godunov" and is a metaphor about the fate of Russia, its rulers and eternal values, showing a direct line from today’s Russia to its imperial past.

The performance is first being staged at  the medieval Provision Warehouses of the Moscow Museum. "Boris" features incredible actors, such as Mikhail Filippov, Viktoriya Isakova (renowned for her role in 'To the Lake' series), Maria Smolnikova and Timofey Tribuntsev.

To find the dates in cinemas & online and buy tickets, visit the website www.stagerussia.com/boris 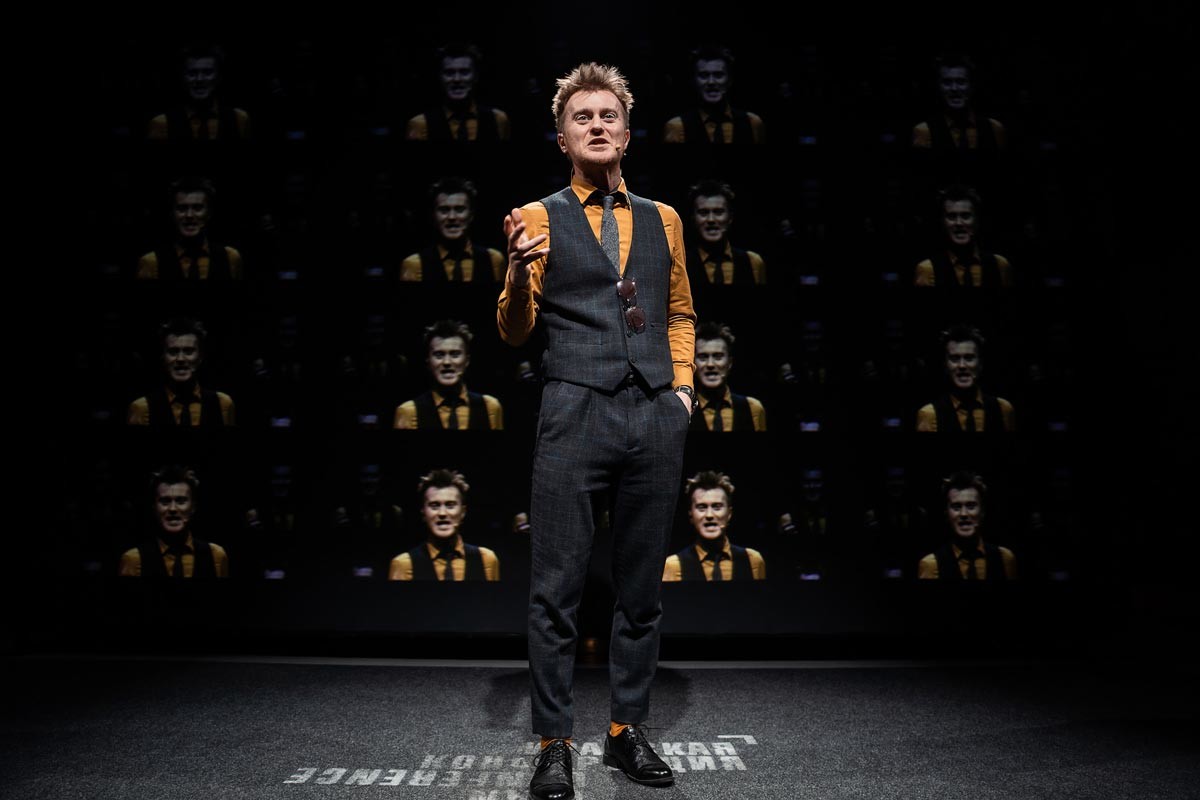 A symposium is held where influential public figures and scientists gather in Denmark to discuss the clash of modern Western liberal ideology with traditional religious consciousness and way of life. However, official reporting turns into a lively conversation about spirituality, ethical dilemmas and personal experiences related to the condition of humanity today.

The whole piece is a true-to-life philosophical parable about humanity, faith and love. Written by prominent modern playwright Ivan Vyrypaev, this was staged in several Russian theaters. This production was brought to life by Igor Sergeev, Vladimir Kuznetsov at ‘Takoi Theatre’ in St. Petersburg

To find the dates in cinemas & online and buy tickets, visit the website www.stagerussia.com/iranconference

3. Everyone is here, School of Modern Plays, Moscow 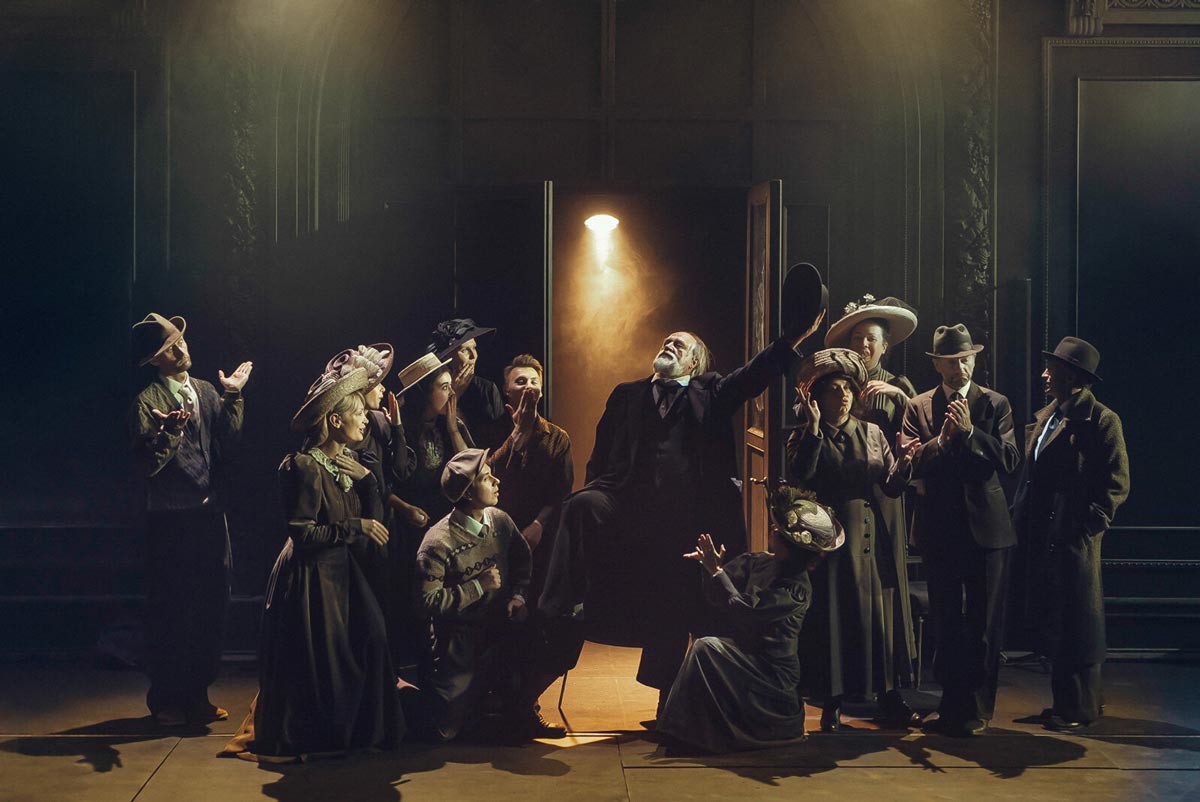 This production directed by Dmitry Krymov is his very personal interpretation of Our Town, the Pulitzer-winning play of Thornton Wilder. This postmodern piece is a performance within a performance. It shows American small town realities, and at the same time brings the spectator behind the curtains of theatrical life.

Dmitry Krymov was born into the family of prominent Soviet theater director Anatoly Efros and theater critic Natalia Krymova, so he was immersed in theater life from his childhood. He had a long-standing desire to create a work dedicated to his parents. And the American touring production of Our Town they watched together in the mid-1970s became his inspiration.

To find the dates in cinemas & online and buy tickets, visit the website  www.stagerussia.com/everyoneishere 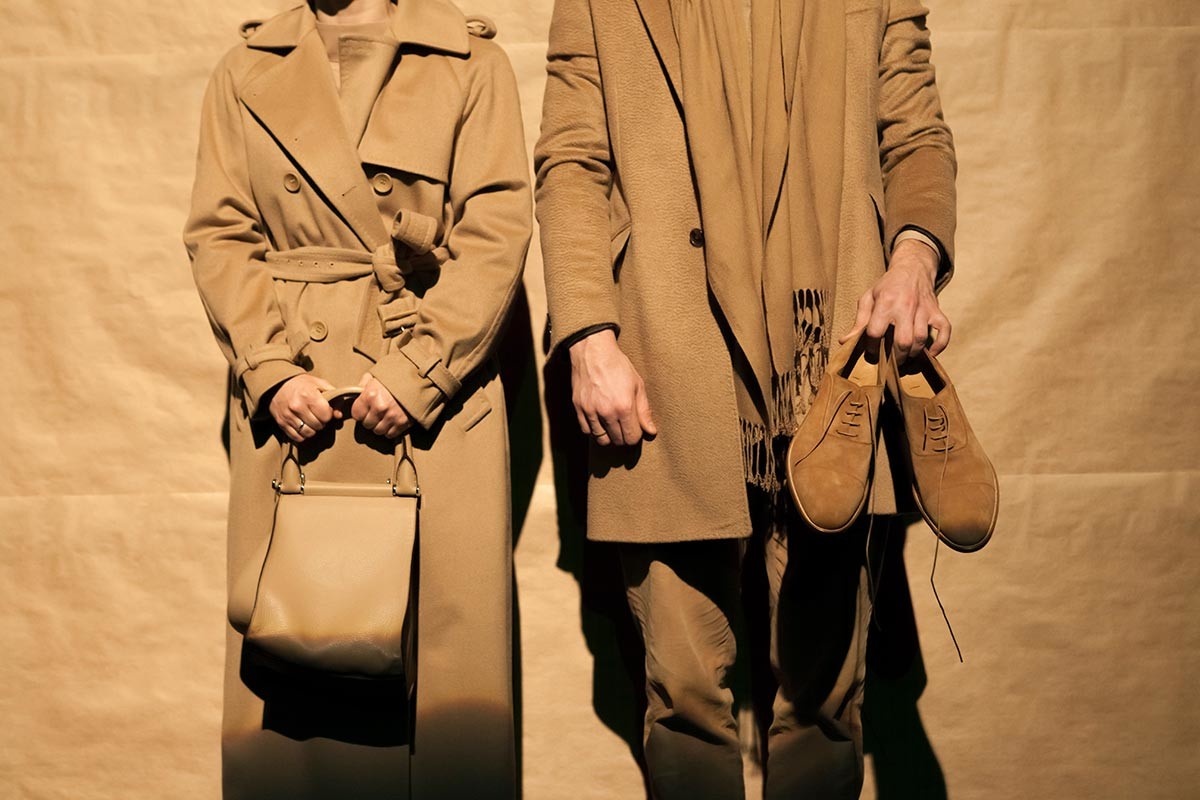 After seven years of marriage a couple is about to pay off their mortgage. And now they are arguing the whole night long about their next plans. What’s next? What are they gonna do? Without being able to make real contact with each other, they delve into discourses on unity and difference, unnecessary and important. And it appears that there is an invisible yet palpable solar line that divides them. 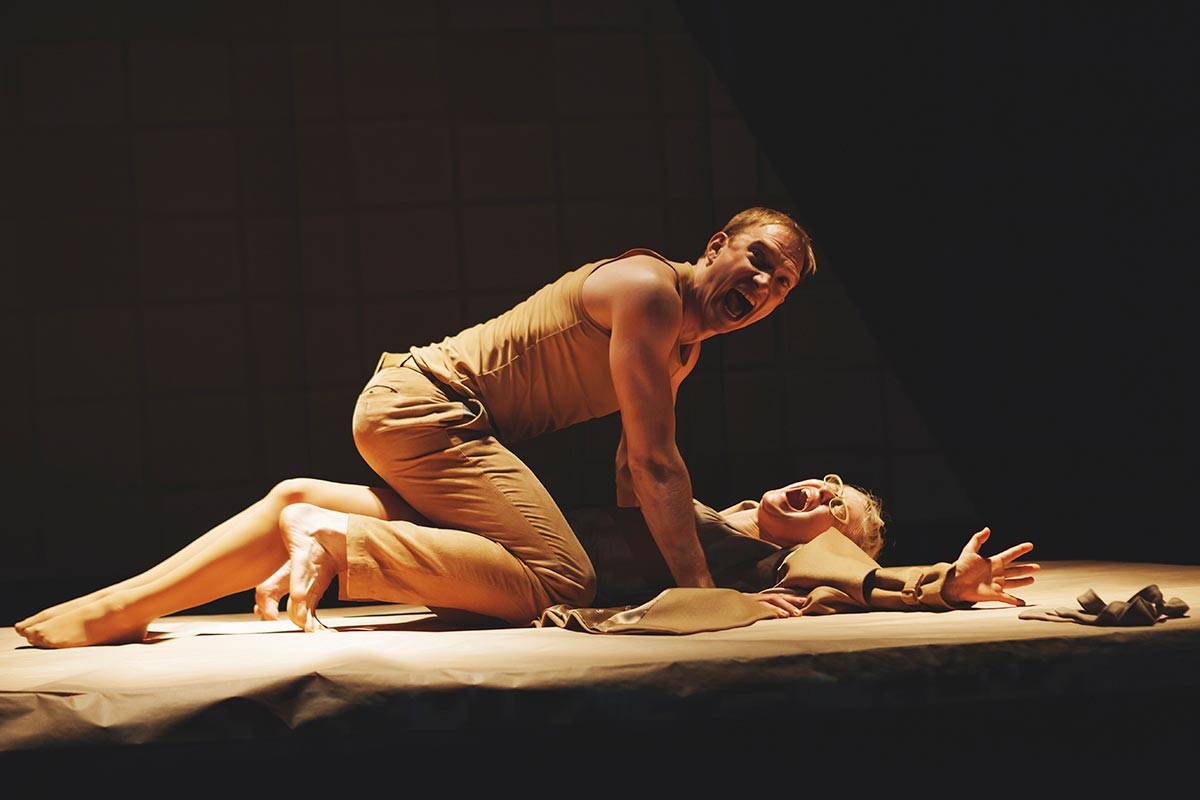 This sharp comedy was written by Ivan Vyrypaev and staged by Viktor Ryzhakov in the Pushkin Theatre. This great performance is also worth watching because it features Yulia Peresild, the first ever actress to travel to space.

To find the dates in cinemas & online and buy tickets, visit the website  www.stagerussia.com/sunline 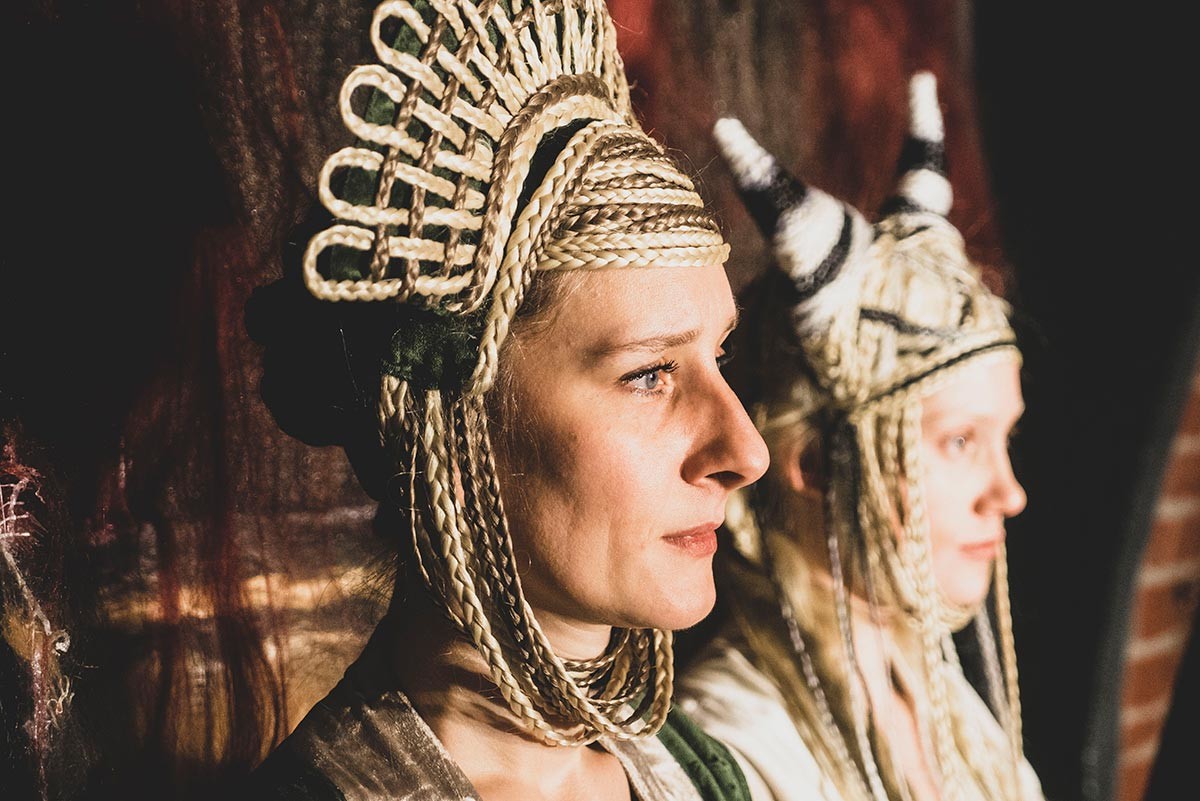 A Russian woman falls victim to online seduction by a member of an Islamic radical sect. She goes to Syria, marries him and upon her eventual return to Russia is tried as a terrorist. What makes a woman abandon her friends, relatives, universities and workplaces for the promise of some shadowy paradise? This play casts a spotlight on a key issue of recent years, when there were hundreds of such cases in Russia, Kazakhstan and Uzbekistan.

Finist the brave Falcon is originally a Soviet movie based on Russian folk tales. And at first glimpse it is far from a fairy tale. However, the metaphor becomes clear: heroine Maryushka seeks and cannot find her betrothed, the mysterious hero, whose face she has never seen but is ready to sacrifice everything in order to meet. This is a production of the independent SOSO DAUGHTERS theater project, directed by Zhenya Berkovich and written by Svetlana Petriichuk.

To find the dates in cinemas & online and buy tickets, visit the website www.stagerussia.com/finist

To rent per title or to purchase a season pass to all titles, visit www.stagerussia.com/pass