TOP 5 movies by Andrei Zvyagintsev you should watch 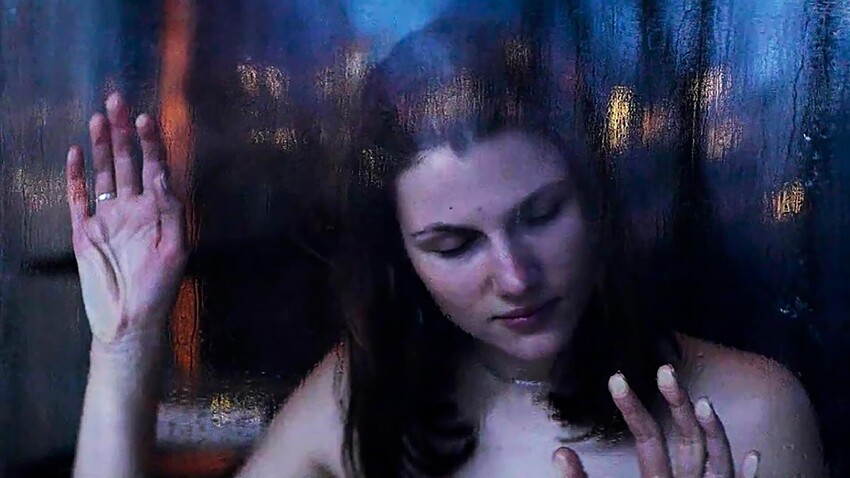 Andrei Zvyagintsev/Non-Stop Production, 2017
Frequently referred to as the Russian Ingmar Bergman, Andrei Zvyagintsev belongs to the new breed of filmmakers thanks to whom Russian cinema has reached a truly global audience.

The Siberian-born director wanted to fulfill his ambition to become a film director since childhood. Inspired by Andrei Tarkovsky, Robert Bresson and Michelangelo Antonioni, Zvyagintsev managed to create his own language of film. A trained actor, he’s never been interested in entertaining people with popcorn movies, rather looking for “partners in crime” to share his fears and weaknesses with. His movies are almost universal in their existentialist appeal, tackling dostoevskian themes of injustice, suffering and betrayal with a modern twist. Zvyagintsev’s movies always have the ambiguity of meaning, with layers and layers of connotations to peel off.

In ‘The Banishment’, Zvyagintsev shines light on the darkest and furthest corners of the human mind. The Russian director studies the nuances, subtleties and complexities of the human soul throughout family relationships. 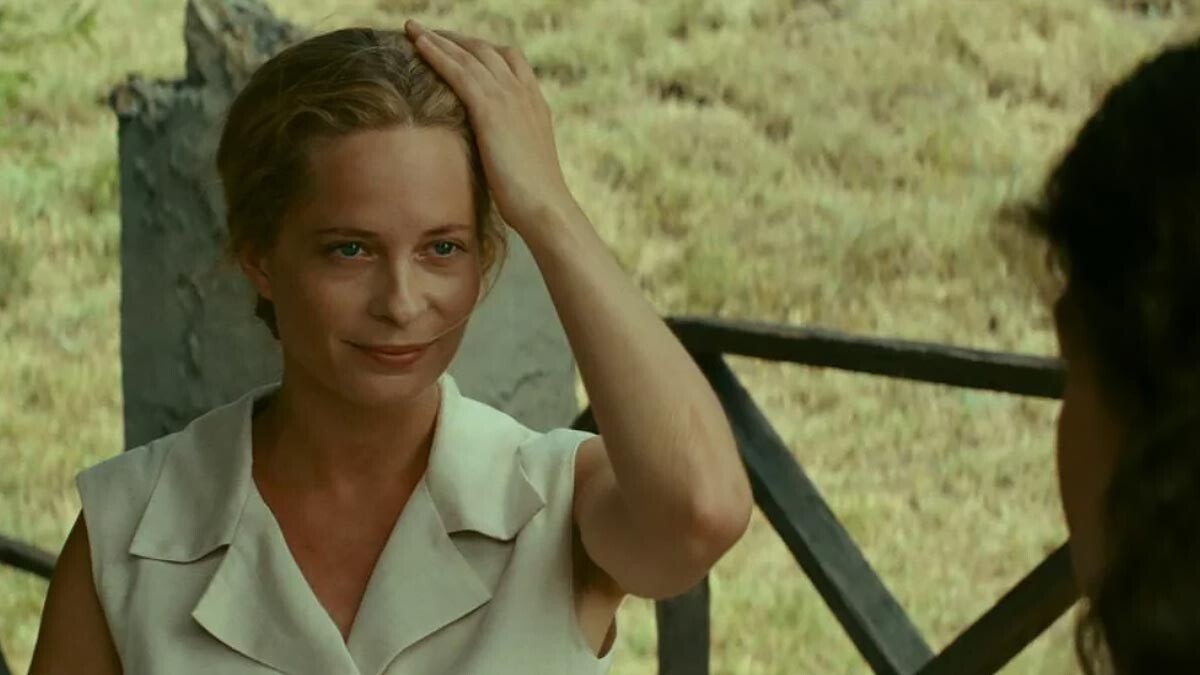 Maria Bonnevie as Vera in 'The Banishment'.

Alex, Vera and their two children spend the summer in the god forsaken place that looks like regular suburbia. Vera is unhappy with Alex, and the day she finds out that she is pregnant, it causes a storm of conflicting feelings in her. Alex interprets his beautiful wife’s confusion and anxiety as a testament to her infidelity. Jealousy will prove to be only the first challenge in a series of trials that the man will have to face.

The movie is set anywhere in general and nowhere in particular, in an unnamed picturesque country crystallized from Belgium, France and Moldova (filming actually took place in all the three countries). 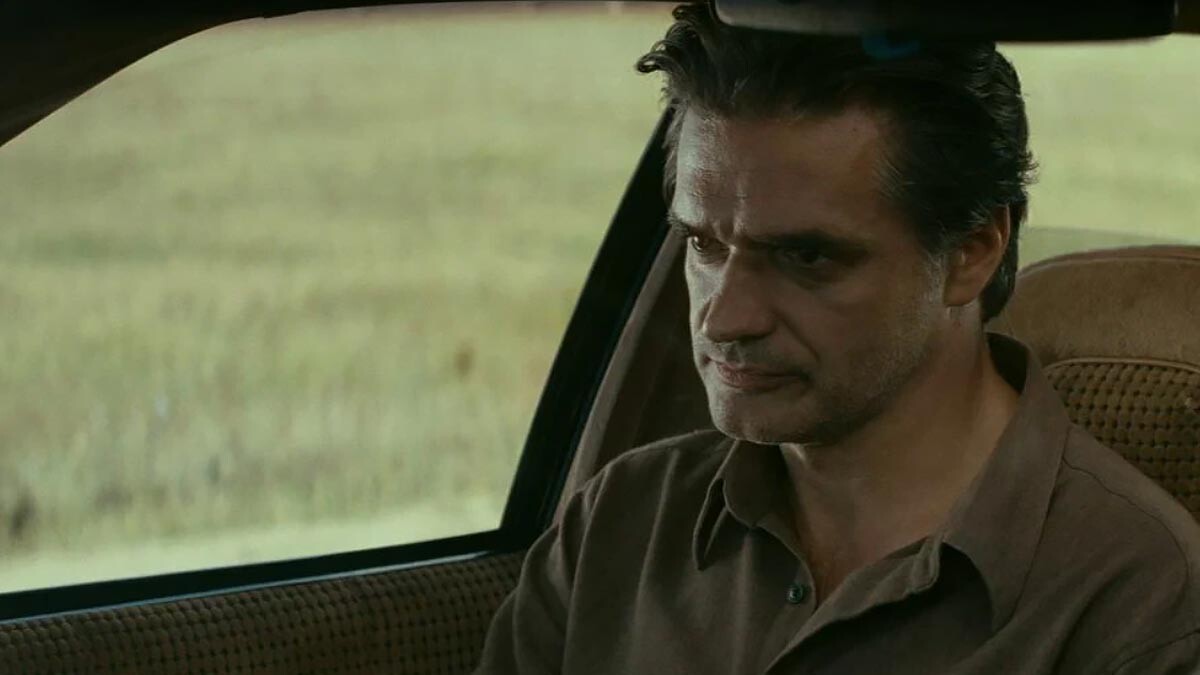 Konstantin Lavronenko as Alex in 'The Banishment'.

The drama stars Swedish actress Maria Bonnevie and one of Zvyagintsev’s favorite actors, Konstantin Lavronenko, who was named ‘Best Actor’ by the Cannes Jury in 2007.

Many critics described the movie as mind-bending, while others lamented that it raises metaphysical questions without providing straight answers. Apparently, ‘The Banishment’ is not so much about questions and answers, rather than about deep solitude and despair in some of its most tragic forms.

It has striking scenery, great dialogues, beautiful music (renowned American composer Philip Glass wrote the score) and a bitter aftertaste. ‘The Leviathan’ is set in a provincial Russian seaside town (filming took place in the remote northern settlement of Teriberka, on the shore of the Barents Sea). 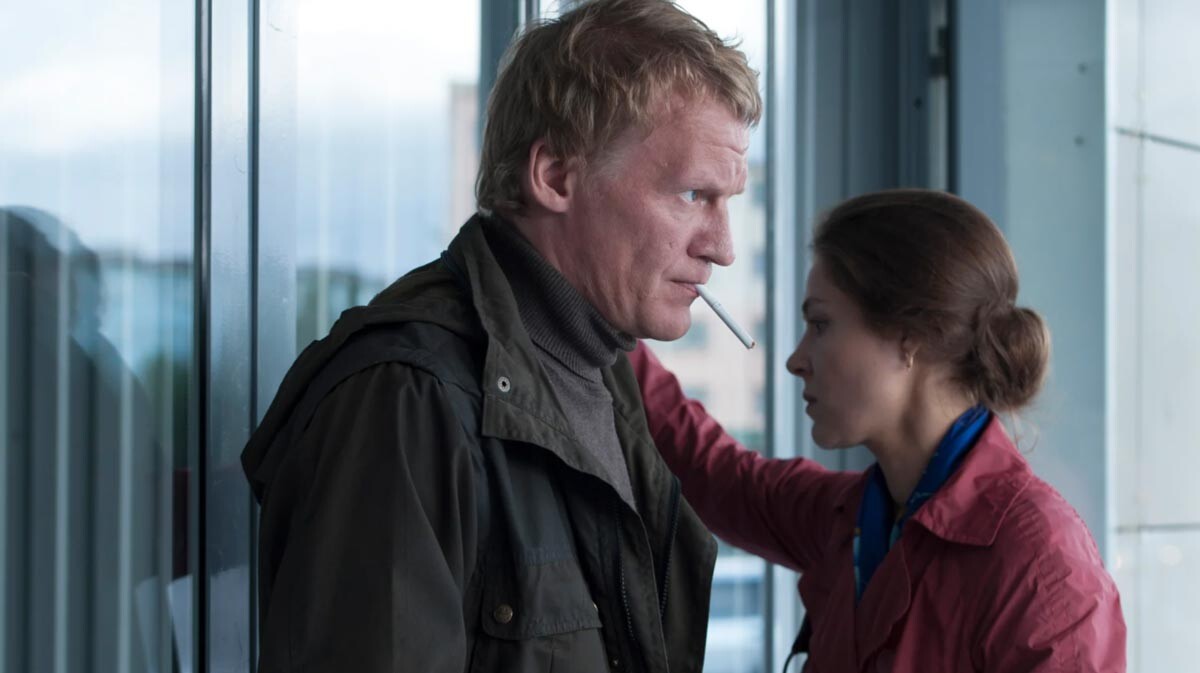 Aleksei Serebryakov and Elena Lyadova in 'The Leviathan'.

One of its hapless residents, Nikolai, (portrayed by Aleksei Serebryakov) confronts a grotesquely corrupt mayor after finding out that his house is going to be demolished for a church to be built in its place. The protagonist is fighting a losing battle against the mayor, with his whole life in tatters. An attempt to resist lawlessness and disorder turns Nikolai into a “hero of our time”. 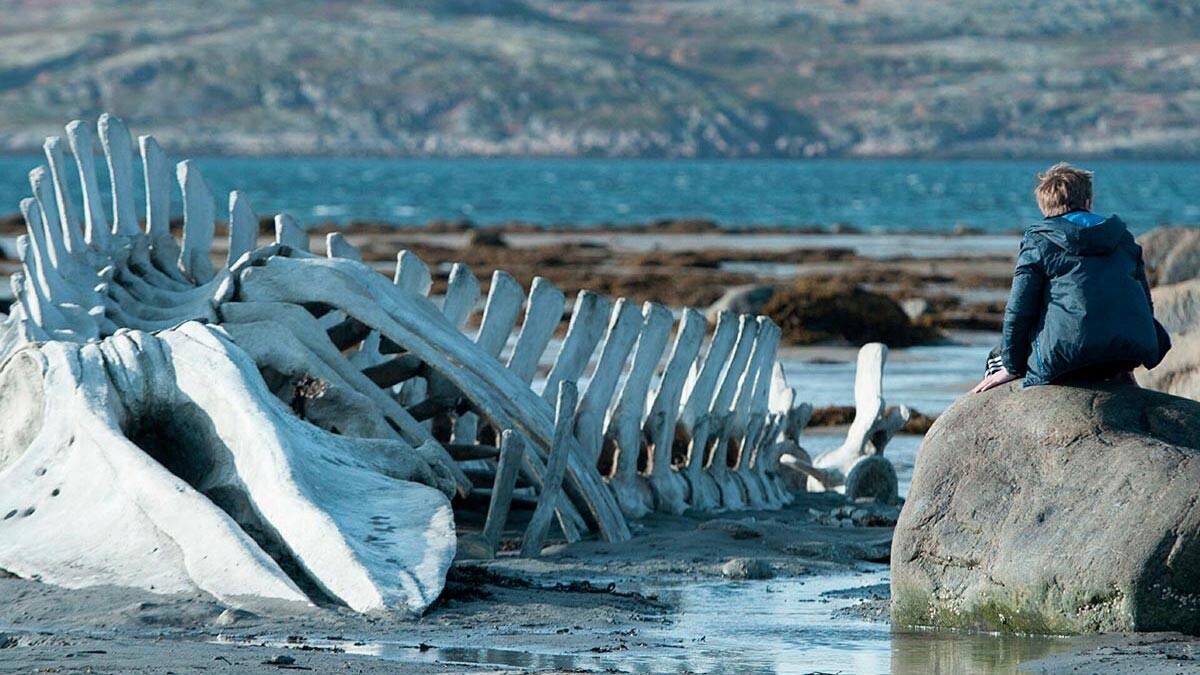 According to Zvyagintsev, resistance to evil is painful, dangerous, doomed, but inevitable. And this, among other things, is the Christian idea behind the social drama. Zvyagintsev’s fourth feature won the Golden Globe for best foreign language film, the first time Russia won it in nearly five decades! The movie premiered at the Cannes Film Festival, where it also scooped the coveted ‘Best Screenplay’ award in 2014.

Andrei Zvyagintsev grabbed instant stardom after he picked up the Venice Golden Lion in 2003 for ‘The Return’, his debut feature. 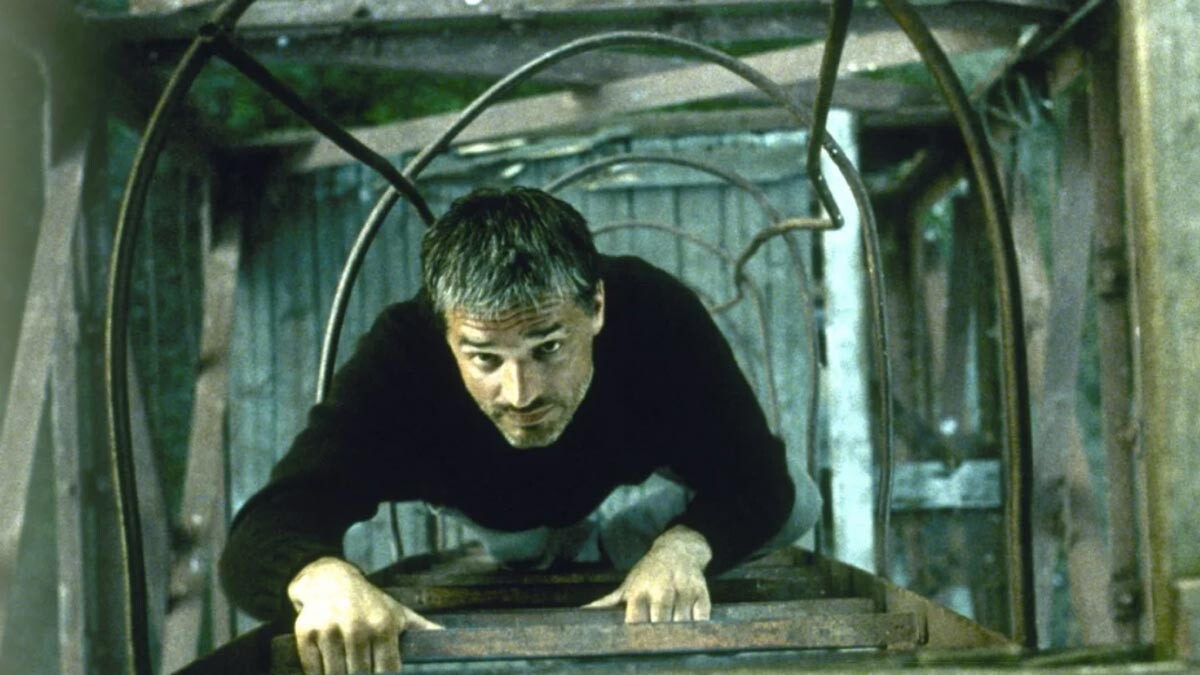 Konstantin Lavronenko in 'The Return'.

Teenagers Ivan and Andrei have peacefully lived without their father for twelve long years, until, one day, their mother asks them to calm down, because their father is suddenly home, sleeping. To make up for the lost time, the authoritarian man takes the two brothers on a fishing trip to the distant lakes. This epic journey will be life-changing for all, with the inner conflict escalating to the point of no return. 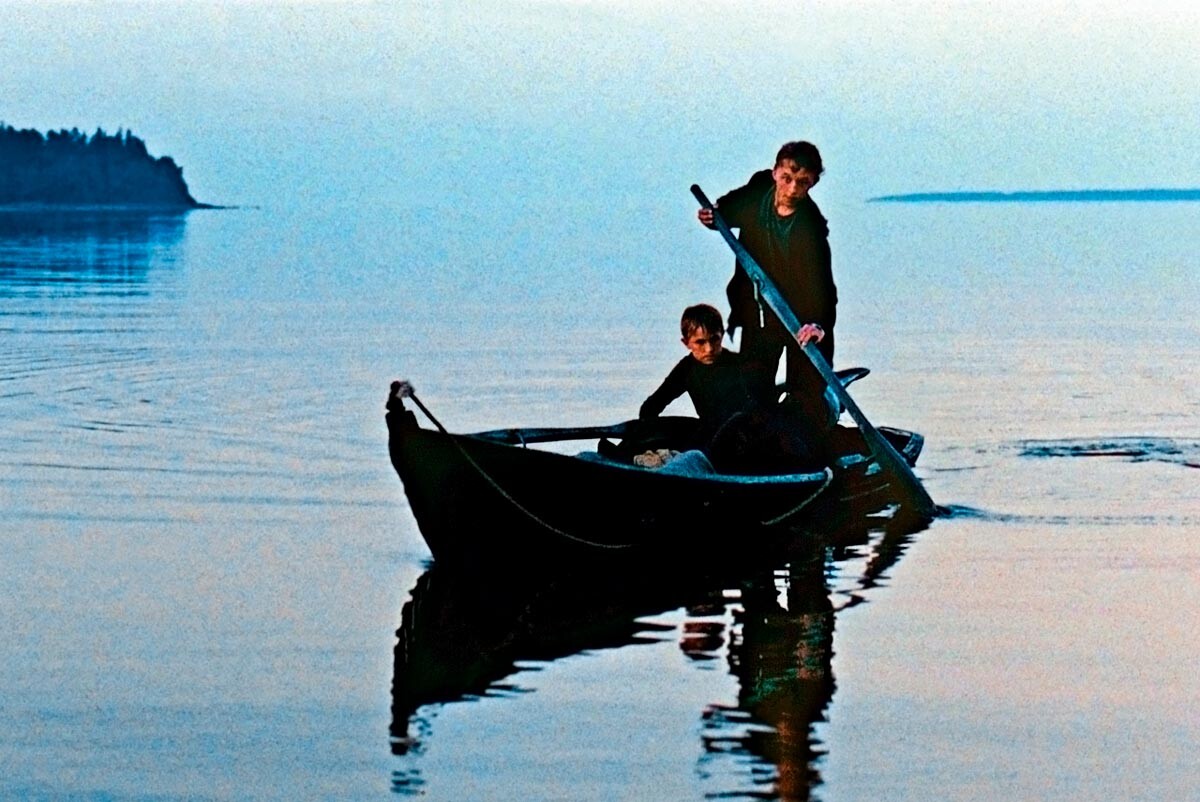 Zvyagintsev’s storytelling style is straightforward, forceful and simple and yet it hits you like a bullet. The story could have happened pretty much anywhere, anytime, to anyone. ‘The Return’ is a powerful parable of fathers and sons and the casualties of fate, coming back like a boomerang. The overpowering atmosphere of suspense is portrayed by the director and his outstanding cinematographer Mikhail Krichman with such poignancy you almost forget to breathe between thoughts. An attentive viewer will definitely notice that on the day of their father’s arrival, the boys examine an illustration to the Bible: “Abraham sacrifices [his son] Isaac.” In fact, Zvyagintsev’s movie takes place during the “biblical” seven days of Creation - from Sunday to Saturday. Ivan and his brother first get to see their father asleep when he comes home after 12 years of absence - and in this scene, as well as in the final scene of the movie, he looks exactly like the dead Christ from the famous 1480 painting by Italian master Andrea Mantegna. ‘The Return’ is awash with mythological parallels and biblical connotations, but you can do just fine without them, simply enjoying the movie as a stunning psychological thriller.

While Zvyagintsev’s first two movies were loosely tied to reality, his third feature, ‘Elena’, exemplified the director’s realist style and his unflinching observations of the complexities of human character. 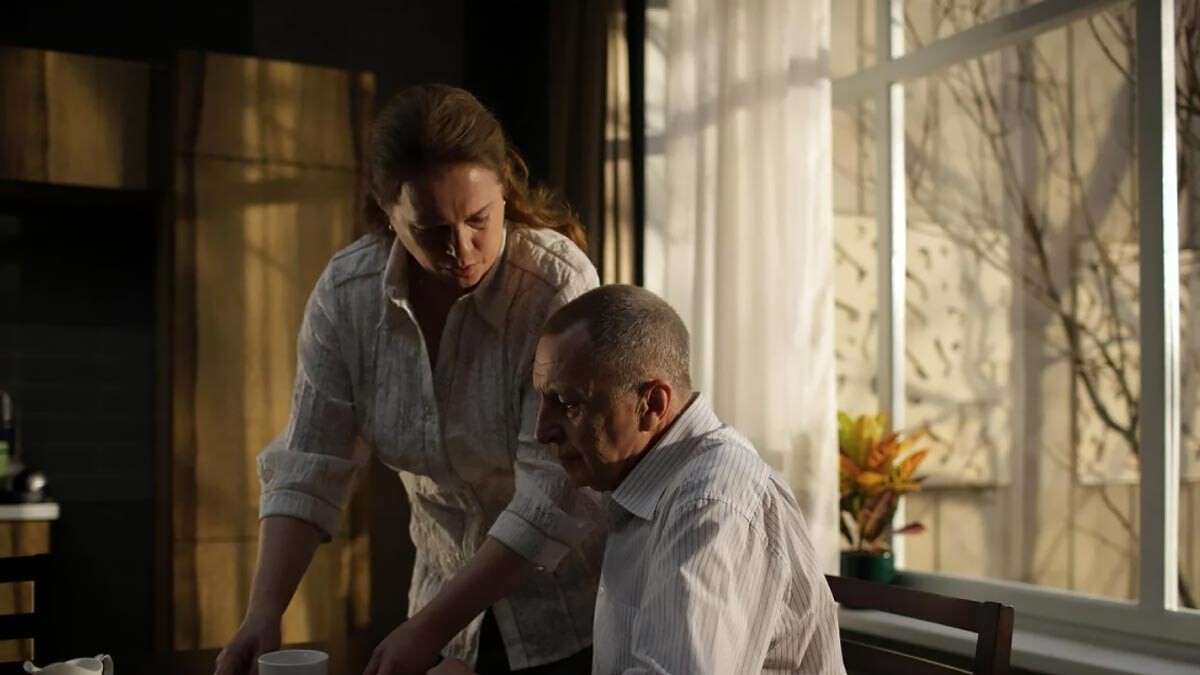 It’s a story of the dramatic relationship of an average working-class woman with her elderly rich husband and a marginalized adult son from his first marriage. Elena, in her late 50s, finds herself between Scylla and Charybdis, stuck somewhere in between the paradise of her husband’s apartment in downtown Moscow and the hell of the poor suburb of her son’s family, whose inhabitants shamelessly suck money out of their wealthy relatives. To make everyone’s life “easier”, Elena (brilliantly portrayed by Nadezhda Markina) will have to make a fateful moral choice. 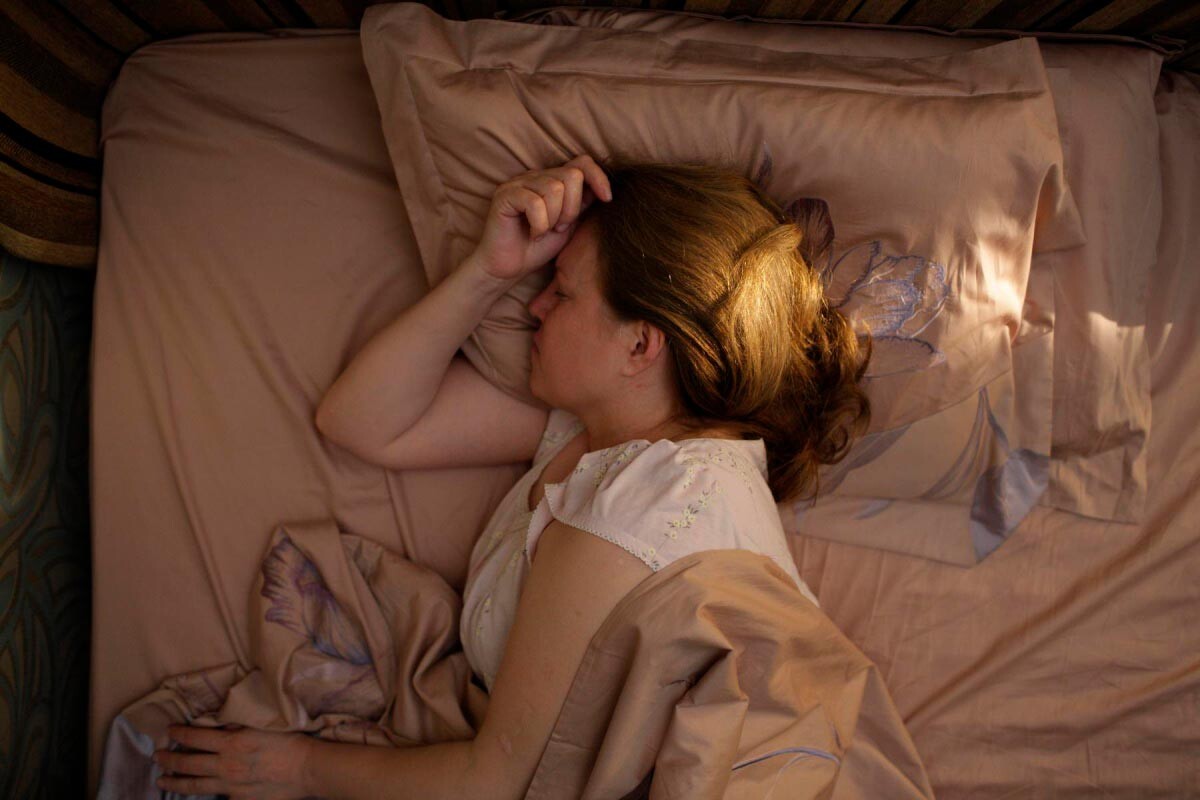 Zvyagintsev’s tour de force premiered at the Cannes Film Festival, where it was honored with a ‘Special Jury Prize’ in 2011. In 2019, the family drama became the only Russian flick to make it to the list of 50 Best Movies of the 2010s, compiled by the Rolling Stone magazine.

In ‘Loveless’, Zvyagintsev puts under the microscope a Moscow couple embroiled in a difficult divorce. While still officially married, they are now complete strangers to one another. Both start seeing someone on the side: Boris lives with his new, pregnant girlfriend, while Zhenya enjoys sex with her new wealthy lover. 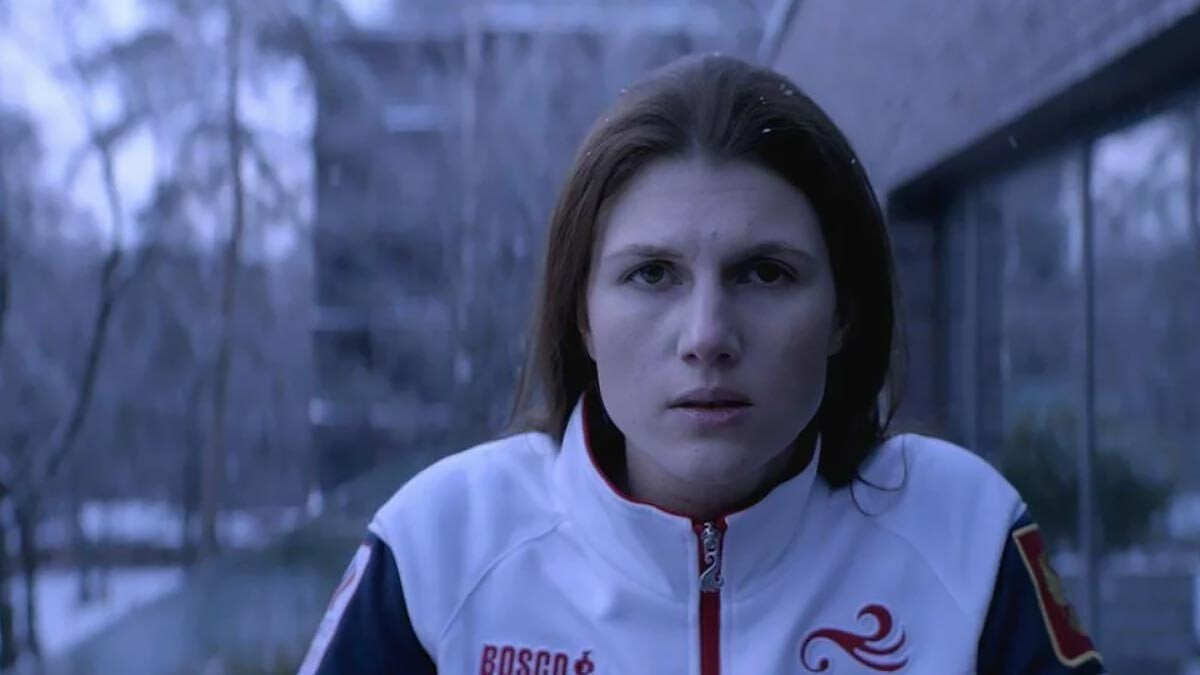 Not even bothering to figure out how the divorce will affect their 12-year-old son Alyosha, the selfish parents continue to live their life to the full and exhibit criminal indifference to their son’s suffering. Their unwillingness to face reality will backfire when the boy, about whom no one even cares, suddenly goes missing. It will be too late to restore what has been lost. ‘Loveless’ will leave you feeling helpless and hopeless. But it’s that powerful feeling of distress that could also serve as a rude awakening for many. 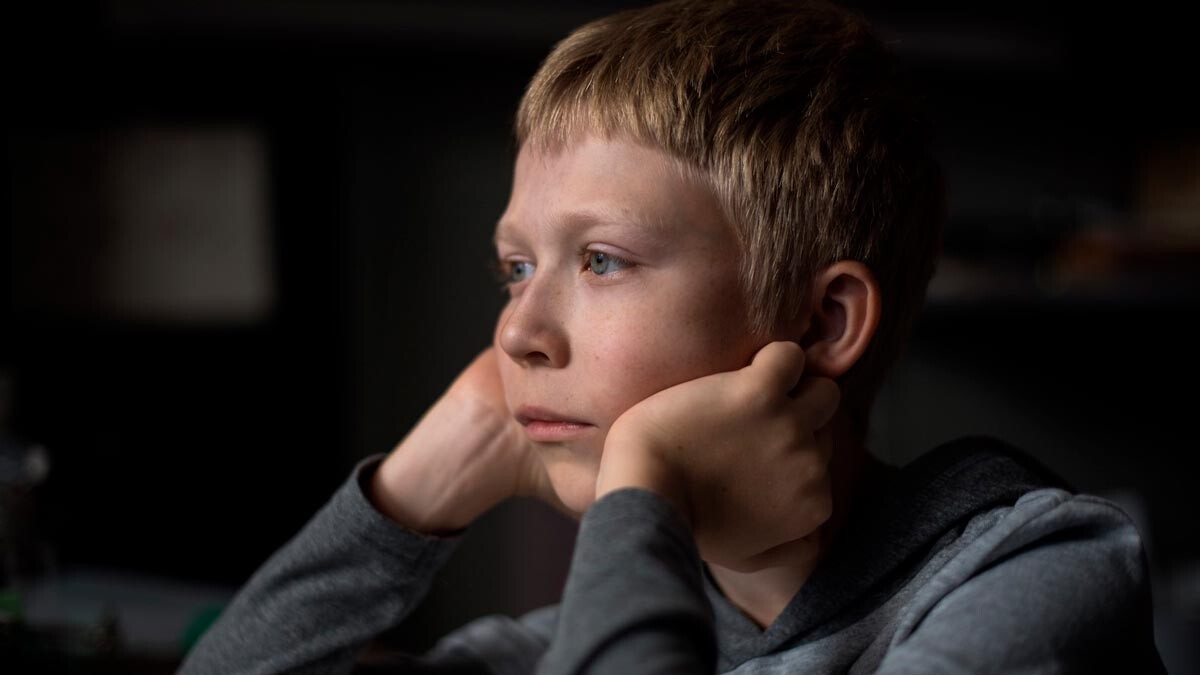 Matvei Novikov as Alyosha in 'Loveless'.