How the ‘Russian Arm’ took the movie industry by storm 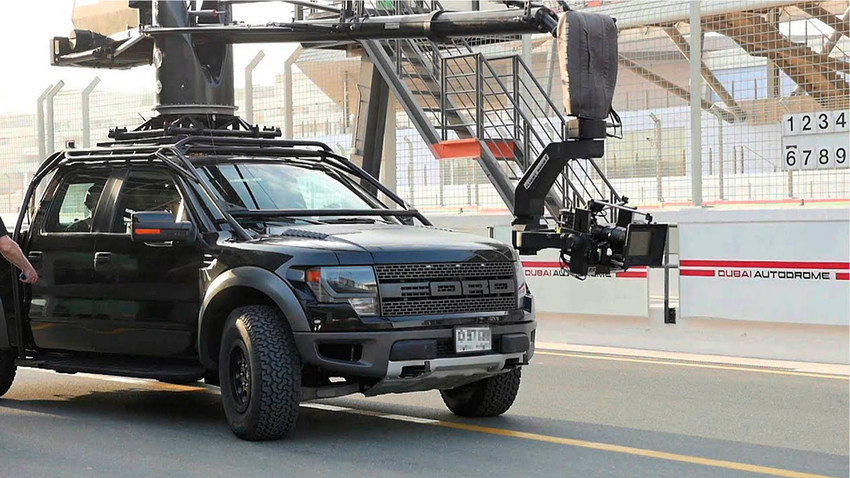 Gamma Engineering Middle East
For better or worse, we have all heard of the strong arm of the law. Funnily enough, there’s another strong arm out there, commonly known as the ‘Russian Arm’. And it changed the movie industry as much as the invention of the microwave cooker revolutionized the culinary world.

When movies become so intense and dramatic that you forget to breathe, blame it on the ‘Russian Arm’. Like all great inventions, it is very exploitable and sought-after. Movie productions for blockbusters like ‘Titanic’, ‘Taxi’ and the ‘Fast & Furious’ and ‘Mission Impossible’ franchises, as well as hundreds of others, have taken advantage of the Russian Arm over the years. 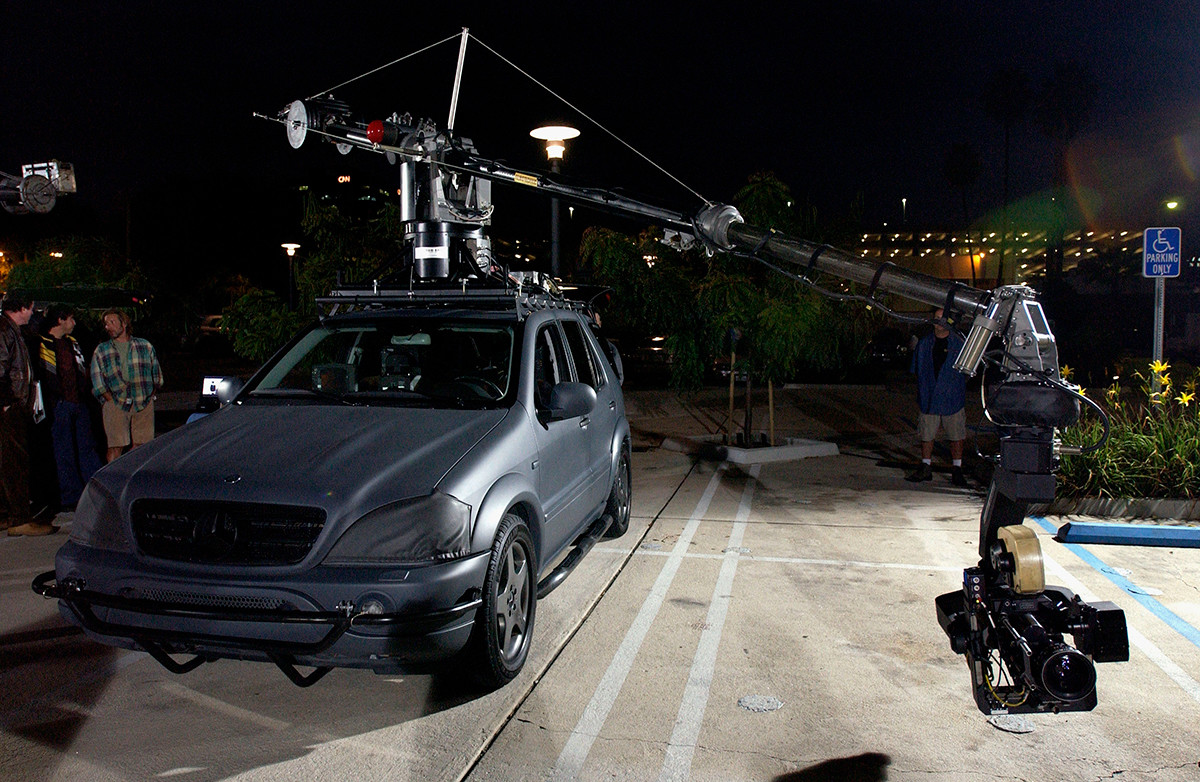 Mounted on the roof of a car, the ‘Russian Arm’ is possibly a perfect example of robotic excellence. This gyrostabilized, remotely-operated device is controllable by joysticks from inside the chase car. Mobility is key when it comes to making movies. That’s why the crane and camera head can move around the car in a 360 degree circle, while it is being driven at high speeds. It’s like the ultimate rollercoaster. This allows filmmakers who seek to make high-quality movies that have you hanging on the edge of your seat to create breathtakingly fascinating shots.

The ‘Russian Arm’ is the brainchild of Anatoliy Kokush, a trailblazing Soviet-Ukrainian inventor, who (along with two other engineers) won two Oscars for the concept and development of the ‘Russian Arm’ gyrostabilized camera crane and the Flight Head in 2006. The ‘Russian Arm’ and Flight Head received accolades for opening “new possibilities for filmmakers”.

After graduating from the Leningrad Institute of Film Engineers in the mid-1970s, Kokush began looking for ways to make the filming process more creative, energetic and mobile. The challenge was to somehow take the camera away from the cinematographer’s eye so that it could fly independently, like a multitasking busy bee. To gain knowledge, insight and expertise Kokush started working for legendary Dovzhenko Film Studios in Kyiv (then part of Ukrainian SSR), where he studied the nuts and bolts of film production. In the 1990s, he founded his own company, Filmotechnic, which eventually became a laboratory for experiments in cutting-edge movie technology. 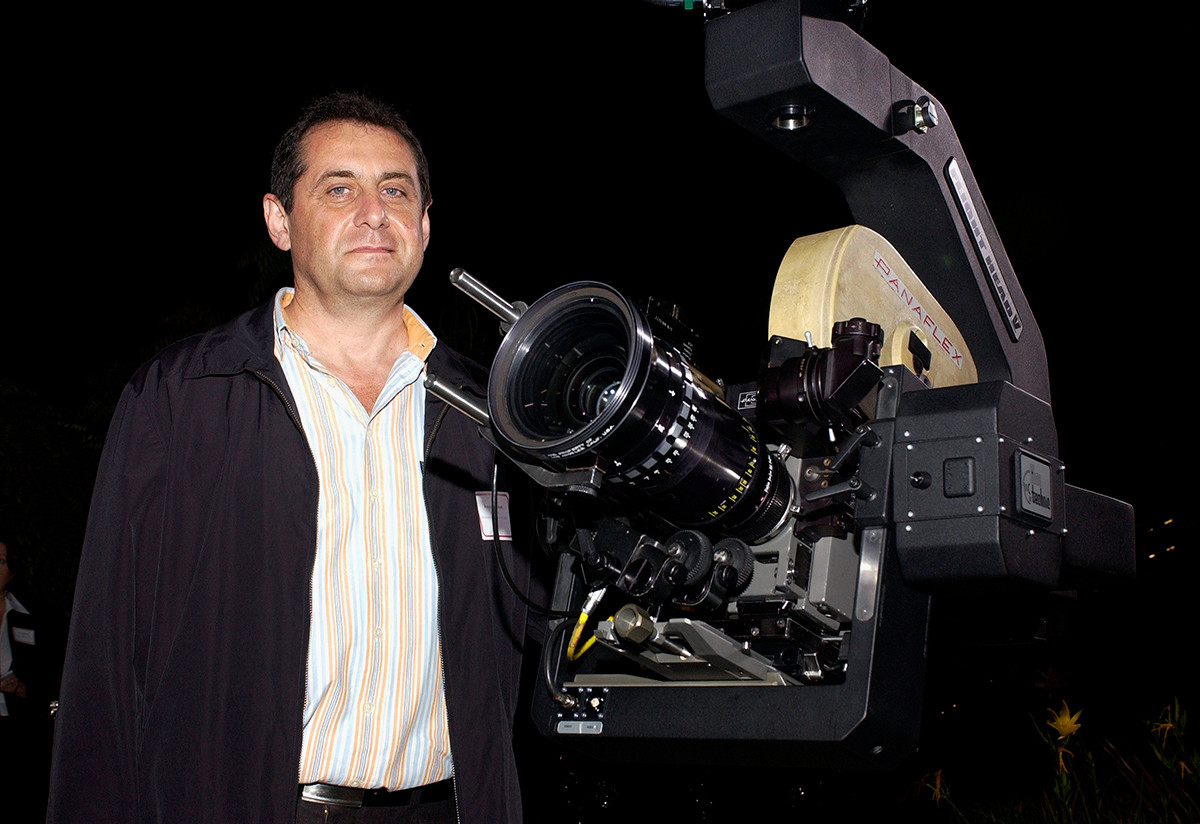 The ‘Russian Arm’ is the brainchild of Anatoliy Kokush, a trailblazing Soviet-Ukrainian inventor.

Ice began to break when Kokush invented his ‘Autorobot’, commonly referred to as the ‘Russian Arm’, because of the group of Ukrainian and Russian film engineers behind the ground-breaking technology. “Everything from here was ‘Russian’ for the Americans. They would call and ask about the ‘Russian Arm’. We replied that it was an ‘Autorobot’, but they wouldn’t listen, asking for the ‘Russian Arm’ over and over,” Kiev-based Kokush said in an interview.

“We had to adopt this name. Even when we were filling out the documents for the Oscars competition, we wondered if it was possible to change the name to ‘Autorobot’. But they told us to leave it as it is, not to get lost in translation and all that jazz.”

James Cameron’s ‘Titanic’ (1997) helped launch the ‘Russian Arm’s international career. Since then, hundreds of movie makers from across the globe have used the device in their movies, with the ‘Russian Arm’ eventually becoming a synonym for flexibility and inventiveness. And although Kokush has invented tons of other film equipment, it’s the ubiquitous ‘Russian Arm’ that’s still in highest demand.