10 Russian locations straight out of a Hollywood blockbuster (PHOTOS) 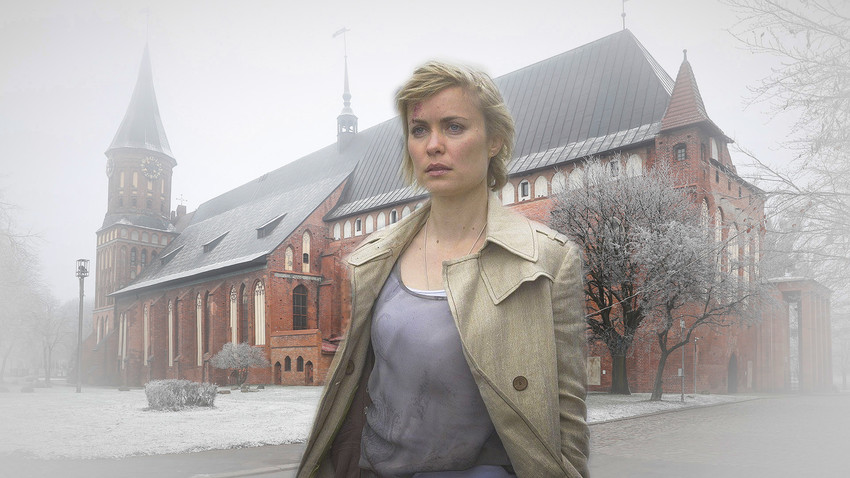 Serguei Fomine/Global Look Press
In case the Russians decide to remake these Hollywood favorites (Lord have mercy!), we know just the locations to use without paying extra for filming abroad. You can visit some of them today.

The top pics are the Russian locations, and the bottom ones are from the films. See if you can tell the difference...

The misty Russian outpost in the middle of Europe is an oft forgotten gem, in part due to its Western-European looks and a very Germanic charm, which it, of course, owes to its heritage from the time it was called Königsberg. When shrouded in fog, Kaliningrad boasts one hell of a ghostly atmosphere, the likes of which you could see on a New England promenade. This most un-Russian of cities must be seen to be believed. 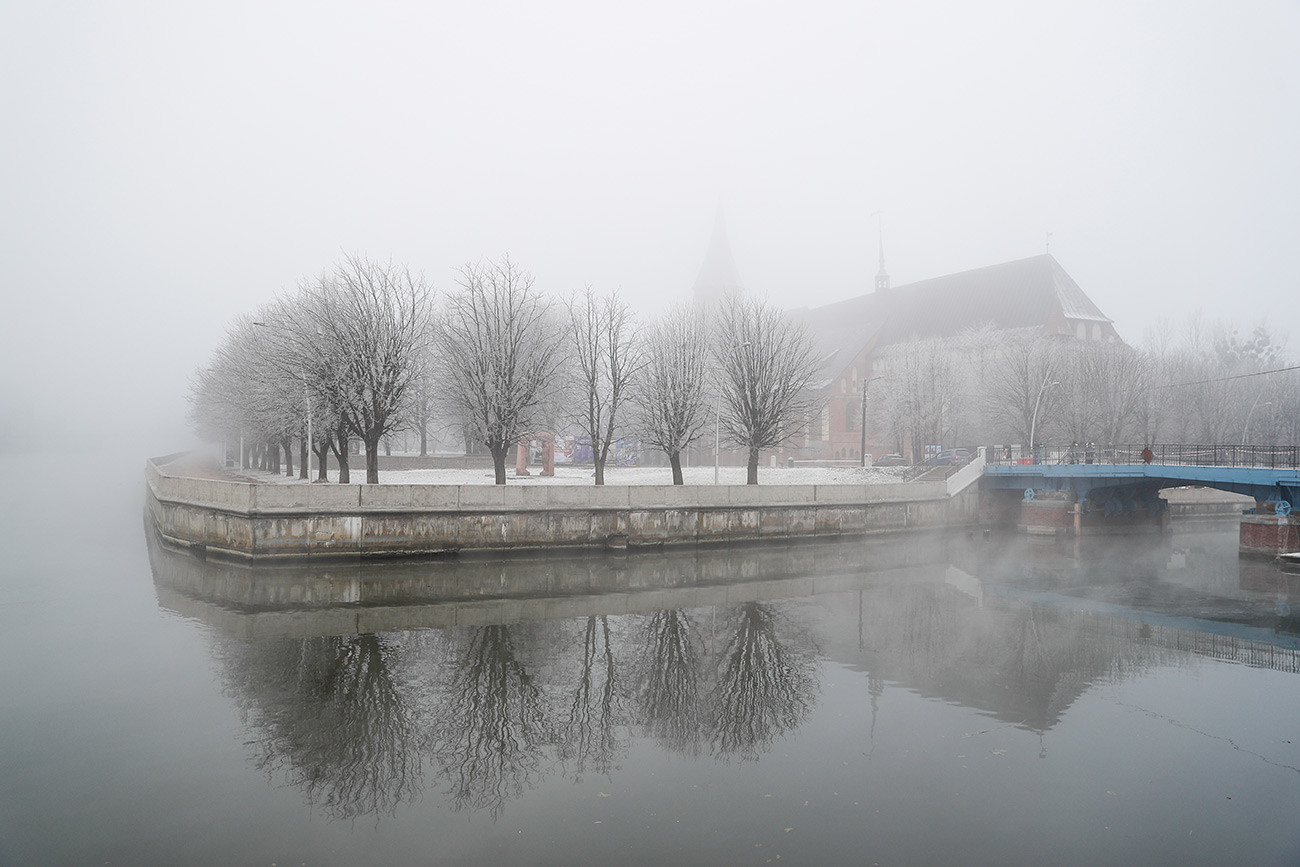 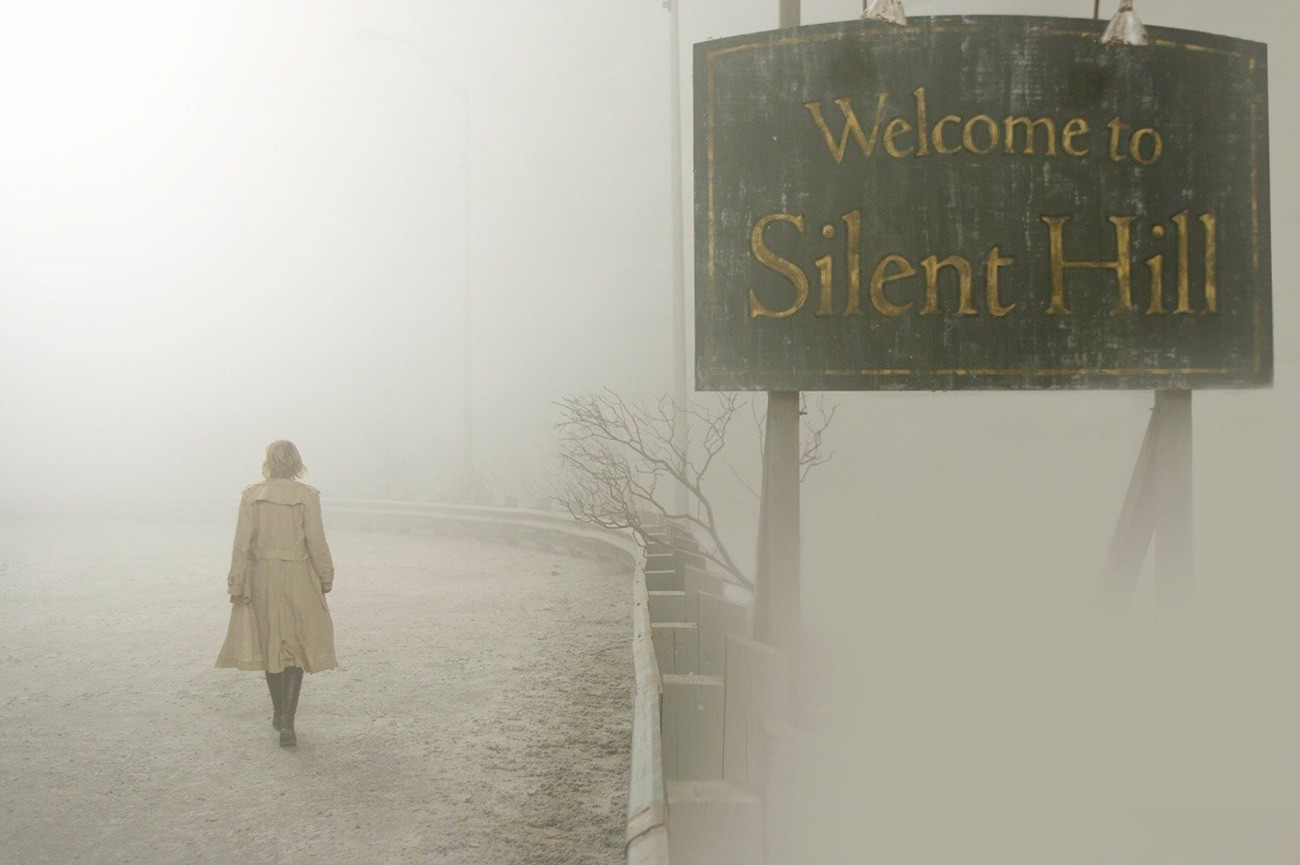 2. The Putorana Plateau is, unmistakably, the planet from Alien: Covenant

Remember the latest Alien installment (flop) that had audiences screaming at the characters for being unbelievably dumb for a crew of space colonists? On their way to colonize the planet Origae-6, their journey is interrupted by a radio transmission, and the idiots decide to land on an unknown planet together with 2,000 humans suspended in cryostasis. Luckily, the Siberian Putorana Plateau is bursting with just as much beauty, and no xenomorphs or murderous A.I., making it the perfect filming location for this and potentially many other sci-fi films. 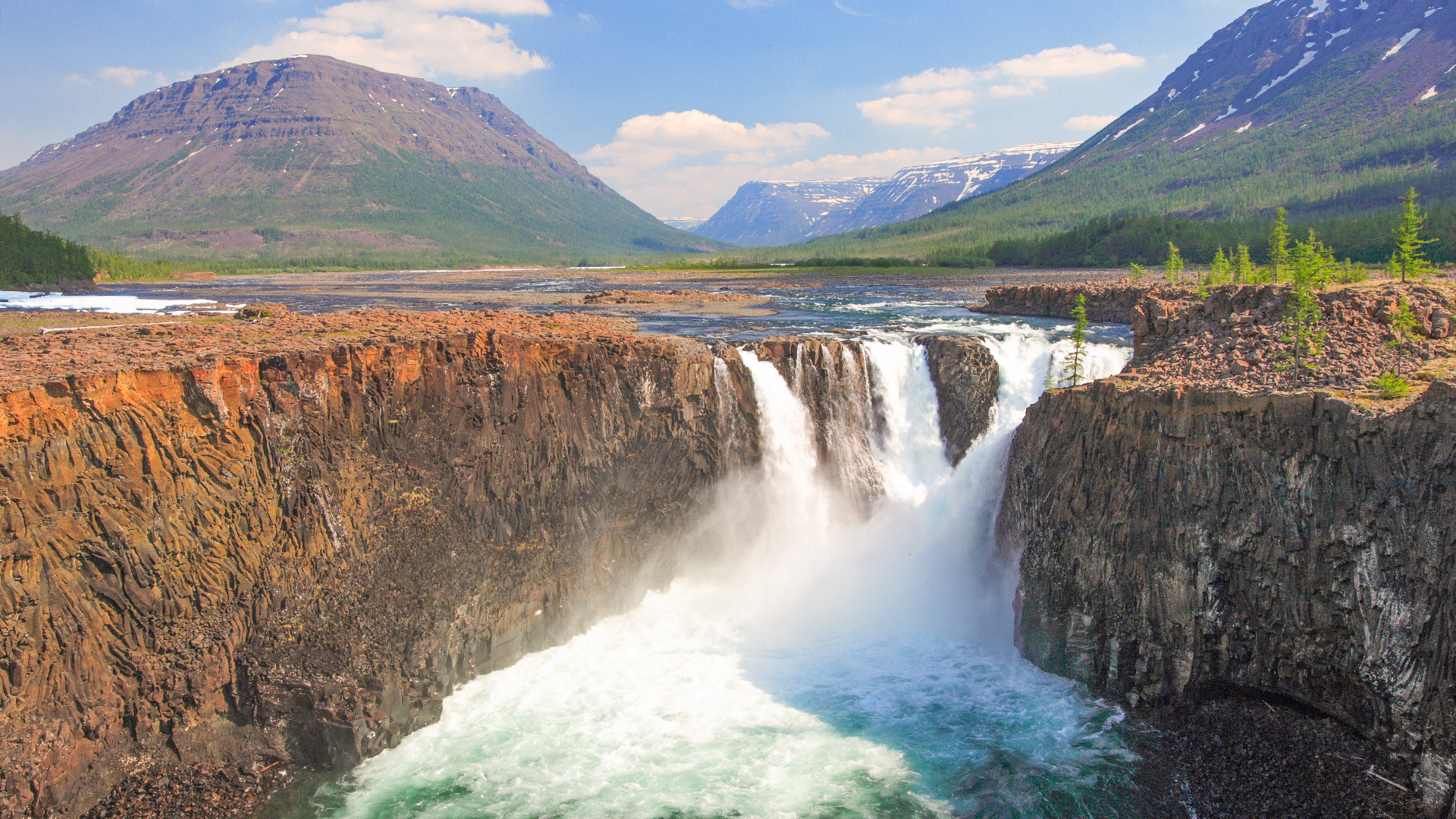 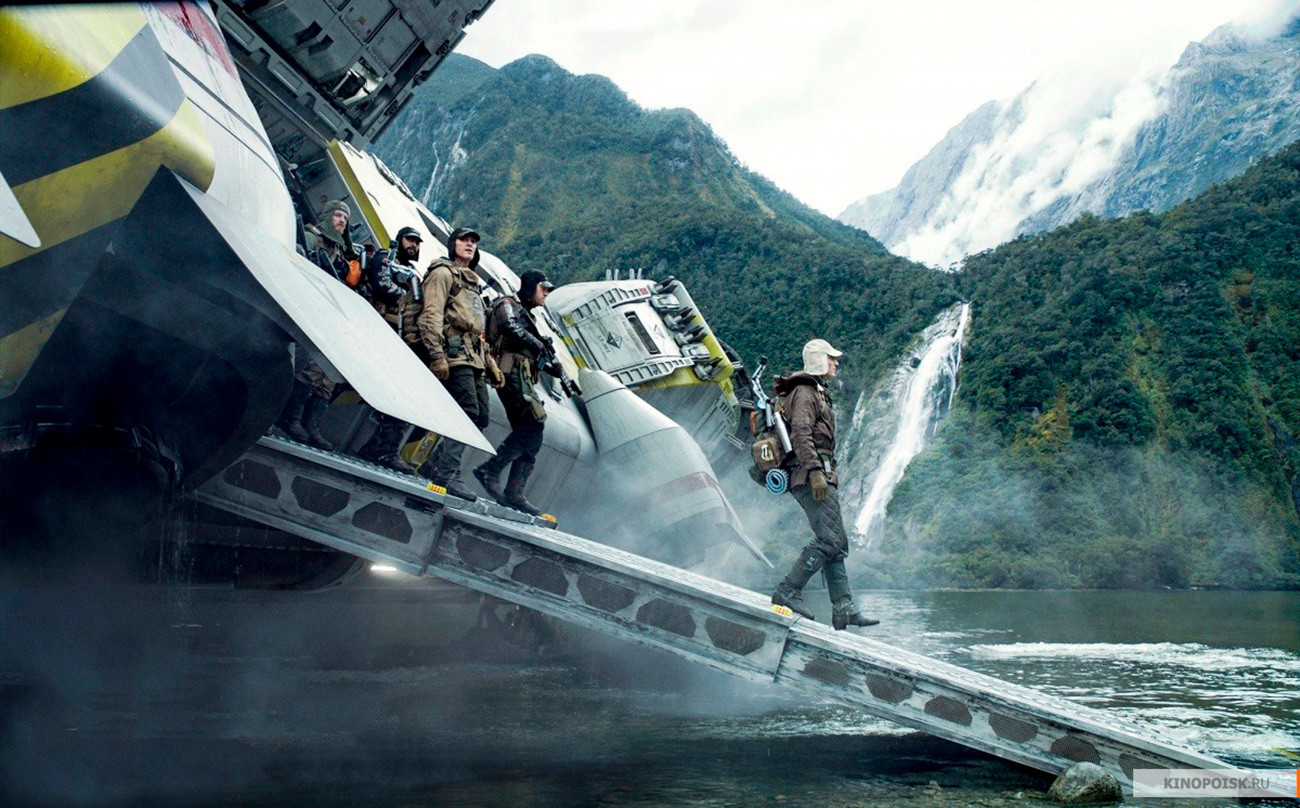 3. The Haunting of Hill House could easily be replicated right here at Muromtzevo Castle

Plenty of spooky and rustic buildings scattered throughout our country. From the Blair Witch movies to the Texas Chainsaw Massacre to Haunting and its 2018 reimagining by Netflix - we’ve got abandoned-house horror galore of every flavor. The 19th century Muromtzevo Castle is situated near the city of Vladimir, and is the result of a quarrel between two noblemen about which country was better - Russia or France: the Russian grew tired of the Frenchman extolling the ornate architecture of his homeland, and decided to build a castle just as beautiful as the ones you see in France. Of course, the glory days are gone, and all that’s left is a beautiful ruin you would not want to enter alone at night! 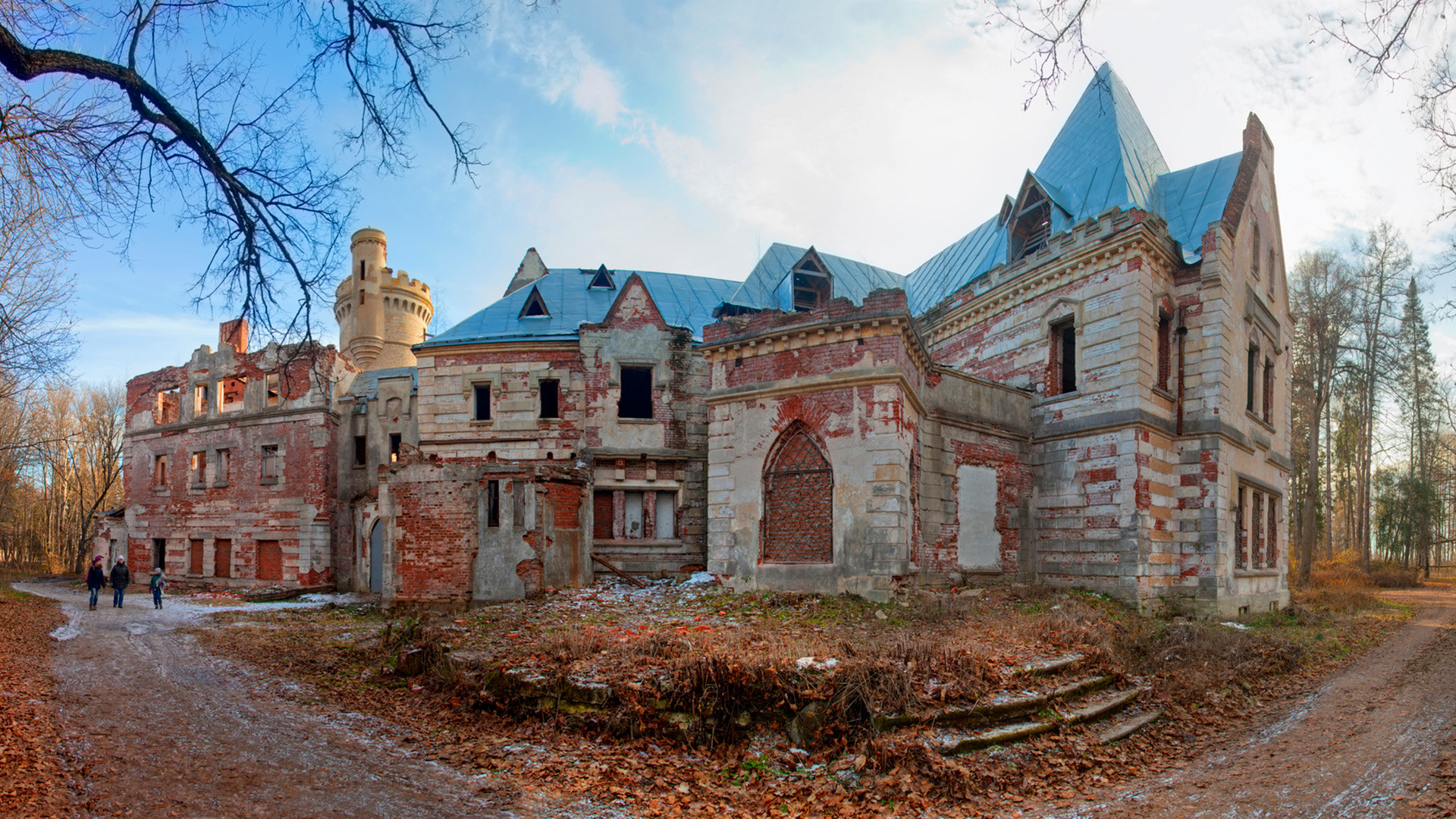 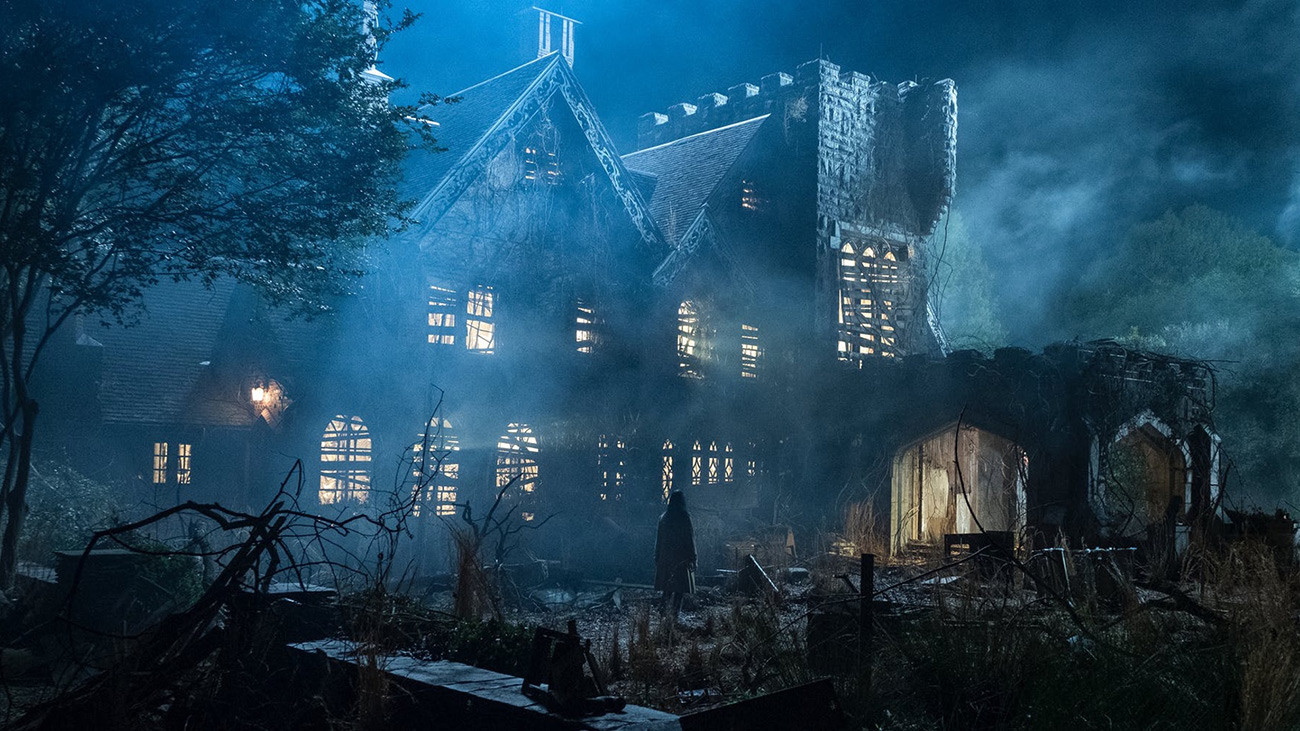 The Haunting of Hill House

4. Pyramiden - an abandoned Russian coal mining settlement in Norway is basically the set for John Carpenter’s The Thing

But if you’re picky about this not being on actual Russian territory - fine (geez!), just take any part of the Russian Arctic, such as Kandalaksha, in the Murmansk Oblast: there’s plenty of secluded, icy corners there - perfect for research outposts - and survival horror galore!

The majority of movie buffs among you has doubtless seen the latest installment in the Mad Max franchise. But did you know our country has a little piece of that scenery as well? That’s right, we have our own desert - Charskie Peski, or Chara Sands, in English. It is a natural, protected area located in Siberia, of all places! The small patch is only 54 sq. kilometers, so the car chases would have to be filmed very efficiently. Still though - a desert! The area is situated near the Kodar and Udokan mountain ranges, in the Charsk basin. 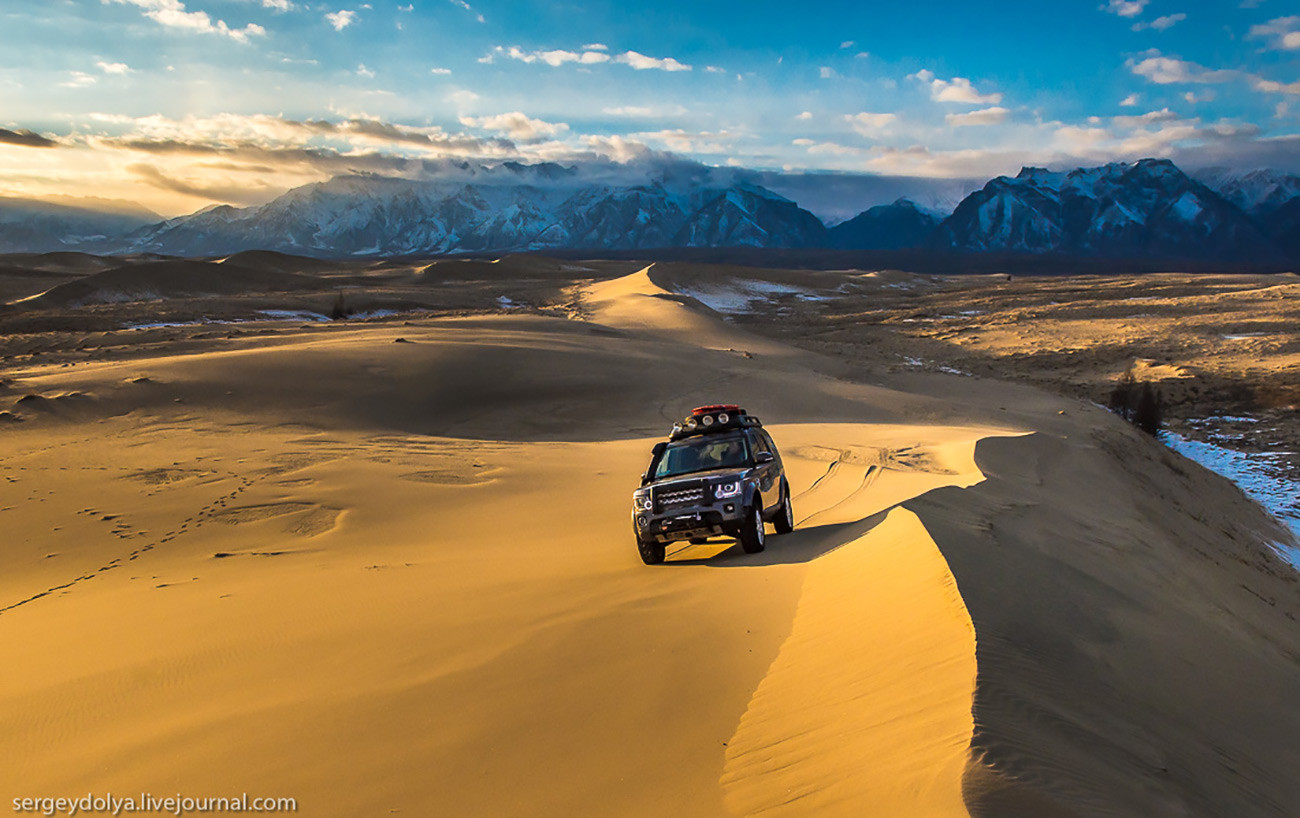 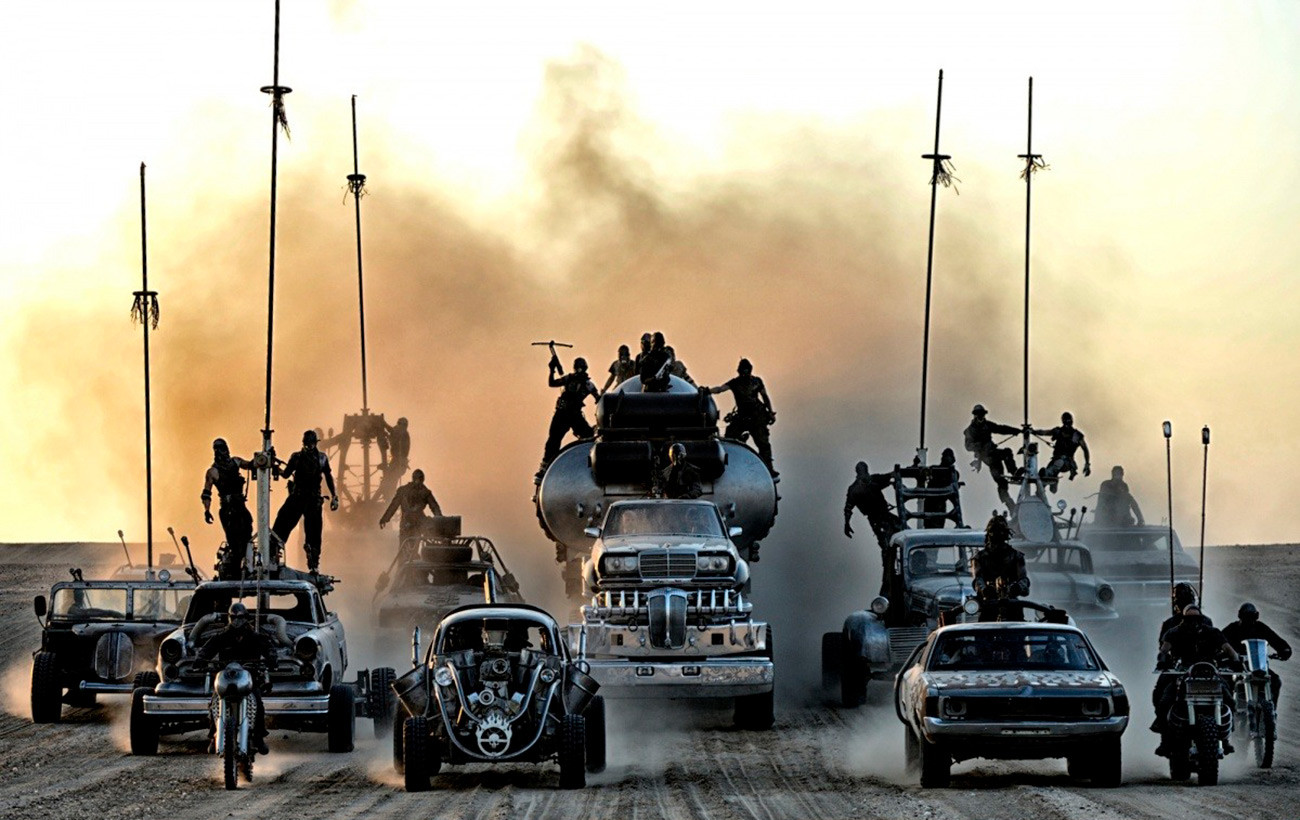 6. Kislovodsk is like our own Swiss Davos from 2015’s Michael Cain dramedy, Youth

Plenty to say about the tiny town, barely 70 sq. kilometers in size: there’s a park, the Valley of Roses Garden, a cable car boasting some truly scenic views, an amazing natural arch formation and, of course, the famous Narzan Gallery Spring with mineral water sourced directly in the spa town. If you’re in the neighborhood, this little slice of heaven is true bliss! 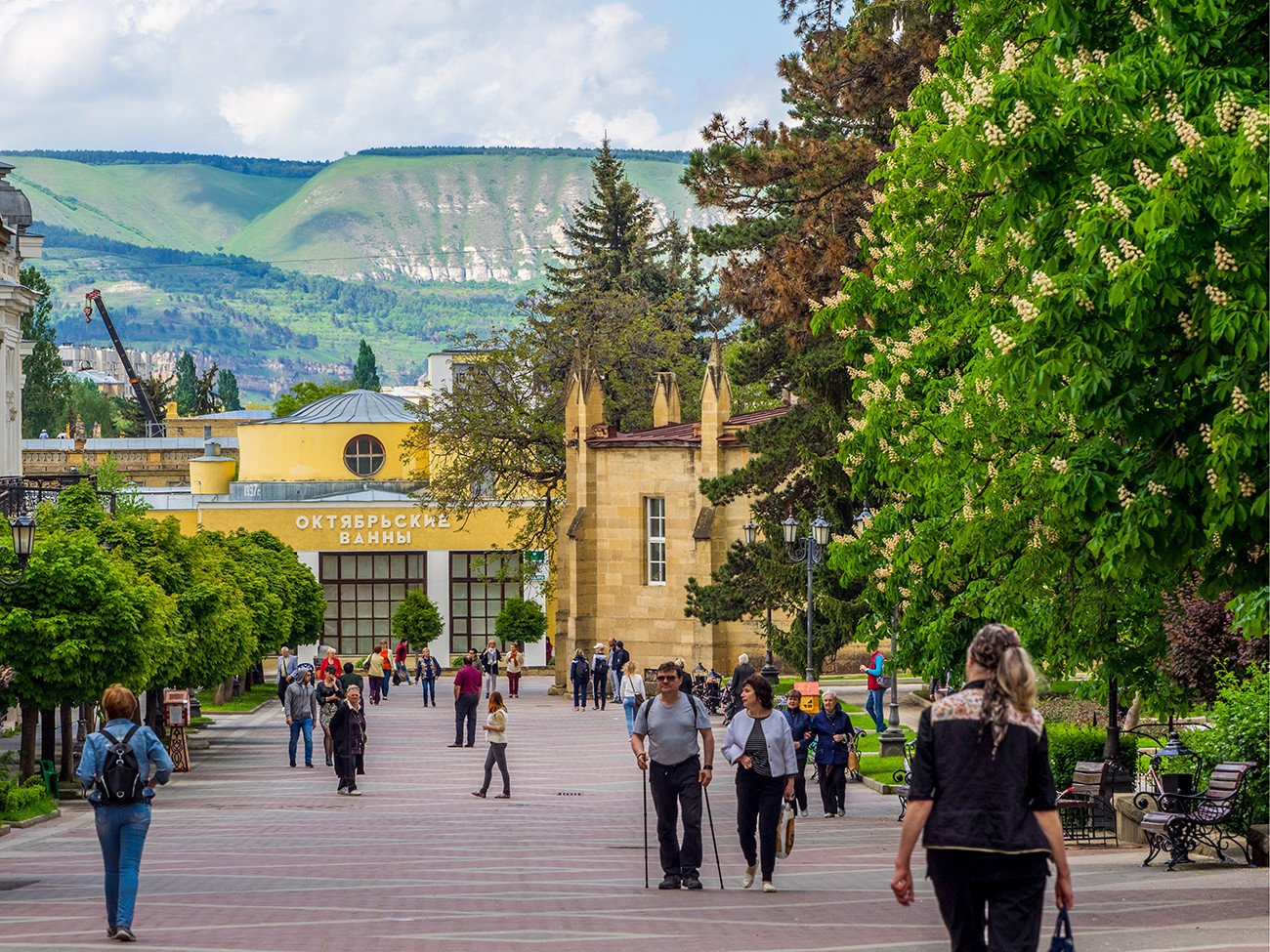 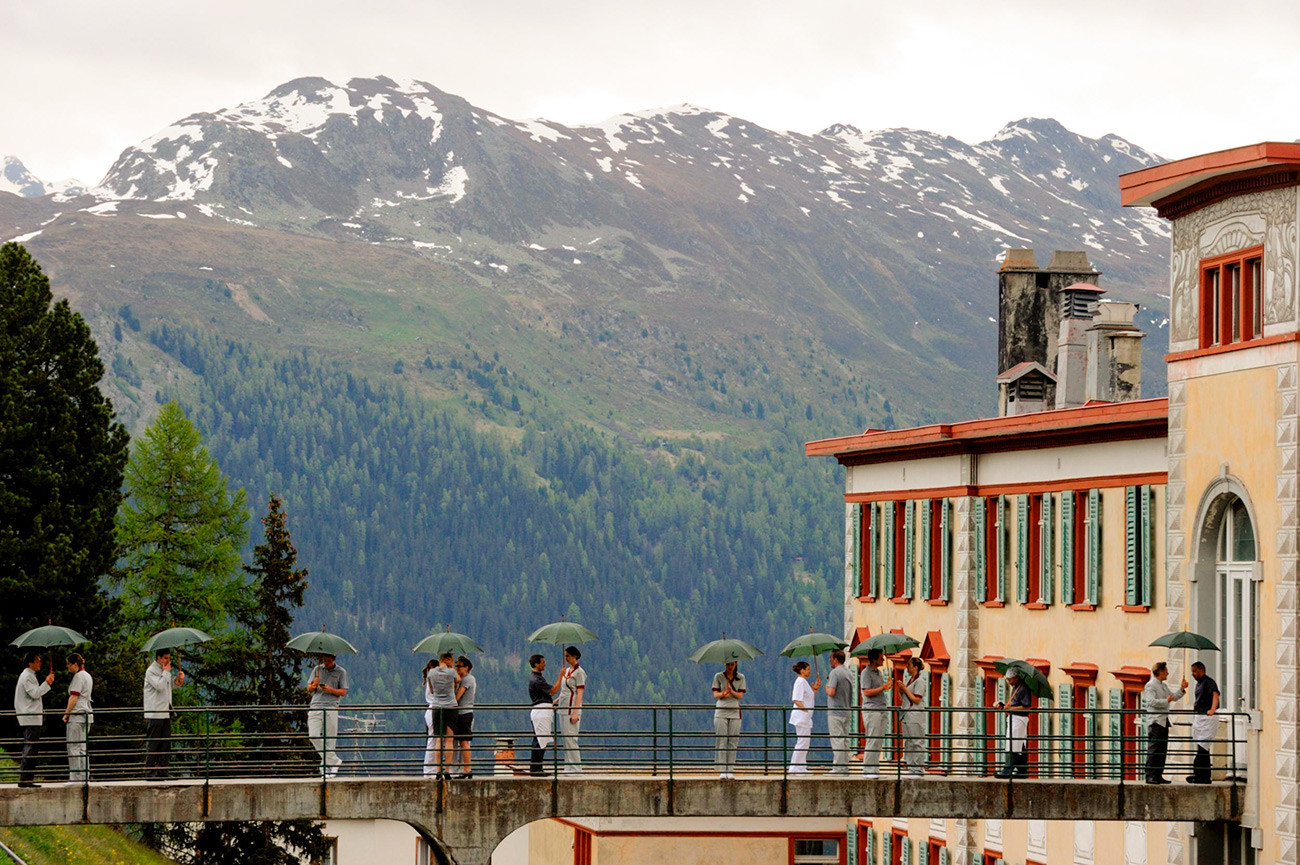 7. The Lena Pillars could be mistaken for ‘The Wall’ from Game of Thrones

Can you hear the chords to the theme tune in your head as you lay your eyes on that glorious natural formation? No CGI needed here. The Pillars (or ‘Stolby’, in Russian) are natural rock formations on the Lena River in, once again, Siberia. Measuring 150-300 meters high, these imposing towers date all the way back to the Cambrian period 500 million years ago! Go check them out for yourself and take a rowboat out in the summer. It truly is an experience of a lifetime. 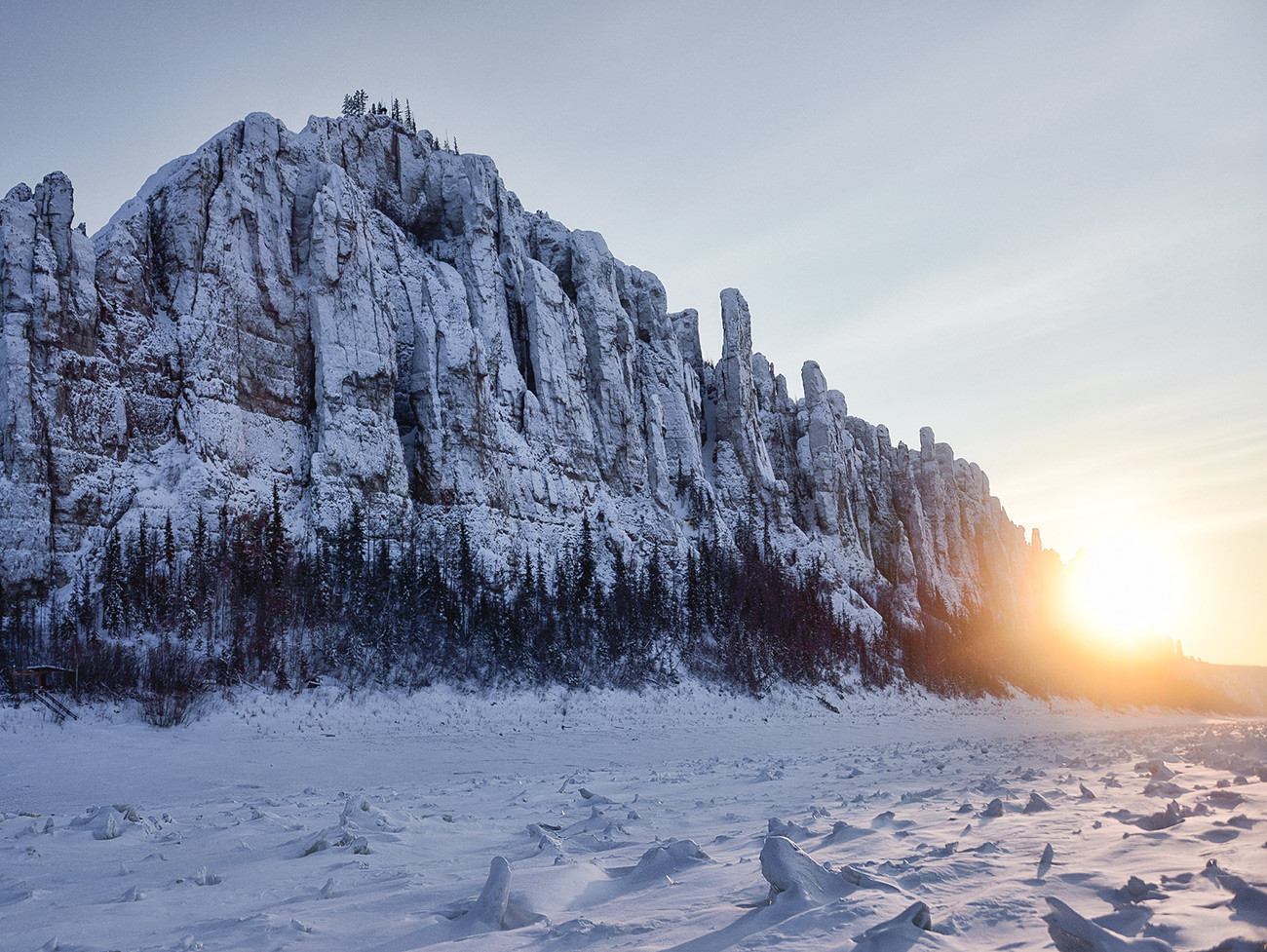 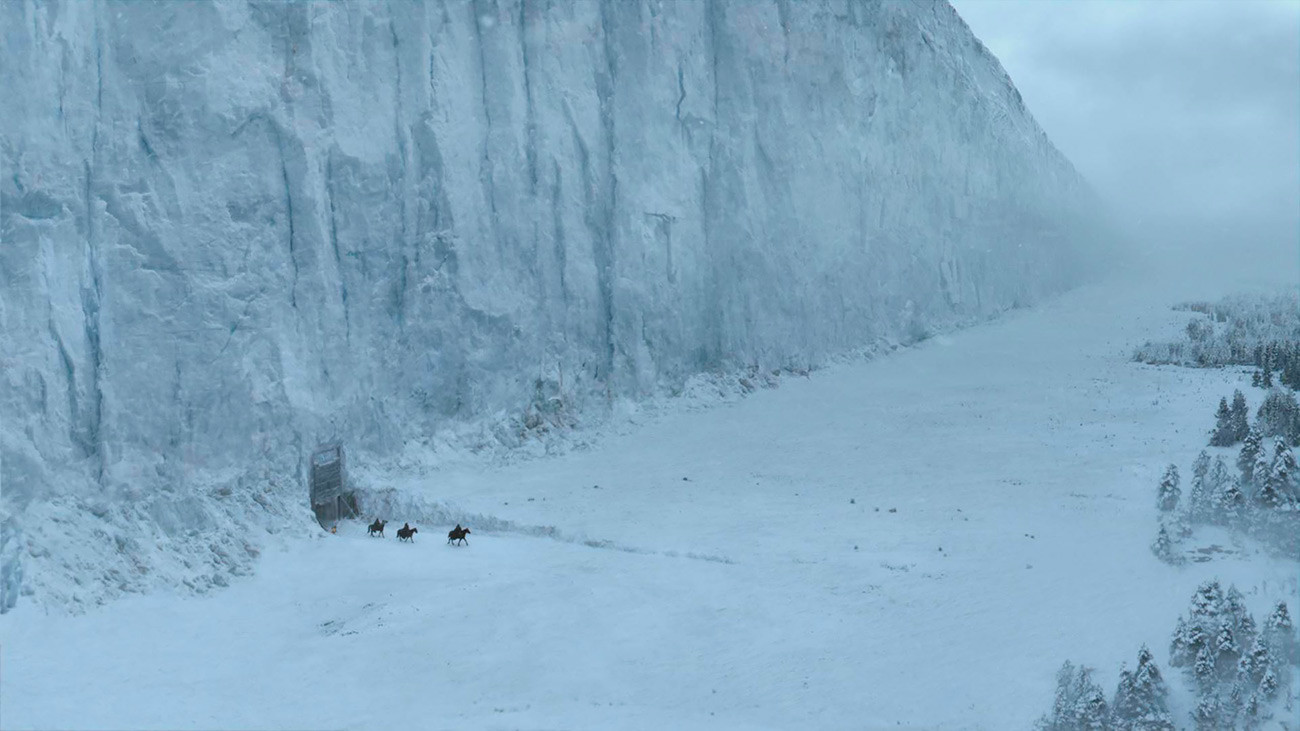 8. Moscow’s creepy Institute of the Brain is the mental asylum from Session 9… or Shutter Island, if you squint

This one really gives us the creeps, being an almost direct copy of the mental asylum from the psychological supernatural horror film, Session 9. Mental asylums are creepy to begin with, and are the perfect setting for the worst kind of horror - which both Sessions 9 and Shutter Island certainly feature (with Session 9 being the creepier of the two).

Situated smack in the center of Moscow, near Kurskaya metro station, the Institute is off-limits to cameras, and is world-famous for containing the brains of Vladimir Lenin, Joseph Stalin, iconic film director Sergey Eisenstein, and Vladimir Mayakovsky - our treasured early 20th century poet.

The place is notoriously difficult to gain access to for reporters - foreign or domestic - let alone regular tourists. Founded in 1928, with the purpose of canonizing Lenin (and as a response to the Paris Pantheon), the red brick structure looks oddly gothic. Don’t miss a chance to view it when you’re in downtown Moscow. 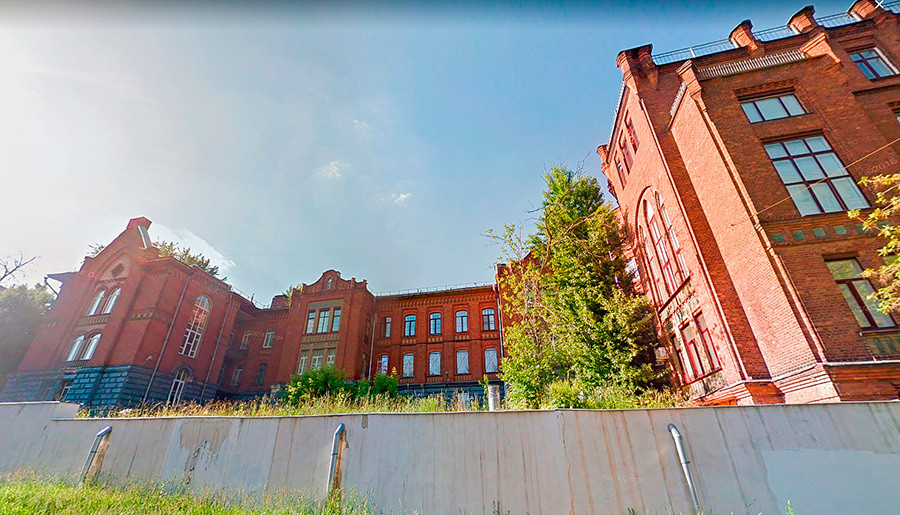 Institute of the Brain, Moscow

9. Russia’s scariest prison is a spitting image of San Francisco’s Alcatraz, featured in The Rock

Who doesn’t love the mid-90s blockbuster, The Rock, starring Nicholas Cage and Sean Connery? Ah, those were the glory years for Cage, who was releasing three major action films every year, it seemed. There, the two heroes have to thwart a chemical attack on San Francisco and escape unscathed. Check it out later, if you haven’t already!

As for Russia’s Pyatak Island - also amicably known as Fiery Island (Ognenny Ostrov), it’s a place where dreams of freedom die: robbers, rapists and murderers slowly rot away within its walls, separated by the waters of  Lake Novozero from the shores of Vologda, some 400 km north of Moscow. The island used to be a monastery up until 1917’s October Revolution, when it was repurposed by the Bolsheviks to house ‘enemies of the Revolution’. 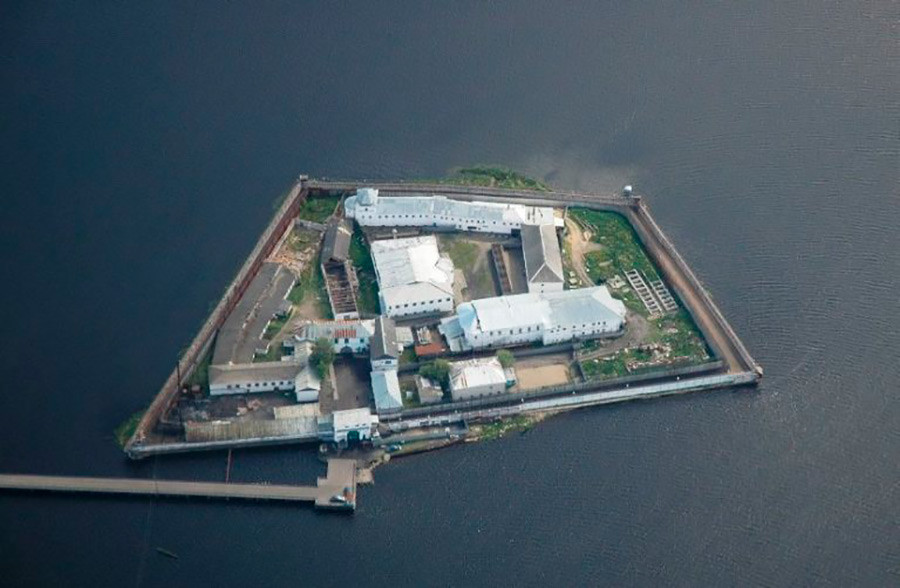 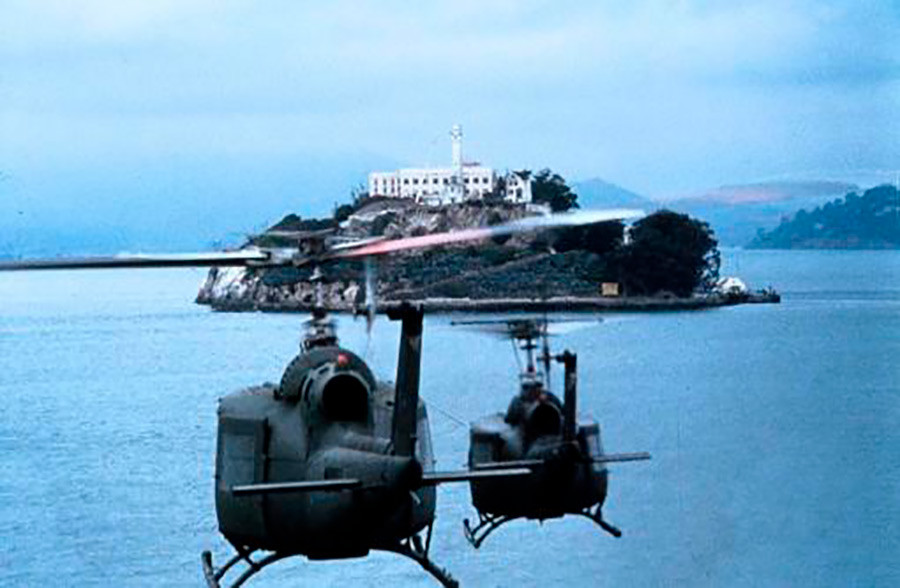 10. The 8th workshop of the ‘Dagdizel’ plant is our own villain’s lair from James Bond 007: Skyfall

Javier Bardem’s character would feel a little cramped here, but this is a cool secluded spot, perfect for filming the encounter Daniel Craig’s Bond had with the villain Raoul Silva, played by Bardem. The original filming location is actually Hashima Island, off the coast of Japan, while Dagdizel’s 8th workshop is situated in Kaspiysk, in the Russian Republic of Dagestan - the birthplace and home of UFC superstar Khabib Nurmagomedov. It used to be a naval weapons testing site, forbidden not only to photograph, but to even talk about! The workshop was built in 1934-38 directly into the sea on a stone foundation. Visit it if you dare! 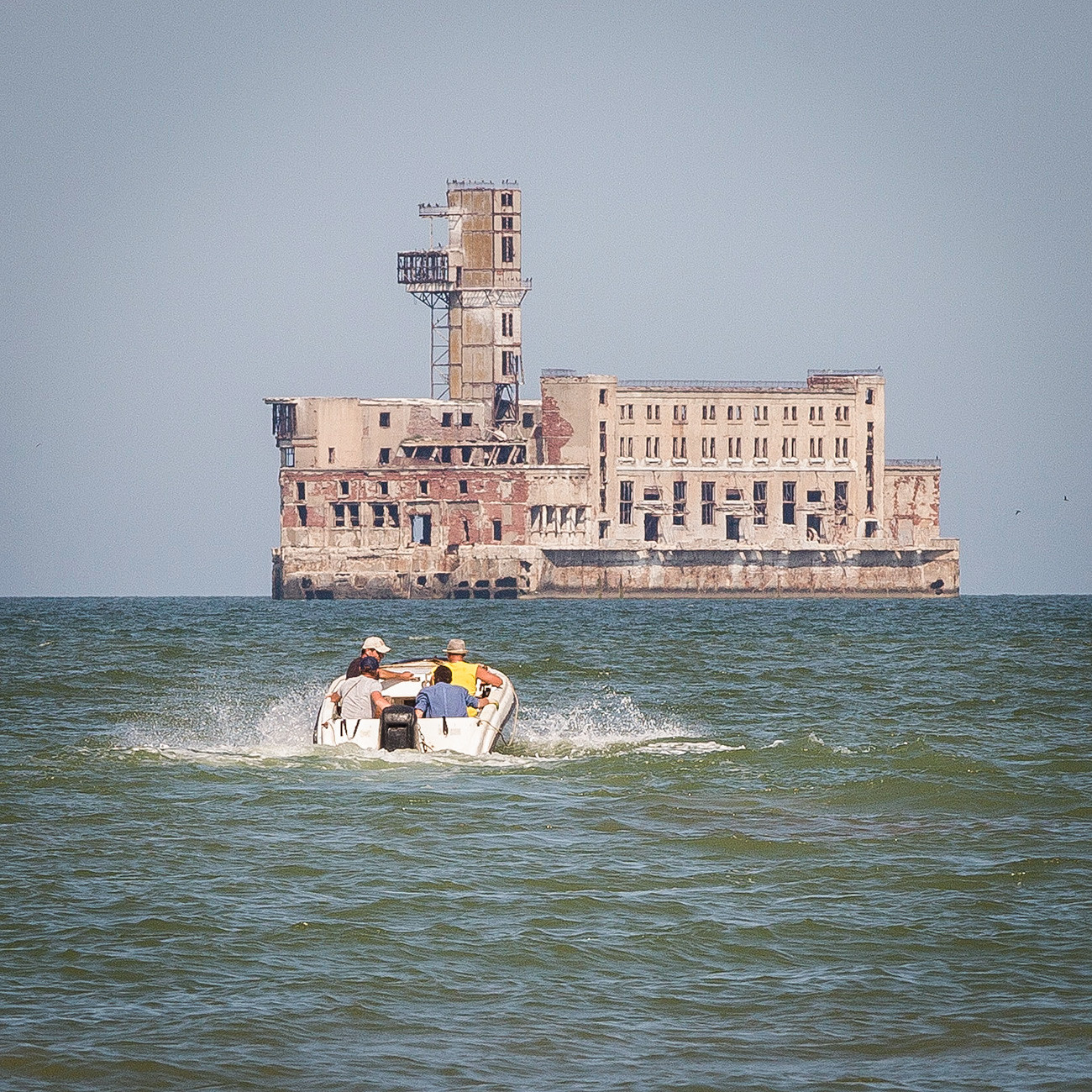 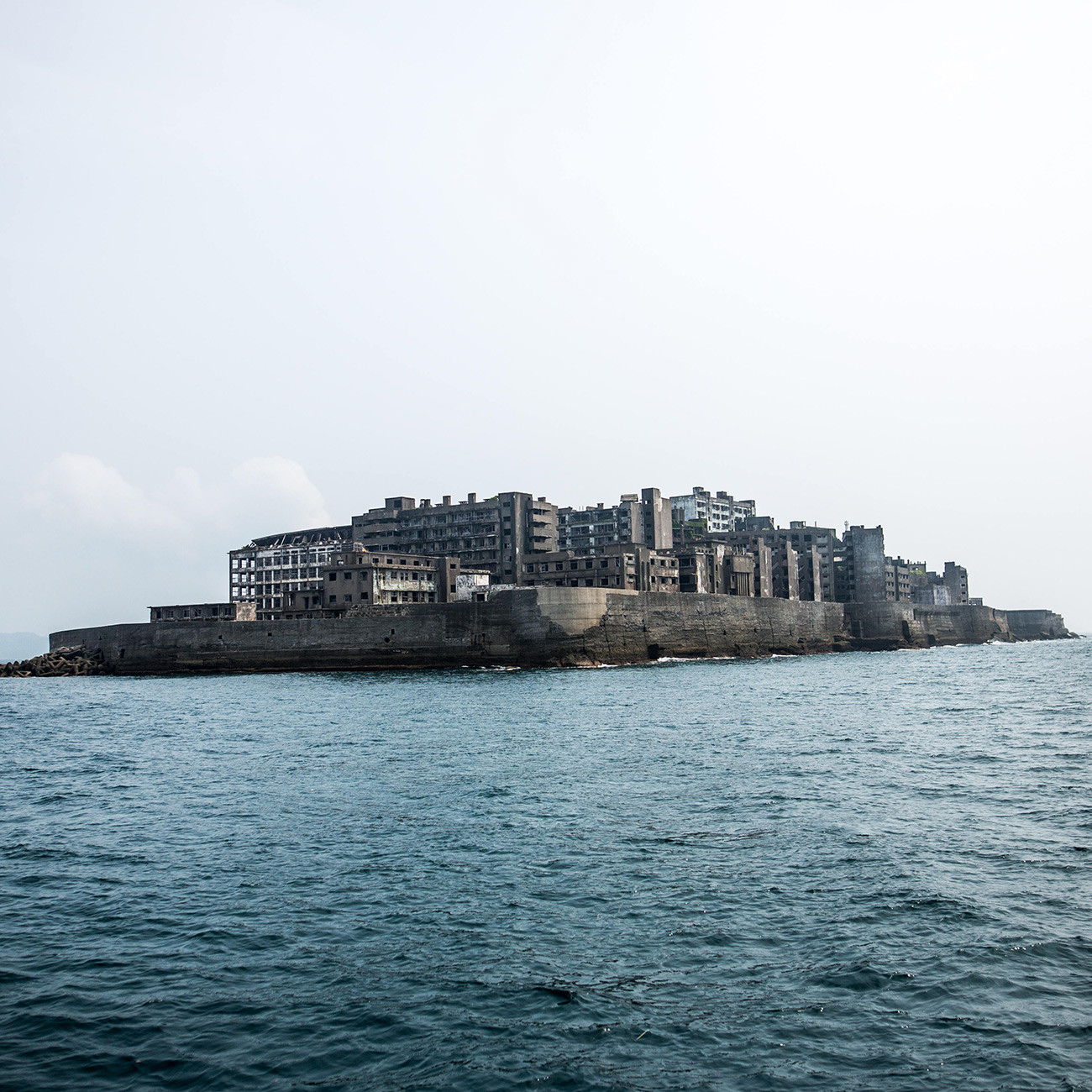