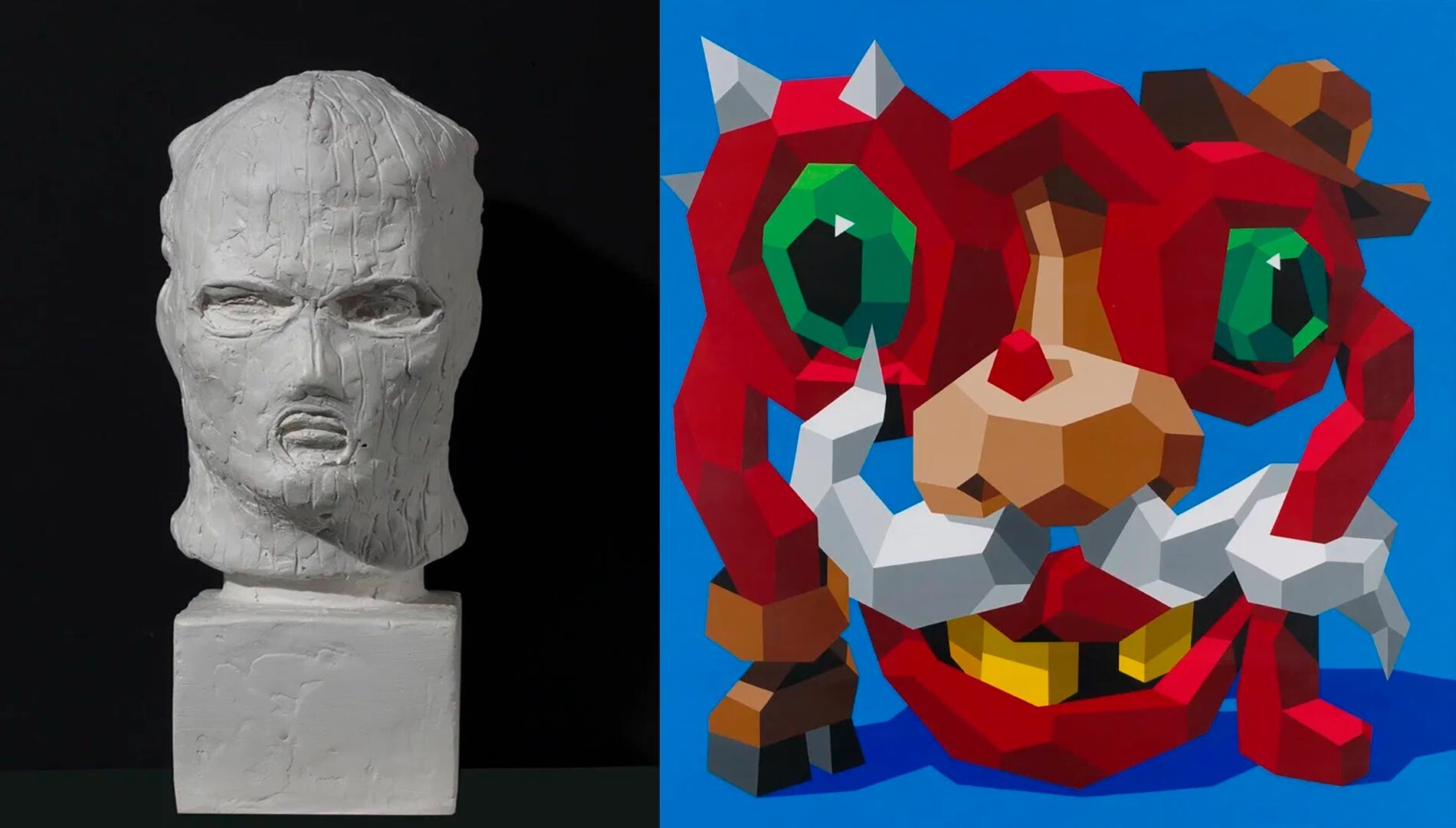 Press photo
These creative spirits used to break the law when ‘decorating’ public places with their graffiti, but the Russian Ruarts Foundation invited these provocative underground artists to be exhibited as legitimate members of the art world. 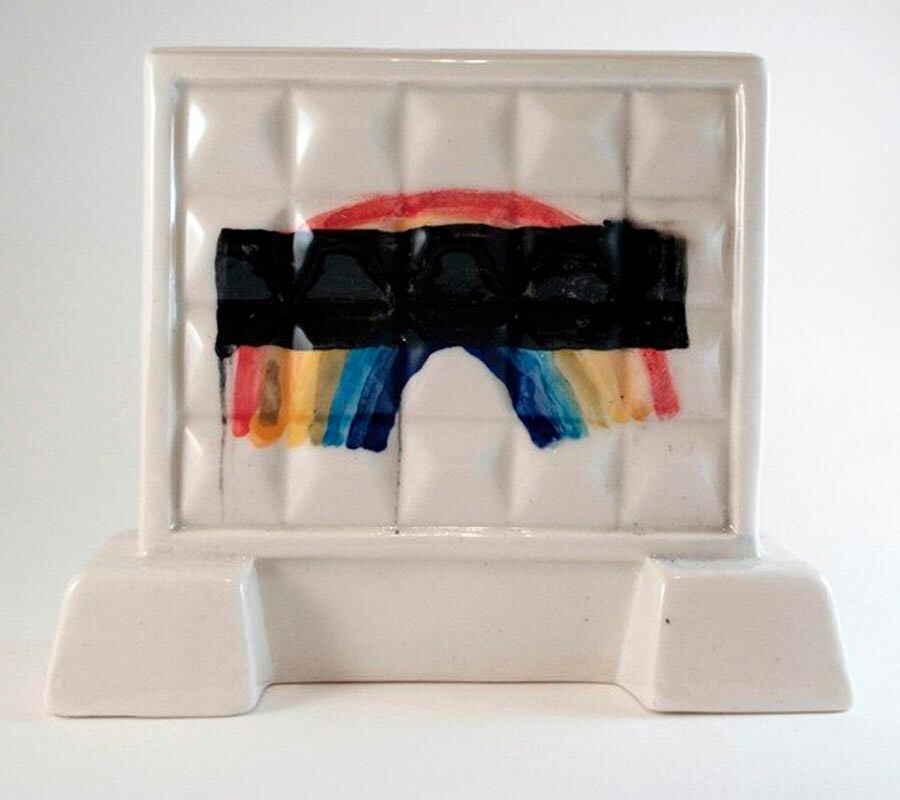 Street artist Zhenya, nicknamed 0331c, has already had solo exhibitions. One is called "Fence" and its slogan is “I Am Just the Letters on the Fence.” His artwork is a porcelain piece in the form of a concrete wall that was common all across the Soviet Union. (Read the story behind the famous Soviet fence here.)

2. Zoom. The catastrophe of our days 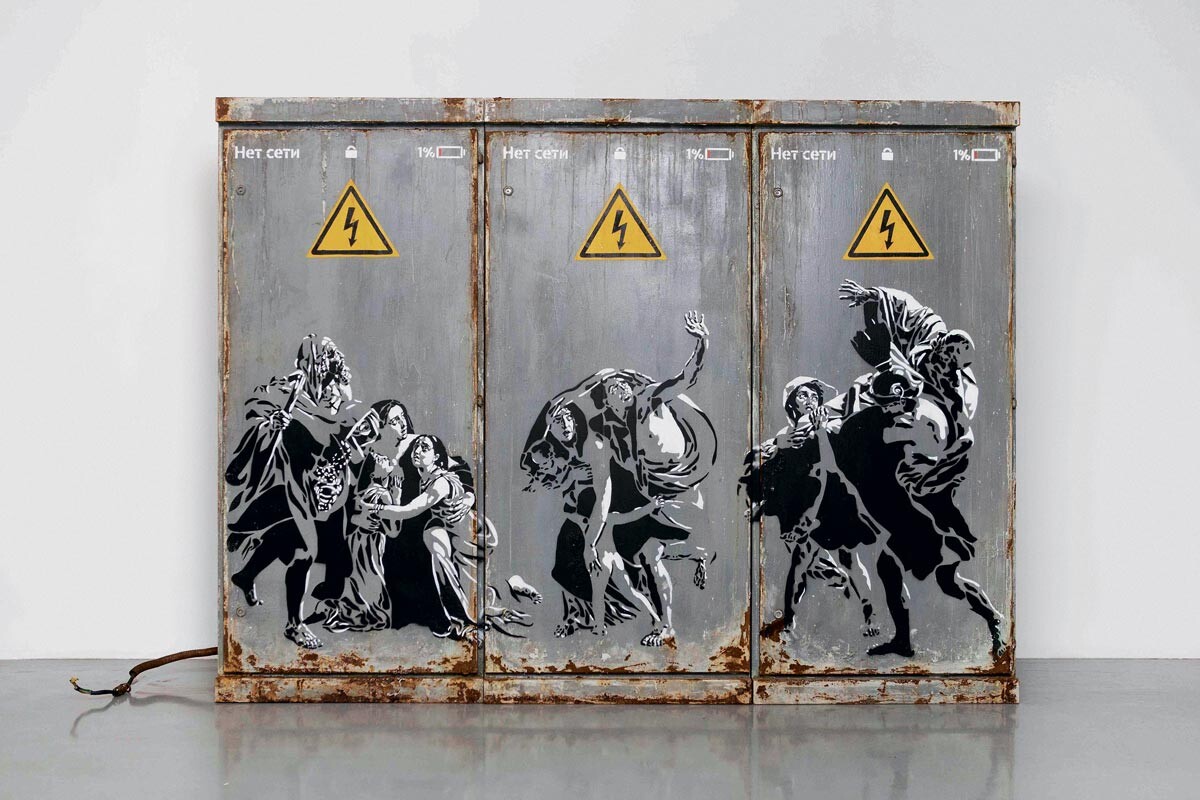 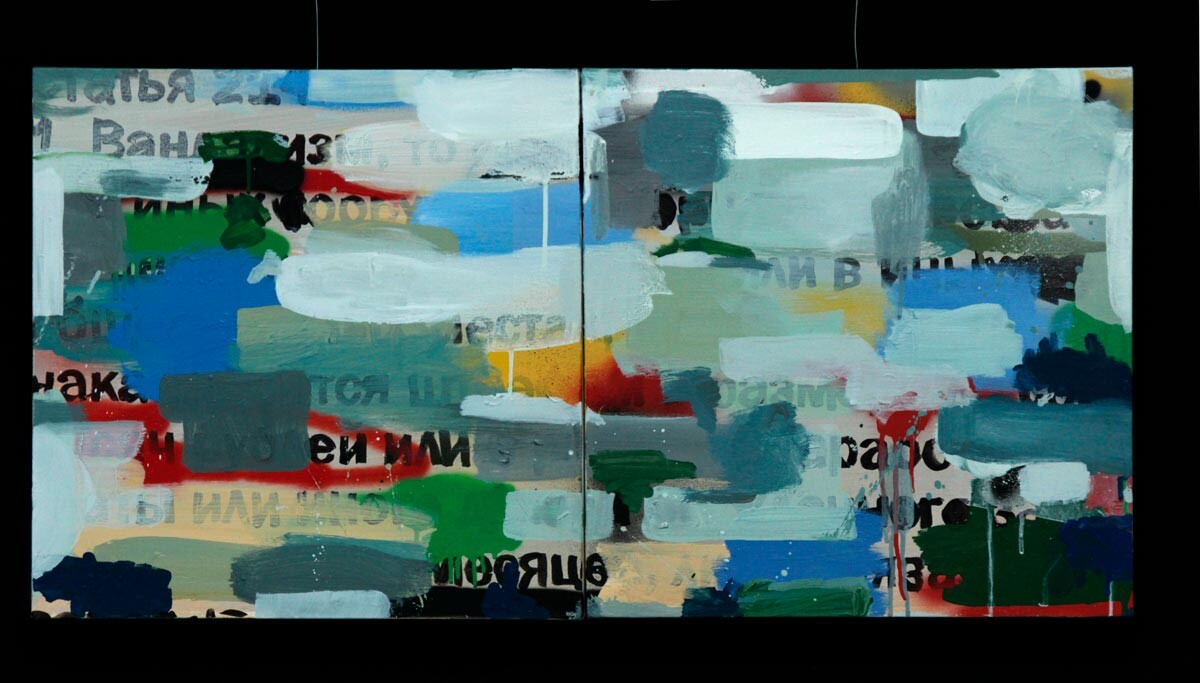 Misha Most is one of the most famous and innovative Russian graffiti artists, and he’s already been exhibited around the world. His art shows the many layers and meanings that can be found in a work of street art. 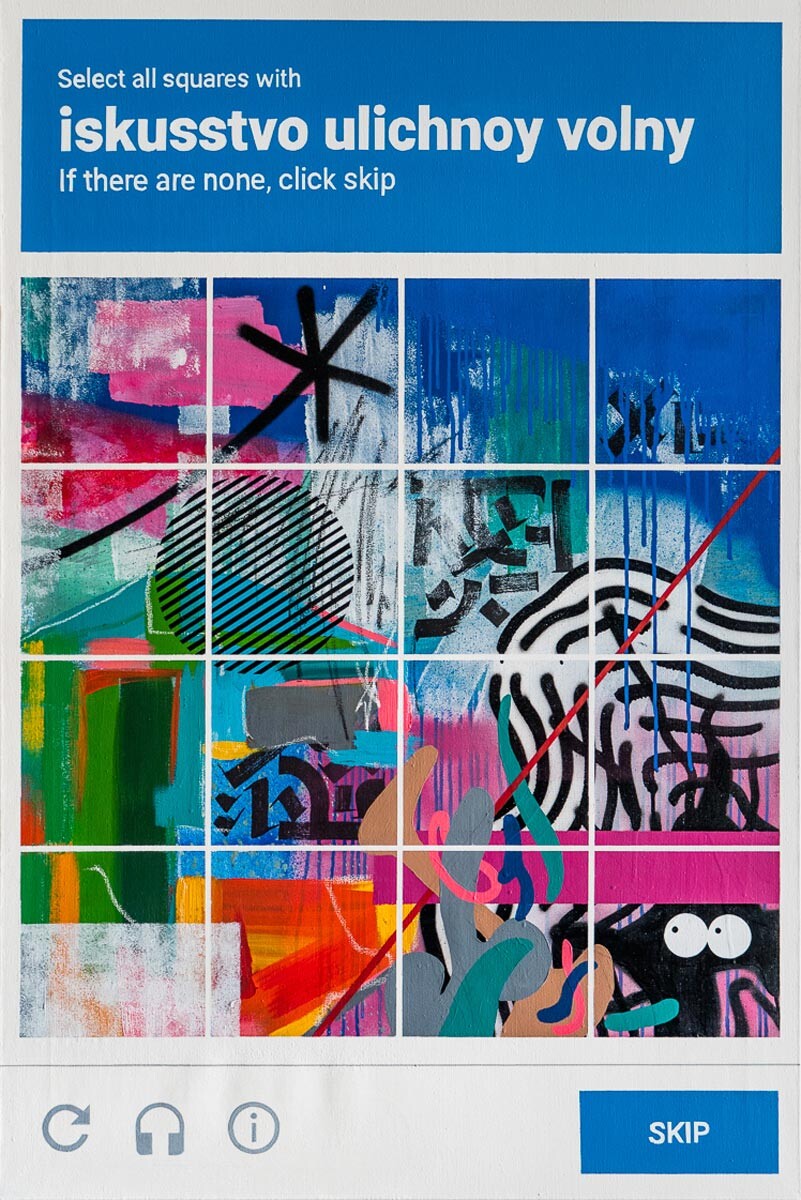 Vladimir Abikh works in many different genres and on the edge of multimedia and street art. He ponders the place of humans in a virtual space, and about the influence that virtuality has on real life.

5. Slava Ptrk. View from the window, from “Gray series” 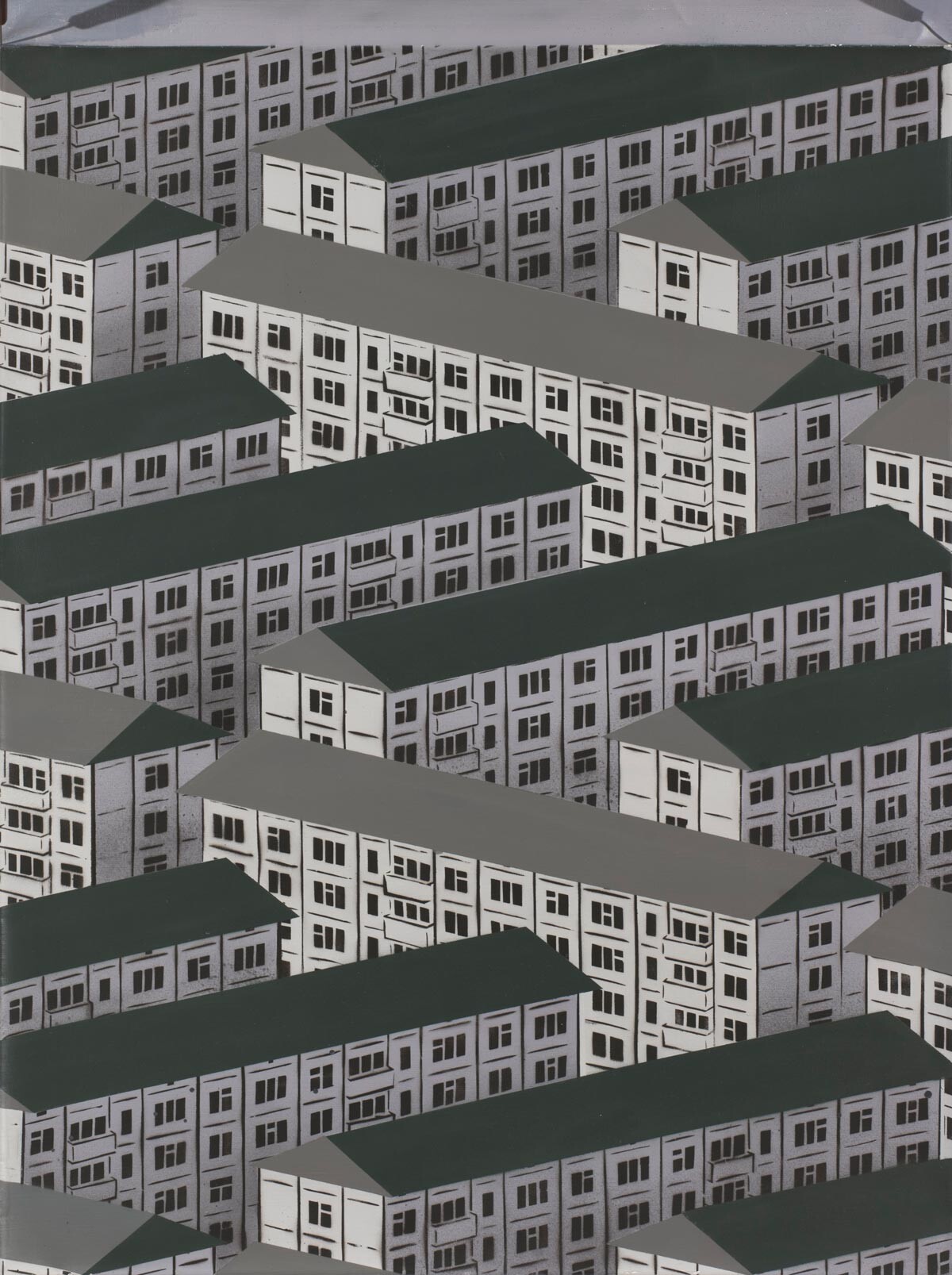 Utilizing stencil, free spray, monumental murals, posters, stickers, and installations, Slava Ptrk works in a variety of techniques and he considers irony as his main tool. He highlights the absurdity of the surrounding reality. 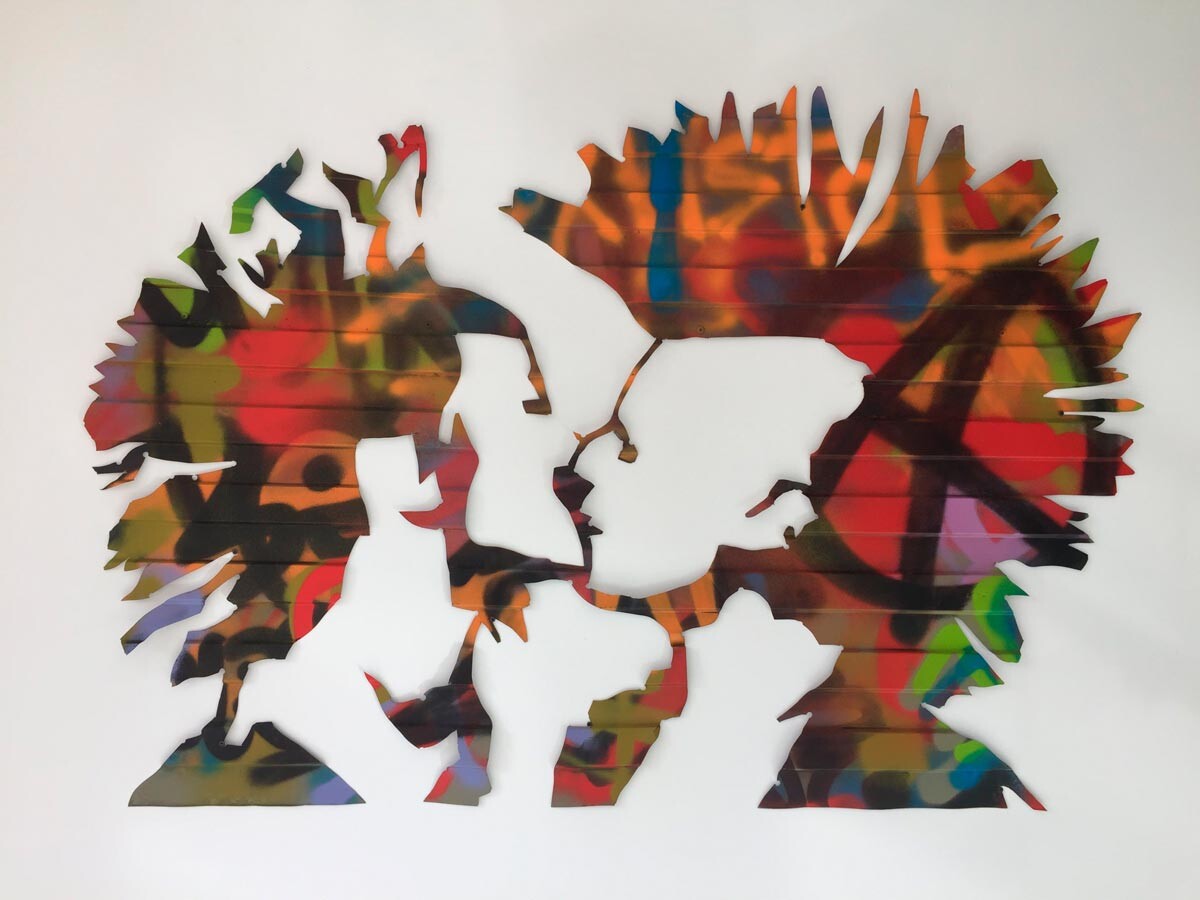 Justifying the name of the group, “Wick” collective of artists takes a provocative jab at society’s  most vulnerable pressure points. Their tough pitch pokes fun at socio-cultural contradictions in our life. 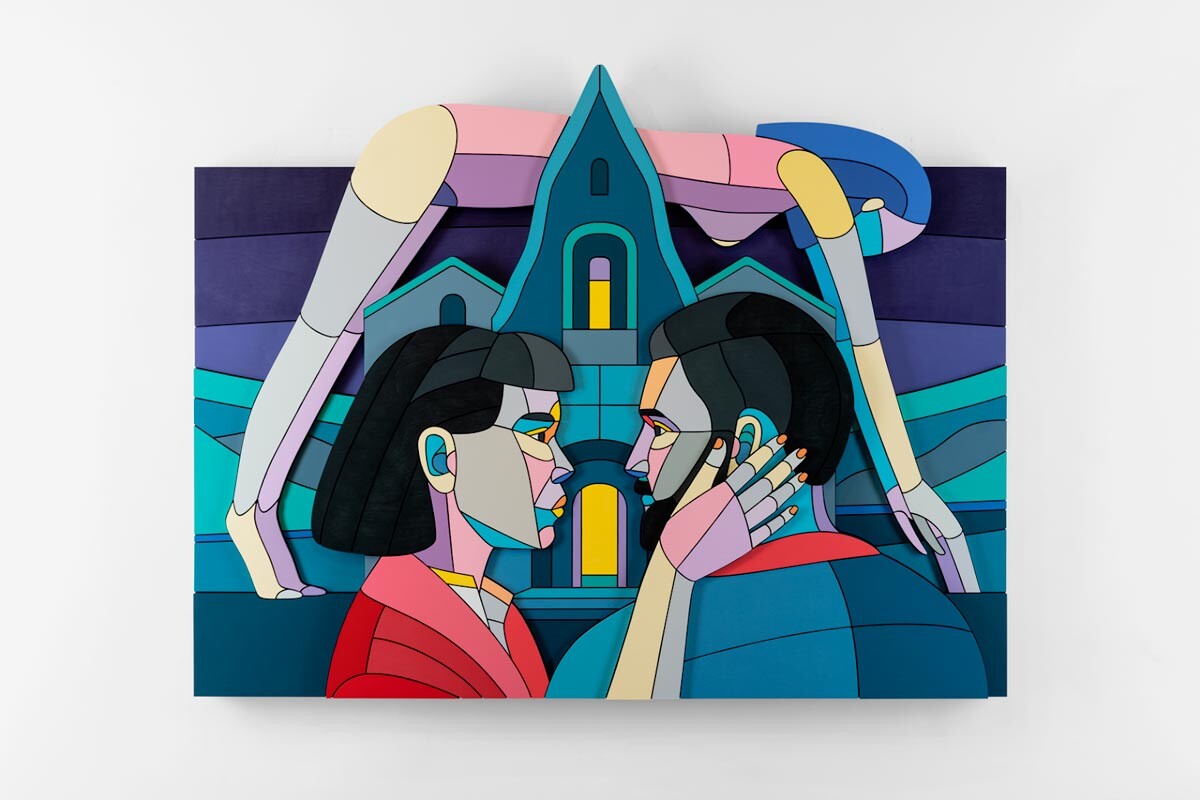 Dmitri Aske is one of the ideologues of Russian street artists who were heavily influenced by graffiti. He creates prints, street art, large-scale panels and public art pieces. His incomparable, unique style and technique is the plywood mosaic. 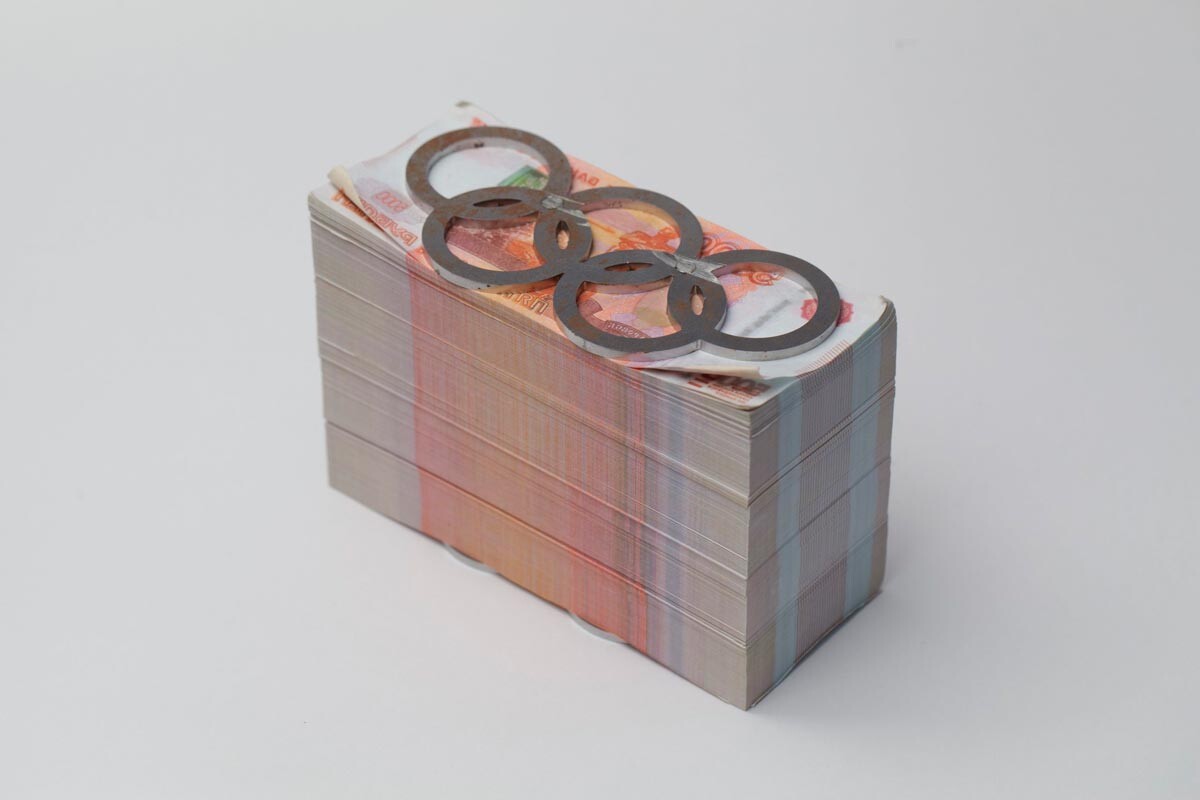 Timofey Radya is most famous for the letterings he creates in public space. "Life is like a video game without a chance to win"; "I would hug you but I am just text"; "Hey you love me"; and other absurdist captions that speak louder than anything. Radya also produces large-scale performances and provocative satirical installations that give us a chance to deeply explore the senses. The video performance of his Figure 2. Game is available here. 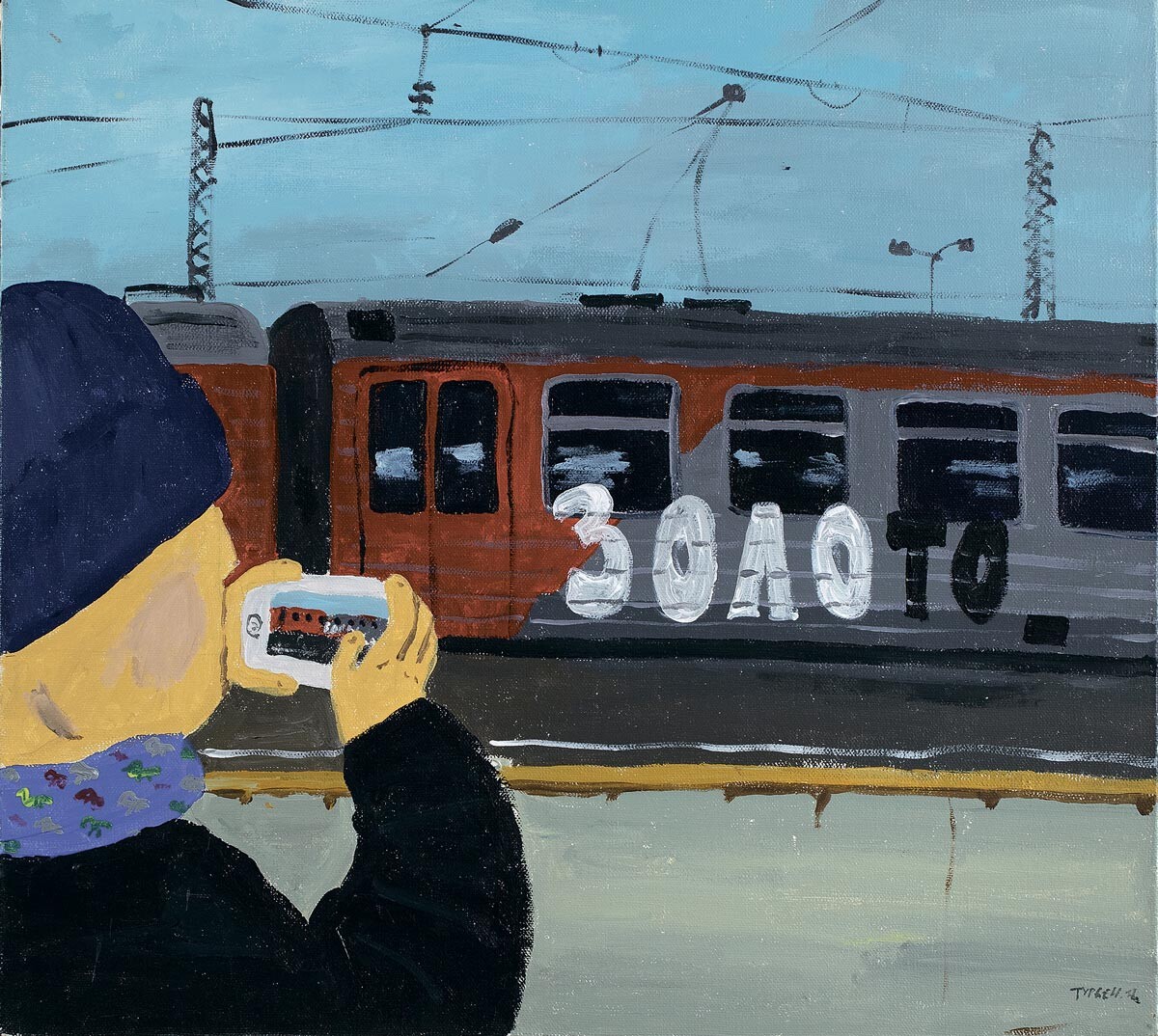 Turben has been creating street art since 2008, and in the course of his creative path he tried his spray in many genres and used different allusions. He combines graffiti, naive, Pop Art and images of mass culture. 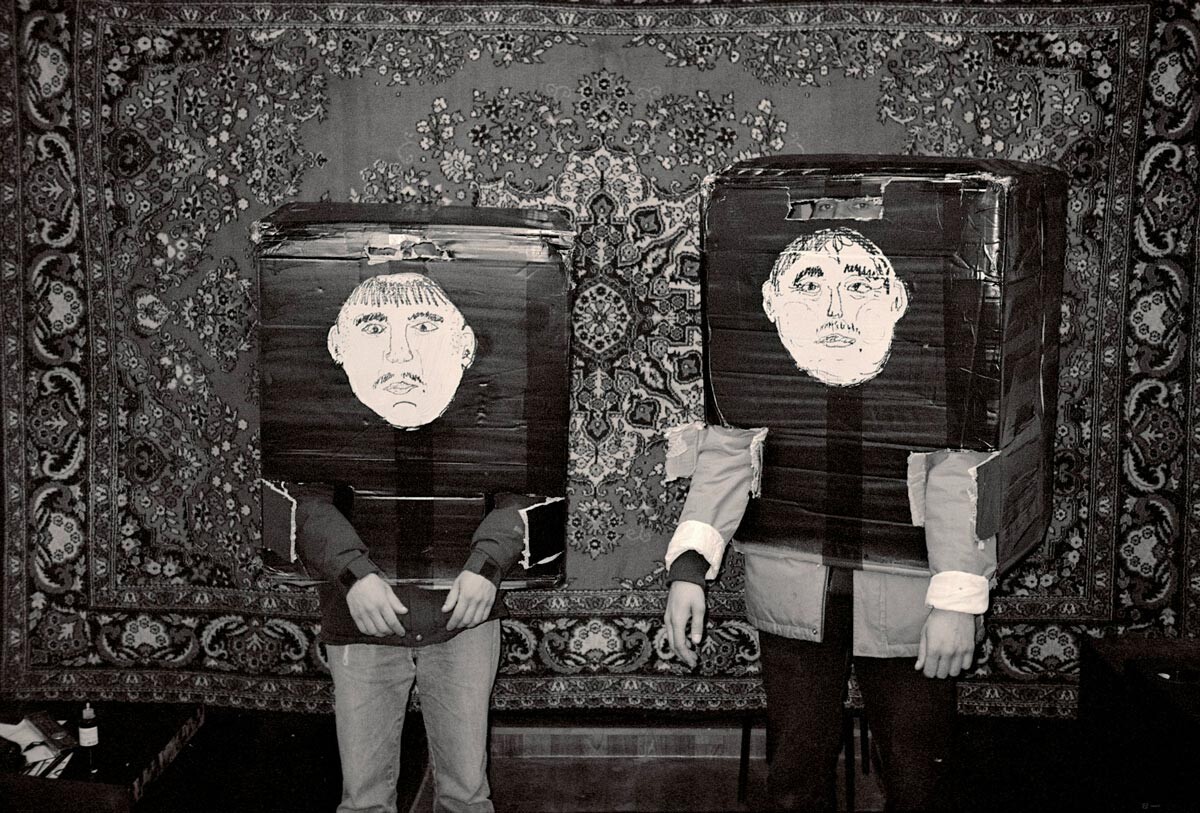 Alexei Partola debuted with a book of black-and-white photographs of Moscow street artists at work. He has also made a large-scale survey of Russian street art and published two photo albums, 'Wall elements'. 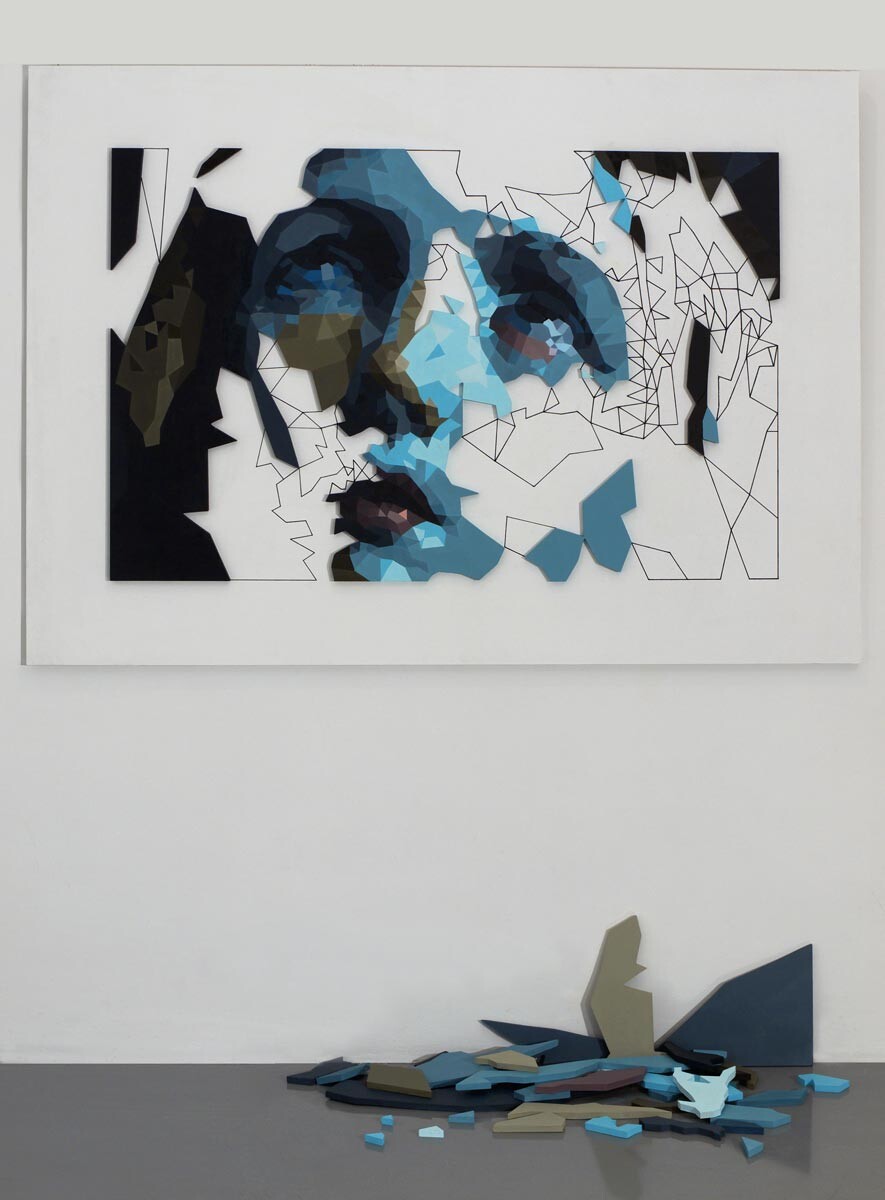 12. Alexander Zhunev. One hand washes the other 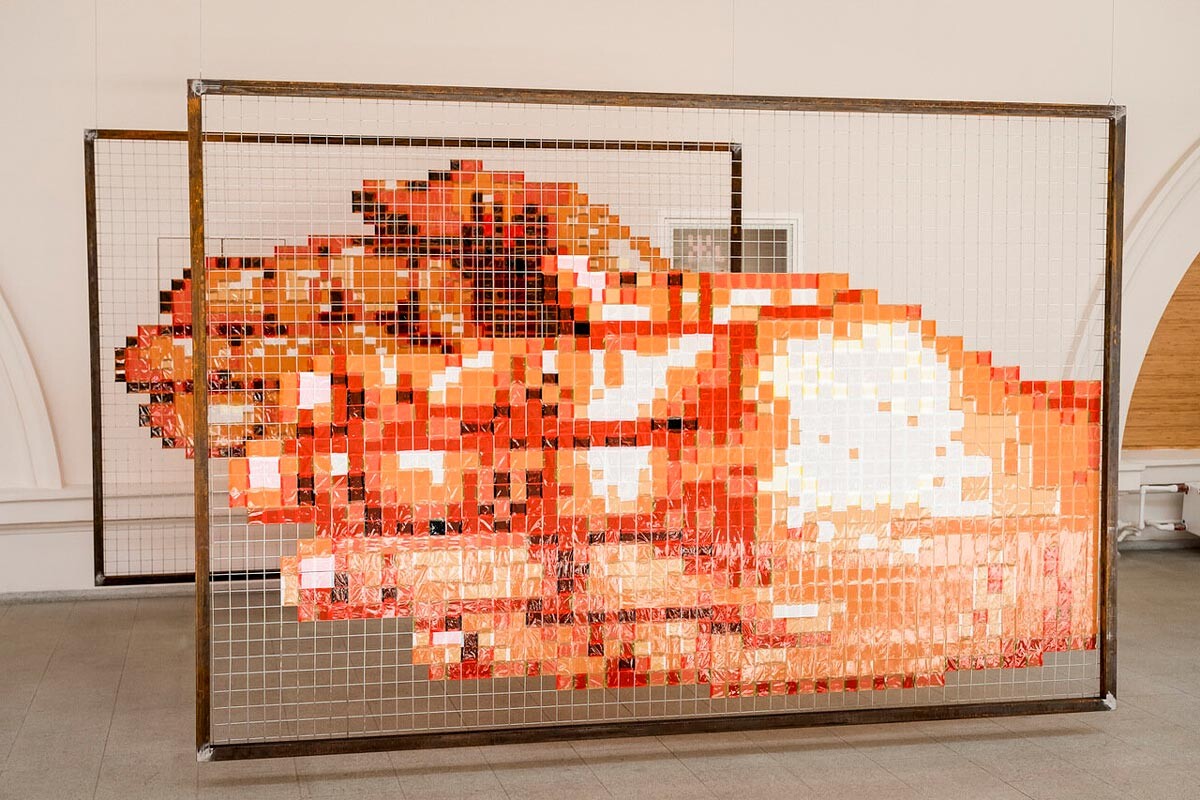 Zhunev seeks inspiration in Pop Art, as well as in the street art of Banksy.. He used to experiment with different styles before he found his own. Pixel Art has been his main focus since 2013.

The exhibition, “True Ly”, features works by Russian street artists and is on display at RuArts foundation until May 15, 2022