Fantasy VS Reality: Netflix’s ‘In From the Cold’ tackles RUSSIAN spying 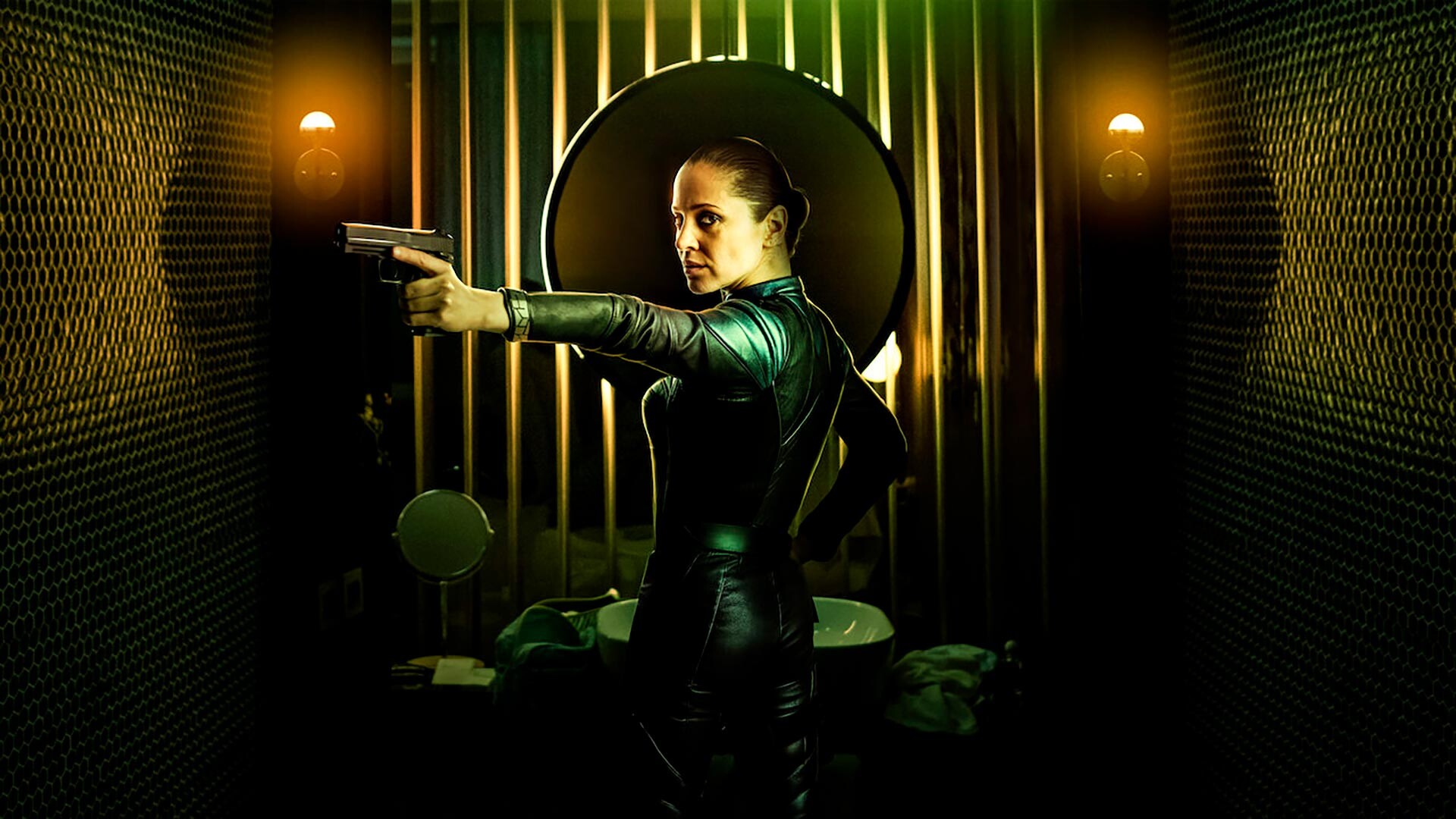 In from the Cold, 2022 / Netflix
The creators have done their utmost to recreate the Moscow of the 1990s and even invited actual Russians to star in the series. But does the show hit the mark?

Netflix’s new series, ‘In From the Cold’, deals with the eternal theme of rivalry between Russia and the United States, with most of the action happening in Spain, of all places. It is there that a CIA agent finds a seemingly ordinary American woman - Jenny - who is there with her daughter, allegedly, attending a figure-skating competition.

Except, Jenny wasn’t always who she appears to be. She was once Anya ‘The Whisper’ Petrova, a KGB operative, tasked with eliminating Russia’s enemies, while also being a master of disguise.

Fast-forward to the present and we see a string of killings take place in Madrid, all of which appear to bear Anya’s signature. The CIA then recruits her to help them track down the killer or killers.

‘In From the Cold’ is fantastical in every sense of the word; although, there are some bits of reality sprinkled throughout. It’s not an over-the-top work of fiction the likes of ‘Red Heat’, but also lacks the all-out parody of the ways of “Mother Russia” we’ve seen in ‘Killing Eve’. The show’s creators, it seems, have taken upon themselves to treat the material seriously and attempt to provide an earnest portrayal of 1990s-era Russia. Let’s go over what does and does not work.

REALITY: Russian with no accent 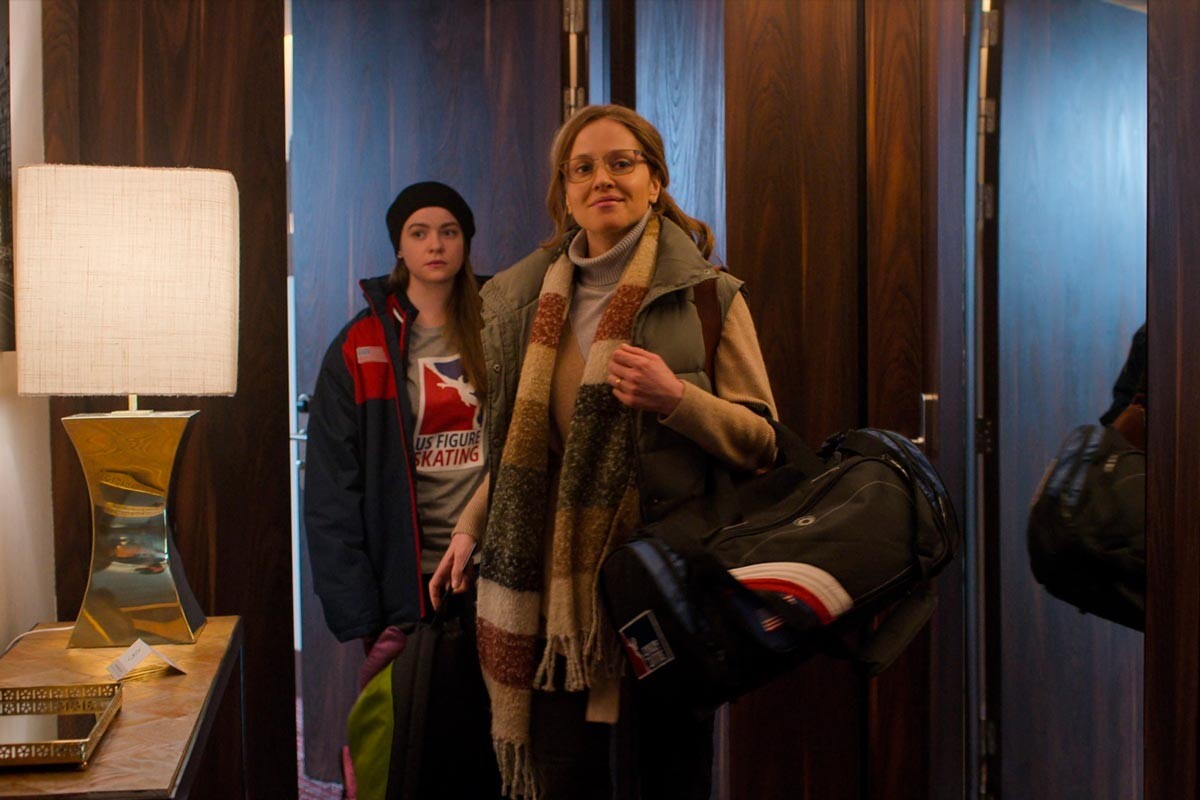 Jenny is played by American actress Margarita Levieva, who was born in Leningrad (now St. Petersburg), but relocated to the U.S. at the age of 11, where she could build a career in movies. One of her recent roles was alongside James Franco in ‘The Deuce’ (2017-2019). The young Jenny (Anya), meanwhile, is played by Russian actress Stasya Miloslavkaya. 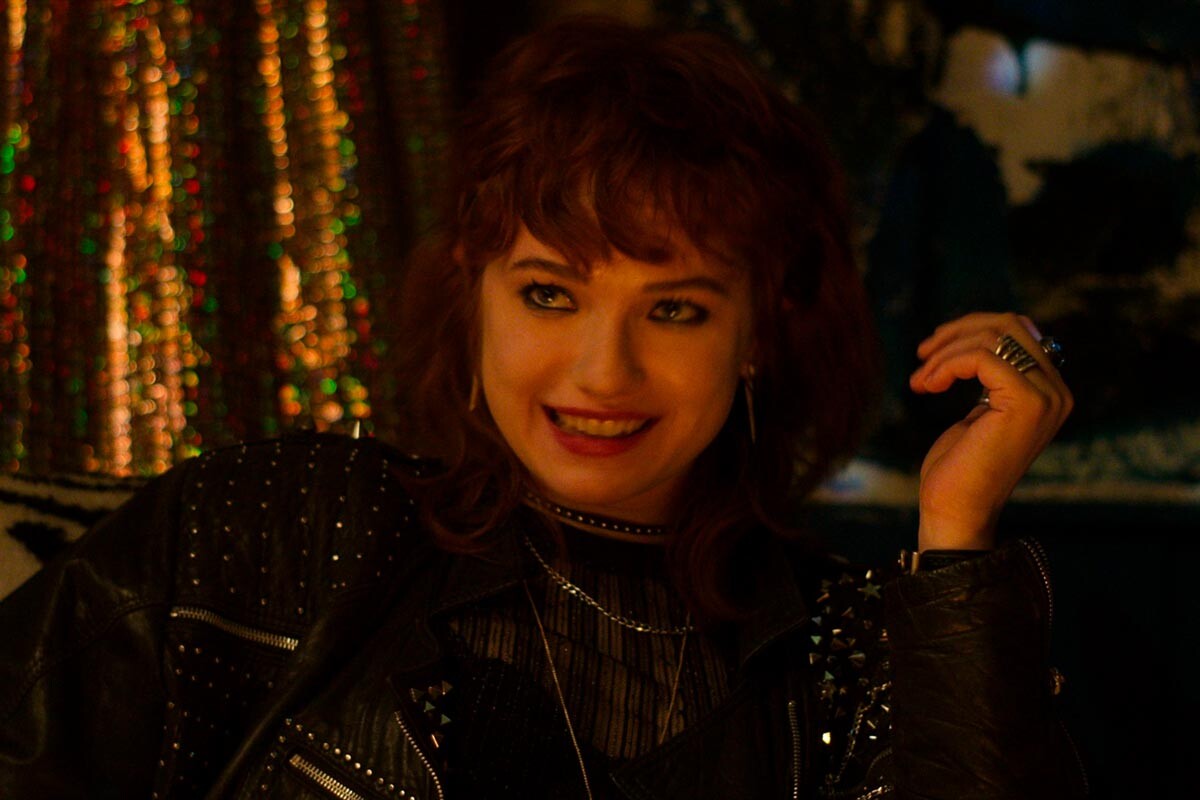 Seeing as flashbacks to the 1990s take up about half of the show’s time, it’s reasonable to consider both Miloslavskaya and Levieva’s roles as equal in importance (Levieva, by the way, still speaks perfect Russian). Another key character is ‘The Whisper’s handler, also played by a Russian - Alena Khmelnitskaya. She also exerts considerable influence on the present-day development of Jenny’s character.

FANTASY: Myths about spies and traitors to the Motherland 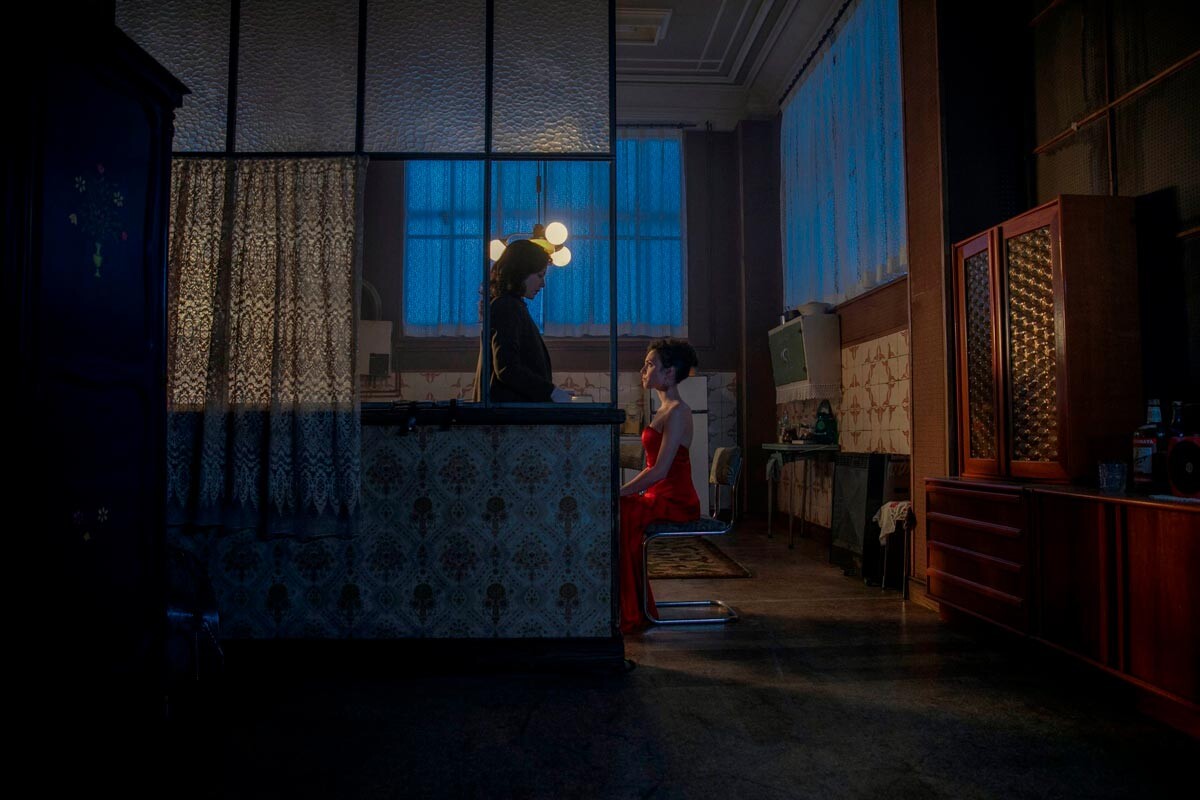 The major question is how could Anya ‘The Whisper’, who possessed extraordinary skills as a field operative, manage to become an ordinary American citizen and - apparently, since the early 2000s - live an ordinary, boring life? The key to the answer lies in the finale, which appears to hint at a possible continuation. But, at first glance, this seemingly weird situation is explained by the CIA agent in the following terms: The economy has collapsed; espionage has stopped being the government’s top priority and with Russia having lost its grip, ‘The Whisper’ finally gets her chance at freedom. All this given that Alena Khemlnitskaya’s character confesses towards the end that she was accused of treason and sent to Siberia - which hasn’t been a place of exile for decades.

REALITY: Atmosphere of the 1990s 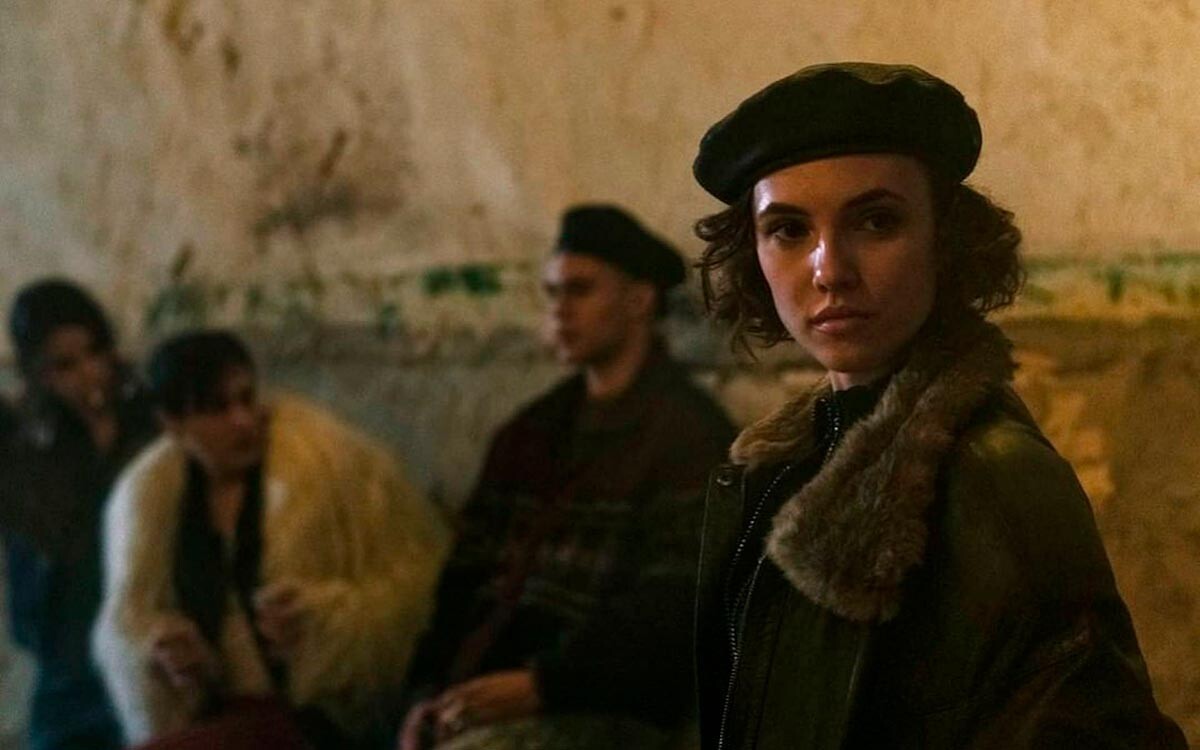 The Russian portion of ‘In From the Cold’ focuses on a Moscow winter in 1994, which we find out thanks to blood-red and very authentic-looking captions. And there is indeed a lot of plausibility in the CIA agent’s story about the 1990s being too problematic a period, leaving little time for a comprehensive program of espionage.

In one of the flashbacks, Anya ‘The Whisper’ visits a rave at some industrial plant. There, we encounter the “golden youth” and see Anya get acquainted with the son of a Chinese embassy official. We see her down not only vodka (the Smirnoff bottles are quite par for the course, without coming across as crude product placement), but also champagne from couped glasses. This is accompanied by a soundtrack reminiscent of 1990s techno/rave band ‘Tehnologia’, popular at the time. The wardrobe choices deserve a mention as well: Anya prefers a sort of fashion-military style and the rest of the characters also look authentic for that period. The protagonist’s fashion sense is a throwback to the rave-loving Kat, from director Aleksey Balabanov’s cult classic ‘Brat’ (‘Brother’; 1997), also available on Netflix. So, we can safely say that the Russia of the 1990s has been faithfully reproduced.

FANTASY: Moscow Metro and beyond 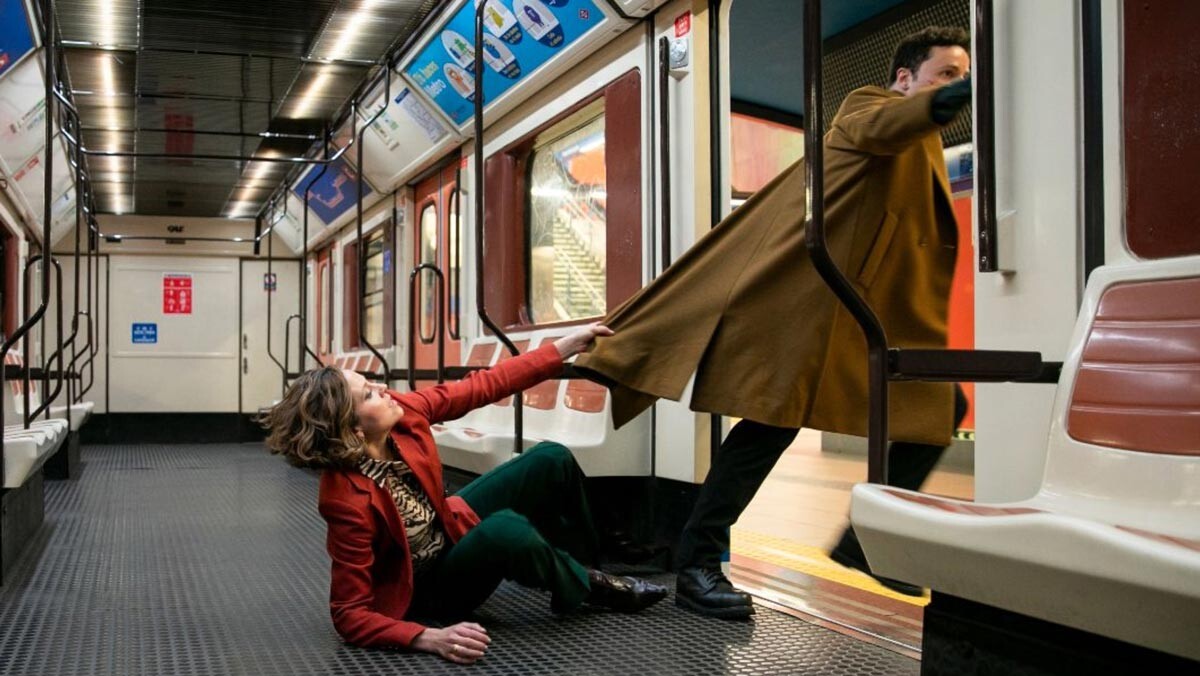 Despite all attempts by the creators to somehow get across that 1990s atmosphere, they end up in the same pitfalls as most Western writers when tackling Russia. The show is filmed entirely in Madrid, where the main portion of the story takes place in the present day. The writers still found it impossible to resist showing the Moscow Metro. Bad move: anyone who’s visited the Moscow underground will know that the scenes filmed there were, at best, shot in pavilions and, at worst, diluted with inserts from European or even New York subways - including the underground crosswalks. The legendary Aleksandr Deyneka-inspired wall mosaics don’t really come across as authentic here, either. 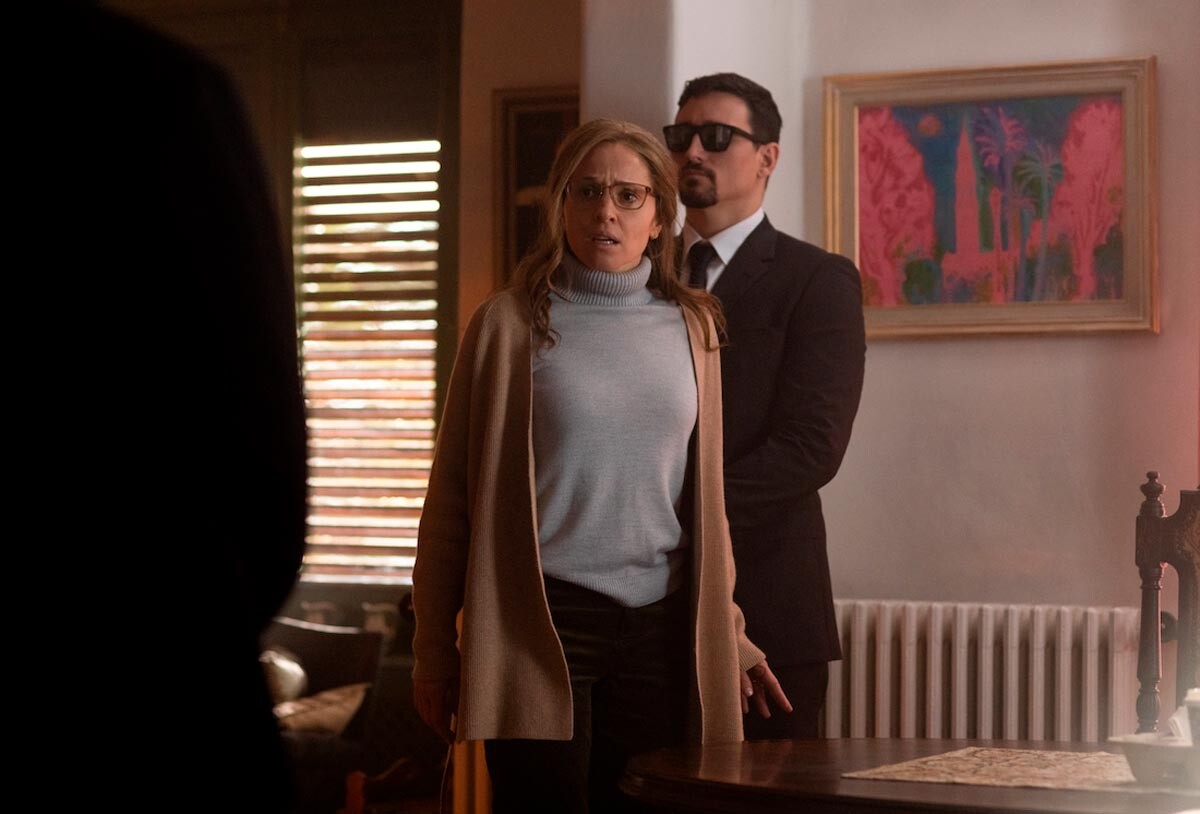 The apartment spaces in the show are likewise a far cry from the painstaking attention to detail we’ve seen in the likes of HBO’s ‘Chernobyl’. True, that show was set in 1986 and ‘In From the Cold’ takes place in 1994. However, it should be noted that, in that eight-year time span, not a whole lot has changed in the way of late/post-Soviet interiors. We actually see two apartments featured in the flashbacks - one is Anya’s work apartment, given to her by the KGB, while the other is her father’s, which appears in the final episode. It looks rather authentic: there are tin cans in the kitchen with little inscriptions on them (and no mistakes!) - “gerkules” (oats) and “muka” (flour) and other small, but important, details. The other apartment, however, veers off course by becoming a European-styled apartment that appears to have been fitted with IKEA products, notwithstanding the obligatory wall rug that sticks out like a sore thumb: this makes the family reunion scene appear as ambitiously unauthentic in a very Western way.