Why you should watch ‘Tale of Tales’, the surreal Soviet animation by Yuri Norstein 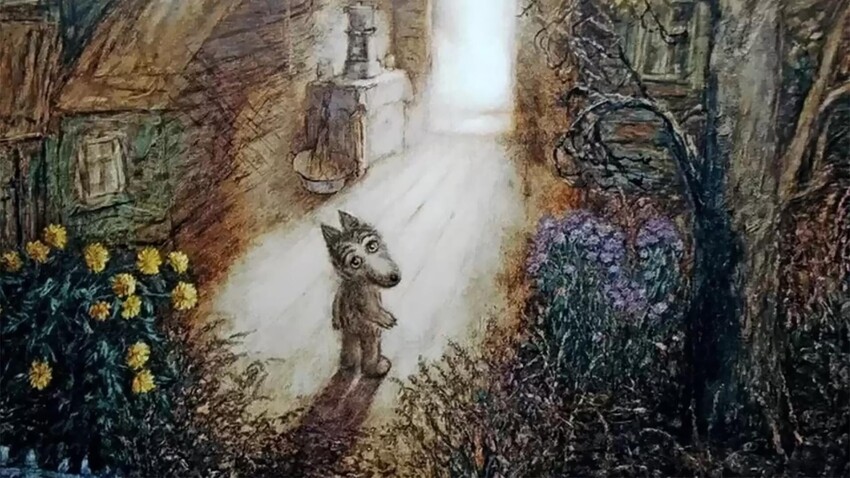 Some tales are a bit like wine. The older, the better. This movie was made in the not-so-distant past and has been consistently voted as the best animated film of all time by critics worldwide.

More than four decades after the release of Norstein’s masterpiece, its visual storytelling still remains beyond our grasp. It’s something to watch and rewatch to mull it over. In the long run, you risk getting so involved in the ‘Tale of Tales’ that you will feel a sense of the surreal.

Filled with mystery and wisdom, ‘Tale of Tales’ (1979) is not your average animation film. It’s a 29-minute-long meditation on loneliness, loss and the evolution of life, with a mix of real and surreal elements. 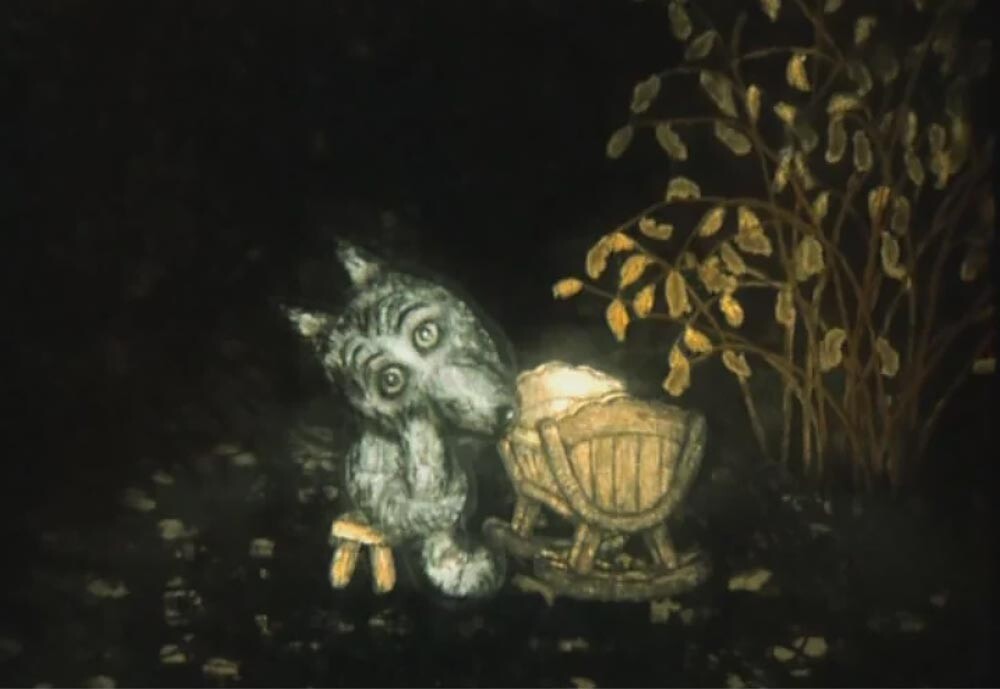 One of Russia’s most revered playwrights, Lyudmila Petrushevskaya, co-wrote the script for the ‘Tale of Tales’. Norstein’s masterpiece has collected a number of prestigious international awards and was ranked the greatest animated film of all time at the 1984 Los Angeles Olympic Arts Festival.

Norstein borrowed the name of the ‘Tale of Tales’ from a poem of the same name by Turkish poet Nazım Hikmet, whose poetic lyrics have been translated into more than fifty languages, including Russian. 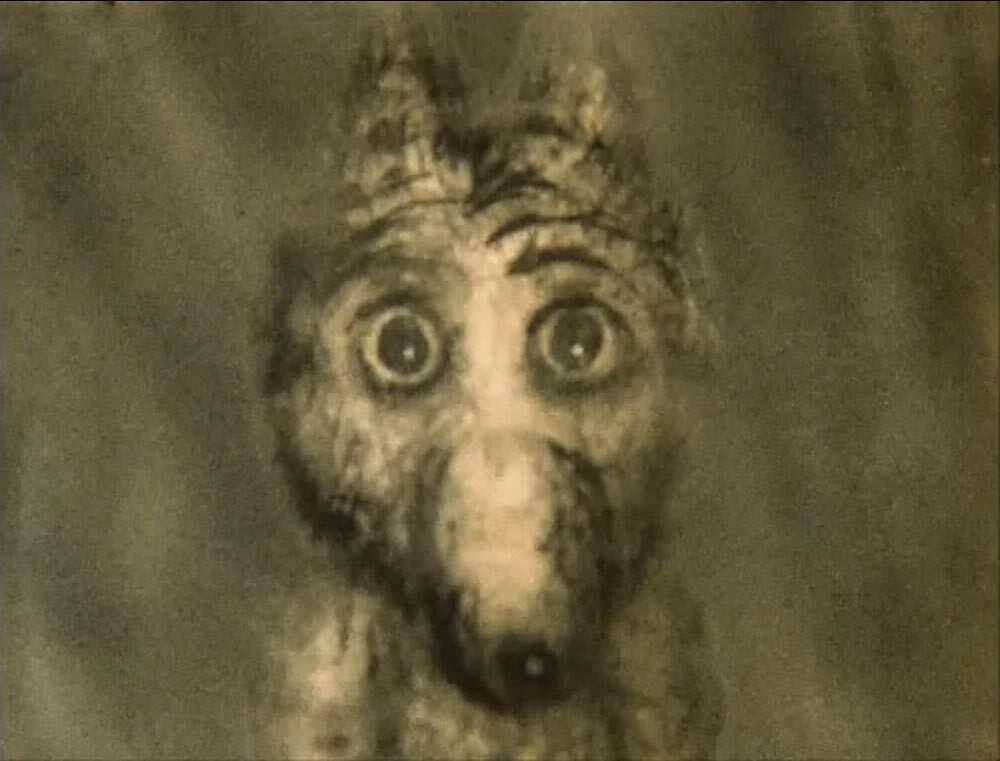 In ‘Tale of Tales’, the world is seen through the wide-open, sad, scared eyes of a little gray wolf, who acts like a guide through the complex story. The dominant leitmotif for the tale is a famous Russian lullaby, which goes as follows: “Baby baby rock-a-bye/On the edge you mustn’t lie/Or the little gray wolf will come/And will nip you on the tum/Tug you off into the wood/Underneath the willow-root.”

At first glance, ‘Tale of Tales’ is a tightly sewn patchwork of many-tentacled metaphors and personal memories, such as a little girl skipping the rope, a woman doing the laundry, a poet with a harp, a drop that flows from a leaf and delicious red apples falling into the white snow…

It’s also a poetic look into the painful World War II wounds that will hardly ever heal. Yuri Norstein was born in Moscow in 1941. Memories of the devastating war were always in the back of his mind. 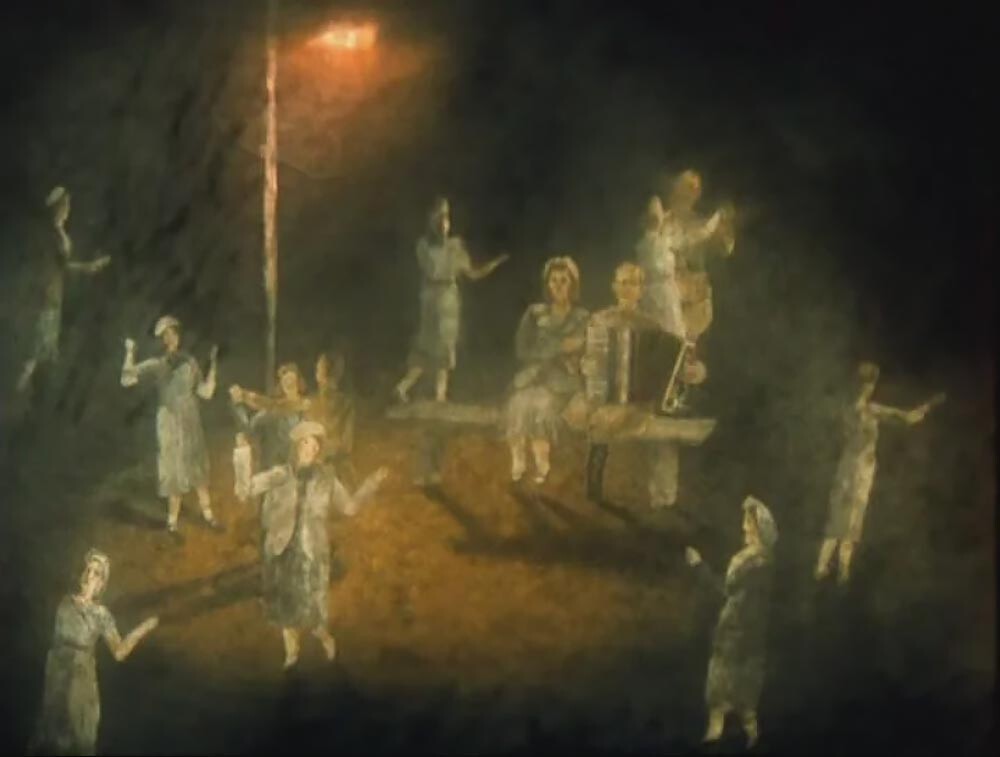 One of the strongest scenes in Norstein’s animation film is where several women and their husbands are seen dancing to a lovely tango tune, ‘Burnt by the Sun’, when, the next minute, the women are left alone, as if their beloved partners had suddenly found themselves at the wrong end of a shooting gallery. And that’s exactly the case. The war is to blame, with the thin ranks of soldiers vanishing into darkness akin to the grim reaper. The poor women would be formally informed that their brothers, husbands and sons were all killed in action…

READ MORE: Why you should watch Yuri Norstein’s masterpiece ‘Hedgehog in the Fog’

“We all have our time machines. Those that take us back are memories. And those that carry us forward are dreams,” Herbert Wells believed. In his ‘Tales of Tales’, Yuri Norstein, a living legend of Russian animation, blended layers of memories and dreams to foster peace and hope. Norstein made his name as an animation guru who doesn’t use computer animation in his signature films. One of them, ‘Hedgehog in the Fog’, was ranked No. 1 in a poll at the 2003 Laputa Animation Festival in Japan, where 140 animators from across the globe picked out the best animated films in history. 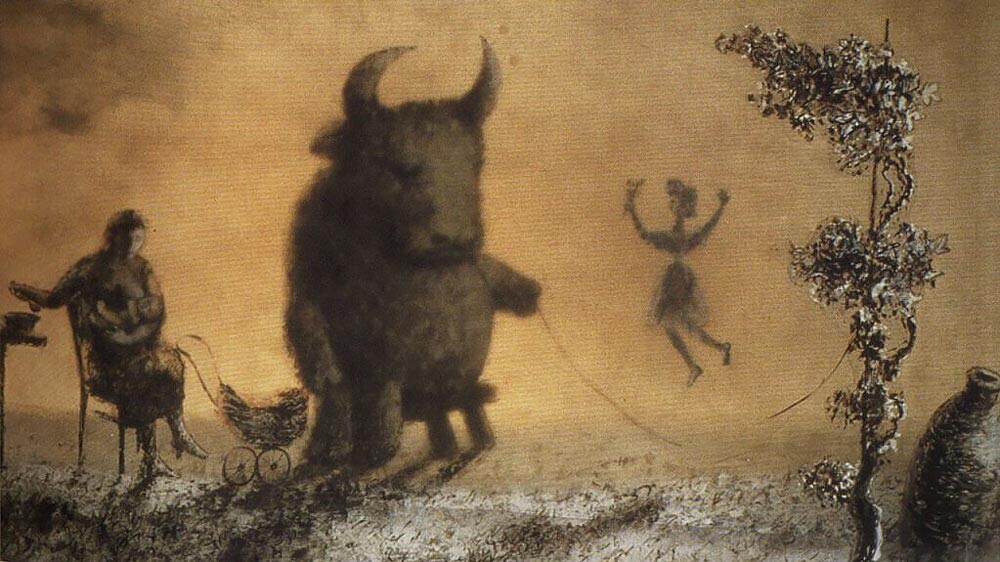 When working on his ‘Tale of Tales’, Norstein used multiple layers of glass panes to create unconventional three-dimensional effects. And it shows! ‘Tale of Tales’ is like a rearview mirror that separates the narrator from the painful past. Images of childhood, with its high hopes and bitter disappointments, help the viewers relate to the story with a universal, humanistic appeal. To add authenticity, Norstein used documentary footage of fire, water, and snow in his animation. Supernaturalistic frames, juxtaposed with the more or less familiar nature of the world, helped turn the ‘Tales of Tales’ into a hand-crafted visual masterpiece. 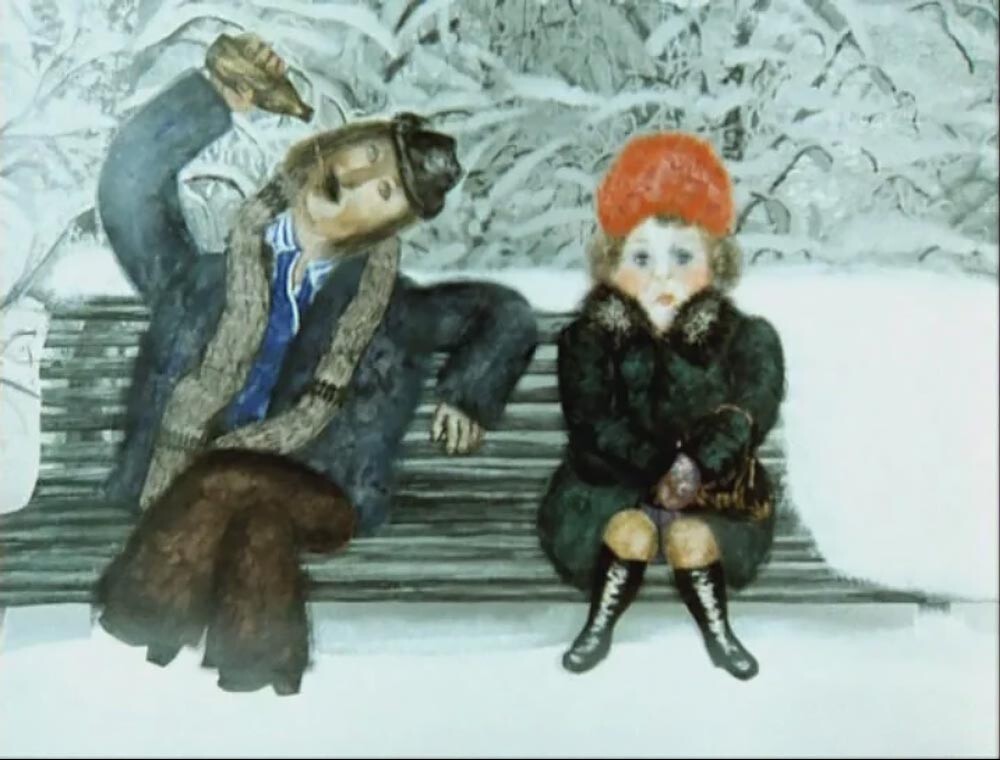 The musical accompaniment in the animation film serves as a springboard to impact wisdom. The triumphant Mozart illustrates episodes of joy and happiness, while the tragic Bach is heard in scenes of disappointment, loneliness and despair. In ‘Tale of Tales’ everything is thought out to the last detail - scary noises, spooky images, fleeting reflections and spots of sudden, trembling light. In Norstein’s throwback vision of the world, there’s definitely some light at the end of the tunnel, and a sense of belonging.

You can watch ‘Tale of Tales’ in full here.