Top 5 HOTTEST Russian supermodels who made it big (PHOTOS) 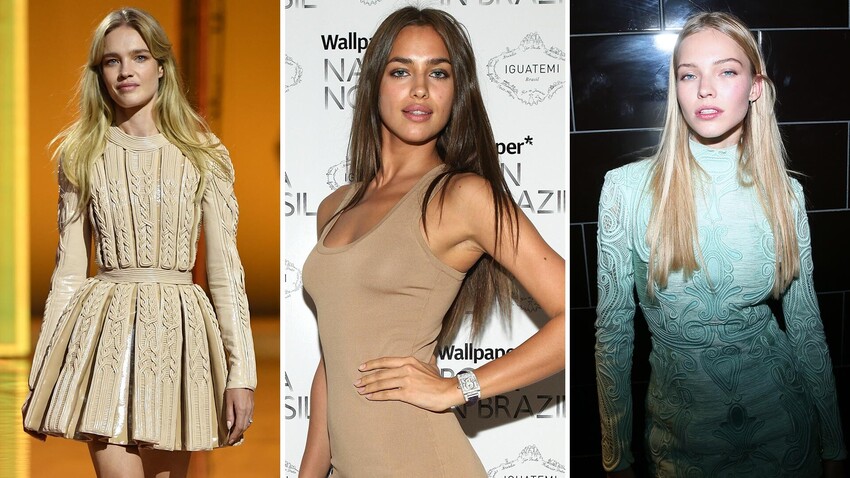 Peter White; Ben Hider; Victor Boyko/Getty Images
These catwalk stars have built glamorous careers in modeling, proving that the fashion industry is truly global and seems to know no bounds.

Incredibly beautiful, charming and confident, they never get tired of changing outfits, hairstyles and the cities they live in.

Blonde, blue-eyed and beautiful, Luss is a triple threat and very much a beauty queen. 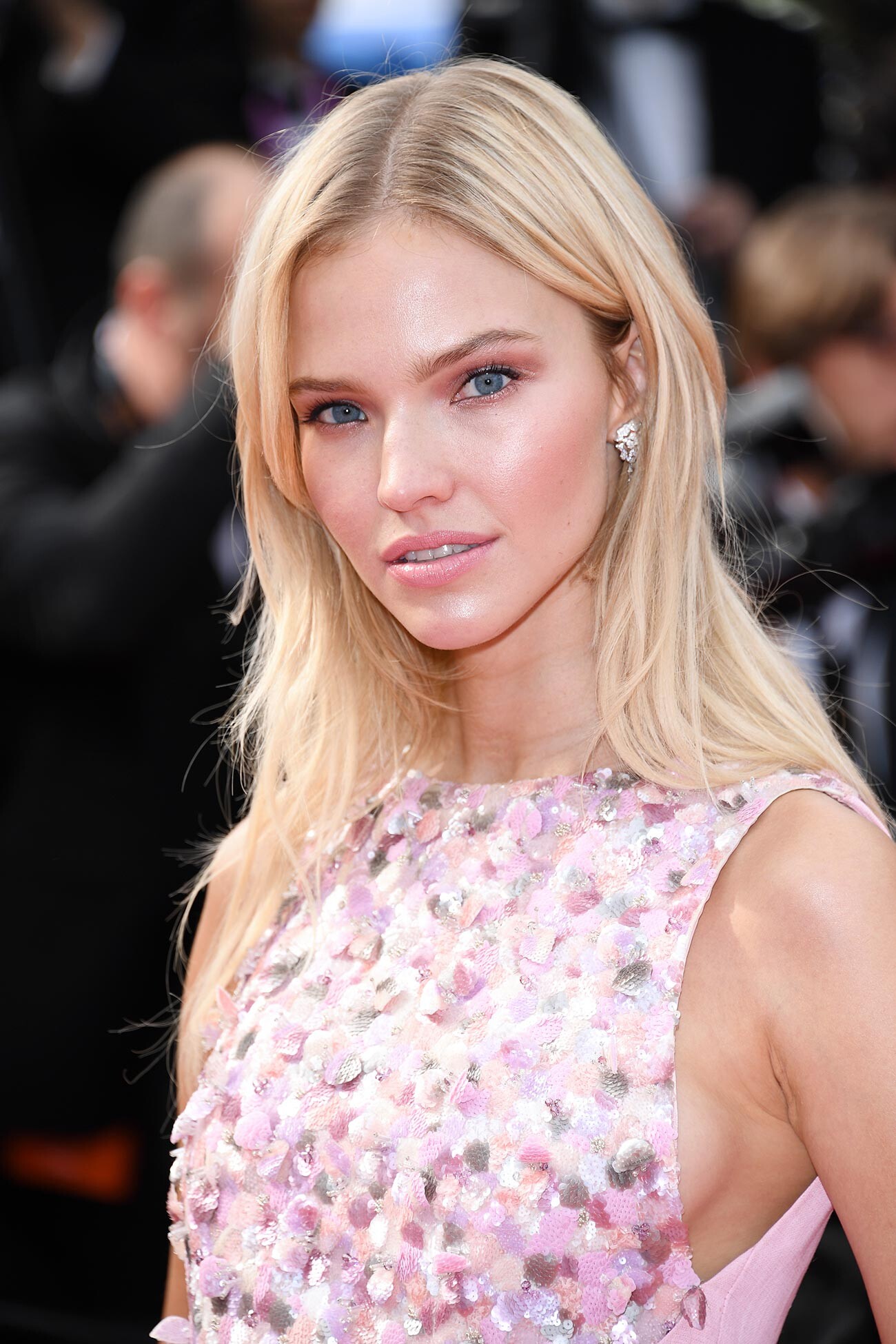 Sasha was born in Moscow and dreamed of becoming a ballet dancer. When she suffered an ankle injury, Luss had to bury her dream, once and for all. Sasha’s mother then took her 13-year-old daughter to a local modeling agency. She was right, as several years later, the young modeling sensation walked her first catwalk show at the Moscow Fashion Week. 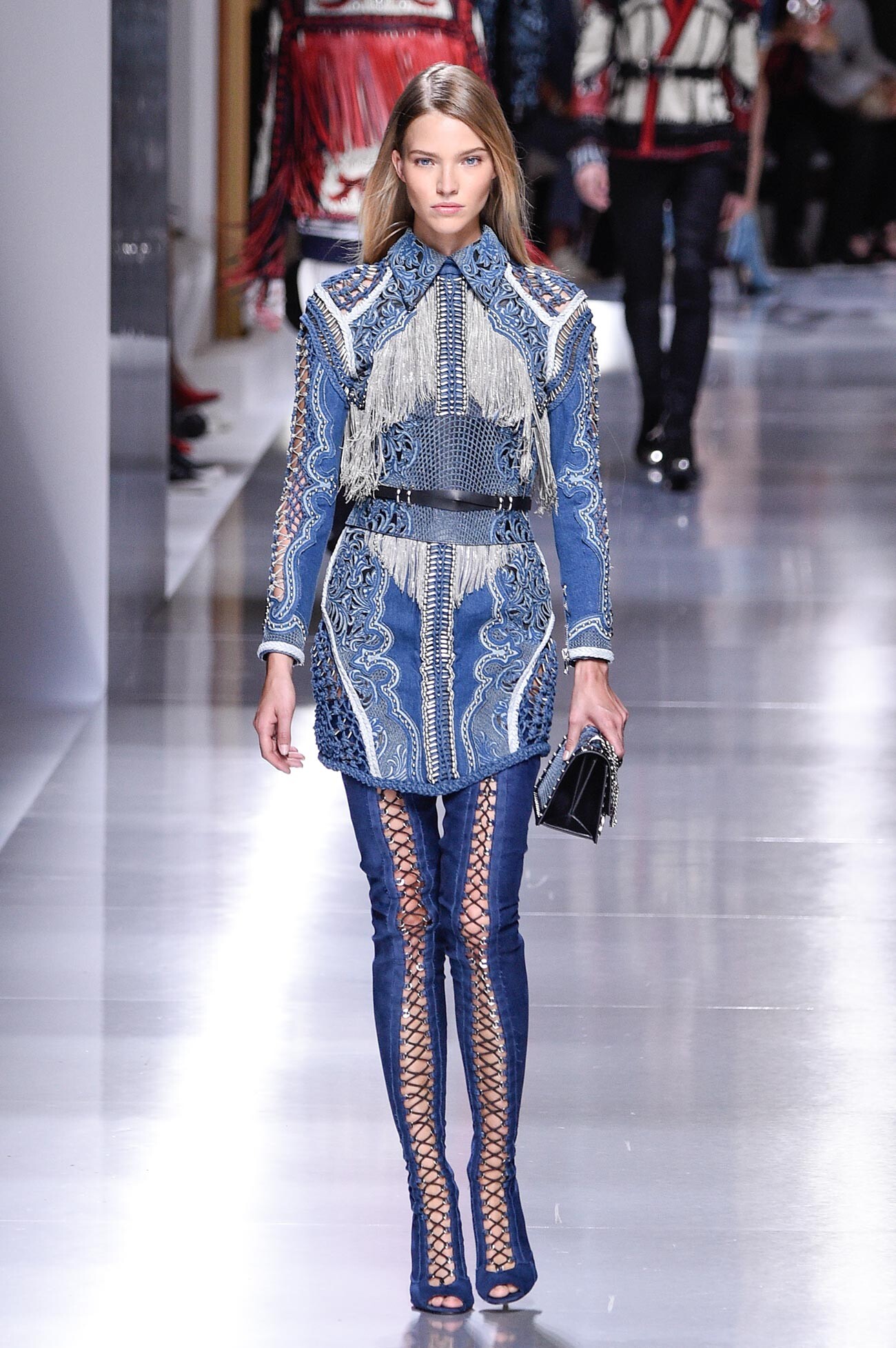 It was none other than the legendary Karl Lagerfeld who would later spot the young blond in an advertisement for a Russian label. He cast Luss for his 2012 fashion shows. This got the ball rolling, with Dior booking Luss to star in their spring-summer show, too! Sasha catwalked for sixty shows in the fall-winter 2013 season for some of the most revered fashion brands. Self-confidence is definitely the most attractive thing a girl can wear, even more so if that girl is a runway star. In 2017, she made her acting debut, playing in Luc Besson’s 3-D space opera flick ‘Valerian and the City of a Thousand Planets’.

Some girls are born with glitter and shimmer in their veins, others - just with a winning smile. Anna hails from a family of doctors. Just like her famous compatriot Natalia Vodianova, Vyalitsina was also born in Gorky (now Nizhny Novgorod) and started modeling quite by chance at the age of 15. 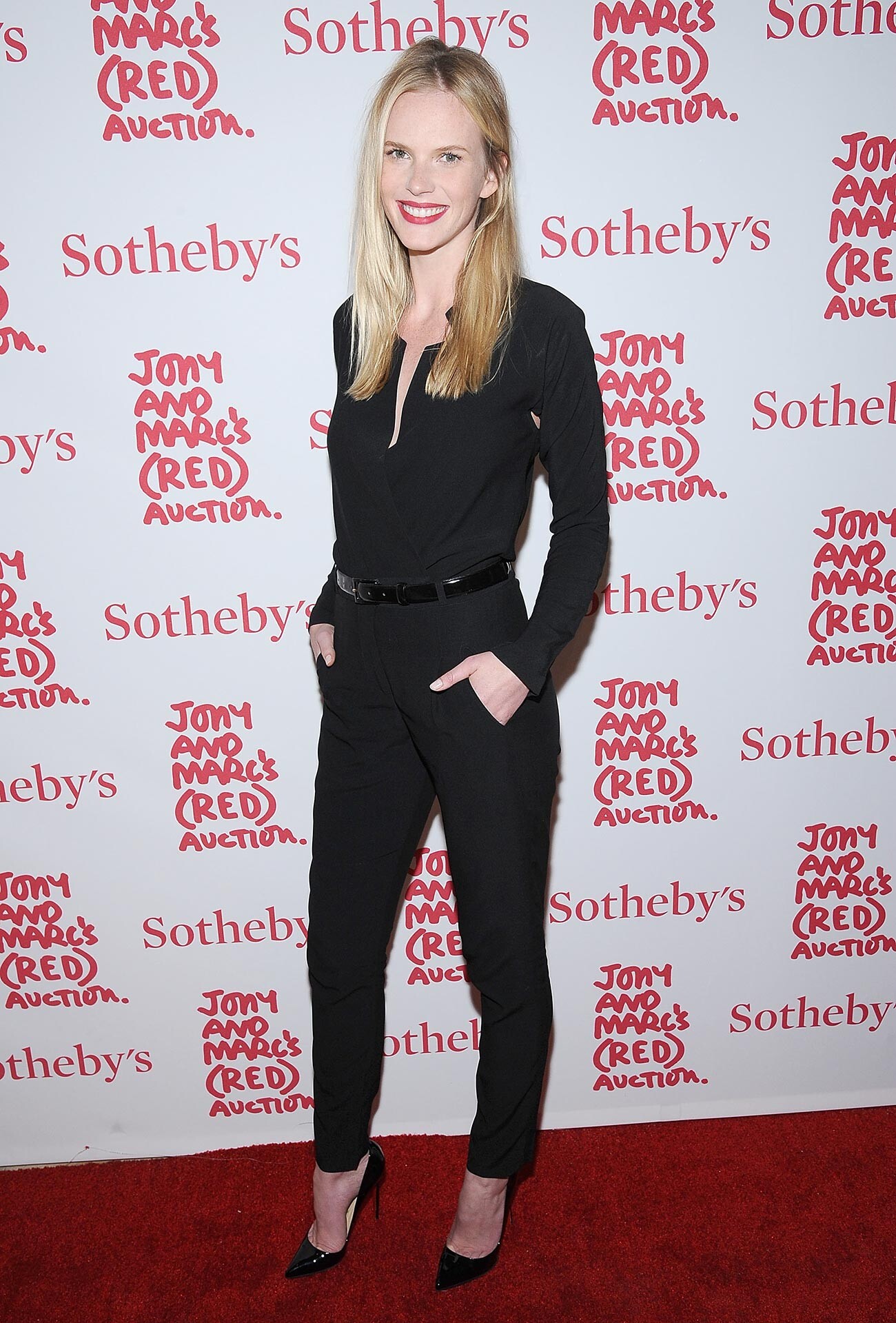 An IMG Models scout spotted her in Saint Petersburg while looking for new talents for MTV’s ‘Fashionably Loud’. Anna won the contest and moved to New York. At 16, she was chosen to become the face of Chanel’s ‘Chance’ perfume. The 5-foot-10 blonde was also featured in ten editions of the Sports Illustrated Swimsuit Issue (from 2005–2014), becoming the object of desire for millions of men worldwide. She has graced the catwalk for the likes of Louis Vuitton, Chanel, Prada, Dolce and Gabbana and Givenchy, just to name a few. The sexy model also appeared in Victoria’s Secret Fashion Shows. 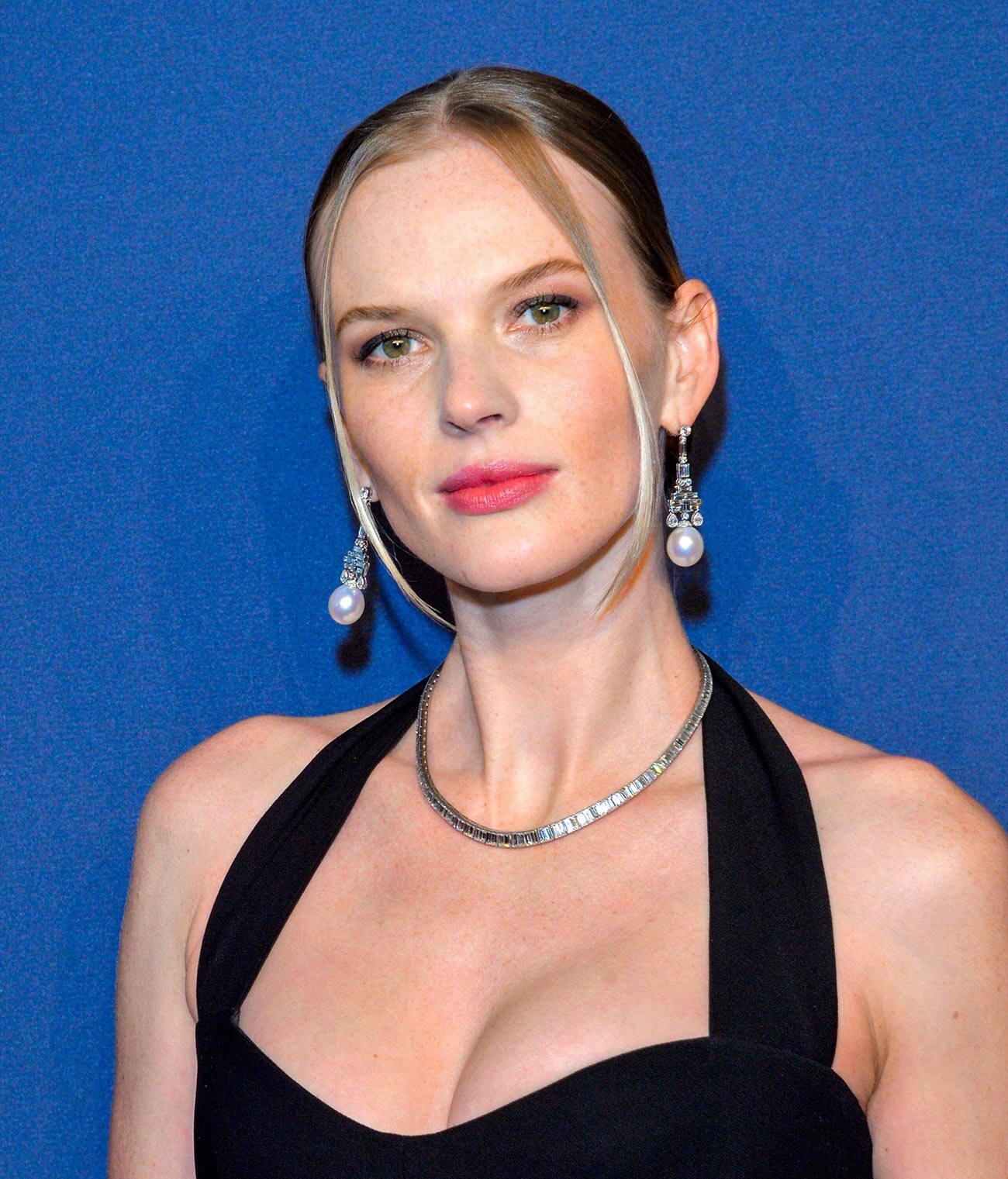 A beautiful woman is always a source of inspiration and, in 2010, Anna appeared in a Maroon 5 music video for their hit single ‘Misery’. Vyalitsyna dated the band’s singer Adam Levine and even appeared on the cover of Vogue with her boyfriend. Sadly, their relationship didn’t stand the test of time and the couple split in 2012. Anna met another Adam (businessman Adam Cahan) and, in 2015, she gave birth to a daughter. The girl’s parents said they decided to name their baby ‘Alaska’ for one simple reason: it’s the place “where the U.S. and Russia meet”. How cute! 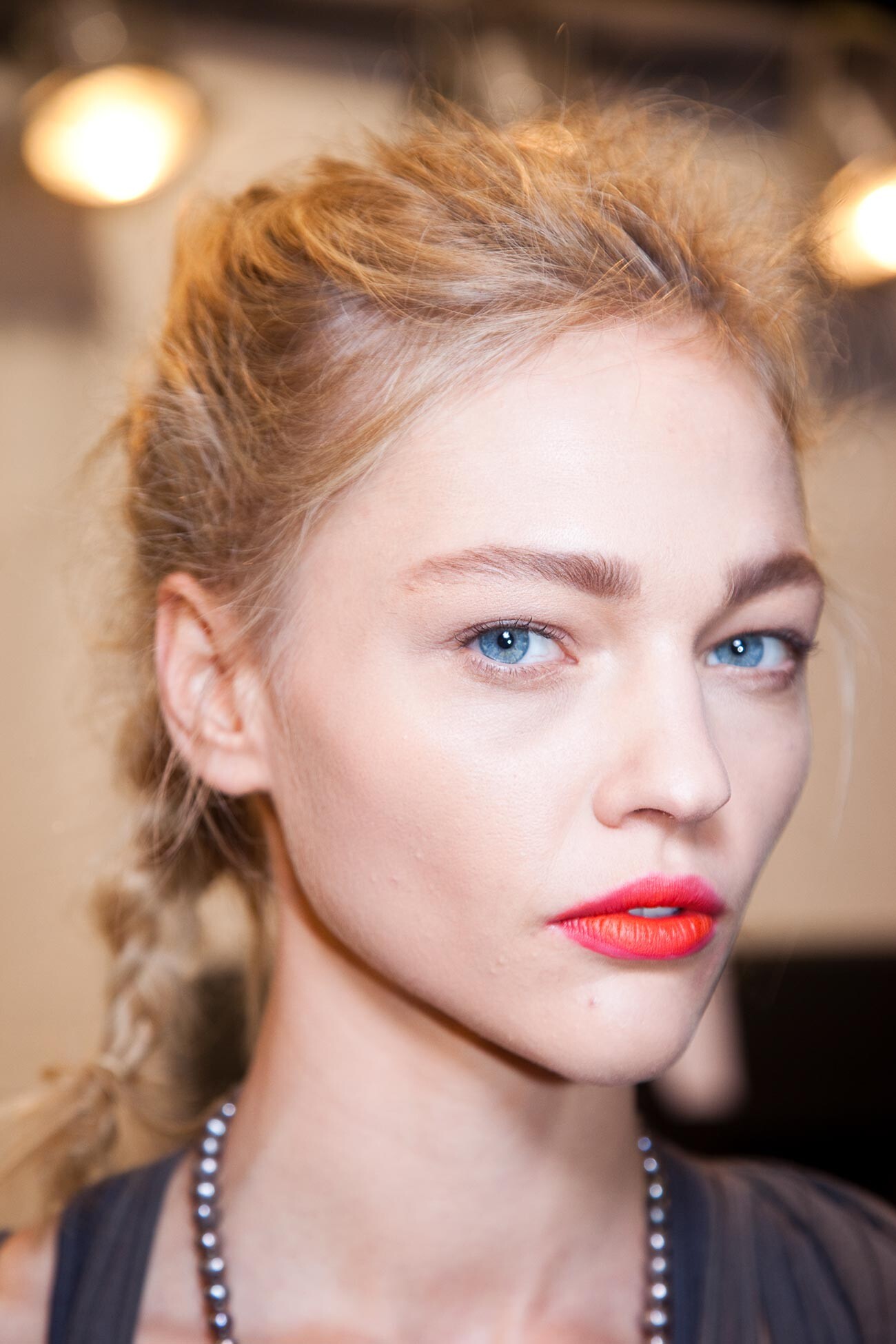 She was born in Moscow and studied art at the Russian State University for the Humanities when she met her future husband, artist and photographer Igor Vishnyakov. He was the first person to spot the future top model in her. Igor made several pictures of his beautiful girlfriend and sent them directly to the New York-based IMG international agency. Alexandra was chosen to go to Milan, where she hit the catwalk for her first Prada show in 2005. Impressed by Pivovarova’s charisma and professionalism, Italian fashion legend Miuccia Prada immediately signed an exclusive contract with her for three consecutive years. 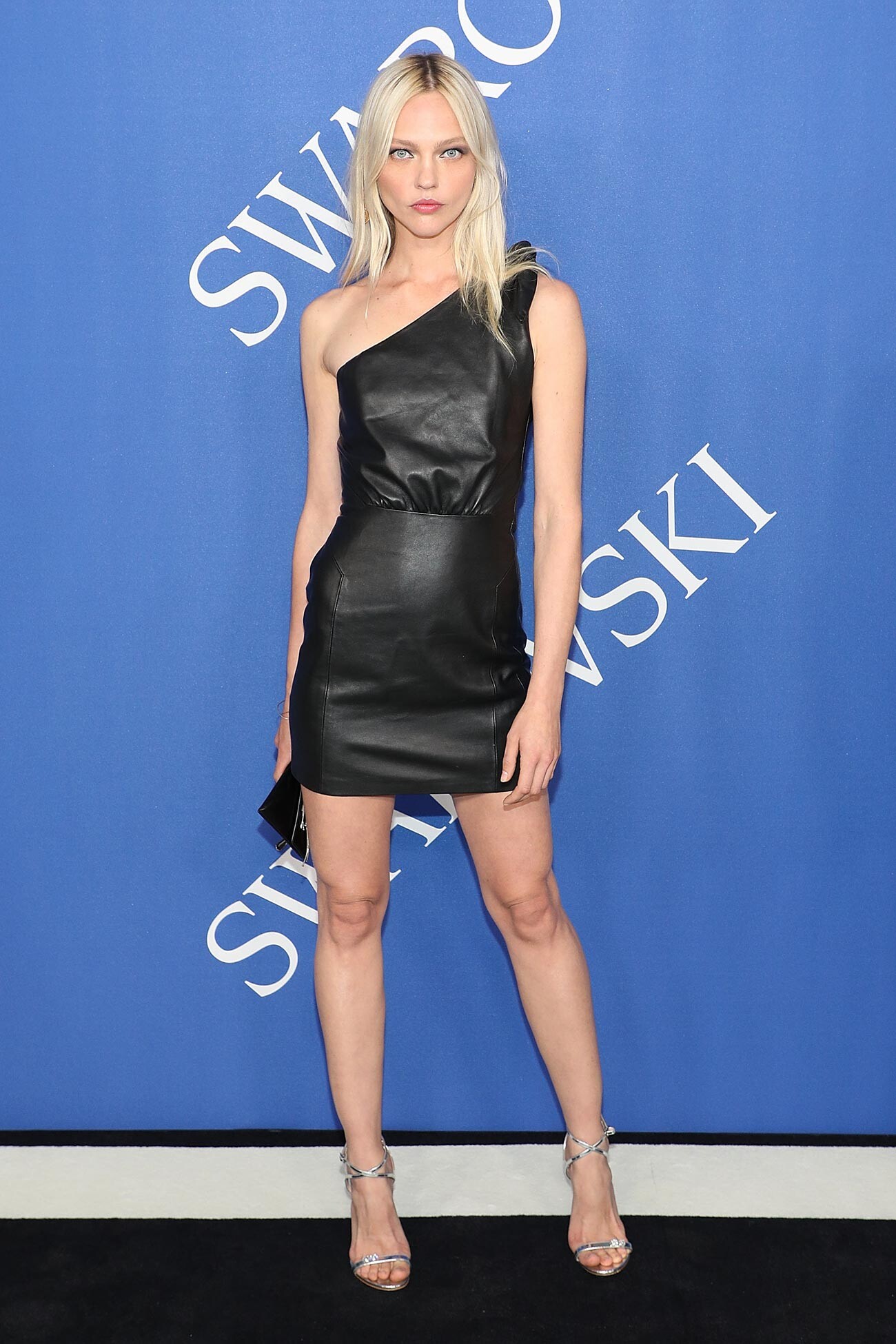 Alexandra has since been seen on catwalks at just about every major fashion show, with her confidence shining through. Pivovarova, who is a long-time vegetarian, lives in New York with her photographer husband and their ten-year-old daughter, Mia Isis.

Beauty gets the attention, but personality captures the heart, Marilyn Monroe once said. That’s exactly the case with Natalia Vodianova, the epitome of elegance, beauty and empathy. She grew up in poverty in Gorky (now Nizhny Novgorod) with her two sisters, one of them with special needs. In her teen years, Natalia was forced to give up school at some point to help her single mother sell fruit in the market. 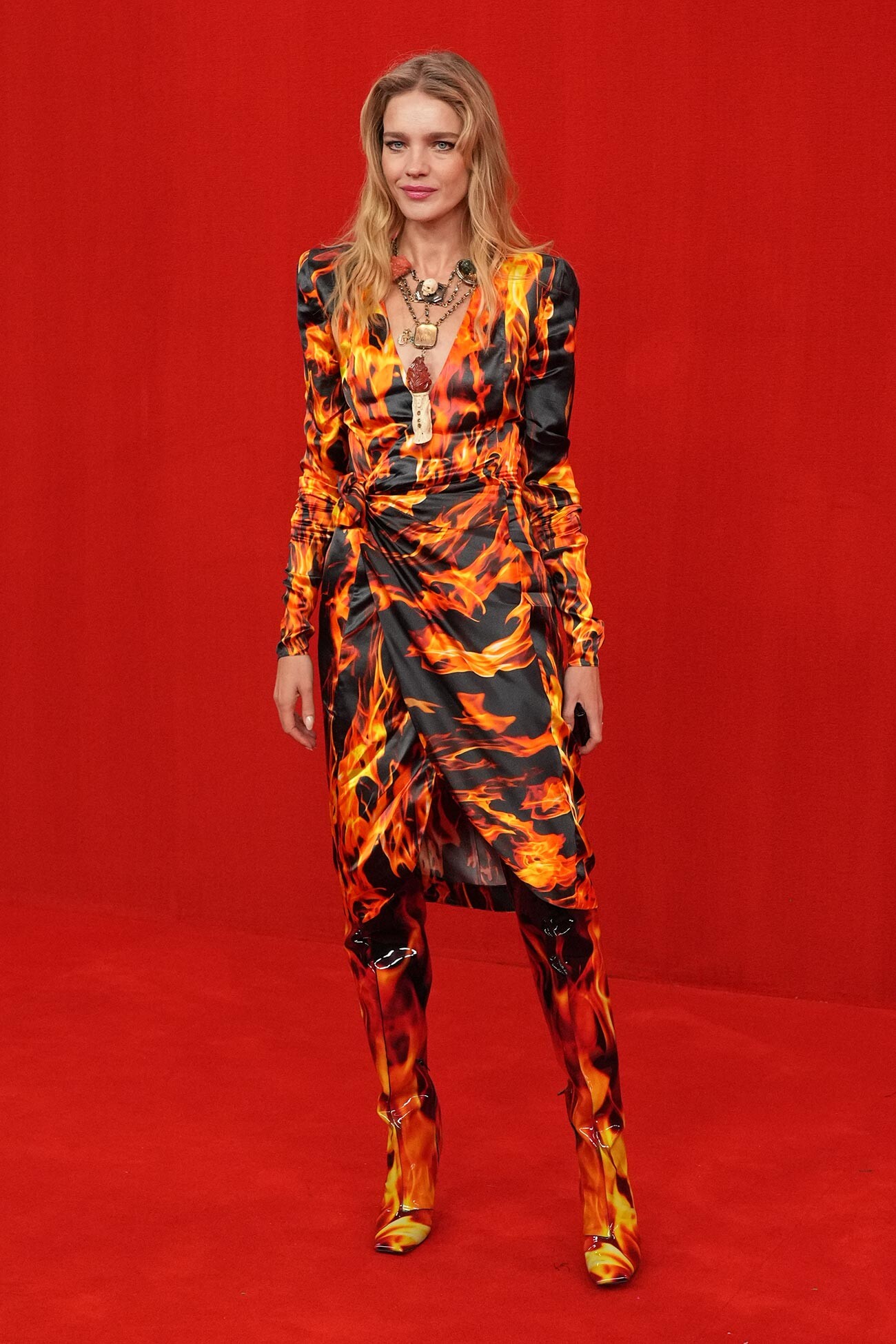 Luckily, the pretty girl soon managed to join a local modeling agency and during one show Natalia was spotted by a Viva Model Management scout. Vodianova signed with the Paris-based agency at the age of 17 and went on to become the breakout supermodel of the 2000s. The Russian beauty has graced the covers of all major fashion magazines, strolling along the world’s key catwalks. 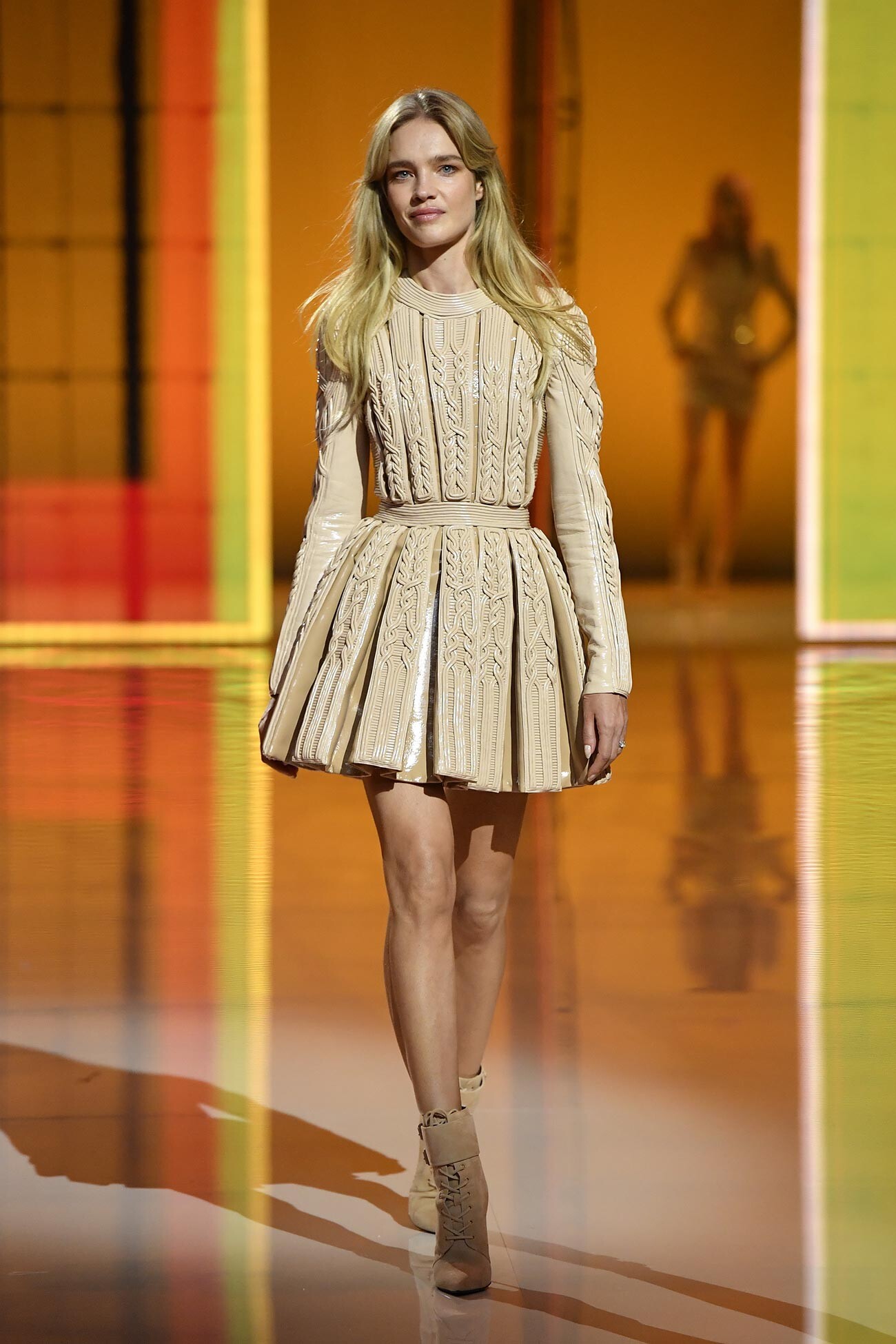 It’s the combination of being beautiful and empathetic that makes Vodianiva, a mother of five, stand out from the crowd. Her Naked Heart Foundation, created in 2004, helped build hundreds of playgrounds in Russia and is now working to “tackle the stigma of disability”.

The supermodel has also tried her hand in acting and appeared opposite Jonathan Rhys Meyers in the adaptation of Albert Cohen’s famous love story, ‘Belle du Seigneur’ (2012).

With her big green eyes, bronzing skin, come-hither look and never-ending legs, Irina is a sexy tornado. Born to a miner father and a music teacher mother, Shayk (whose real name is Irina Shaykhlislamova) got her first big chance in 2004, when she won a beauty contest in her native Chelyabinsk. She was 18 and from there her modeling career took off. 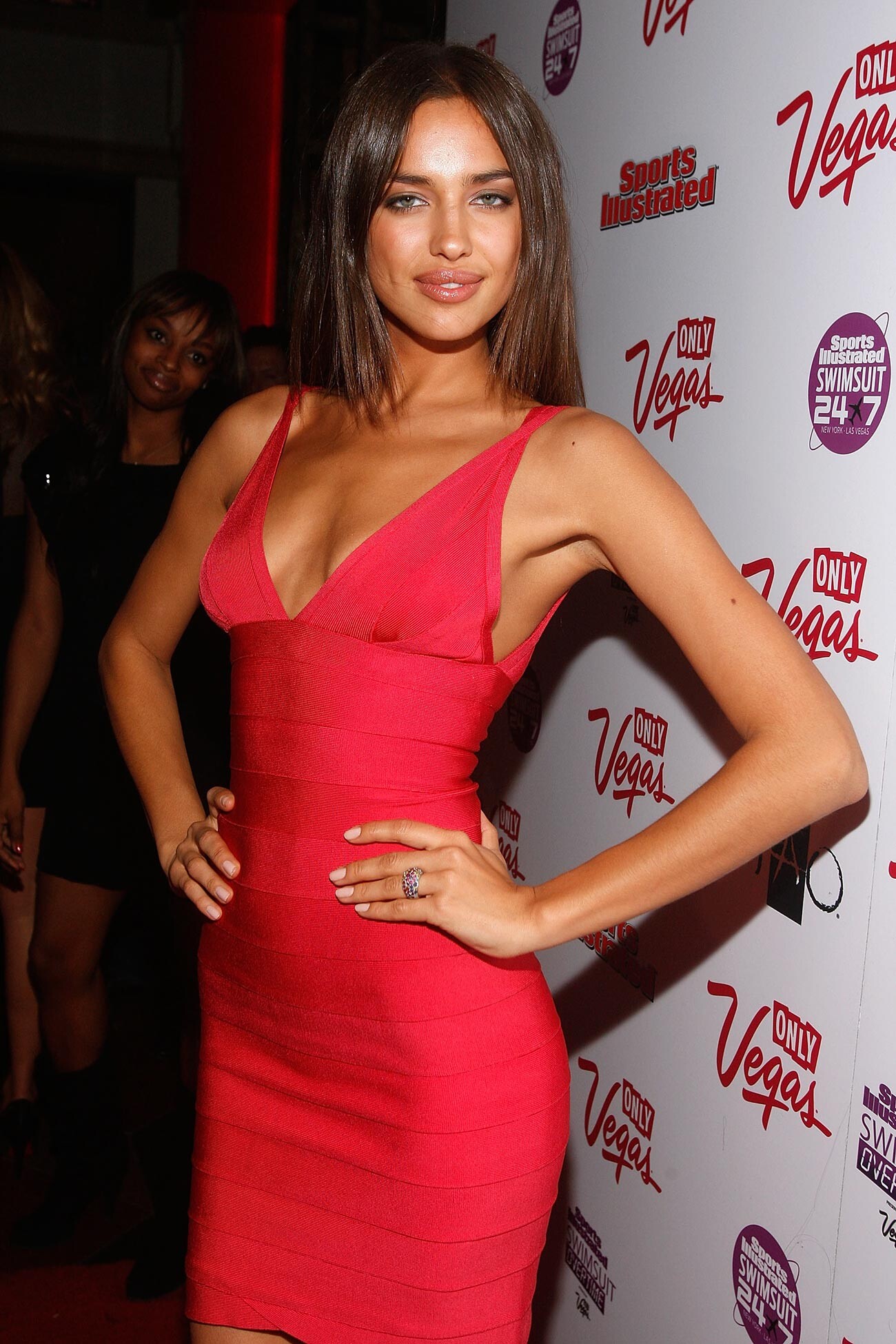 Over the past 15 years, Irina has been featured in advertising campaigns for all major luxury brands, from Versace to Burberry. She has also appeared in numerous international fashion magazines and, in 2010, was voted Glamour Magazine’s International Model of the Year.

And yet, her prettiest accessory is definitely her kilowatt smile! Shayk starred in the music video for Kanye West’s hit song ‘Power’. Two years later, she graced the catwalk in his Yeezy fashion show. The two stars had reportedly briefly dated, but ended up going their separate ways. 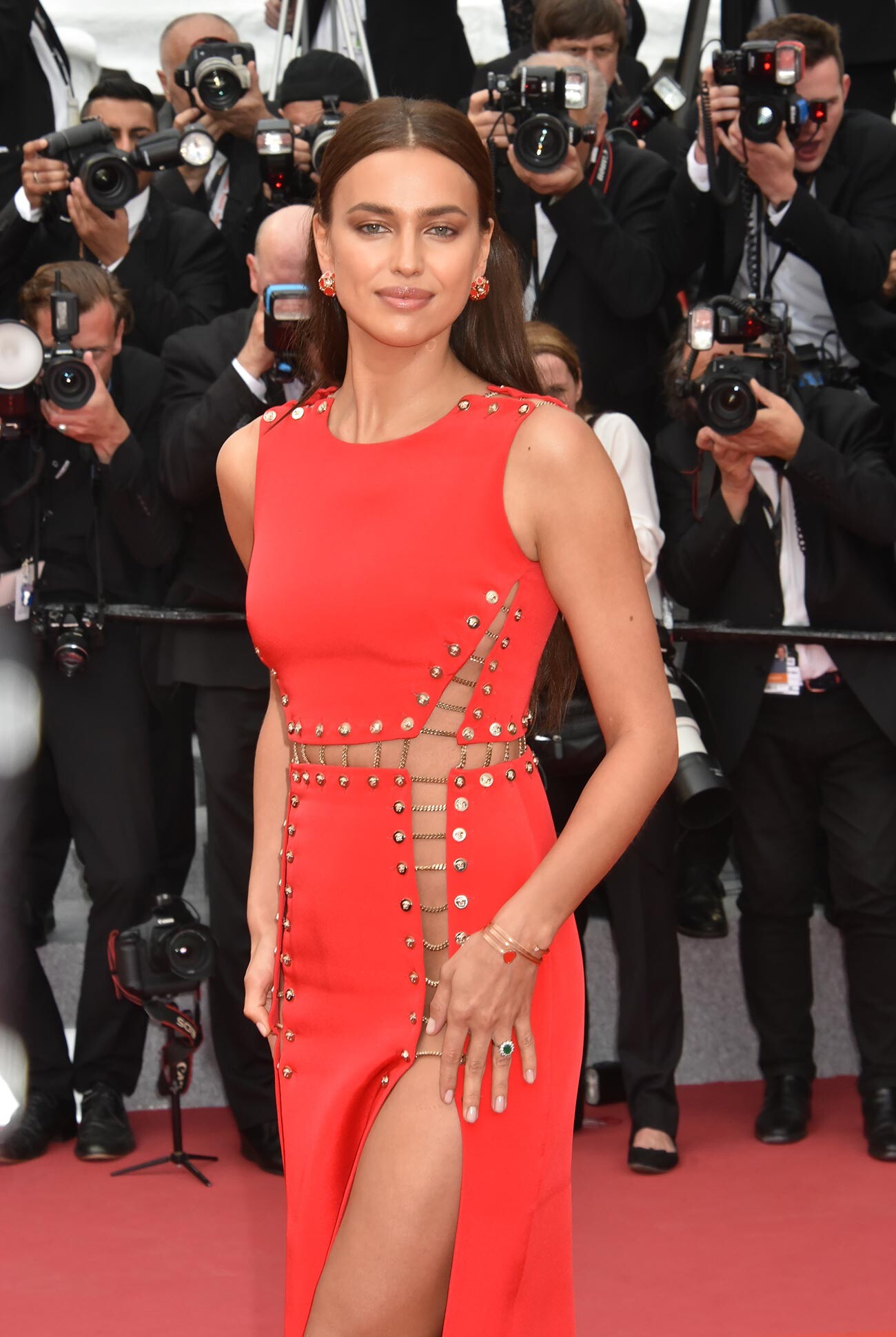 When Irina is not gracing the red carpet at glamorous film festivals and fashion events, the brunette bombshell is busy raising a daughter with ‘A Star is Born’ director Bradley Cooper, who she was in a relationship with for four years and managed to stay on good terms with as loving parents and cheering friends.