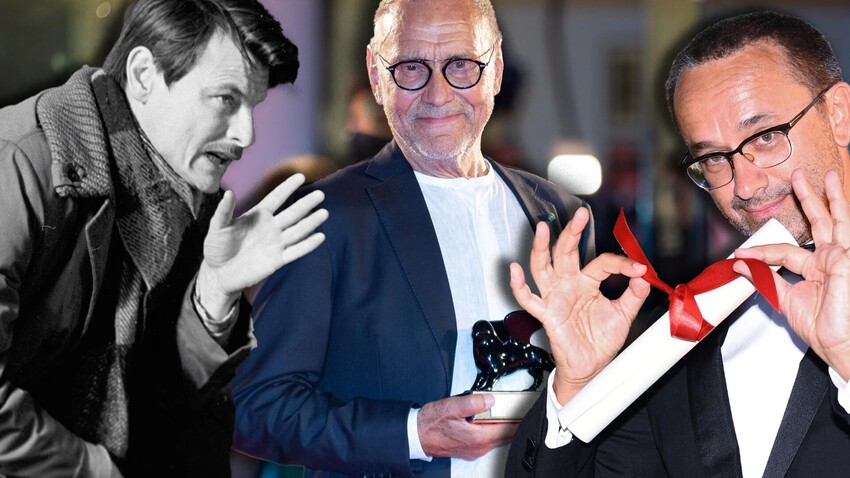 When it comes to prestigious movie awards, there’s no escaping the limelight for directors, who, just like attention-loving actors, also need to get their “fifteen minutes of fame” from time to time. Let’s just applaud them!

It’s not the quantity, but the quality that matters, even more so within the cinema milieu. And that’s exactly the case for Vladimir Menshov, who didn’t win a lot of international awards in his lifetime. 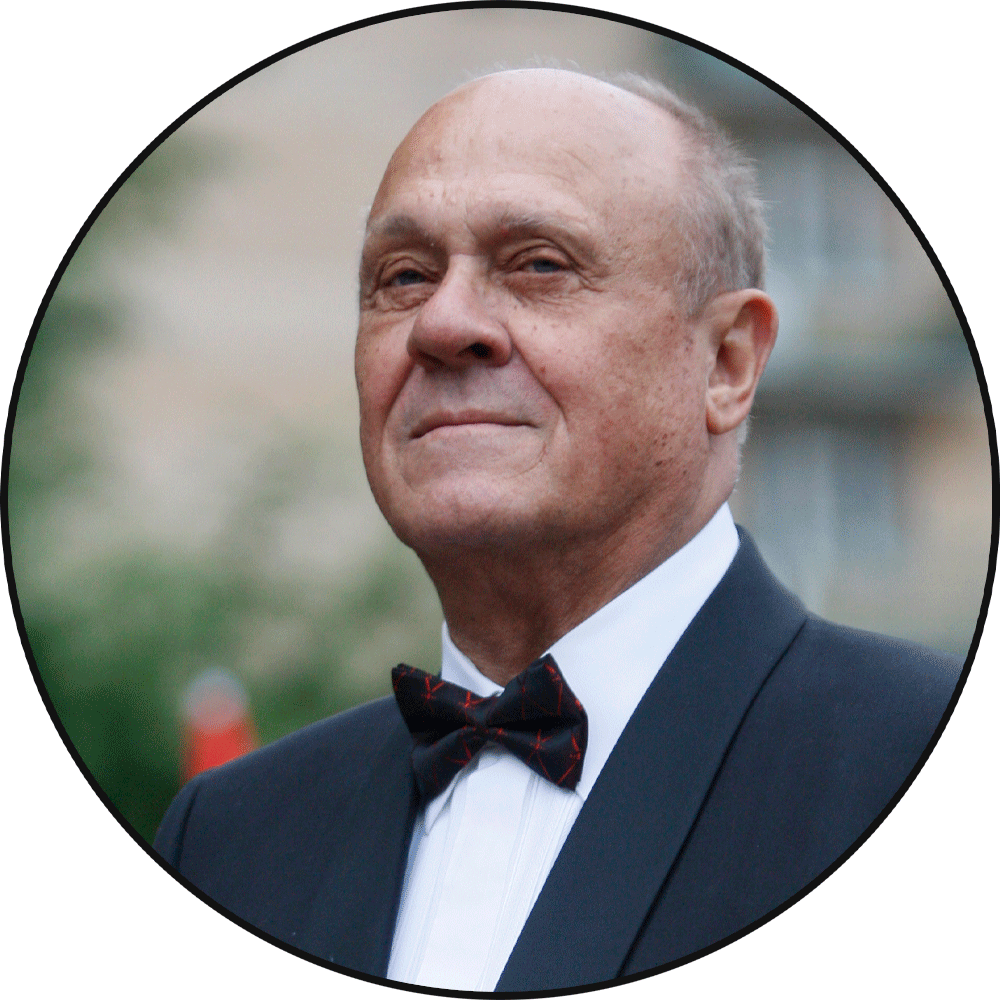 His most notable win was worth a thousand, though. Menshov, who grew up in southern Russia, made only a handful of movies, all of which found their way into people’s hearts. ‘Moscow Does Not Believe in Tears’ (1980), focusing on three besties who share one dorm room and are determined to make it big in the big city, proved to be a very relatable movie and scooped the Academy Award for Best Foreign Picture in 1981. The movie brought the Soviet director both national and international recognition. Menshov knew human nature like no one else and his following movie also became a Russian box office hit. ‘Love and Doves’ (1984), a social comedy with universal appeal, was a huge success and scooped the top prize at the international film festival in Spain.

READ MORE: 7 Soviet FAMILY movies that are true to reality

Born in Magnitogorsk, an industrial city in Chelyabinsk Region, Gleb Panfilov initially majored in chemistry before switching to cinema. 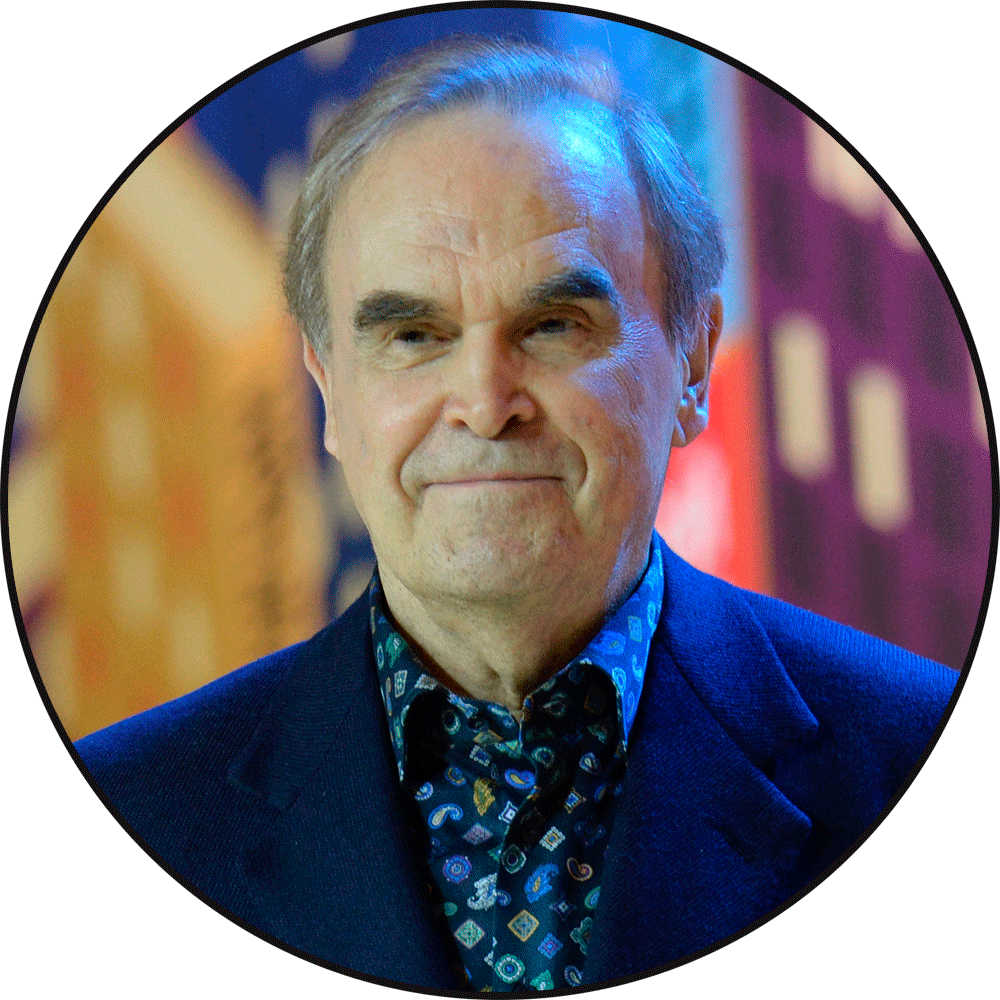 He made his first movie, ‘No Path Through Fire’, in 1968. In 1969, the drama won the Golden Leopard at the Locarno International Film Festival. International awards began to flood in. ‘The Debut’ (1970), a Soviet romantic drama about the difficulties of love, brought Panfilov the Silver Lion award at the Venice Film festival in 1971. During the filming of the movie, Panfilov married an up-and-coming young actress named Inna Churikova, who became his muse and brought unprecedented charisma and wisdom to all his subsequent movies. Panfilov’s next masterpiece, ‘The Theme’ (1979), also starring Churikova, was awarded a Golden Bear at the Berlin International Film Festival. Panfilov’s powerful social drama ‘I Wish to Speak’ (1975) also won accolades at the Karlovy Vary festival in 1976.

Shepitko made her directing debut in 1963 with the movie ‘Heat’. The drama, based on Chingiz Aitmatov’s short story, won the Grand Prix at the Karlovy Vary International Festival that year. 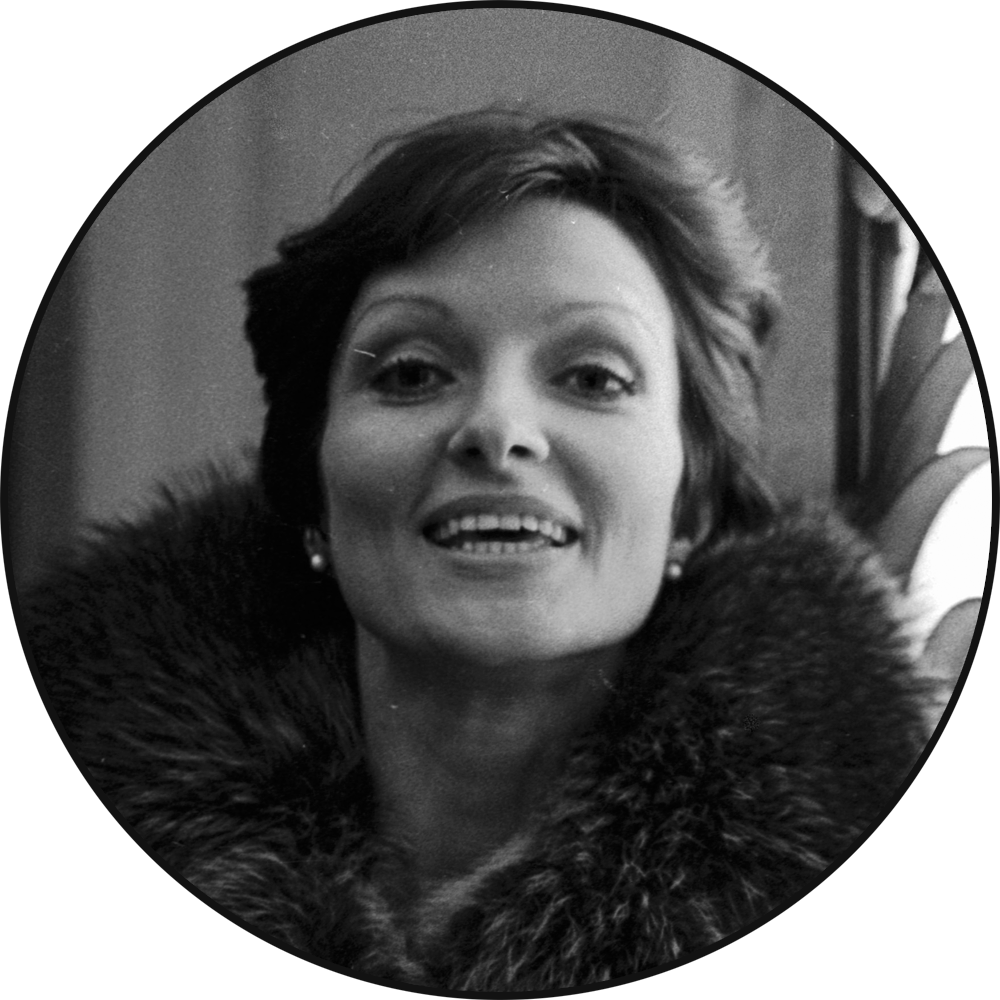 Working on the movie, Larisa met the love of her life, Elem Klimov (the future director of ‘Come and See’). In the 1970s, Shepitko made self-reflexive, socially-relevant movies, like ‘You and Me’ (1971), which won the Silver Lion at the Venice Film Festival, and ‘The Ascent (1976) the first Soviet movie to win the coveted Golden Bear at the Berlin Film Festival in 1977. Her signature style has been revered worldwide. Set during World War II, ‘The Ascent’ is also on the BBC’s list of the greatest movies by female directors, placed 11th, between Kathryn Bigelow’s ‘Zero Dark Thirty’ (2012) and ‘Daughters of the Dust’ (1991) by Julie Dash.

If you want to watch just one movie about World War II, go for ‘The Cranes Are Flying’ (1957) and you won’t regret it. Full of close-ups and breathtaking shots, it’s the only Soviet movie to have won the coveted Palme d’Or at the Cannes International Film Festival. 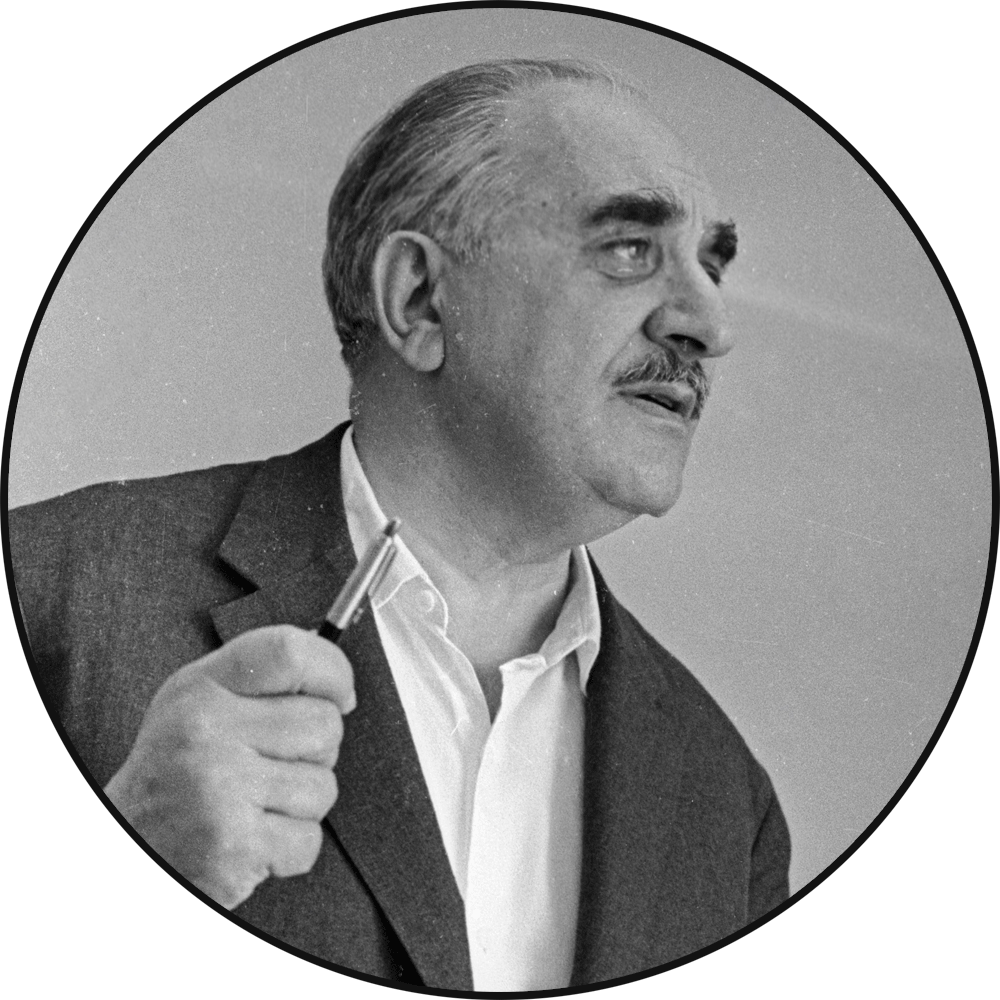 Mikhail Kalatozov’s movie ranks among the world’s best war movies ever made! In 1958, Tatiana Samoilova, who was often referred to as the “Russian Audrey Hepburn”, won accolades for being the “most modest and charming actress” at Cannes. Her portrayal of Veronika, a young woman whose life derails after her fiancé goes off to war, became her most recognizable role.

Mikhail Kalatozov’s drama ‘Conspiracy of the Doomed’ (1950) scooped an award at the Karlovy Vary film festival, while his unorthodox drama ‘I Am Cuba’ (1964) made such a strong impression on Martin Scorsese and Francis Ford Coppola, that having accidentally discovered in in the 1990s, the Hollywood veterans helped restore and screen the movie at international film festivals. 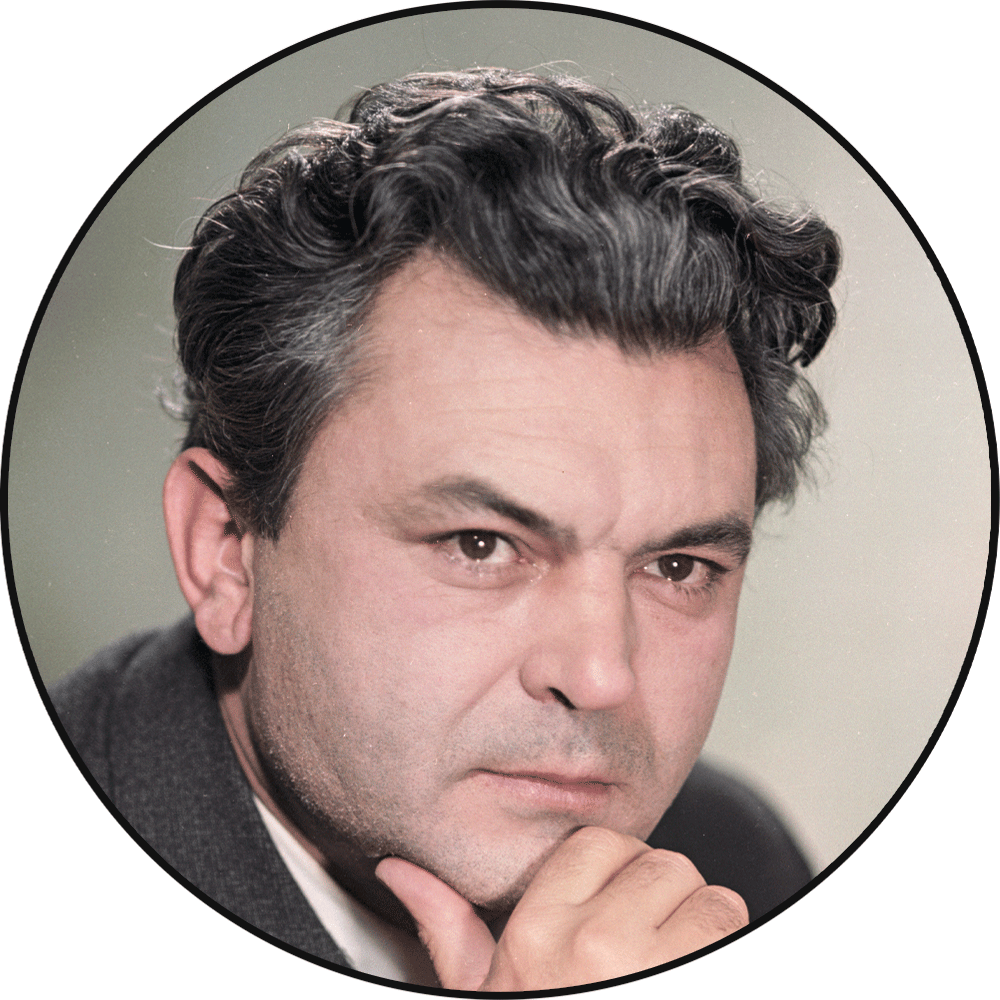 The saga also scooped the Golden Globe award for Best Foreign Language Film. Packed with plenty of tension and wisdom, the movie chronicles the events of the Patriotic War of 1812, as seen through the eyes of five aristocratic Russian families. The movie took seven years to make, becoming the most expensive production ever made in the USSR. Tolstoy’s signature storytelling style, epic battle scenes and larger-than-life characters come alive in this cinematic masterpiece. There’s probably no other period drama as far-reaching and moving as Bondarchuk’s four-part saga.

The son of the children’s poet Sergei Mikhalkov (the author of the lyrics for the Soviet and Russian national anthems), Nikita Mikhalkov's first big acting experience came in 1963. 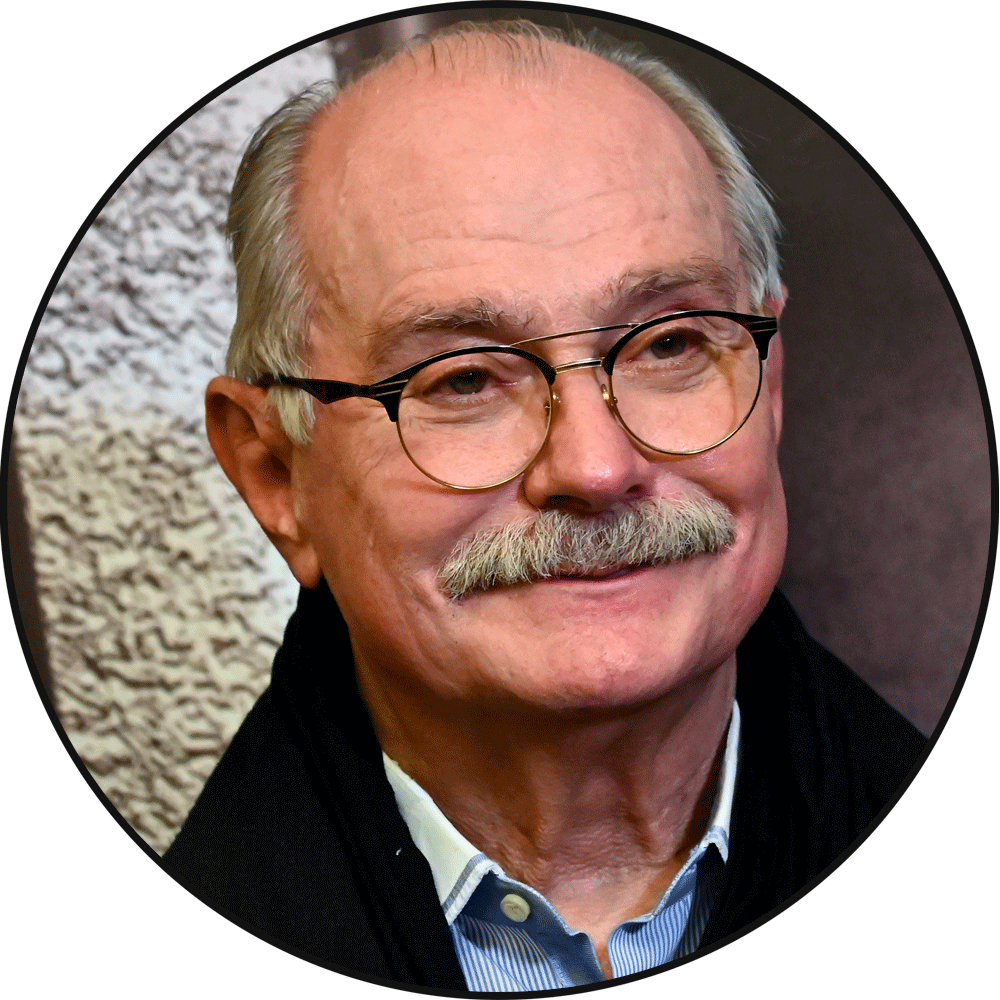 While still a student, he starred in one of Russia's favorite movies, ‘I Walk through Moscow’ (1963). Many years have passed since then, with Mikhalkov becoming one of Russia’s most influential directors. He has been nominated three times for an Oscar at the Academy Awards, winning the prize for ‘Best Foreign Language Film’ in 1995 for his movie ‘Burnt by the Sun’ (1994). Among his international awards are the Venice Film Festival’s Golden Lion for ‘Urga’ (1991), as well as Cannes Film Festival Grand Prix and the Best Foreign Film Oscar for ‘Burnt by the Sun’.

In 2007, Mikhalkov’s drama ‘Twelve’ (2007) won a special jury award at the Venice Film Festival. A remake of Sidney Lumet’s 1957 feature ‘Twelve Angry Men’, Mikhalkov’s ‘Twelve’ has little to do with the old classic, except for that both movie focus on a murder trial. An 18-year-old Chechen boy is charged with killing his stepfather, a Russian officer. Twelve jurors are locked in the gym of a Moscow school to decide his fate. The decision has to be unanimous, but when somebody’s life is at stake, there’s always room for hesitation and tensions escalate.

Sokurov made his name as an uncompromising movie director and a strong contender in competition at major international festivals, including Cannes and Berlin. 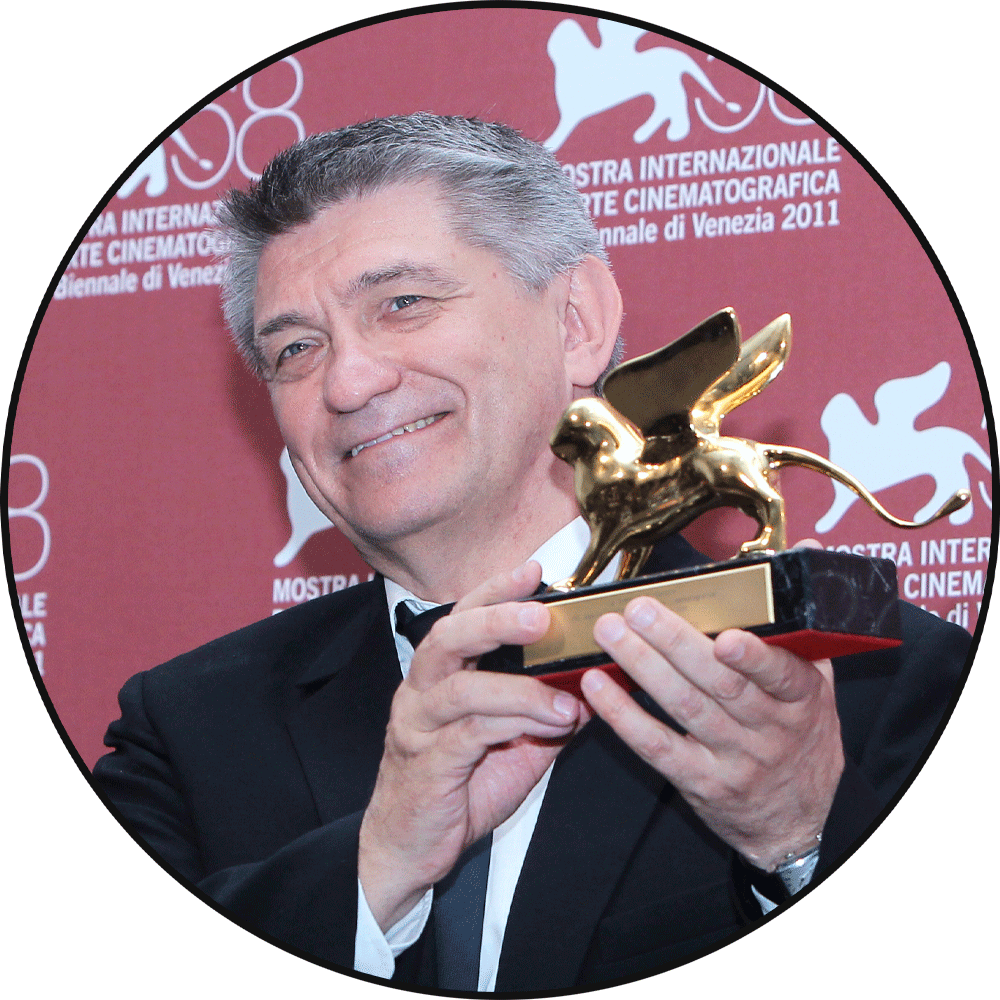 His debut, ‘The Lonely Voice of a Man’ (1978), which was prohibited in the Soviet Union, won the Locarno Bronze Leopard in 1978. His other masterpiece, ‘Moloch’ (1999), depicted one day in the life of Adolf Hitler. The movie was in the running for the Palme d’Or of the 1999 Cannes Film Festival, with Sokurov’s scriptwriter Yuri Arabov winning the coveted ‘Best Screenplay Award’. In 2007, Sokurov received the ‘Robert Bresson Award’ at the Venice Film Festival. The prestigious prize is given to artists whose work promotes human culture and is characterized by spiritual search. Sokurov’s ‘Faust’ (2011) scooped the coveted Golden Lion award at the Venice Film Festival. Deconstructing the image of Mephistopheles, Sokurov gave viewers some clues as to why an all-consuming evil tends to be more powerful than the all-conquering truth. In 2017, the St. Petersburg-based director received a lifetime achievement award from the European Film Academy for his “outstanding work in the field of directing, dramaturgy and cinematography”.

Had he not met Andrei Tarkovsky (with whom he co-wrote his famous movie ‘Andrei Rublev’,(1966), Konchalovsky would have definitely become a pianist (he studied at the Moscow Conservatory and was a gifted musician). 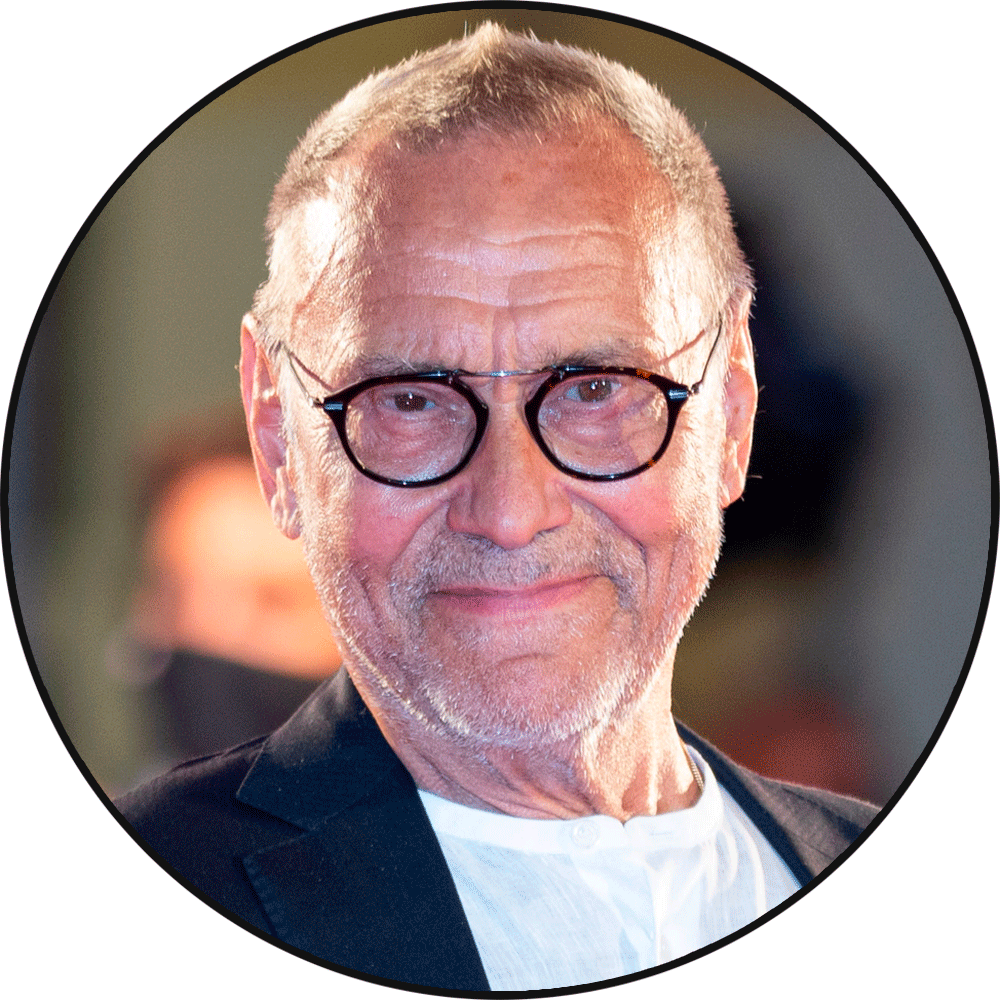 In a career that has spanned over five decades, his genuine passion for cinema has, however, never faded. The indefatigable man behind ‘Tango and Cash’ (1989) and ‘Runaway Train’ (1985) is one of the few Russian directors whose name has become a synonym for a westernized cinematic universe. Konchalovsky won an Emmy for directing 1997’s NBC television miniseries ‘The Odyssey’. His ‘House of Fools’ (2003), set in a Chechen psychiatric asylum, won him a Silver Lion at the Venice Film Festival. Konchalovsky won two Silver Lion awards for best direction at the same festival -  in 2014 for ‘The Postman's White Nights’ (2014) and in 2016 for ‘Paradise’ (2016). Set during the Holocaust, the drama starring Konchalovsky’s wife Julia Vysotskaya depicts the relationship between a concentration camp inmate and an SS officer. Konchalovsky’s latest tour de force, ‘Dear Comrades!’ (2020), based on a true story of a 1962 dramatic labor strike in the Soviet Union, won the Special Jury Prize at the 77th Venice International Film Festival.

Dozens of doctoral dissertations, articles and books have been dedicated to one of Russia’s most revered directors, Andrei Tarkovsky. He was a genius of cinema, whose sophisticated movies are still being explored by movie buffs and fans from across the world. 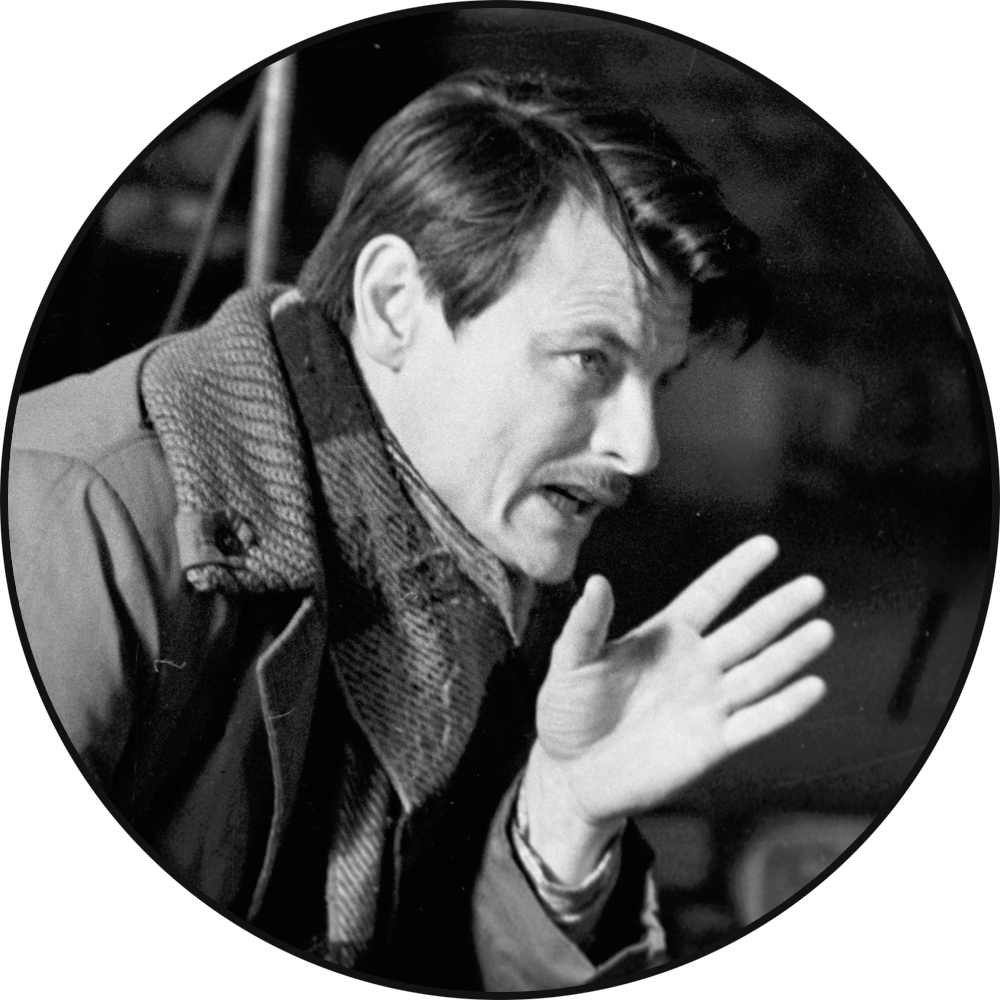 ‘Ivan’s Childhood’ (1962), his debut, juxtaposed the heart-wrenching moments of war and the peaceful life before the war and depicted a boy who lost his mother, sister and father. Shot in black and white and awash with mind-blowing dream sequences and haunting flashbacks, ‘Ivan’s Childhood’ showed a more catastrophic side of World War II, through a child’s eyes. Tarkovsky’s masterpiece won the Golden Lion at the Venice Film Festival and the Golden Gate Award at the San Francisco International Film Festival.

The Siberian-born director gained instant stardom after he picked up the Venice Golden Lion in 2003 for his debut feature ‘The Return’ (2003), a powerful parable of fathers and sons and the casualties of fate. His second feature, ‘The Banishment’ (2007), earned generally positive reviews, with the lead actor, Konstantin Lavronenko, named ‘Best Actor’ by the Cannes Jury in 2007. 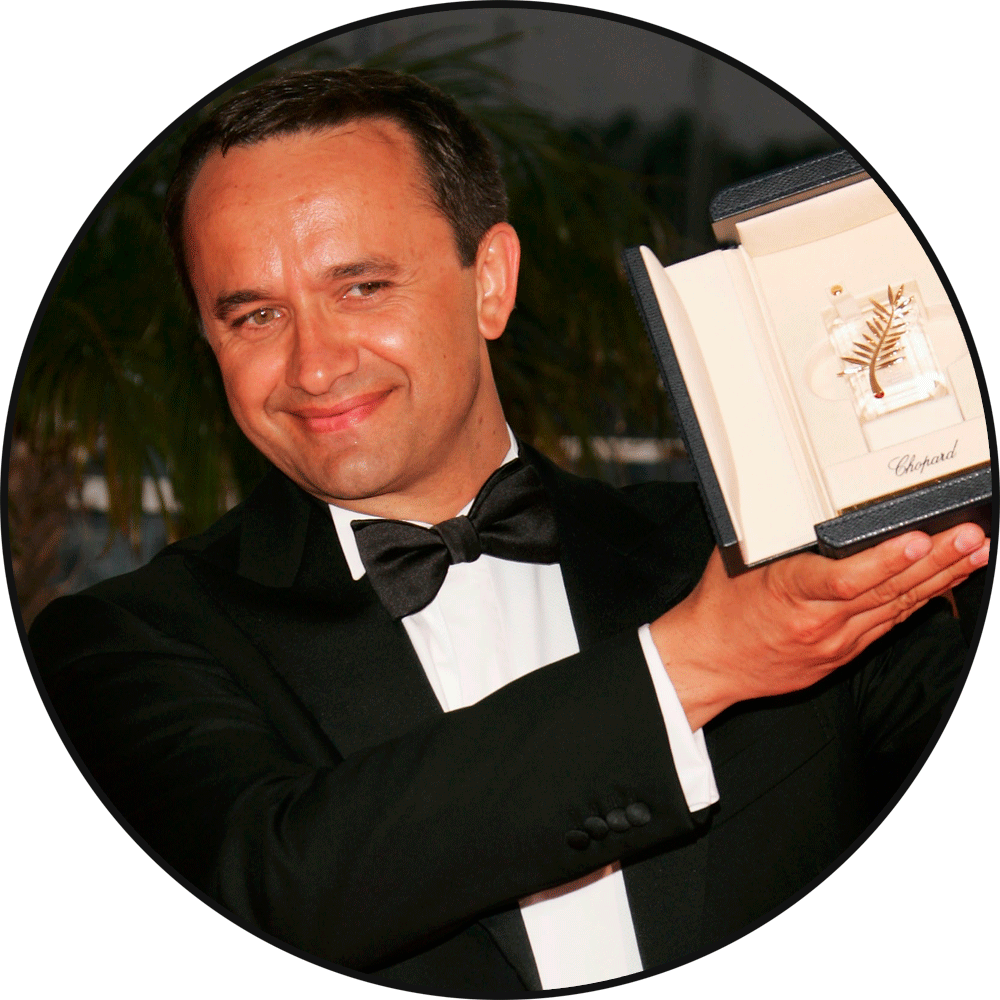 While Zvyagintsev’s first two movies were loosely tied to reality, his third feature, ‘Elena’ (2011), exemplified the director’s realist style. Zvyagintsev’s masterpiece premiered at the Cannes Film Festival, where it was honored with a ‘Special Jury Prize’ in 2011. In 2019, the family drama became the only Russian flick to make it to the list of 50 Best Movies of the 2010s, compiled by the Rolling Stone magazine.

READ MORE: TOP 5 movies by Andrei Zvyagintsev you should watch

His next tour de force, ‘Leviathan’ (2014) was also unveiled at the Cannes Film Festival, where it also scooped the coveted ‘Best Screenplay’ award in 2014. His latest drama, ‘Loveless’ (2017), tapped into despair and focused on a neglected son of soon-to-be-divorced parents. Andrei Zvyagintsev was awarded the Jury prize at the 70th Cannes Film Festival for his highly disturbing piece of cinema. ‘Loveless’ also won France’s highest film honor, the Cesar Award, as best foreign movie. The 127-minute drama was also nominated for an Academy Award in the Foreign Language Film category.