What does the Russian Orthodox cross stand for? 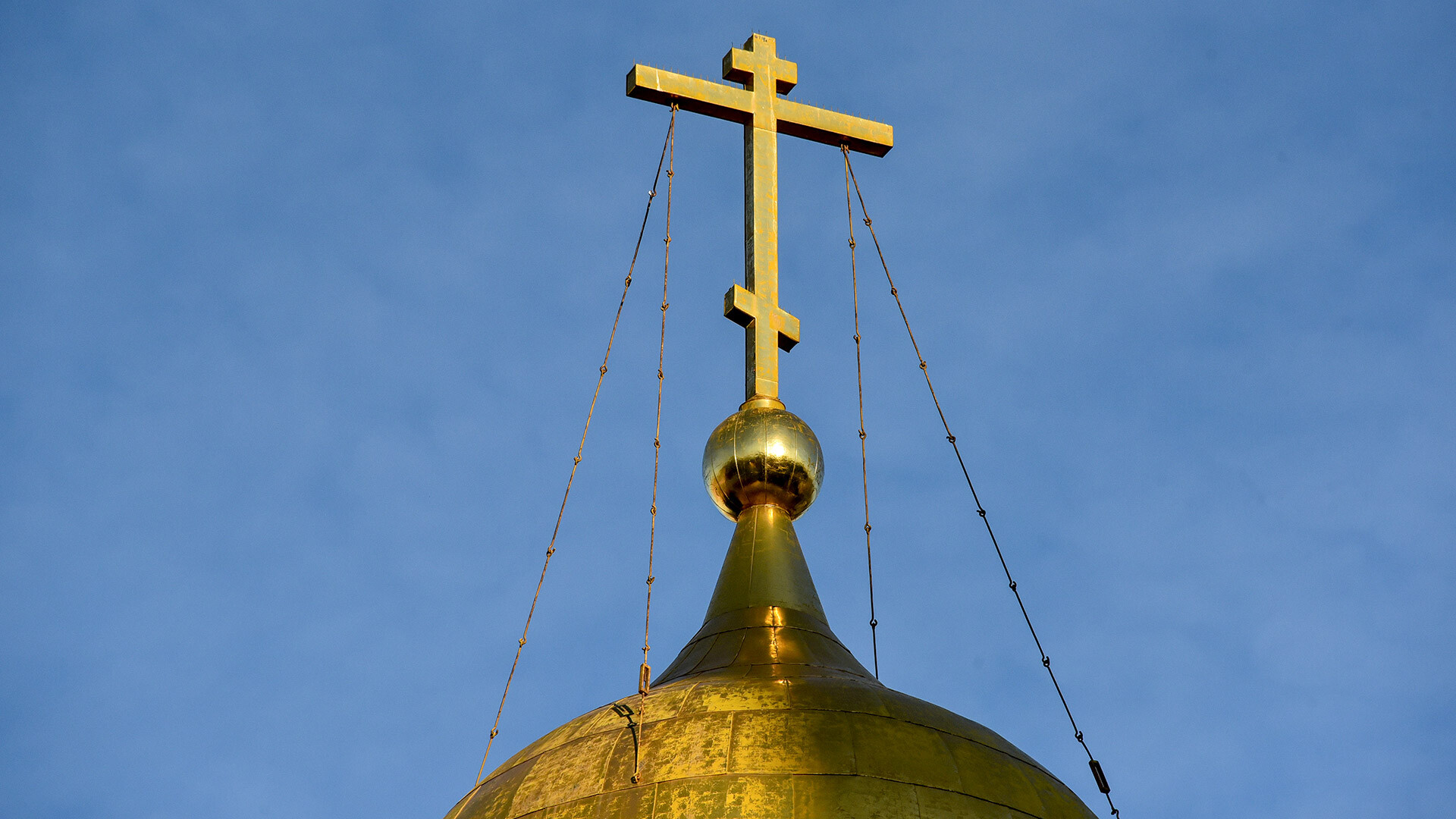 Legion Media
How did it appear, why does it have so many bars and why does it differ from the Catholic cross? We investigated everything that’s known about the main symbol of the Russian Orthodox Church.

There are many types of crosses and many cultures and religions have their own version of it. In Ancient Egypt, there was the ‘Ankh’, a cross with a loop on the top, symbolizing life. The Greek cross has two equally long bars that attributed human and divine lines in Jesus Christ and it symbolizes humility (and conciliation of two origins of Christ). 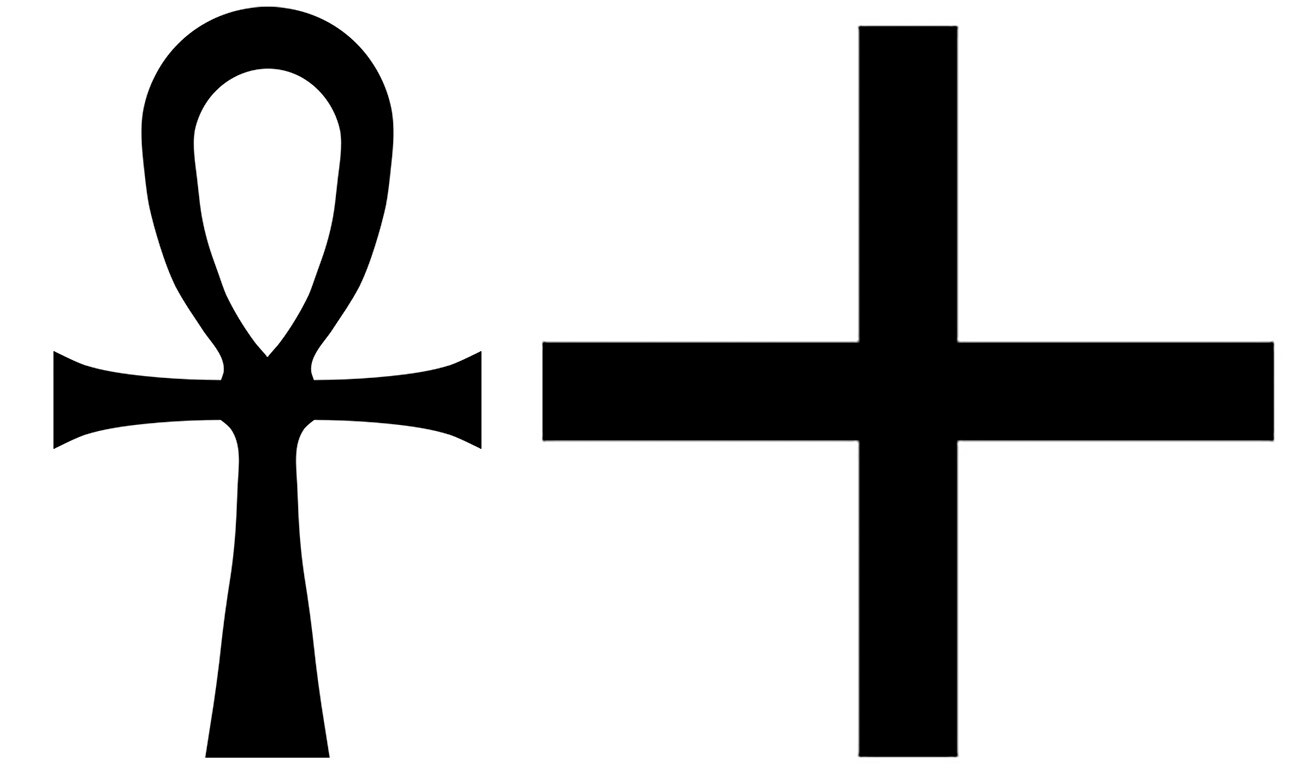 The Celtic cross of the British Isles has been widely known from very ancient times. It appeared after the Celts had adopted Christianity and combined the circle, a pagan symbol of the sun, with the Christian cross. (Find out how 'Celtic' crosses appeared in Russia) 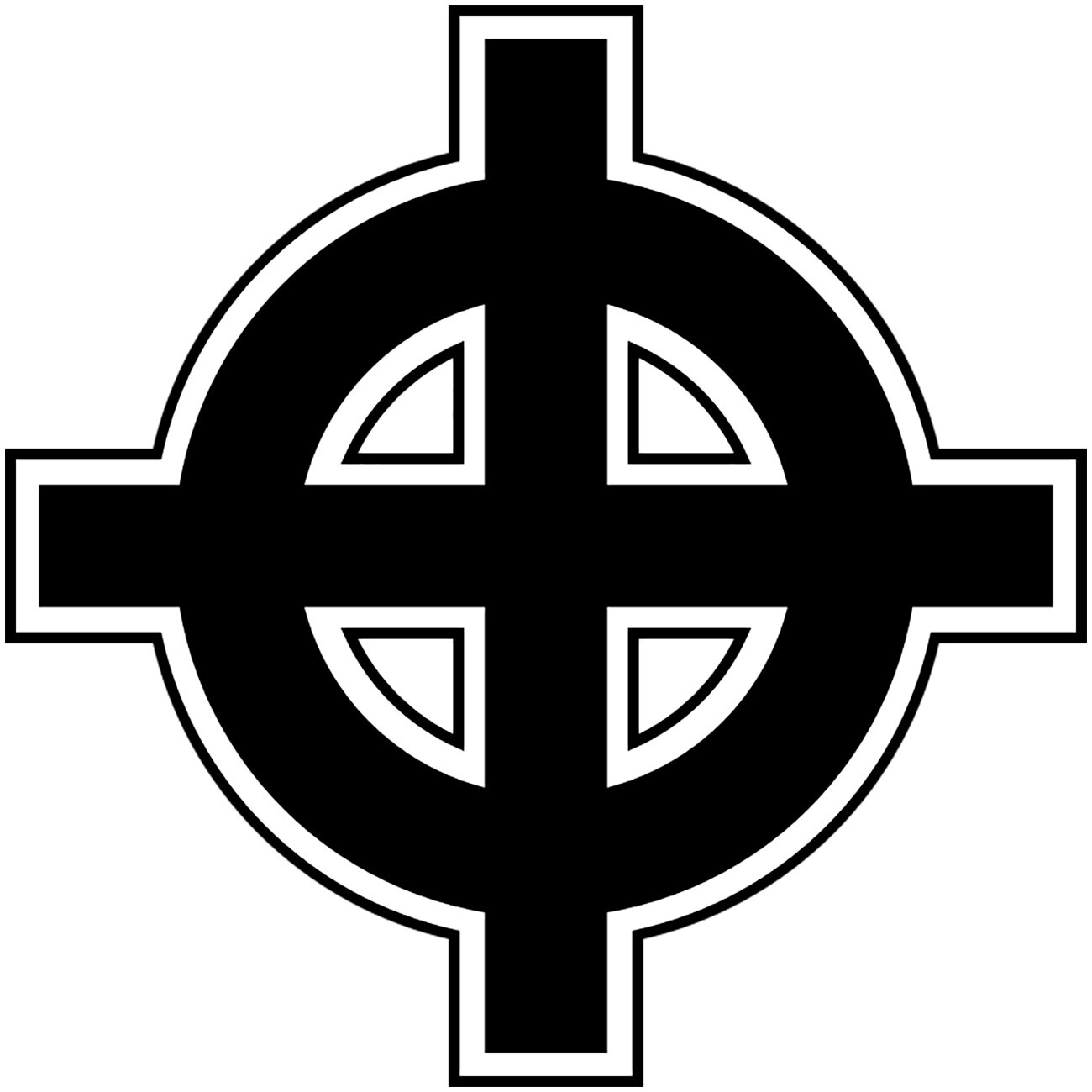 And, finally, there is the Latin cross, which historians can trace to the 3-4th century, is widely known as the main symbol of Christianity - and, later, the symbol of the Catholic Church. And, in this sense, it was spread around the world together with the religion. The cross with one long vertical bar that is horizontally crossed by a shorter one is a reminder of the cross on which Jesus Christ was crucified. 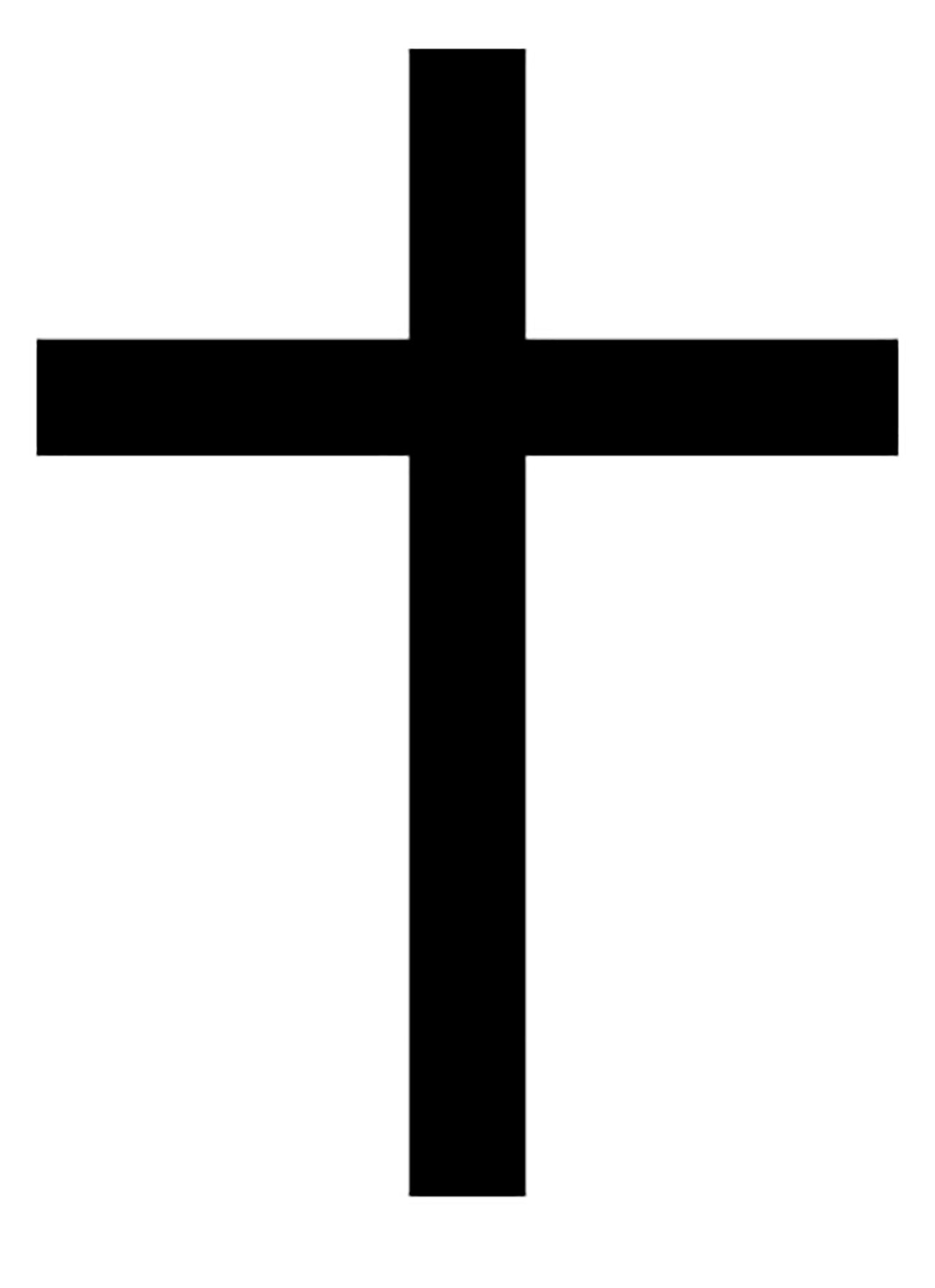 Catholics have different versions of crosses; for example, the Cross of Lorraine with two shorter horizontal bars, usually a sign of Catholic cardinals and archbishop, as well as the patriarchal cross with three horizontal bars, a sign of the Pope. 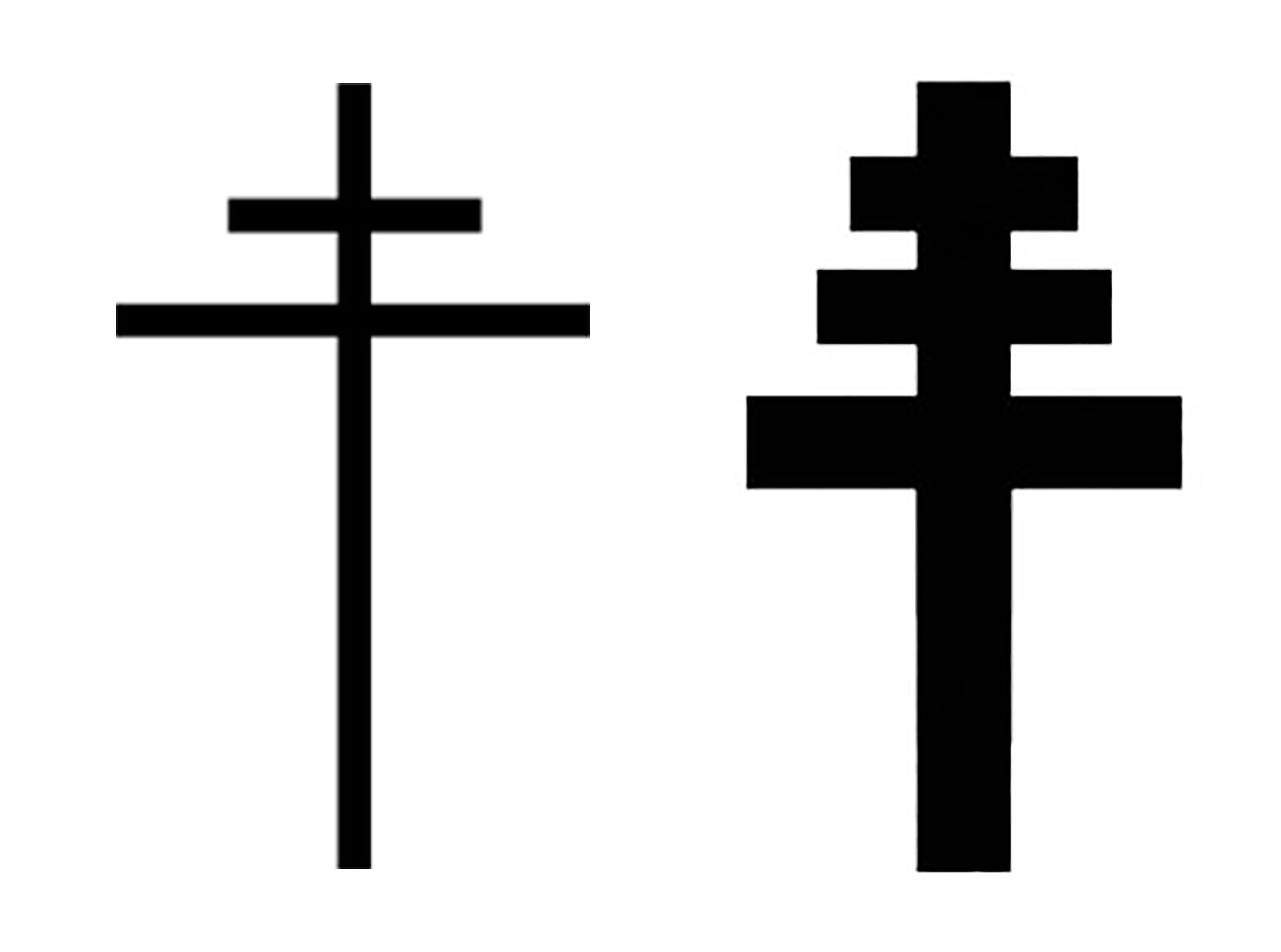 The iconic Russian Orthodox cross is a six-pointed cross. Besides two traditional bars, there is another, smaller diagonal bar at the bottom. When Jesus was crucified, it was nailed for his feet to rest upon. It symbolizes the scales weighing people’s sins and virtues: the upper left end always points upwards, towards Heaven, while the lower end points downwards. The thing is that there were also two thieves crucified with Christ. One of them repented and entered the kingdom of heaven, but the other died without repentance. It should remind the faithful about their sins and the importance of repentance. 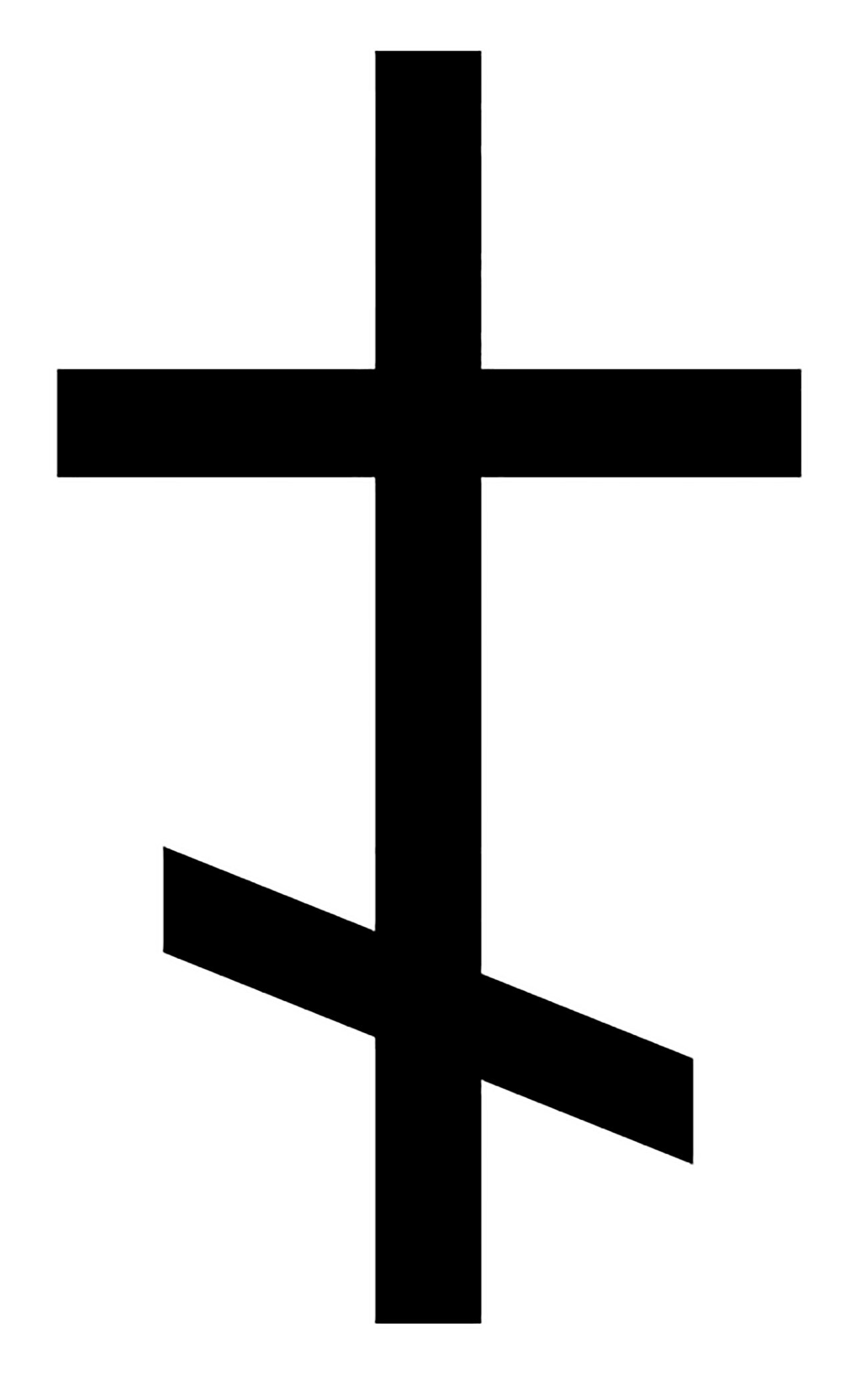 Another traditional cross in the Russian Orthodox Church is an eight-pointed one. According to the Gospel, an additional short horizontal bar at the top was a plaque affixed on the cross. Usually, it indicated what the crucified person was guilty of. The plaque on Jesus Christ’s cross read: “Jesus of Nazareth, King of the Jews.” 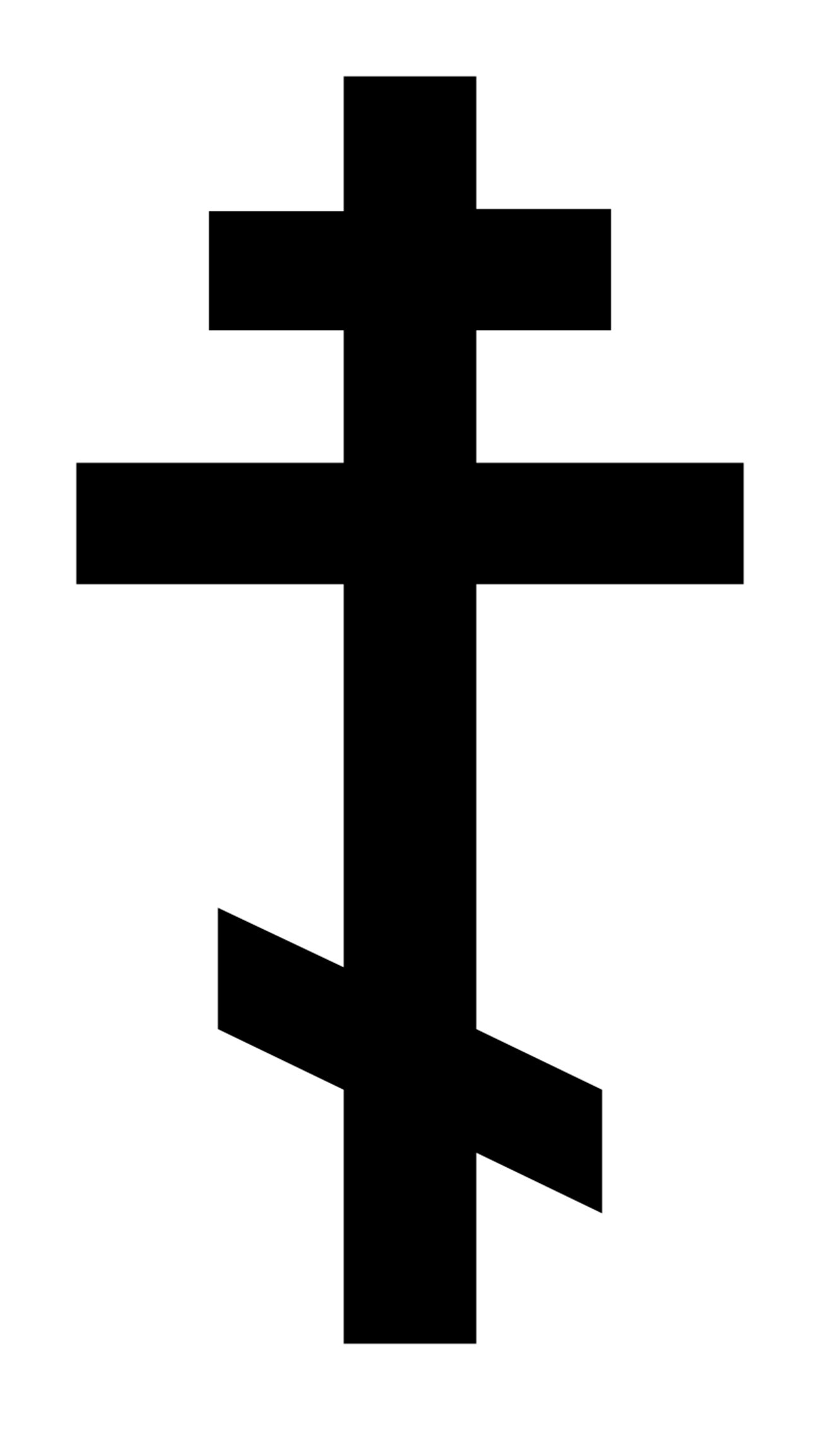 Some crosses also feature a skull or skull and bones at the bottom. They symbolize Adam’s head, because, according to tradition, the remains of Adam, Eve and their descendants were buried right under the site of the crucifixion at Golgotha. Thus, the blood of the crucified Christ symbolically washed away Adam’s bones and washed away original sin from them and all his descendants. 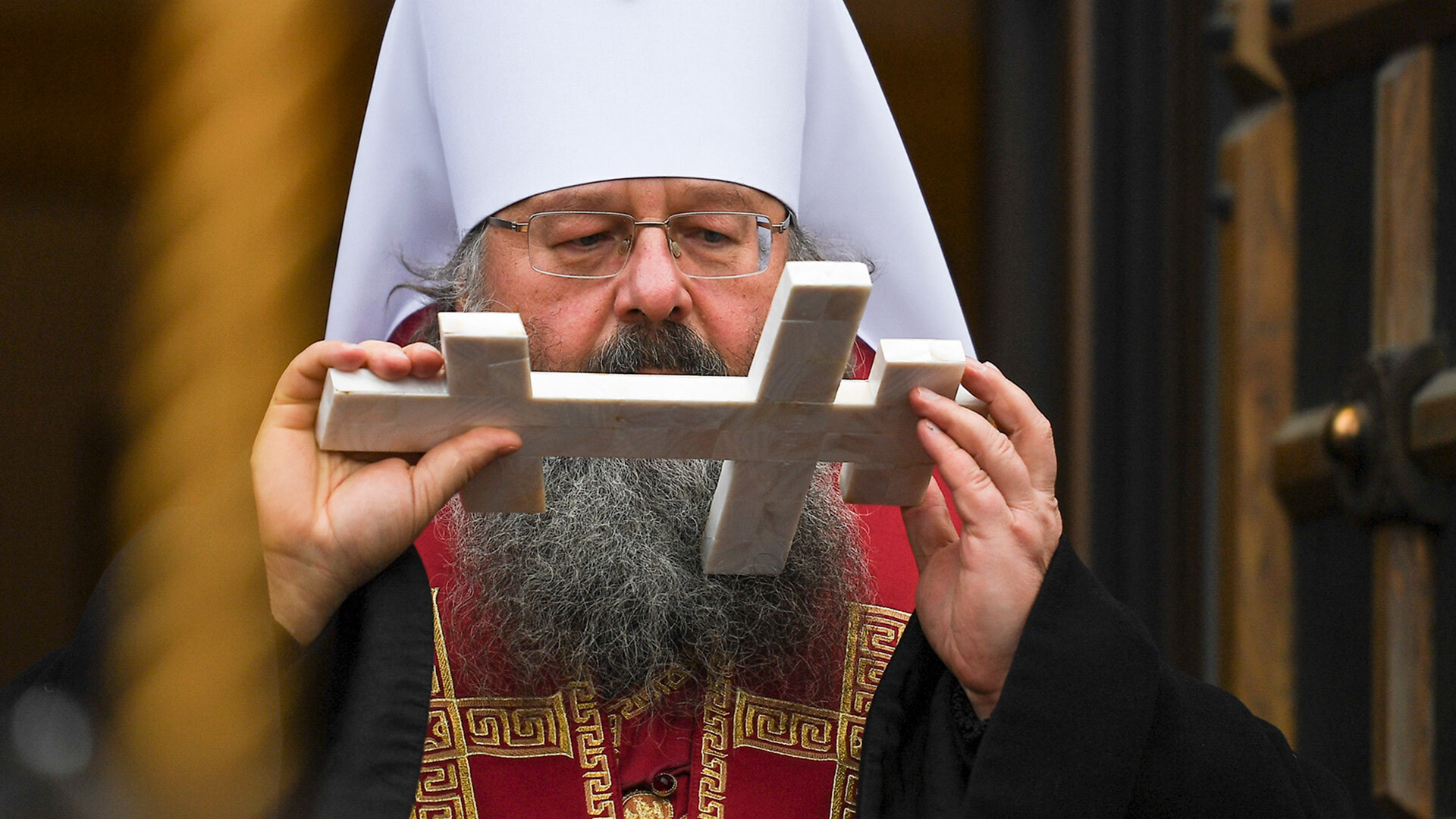 Such multi-pointed crosses were seen in Byzantine frescoes and mosaics of the 6th century. And, as the Russian Church’s roots originated from Byzantia, it accepted this cross. And it was actually widespread in all the Slavic lands - and especially after the Great Schism, when the Latin and Eastern churches divided. 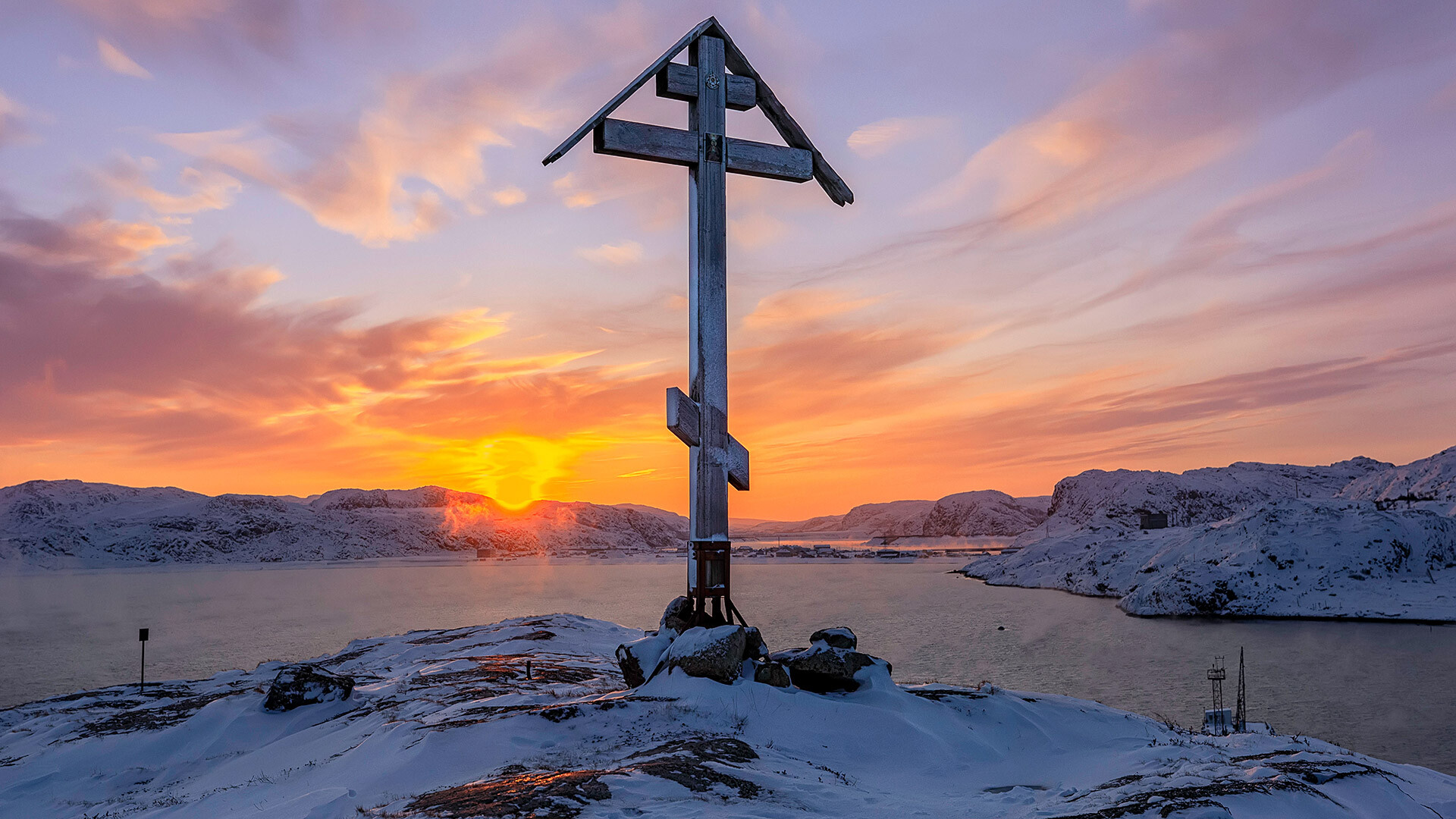 In the 16th century, Ivan the Terrible, the first Russian tsar, wanted to strengthen the country shortly after all the Russian lands were united after centuries of feudal fragmentation and the Tatar-Mongol invasion. He implemented the idea of Moscow being the Third Rome, a successor of the real Rome and Constantinople. Defending the Orthodoxy was one of the principles behind the idea. And to show the difference from the Latin church - the Russian cross began to spread far and wide. From that moment on, it was put atop of the churches’ domes. But, most importantly, the eight-pointed cross was also featured on the coat of arms of Russia, right between the two heads of the eagle. 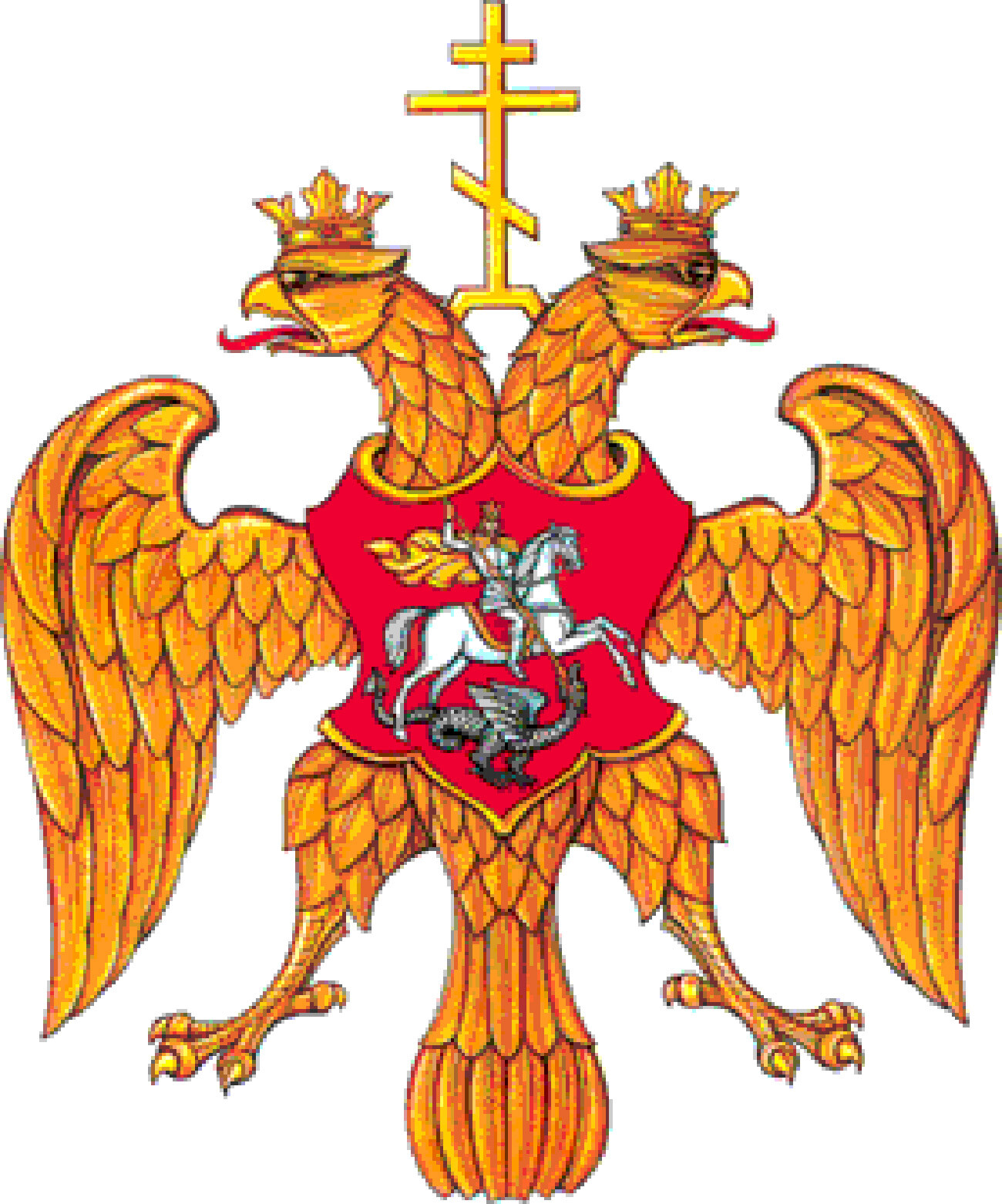 The cross still has a strong meaning. This is exactly the form that the Orthodox believers usually wear around their neck. And large crosses usually are featured in churches, suggesting the parish to light candles in memory of the passed away people.

In the Russian language, there are also lots of proverbs devoted to the cross: