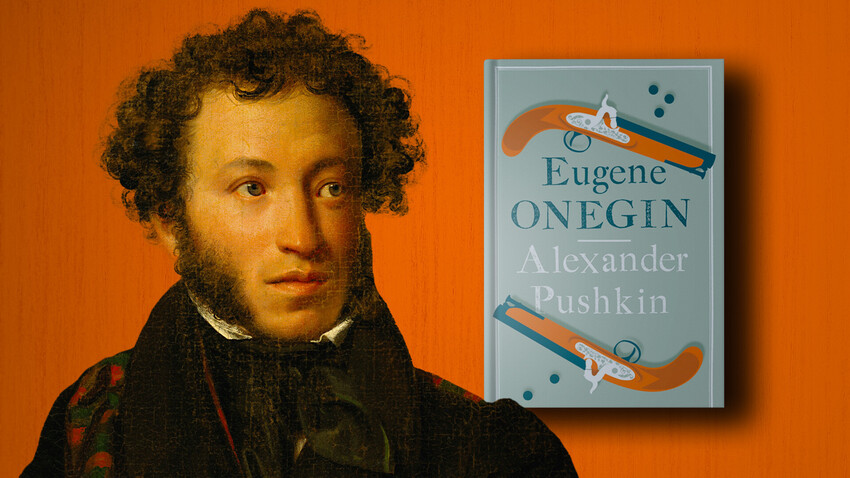 Russia Beyond (Photo: Tretyakov Gallery, Alma Classics, 2015)
Dubbed the “encyclopedia of Russian life”, this short novel has it all.

A discontented and bored dandy rejects a provincial girl. A few years later, she becomes the wife of a nobleman and a lady of the world. The dandy falls in love with her, but she rejects him and remains faithful to her husband.

Behind this simple story is a portrait of Russian life in all its many facets.

Eugene Onegin is a young, rich Russian aristocrat. Although educated and smart, he is superficial and indifferent to everything. Having nothing better to do, he preoccupies himself with entertainment, social life and love affairs.

Bored by life in the Russian capital and fallen victim to Russian khandra – melancholy – he relocates to a rural area, where he inherits an estate from his deceased uncle. There, he meets a new friend named Vladimir Lensky.

Lensky introduces Onegin to his fiance Olga Larina and her sibling Tatyana Larina. Tatyana appears to have a reticent and reserved, but also thoughtful and romantic, personality. She reads novels, believes in omens and dreams of love. 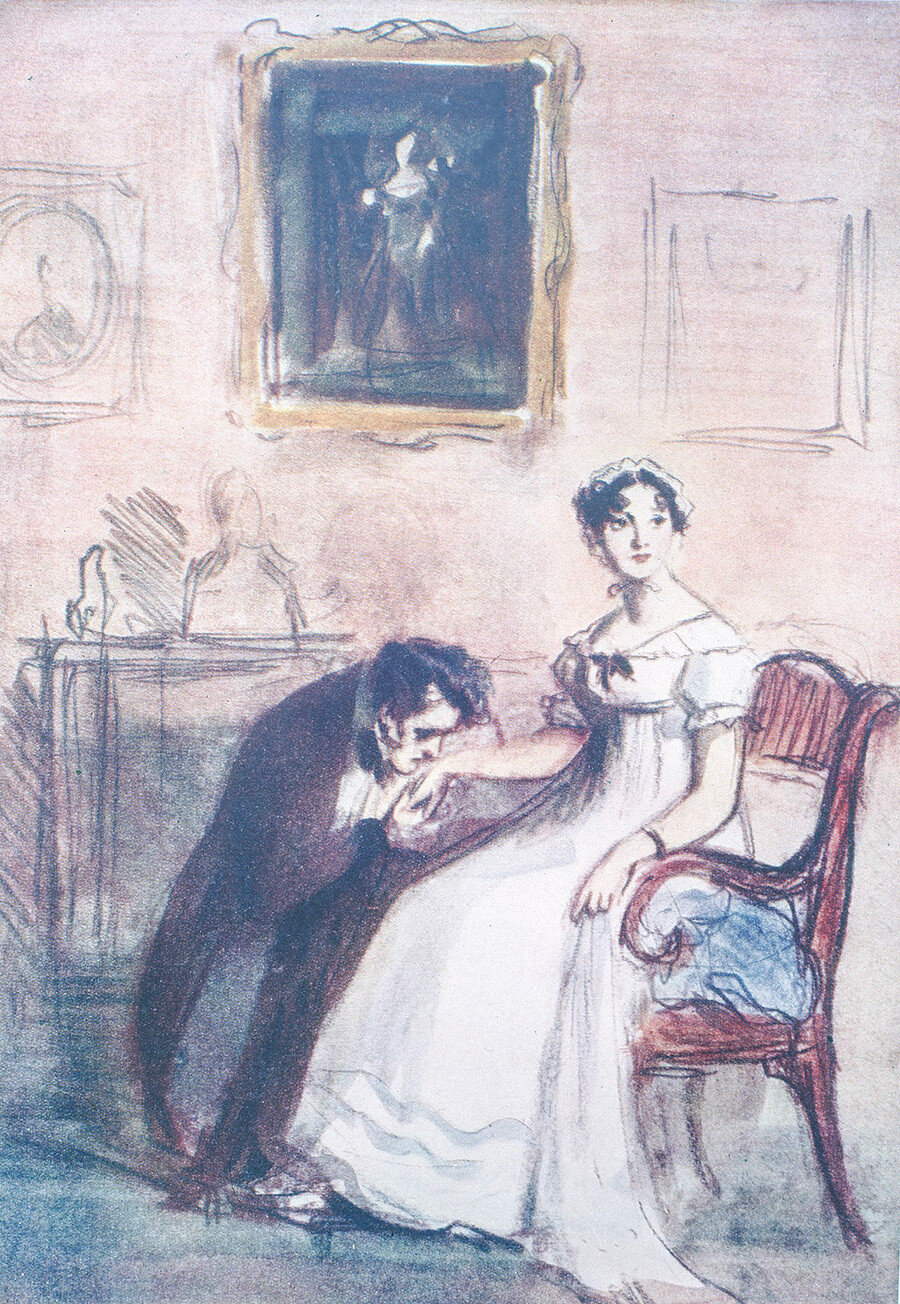 Tatyana Larina falls for Onegin and confesses her feelings for him in a letter. Onegin is touched by her feelings, but he rejects her, nonetheless. Onegin’s indifference leaves Tatyana heartbroken. Onegin, on the other hand, quickly returns to his usual life.

Sometime later, Vladimir Lensky convinces Eugene Onegin to come to a social gathering in honor of Tatyana’s birthday. At the party, Onegin feels irritated by the excessive sensitivity of Tatyana and annoyed by the noisy gathering. He decides to take revenge on his friend Vladimir Lensky and spends the entire evening wooing Olga, Lensky’s fiance.

Lensky is indignant and challenges Onegin to a duel. Although neither of them want to proceed with the duel the next morning, nobody can afford to back down either. Onegin kills his friend Vladimir and leaves the estate for good. 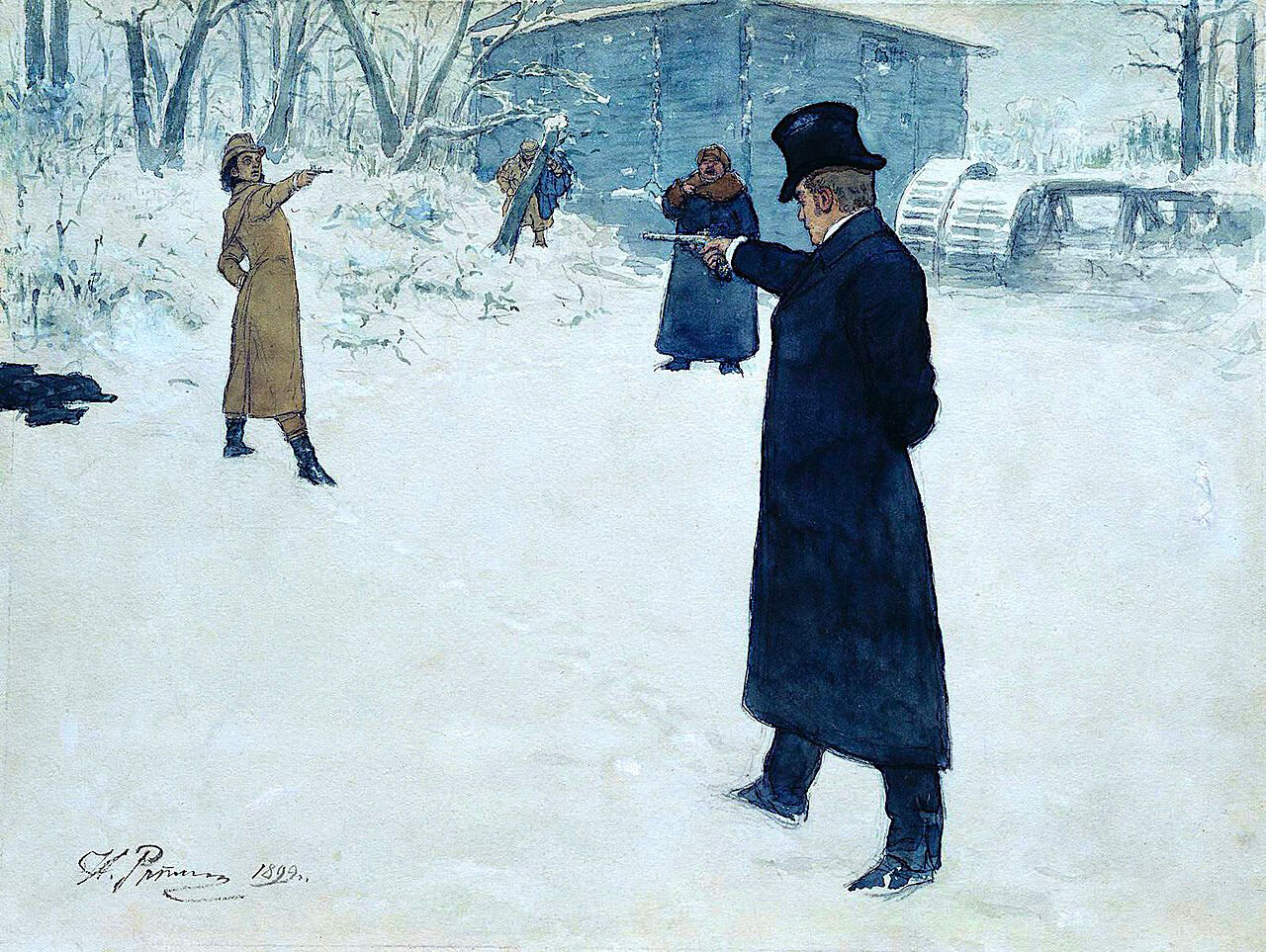 In the absence of Onegin, Tatyana discovers hints of his superficial personality through the examination of items he has left behind. Tatyana’s worried mother takes her daughter to Moscow and arranges a marriage to a rich, powerful and respected general. Although Tatyana does not love him, she agrees to the marriage.

A few years later, Onegin returns to St. Petersburg and accidentally meets Tatyana at a social gathering. The woman appears different to him this time. From a reserved and reticent girl, Tatyana has transformed into a brilliant woman admired by the high society of St. Petersburg and Onegin falls for her.

The hero writes Tatyana a passionate letter, apologizes for his past coldness and attempts to awaken her old feelings, but she rejects him.

Incidentally, Onegin does discover Tatyana still loves him, but the woman says she will remain faithful to her husband forever.

The ‘encyclopedia of Russian life’

This quite simple story is often dubbed the “encyclopedia of Russian life”. Alexander Pushkin spent eight years writing this comparatively thin book that only has eight chapters. Upon completing the story, the author called it his “feat”, highlighting the great effort that went into writing it.

Rich in both details, characters and settings, the novel earned the reputation of being an encyclopedia of Russian life in the 1820s. From the time of the publication of the first chapter in 1825 until today, the novel has mesmerized the reader with its complex composition, the abundance of topics covered, meticulous description of details of everyday life and the depth of characters developed with unsurpassed skill.

From the novel, the reader learns almost everything about the era: how people dressed, what they valued and what preoccupied them. Overall, the book reflects the whole of Russian life in the early 19th century.

Click here to read a short summary of Mikhail Lermontov's ‘A Hero of Our Time’.