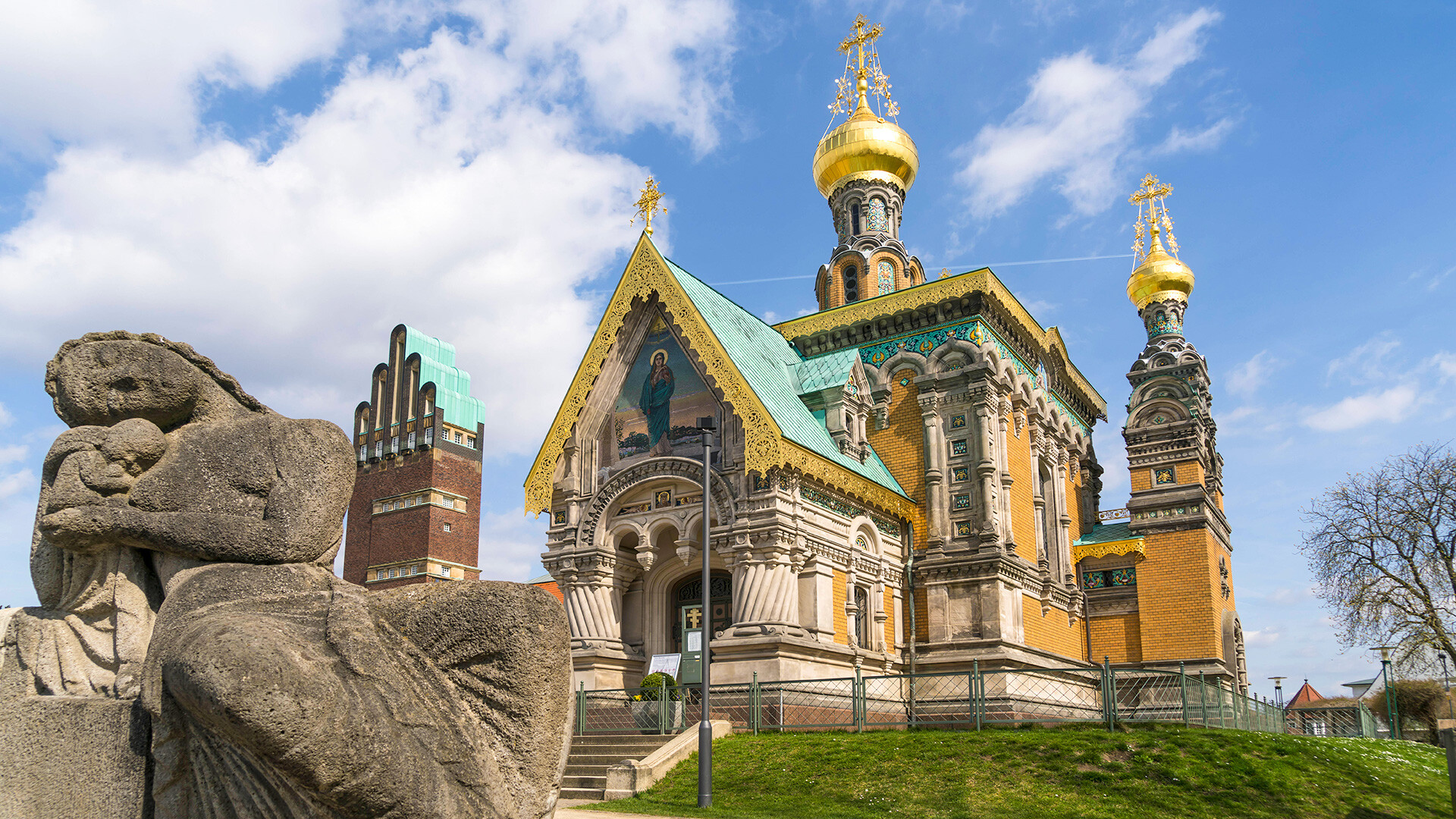 Legion Media
Russian Orthodox churches first appeared in Germany in the early 18th century. Their existence stemmed from an exchange of gifts by the rulers of both countries.

To show gratitude for the Prussian King’s gift of the famous Amber Room, Peter the Great responded by sending 55 specially selected grenadiers of exceptional height to Berlin: Frederick William I had a soft spot for tall soldiers. The grenadiers and their families who arrived in Prussia were Orthodox Christians and required priests and churches to meet their spiritual needs. Peter the Great opened the first Orthodox chapel in Berlin as early as 1718, while the first church was consecrated in Potsdam in 1733.

Today, there are several dozen Orthodox churches in Germany. Five are on the UNESCO World Heritage List. 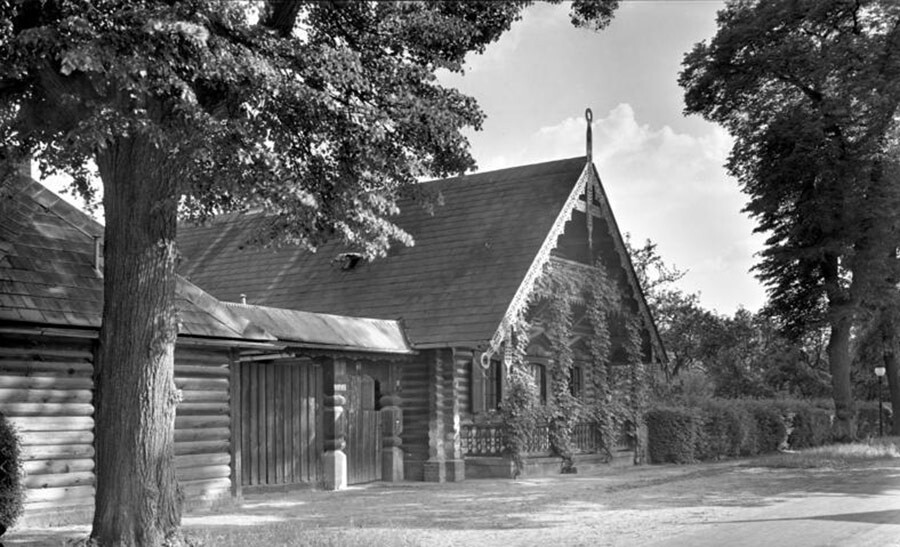 The Colony of Aleksandrovka sprang up not far from Potsdam in the 1820s. The inhabitants were Russian soldiers who had ended up as prisoners of Prussian King Frederick William III during the Napoleonic Wars. A choir was formed from those who remained in Potsdam. Following the signing of a treaty of alliance between Russia and Prussia at Kalisz in 1813, the soldiers again went to the battlefield, but after the end of the War of the Sixth Coalition, with permission from Russian Emperor Alexander I, they returned to Potsdam.

After the death of the Russian Emperor, Frederick William III founded a settlement for Russian military personnel - "as an enduring memorial to the bonds of friendship between His Majesty the Emperor of Russia and myself". The project also envisaged the construction of an Orthodox church in honor of St. Alexander Nevsky, the revered medieval Russian military leader who had been the patron saint of the deceased Emperor. 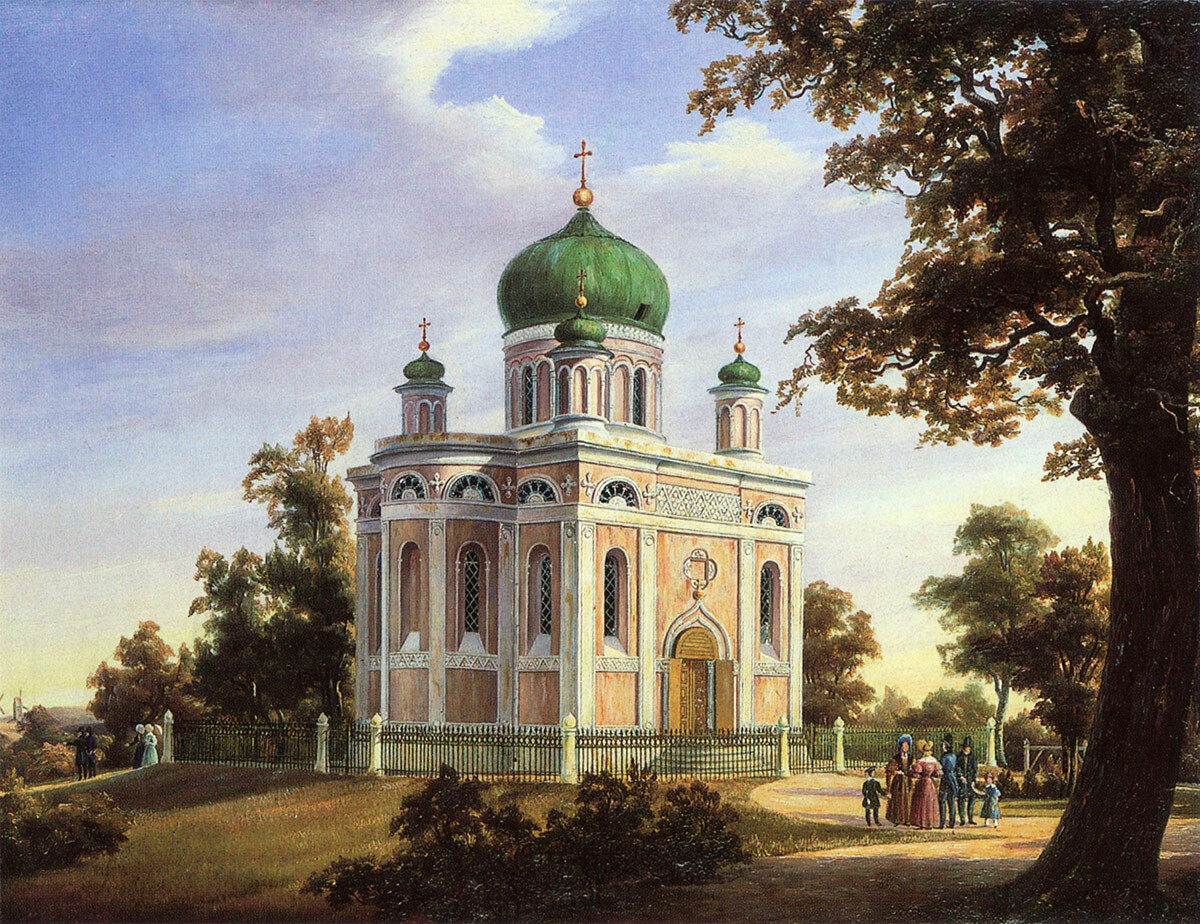 Over time, the Potsdam Orthodox congregation decreased in number and services in the church, which until then had been conducted in Church Slavonic, gradually started to switch to German. Church Slavonic was reintroduced after the Russian Revolution when Russian émigrés joined the congregation in large numbers. 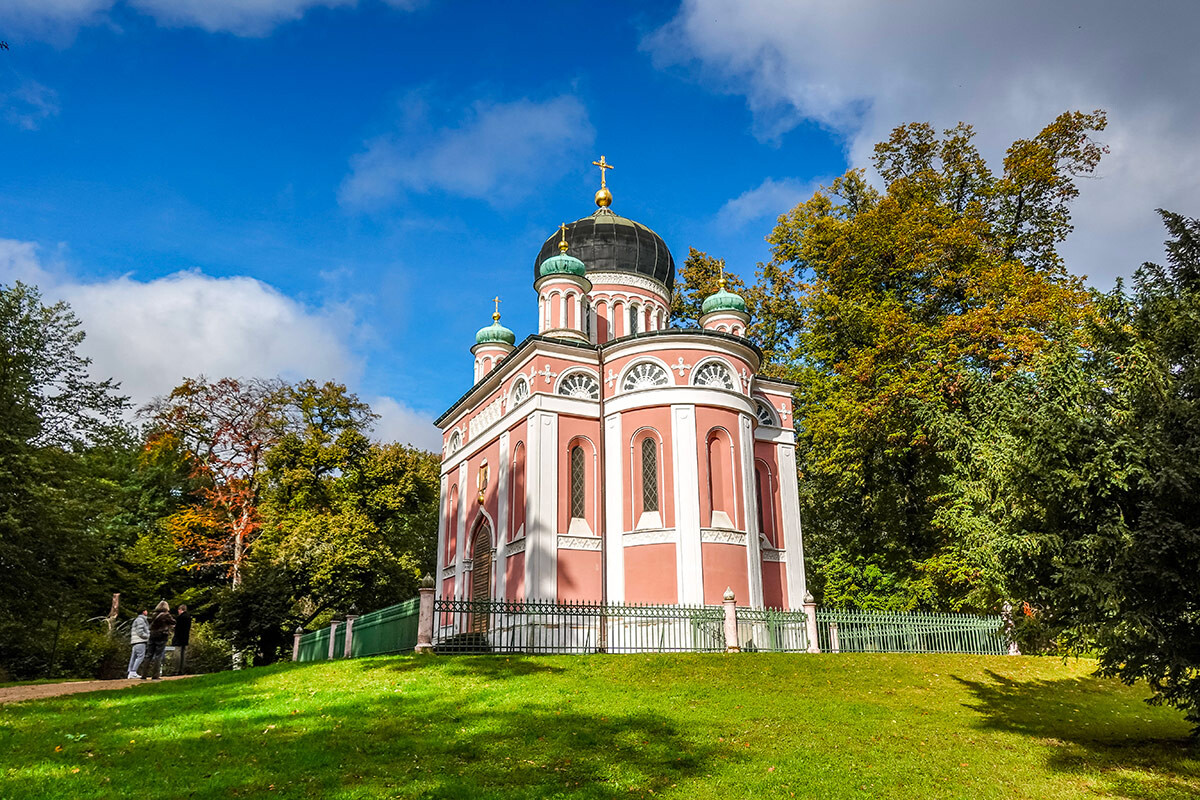 In 1999, the Church of St. Alexander Nevsky and Aleksandrovka were included in the list of UNESCO World Heritage Sites. It was the first Russian church in Germany to receive such an honor. Today it’s considered to be the oldest functioning Orthodox church in Western Europe. 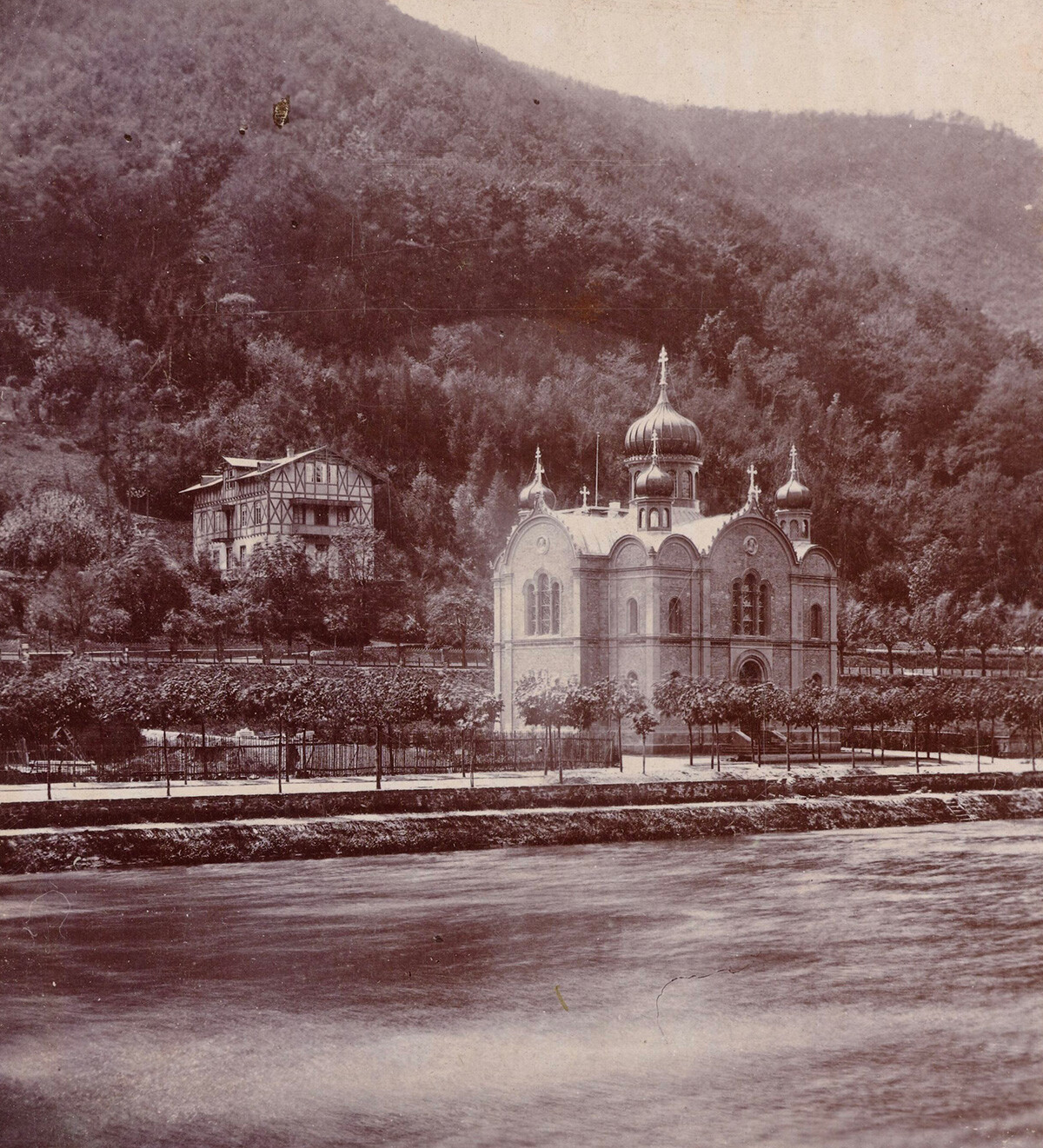 Empress Alexandra Feodorovna, wife of Nicholas I, first dreamed of having an Orthodox church built in her hometown of Bad Ems. Spa towns like Bad Ems were popular with Russian travelers, who were keen to attend church services when on holiday or taking a cure at the local baths. Under the Empress' auspices, a fundraising campaign was launched for the construction of a church. The committee supervising the project included not only Russians but also locals. The work, however, progressed slowly, and Alexandra Feodorovna died before construction was completed. 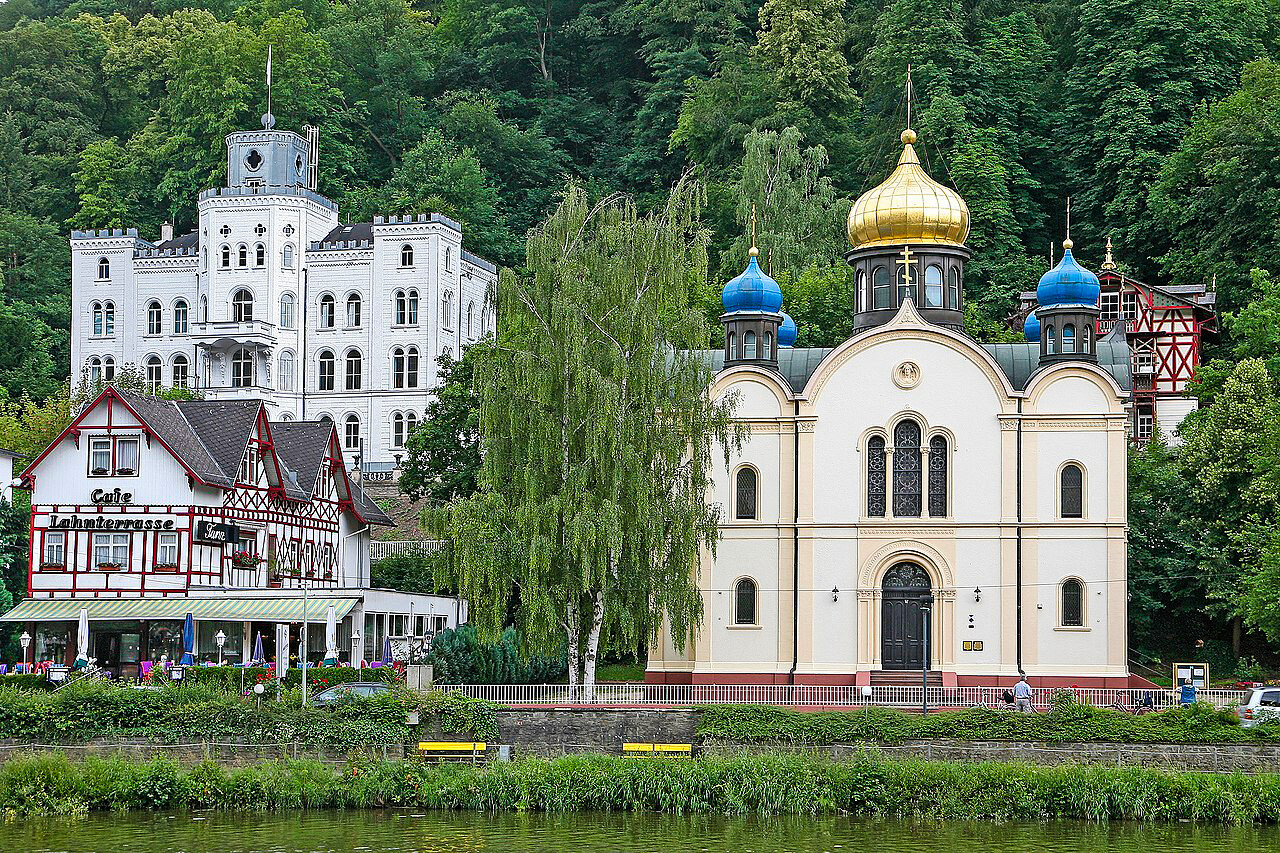 Her son, Emperor Alexander II, managed to carry out her plans. In memory of the deceased patroness' role in the project, the church, which is located on the banks of the River Lahn, was dedicated to St. Alexandra. Many Russian and foreign craftsmen were involved in the interior decoration. Some of the icons were painted by Timofey Neff (also known as Carl Timoleon von Neff), who worked on the decoration of St. Isaac's Cathedral in St. Petersburg. 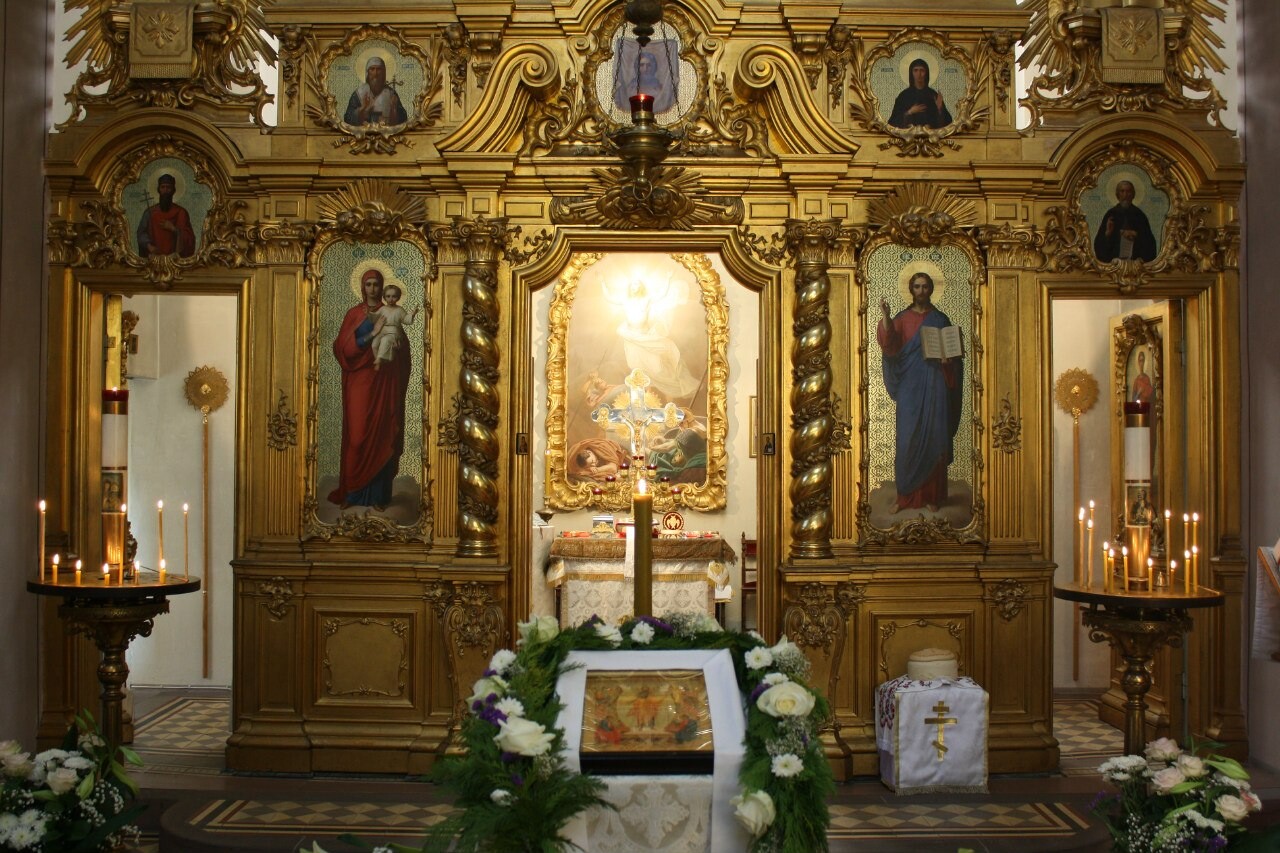 In the chancel of the church is the icon, "Resurrection of Christ", painted by another famous artist - Vasily Vereshchagin. 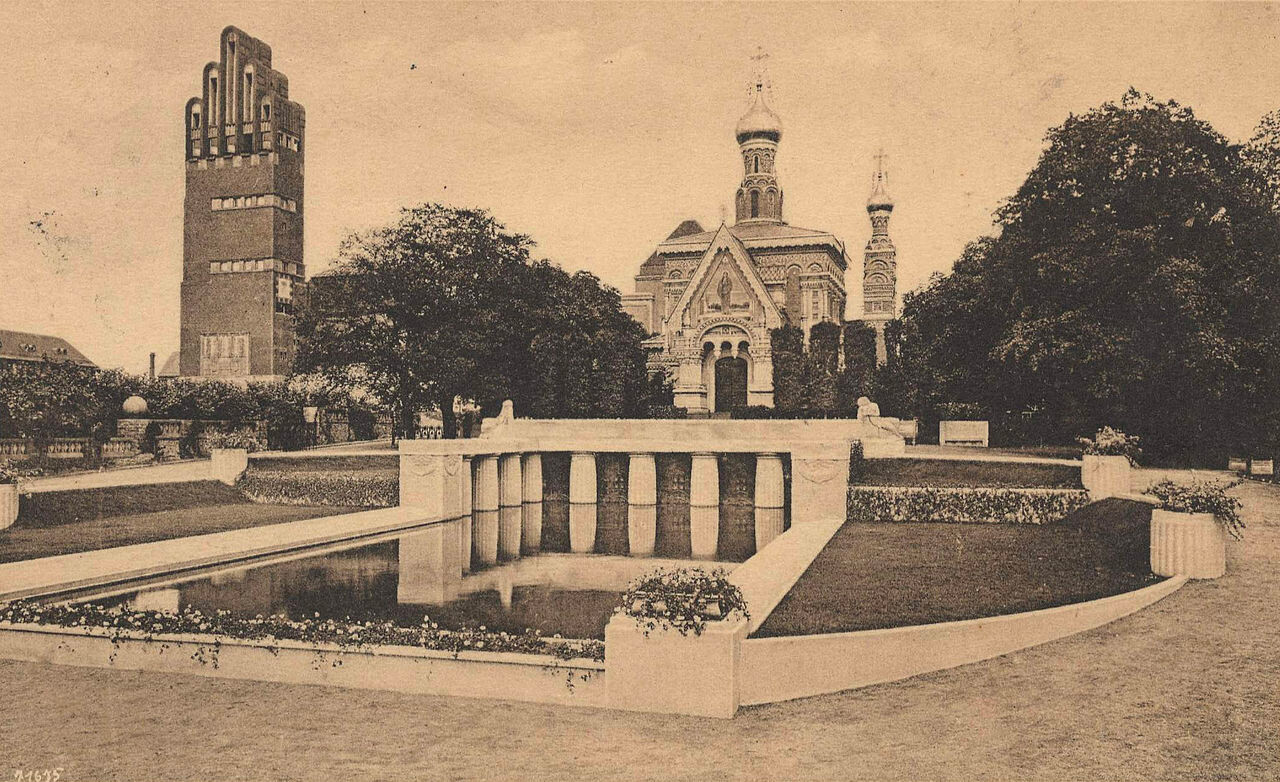 This church, which is also known as the Russische Kapelle, owes its existence to Alexandra Feodorovna,- the wife of the last Russian monarch, Nicholas II. The Empress was born in Darmstadt, and the imperial couple wanted to attend Orthodox church mass during visits to her childhood home. Although the church is in Germany, it is said to be built on Russian soil. Indeed, earth specially brought from Russia lies under its foundations - the idea was to maintain a symbolic connection with the Motherland. 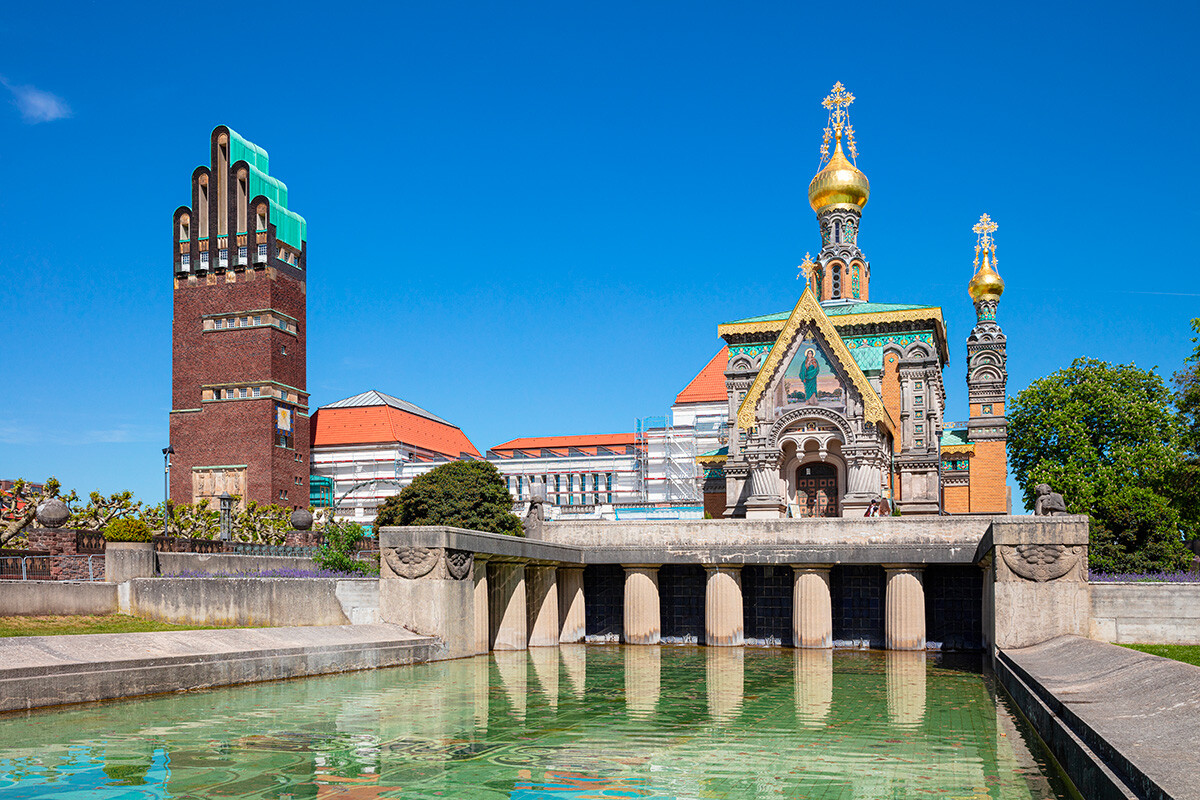 The imperial couple personally attended the laying of the foundation stone in 1897 and its consecration in 1899. Funds for construction were allocated from the Romanov family budget. Leading Russian architect Leon Benois, as well as the artist Viktor Vasnetsov, famous for his pictures on folkloric subjects, were recruited for the project. 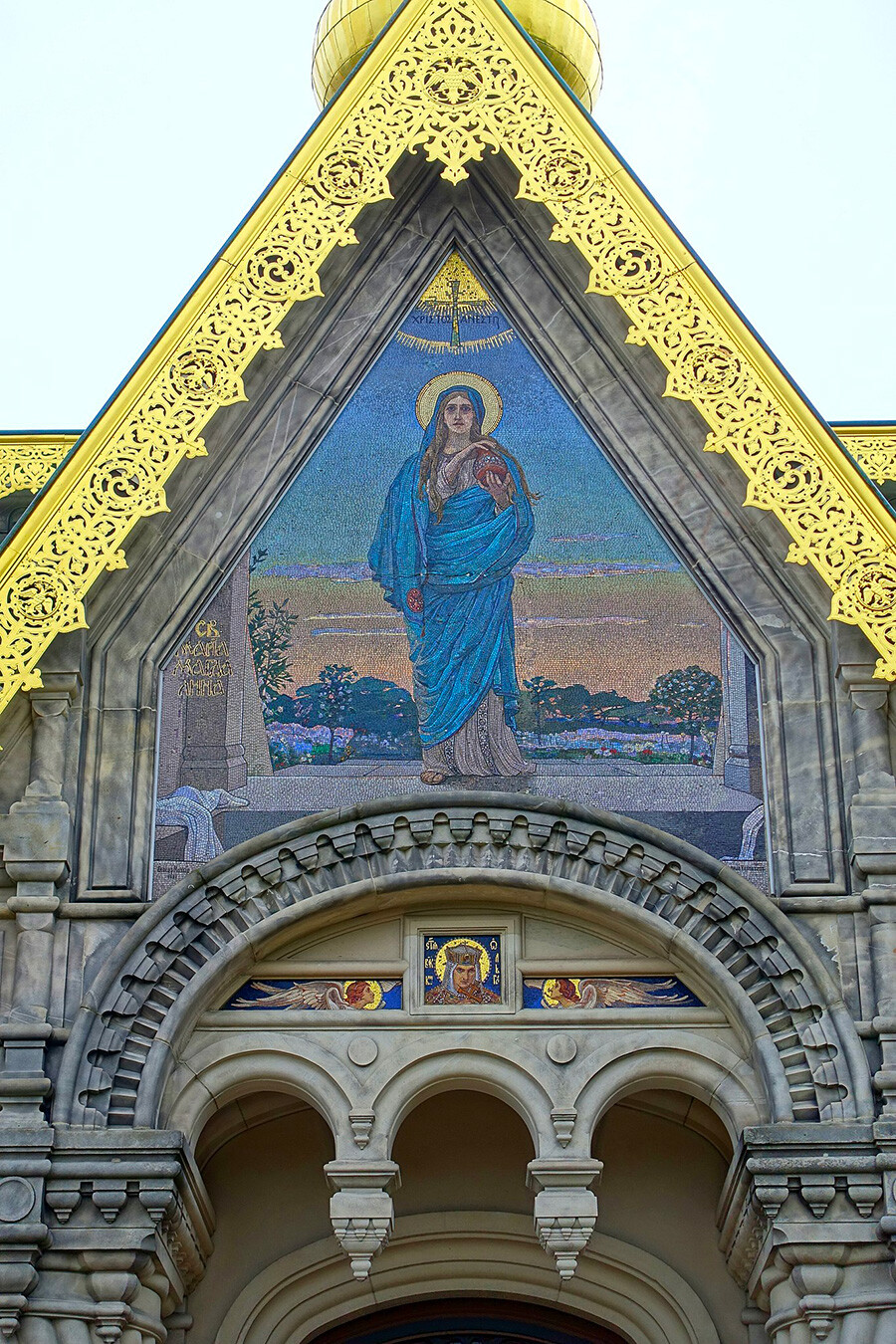 At Nicholas II's request, the latter prepared designs for mosaics above the entrance and inside the church. Just like at Bad Ems, icons by Neff were placed here: An oak icon screen was donated by Nicholas II's aunt, who was by marriage Duchess of Saxe-Coburg and Gotha and Duchess of Edinburgh.

4. Church of the Transfiguration of Christ (Baden-Baden) 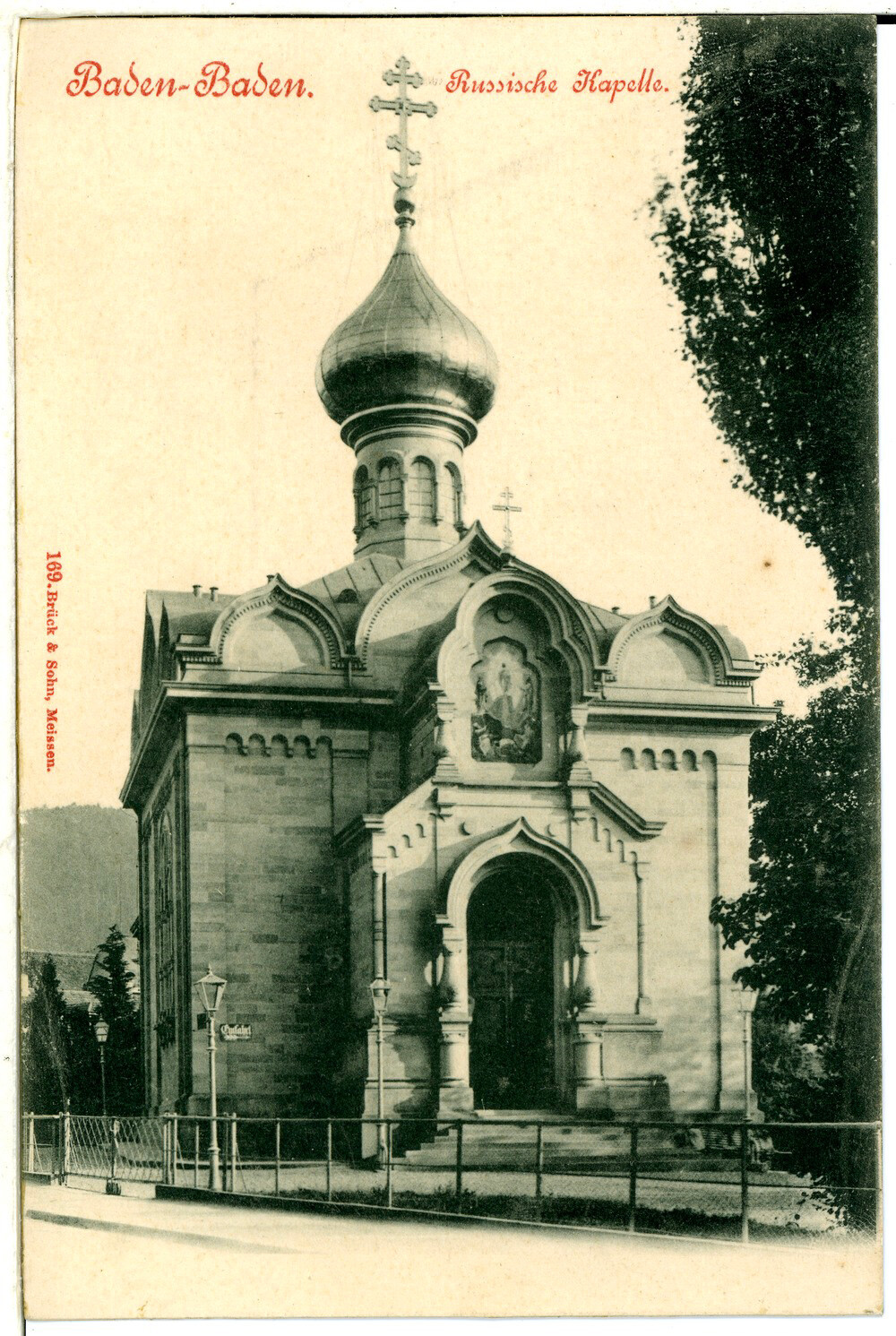 On their way to the consecration ceremony for the St. Mary Magdalene Chapel, Nicholas II and Alexandra Feodorovna visited another Russian Orthodox place of worship - the Church of the Transfiguration in Baden-Baden.

Its history dates back to the private houses that the local Orthodox community had to lease in order to hold services. The Duchess of Baden, Maria Maximilianovna, whose father was Maximilian, Duke of Leuchtenberg, and whose mother was the sister of Emperor Alexander II, managed to organize the construction of a full-fledged church structure. She was eventually buried in the building that was erected thanks to her patronage. 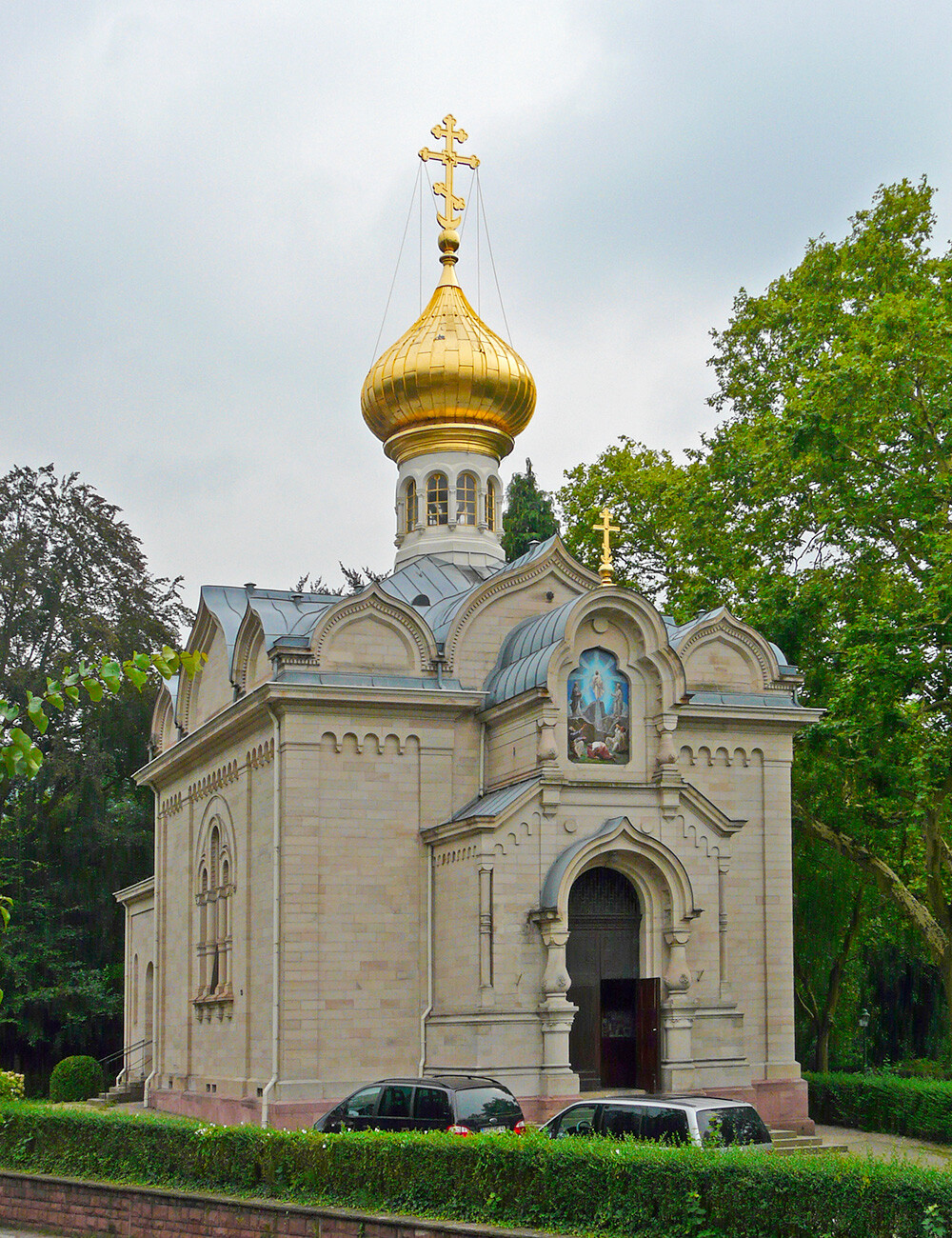 The project was financed by donations from Russian benefactors including Maria herself, while the plot of land on which the church stands was allocated by the city authorities. The wall paintings were made according to the designs of Prince Grigory Gagarin, vice-president of the Imperial Academy of Arts. 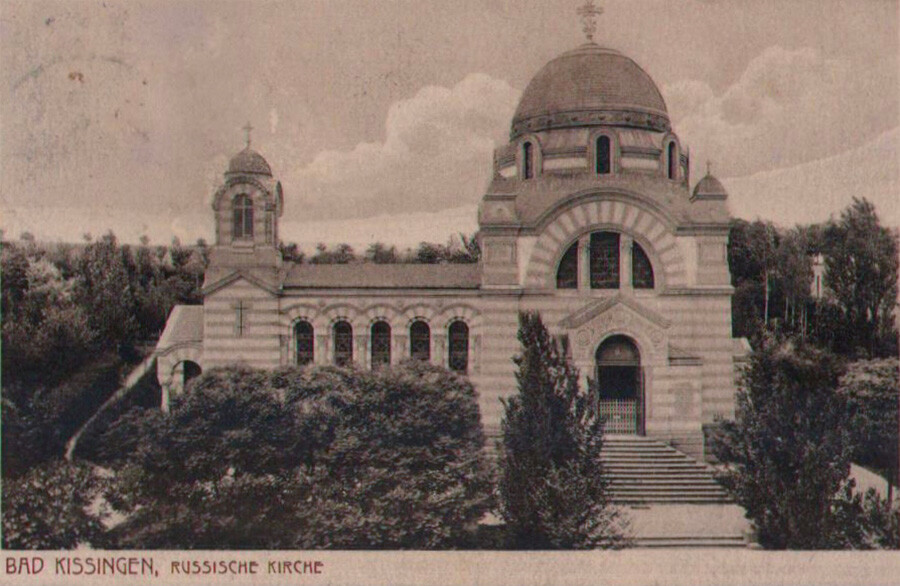 Church of Sergius of Radonezh in Bad Kissingen, 1910

The figure of St. Sergius of Radonezh holds an important place in the Orthodox Church. This miracle-worker and founder of one of the largest Russian monasteries is famous for having blessed Prince Dmitry Donskoy before the Battle of Kulikovo in 1380 against the Golden Horde led by Mamai. This was the battle that marked the beginning of the end of the Tatar-Mongol yoke and the start of the unification of Russian lands led by Moscow. 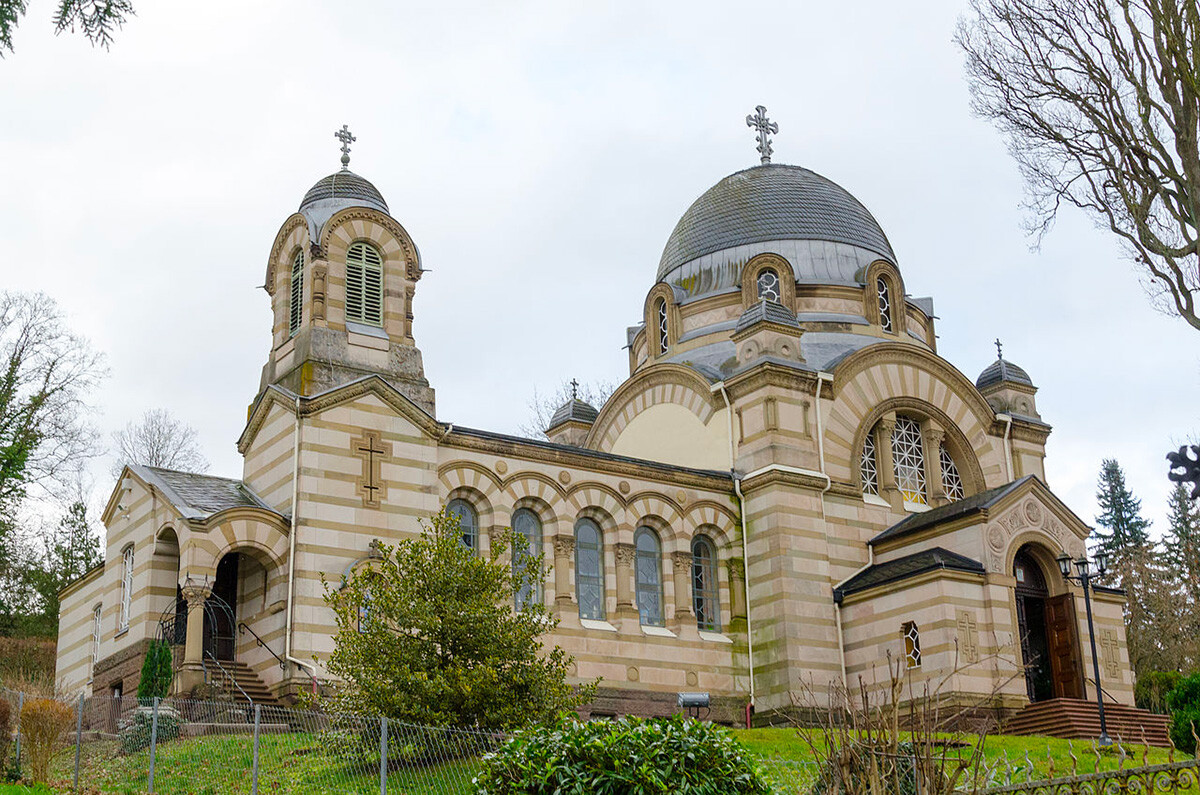 The church at Bad Kissingen is dedicated to St. Sergius of Radonezh. It was only built after several attempts, thanks in large part to the efforts of the senior Orthodox priest who served at the Berlin embassy church. The construction committee was chaired by the Russian Empire’s future minister of foreign affairs, Alexander Izvolsky. A representative of a foreign autocephalous church - Metropolitan Iosif of the Romanian Orthodox Church - took part in the laying of the foundation stone. The church in Bad Kissingen, along with other Russian Orthodox churches in Germany, was declared a World Heritage Site in 2021 when the work of the UNESCO World Heritage Committee resumed after the pandemic.