To what extent will the Russian economy profit from the FIFA World Cup? 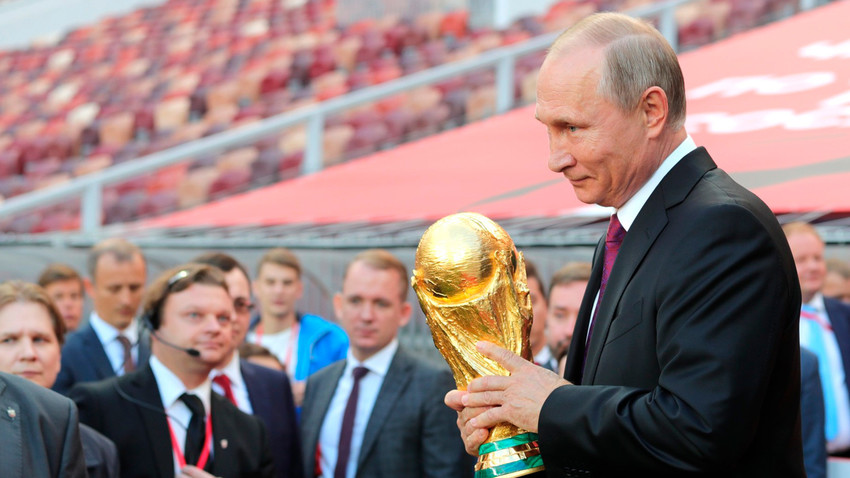 Global Look Press
The current championship is one of the most expensive for a host country in World Cup history. Will the Kremlin see any economic returns?

New stadium construction, improving transportation links, and staging cultural events  – preparing for the FIFA World Cup cost about $13.2 billion (link in Russian), which was paid for by the Russian state and by private investors.

This daunting sum was not such a burden because it was spent over the course of a few years (2013-2017), but it’s still much greater than what other countries spent on hosting previous championships (apart from Brazil).

Experts say that the chances of the country’s economy benefitting from hosting the event are quite low, but maybe it’s the PR points that the Kremlin was really hoping to score?

How much did past host countries spend on the World Cup?
Infogram

What will tourists bring?

This year’s FIFA World Cup will bring thousands, if not millions of tourists to Russia. While local officials expect as many as 1.5 million tourists, consulting firms predict a more modest figure – 500,000, which is still significant given that each fan is estimated to spend around $5,000-8,000 on average on food, accommodation, souvenirs, entertainment and so forth. 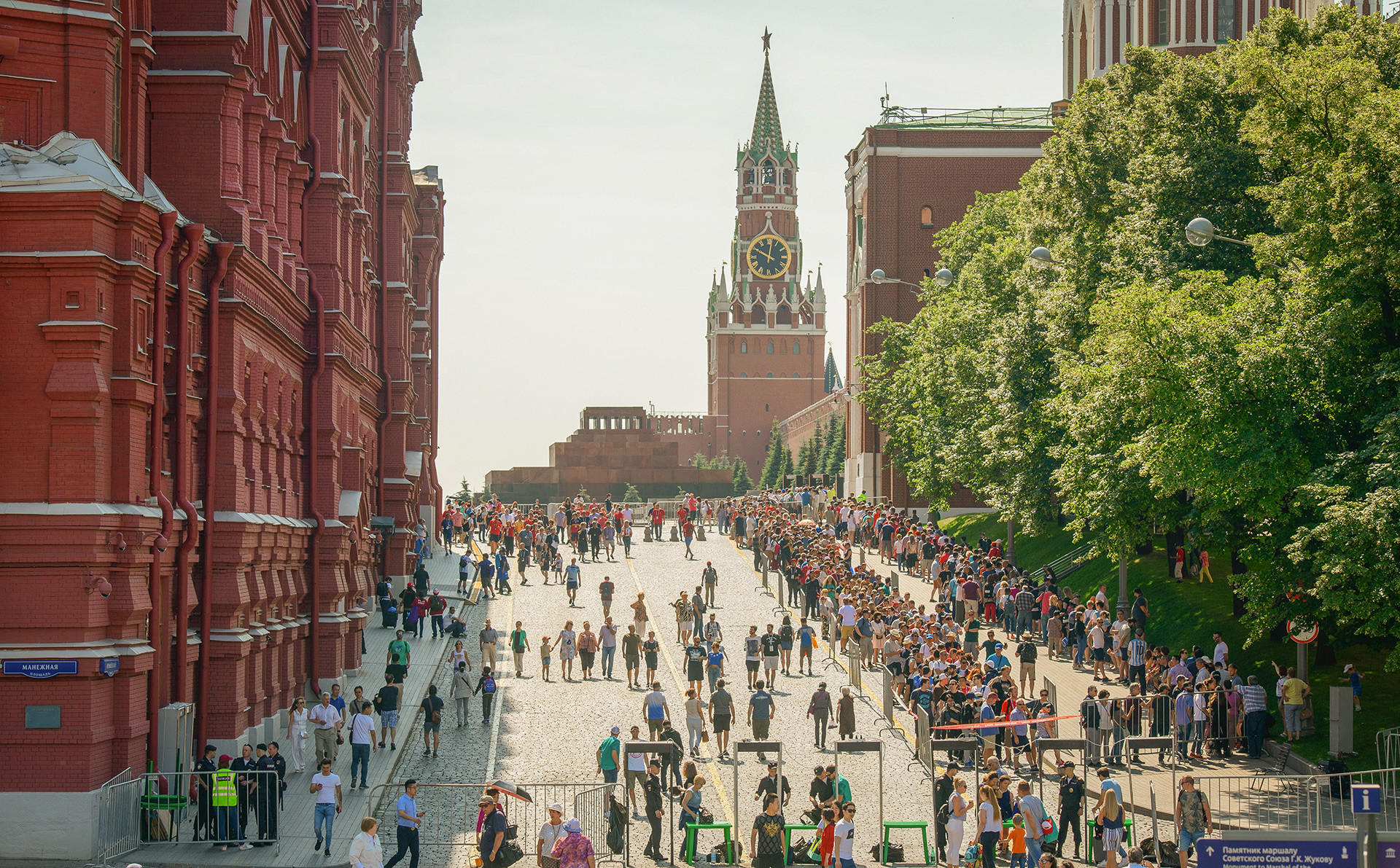 In total, this cash inflow may add $2.5-4 billion to domestic consumption. Foreign tourists contributed to a growth in demand in the hotel and restaurant businesses, not only in major cities but also in regional centers. “This trend isn’t for long, however, and it will stop as soon as the championship is over,” said Evgeniya Miruk, financial director at Evolution Management, a consulting firm.

Another temporary phenomenon caused by the influx of football fans is a possible appreciation of the ruble. Tourists will buy the currency, creating more demand for it. Still, the effect of this will be limited: According to experts, the Russian currency might only strengthen by 2 percent in relation to the U.S. dollar. 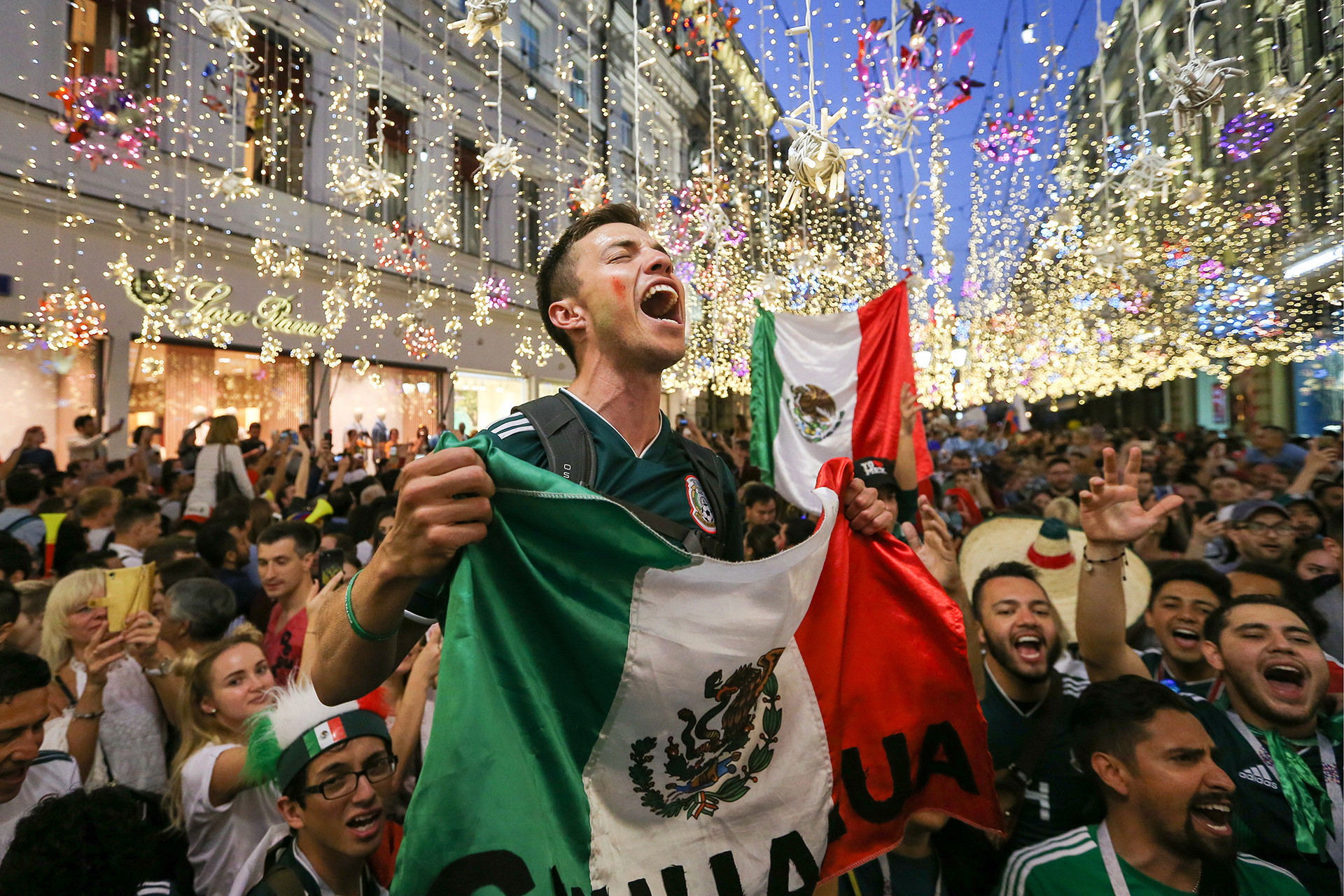 The influx of football fans is said to add $2.5-4 billion to domestic consumption.

While the huge part of preparation costs ($8.9 billion) went into improving public transportation and sports facilities, which is a good long-term investment, the remaining $4.1 billion was invested in building large, modern and expensive sport stadiums. While authorities believe they’ll surely pay off in the long term by hosting domestic events and sport activities, others are not that certain. 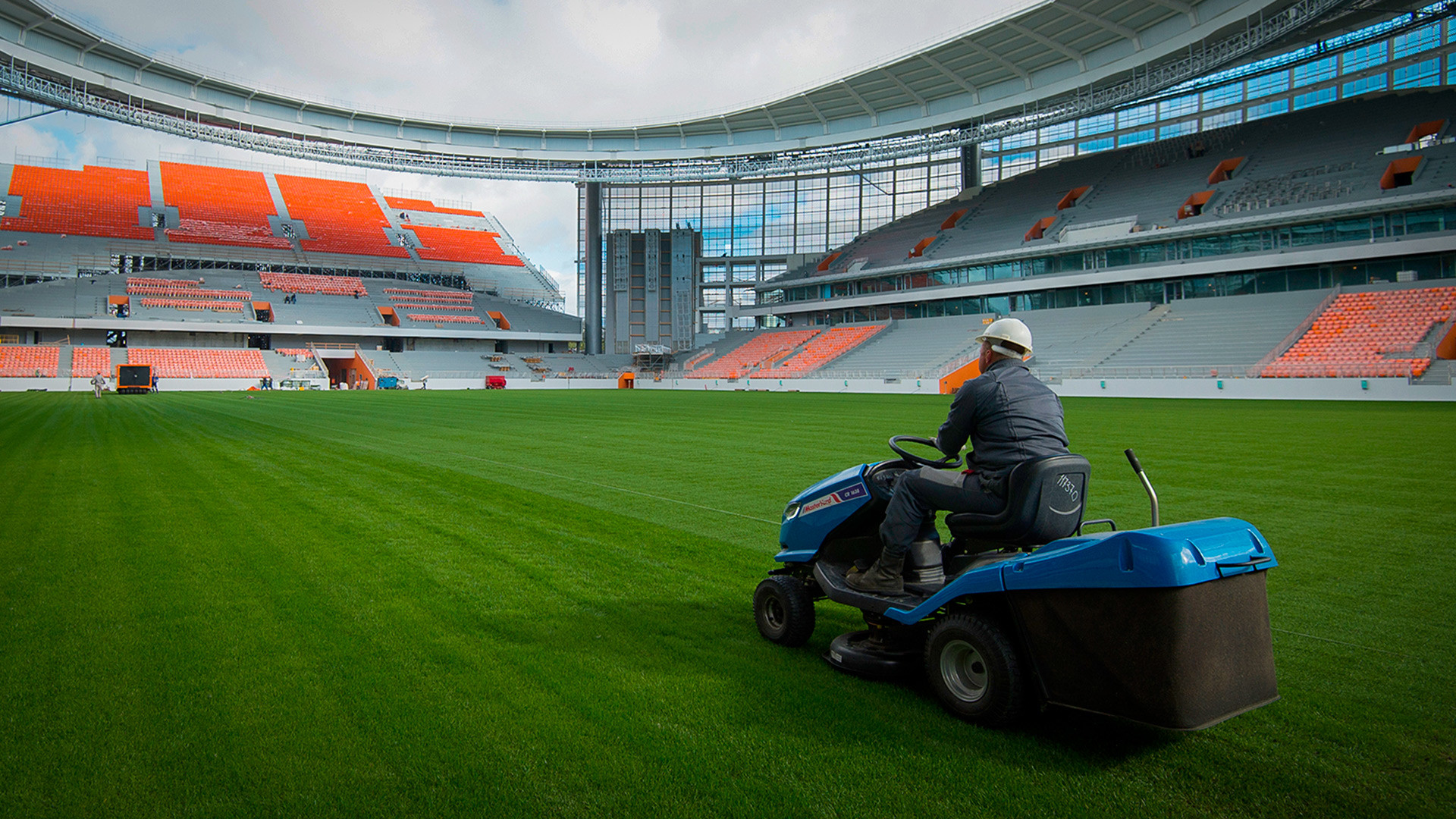 The authorities believe the invesment in the new large stadiums will pay off in the long term.

A recent report by Fitch Ratings says that these stadiums might require multi-million ruble costs in their future maintenance and servicing – a bearable expenditure for large cities such as Moscow and St. Petersburg, but a burdensome investment for cities such as Saransk.

Last year the latter city had a deficit of 27 percent during preparations for the World Cup, and now authorities expect (link in Russian) it might cost 300 million rubles ($4.7 million) annually for the further maintenance of the new 17-billion-ruble ($0.3 billion) stadium. With limited resources of its own, Saransk and potentially other cities will struggle to sustain these costs. 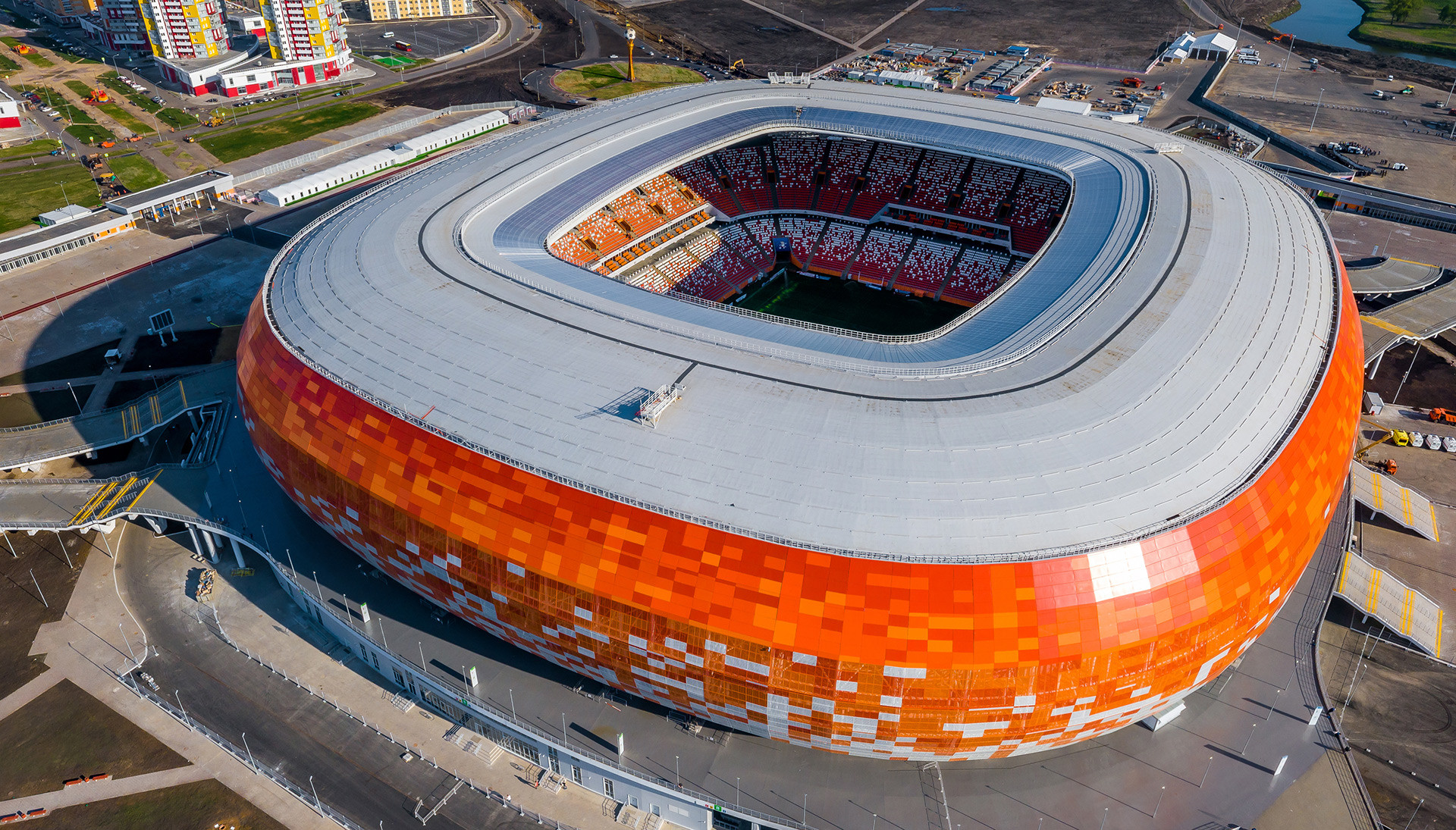 The exploitation of a new stadium in Saransk might take 300 million rubles annually from the regional budget.

Overall, experts and consulting firms predict a modest improvement to the economy from hosting the World Cup – not more than 1 percent of GDP. While generally not that bad, if we consider that only two countries profited (link in Russian) from the FIFA World Cup (the U.S. in 1994 and France in 1998), then the sole fact that the country has built or refurbished 12 stadiums in 11 cities might be a positive factor in working with foreign investors, said Evgeniya Miruk. “It proves that Russia has the potential to implement ambitious large-scale projects and help win trust among potential partners.”

Using this to Russia’s advantage, however, will be tricky, say experts. The championship itself won’t attract new investors to Russia. Such factors as legal obstacles, transparency and external conditions (like sanctions) will remain key for investors, said Daria Nosova, head of practice at FinTech 02 Consulting, and Oleg Bogdanov, an analyst at Teletrade Group.

In addition, it will be crucial for Russia to show that it can be a reliable partner by making decisions in favor of long-term relations with other countries, says Dmitry Kibkalo, the founder of Mosigra, the international chain of board game shops. “This will create an atmosphere of trust and spike of interest in coming back to Russia again and again with money,” he argues. 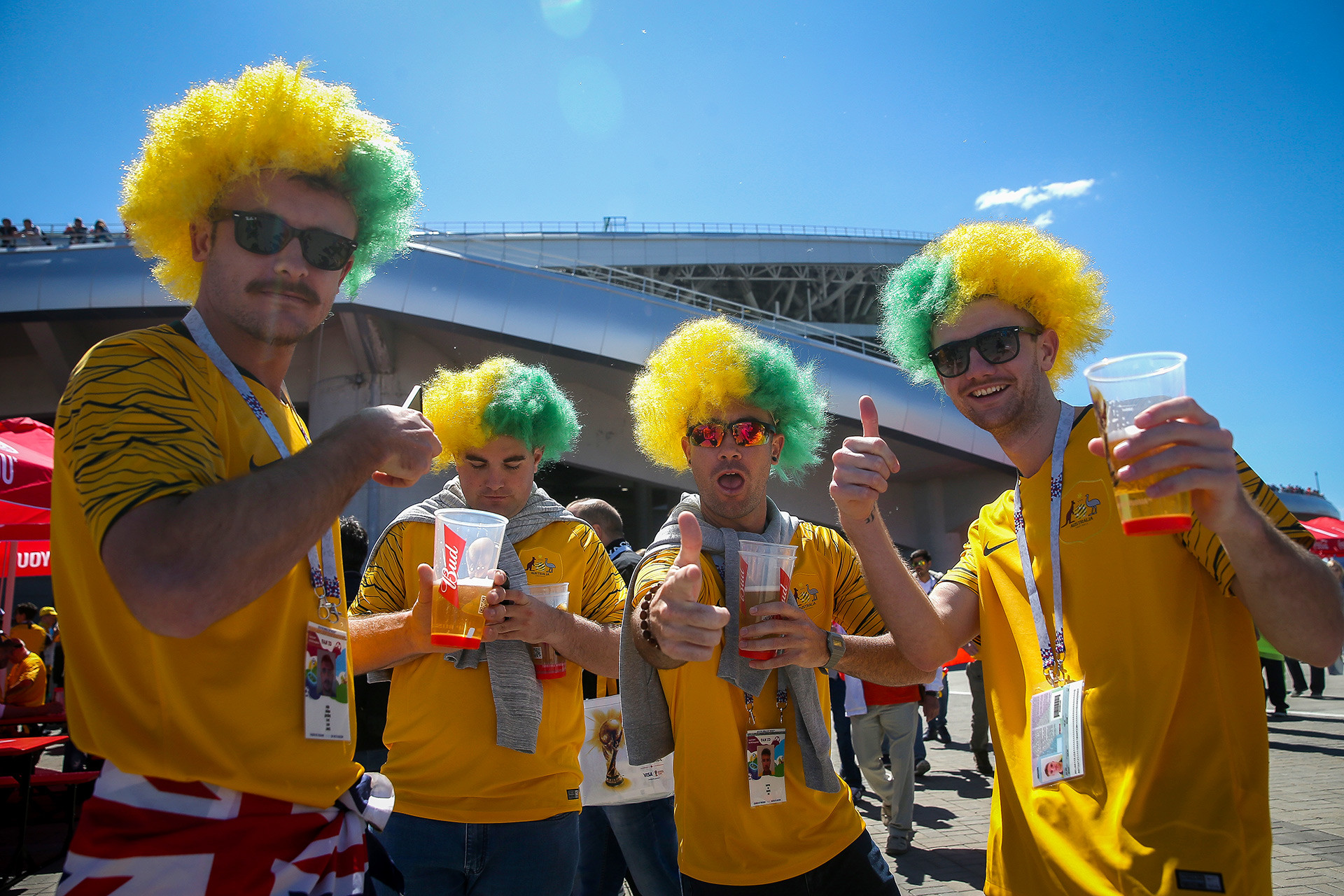 Experts stress that hosting large international events such as the World Cup are first and foremost an excellent PR strategy and not an economic policy move. What if we consider the $4.1 billion spent on stadiums to be an investment into creating a global PR campaign for Russia? In this case spending so much on a football tournament is worth it.

Today, one can see a sort of déjà vu, notes Vladimir Rojankovski, an investment analyst at the Moscow Financial Center. Some 30 years ago, after the fall of the Soviet Union, western pilgrims began discovering Russia as a state, as a culture and as an economy. Today, we see something similar happen.

“Many reputable newspapers and TV channels began picturing Russia as a ‘surprisingly’ lively and friendly country, and one can be certain that it will act as a magnet for post-event tourism influx,” said Rojankovski. “We expect those who will be eager to see ‘Russia’s new normal,’ those who don’t rely on ‘fake news’ and want to get real proof that Russia is indeed a “normal country.

Given this, one can easily qualify any and every international event of this scale in Russia as a great investment.

Not convinced? Just take a look at the latest tourist experiences from World Cup events in Russia.

Correction: Previously the article stated that the World Cup event in Russia was the most expensive in history given that Brazil had spent $11.6 billion on hosting the World Cup in 2014. Yet, according to fifa.com, the sum that was spent totaled as much as $15 billion surpassing Russia's estimated expenditures to date.