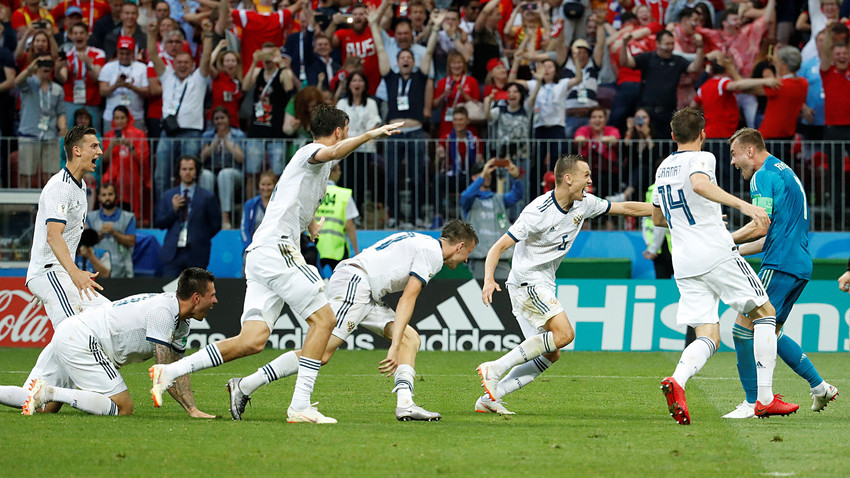 July 1, 2018 Russia players celebrate after Spain's Iago Aspas (not pictured) missed his penalty during the shootout

Reuters
Russia’s football team is not only exceeding expectations, it’s also cashing in. The media reports that so far, it has earned $16 million from FIFA.

Each team that booked a ticket to Russia after qualifying gets a cool $8 million, while the nations that win a place in the next round bank a further $4 million. And another $4 million is up for grabs in the quarterfinals. All the dosh is transferred to each country’s football union, who decide how to splash the cash.

Russia’s Football Union (RFS) will fork out $8 million to write off the costs incurred during the team’s preparations for the World Cup, while the remaining $8 million will be divided between the RFS, players, coaches, and other staff.

But it gets better. Whichever team wins the tournament will pocket a cool $38 million. Second place receives $28 million, third place gets $24 million, while fourth goes home with $22 million.