Who are the Russians cashing in from the World Cup? 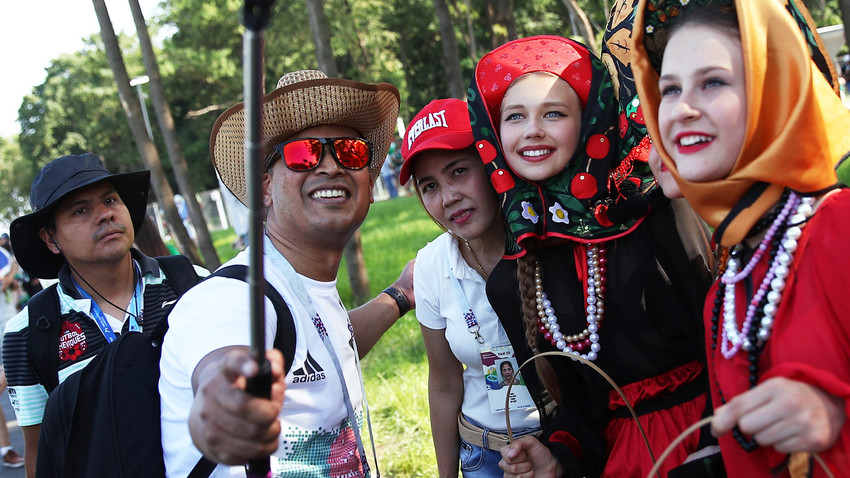 The greatest football tournament on the planet opens many opportunities for entrepreneurial-minded locals dead set on earning some easy cash. While crowds of fans roam around Moscow and the 10 other World Cup cities, Russians are busy offering a variety of services to cater to guests’ needs: Everything from transportation to face paint. 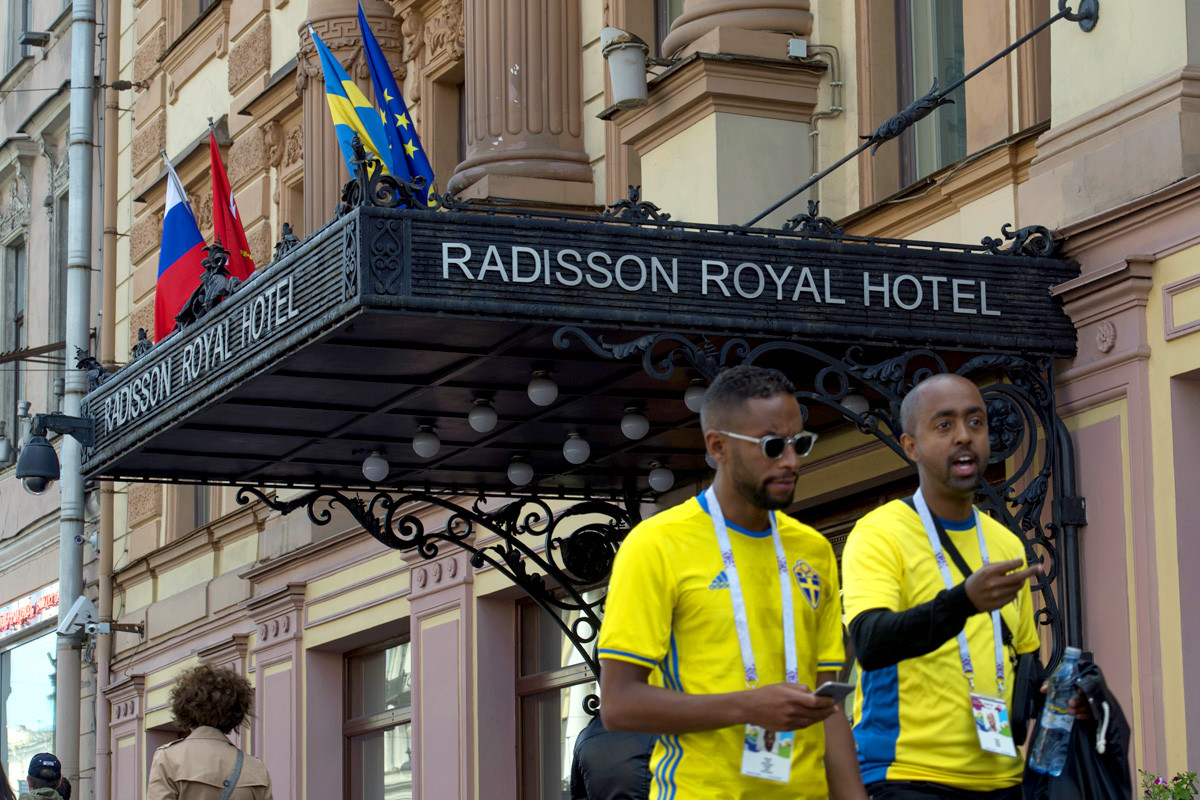 With thousands of tourists arriving in Russia at once, many predicted a growth in demand for accommodation and public catering businesses. No surprises here – it turned out to be true.

According to reports, the revenues of Moscow’s hotels and restaurants have already increased by around 15 percent during the first week of the championship. There were 700 cases of overpricing in hotels that the authorities have found out about but this hasn’t stopped some locals offering their apartments for wild prices.

High demand has also led to a spike in taxi rates. According to reports (in Russian), in Moscow the prices have shot up by two to three times and in St. Petersburg residents were shocked with a 2,096 rubles ($33) rate for an eight-minute ride which normally costs 100 rubles ($1.5). One Russian even tried  (link in Russian)to stand up for a group of foreigners who were asked by a taxi driver to pay 6,565 rubles ($103) for what should have been a 500-ruble ($8) ride in Moscow – needless to say a fight ensued. 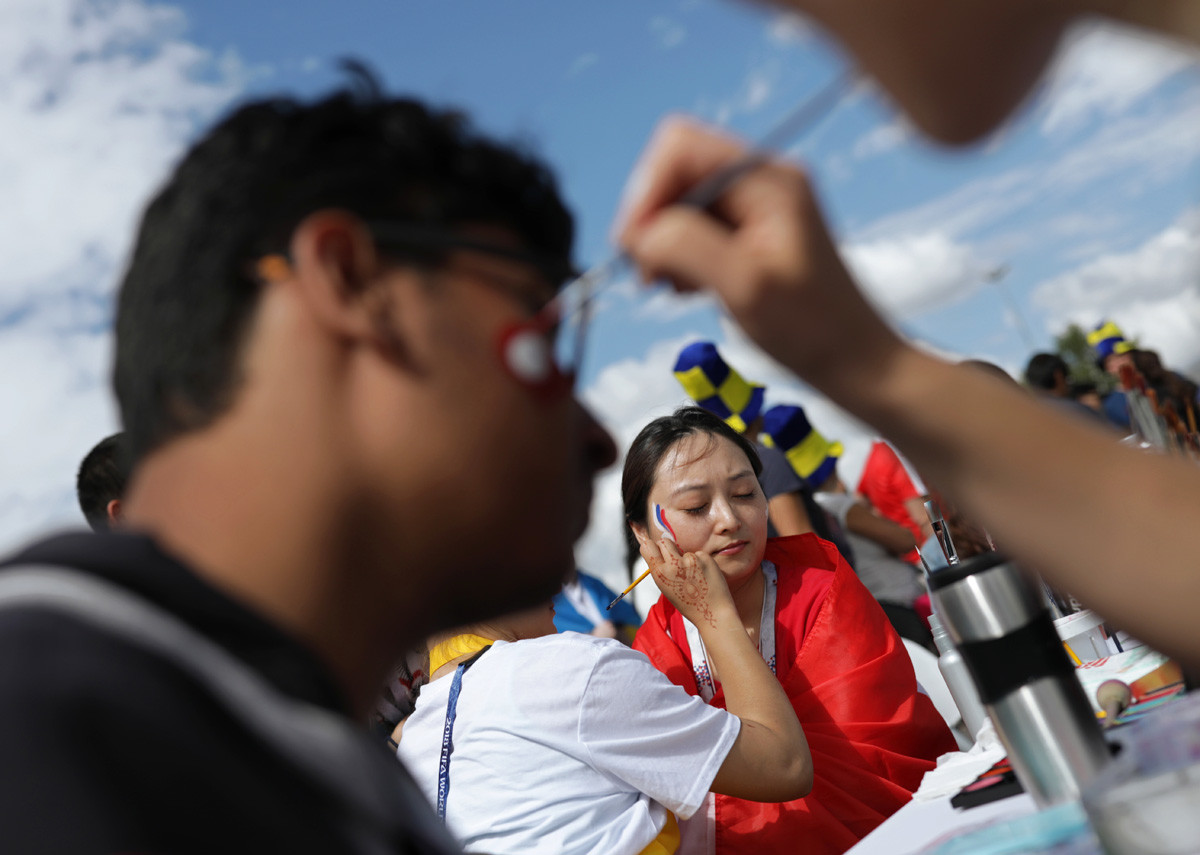 The crowds of fans also attract dozens of enthusiasts who cater to their needs. Beer, souvenirs, music, street food – you don’t need to go the shop, the vendor will come to you.

Face paint artists are also everywhere. Want a flag of your country or something else? Artists will do it right there on the spot, for 100 rubles ($1.5) or more, depending on how tricky your idea is it to paint. “This is our first business,” says (in Russian) 17-year old Andrei who does face paint on Nikolskaya with his friend Timofei. “When we turn 18 we’d like to open a shisha bar, because it’s profitable.” Their daily income is 8,000 rubles ($126). 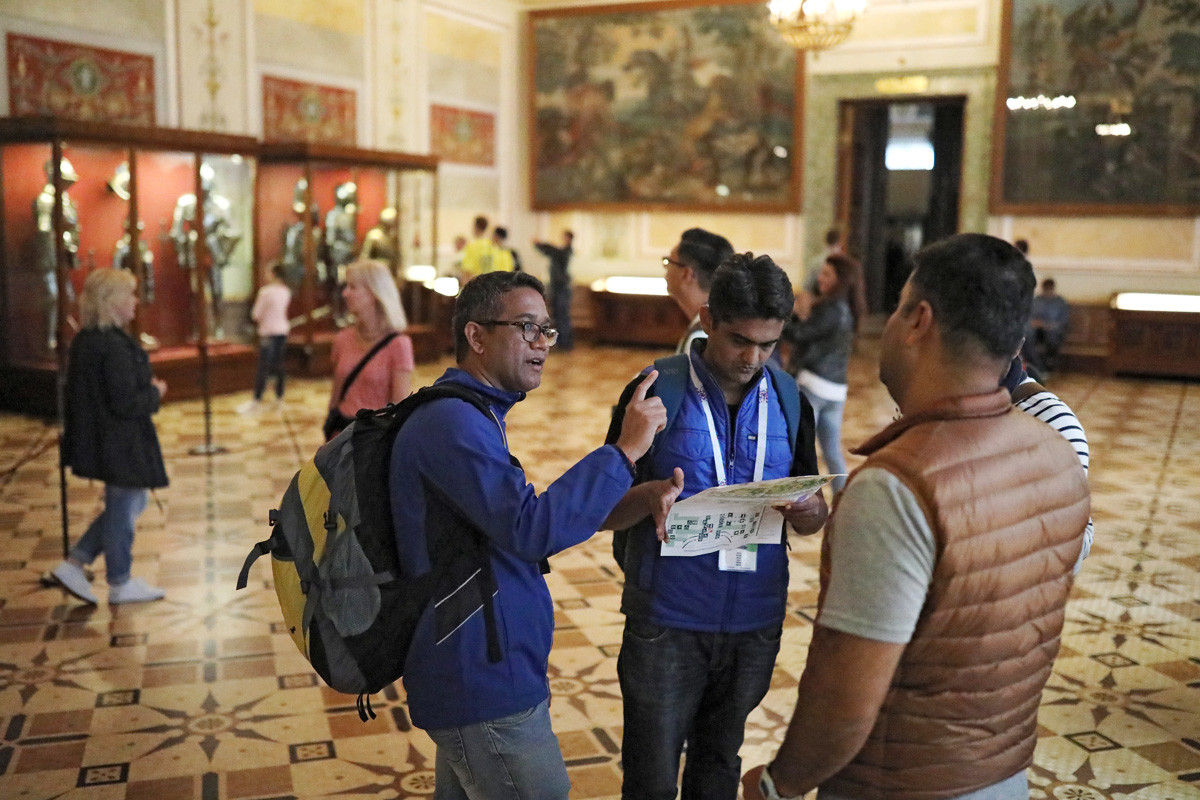 “Translations during the World Cup 2018. All languages. Meet-up and transfer of guests,” reads one of the many ads on the Avito website offering translation and private guide service for 1,000 rubles ($16) on average. And this is not as high as it can get.

Yevgeny from Moscow says (in Russian) he offered his services as a personal guide and driver of an expensive car around the city to a wealthy football fan. All for 40,000 rubles ($632) a day – and even this is not the maximum. “Women also offer such services  - no, not escorts, just attractive women. But their rates are higher than mine,” Yevgeny said.

And this is only part of the picture: Illegal ticket resellers, sport betting agents, and various speculators are there too, but unfortunately no FIFA host country can completely eradicate these things in advance.

The heart-warming fact, however, is that the number of those striving to make the championship in Russia a memorable experience for foreigners is way larger. Just take Yuri Belov, 72, from the town of Zlatoust in Russia’s Chelyabinsk region  – he knits souvenirs for football fans every day. He’s already made dozens of scarfs, hats, and toys with FIFA symbols and gifted them to foreign fans on Nikolskaya. All for free, to remember their visit to Russia.