How expats relocate to Russia during the pandemic despite all restrictions 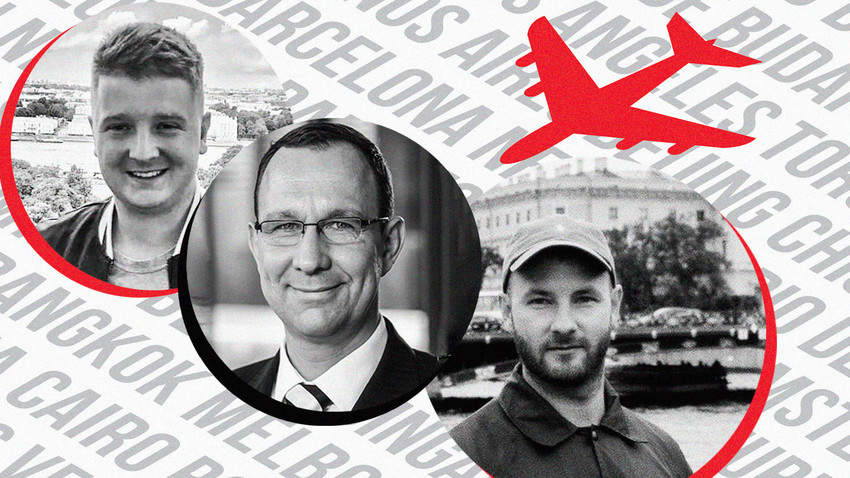 Despite the closed borders and restrictions on movement linked to the coronavirus pandemic, foreign specialists still come to work in Russia and their number has even increased.

According to Intermark relocation agency, which helps expats in Russia, in the first half of 2021, about 21,000 work permits for highly qualified specialists were issued, compared to 7,000 permits for the same period in 2020. In the first half of the “pre-pandemic” 2019, 16,000 permits were issued, so the number has even increased. Intermark explains this phenomenon with the “unrealized” permits of 2020 issued only now. 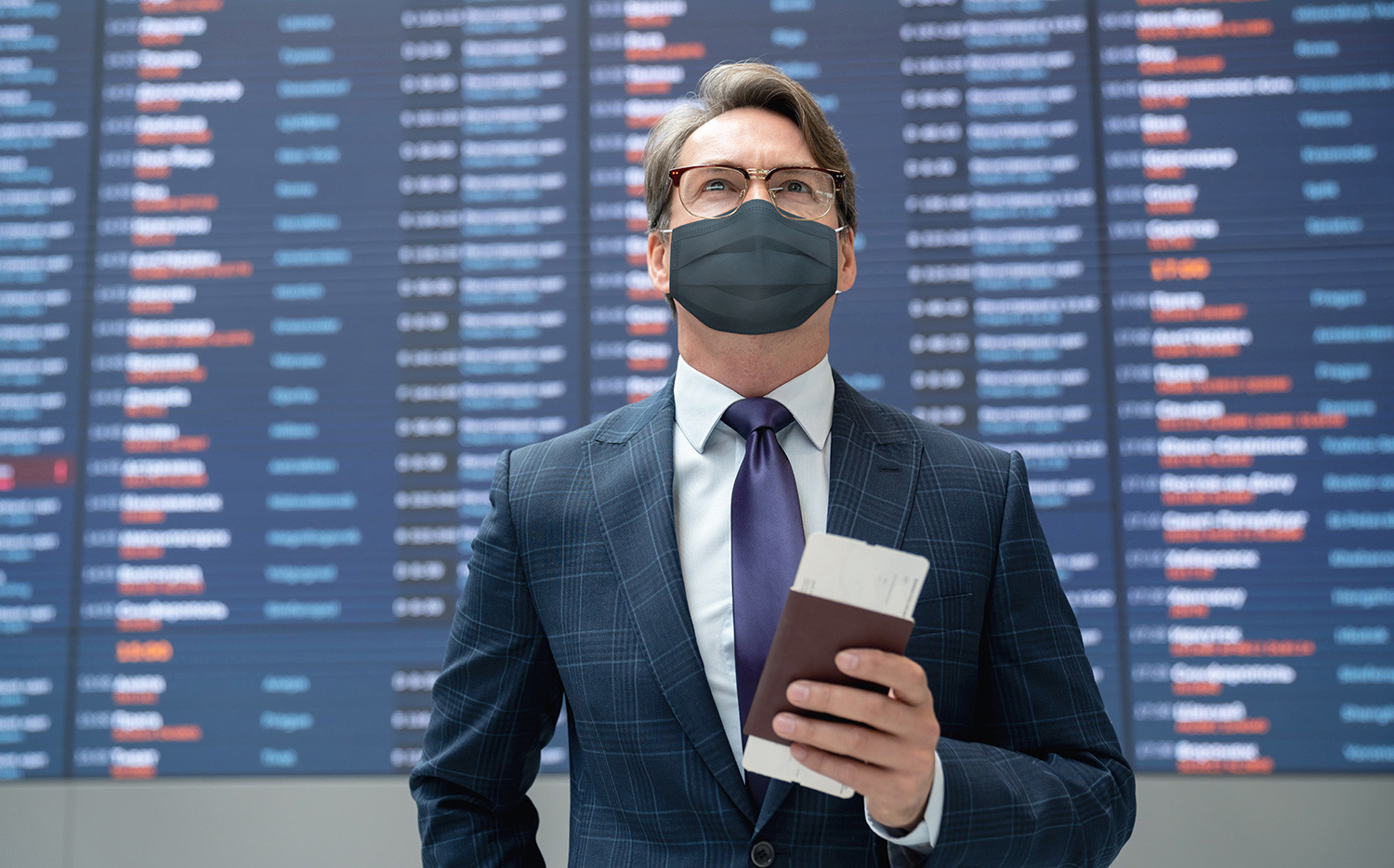 The country of origin of these specialists, however, has not changed for quite a long time: in first place is France, then Italy, Germany, Japan, Norway, the U.S. and the UK. Interestingly, expats are now not only moving to big cities like Moscow, St. Petersburg and Yekaterinburg, but also to smaller, regional cities, where plants or branches are located.

Most often, expats are invited to work in Russia by international FMCG and IT companies. We talked to expats who came to Russia during this turbulent time for the whole world - and despite the difficulties with moving, none of them regretted their decision.

“It was a very special experience: because of the pandemic, I was hired online and worked for several months online, until physically coming from Germany to Moscow in March this year,”  says Georg Wiessmeier. In mid-September 2020, he joined the SIBUR petrochemical company as head of R&D and Innovation. A chemical engineer by education, during his 25 years of industrial career, he used to work in large multinational companies in Germany, Belgium and even Japan, but admits that he wanted to come and work in Russia since he was a student.

“My interest in Russia was created more than 30 years ago, when it was still the Soviet Union. Despite living in Western Germany, I learned Russian at school as a third language (voluntarily) and remember how we read rather difficult texts and discussed Russian literature, culture and geography. I had already arranged an exchange program with a research institute in Kiev, former USSR, also taking care of a Professor of Math from Akademgorodok during my time as student at the Karlsruhe Institute of Technology. However, the country (Ukraine) broke away, and my plans did not materialize,” he says.

Now, he is trying to fill in the gaps in the Russian language: “For business communication, I usually have a translator, but most documentation is in Russian and I need to study it again for work.” However, he doesn’t have enough time for full-time classes yet: among other topics, Georg is engaged in the introduction of new technologies that would help make production more environmentally-friendly and also supports students’ “green” start-up initiatives. “We need to think about and act in chemical recycling and how to avoid CO2: this is one of my agenda points for the R&D and Innovation program at SIBUR,” he said. “The international problem is that recycling materials mostly are more expensive and consumers are not yet ready to pay a premium on them. That’s why I think that we need to think along the entire value chain, beginning with a recycle friendly product design, smart and longer use of materials, establish waste separation and collection and also educate consumers to act responsible using all this properly.” Since his team and cooperation partners are located in different regions in the country, Georg is often on the road: Tobolsk, Tomsk, Voronezh, Nizhnekamsk, Perm, Krasnoyarsk, Novosibirsk - and, according to him, he also wants to travel across Russia as a tourist.

Now, with Sibur’s support, he’s managed to get a visa for his wife and invitations for his four children, who are all attending universities in Europe. “I thought that I’d travel between Russia and Germany to see my family at least once every two weeks, but now, it’s hard, because Germany does not approve Russian vaccines and Russia doesn’t accept EU vaccines. Getting home is not easy - he was fully vaccinated with Sputnik V, taking advantage of early and good access to the vaccine in Russia, but, at home, quarantine awaits him. “We have to follow the rules, because pandemic is a global thing,” he remarks philosophically, adding that he is glad to at least be able to go to restaurants and public places in Moscow without tests or QR codes, but still being very careful and following the rules to stay healthy to enjoy life here.

Luke Cornforth from the UK

The portrait of an expat in Russia has changed in recent times: the number of specialists aged 25-35 has increased and companies invite not only top managers, but also middle-level employees and interns. Luke, 23, works at EM PR Agency: he started at the end of 2020 as an intern and has now become a PR manager.

At university, he studied Russian and Arabic and spent six months in St. Petersburg as part of the course. “I really enjoyed it and when I came back to the UK, I started to look for opportunities to visit Russia again,” he said. At first, he worked as an English teacher and then received an invitation to do an internship with EM and moved to Moscow.

A couple of months ago, Luke travelled to his homeland and was forced to quarantine twice for two weeks: When he entered the UK, before being vaccinated there, and when he entered Russia. He plans to stay here for at least three years, while his visa is valid. And maybe even longer.

“Most of my colleagues are Russians, but there are also people from over the world: New York, London, Beijing, Vienna and more. Clients are also both Russian and international.”

Luke has already visited Vyborg, Kazan, Volgograd, Astrakhan and Dagestan and he especially liked the mountains.

He says he is always happy to talk to Russians, but in a big group of people, when everyone is talking in a hurry, it can get a little tricky for him.

Nevertheless, Luke says that foreigners should not be put off coming to Russia, even if they don’t know Russian. “I definitely recommend going to Moscow or Petersburg: both cities are very friendly, a lot of people speak English and even if you don’t know Russian, you can make friends with locals.”

Ryan Malone from the UK

“I spent the whole lockdown in Moscow alone and worked remotely,” says Ryan. “I returned to the office only at the beginning of April 2021.” The 29-year-old specialist from the UK studied Russian language and literature at Cambridge; he spent 9 months in Moscow in 2014 and really wanted to return. Despite his philological education, he was very interested in the banking sector and, for a year and a half, worked at the London branch of VTB Capital, a Russian financial company. At the beginning of 2020, he finally moved to their Moscow office. He is the only foreigner in the Russian office and often helps colleagues check papers in English. Ryan himself speaks fluent Russian, although he admits that some official documents can be difficult for him to understand. “In January, I visited my parents in South Africa and was stuck in Cape Town for four months due to new restrictions. As a result, I met Russians there, who explained what to do to return to Moscow, as it was quite difficult to figure out,” he says.

During his time in Russia, Ryan has traveled around the Golden Ring, to the Black Sea coast, and to St. Petersburg, but he says that he would like to live in Moscow in the future. “Moscow is one of the best cities in the world, I have fallen in love with it,” he says. He lovingly compares Russians to eggs: they are hard as flint on the outside, but with kindness and tenderness inside.

“I think to live in Russia, you need to understand at least spoken Russian. You understand more, communicate more easily and don’t shut yourself off from others. Russians also really like it when you try to speak their language.”