Why Russian beauty services are conquering the West 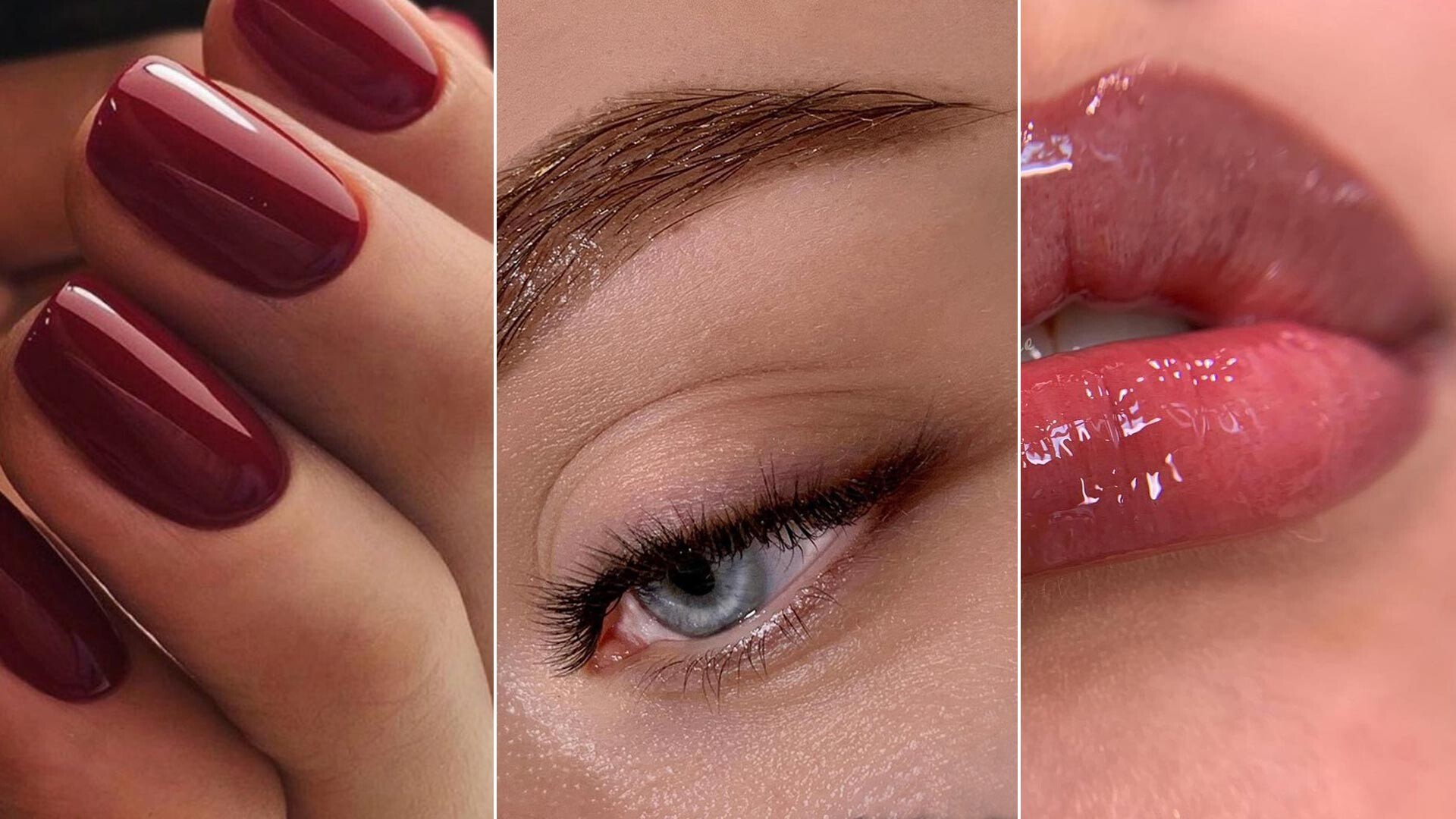 @vernissageparis, @kruchinina.pro, @dinamake_up
More and more foreign women are going to salons for a “Russian” manicure, hyaluronic lip filling and eyebrow lamination from Russian beauty specialists. Why the soaring demand?

“It’s already been a month and this shows how amazing it is! My gel nails normally slide off after two weeks, but these girls know their stuff!” Popular blogger Lia Yoo in New York writes on Instagram Stories to her 268,000 followers.

Another blogger, Nathalia Kihara from Italy, with 605,000 followers, shows off her new eyebrows, also on Stories.

Both are singing the praises of the Russian beauty salon, Nail.Manhattan, in New York that employs specialists from Russia. The salon’s own Instagram account boasts more than a hundred enthusiastic reviews from both Russian-speaking and English-speaking clientele. 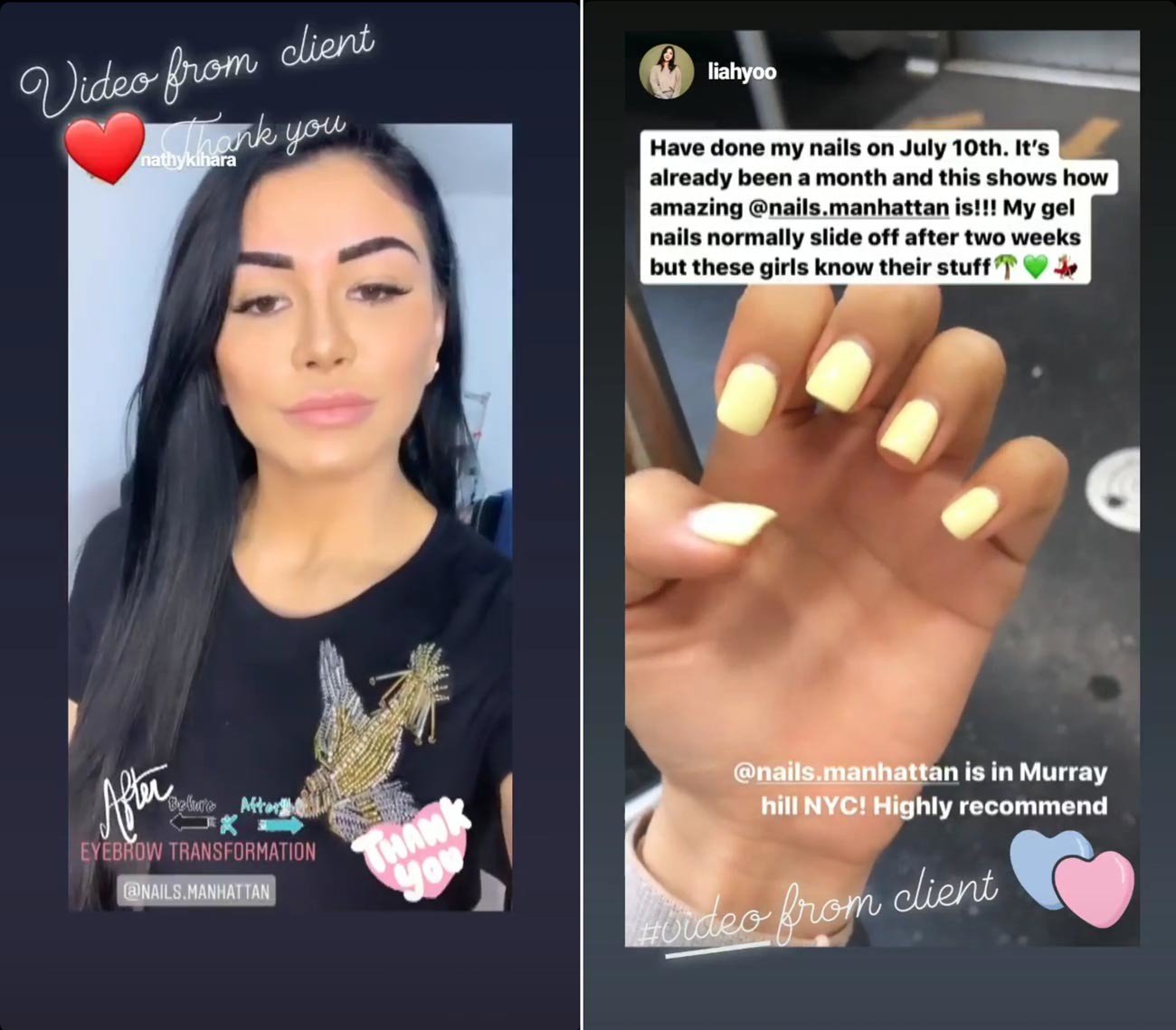 “At the moment, 60% of our clients are English speakers and not only women. Men also appreciate the quality of our work. Every year the trust of American clients only grows,” says Arina Kanarski, owner of Nail.Manhattan.

According to her and other beauty salon owners in the U.S. and Europe, manicures, eyebrow procedures and hairstyles by Russian specialists are rapidly catching on in the West. The hashtags #russianmanicure and #russianbeauty have gained more than a billion views in total on TikTok and Instagram and the glossy magazine Allure has reported that Russian cosmetics could soon replace Korean skincare products as the world’s most popular. And it’s all down to the special “Russian” technique.

Arina opened a nail salon in New York in 2017. Initially, the salon was popular with Russian clients, but thanks to word of mouth and advertising on social networks, more and more Americans began to learn about the procedure, which became known as “Russian manicure”. Since the procedure is not taught in the U.S., it is insanely hard to find local specialists, says Arina.

“In the U.S., they don’t use cutting implements to treat the cuticles. They just push them back, so the manicure looks and feels sloppy. The ‘Russian manicure’ involves a technique for treating the cuticles without cutting tools,” explains Arina.

What’s more, American women are used to spending 15–30 minutes on a quick manicure or pedicure, while Russian women are ready to spend several hours on treatment. The “Russian manicure” procedure lasts up to two hours. However, clients who have tried it are willing to spend even longer in the chair.

“Russian specialists take care of every detail and are very attentive to the process. I don’t mind an extra hour or two to get a good manicure or pedicure that lasts a month or even longer,” admits Julia, a client of the salon.

Russian nail studios are also popular in Europe, says Faina Khutova Basmante, founder of Vernissage salon in Paris. She hires specialists only from Russia and the CIS, where they study manicure and pedicure as separate disciplines; while French schools and courses teach everything together without in-depth study.

“There are still French women who ask only for nail varnishing without a manicure. We show them the procedure and even our basic treatment makes them go ‘Wow!’ They come back for the quality service we provide,” Khutova explains.

Oksana, a Russian guide working in France, also goes only to Russian manicure specialists; as for hair dyeing and styling, she travels specially to Moscow, about twice a year.

“French and European women don’t bother so much with manicures, let alone shellac nails, and, in general, they look less well-groomed. Perhaps it’s because beauty services are quite expensive here, for example, hair dyeing can cost upwards of 200 euros. In Russia, the prices are a lot lower, so it’s better for me to do some treatments back home,” Oksana says.

“The second most popular service in the U.S. is eyebrow and eyelash tinting and lamination,” says Daria Kruchinina, an eyebrow specialist and owner of a beauty salon in Williamsburg, New York.

“In the U.S., the beauty industry is like fast food – cheap, quick and generally low-quality. Fortunately, with the emergence of a large Russian-speaking community in New York, American women have become more aware of how they look. They recognize that Russian women are among the most beautiful in the world and this triggers demand for Russian beauty services. Clients visit our salon for a taste of Russian beauty and impeccable service,” explains Daria.

First of all, the Russian service includes a consultation, during which the specialist assesses the condition of the client’s hair and the desired result. At the same time, the specialist advises on further eyebrow care, gives out small items, such as grooming kits and, if necessary, provides online consultations, even at night – something that American salons rarely do.

Kruchinina also notes that not all local beauty industry employees know how to do eyebrow lamination properly and she often has to correct the mistakes of other practitioners.

“There were seven or eight times in the past six months when another salon started offering lamination and all its clients came to me with burnt, curled or ginger eyebrows. The consequences were just disastrous,” Kruchinina shares her experience.

Dina Cherepko, another eyebrow specialist working in Brooklyn, believes that the shortage of local expertise is down to the lack of quality training. In her view, local courses, as in France, teach all services at once, without a firm grounding in any of them.

Also, despite the popularity of Hollywood stars and beauty bloggers, the Russian beauty industry is 5–7 years ahead of the American. In Russia, trends unfold much quicker, believes Dina.

“Many American women still like to do bright, garish makeup and microblading [manual eyebrow tattooing with a scalpel, which can cause scarring], while Russian specialists have long abandoned this procedure. We strive for naturalness, so that the face doesn’t look like a layer cake. This always surprises new clients; but now Hispanic, Asian and American women come to us for natural beauty,” explains Cherepko.

The services of licensed Russian cosmetologists with medical training are gaining popularity in the U.S. Not only is the so-called “Russian lips” technique – injections of hyaluronic acid to create Barbie-doll lips – in demand, but skin care is also. Holistic cosmetologist Anastasia Vashchuk has 13 years of experience in the field. Clients jokingly refer to her as a “dermatological detective”.

Read more: Women all over the world are having ‘Russian lips’ done

“I tell each client what tests to have and what samples to give; then, I carefully piece together their medical history and draw up an individual care plan. We build a simple care system for the client without buying unneeded items,” says Vashchuk.

In her opinion, skin care culture is poorly developed in the U.S., so she often has to “save” clients from an ignorance of their own skin and body.

Oksana Aliyeva, 34, a native of Azerbaijan, has been going to Vashchuk since 2018. She is sure that she couldn’t live in the U.S. without Russian beauty salons.

“It’s difficult to find specialists here who take into account not only skin tests but also the client’s budget. Russian specialists are not just popular but indispensable! Without Russian salons, the U.S. would have faced a beauty crisis long ago,” sums up Aliyeva.

From Russia with… beauty!

Given the close association between Russia and high-quality beauty services, it is not surprising that demand for Russian cosmetics is booming outside the country. Maria Karr, a PR expert originally from the Altai Region, launched her own online Russian cosmetics store, Rumore Beauty, in the U.S. in February 2021. Today, 70% of her clients do not speak Russian, she notes.

“Russian cosmetics originate from natural beauty recipes used by our predecessors for more than one generation. For example, berries such as sea buckthorn, black, red, white currants, cloudberries and elderberries, seemingly common in Russia, are rarely found in the U.S., not only in cosmetic products, but also on store shelves,” explains Maria, adding that items containing sea buckthorn, nettle, burdock and sage are very much sought after.