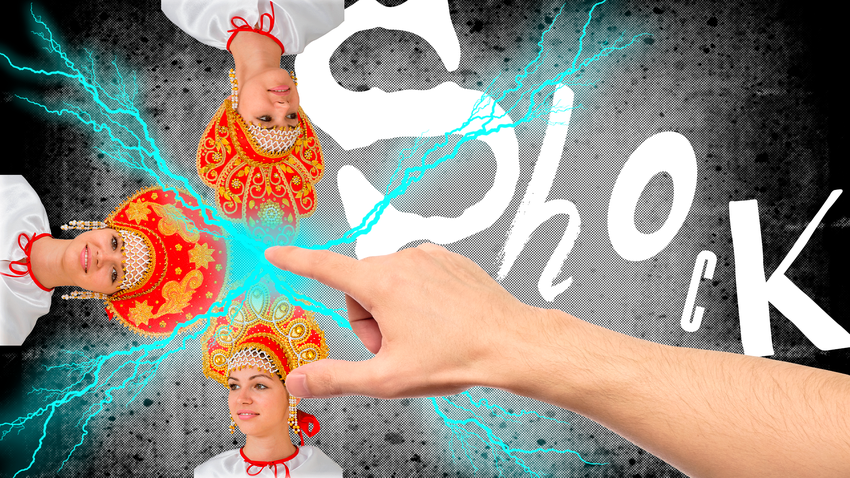 Alexander Kislov
Moving to the country to study can present some serious challenges, but don’t give up. Keep your head held high and follow these tips.

Moving to a new country and having to adapt to a new studying environment is never easy, but doing all this in Russia can be particularly daunting. When it comes to welcoming foreigners, Russia is no Amsterdam.

For most local universities, foreign students are a relatively new concept. As more and more countries around the world are establishing study abroad programs with Russia, universities are becoming increasingly international, but college life remains, for the most part, overwhelmingly Russian.

These are some of the most common culture shock experiences that foreign students face in this seemingly strange country, and some tips on how to overcome them.

Nobody seems to speak English

One of the first culture shocks that every foreigner coming to Russia encounters is how few people speak English. In some universities, even the people working in the international students’ office have very limited English.

If you, like many of the exchange students coming to Russia, have never studied Russian before, or if your knowledge consists of only a few and phrases, the language barrier might be a big challenge for you, but don’t be discouraged by it.

Instead, what you should do is try to find someone, preferably a fellow Russian student, to help you settle in and accompany you to all the important procedures you will have to do upon your arrival.

If you don’t know anyone who would be willing to help you, you should check if your university has an ESN (Erasmus Social Network) branch or a similar student association designed to help international students.

When Li, a Chinese Master’s student in public policy, first came to Moscow, he didn’t know a single word in Russian. After a month, he had picked up some simple words and phrases, but he says that the key is confidence: “It might sound a bit horrible, but when people couldn’t understand me, I would just go ahead and speak English until they either leave me alone or try communicating in English as well.”

If all else fails, just arm yourself with a translation app and practice your gesture explanations – being good at Charades can pay off when you’re a foreigner in Russia.

The Soviet Union was notorious for its nightmarish bureaucratic procedures, from the annoying paperwork to endlessly waiting in line and unfriendly civil servants. This chapter of Russia’s history might have long been closed, but unfortunately, very little has changed in the country’s bureaucratic machine.

In fact, your first couple of weeks in Russia will probably seem like a scavenger hunt, with tasks such as form-filling and back and forth between various university administration and civil service offices, your only prize the honor of having to carry 17 different (small pieces of paper) in your wallet, all vitally important for your survival and legal status in the country.

Daria, a Bulgarian law student studying at Moscow State University “Lomonosov,” has been living in Russia for over five years, but still has trouble with Russian bureaucracy. “There’s just no escaping from it, there’s always some (reference) or some other paperwork to get signed, and it always takes much longer than it should have.

Having to deal with all this might make you want to book the first flight home, but don’t panic, it sounds way scarier than it actually is. The key to having all your documentation in order is to brace yourself with patience, keep close track of deadlines and office opening hours and most importantly, always be early.

One last piece of advice: Once you’ve gotten all your documents straight, don’t lose them, because having them re-issued is guaranteed to be twice as painful.

Russian coldness (no, we’re not talking about the weather)

When people say Russia is a cold country, often they’re not just making a reference to the harsh Siberian climate. Russia has systematically ranked high in the “least friendly countries in the world” indexes, and its people’s apparent coldness is often cited as one of the main deal-breakers.

For Rachel, an American exchange student at Moscow’s Higher School of Economics, this was a big cultural difference. "When I came to Russia I knew to expect that people wouldn't be as warm or chatty as Americans are,” she says. “But the weirdest thing for me was the fact that people never say ‘excuse me’ or apologize when they bump into you on the street.”

Indeed, it would be hard not to notice certain tendencies in your first encounters with Russian students: Nobody says ‘hi’ or smiles at you at the school hallways, nobody makes small talk in class, even at parties people mostly stick to their small friend groups.

“Russians seem cold, undoubtedly, and the stereotypes we have in the West definitely contribute to this image”, says Boris, a French-Serbian studying on exchange in St. Petersburg. While all these stereotypes might seem justified at a first glance, it is nothing but a mere facade. Throughout the country’s turbulent history, the Russian people have been given plenty of reasons to be wary of strangers, which is why they rarely smile or strike up conversations with random people in the street. It’s not that they’re cold or impolite, they just don’t trust foreigners easily.

While this may seem like a difficult environment for a foreigner to make new friends and connections, it is definitely worth the extra effort, both Rachel and Boris affirm. “In a way, breaking the ice is a stimulating challenge, because once you get Russians to open up to you, you have made friends for life,” Boris says.