As hurricanes pummel the U.S., some wonder if Russia has weaponized weather 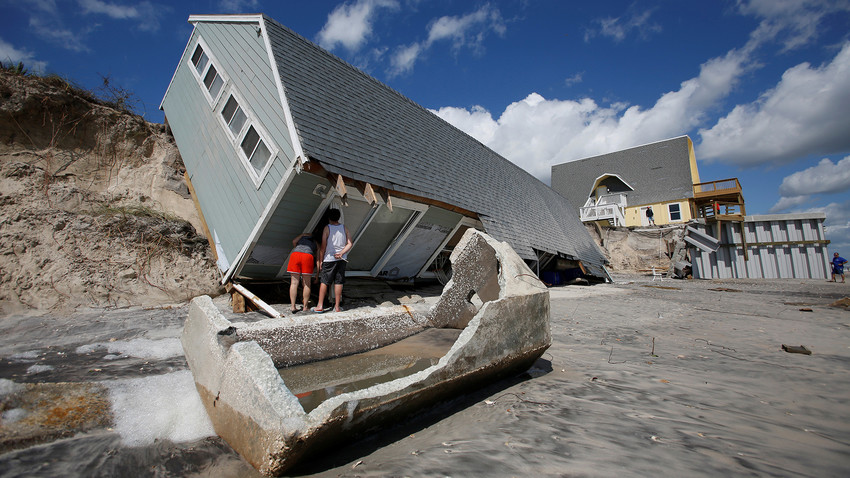 Reuters
“If it seems like it never stops raining, blame the Russians. Or even the North Koreans,” wrote the British newspaper, the Daily Mail. In the past three weeks, two destructive hurricanes have battered the U.S. “Perhaps it’s the Russians again?” some American media speculated. Russia Beyond takes a look at Russia’s efforts to influence the weather.

The subject of manmade catastrophes pops up every time Mother Nature washes or blows away cities. Some conspiracy theorists, for example, believe Russia is responsible for Hurricane Katrina in Louisiana in August 2005, while Washington is to blame for the 30-year drought in Iran; Super storm Sandy was Barack Obama’s baby and Trump is behind Russia’s cold summer in 2017.

There is no reliable information about the Soviet Union or Russia having fully functional climate or weather weapons, but there have been attempts to build them.

One of the first research stations to study the atmosphere’s upper layer, the ionosphere, appeared in the 1950s in Zmiev near Kharkov, now Ukraine. America’s equivalent is the Active Auroral Research Program (HAARP) in Alaska, which is regularly blamed for earthquakes and other cataclysms around the world.

The station was headed by Soviet radio physicist, Semyon Braude, and tests began during the solar eclipse in 1954. The giant 25-meter-diameter parabolic antenna looked impressive and even frightening. The locals thought that the waves it radiated were dangerous for people’s health. With the collapse of the Soviet Union, financing of this expensive project was drastically reduced and soon ceased altogether. 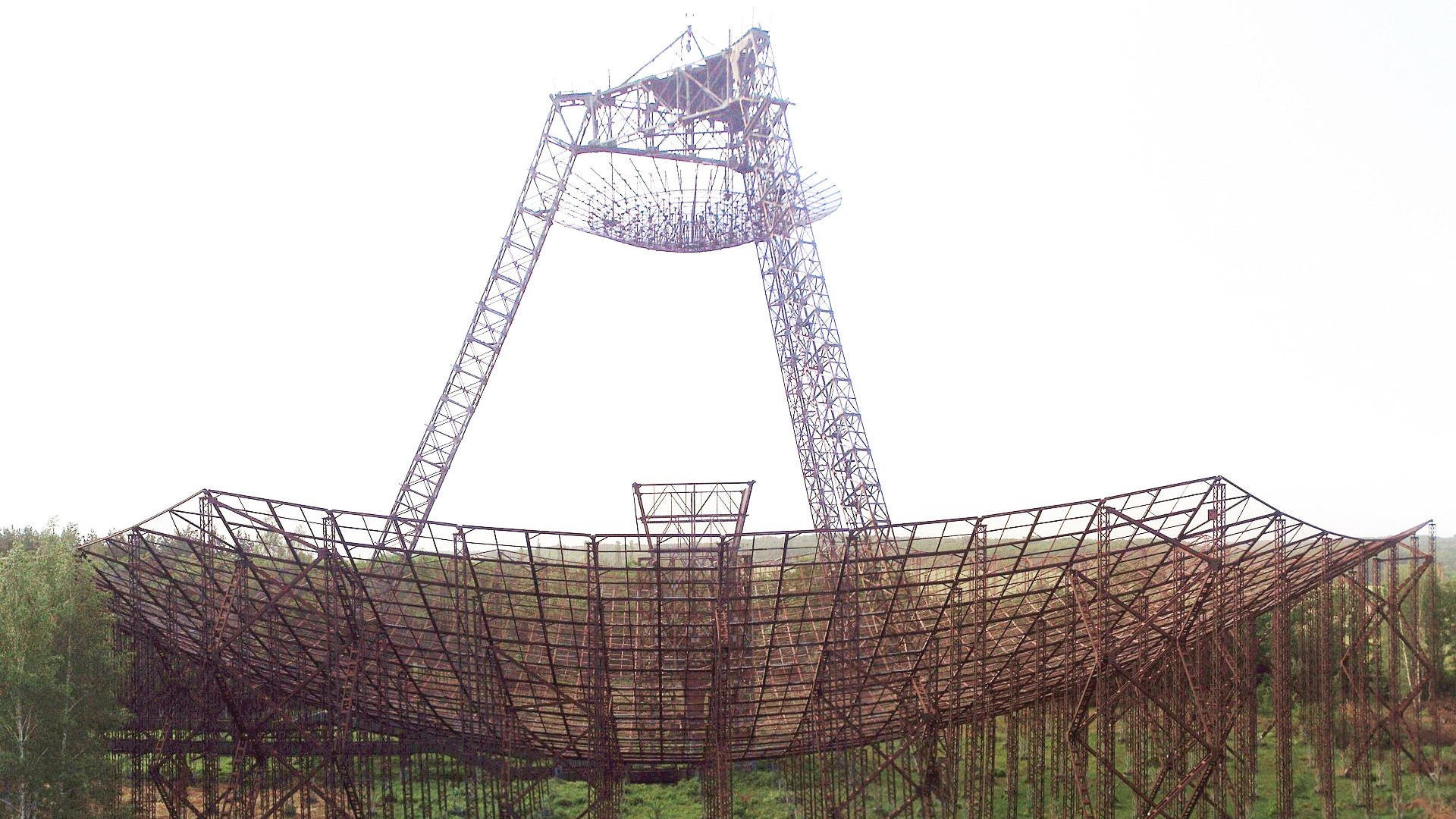 Another story, according to the memoirs of Soviet physicist and 1975 Nobel Laureate, Andrei Sakharov, remains only as a discussion. Judging by the description, it concerned a real project that was called the “Tsunami Bomb” (his memoirs use the term “great product”).

A torpedo containing a thermonuclear weapon would be detonated several hundred miles from enemy ports, which would create a tsunami capable of inundating U.S. coastal areas.

“The idea was based on the feeling of the importance of our work for maintaining balance in the world within the framework of the concept of nuclear deterrence,” the scientist explained about his informal participation in the project, adding that he “had no fear that someone would try to realize these ideas.”

“They’re too fantastic,” too expensive, and “are not very interesting, in general,” Sakharov believed.

During the Cold War, the USSR worked closely with Cuba and Vietnam to influence a typhoon’s trajectory and power. The Il-18 and An-12 planes, equipped to serve as meteorological laboratories, participated in the experiment along with an enormous amount of reagents. 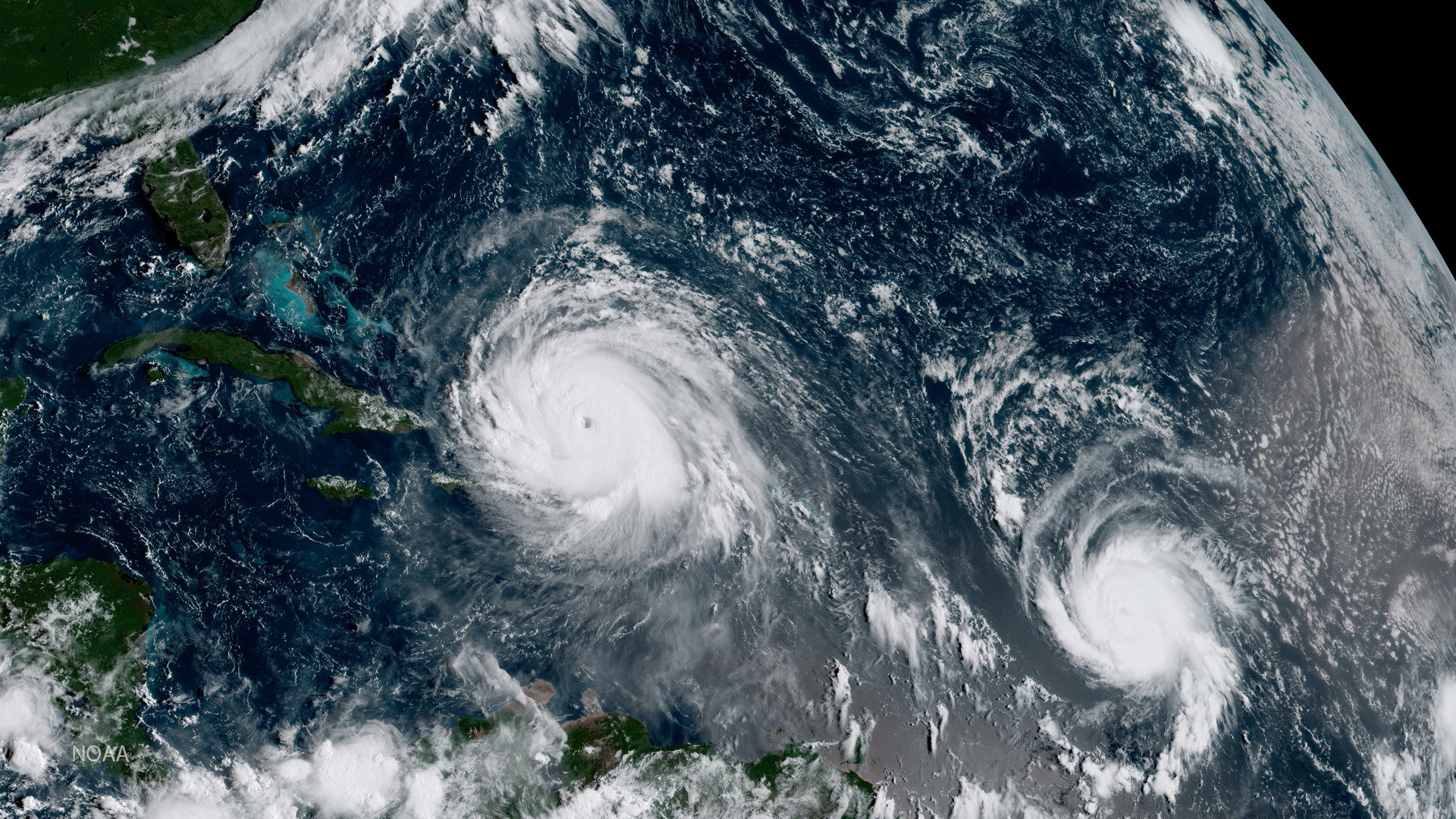 Hurricane Irma (L) and Hurricane Jose are pictured in the Atlantic Ocean in this September 7, 2017

The substances were released in various areas of the typhoon, which is how it was possible to obtain a difference in temperature and pressure, force it to go around in circles or stay in one spot. The problem was that every second the staff had to consider a multitude of factors and their constant flux.

At the end of the another project to study the ionosphere appeared in the USSR. The Sura radio system near Nizhny Novgorod (423 km from Moscow) researched the impact of magnetic storms. A submarine was supposed to launch plasma-source rockets that had of up to 1.5 megawatts at the polar zone (the launch did not take place). Plasma is a barrier for enemy radar and in the it forms something similar to an artificial screen, with which you can control flows.

Sura still functions, but such projects are always very expensive, which is is why the system works about 100 hours a year. One intensive day of work may deprive a launch area of its monthly budget.

Like many countries, Russia knows how to influence the weather, but at a local level. Dispersing clouds to guarantee sunny weather was done in 2016 for Victory Day (May 9), Russia Day (June 12) and City Day (Sept. 10-11), and cost the government a total of 300 million rubles ($5.2 million).

“There was one time in the when experts signed a contract with one Middle Eastern country to present technology for ‘decanting’ the rain. This is the same as dispersing the clouds,’” said Pavel Konstantinov, senior instructor at the Department of Meteorology and Climatology at MSU’s School of Geography. That country got it precipitation, but the neighboring country had a drought. “It led to an international scandal with many lawsuits, which were also filed against Russia.”

Scientists at the Russian Academy of Sciences’ Institute of Physics and Atmosphere also are skeptical of the effectiveness and reliability of such weather technology.

“It is impossible to change the weather in one part of the Earth without simultaneously changing the condition of the atmosphere all around the planet,” said Alexei Eliseyev. Therefore, the concept of climate weapons seems doubtful, at least from the “it’ll everyone” viewpoint.

Russian soldiers to be dressed in Lego-style uniforms