Who did ancient Slavs pray to before Christianity came to Rus’? 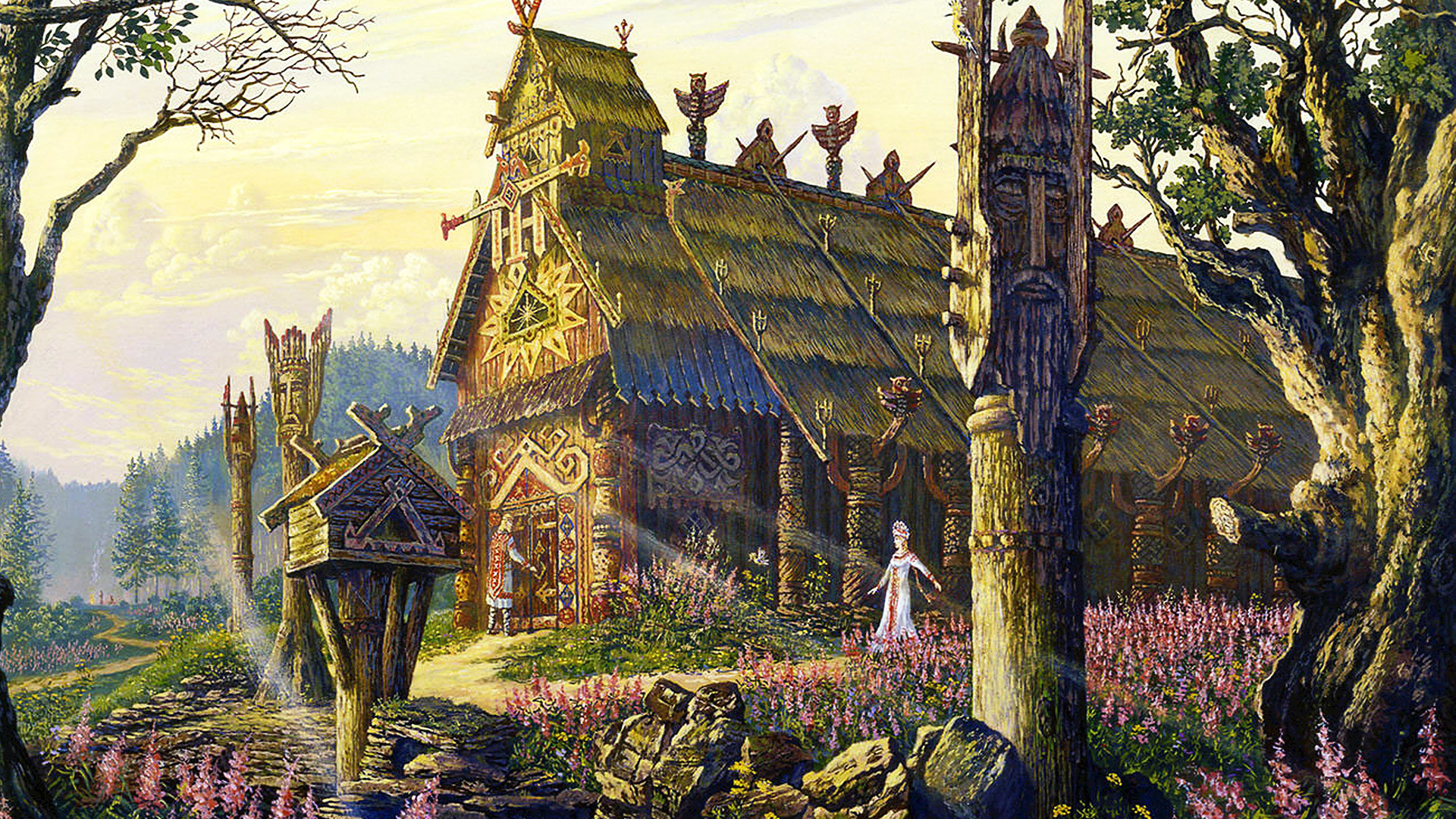 The Temple of a Slavic god. Painting in oil by V.Ivanov

Legion Media
Vladimir the Great baptized his people in 988, converting the country to Orthodox Christianity. Before that, the Slavs worshipped Svarog, Perun, and other ancient gods for centuries - each of which had different powers and was linked to the elements.

When Vladimir the Great, who reigned Kievan Rus’ from 980 – 1015, sent his warriors and Orthodox priests to baptize Novgorod, they took down the wooden idol of Perun - one of the most important gods in Slavic paganism. They dragged the idol through the streets, beating it with sticks before throwing it into the Volkhov River.

The Christians were peddling a symbolic message: “The Orthodox God has won.” His pagan rivals, weak and disgraced, had to go. People were weeping and crying as they saw Perun being beaten. Perun, Svarog, Mokosh, and other gods had been an integral part of their mystical conscience through the ages. So who were the main gods the Slavs worshipped?

Svarog, the father of all 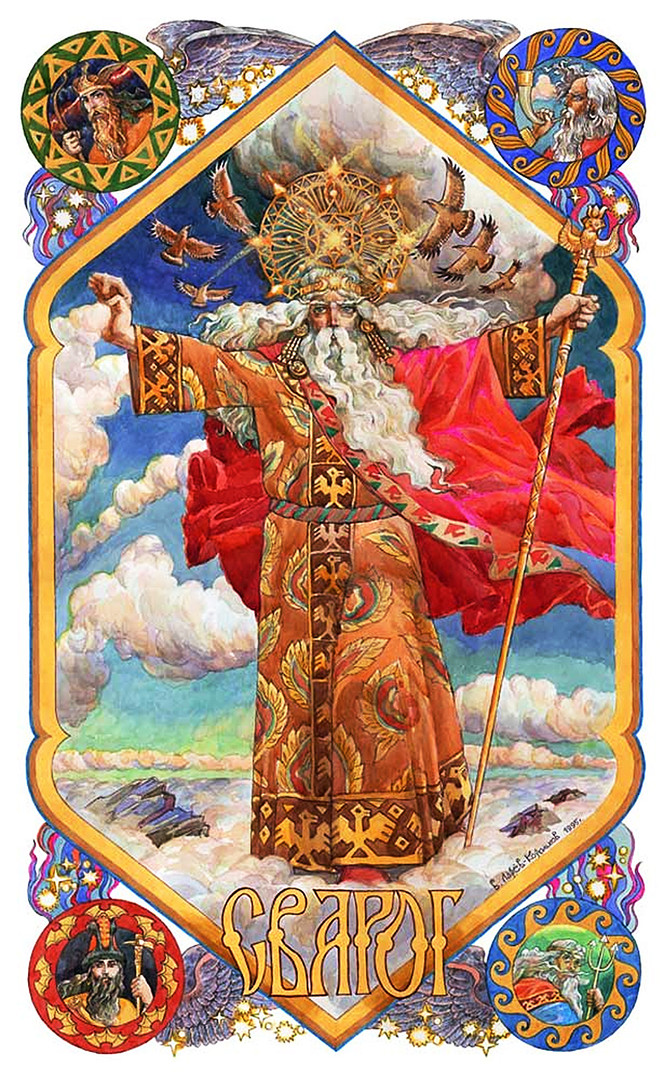 Every pagan pantheon has its demiurge, the god who created the world. The ancient Slavs had Svarog, the deity of the sky who was believed to reign over the universe and give birth to all younger gods.

According to the “New Larousse Encyclopedia of Mythology,”the root of Svarog’s name (svar – bright, clear) related to the Sanskrit language. Svarog was usually depicted as a white-bearded old man, wise and strong. For Slavic peasants the sky could bring both blessings and disaster - so it’s no surprise the god of the azure ruled the world. 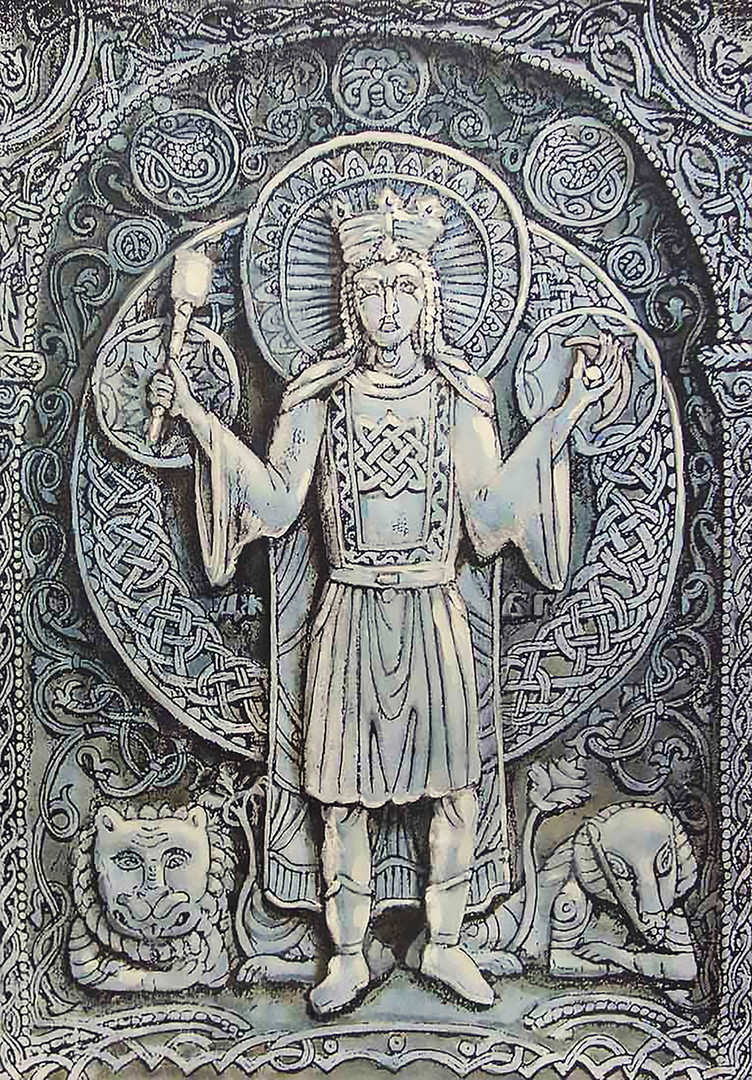 The Slavs lived in an incredibly harsh climate. For this reason they adored Dazhbog, the merciful deity of the Sun who was believed to be Svarog’s offspring.

His name literally meant “the god who gives.” Dazhbog crossed the sky on a chariot pulled by four white horses with golden wings and produced sunlight with a “fire shield.” He was responsible for the land’s fertility, while people proudly called themselves “Dazhbog’s grandchildren.”

Perun, the war and thunder 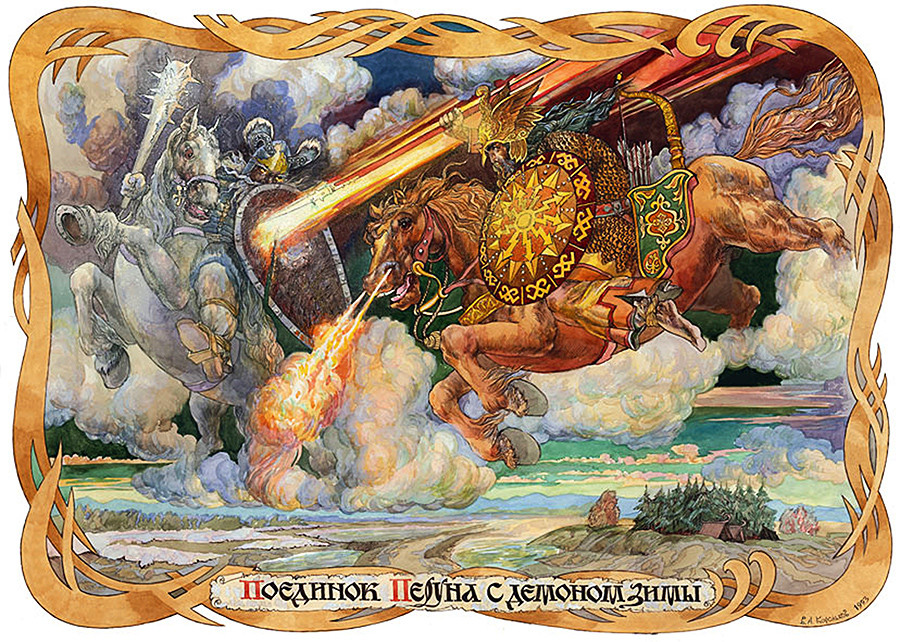 Perhaps the best known of all Slavic gods today, Perun the Thunderer was something close to Greek Zeus and Scandinavian Thor: The deity of storm and war who used lightning as a weapon. People feared Perun’s anger but at the same time admired him and called for his help in times of war.

Depicted as an extremely strong man with a long beard, he was also deeply associated with power. Perun was the supreme god who scared the living daylights out of Slavic princes and their druzhina (closest and most noble warriors).

Veles, ‘the god of cattle’ 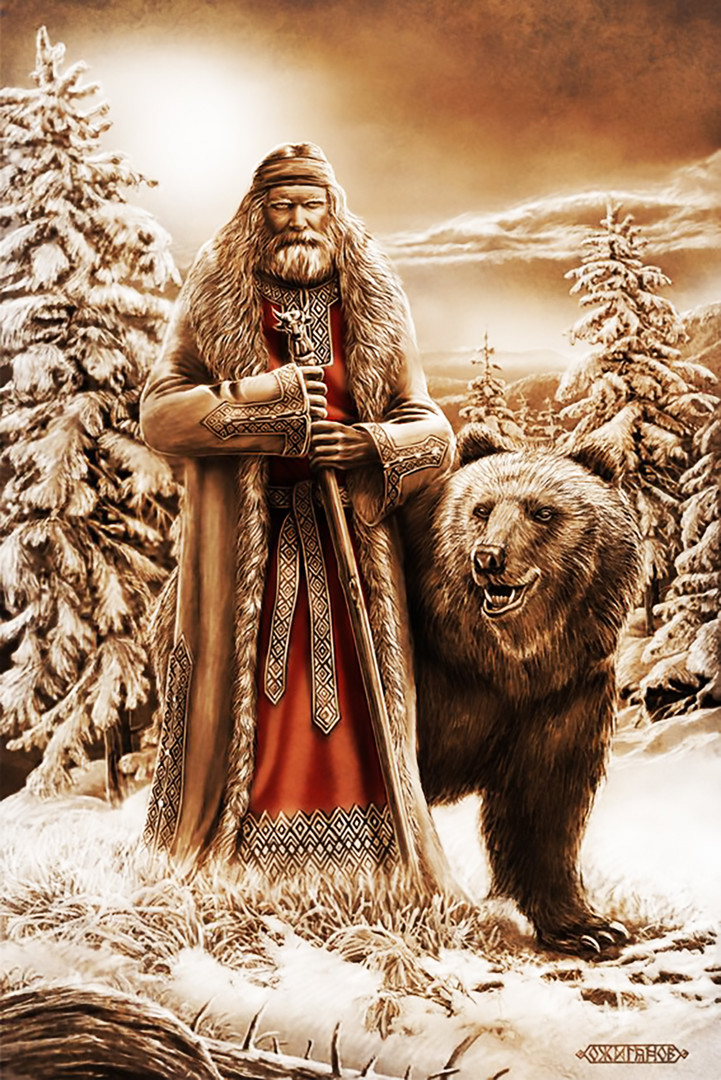 Unlike the above-mentioned gods with their links to the sky, Veles was literally down-to-earth as he controlled the water, forests, soil, and underworld. His image was scruffy: Wooly, hairy, long-bearded - he looked pretty feral and is compared to Greek Pan.

Nevertheless, the Slavs were fond of Veles who was thought to protect cattle and care for animals and plants. If Perun was a god who supported aristocracy, Veles was associated with ordinary people, hunters, and peasants. Perun and Veles often clashed, thus causing the changing of the seasons. 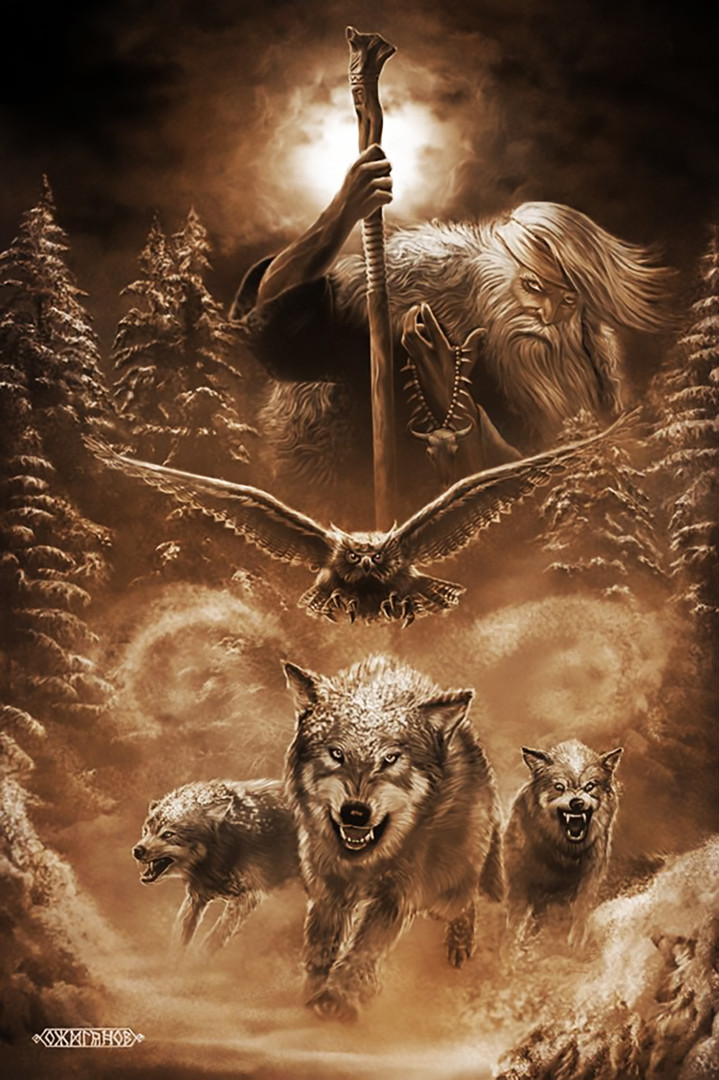 Battles between Perun and Veles were common: These gods, though different, were both part of the eternal order. Unlike them, Chernobog (literally “the Black God”) represented absolute evil in Slavic mythology.

As the ruler of Nav(the Slavic world of the dead), he was behind everything bad, weak, and vile in human nature and he bestowed natural disaster upon the mortal world. He was therefore closer to the Devil in Abrahamic religions than to an ordinary pagan god.

This is quite unusual - maybe for this reason Chernobog often appears in contemporary mass culture, namely in many computer games and in “American Gods” (both Neil Gaiman’s novel and its television adaptation). 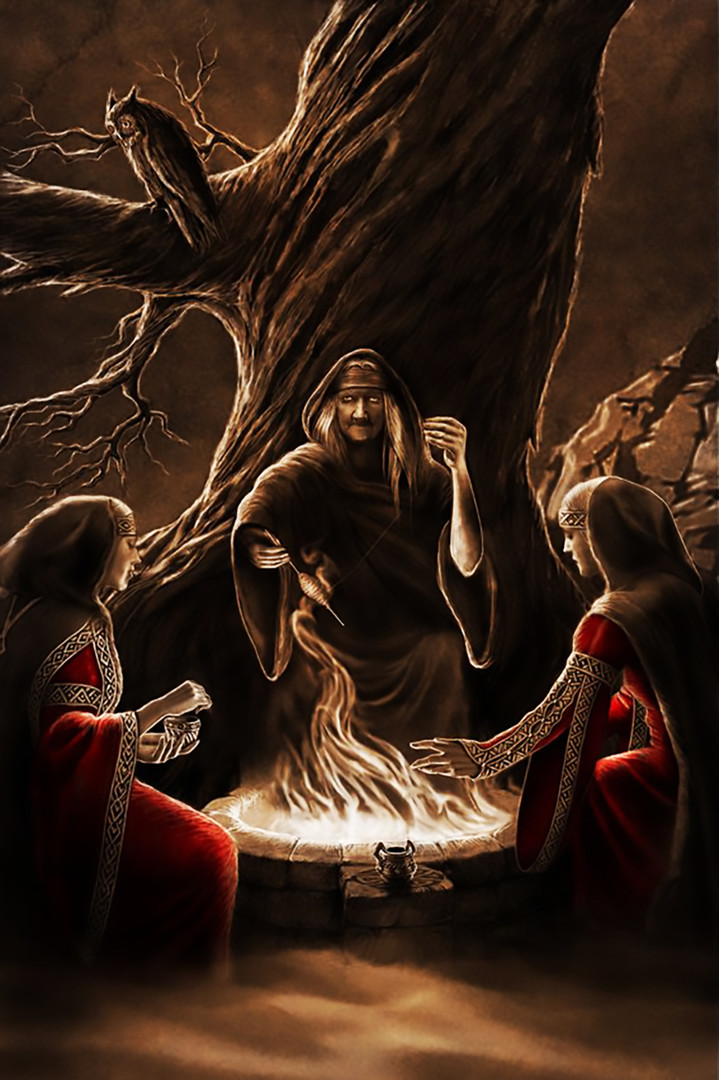 The brutal, patriarchal Slavic pantheon didn’t include many females but Mokosh was one, and was very influential. She controlled the soil and the harvest, while at the same time able to grant people love, prosperity, and wealth. She also punished evildoers. Mokosh was the protector of women and children as well - a role important in every culture, including Slavic.

Read more:
Reanimating Slavic gods: The man who breathes life into deities
Which Russian contemporary artists are on top?
Where the first Russian books were printed
The Romanovs: How the royal dynasty began with a kindhearted teenager who liked flowers
How did opponents view Russian soldiers on the battlefield?