Goldfinger: Where did the communists hide their treasure after the USSR's collapse? 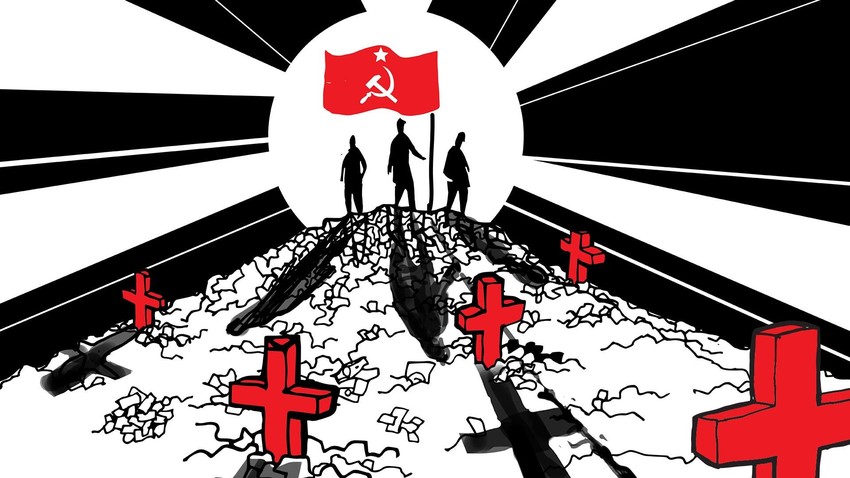 Varvara Grankova
When the Soviet Union collapsed in 1991 there were many rumors about the fate of the Communist Party's “gold reserve.” Some historians and journalists believe that those Party officials who had accumulated enormous sums of money secretly transferred it to foreign bank accounts.

The Communist Party of the Soviet Union (CPSU) was always more than a political party. Enjoying a monopoly on power until the end of the 1980s, the CPSU's upper echelons - the Central Committee and Politburo - existed as a separate state, and many of these officials enjoyed privileges that were not always legal.

In the early 1990s, soon after the Soviet Union had collapsed, several sources claimed that around $10 billion from Party’s treasury had disappeared without a trace, and a majority of Russians were certain that the money had been stolen.

Viktor Mironenko, former head of the Komsomol, the Party’s youth organization, mentioned in an interview that just before the Soviet Union's demise the CPSU had $10 billion on its books.

The sources for such wealth were various, ranging from the monthly dues of ordinary Party members (the CPSU had about 19.5 million members in 1990), and including the state-funded Foundation for the Protection of Peace with its approximate 4.5 billion rubles ($2.6 billion) in cash assets.

It’s hard to tell exactly if Mironenko was right about the amount. Party archives were separate from the government's budget, and only high-ranking officials had access to the data. Answering the question: “Who stole all this money?” Mironenko shrugged: “No idea. Not me.”

Viktor Gerashchenko, the former director of the State Bank of the USSR, confirmed in 2011 that there was a lot of money in the Central Committee’s cash accounts, but all of it mysteriously disappeared in 1991.

The situation certainly looked very suspicious, especially after a series of mysterious deaths. On August 26, 1991, six months before the Soviet Union collapsed, Nikolai Kruchina, the CPSU’s financial manager who was close to Mikhail Gorbachev, fell out of his window and died.

His predecessor, Georgy Pavlov, who had been running the Party’s business for 18 years, followed Kruchina’s fate a month later. The third banker, Dmitry Lisovolik, who headed the American sector of the international department of the Communist Party’s Central Committee and who was also closely involved with cash flows, also fell out of his window several days later.

Despite such strange circumstances, government officials claimed that “the Party’s gold” had never existed in the first place, and of course such claims were met with skepticism by the public. The suspicious deaths, however, still couldn't answer the main question - where did the money go?

Curiosity and a desire for justice were not the main factors motivating Russian leaders to search for “the Party’s gold.” After the new Russia had been born on the ashes of the Soviet Union, it was in desperate need of money. The Communists’ billions could have helped a great deal.

In order to trace the money, Yegor Gaidar, the prime minister in President Boris Yeltsin’s government in 1992, even hired private detectives from Kroll, the world-famous American investigative agency. According to Gaidar’s memoirs, the Russian government stopped searching because the Americans “found no significant information.” In the end, the government never published the report submitted by Kroll.

So what could have happened to the money? According to one version, the possible thieves could have put “the Party’s gold” into secret bank accounts in Hong Kong using their Chinese connections.

In the late 1980s and early 1990s, Hong Kong banks ran many accounts anonymously and didn't cooperate with international investigators about account holders (unlike, for instance, Swiss banks).

Other countries to where the money might have disappeared include Cyprus or Lebanon. If the money didn't indeed go abroad then “the Party’s gold” is long gone, chopped into smaller amounts and sent to dozens of banks across the globe, and probably will never be found.

Every man for himself

Another theory suggests that the money never left Russia. High-ranking party officials, foreseeing the death of socialism, laundered the money in the cooperatives and public-private joint ventures that emerged in the late 1980s, and this led to the creation of the first large concentrations of private capital in the post-Soviet era.

The only thing that's now clear is that we’ll probably never find out what exactly happened to the vast amounts of Communist Party money. Also, most experts agree that it wasn’t an organized conspiracy of old Communists who stole “the Party’s gold” in a carefully-orchestrated heist.

It was every man for himself, grabbing as much as they could as the ship of socialism sank, and in order to secure themselves a privileged position in the new capitalist order.