The death of ‘Spider’: How the U.S. forced Gorbachev to scrap a predecessor of ‘Iskander’ missiles

History
Alexey Timofeychev
Washington pressed Gorbachev hard to get his consent for destroying a unique Soviet missile ‘Oka’ (SS-23 ‘Spider’ in NATO classification) and achieved its goal. Russia managed to fill the apparent security gap only in 20 years, after the development of the “Iskander” missiles.

It’s 30 years since the signing of the first Soviet-U.S. nuclear disarmament treaty that lifted the threat of nuclear holocaust that had hovered over humanity for decades. The groundbreaking INF treaty of December 1987 stipulated the destruction of all Soviet and American intermediate and short-range missiles (with the range 310 to 3,400 miles). 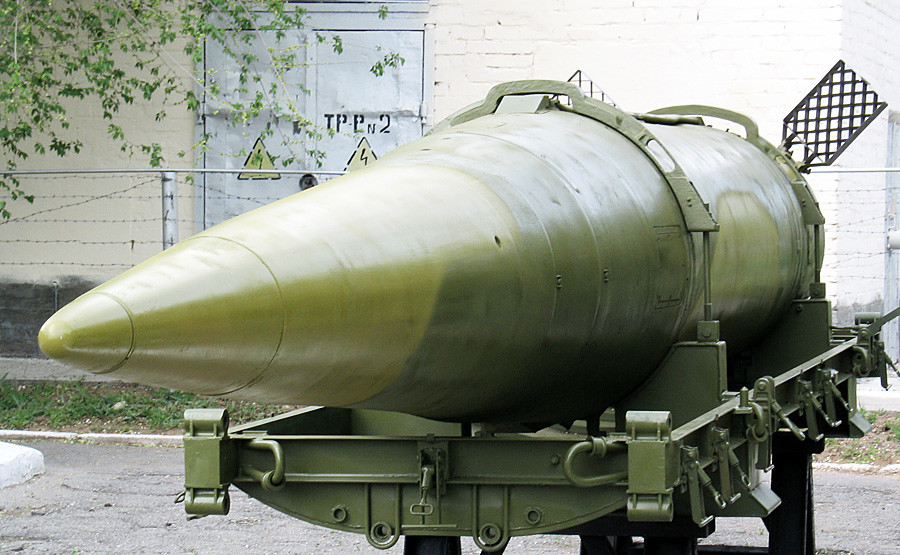 'Spider', a top-notch Soviet missile, was not supposed to be included in the INF treaty but the U.S. insisted.

Although it was a universal achievement on an unprecedented scale, for the USSR it had a somewhat bittersweet taste. It was not only because Moscow had to destroy two and half times more missiles and three times more warheads than Washington did, as a Carnegie foundation scholar has asserted (the article is in Russian). The Soviets also had to give up a top-notch missile despite the fact that it had only a reach of 250 miles. It was the “Oka”, a new Soviet mobile ballistic missile that was designed by the best Russian engineers and missile designers.

By that time, it was a state-of-the-art development that in the early 1980s replaced obsolete, , Soviet missiles. “Oka” (and its advanced version “Oka-U” which met the same fate) had increased accuracy and was able to hit moving targets. “Oka” had a fast reaction time – one required only five minutes to launch it. It was very hard, almost impossible to intercept the missile, while it could potentially penetrate any anti-missile system. There was nothing similar in NATO's arsenal. 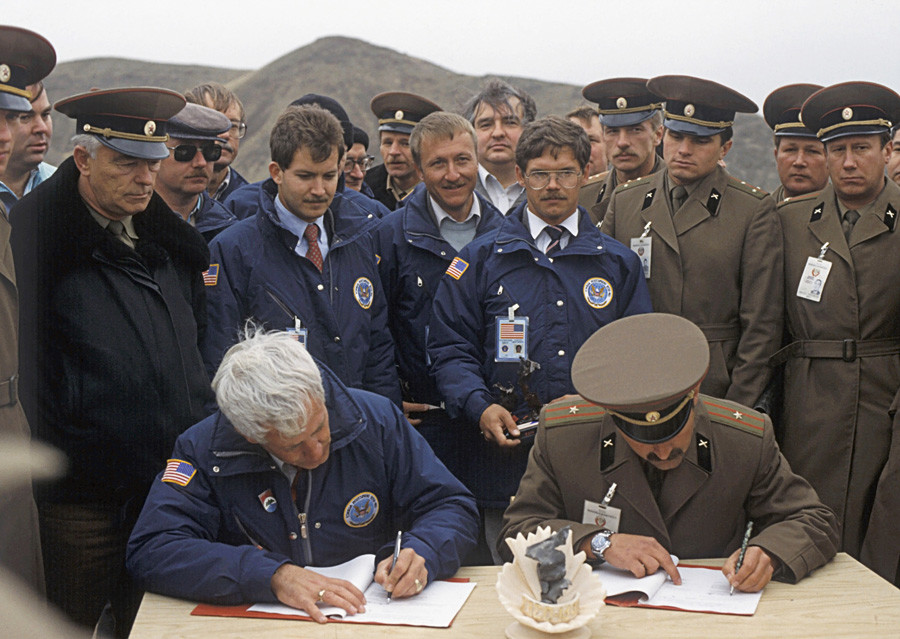 “Oka” was a peak of our creative progress, a triumph of the school of missile building that appeared in the closest cooperation with the scientific elite of the country,” Sergei Nepobedimy, design manager for the missile, wrote in his memoirs. According to him, the news that “Oka” was included in the INF treaty provisions was “like a bolt from the December sky”. “My impression when I got to know about this became printed in my memory. First, I thought it was not possible because it could not simply happen: maybe, it was a printing mistake or unexplainable confusion”, Nepobedimyi wrote.

‘Furor in the Soviet Army’

The decision to scrap "Oka" had already been taken in April 1987. As Achilleas Megas in his book Soviet Foreign Policy Towards East Germany points out, the decision was taken during U.S. Secretary of State George Schultz's visit to Moscow. It was then that Soviet foreign minister Eduard agreed to liquate all Soviet SS-23s.

In the words of another scholar, Steven J. Zaloga, the Soviet leader Mikhail Gorbachev’s administration decision “to give in to U.S. demand” was not taken lightly by the country’s military: “It created a furor in the Soviet Army and amongst Russian military industrial leaders.” The head of Soviet General Staff threatened to resign over the “Oka” situation. Nepobedimyi called Gorbachev’s move “crime, an act of state treason.” However, by 1989 all such combat missiles (more than 200) were destroyed along with 106 launcher vehicles. Those “Oka” missiles that the USSR gave to its Warsaw allies “were gradually eliminated following U.S. pressure, with Bulgaria finally agreeing to demilitarize its launchers in December 2001”, Zaloga wrote in Scud Ballistic Missiles and Launch Systems 1955-2005.

No defense from ‘Spider’

But why was the U.S. so scared by the missile and pressed so hard for its destruction? As US military experts from the RAND Corporation concluded back in 1987, with the “Oka” type missiles the USSR could implement an effective non-nuclear strike on NATO bases, starting a conventional war “on favorable terms”. The pundits also described the main problem here - “the absence of defense against such a threat”. 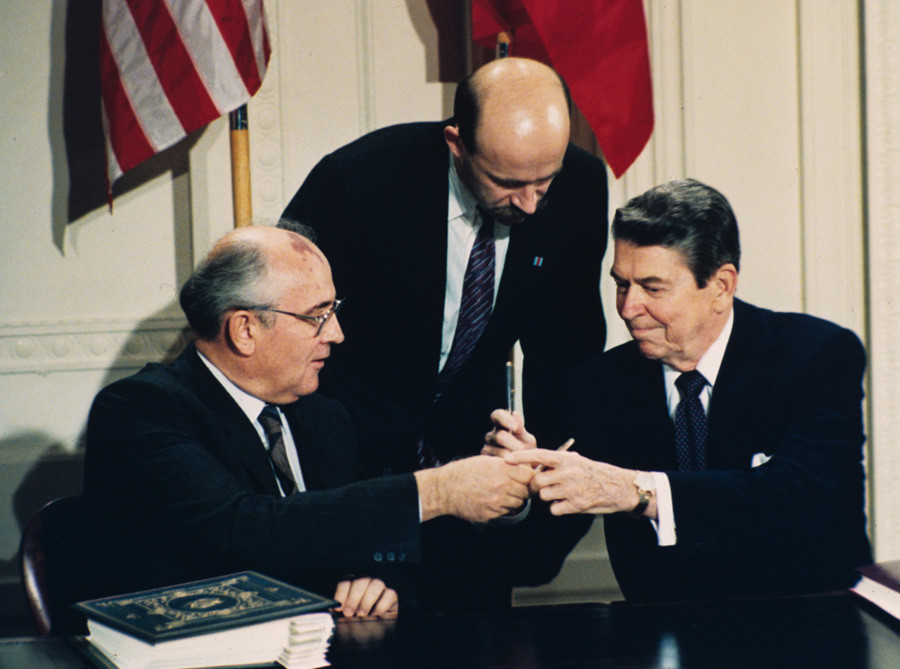 However, how could the Soviet leadership decide to scrap this perfect weapon? According to Vladimir Dvorkin, a Carnegie missile expert, if Washington made the signing of INF treaty conditional on the destruction of “Oka”, then Gorbachev’s team did not have many options. The Kremlin aspired to remove “Pershing-II” missiles from Europe that the U.S. had deployed there in 1983. They could reach the European part of Russia within a few minutes, not giving Soviet leaders time to retaliate.

‘Iskander’ instead of ‘Oka’

At the same time, Gorbachev himself later explained the “Oka” story differently, according to Nepobedimyi. If the Kremlin had stuck to “Oka”, then the U.S. allegedly would have started to modernize some similar missile of theirs. The design manager mocked this argument, pointing out that one cannot exchange “the huge arsenal of ready for use combat missiles” for somebody’s potential decision. No similar American missile was mentioned in the treaty.

So, by the late 1980s old missiles in the USSR were already outdated and the new ones were destroyed. However, Nepobedimyi did not give up and launched a new project, starting the development of what now is known as “Iskander” and “Iskander-M” missile. Due to economic and political havoc in Russia in , the development and testing of the new missile launchers lasted until 2006, with first missiles deployed to the army only in 2011. In the opinion of experts, as a bonus to this long process, “Iskander” missiles in many respects have turned out to be much more advanced than their predecessor.

If you are interested, you can also read about the latest Russian weapons unveiled in 2017.