New RT documentary: ‘The Red Army is being erased from history’ 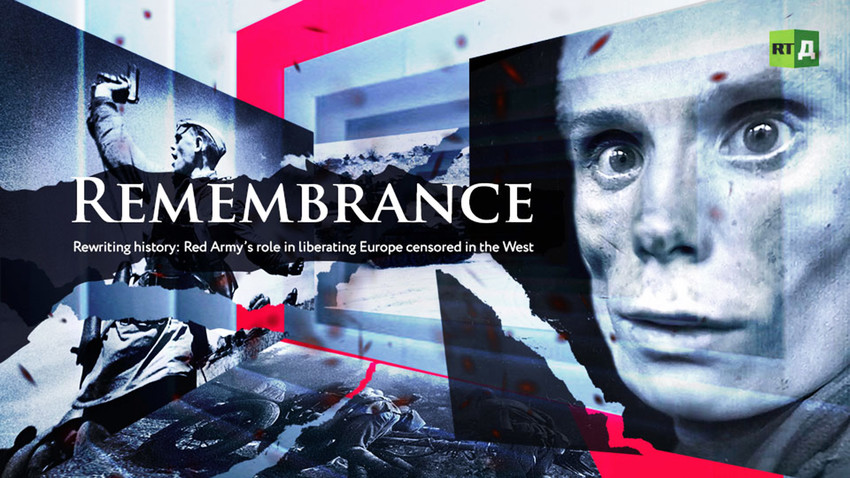 "The story of how the Red Army saved Europe from the Nazis is being wiped from Western history books," RT’s new documentary claims

RT
‘Remembrance’ is devoted to making sure the world knows just how big a sacrifice the Soviet Union made during WWII, and accuses Europe of overlooking the USSR’s efforts in helping to defeat Nazi Germany.

“The story of how the Red Army saved Europe from the Nazis is being wiped from Western history books, with Russian soldiers increasingly being portrayed as oppressors and occupiers rather than ,” RT’s new documentary - Remembrance - claims. To back up this claim the state-funded TV channel highlights Poland, where the lower house of parliament approved a bill to demolish Soviet-era statues, including monuments to Red Army soldiers. The law was proposed by Poland’s Institute of National Remembrance, with one of its professors stating: “I can say with confidence that here the Red Army is seen as invaders that occupied our lands.” In the same vein, Polish guides in Auschwitz concentration camp do not mention that Russians soldiers helped liberate it, while also claiming WWII was started not only by Adolf but also Joseph Stalin.

Not everybody in Poland is happy with the new legislation . “The Polish people gained independence and freedom from German fascism with the help of the Soviet Army. We, the post-war generation, say we wouldn't have been born...if Hitler had defeated Stalin,” Tadeusz Kowalczyk, a reserve colonel in the Polish army says in the documentary.“People forget, or don't want to remember, what Hitler had in mind for the Slavs. They forget about Generalplan Ost, according to which only three million Poles would be left alive, enslaved by Germans, while Russians were to be exterminated along with the Jews,” echoes Jerzy Tyc, chairman of the KURSK memorial society in Poland.

Peter , a researcher from the Austrian Black Cross memorial society that takes care of Soviet soldiers’ graves, points to the human dimension of what happened more than 70 years ago. “The fallen soldiers, or those who died in captivity, also had mothers and families. No matter your nationality or religion, a mother's grief is always the same.”

These things are not really highlighted in most European textbooks. As well as the fact that in 1934, Poland was the first European country to sign a nonaggression deal with Hitler, called the Pilsudski-Hitler Pact.

What’s more, the fact Britain and France signed the Munich Agreement with Hitler is also usually omitted from the history books. The pact enabled Germany, helped by Hungary and Poland, to annex part of Czechoslovakia between 1938 and 1939 - military aggression which effectively set WWII in motion.

Tadeusz Kowalczyk is cited in the documentary as saying that “in 50 years Polish kids will think that it wasn’t the Red Army that liberated Poland...but the American one.” As the filmmakers underline, “very few Westerners know that, while U.S. deaths in Europe amounted to some 300,000, the Soviet Union suffered well over 25 times this number. Moreover, the Red Army fighting in the East killed more than four times as many German soldiers as the U.S. and its allies did on the Western Front.”

You can watch Remembrance on RTD Documentaries on May 9.