Did you know Russia has its own Terror and Erebus? 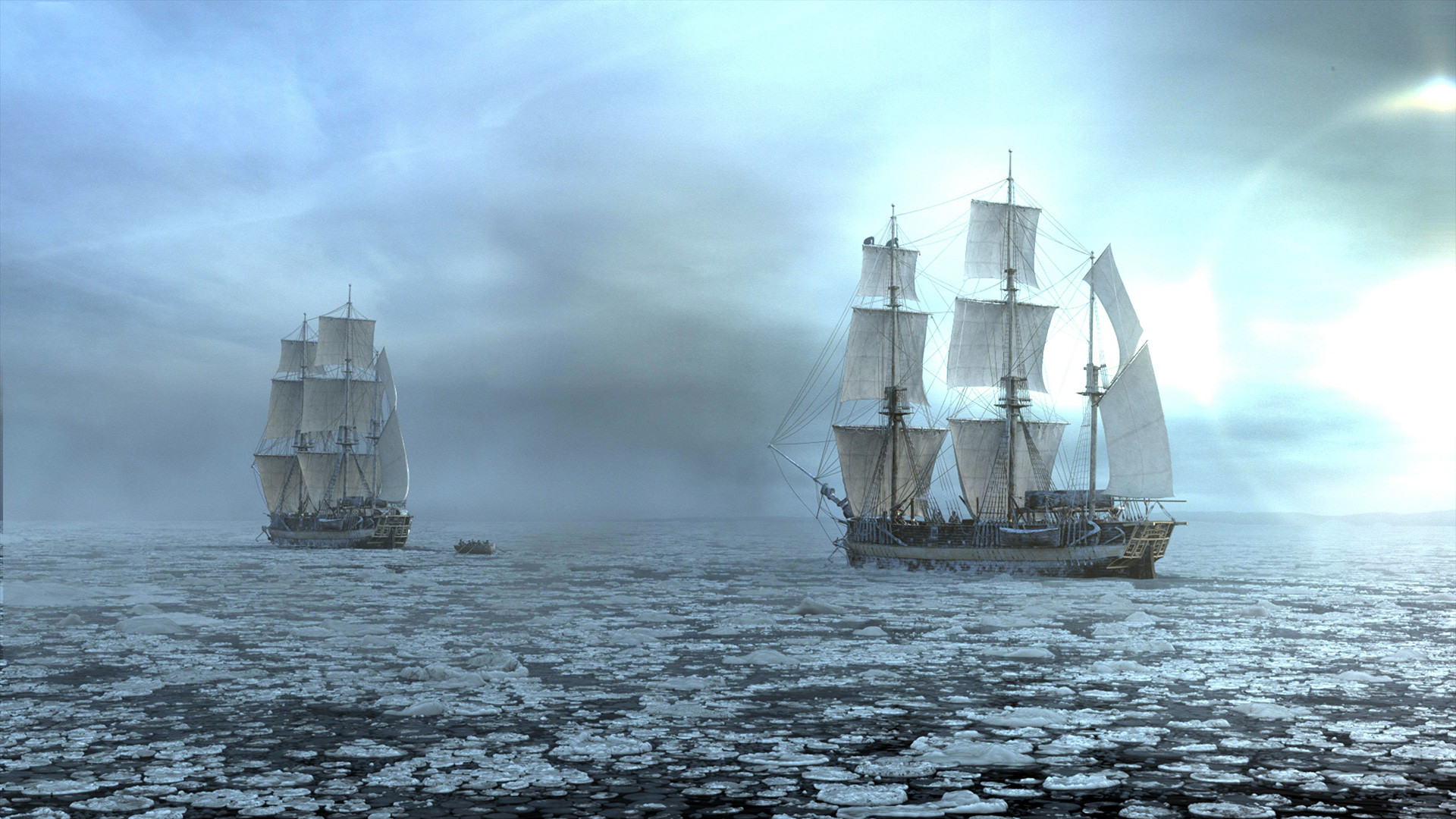 AMC, 2018
As AMC’s popular TV series The Terror, about the real-life unexplained disappearance of two British vessels in the Arctic, hits the small screen, Russia Beyond presents its own list of the most mysteriously lost expeditions in Russian history.

On June 21, 1900, the Arctic explorer Baron Eduard von Toll went on a polar expedition on the brig Zarya (“Sunrise”) to conduct research in the East-Siberian Sea. One of the expedition’s participants was Alexander Kolchak, the future leader of the Whites, the anticommunist movement in the Russian Civil War (1917-1922). 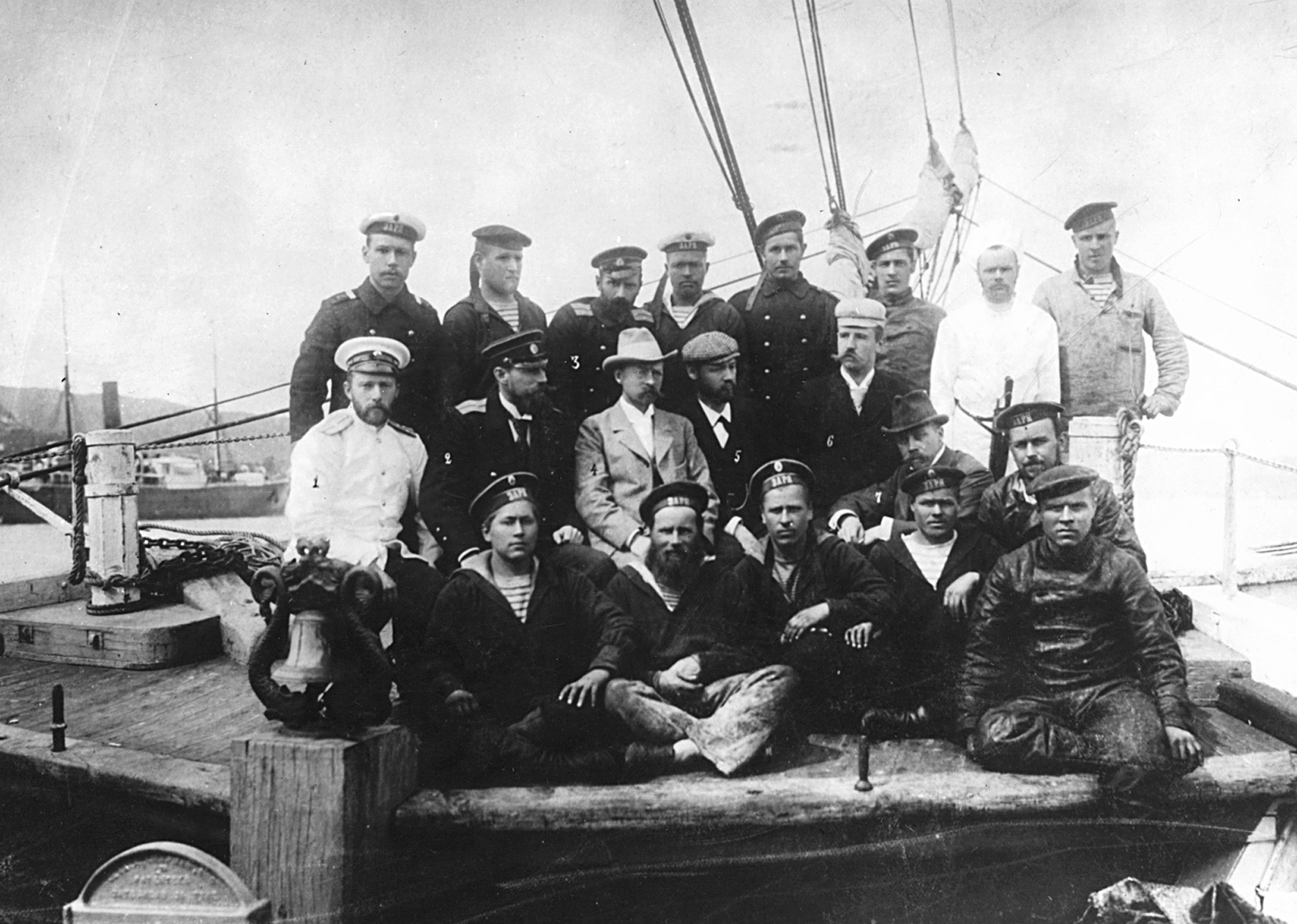 After two years of the journey, in May 1902, Baron von Toll and his three companions left the ship and embarked on a separate voyage on sleighs and canoes across the islands of the Arctic archipelagos. It was planned that the ship would take them onto Bennett Island, but this never happened. The thick ice didn’t allow the vessel to come close to the island. The Zarya ran aground in one of the bays in the mainland, and its crew was evacuated by the Lena steamer.

As for Toll’s group, it is believed that after they failed to rendezvous with the Zarya, they tried to reach the mainland on its own. Still, they never succeeded and their fate remains unknown.

Loss of the Hercules

Vladimir Rusanov enjoyed a reputation as the perfect polar explorer, who organized several successful expeditions in the Arctic. However, one such voyage cost him his life. 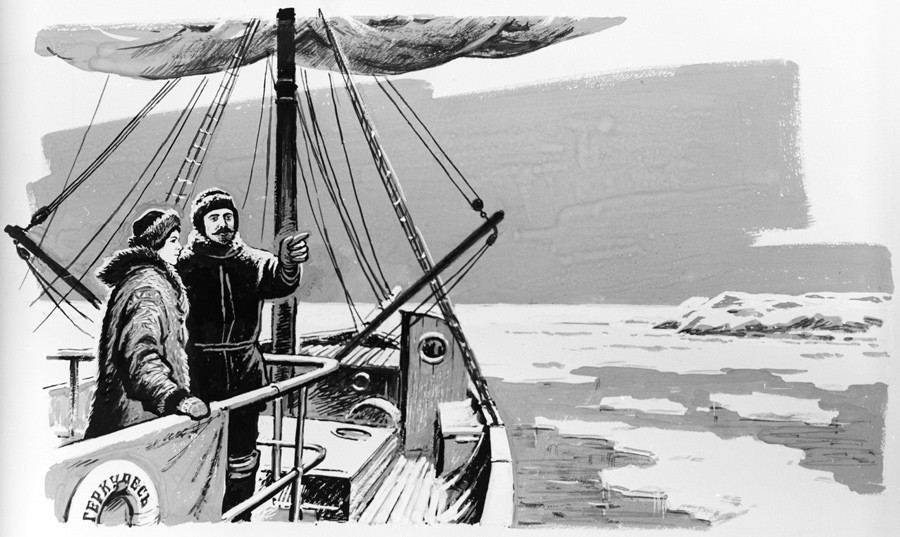 The drawing "On Deck of the Hercules with Wife Juliette Jean," by V.Orlov. Gouache, pen. Reproduction. A series of drawings on the Arctic explorer Vladimir Rusanov (1875-1913).

The Hercules ketch, with Rusanov, his wife and 14 crew members on board, sailed to Svalbard, where it studied the western part of the archipelago. In Svalbard’s southern part the vessel ran into a strong storm, after which nothing is known about its destiny. 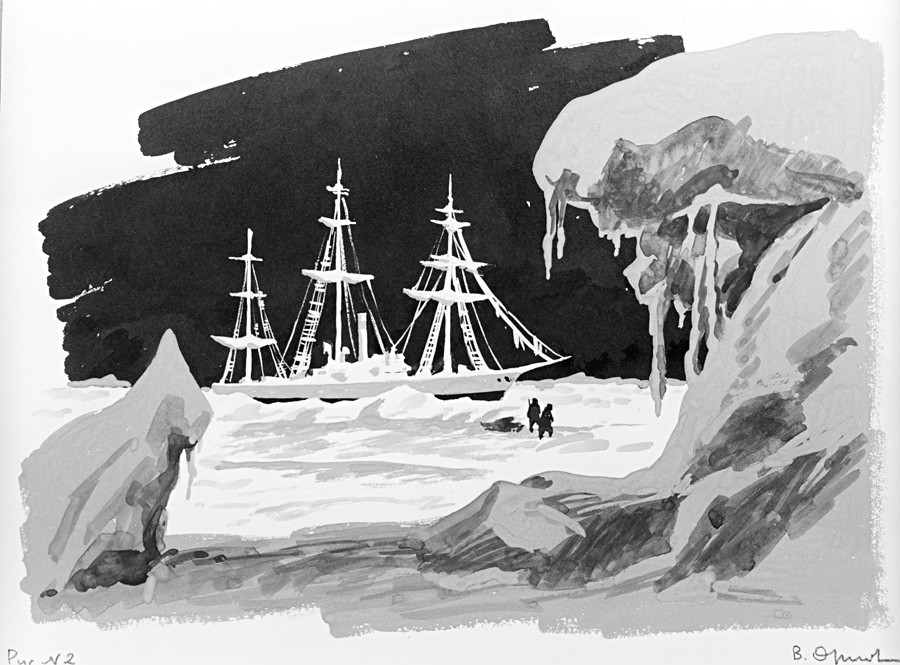 The drawing "The Ice-Bound Hercules," by V.Orlov. Gouache, pen. Reproduction. A series of drawings on the Arctic explorer Vladimir Rusanov (1875-1913).

Several search parties were organized, but resulted in nothing. Only in 1934, on a nameless archipelago island, was a wooden column discovered with the phrase inscribed: “HERCULES. 1913.” That same year on another island, the personal effects of the lost explorers were found. Still, the remains of the ship and crew were never discovered.

On Aug. 10, 1912, the Saint Anna gun vessel left St. Petersburg on an ambitious journey – to ply the Northern Sea Route under the Russian flag for the very first time. 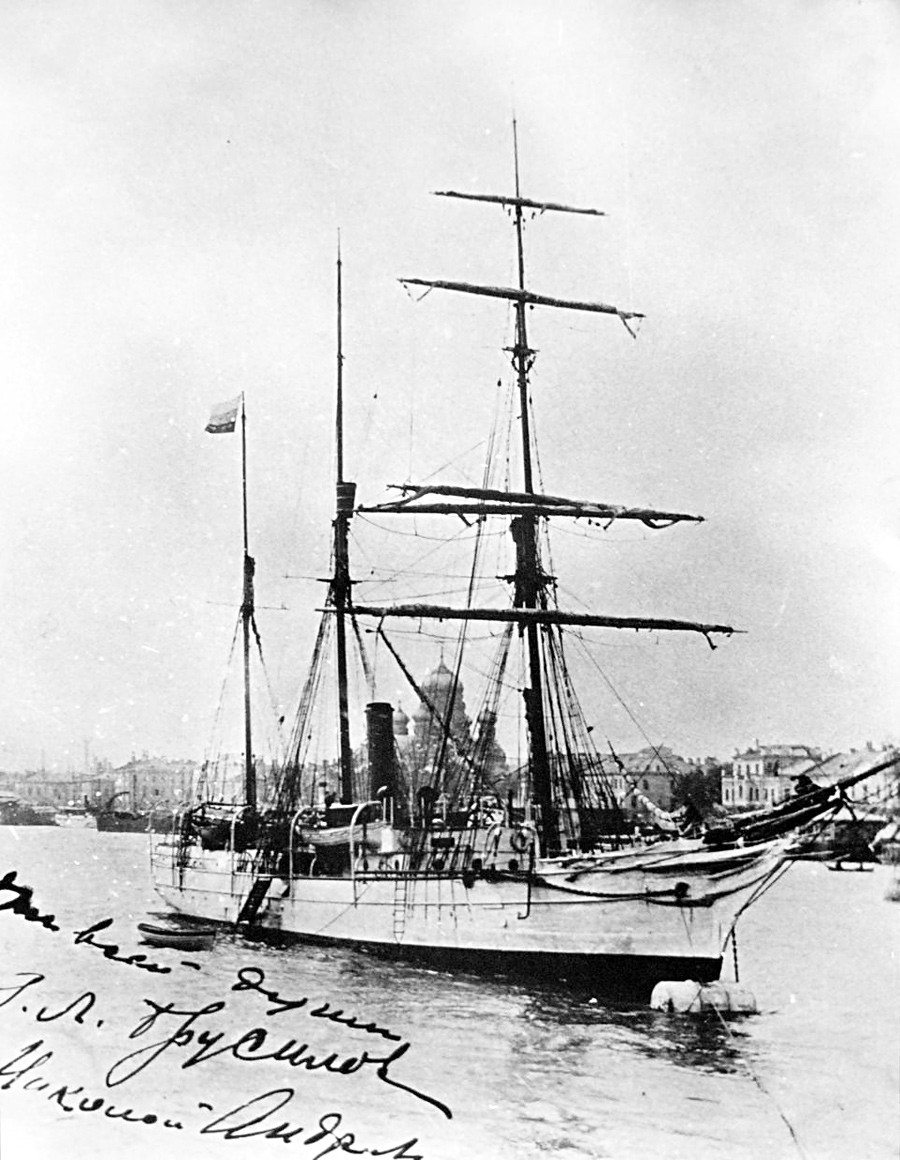 Thick ice prevented the vessel from going eastwards and forced it to move north, until in 1914 it got stuck near the Franz Jozef Land archipelago. There the crew divided. 14 members moved southwards in the hope of reaching inhabited lands. Almost all of them died during the journey, except for the navigator Valerian Albanov and sailor Alexander Konrad. The notes and observations they brought back made a significant contribution to the study of Arctic navigation. 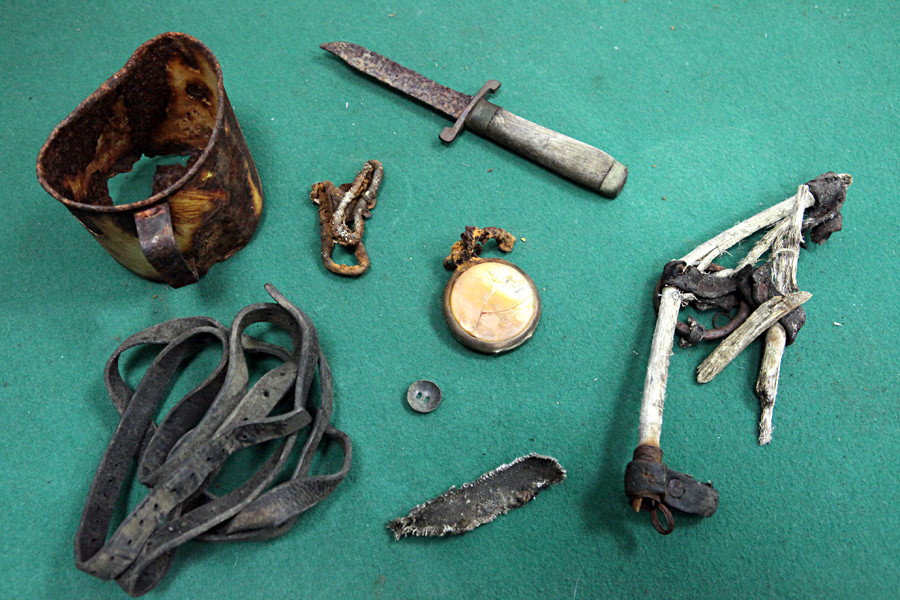 Findings made by Russian scientists at Franz Josef Land where Georgy Brusilov's Arctic expedition disappeared in 1913.

The fate of the captain Georgy Brusilov and 13 sailors who decided to stay onboard is unknown, since the Saint Anna was never seen again, despite numerous search parties.

The Arctic is a harsh world that lives according to its own cruel laws. Here you can find out how Russians manage to survive there.