Why did Trotsky execute a hero who saved the Soviet Navy in 1918? 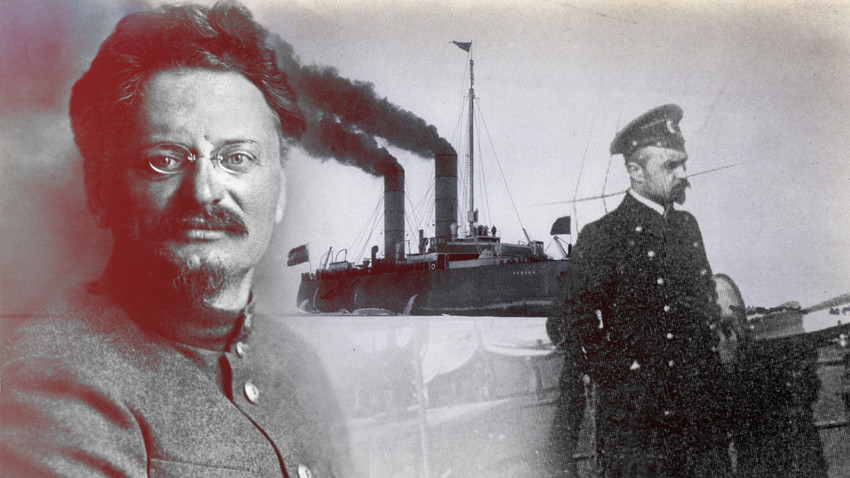 Getty Images, Tyne & Wear Archives & Museums/Flickr, Public domain
Bolshevik terror often didn’t differentiate between enemies and friends, often wantonly killing both. One of its victims was Captain Alexey Schastny, who saved the entire Baltic Fleet from capture by the Germans.

On the early morning of  April 11, 1918, the Imperial German Navy was approaching Helsingfors, (today Helsinki) in order to intervene in the Finnish Civil War and crush the forces of Communism. But, it wasn’t the only goal.

The Soviet Baltic Fleet, a neutral party in this theater of conflict, was docked in the Finnish capital and was preparing to return home. The German leadership, however, had ambitious plans to capture the Russian warships, which seemed to be easy prey.

A brilliant Russian operation foiled those plans, however, and the silhouettes of the last departing Russian vessels were the only thing that the German officers saw on the horizon. Right under their noses, the commander of the Baltic Fleet, Captain Alexey Schastny, managed to organize a daring and difficult evacuation of the several hundred naval vessels across the frozen Gulf of Finland to the Russian naval base at Kronstadt.

Trapped in the ice

In early 1918, the Russian Baltic Fleet was a pale shadow of its former glory. After enduring World War I and the chaos of Revolution, it suffered from poor discipline and low morale, as well as insubordination and severe tensions between officers and sailors. 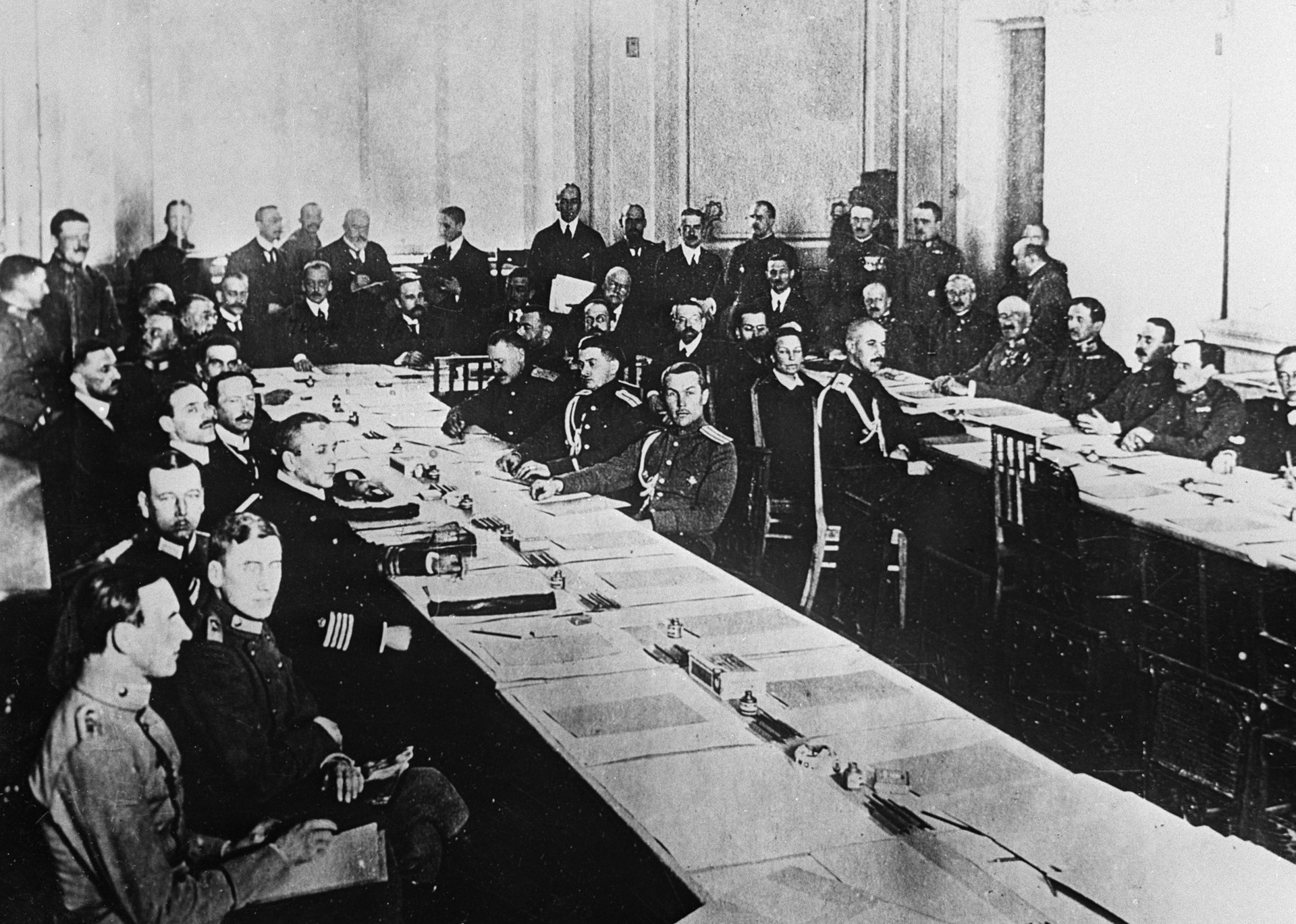 A meeting of the peace conference where the Treaty of Brest-Litovsk was concluded on March 3, 1918.

Newly-independent Finland was no longer part of Russia, and Russian troops, including the Baltic Fleet, were obliged to leave the country. The sailors were merely waiting for the frozen Gulf of Finland to .

Navigation in the Gulf during the harsh winter of 1918 almost ceased, and while Captain Schastny had several icebreakers at his disposal, he only would let the warships go in an extreme case.

Now, such an extreme case had arrived. While the Germans had signed a peace treaty with the Russians at Brest-Litovsk on March 3, they were eager to take advantage of Russian and decided to capture the entire Baltic Fleet.

The German leadership wanted to kill two birds with one shot. Finland was torn apart by civil war between the Reds and Whites, and while Russia proclaimed its neutrality (at least officially), Germany was going to enter the conflict and expand its influence in the region. 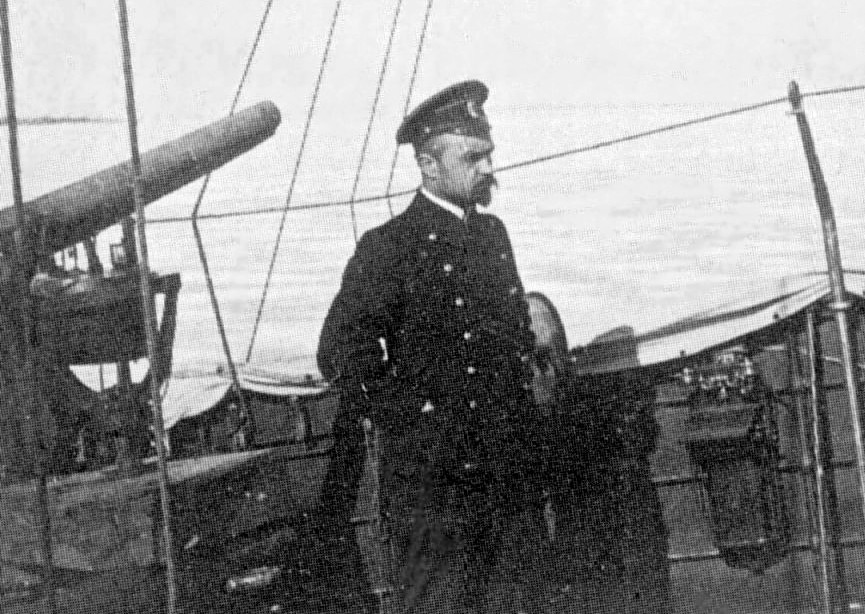 The Germans offered to help the Finnish Whites, which was gratefully received. On March 5, the Imperial Navy approached the Aland Islands, which became the main German base for intervention in Finland.

During the next weeks, German troops came closer and closer to the Russian Navy: on April 3, they occupied Hanko Peninsula in southern Finland; and on April 7 they entered the town of Loviisa about 80 km from Helsingfors.

The Germans were sure that the Russian Fleet was trapped, and would not have enough time to leave for Kronstadt. Several hundred warships seemed to be , helpless and attractive prey.

The Bolshevik leaders offered Captain Schastny two choices: bring the fleet home, or blow it up. The second option was much easier, but the captain decided to save the ships.

To organize and motivate sailors suffering from low morale wasn’t an easy task, but Captain Schastny achieved the impossible, convincing his officers to act smoothly and quickly despite the fact that there was little time. 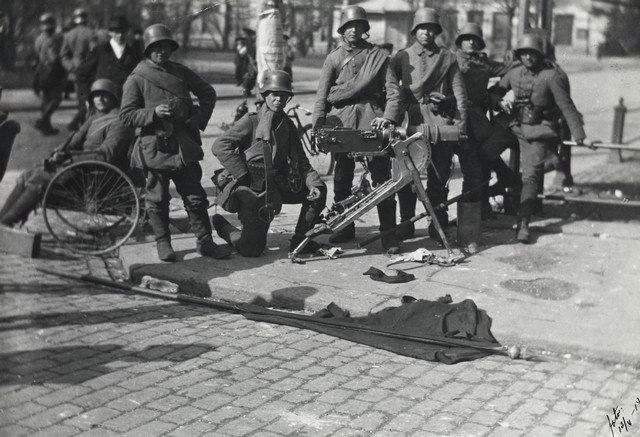 The captain realized he couldn’t move all his vessels at once, and so he decided to conduct the evacuation in three stages, with the first in early March when the Gulf of Finland was still frozen.

The first detachment of ships left Helsingfors on March 12. With great the icebreakers crushed the ice to make a narrow path for the dozens of other vessels. Since the six Russian battleships were of great value they were the first to leave the Finnish capital.

A mechanic known to history only as G. Trusov served on the submarine Tur, and he recalled how difficult it was for the icebreaker Yermak to clear a path for the others: “The thick ice with difficulty succumbed to the onslaught of the naval giant. From time to time it stopped, returned and again crushed the pressure ridges.”

If in summer such a journey would take seven hours, in early spring it took almost a week. On March 17, the first ships entered Kronstadt 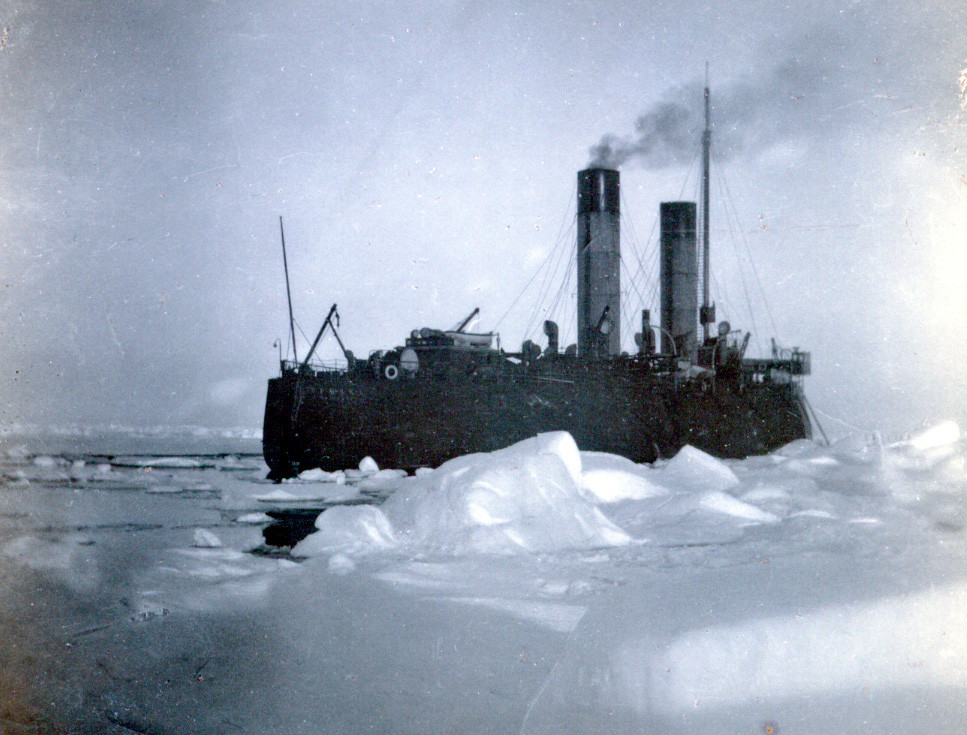 second detachment of ships left Helsingfors on April 4, and just three days later the third group had to quickly set sail because German troops and warships were now dangerously close to the city.

Captain Schastny left Helsingfors on one of the last ships on April 11, which was the eve of the city’s capture by the Germans. Their officers, however, helplessly watched how the Russians slipped away right under their noses.

A squadron of British submarines, which fought in the Baltic alongside the Russians during the Great War, was also stationed in Helsingfors. It could neither leave for nor go to Bolshevik Russia. Not willing to surrender to the enemy, the British sank the submarines in the Gulf and left for London any way they could.

On April 20, the last warships of the Baltic Fleet reached Kronstadt. Captain Schastny didn’t lose a single warship and returned home with all 236 vessels, including six battleships, five cruisers, 59 destroyers 12 submarines. Only several non-essential ships had been left behind. 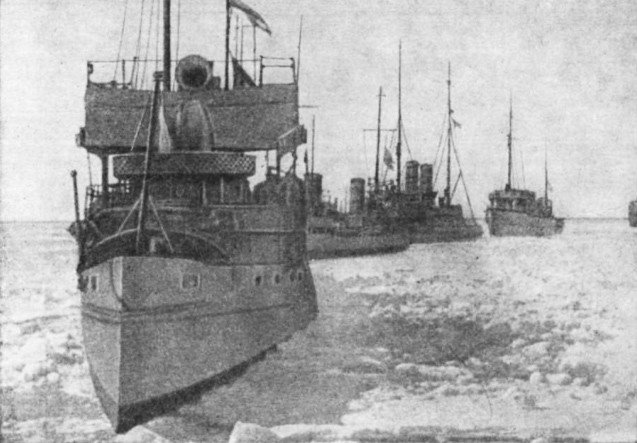 Captain Schastny was celebrated as a “Red Admiral” and “Savior of the Navy.” He was certainly a hero, but not for everybody.

The captain’s prestige was so huge that it aroused the envy of Lev Trotsky, who was then in charge of the Soviet Army and Navy. In addition, Captain Schastny and Trotsky couldn’t find common ground, arguing on every question. As a result, Trotsky decided to destroy the famous captain, whom he called “a criminal of significant importance.”

Thanks to Trotsky’s intrigues, Captain Schastny was accused of counterrevolution. “, by making a heroic deed, created himself that he was going to use later against Soviet power,” said the accusatory statement.

Despite the obvious absurdity of the accusation, Trotsky’s power played a decisive role, and the Baltic Fleet commander was executed on June 22, 1918. His role in the “Ice Cruise” was totally removed from Soviet historiography. 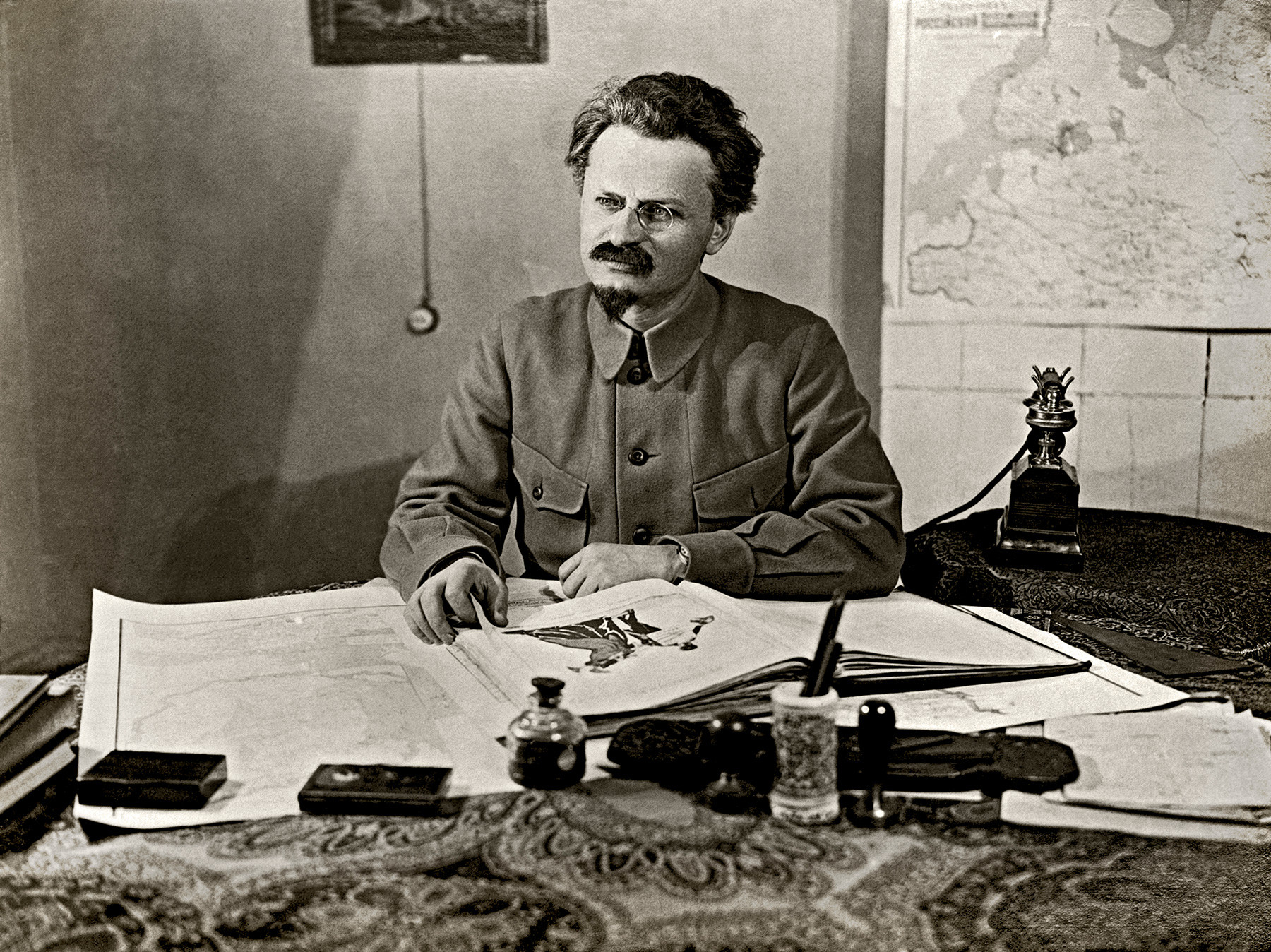 Shortly before his death, Captain Schastny said: “Trotsky executes me for two things: first, for the salvation of the fleet in impossible circumstances; and second, because he knew my popularity among the sailors and was afraid of this.”