gorkyclassic.ru
Soviet vehicles were rarer than hen’s teeth at exhibitions abroad. We came up with a list of exceptions.

The most successful Soviet appearance at an international motor show was in Brussels in 1958, when the Volga GAZ-21 won the Grand Prix prize. 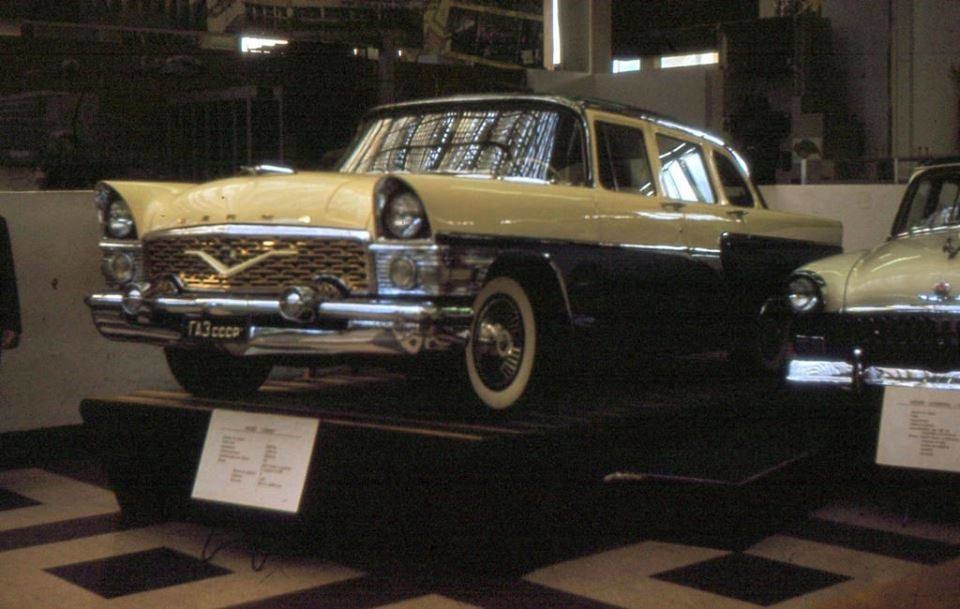 At the same event in Brussels, the flagship of the Gorky Automobile Plant, the Chaika GAZ-13, went on . Although Chaikas were not sold in capitalist countries, it was used at exhibitions as a show-stopper. 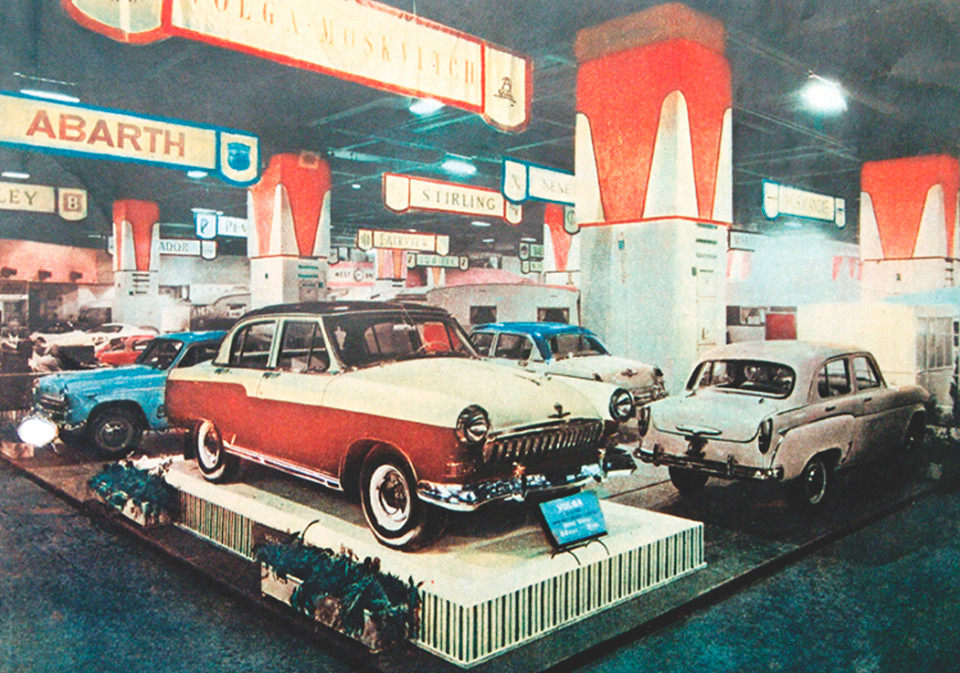 In London 1960, Soviet car makers surprised the European audience with their big-is-better US-style designs. Against a backdrop of diminutive Beetles and Minis, the Soviet Volgas and Moskvitches looked very imposing.

This photo from the 1960 Leipzig motor show clearly shows that Soviet products at foreign exhibitions were usually lumped all together. Mass-produced Moskvitches, large Volgas, luxurious Chaikas, and ZIL limousines stood side by side not only each but Ukrainian bicycles and Moldovan mopeds. 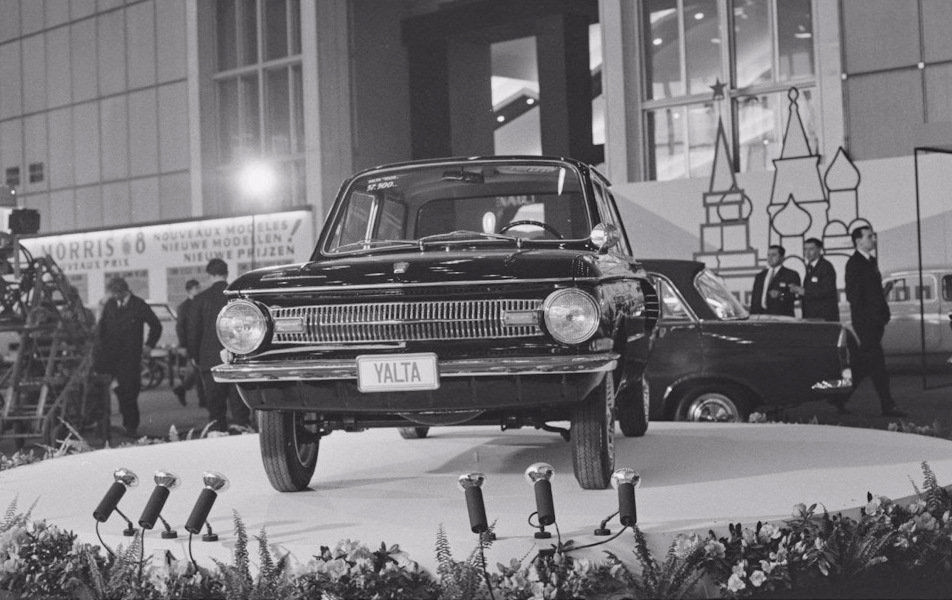 In the late 1960s, the Soviet Union badly needed foreign currency, so it even tried to sell the ZAZ-966 Zaporozhets in Europe. These small, noisy economy cars were not even in demand inside the USSR. they were but under the tongue-friendlier name Yalta. 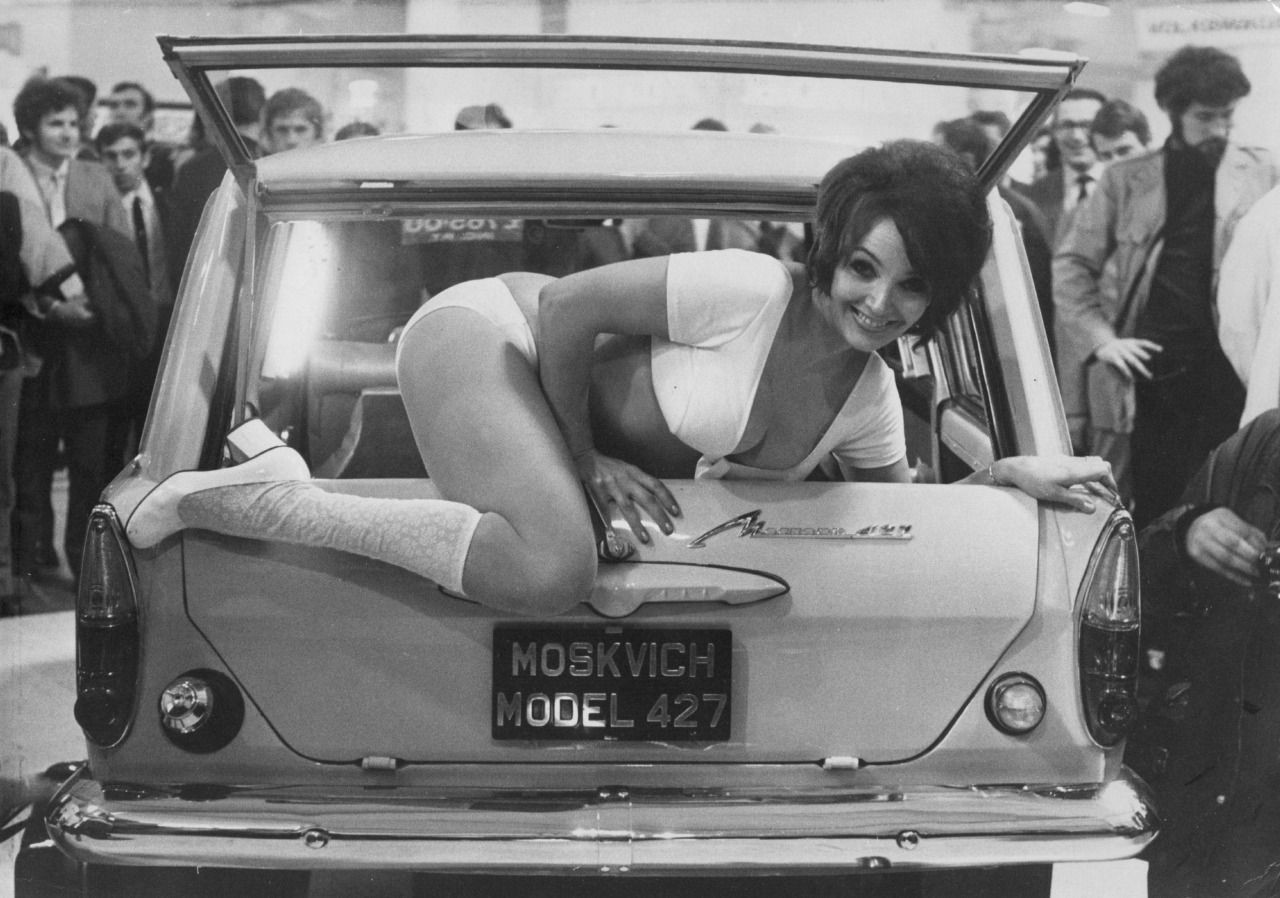 By exhibiting the Moskvich-427, a decent-selling station wagon in Europe, at a show in Paris, the USSR captured the zeitgeist of the European sexual revolution. 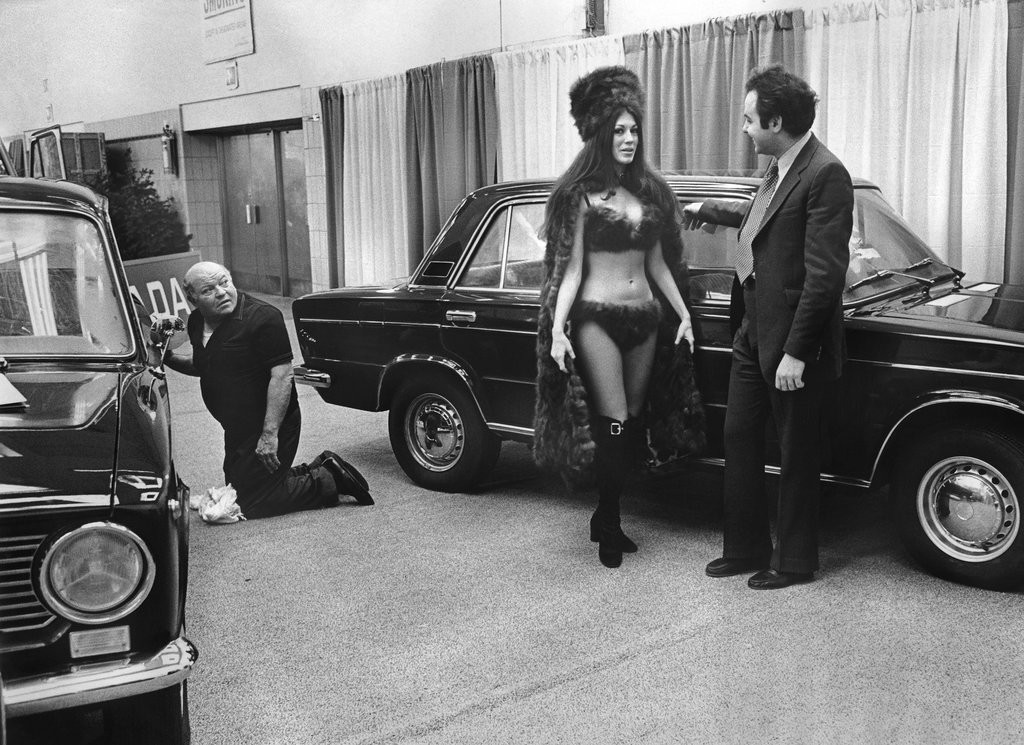 When the USSR bought a license to produce Lada cars from Italy’s Fiat, it was initially forbidden to sell them in Europe. The Lada (Zhiguli) was displayed at an exhibition in the US, where they were presented by women clad in sable bikinis.